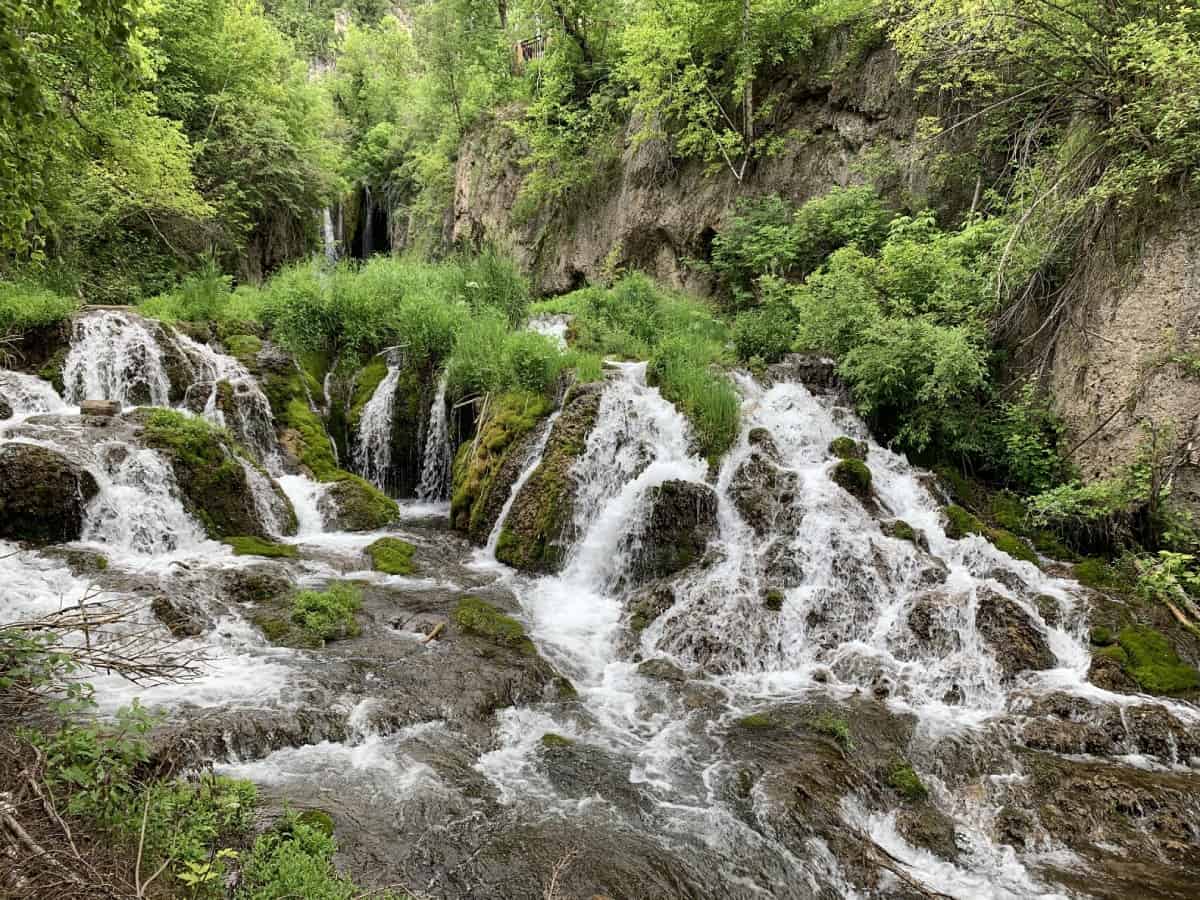 If you’re planning a South Dakota roadtrip, you’re spoiled for choice when it comes to natural beauty.  Your first stops will probably be Badlands National Park and Custer State Park.  But if you’re looking for something a little less known then Spearfish Canyon is a great option. 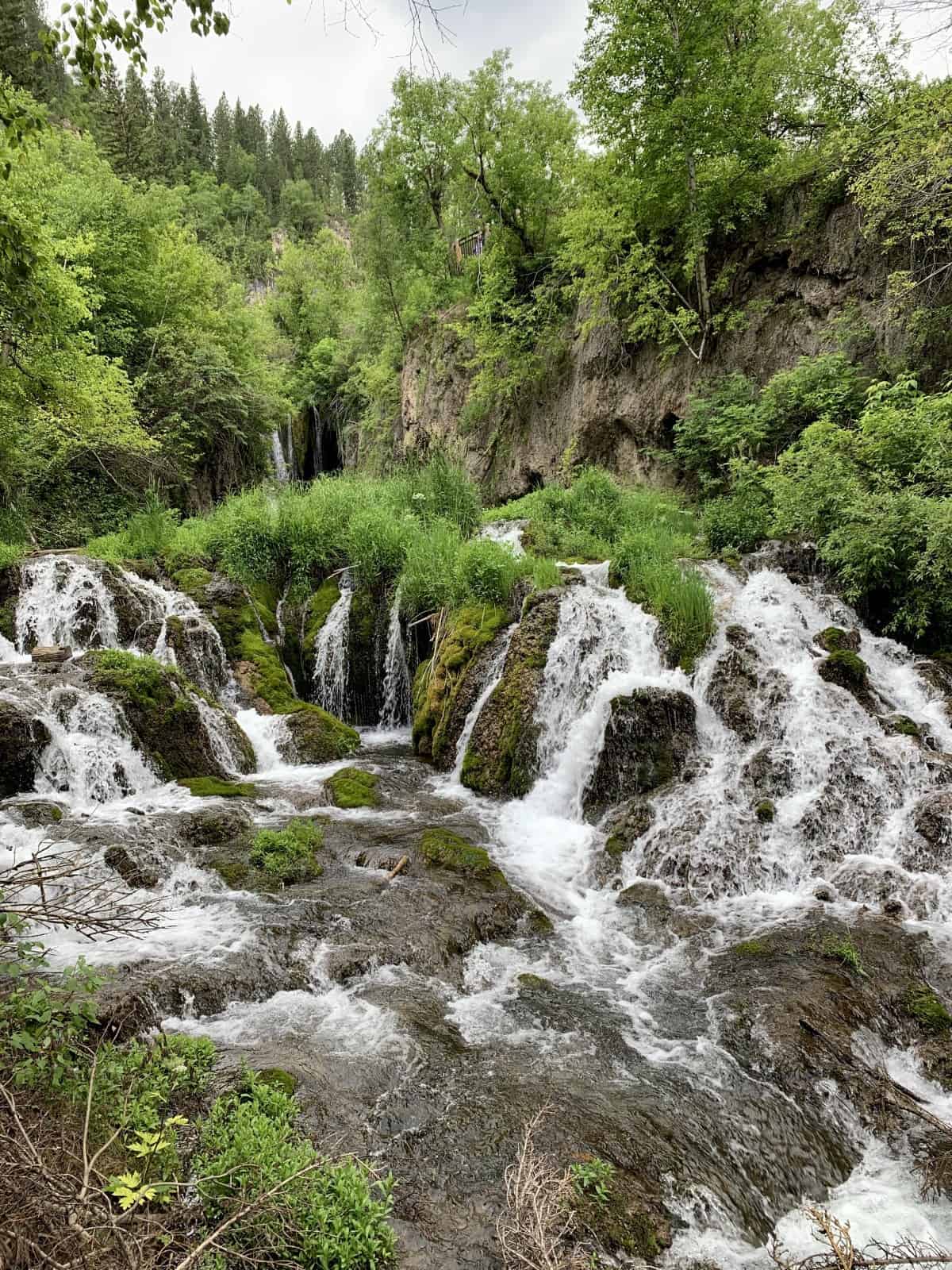 Other info to help plan your South Dakota roadtrip:

A First-Timer’s Guide to Rapid City

How To Plan A Western South Dakota Road Trip Itinerary

Spearfish Canyon is older even than the Grand Canyon, but much more narrow.  The 1000-foot limestone walls carved by the creek are only accessible by horseback but offer some of the most breathtaking scenery in the state—including a number of waterfalls.

For those of us who don’t have the time for a horseback exploration, we can drive the beautiful 22-mile Spearfish Canyon Scenic Byway.  It takes you through the canyon and provides plenty of amazing views. 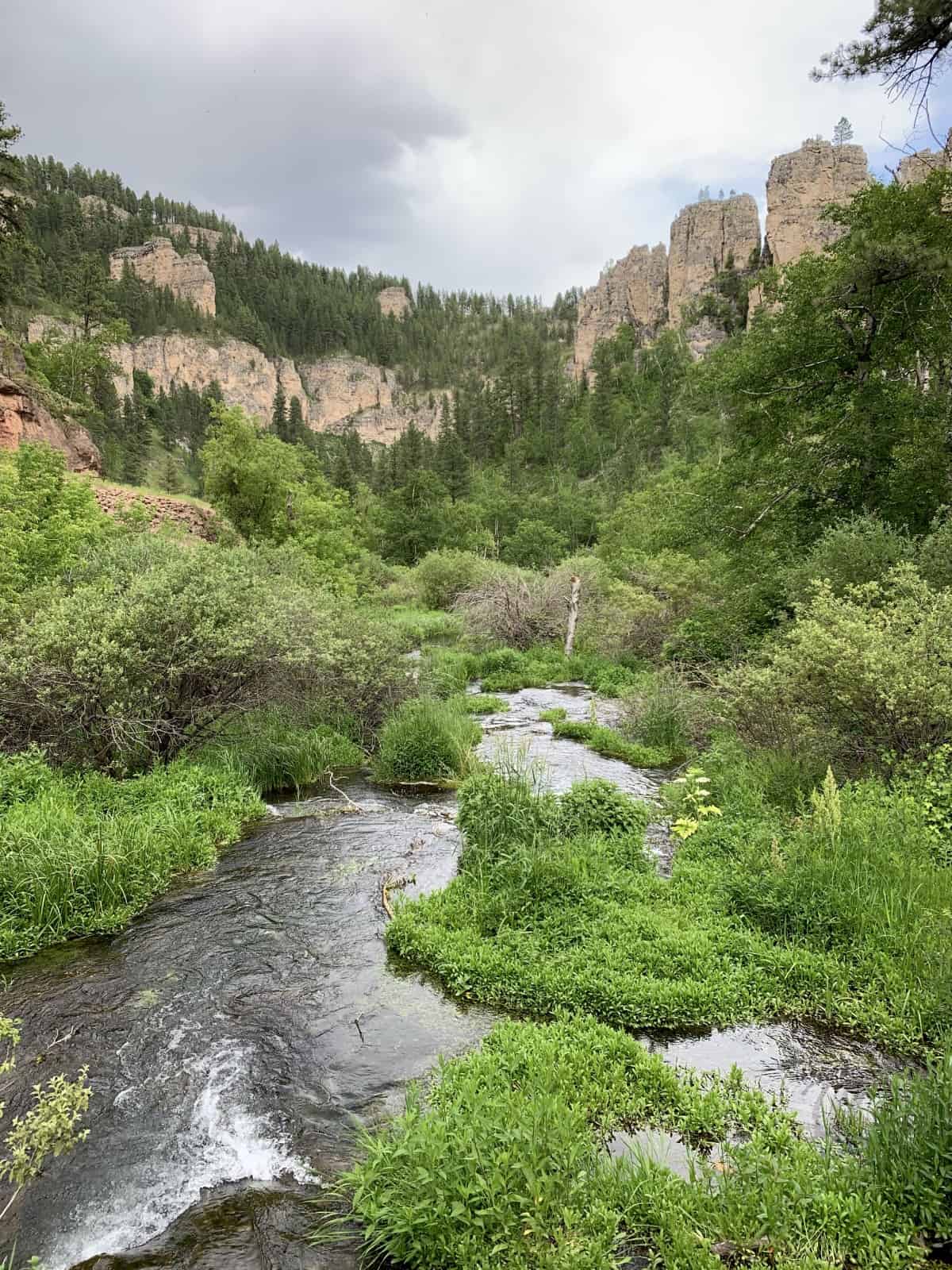 Head up I-90 from Rapid City and then jump off at either Exit 10 or 14 in Spearfish to start down the scenic byway.  You’ll take highway Alt 14A through the gorge, down to the other end at Cheyenne Crossing outside of Lead.  I found Google Maps accurate and useful (and there aren’t a ton of good signs), so feel free to rely on Google Maps.

Below is a screenshot of how I mapped it.  There are several short hikes & waterfalls not far off the road that are worthwhile, and these are a few we tried to catch (knowing we didn’t have time for any *real* hikes).

This is a good example of the journey being more important than the destination.  The road twists and turns through the gorge, with towering limestone palisades on either side.  Plan on at least 2-3 hours for enjoying this (and more if you’re hiking, stopping to eat, etc.).

On a pretty day with the blue skies, puffy clouds, and green trees, it was a glorious sight! 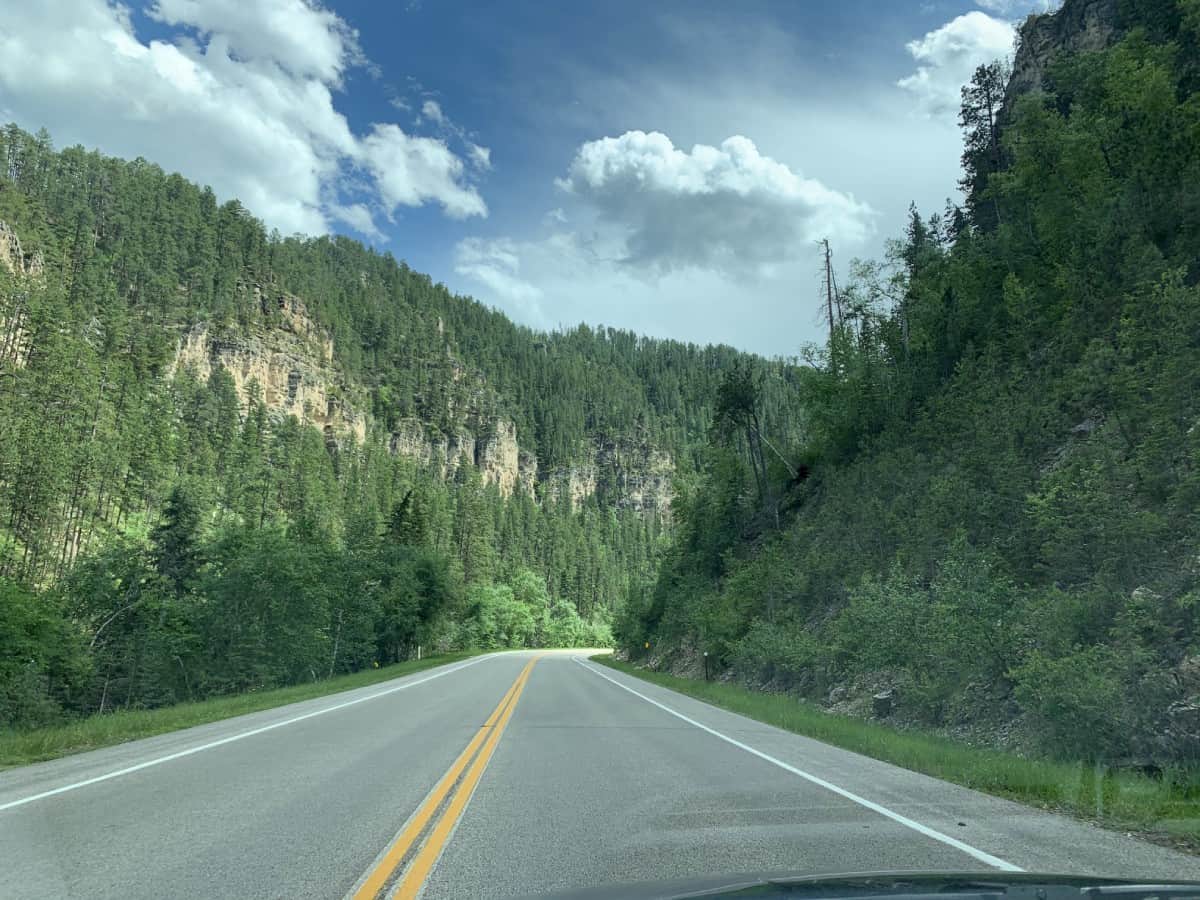 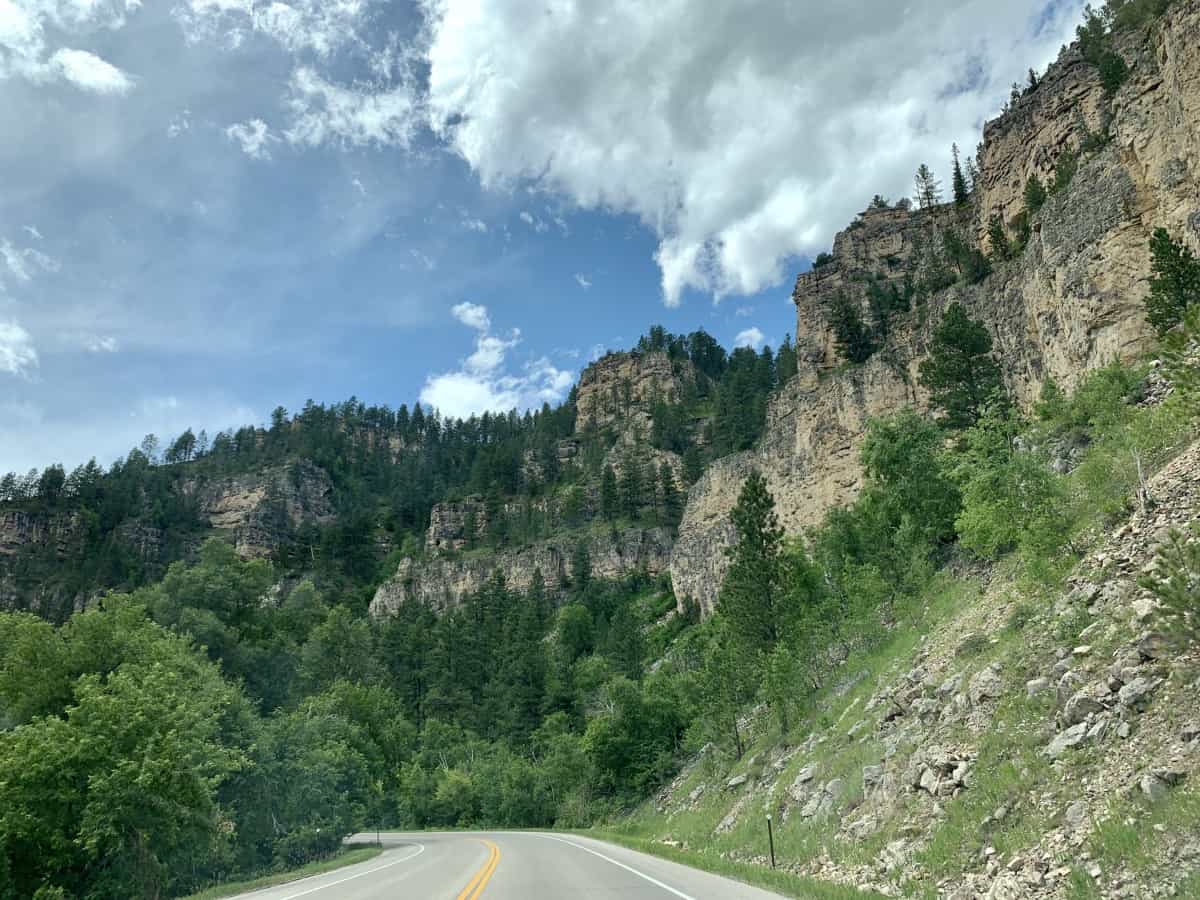 We were a bit underwhelmed by Bridal Veil Falls to be honest, but it’s an easy 5-minute stop right along the Spearfish Scenic Byway.  There’s a (newer, from what I can tell) viewing platform built right next to the road, but you’re pretty far from the actual falls.  It is fully accessible though.

There is also a small hike down next to the falls that we didn’t know about or take, and that might have made these falls feel more “wow”.  However, I think the water volume was pretty low while we were there (late June 2020) and that probably made the falls less impactful. 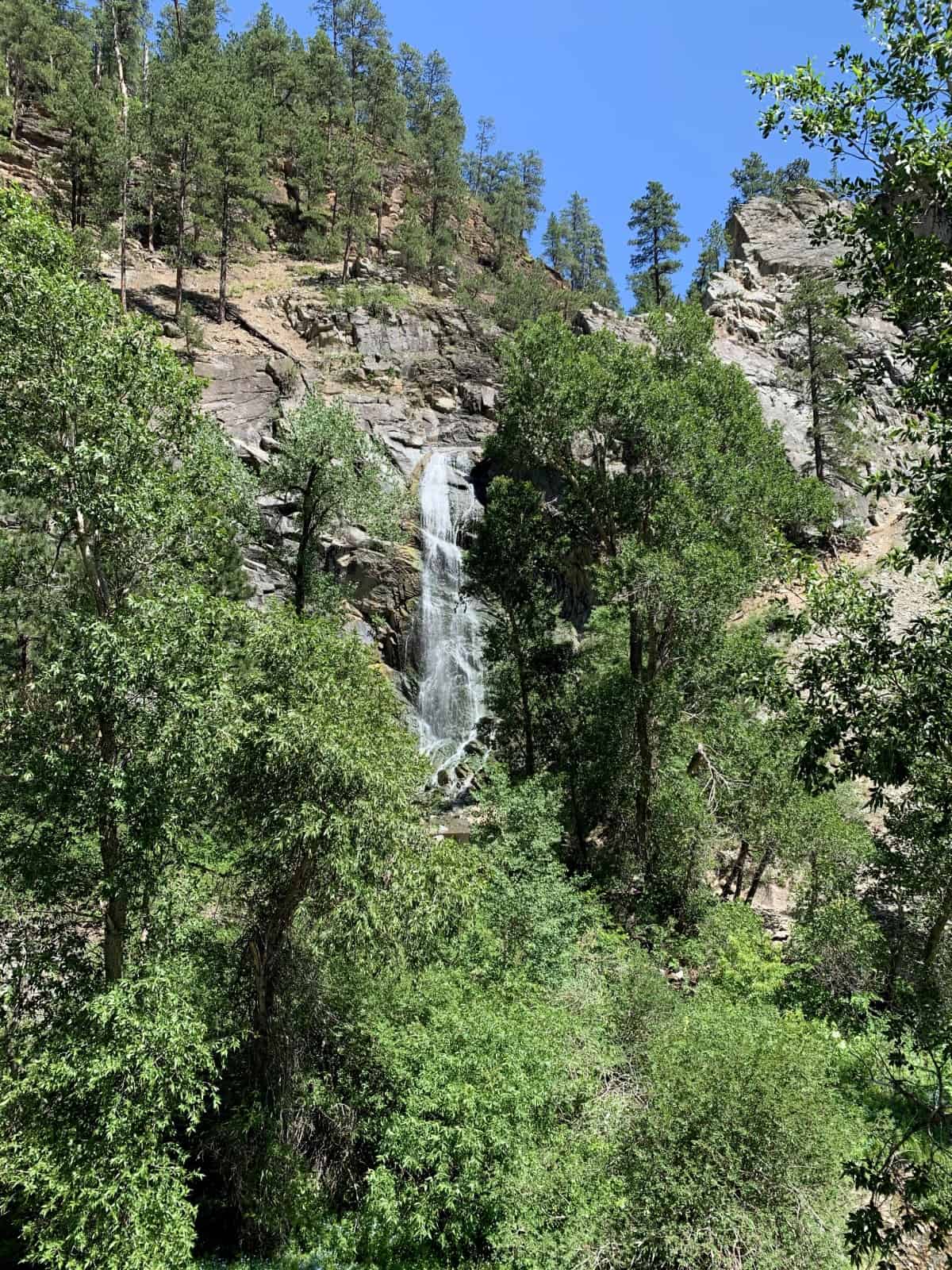 Our next stop along the Spearfish Canyon Scenic Byway was Roughlock Falls.  You can either drive down a little dirt road to the trailhead, or take the easy ~1 mile hike from Spearfish Canyon Lodge instead.

My uncles asked us to drop them off so they could do the hike, and then my parents and I drove down to the parking area. 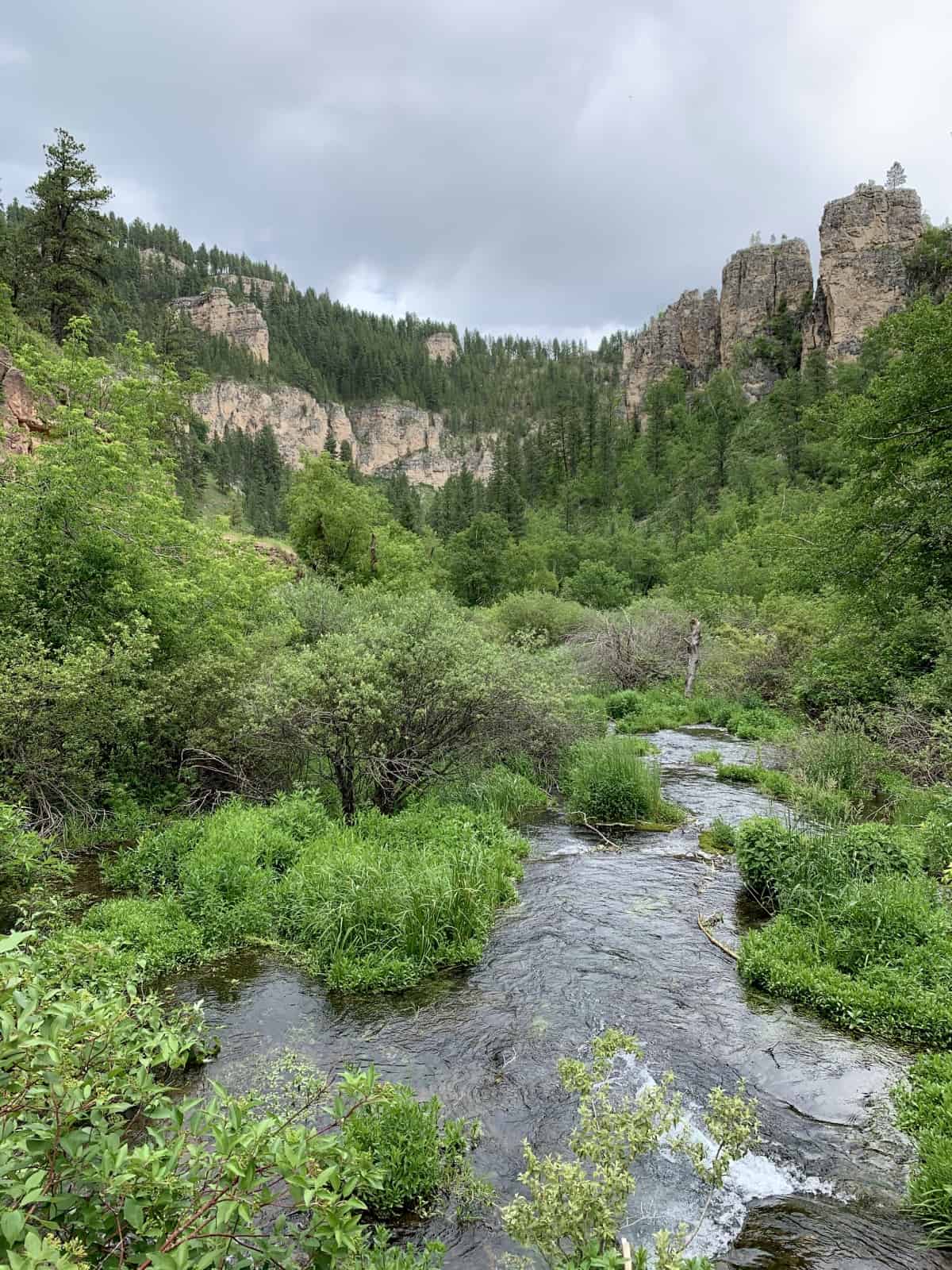 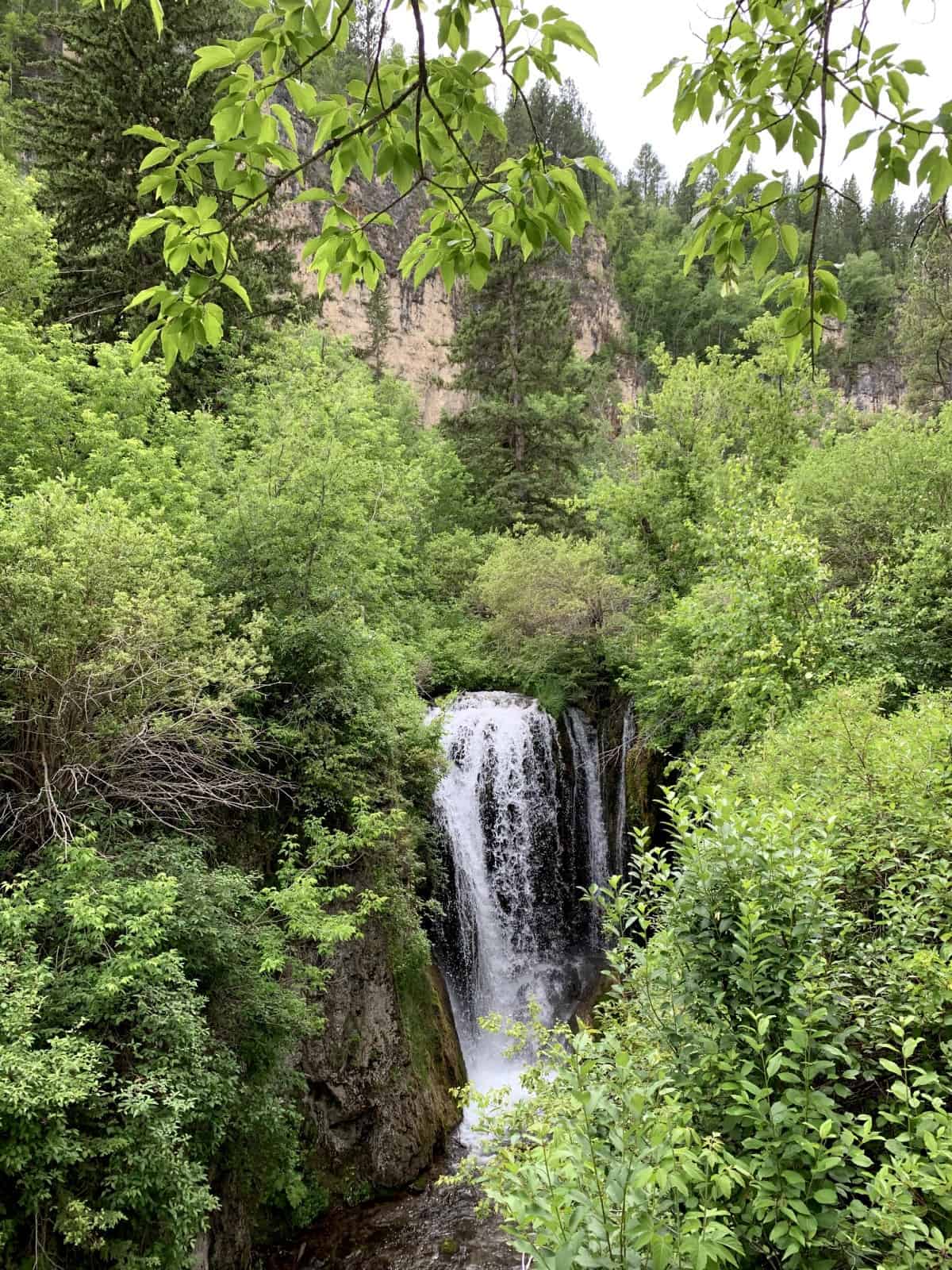 It’s an easy, paved, but STEEP way down to the main falls viewing platform.  We meandered and took a ton of pictures.  There were a few other folks on the path but it felt like we had the place to ourselves for the most part. 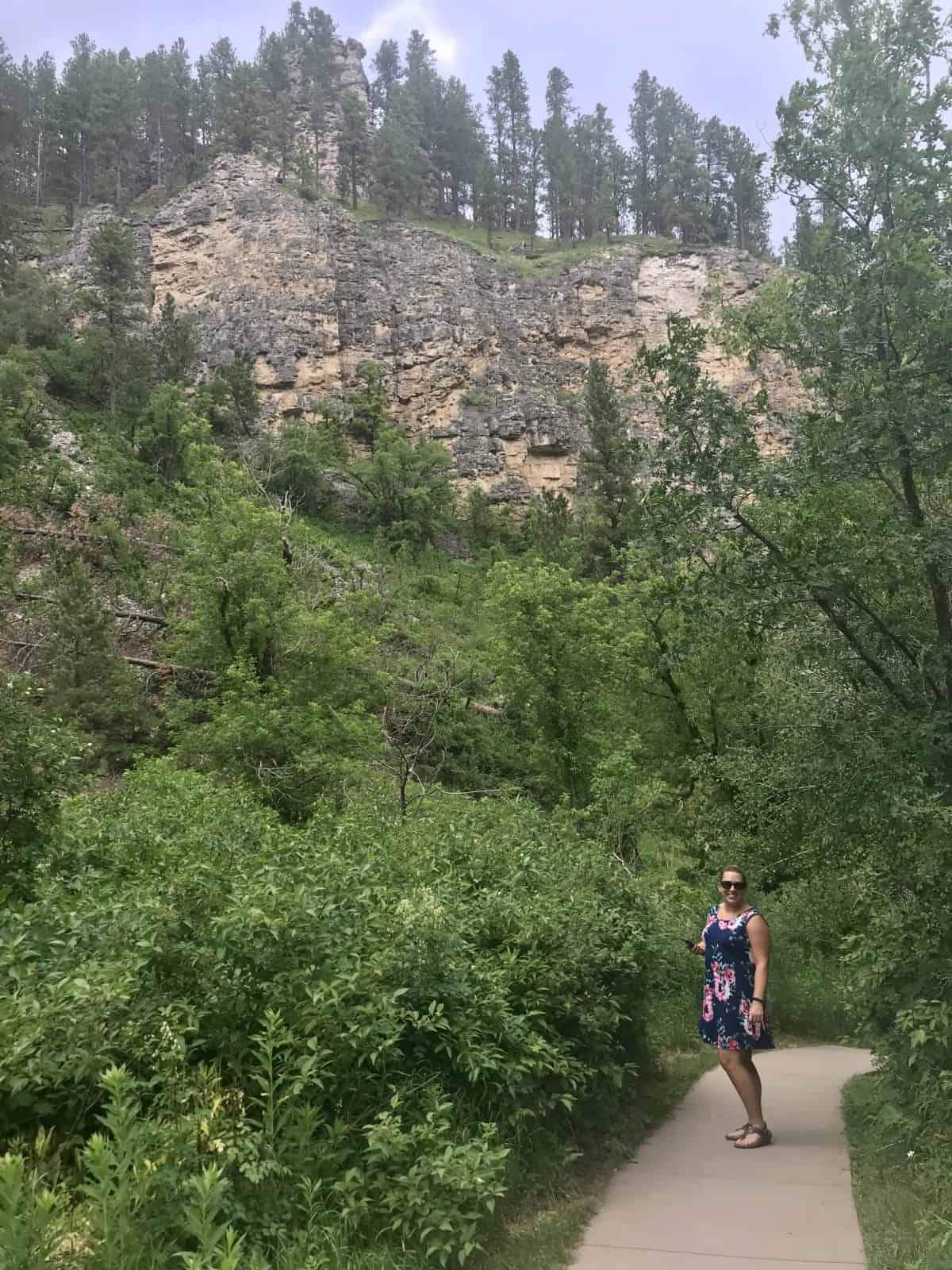 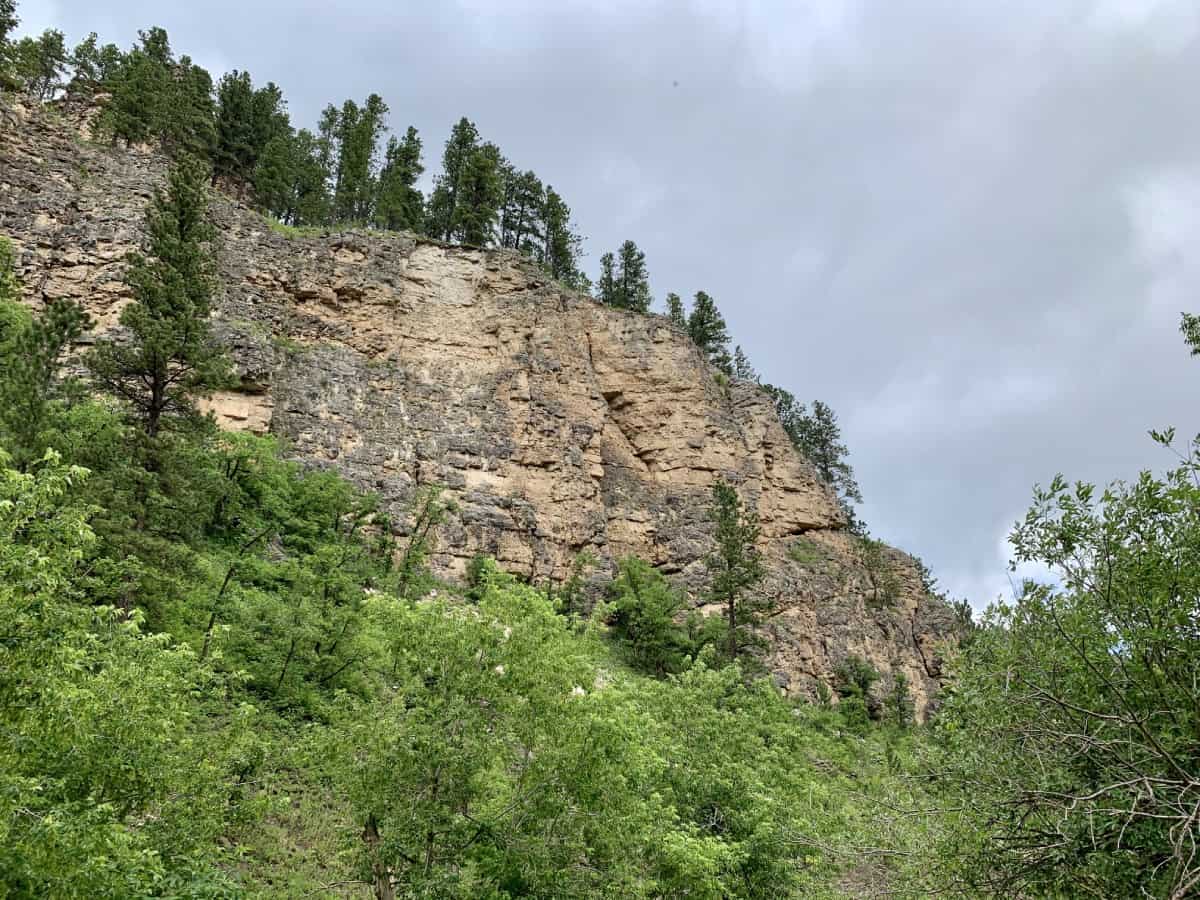 Then we got to Roughlock Falls itself, a multi-tiered shorter waterfall that the path lets you walk right up to. 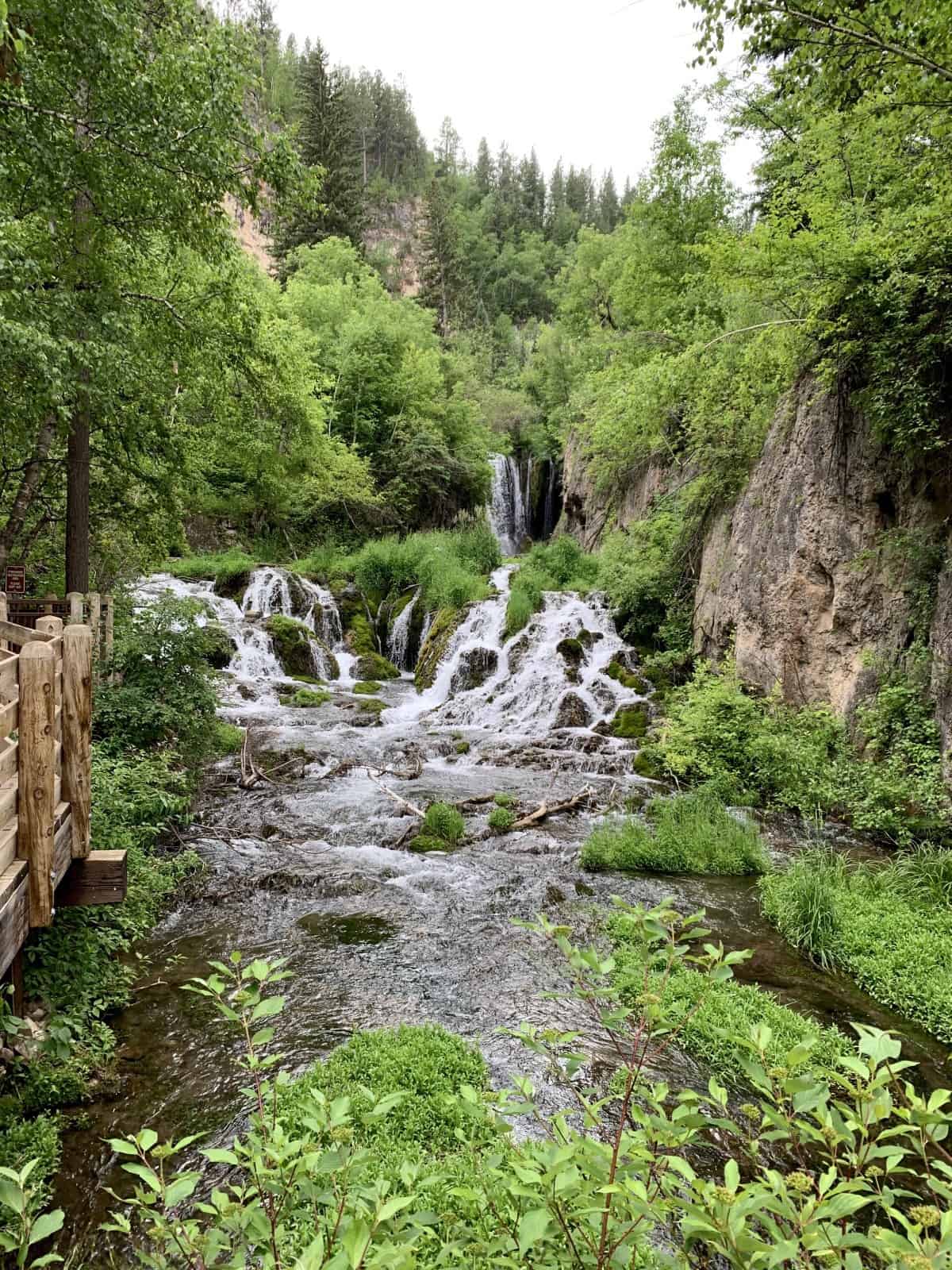 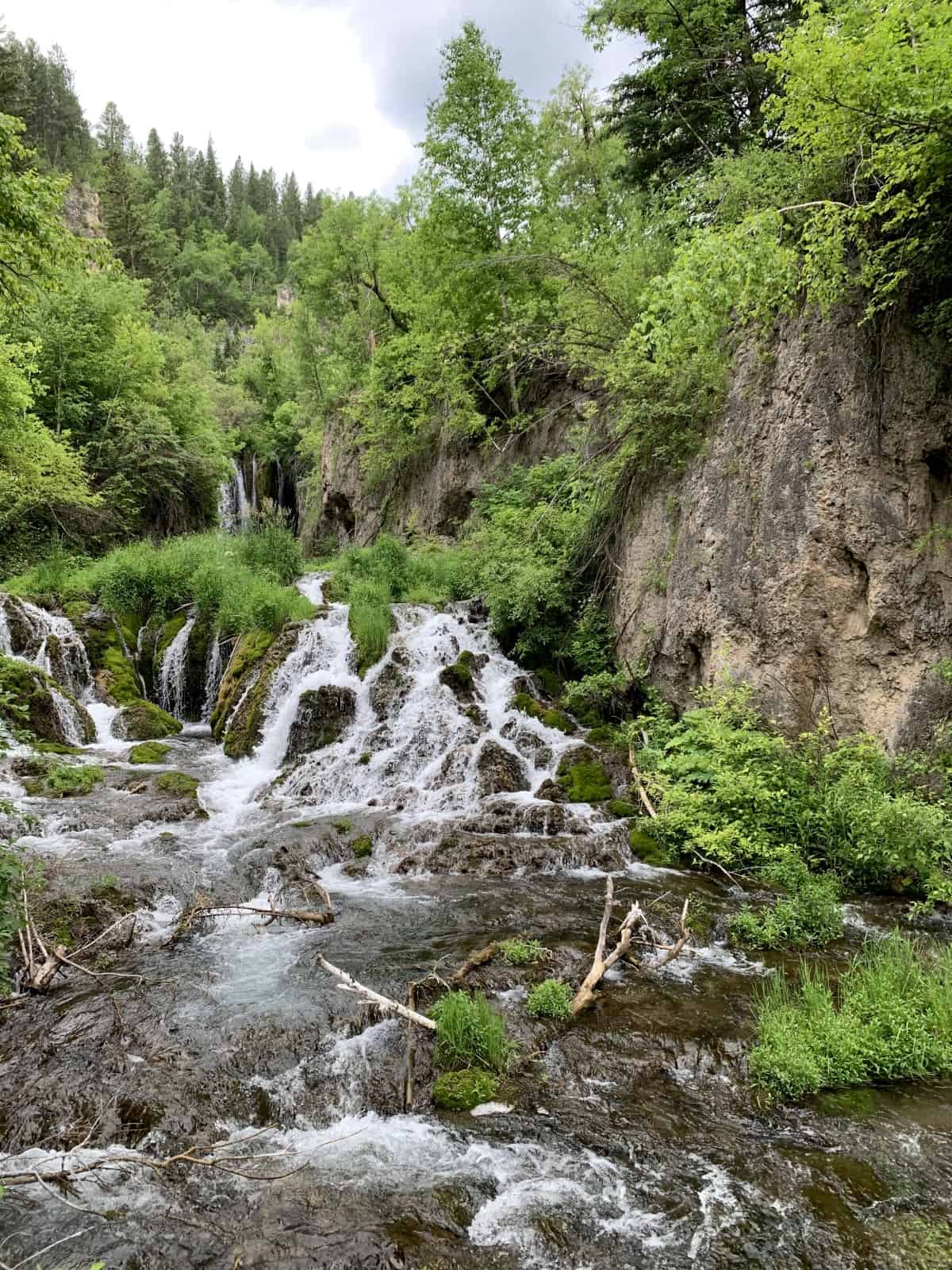 So at that point we had to head back to Rapid City as we had plans and people waiting on us.  It was a bit of a rushed trip but we were happy to have done it.

While Spearfish Canyon isn’t the FIRST thing that should be on your South Dakota roadtrip itinerary, it’s worth exploring if you’re spending more than a few days in the Rapid City area.  Here are a few other falls in the area: 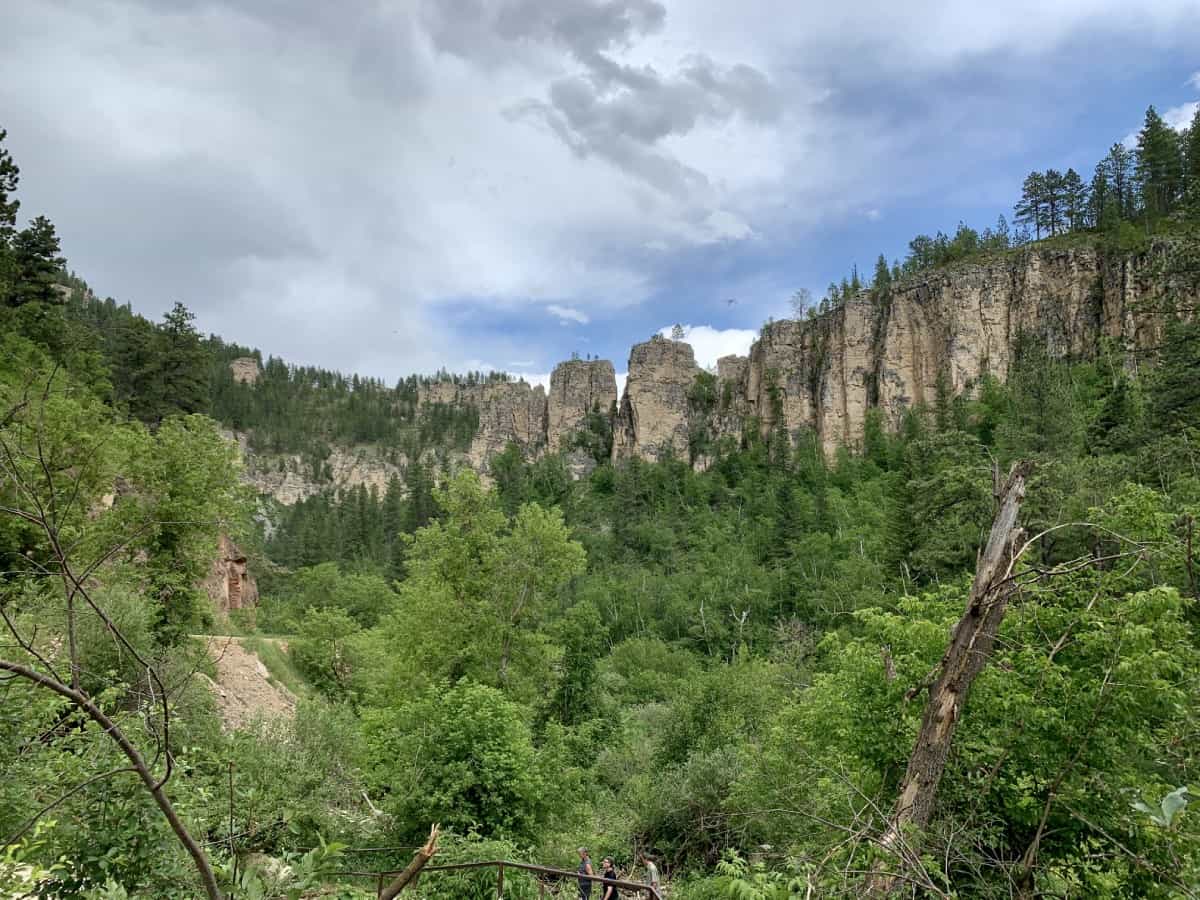 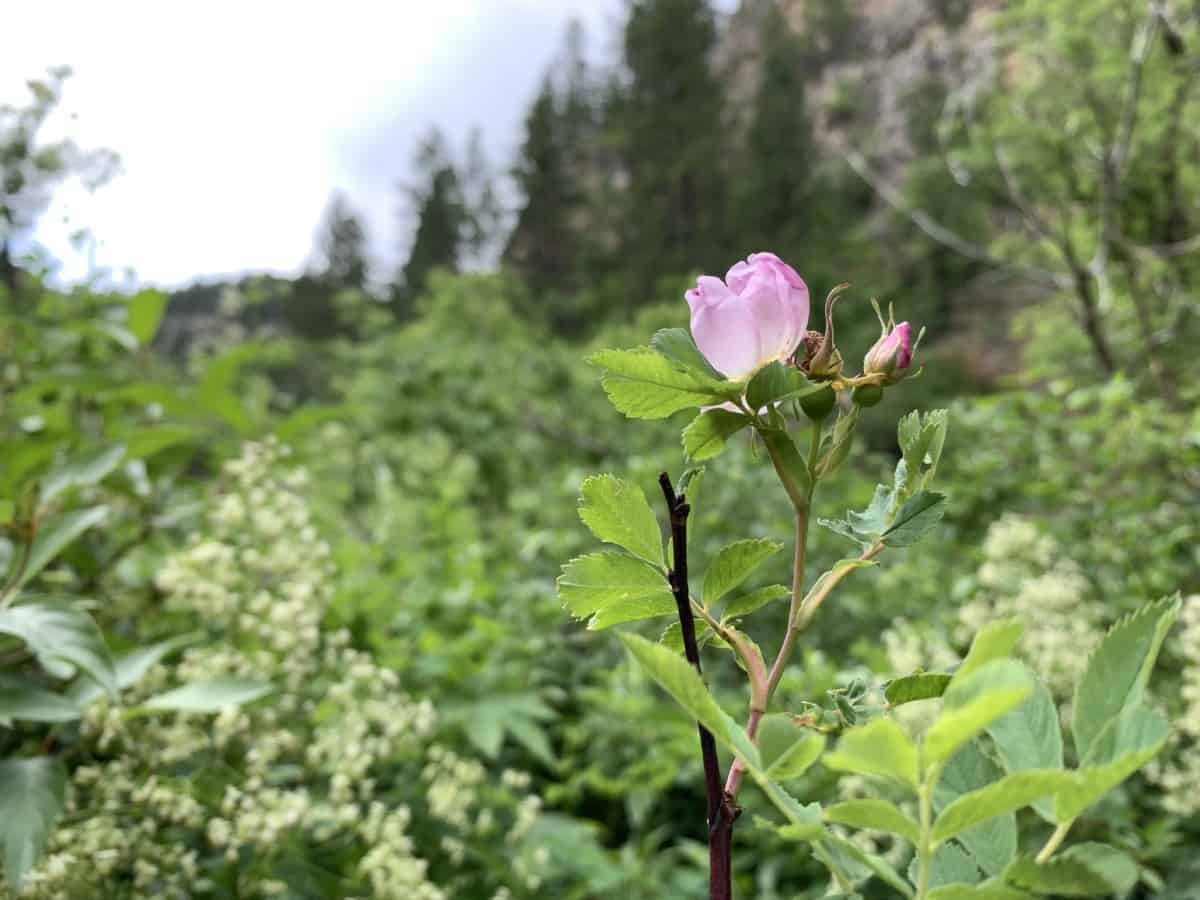 What to pair with Spearfish Canyon Scenic Byway

Deadwood and Sturgis are two other towns nearby that you’ll probably drive through anyway.  We drove through both but didn’t stop.  Deadwood is a famous old Wild West town known for its lawlessness (it looks a little cheesy to me), and Sturgis for the massive motorcycle rally that happens there.  Both of those and Spearfish would be good for accommodations as well (though Rapid City isn’t too far away and has a ton more).

This is the direction you’d head to visit Devil’s Tower National Monument, just across the border in Wyoming.  If you’re making a full day trip of it from Rapid City or doing an overnight, I definitely recommend checking out Devil’s Tower.

We didn’t eat on this half-day trip, but I had a list of restaurant recos in the area in my back pocket. 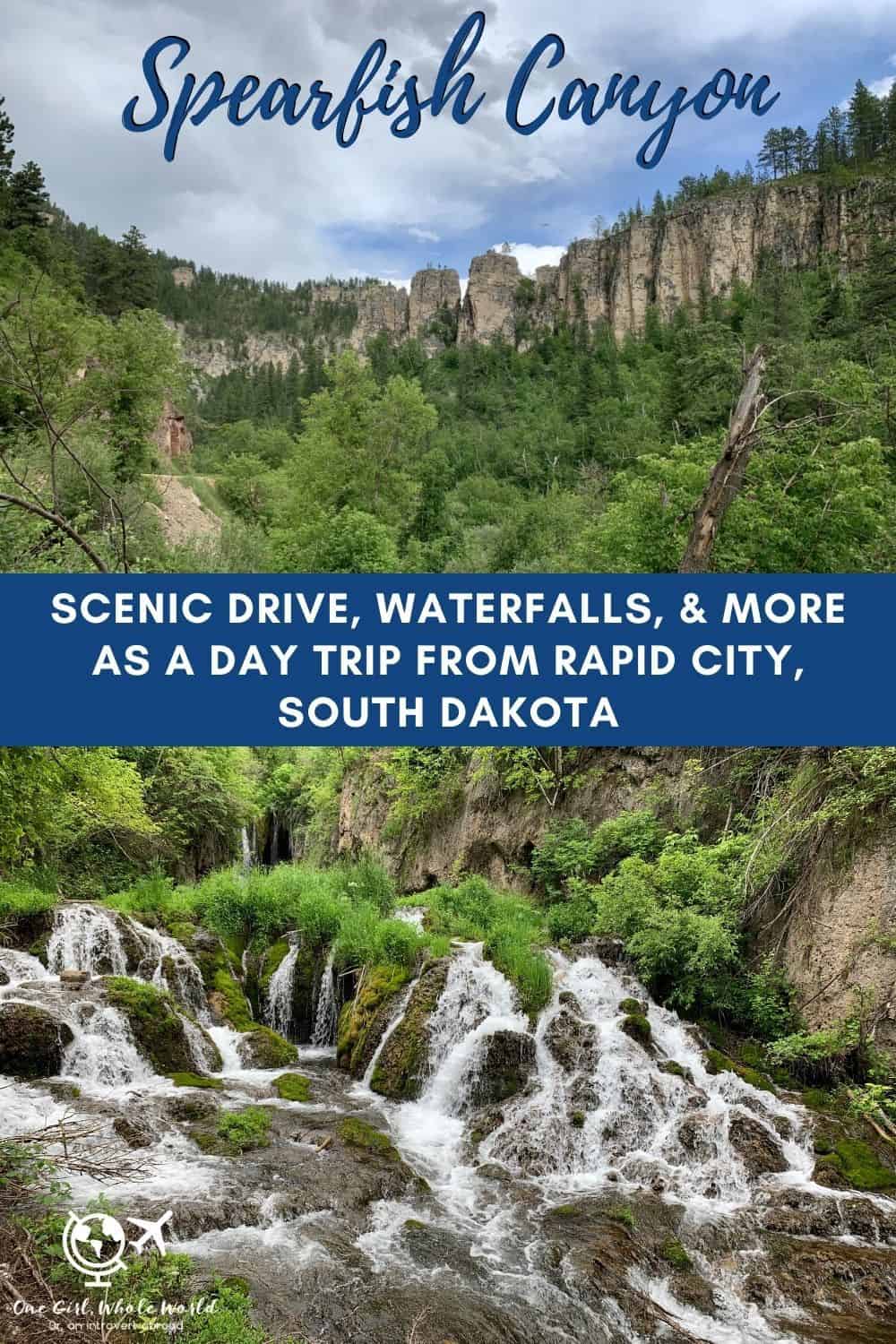 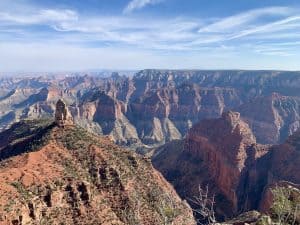 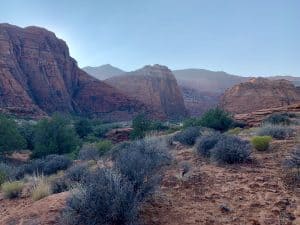 Why You Have To Visit Utah's Underrated Snow Canyon State Park

This is one of my favorite times to visit the Arct

All this cold weather has me dreaming of sunny bea