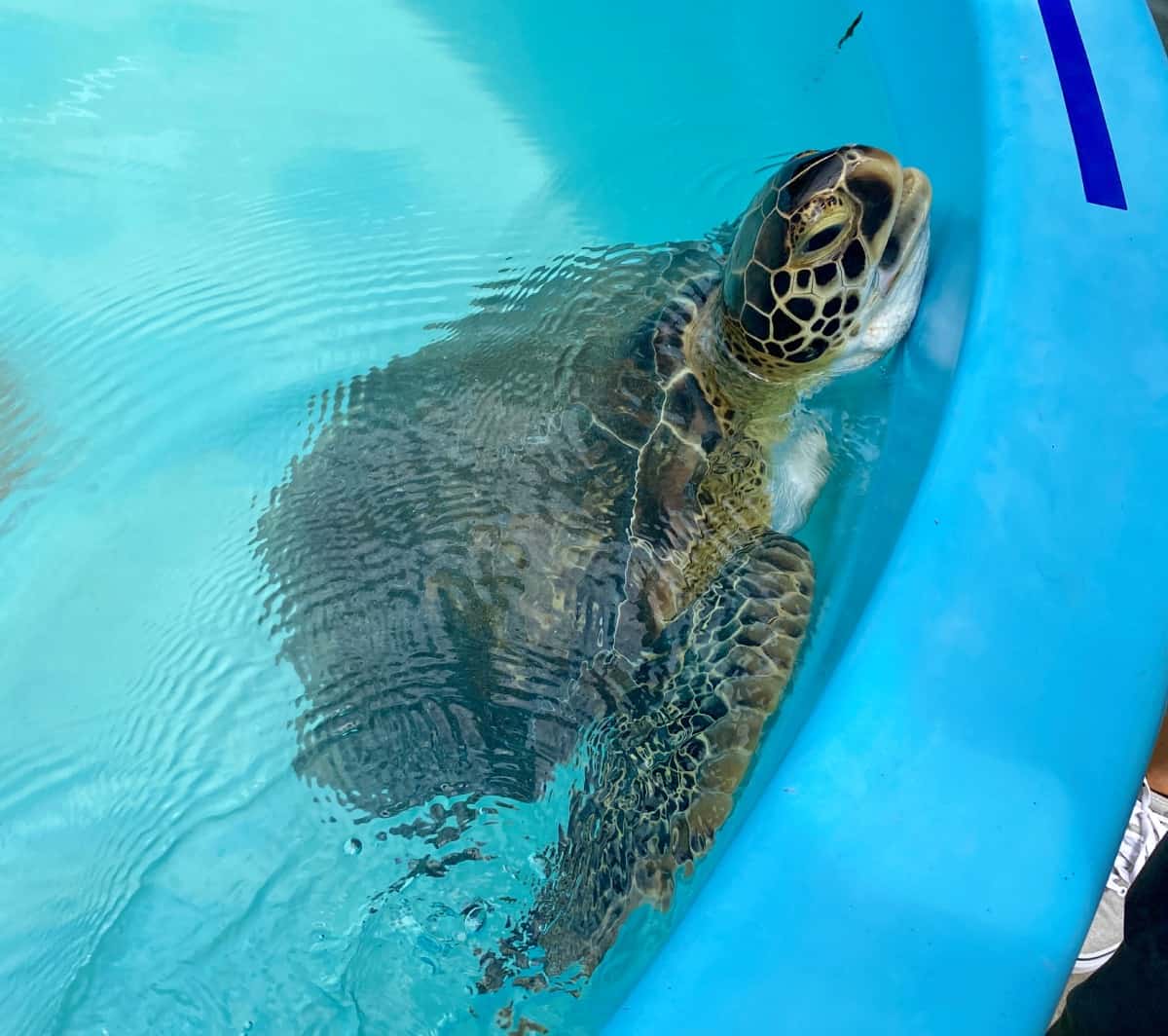 As I was doing my research while planning my Keys road trip, one of the most consistent things I saw was that visiting the Sea Turtle Hospital in Marathon was a MUST.

Since it was the one thing that everyone seemed to agree on…who am I to argue?? 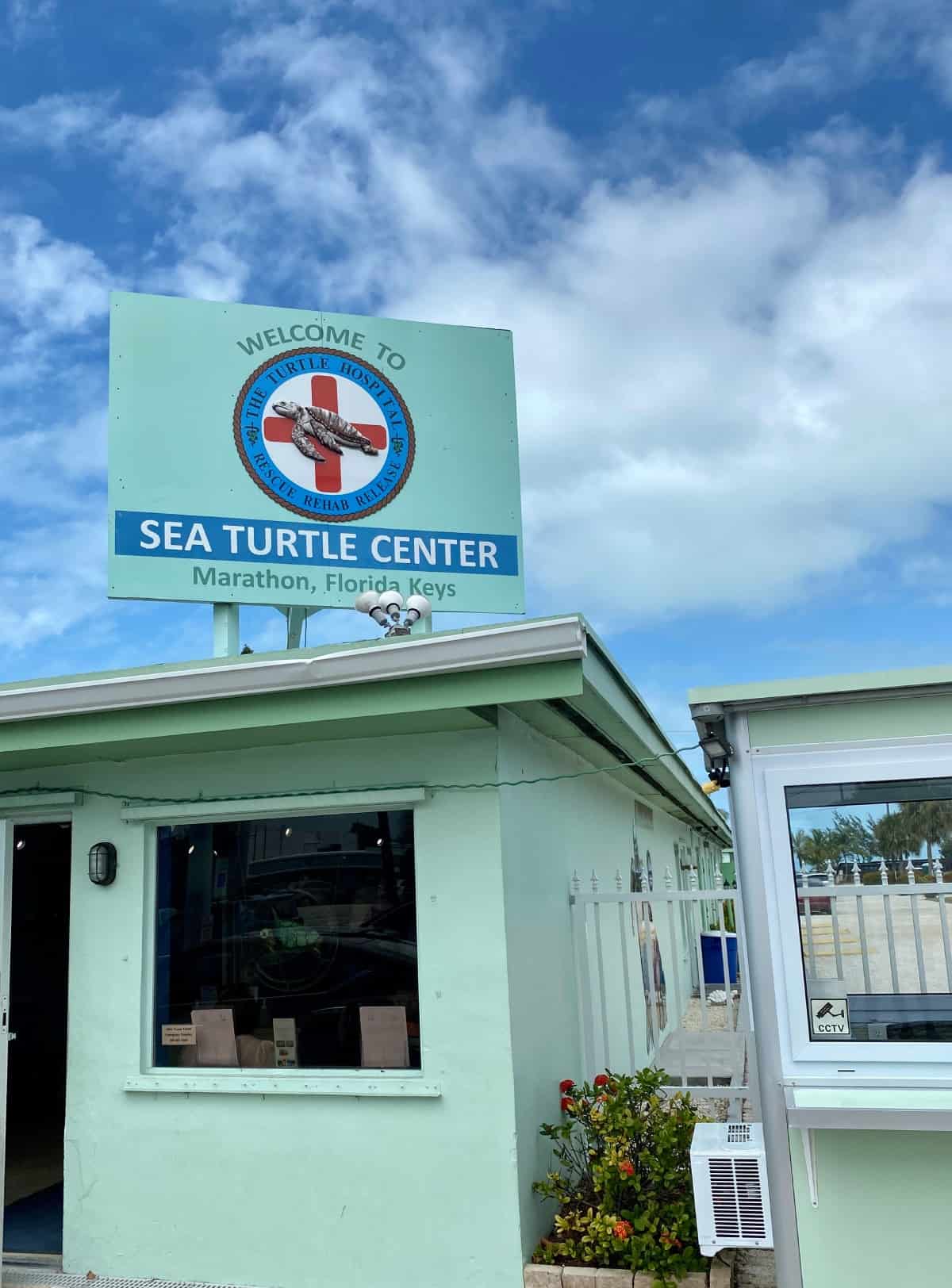 So on my last full day in the Keys, I pulled up at the center prepared to learn!  (Also, that turtle’s face below basically is my personal vibe)

What is the Turtle Hospital?

The Sea Turtle Hospital in Marathon opened in 1986 and was, at that time, the very first facility of its kind in the U.S. (possibly the world as well, I can’t find that confirmation).

It’s a non-profit hospital that operates with a few major goals…to “rescue and rehabilitate sea turtles and return them to the ocean, to contribute to sea turtle research, and to educate the public about these sea creatures.”

It’s important to know that these turtles are all either here temporarily while they recover (so they can be released into the wild), and only a few permanently because they cannot survive on their own due to injuries or illness.  It’s illegal to have a healthy sea turtle in captivity, even in aquariums or zoos. 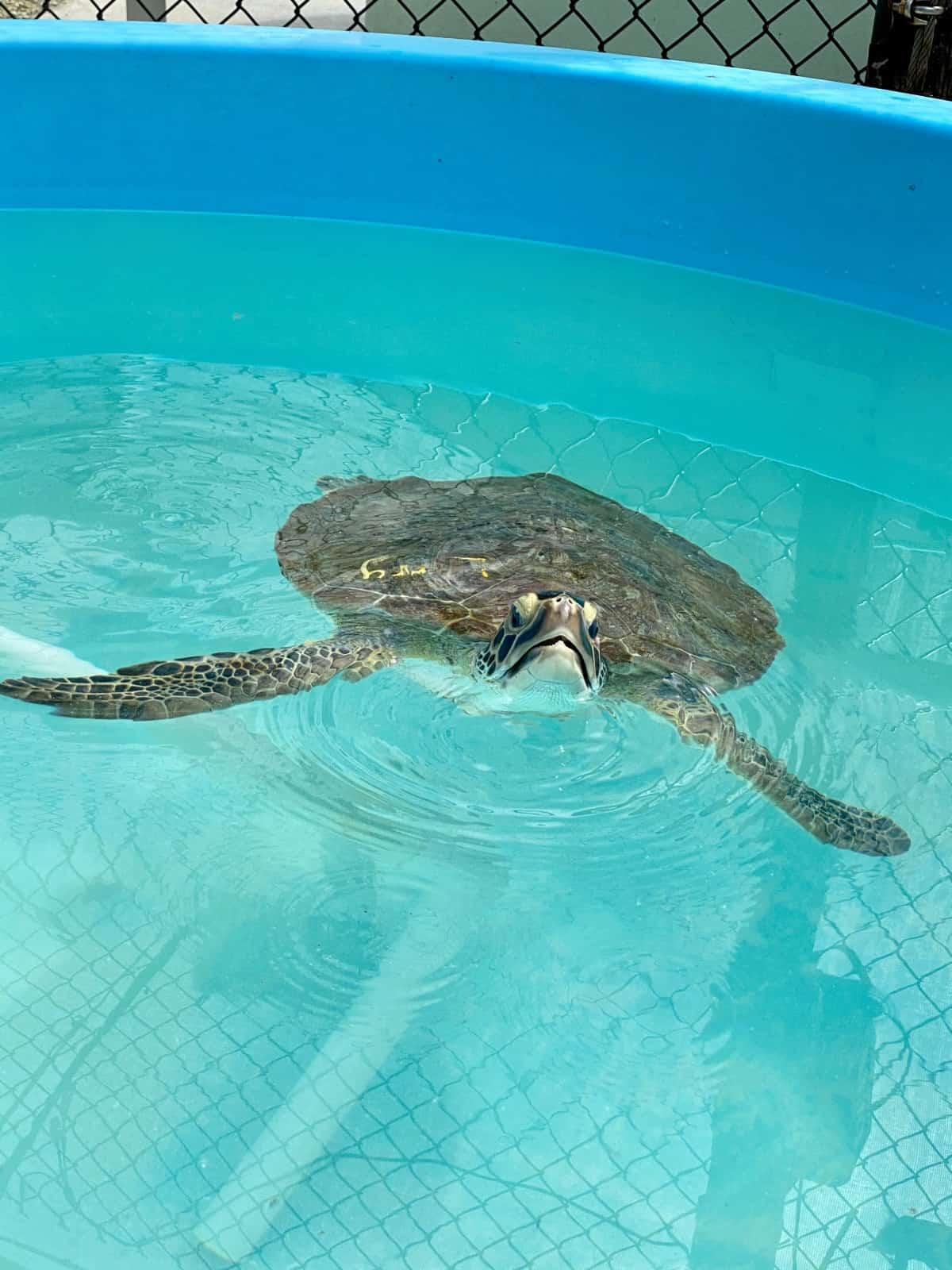 Other Florida Keys adventures for your trip!

Ranking the Best Key Lime Pies In The Florida Keys

John Pennekamp Coral Reef State Park: Is A Short Visit Worth It?

Exploring Bahia Honda State Park: A Must On Any Keys Roadtrip

Where to Stay in Marathon:  Grassy Flats Resort Review

How much is the Turtle Hospital?

The hospital costs $30 to visit, which includes a 90-minute educational tour of the facility (and introduction to the resident turtles).  It is mandatory to do the tour to visit, unless you only want to see the gift shop.  Reservations are strongly recommended (particularly during the peak tourist seasons), and you can easily book online at their website.

Planning your visit to the Sea Turtle Center

The tour will take 90 minutes, and it’s roughly half inside (in air conditioning) and half outside.  So be prepared for the weather, which could be rainy or wicked hot and sunny.  It’s a good idea to have a hat and wear sunscreen (these are some of my faves for travel), and bring water.  They did give us a bottle of water at the halfway point too.

Where to base yourself in the Keys:  I spent a few nights at the amazing Grassy Flats Resort, and HIGHLY recommend it!  You can see my super detailed review here.  In Key West I spent one night at the Kimpton Ella’s Cottages and one night at H2O Suites…loved the latter for a bit of a splurge stay (have your own private pool!!).

The Turtle Hospital is located in Marathon (Florida) and is easy to find using Google Maps.  There is a decent amount of parking, though if you happen to get there right when one tour is wrapping up and another about to start, it might be tight finding a spot.

You’ll check in at the gift shop and get your wristband.  There are restrooms out in the parking lot as well, and since it’s a 90-minute tour I do recommend taking advantage of them. 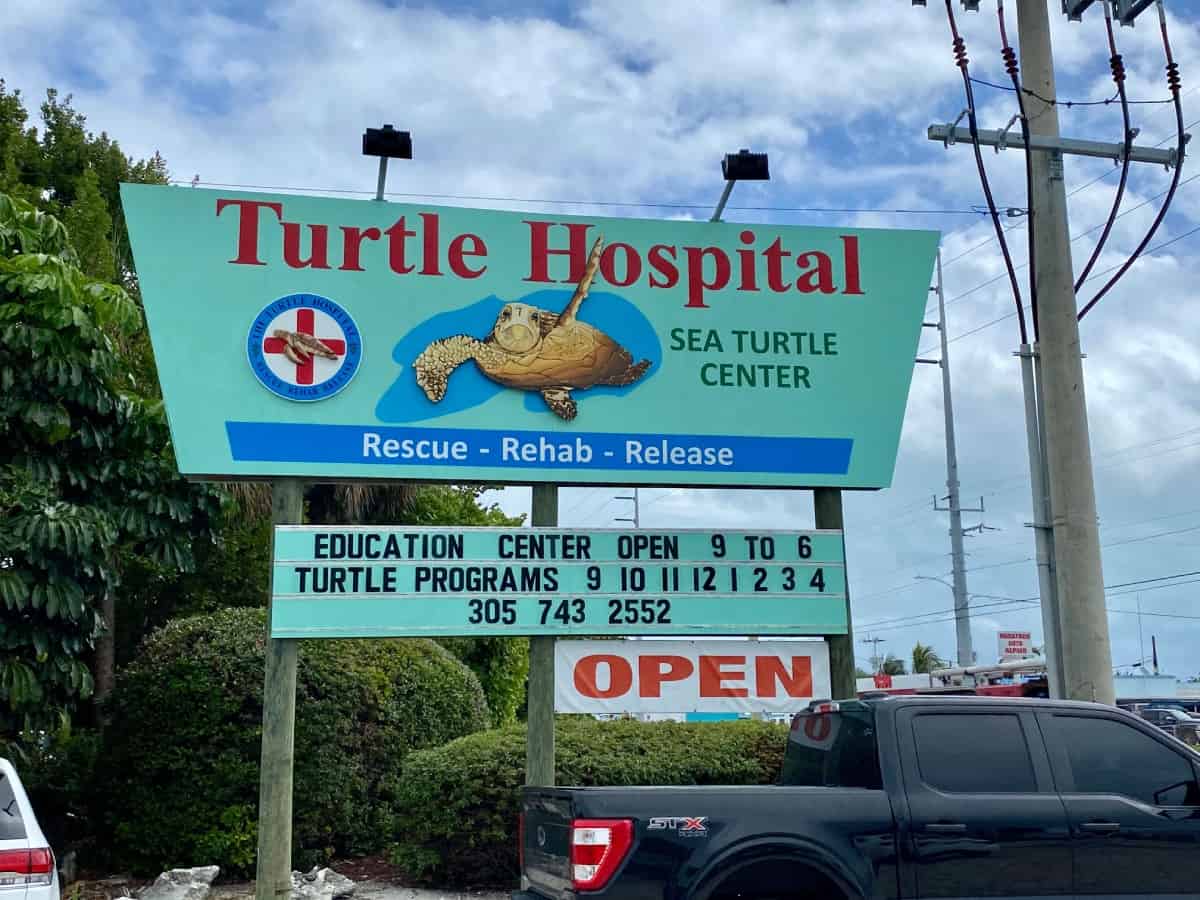 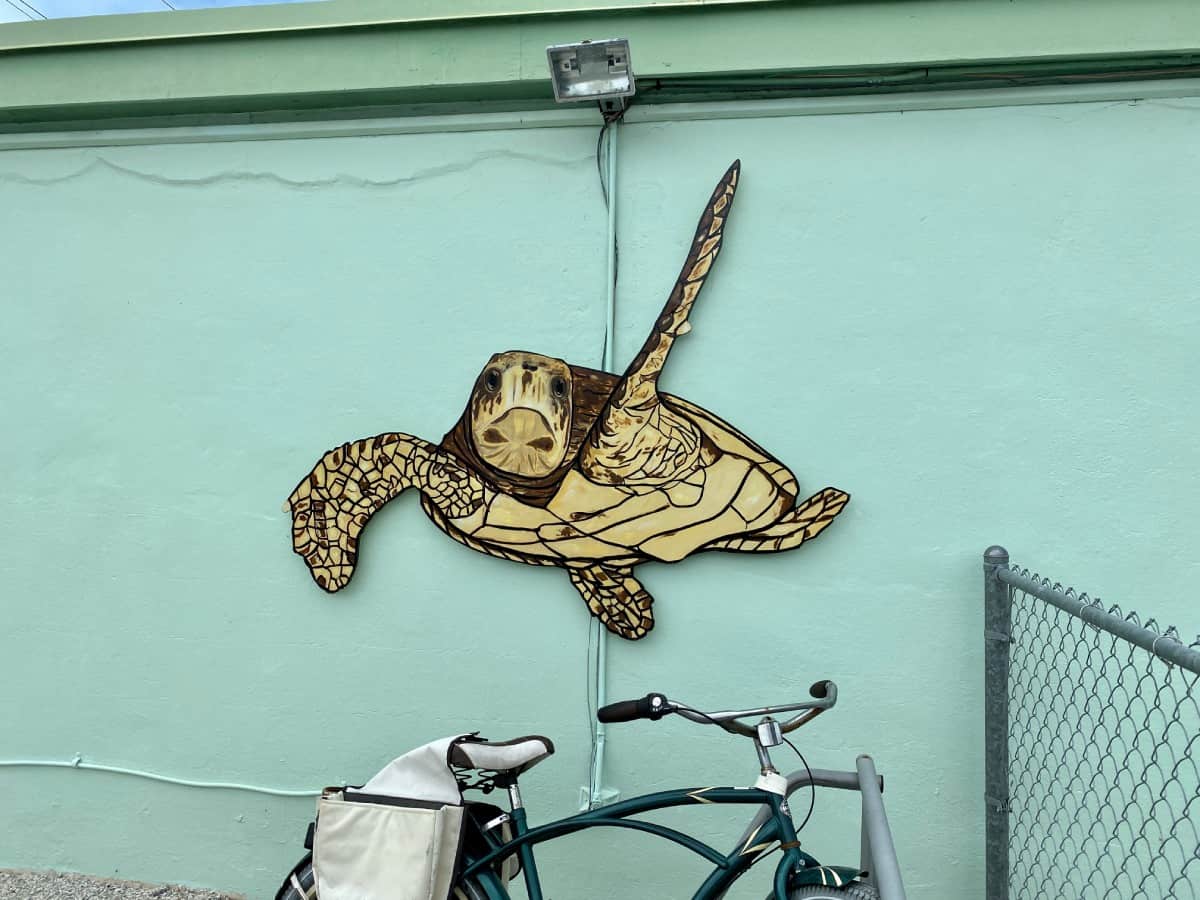 The hospital has these adorable turtle ambulances as well, which they use to pick up or release the turtles when needed. 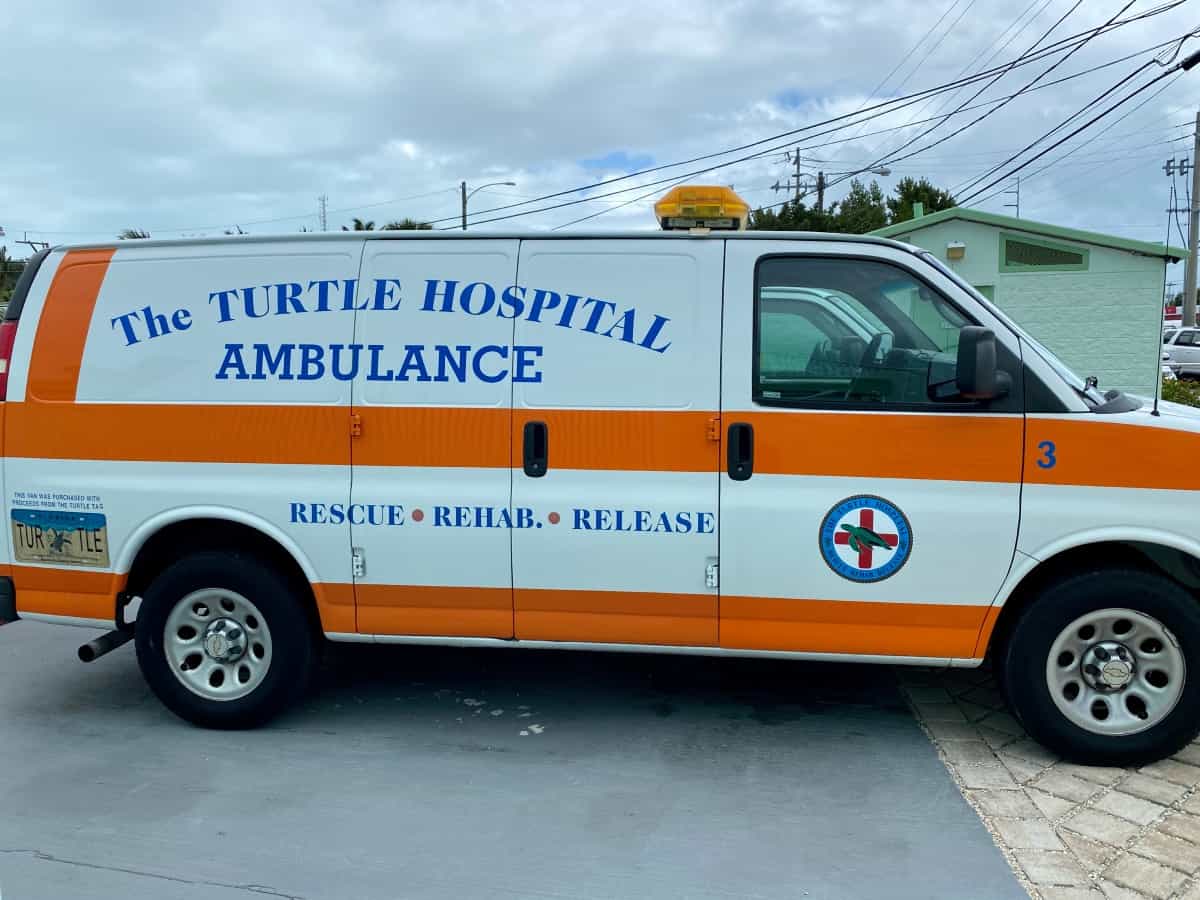 Your tour at the sea turtle hospital will take 90 minutes, but it’s definitely worth it (and I say that as a person who generally does not enjoy tours).

You’ll start with a short presentation learning about the four (I think?) different sea turtle species in Florida, and various threats they face that cause them to end up in the hospital.  We learned about some of the ways they can treat them.  It made me sad to think about all the different ways these cute creatures can get hurt through humans’ neglect and laziness (like boat strikes and litter).

We looked at a map of different “natal beaches”, where the sea turtle moms nest and where the babies hatch and eventually come back to lay their own eggs.  I’d love to watch the hatching some day!

My favorite fun fact of the day:  Sea turtles’ brains about the size of your thumb (even for that ginormous turtle like the shell you can see on the wall below).  They’re known for their *instinct*, not necessarily actual smarts. 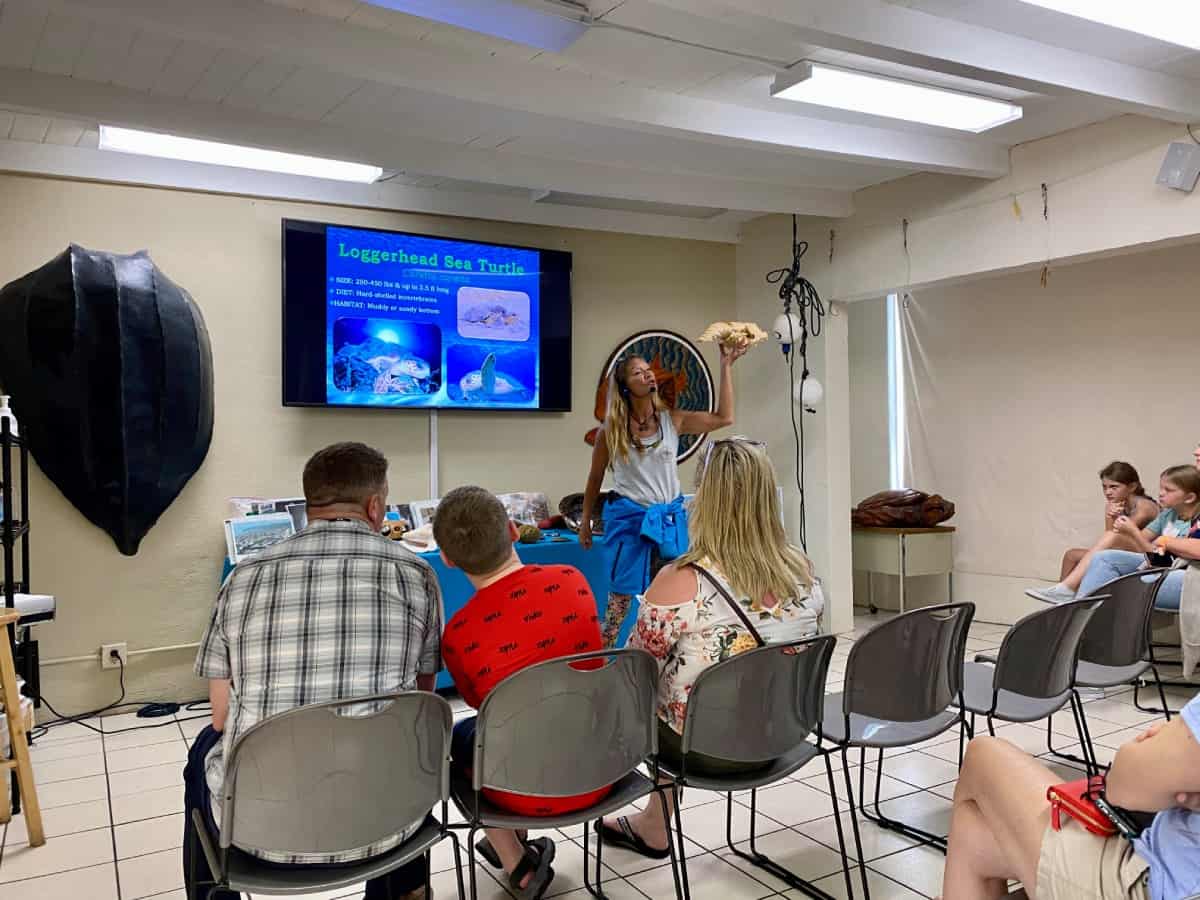 We saw a bit of the hospital as well, before moving outside.  This is the operating room…I love how there’s a turtle x-ray there in the background from the morning’s patient! 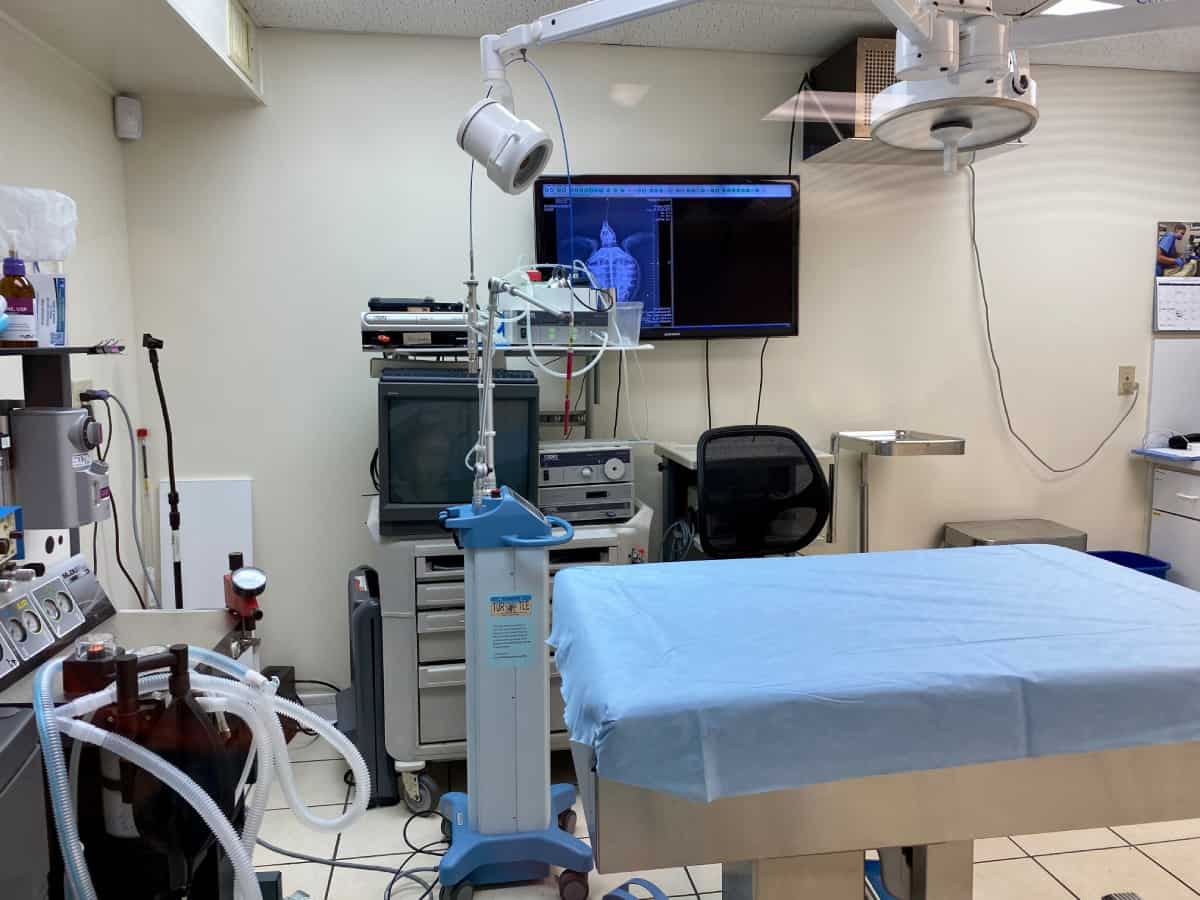 Once outside we began meeting some of the current residents and learning about their treatments.  The really big dude below had been the victim of a boat strike (you can kind of see the weights on his scales, which help him submerge).  The second one is missing a flipper. 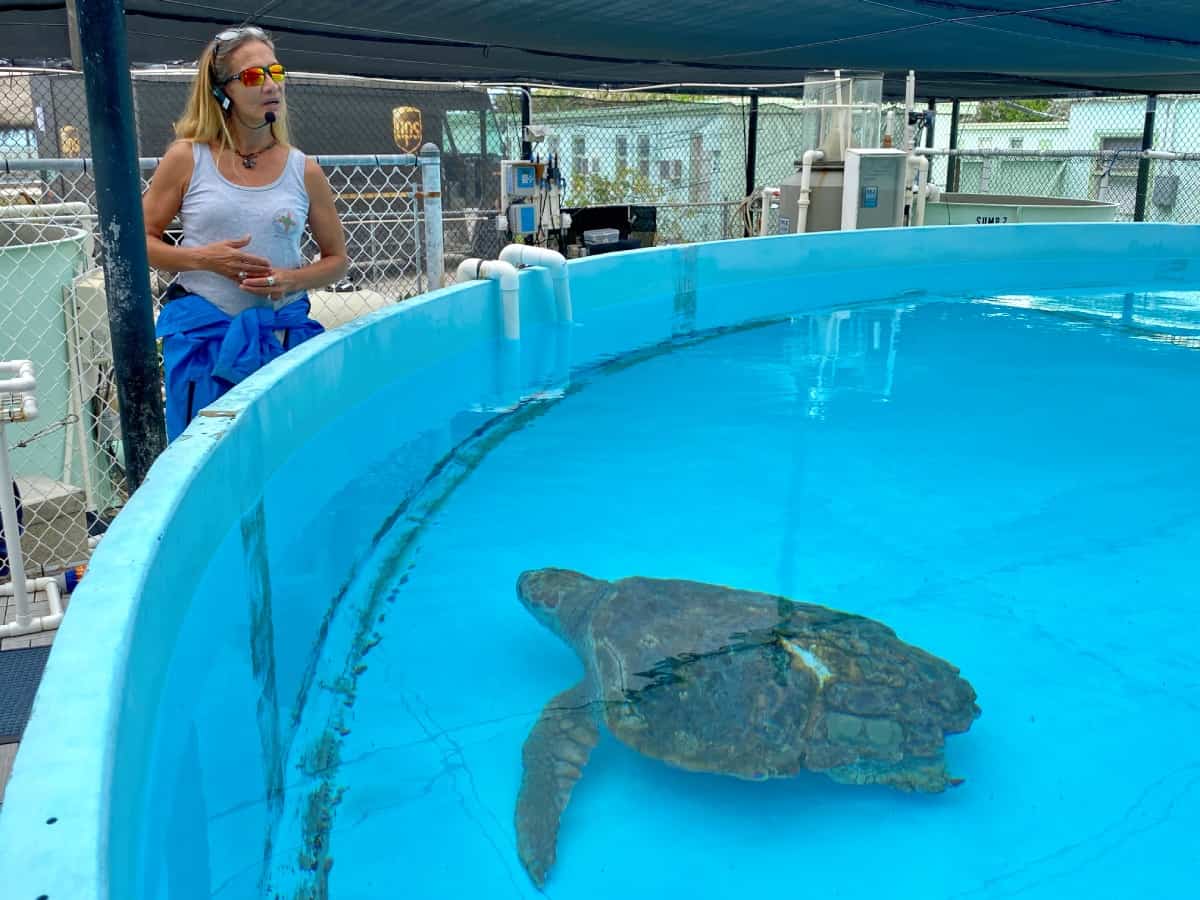 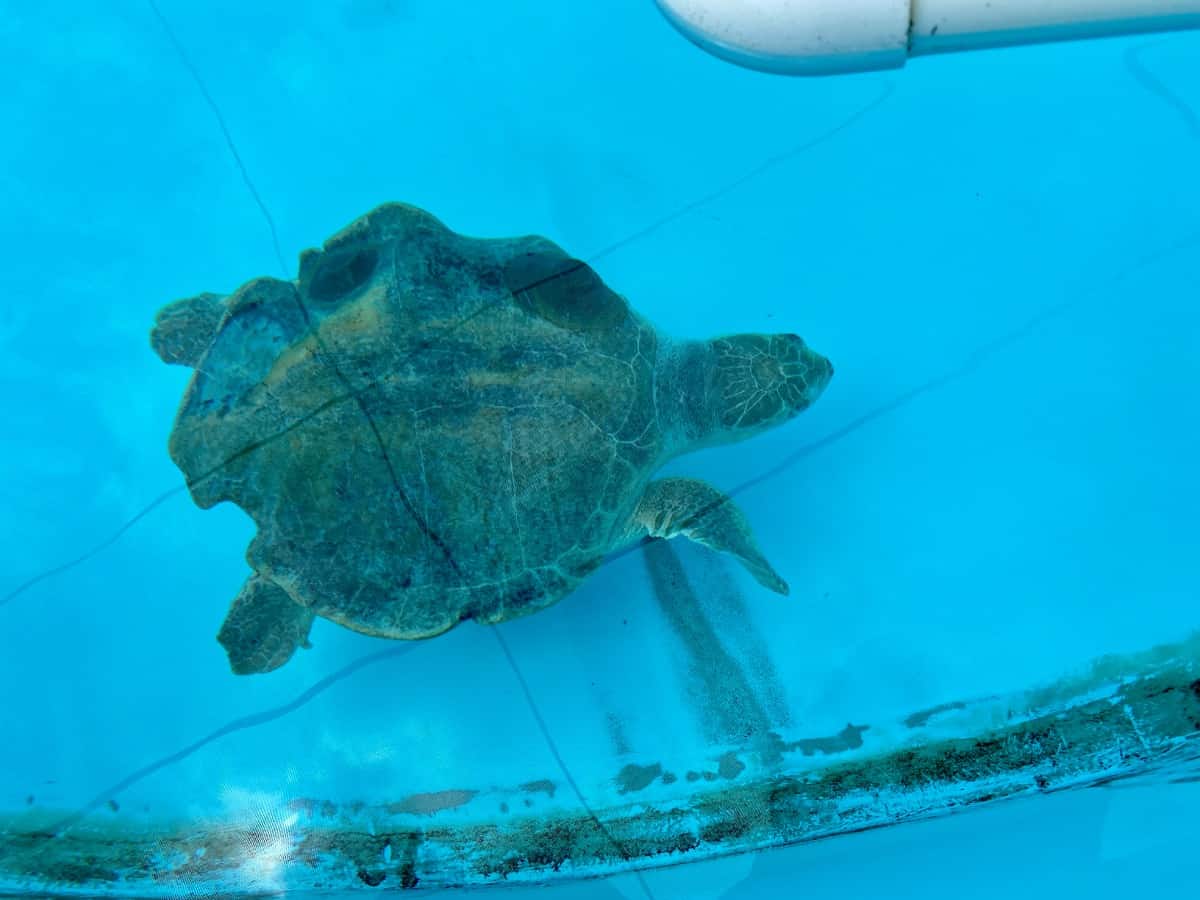 The tour ends with a chance to feed some of the resident sea turtles that are non-releasable for various reasons (injuries from boat strikes being the most common).

We walked around and were introduced to several turtles, some of whom were still recovering, and some who were there permanently.  And there was a tank of little baby turtles that had just come in! (It was hard to get good pics through the mesh…they were so tiny and adorable) 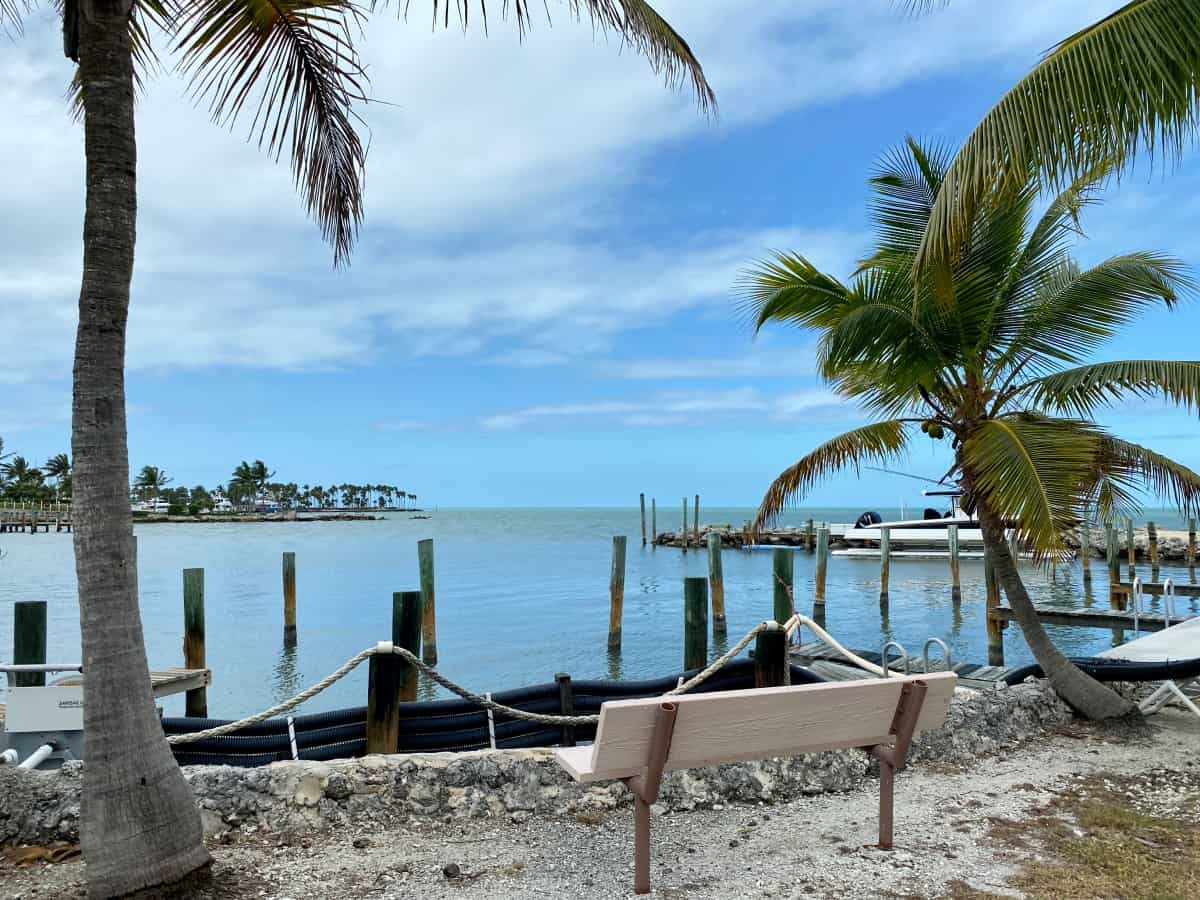 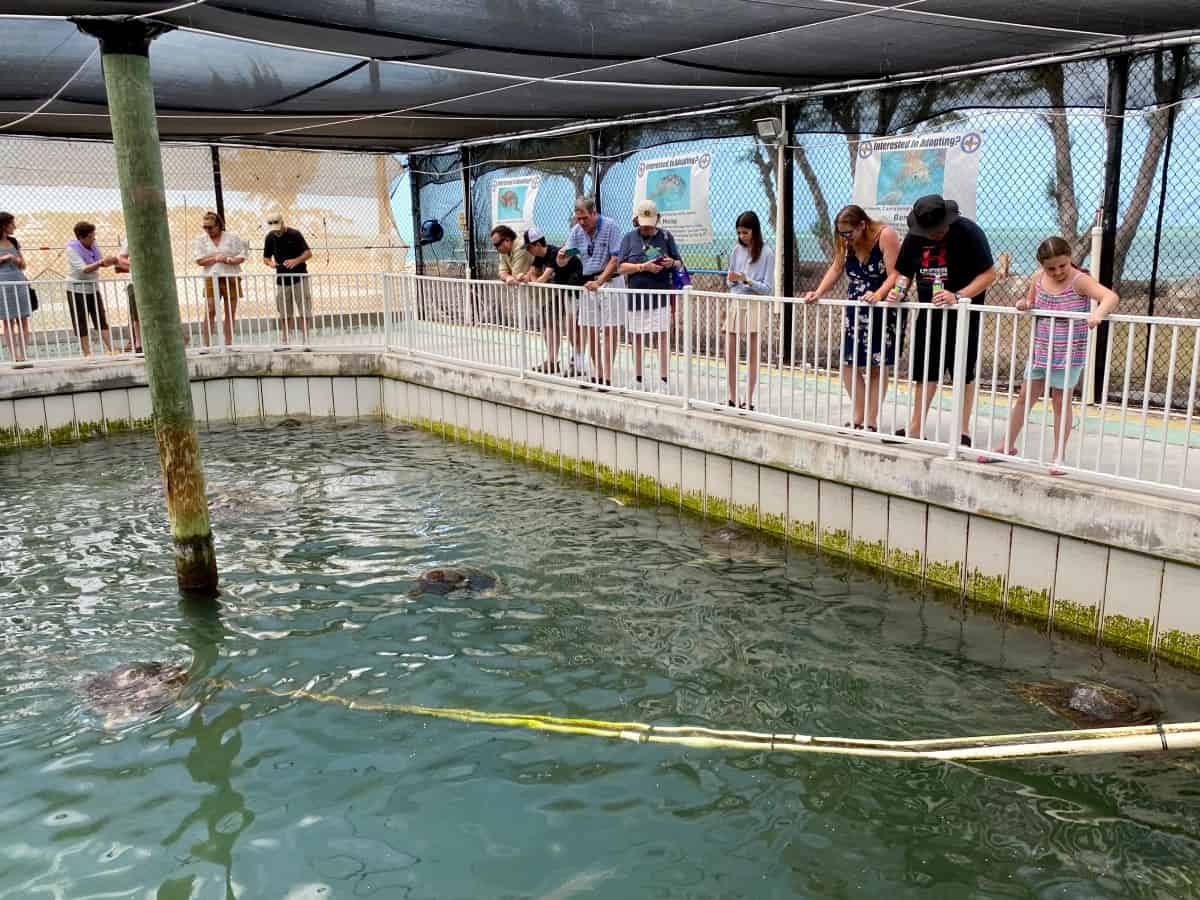 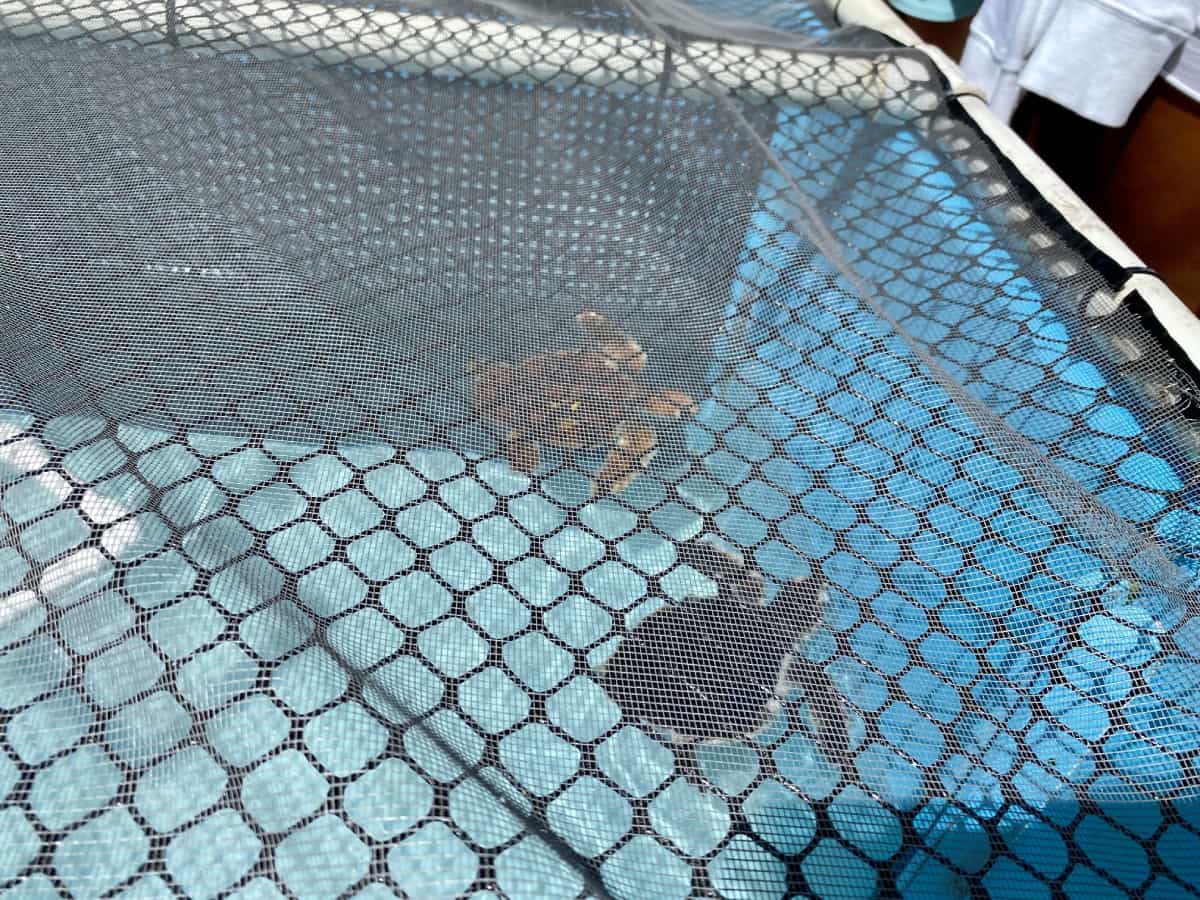 Who can resist a few more turtle pics??  (Not me!) 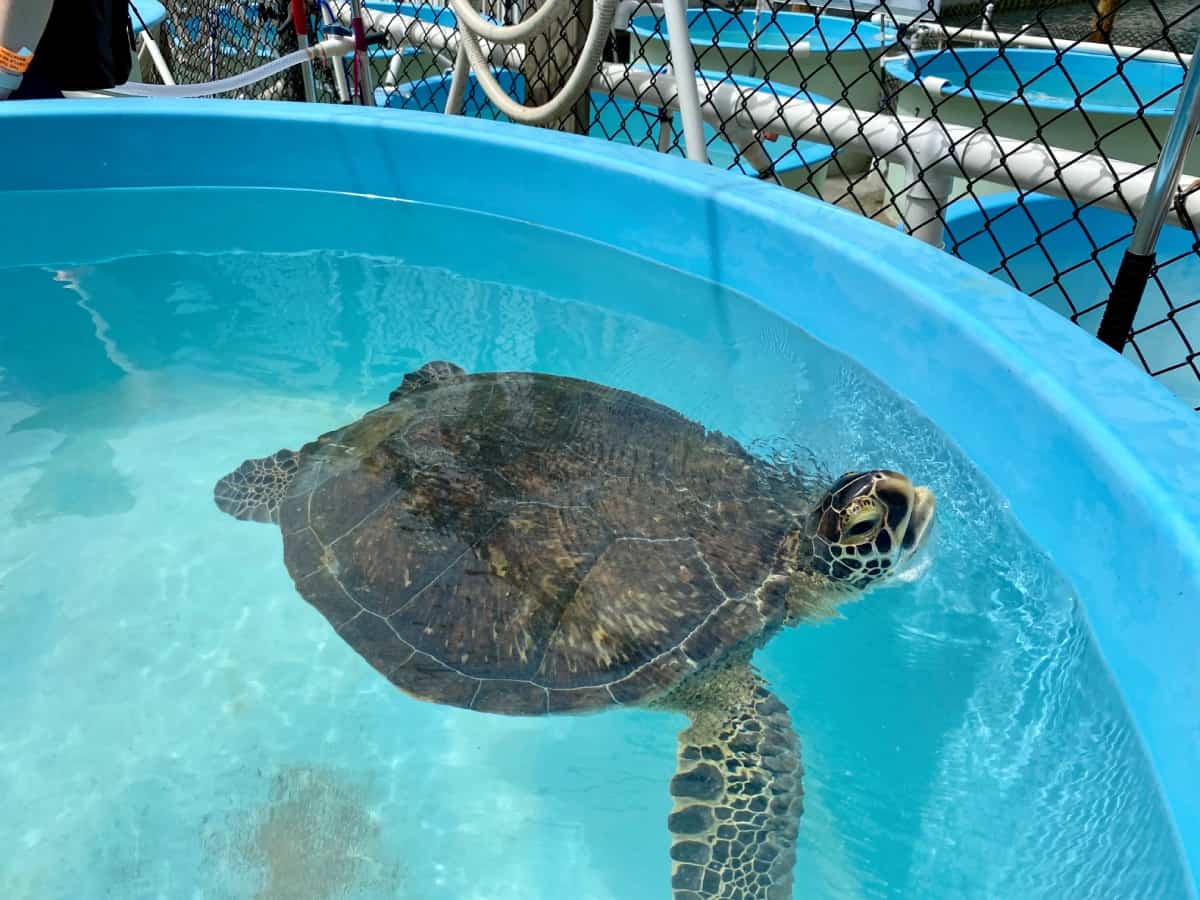 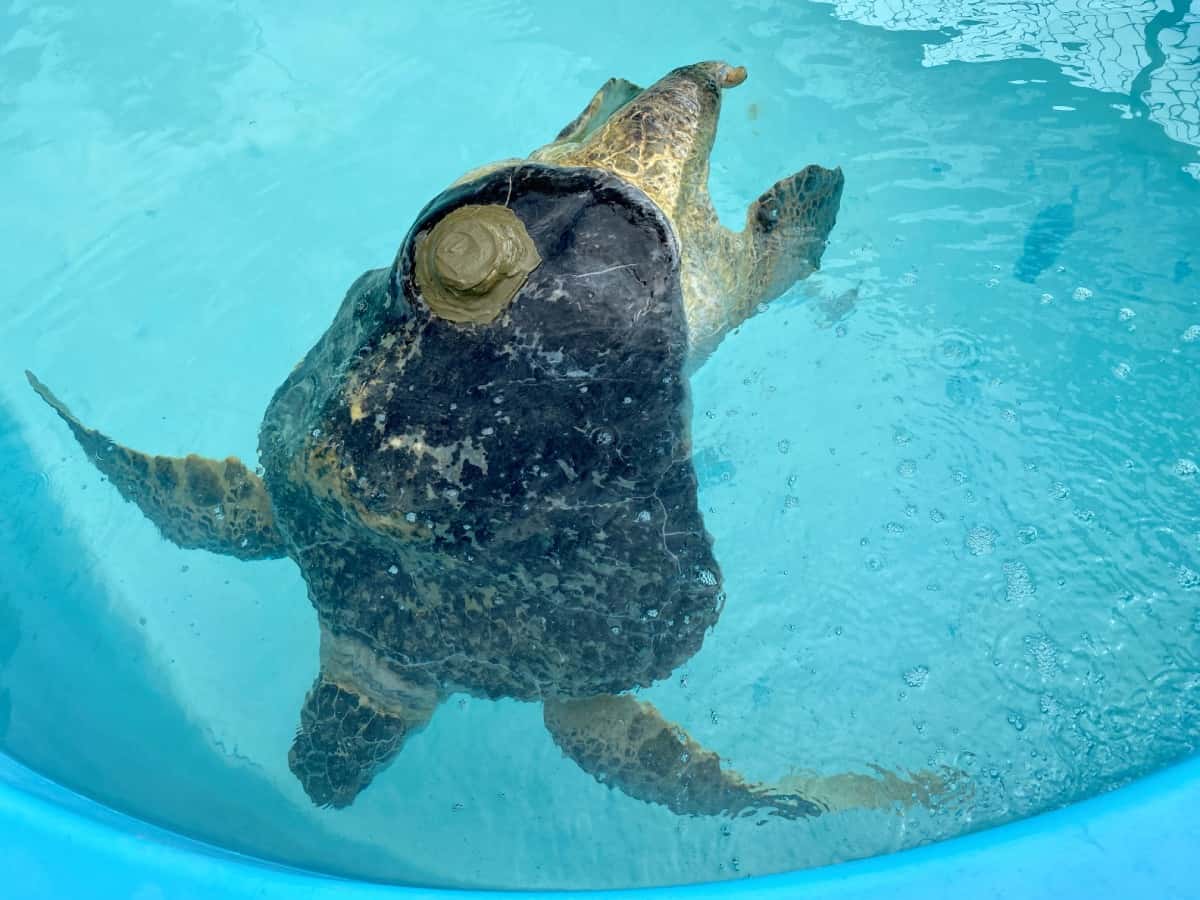 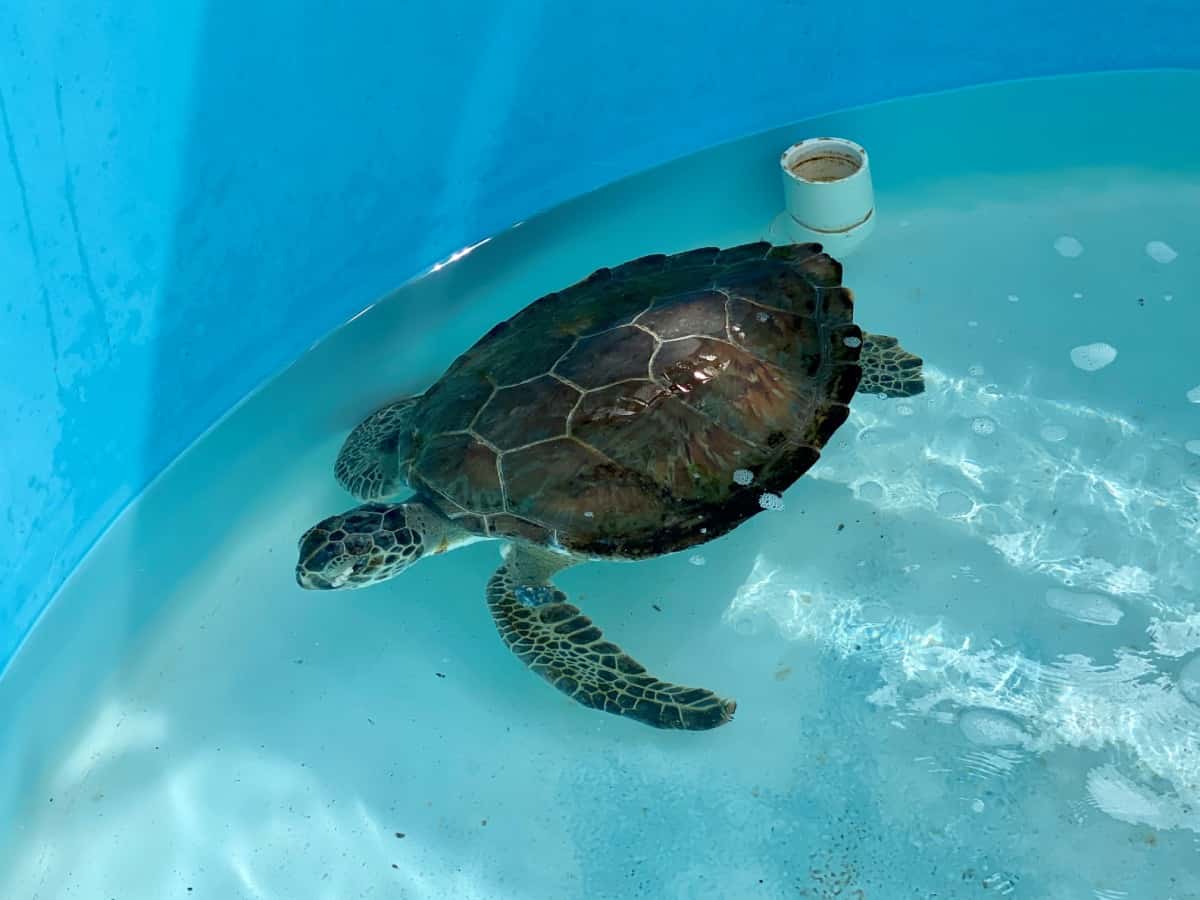 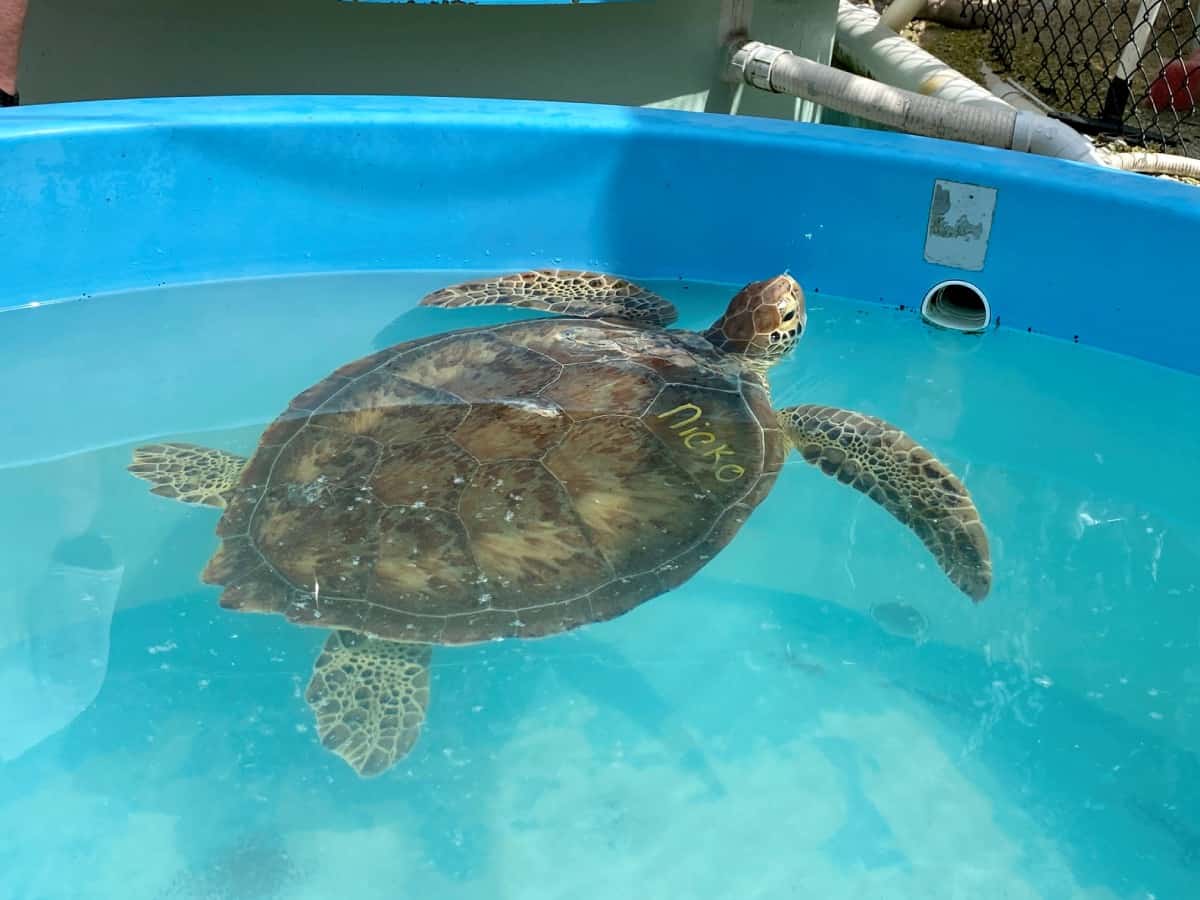 I have to agree with everyone that visiting the Sea Turtle Hospital in Marathon absolutely needs to be on your Florida Keys itinerary!

Where to stay in Marathon:  I spent a few nights at the amazing Grassy Flats Resort, and HIGHLY recommend it!  You can see my super detailed review here. 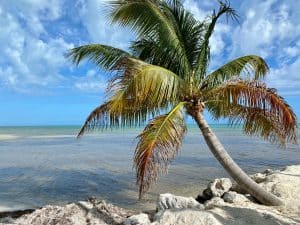 Where To Stay In The Florida Keys: Review Of Grassy Flats Resort (Marathon, FL) 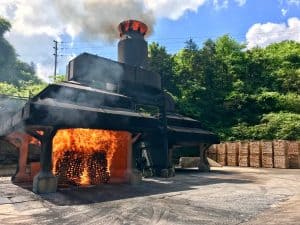