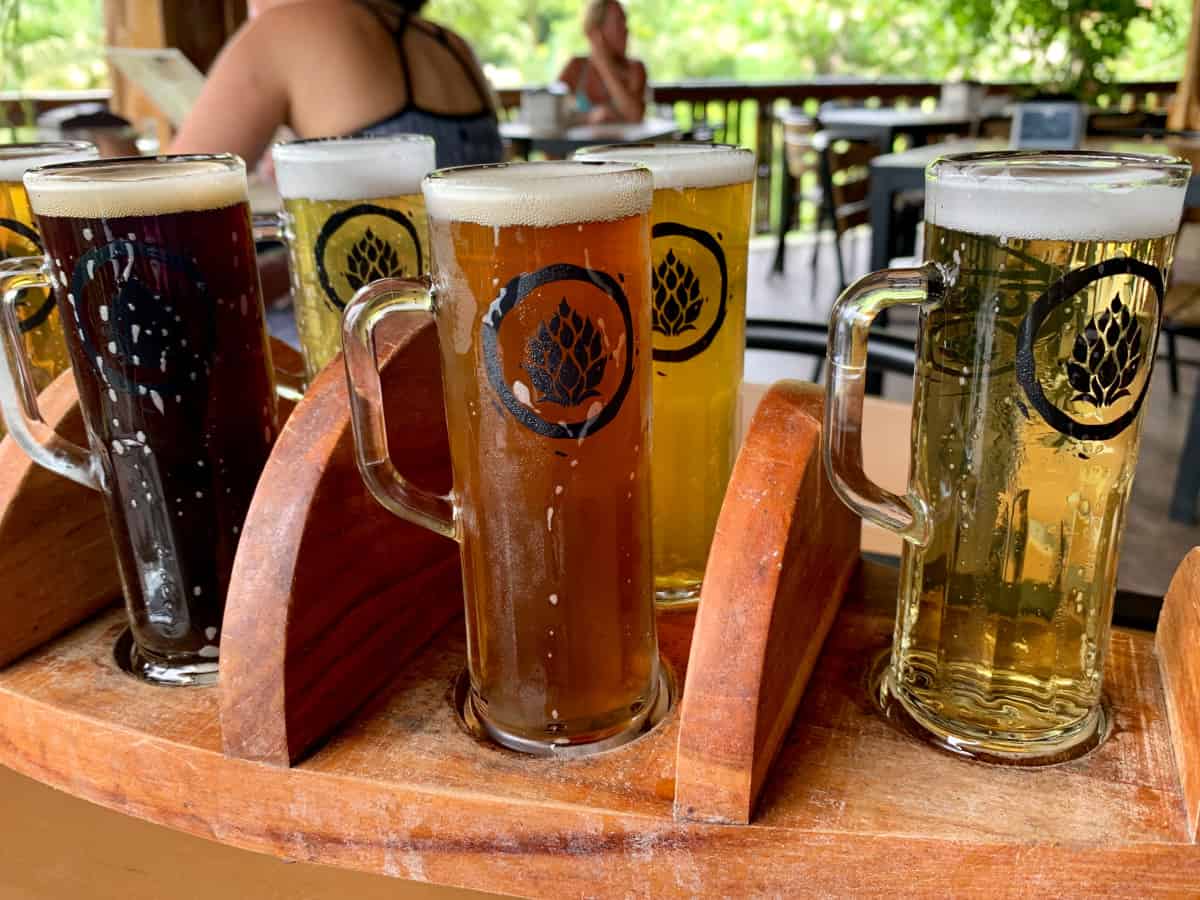 Back in May, I spent almost an entire week in the Uvita and Dominical area of Costa Rica.  It rained LITERALLY all but like a few hours.  But we finally ventured out of our amazing villa that was on an insane little mountain we had to survive each time.  We stopped at a couple different beaches along the highway, but then pulled into Fuego Brewery for some lunch and brews. 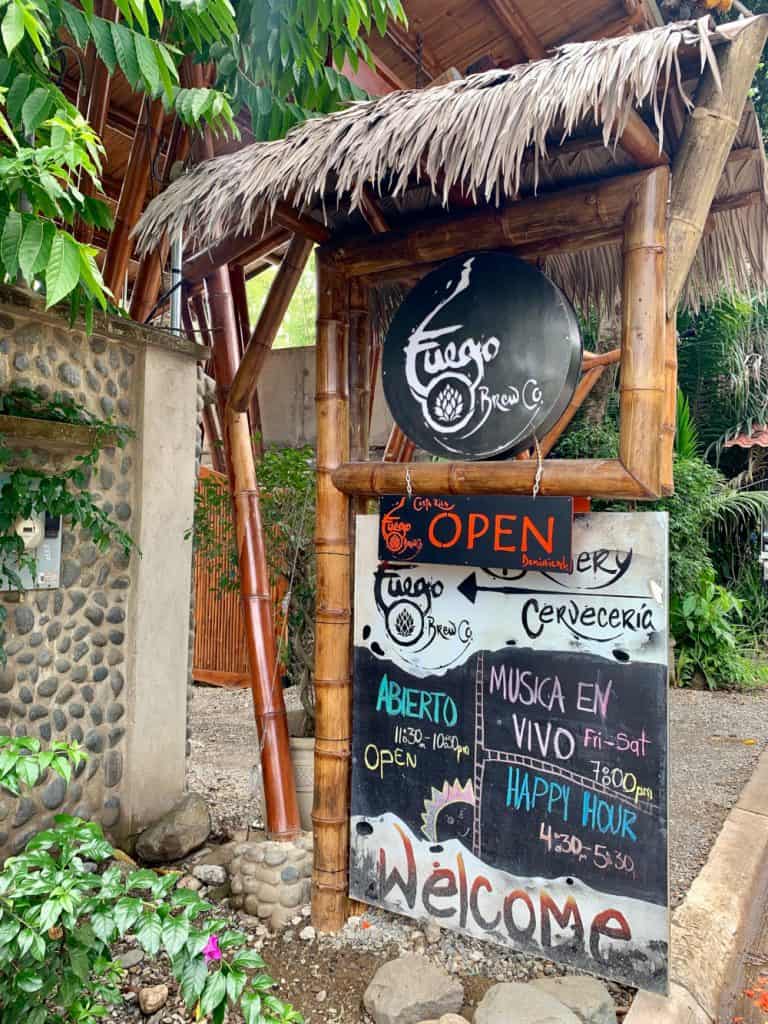 It’s difficult to tell from the outside, but if you drive into the narrow gate, there is parking inside Fuego Brewery’s walls.  We parked and made our way to the tap room, making a new reptilian friend along the way. 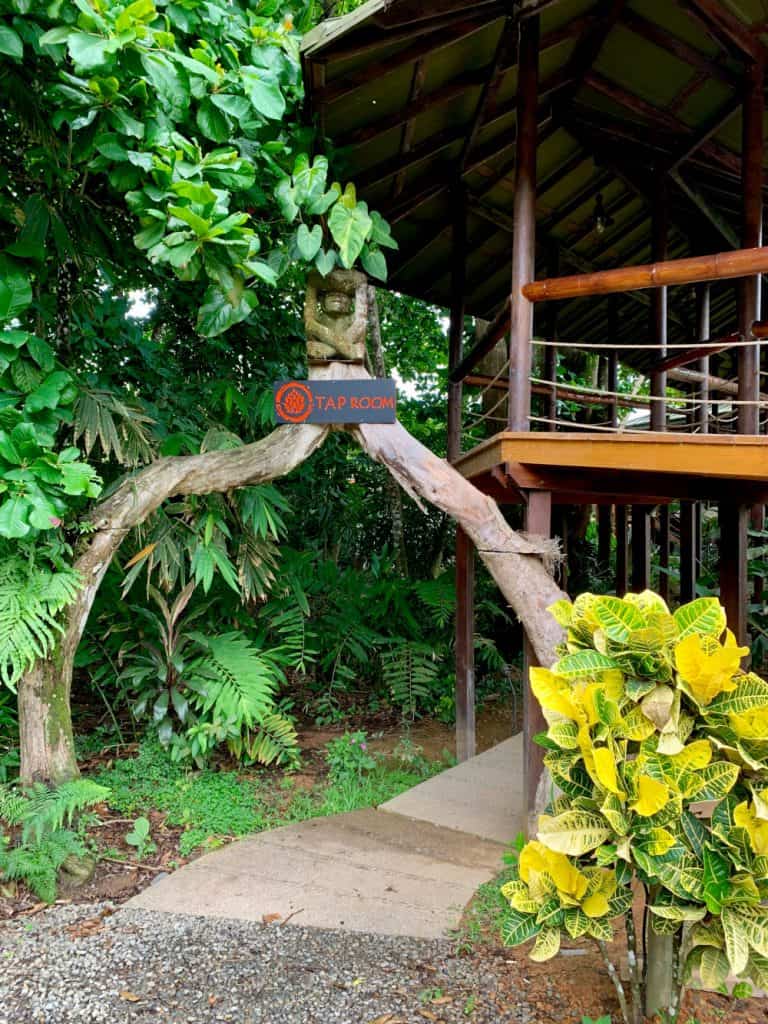 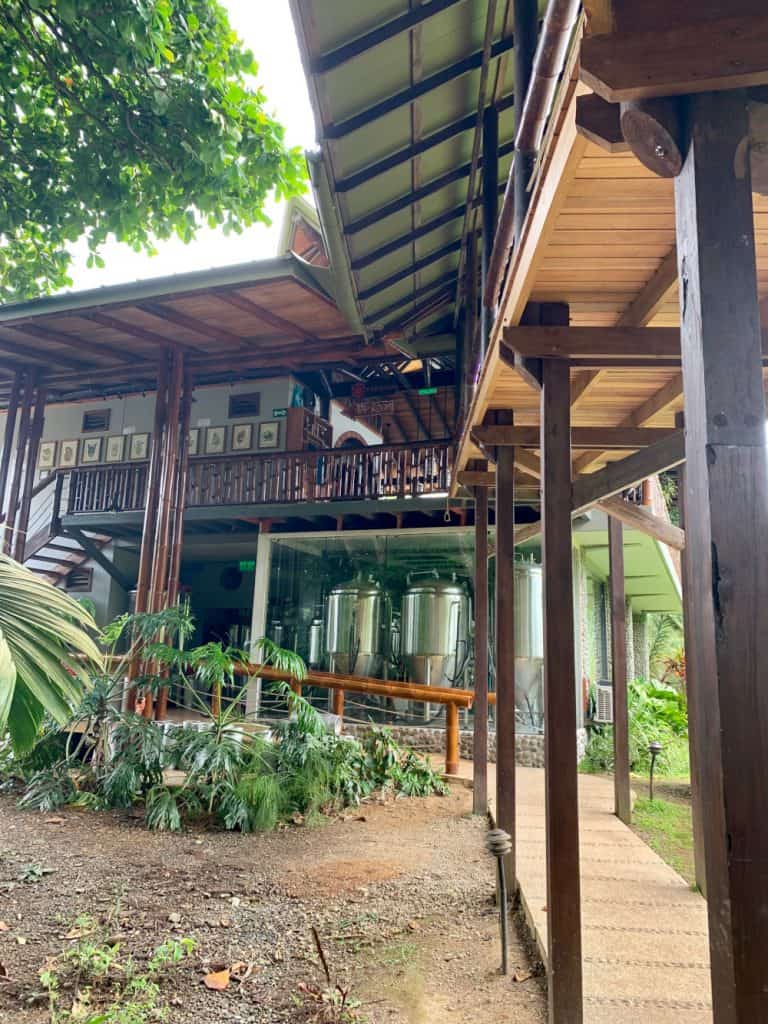 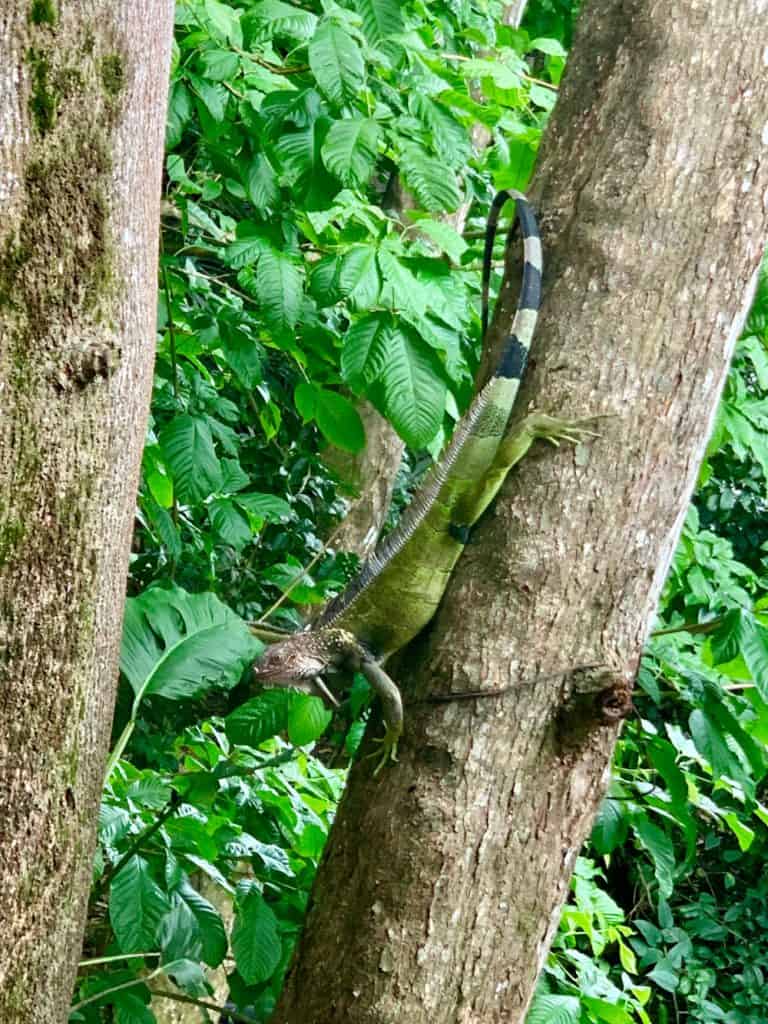 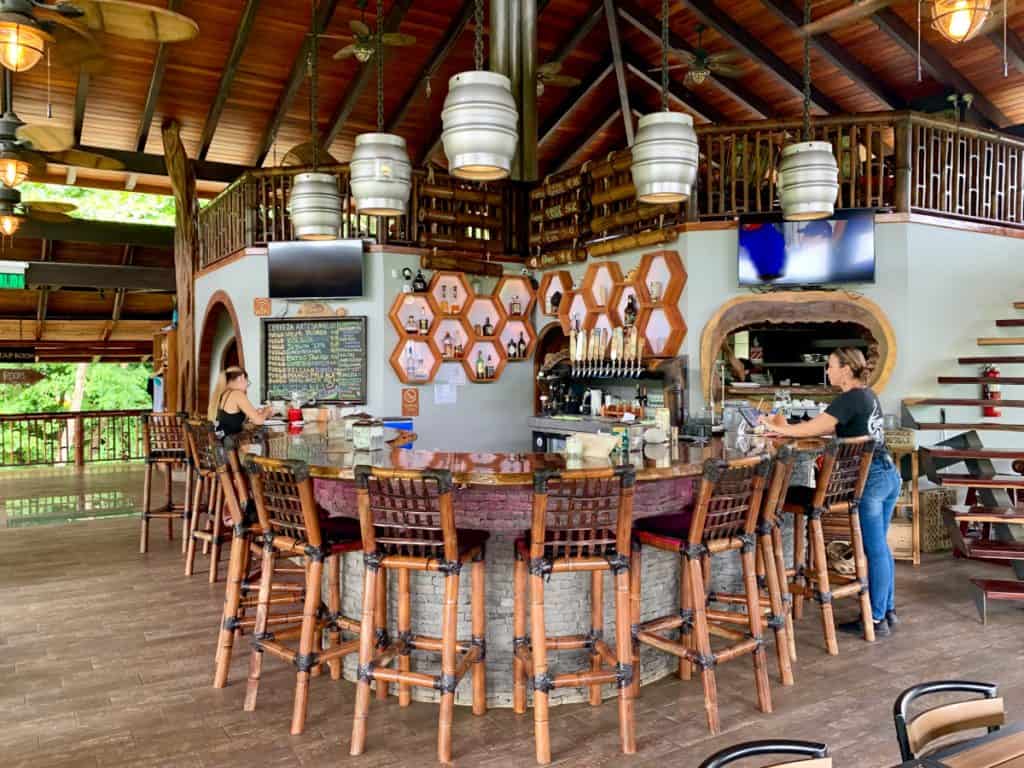 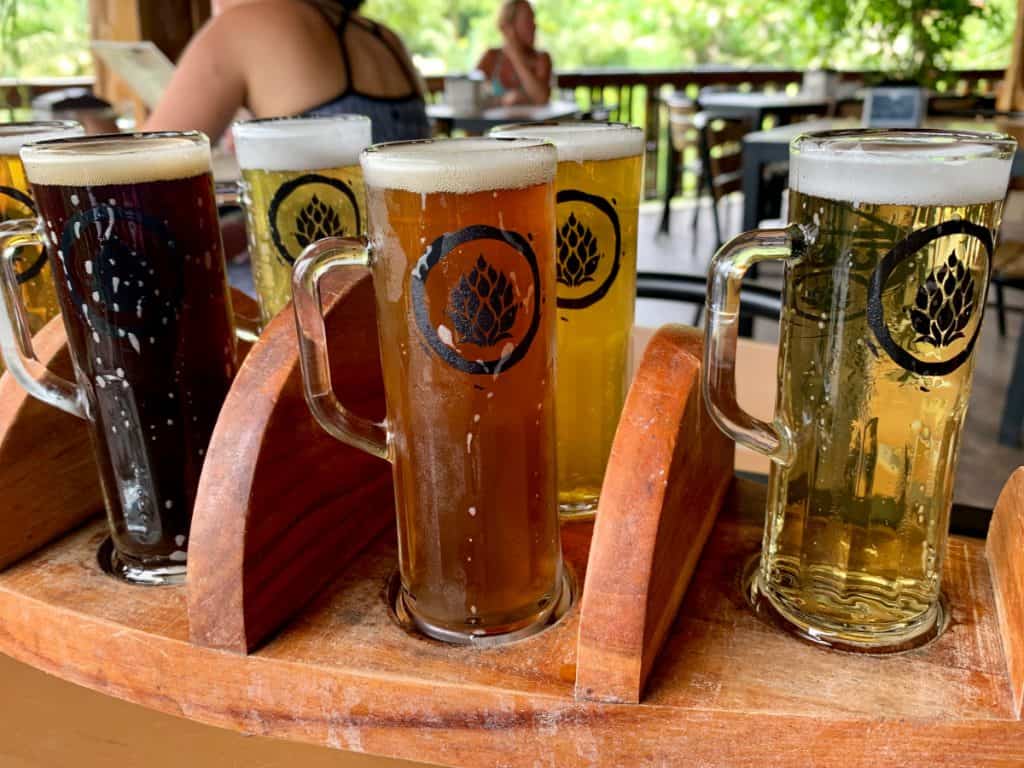 And OH, the food!  I’m always feeling peckish, so we devoured some papas bravas and some sea bass ceviche (which was a bit overly lime-y for my taste).  Because I’m not a quitter, I had fish tacos as well. 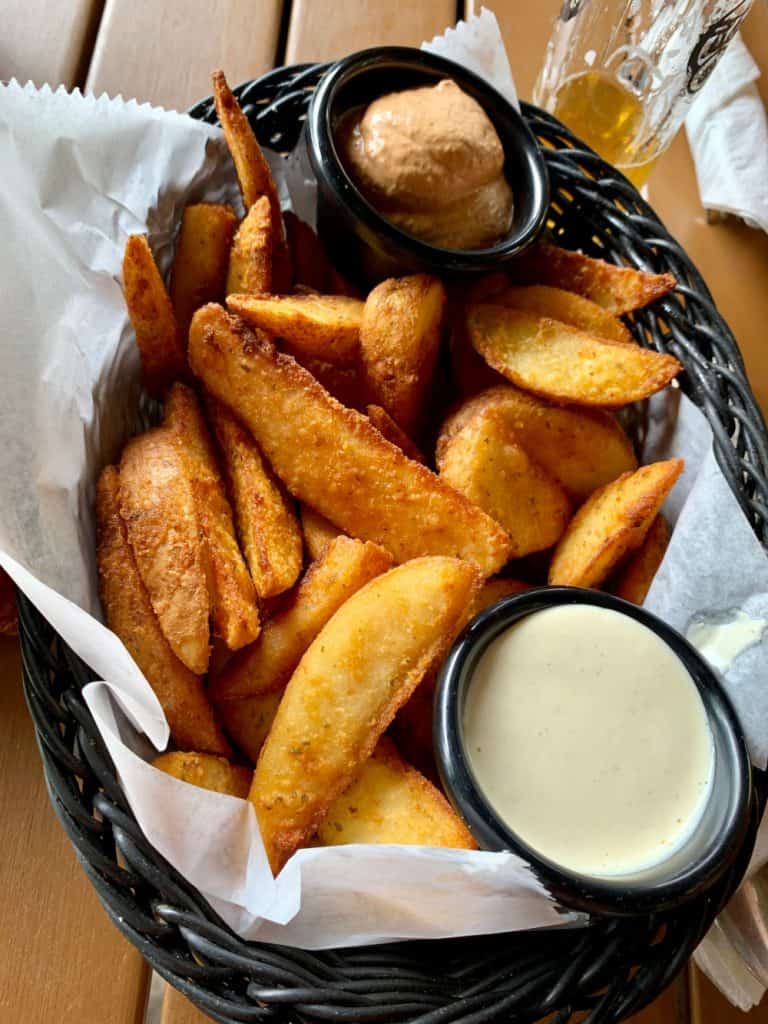 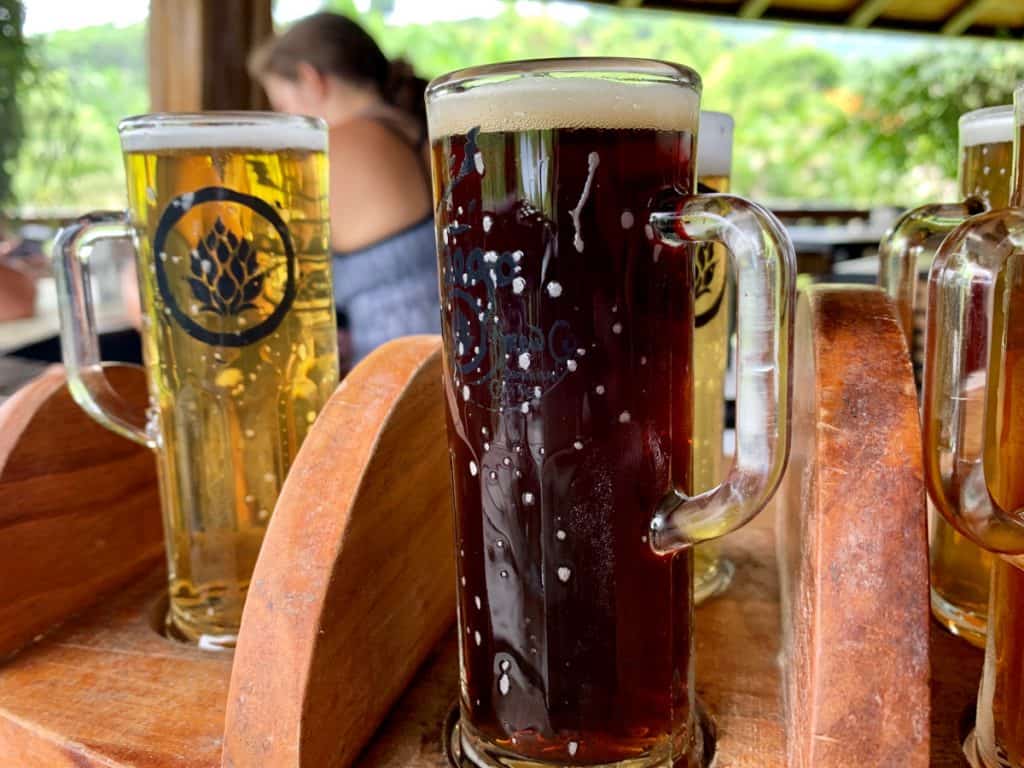 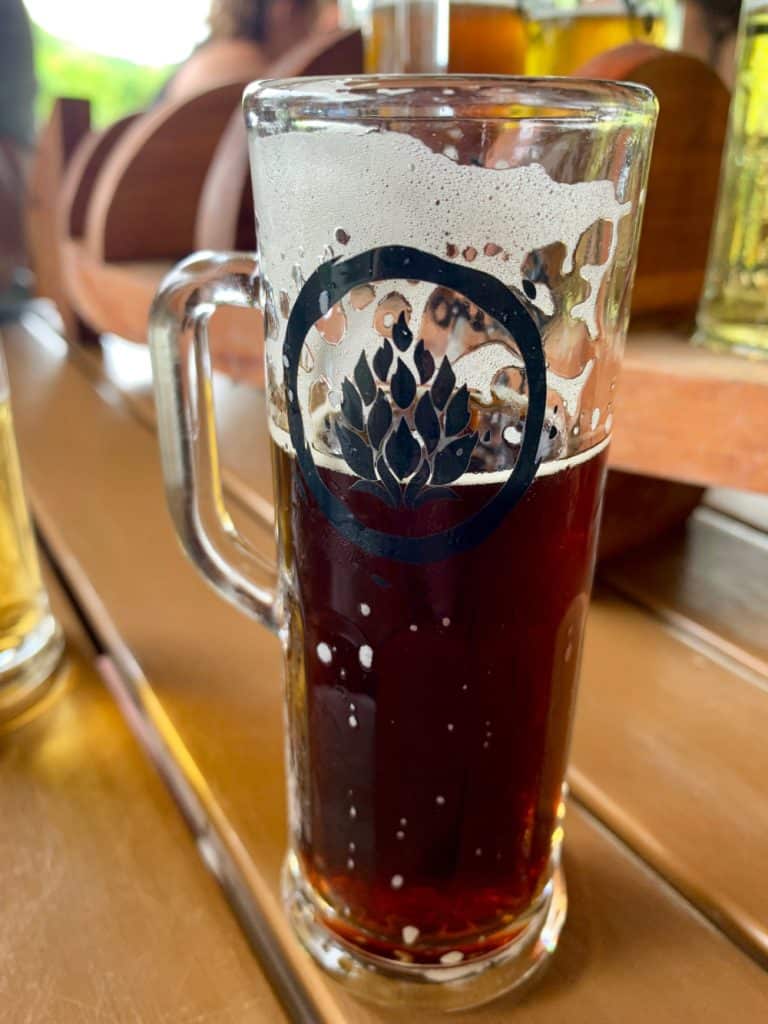 That Fuego Brew Co espresso porter is FIRE.  So good.  The super-pale Kolsch and the mango pale ale were great too, super refreshing. 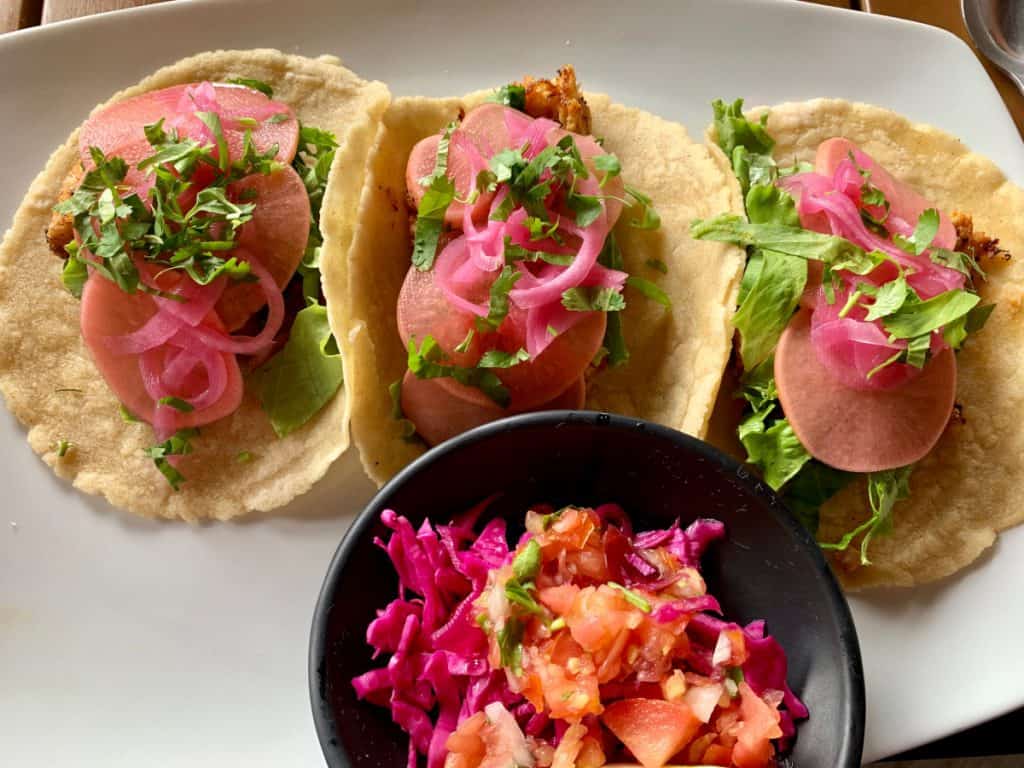 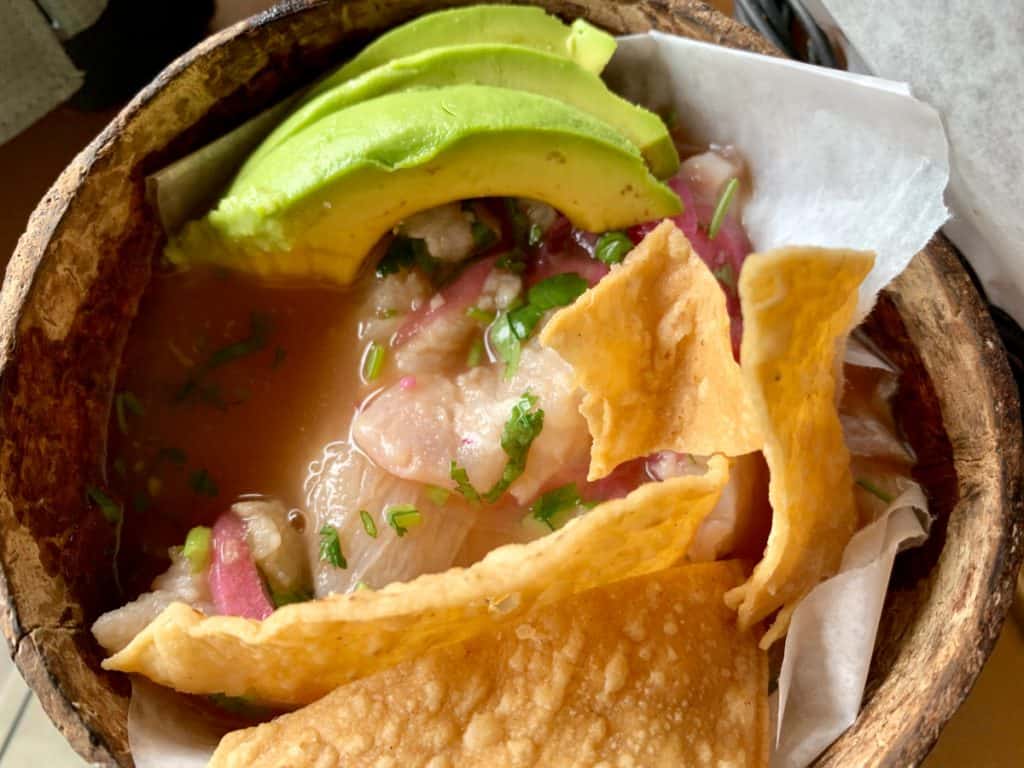 We came back on our last day for some more delish beer, papas bravas, and I tried the piña colada too…SO GOOD.  I didn’t really expect a brewery to make great cocktails, but the piña colada was fresh-tasting, boozy, and totally worth the calories. 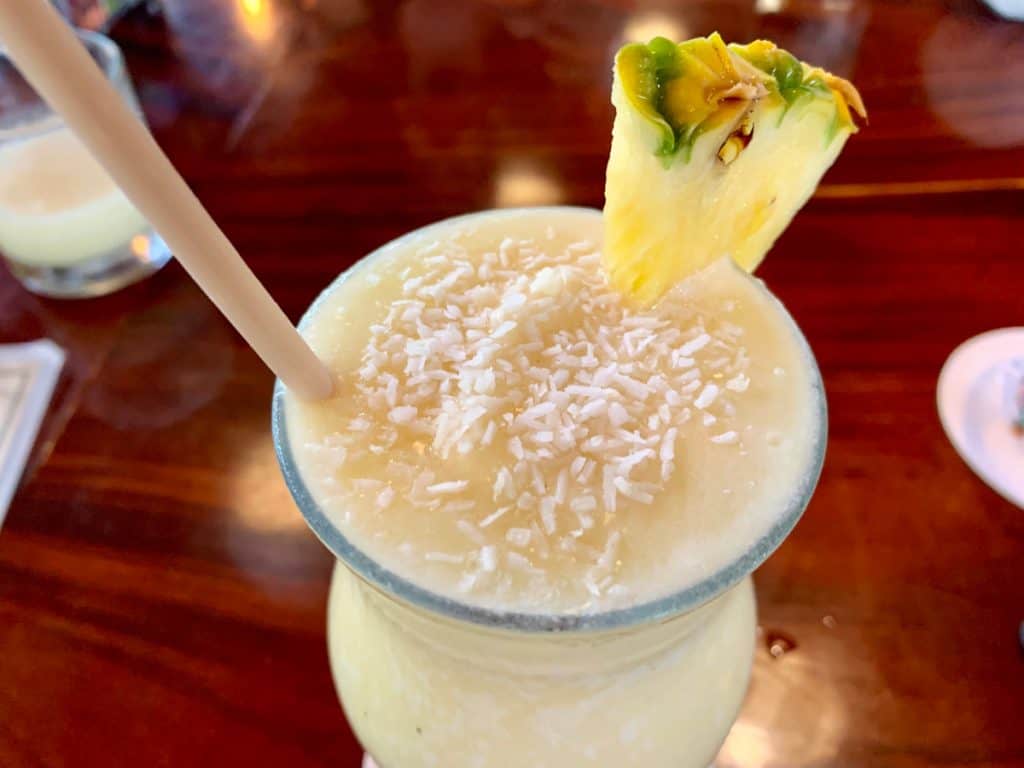 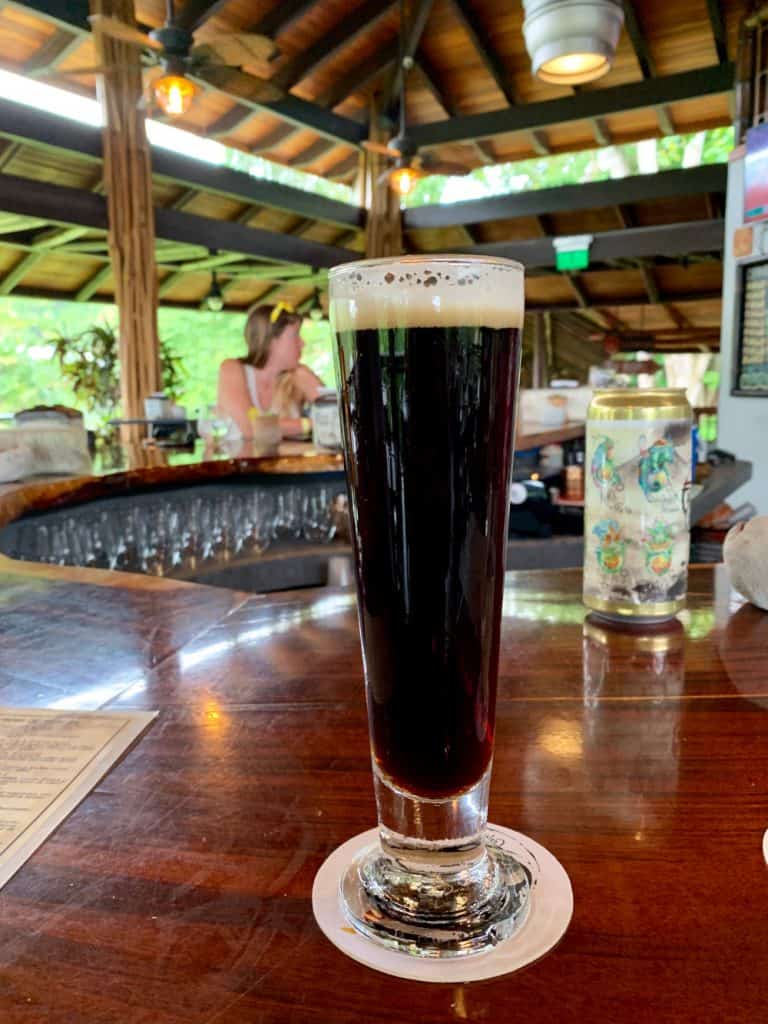 One thing that’s really cool is that you can have them pour and seal big cans (40s, I think?) for you to take with you.  Watching them run the can-sealing machine was pretty neat.  And they have this really cool local art that relies on (to my understanding) historic cultural imagery from the area. 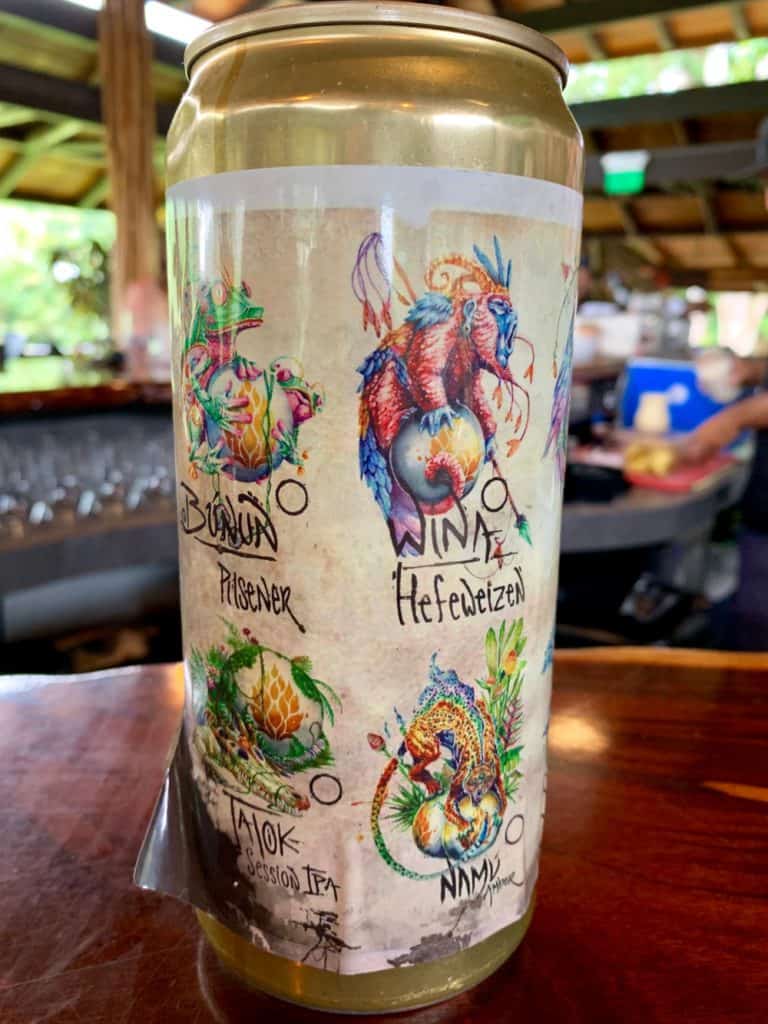 If you can’t tell, I thought Fuego was awesome and I wish I could have spent more time there.  If you’re spending any time in the Dominical and Uvita area of Costa Rica, this needs to be your everyday hangout!

The brewery is in Dominical, in the Puntarenas province of Costa Rica.  It’s easy to find and there are signs from the highway that send you in the right direction.  There’s live music some days, which would be cool to experience.  They also offer tours through the brewery.  You can see the menu and find more info at their official website. 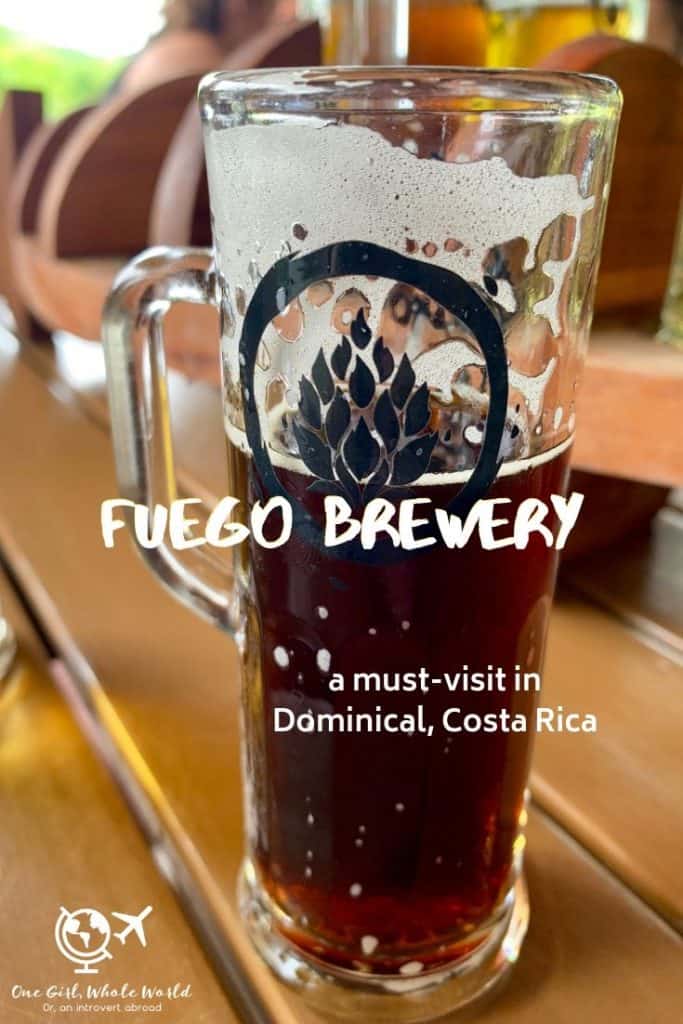 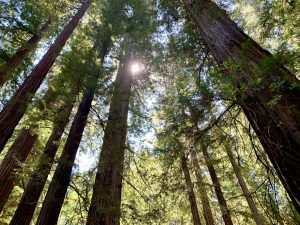 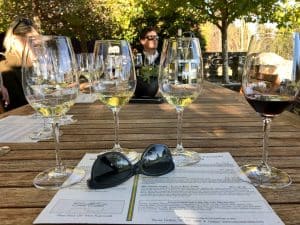