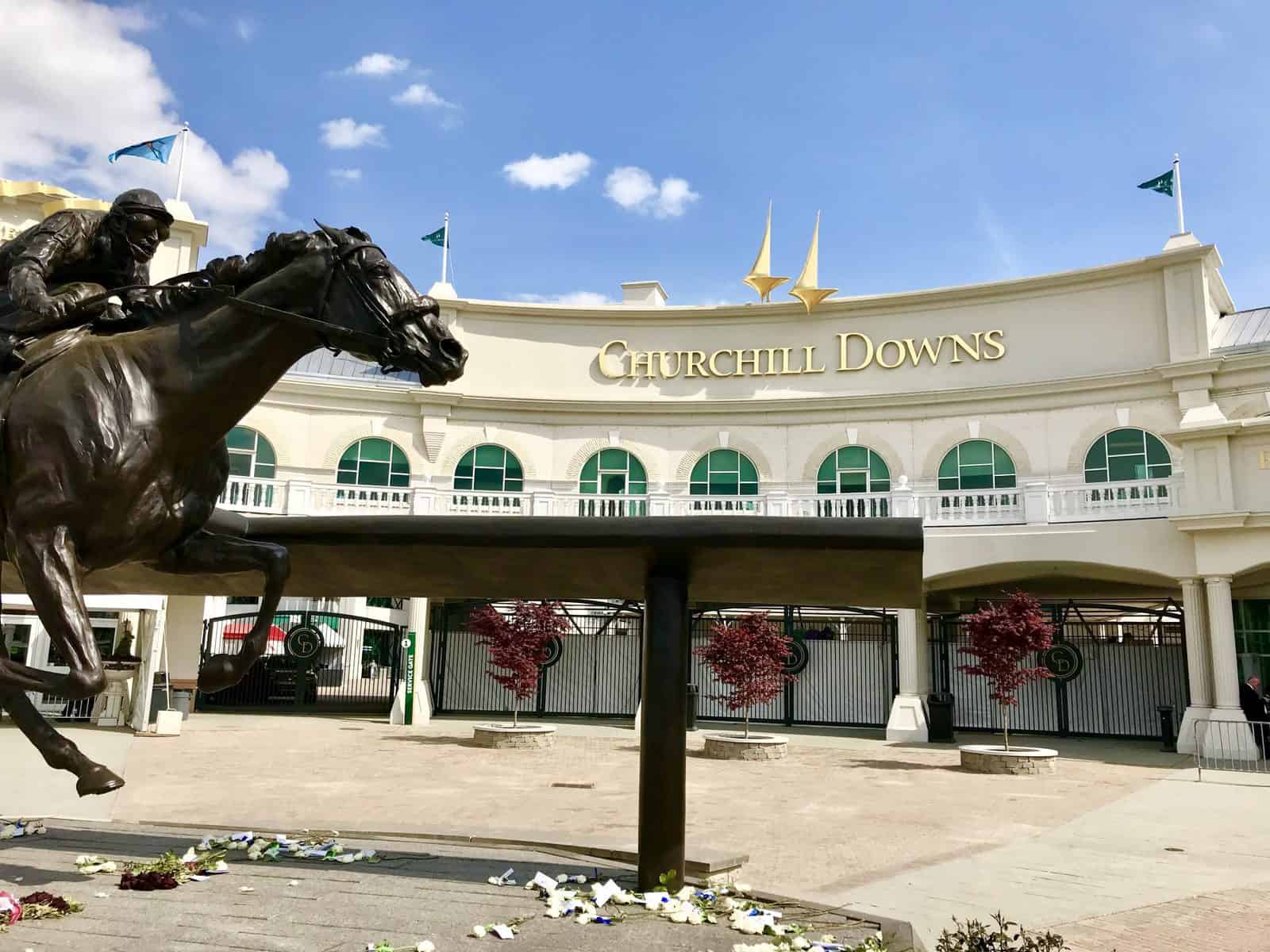 This is one of those things that, before I moved to Louisville, hadn’t really been on my radar as a must.  And that’s a shame, because it’s really an all-American experience.  Today, my friends, we’re visiting the one and only Churchill Downs. 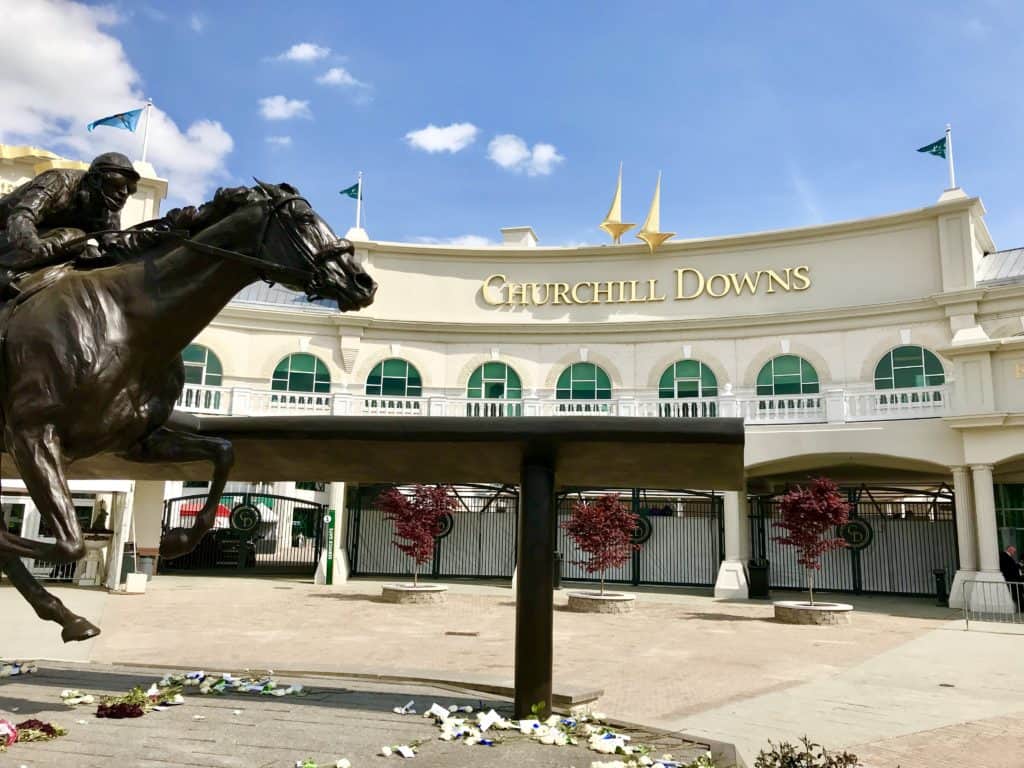 I snagged a last-minute ticket through work for the Wednesday before Derby, and couldn’t have asked for a prettier day!!  It rained buckets on the actual Derby, so I was super lucky.

All-in-all I actually was glad that my first Churchill Downs experience *wasn’t* for the Derby itself, since it let me experience the track in a much more chill, locals-only kind of way.

Also, parking.  I can only imagine what it’s like on Derby day… 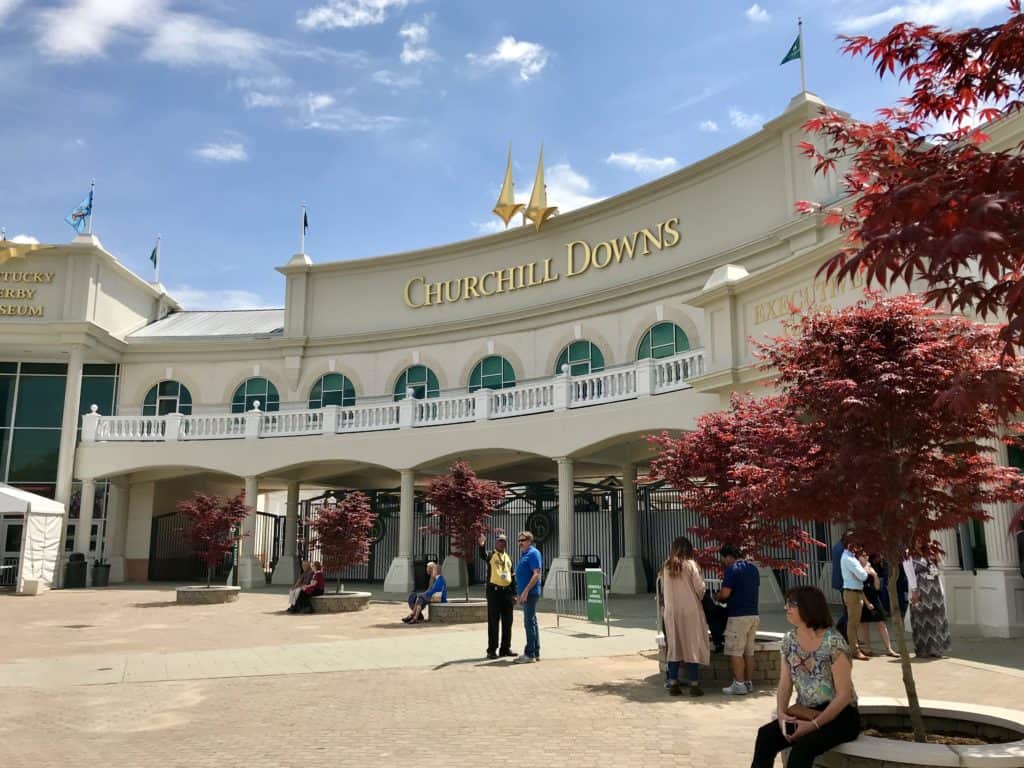 The Quest for the Best Old Fashioned in Louisville

Downtown Louisville (which is super cute, by the way!) was really getting decked out for the occasion.  I was thoroughly charmed by this dapper gentleman statue with his bouquets of flowers. 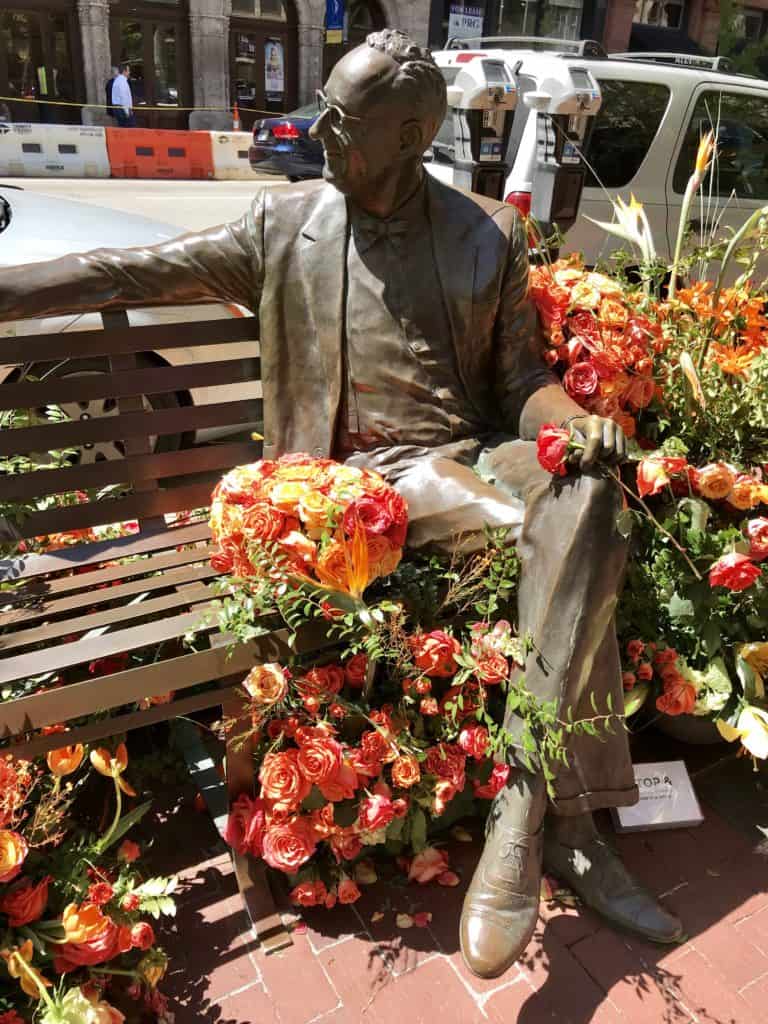 I arrived later than everyone else, but didn’t have too much trouble finding the suite we were in.  The ushers were super helpful in pointing me in the right direction. 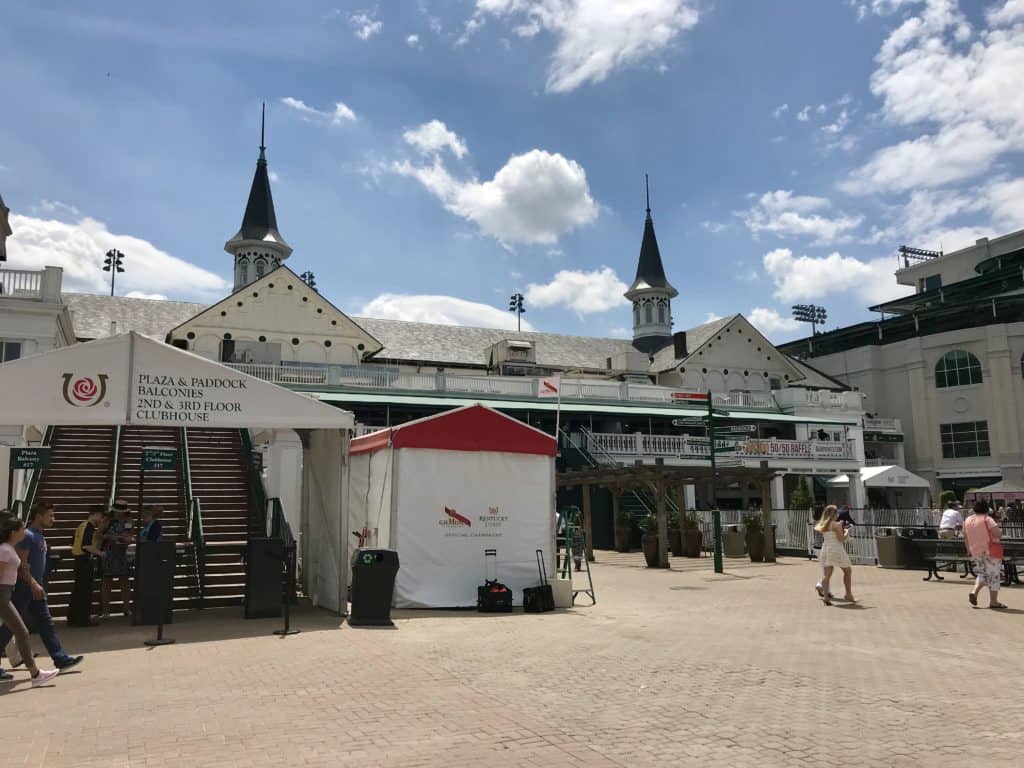 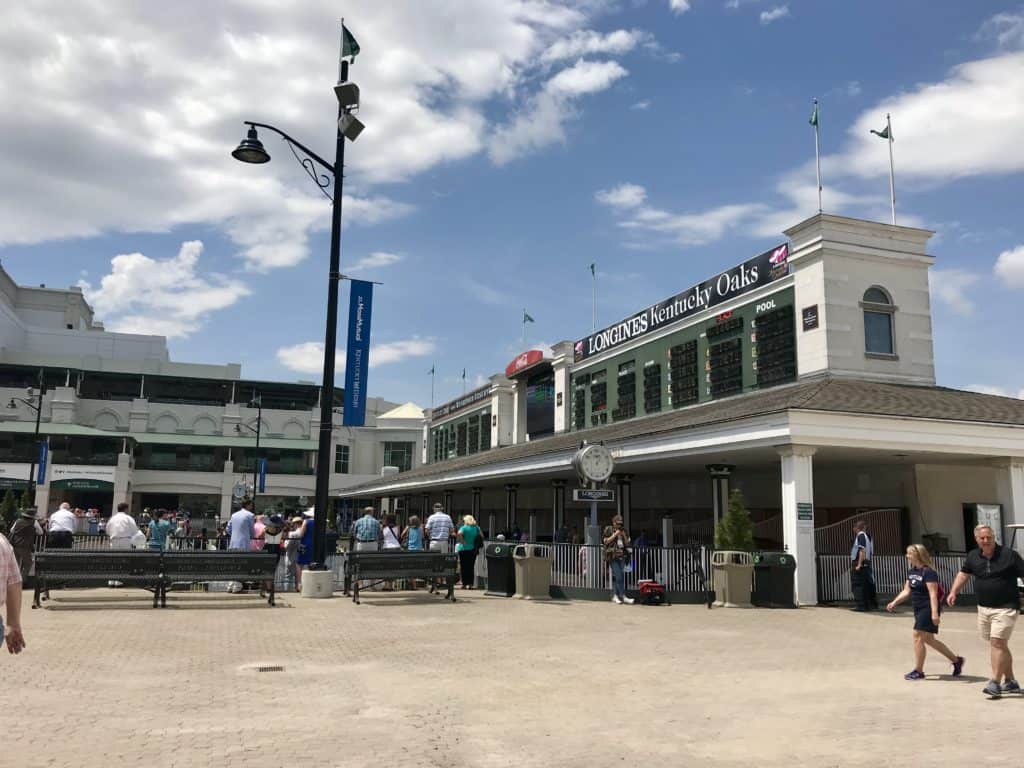 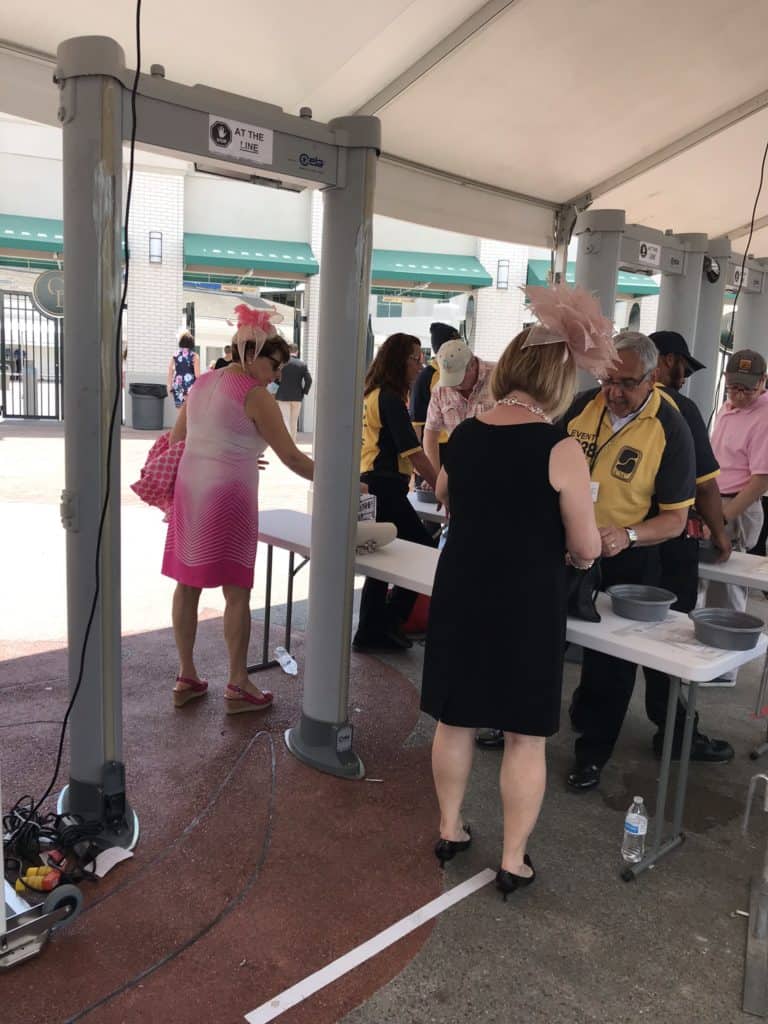 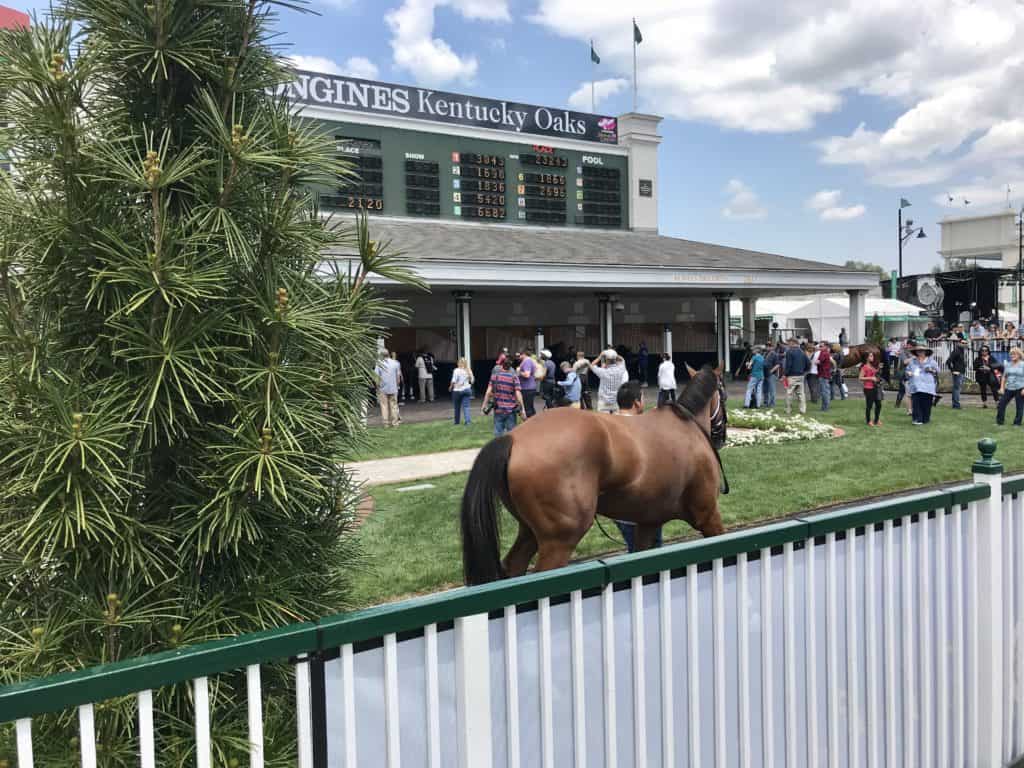 The track is beautiful—all the more so on Derby week, when it gets its moment in the sun. 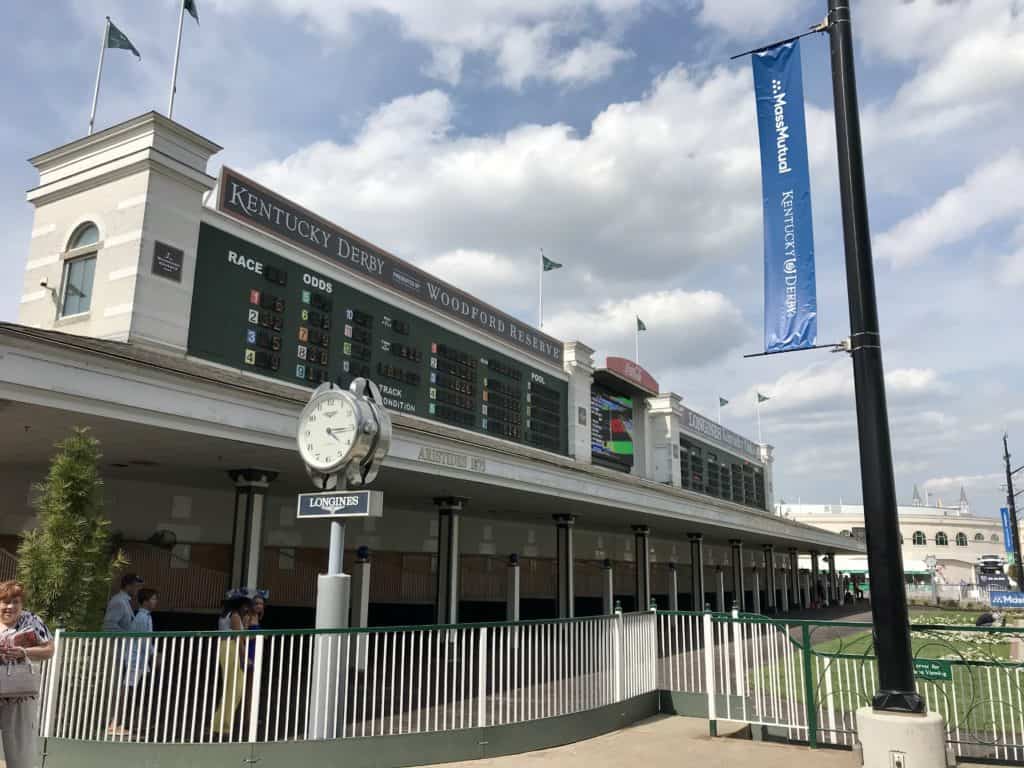 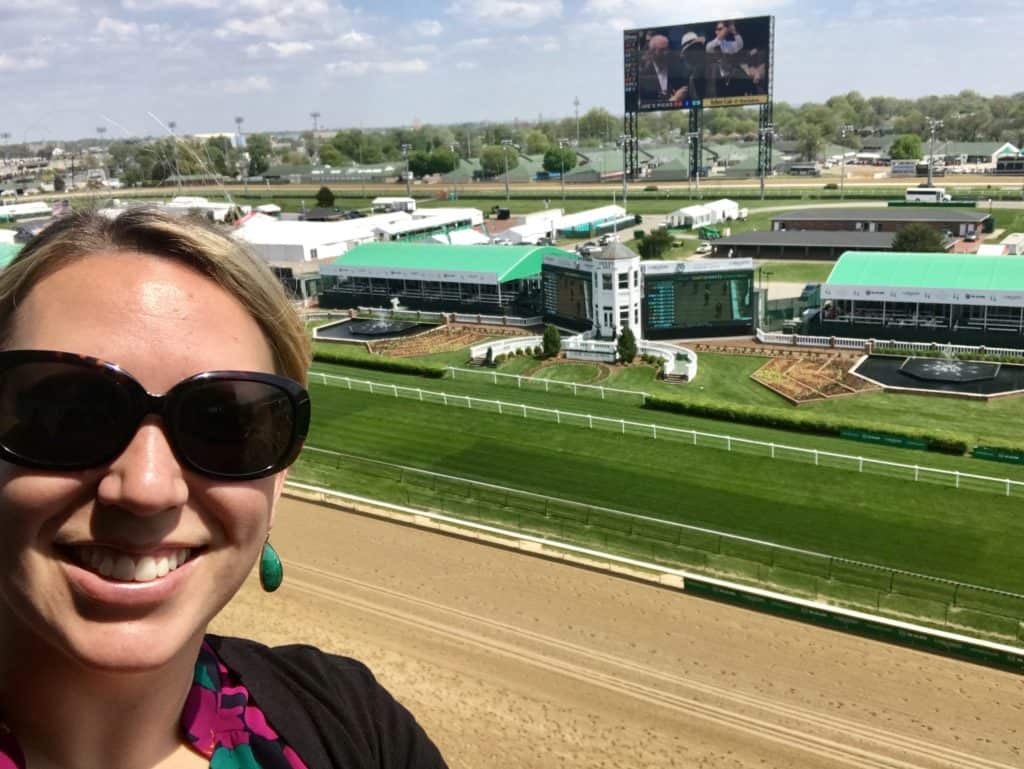 I started off by trying my first mint julep.  I mean, I HAD to—it’s the Derby!  But while the Old Forester punched through nicely, the mint was a little intense and sweet for me (strangely, mint often makes me nauseous).

I’d probably try it again, but honestly the Oaks Lily (recipe here if you want to recreate) is much more my style.  I really wanted to try the Woodford Spire, a new drink for the Derby this year, but they weren’t serving it on Wednesday for some reason. 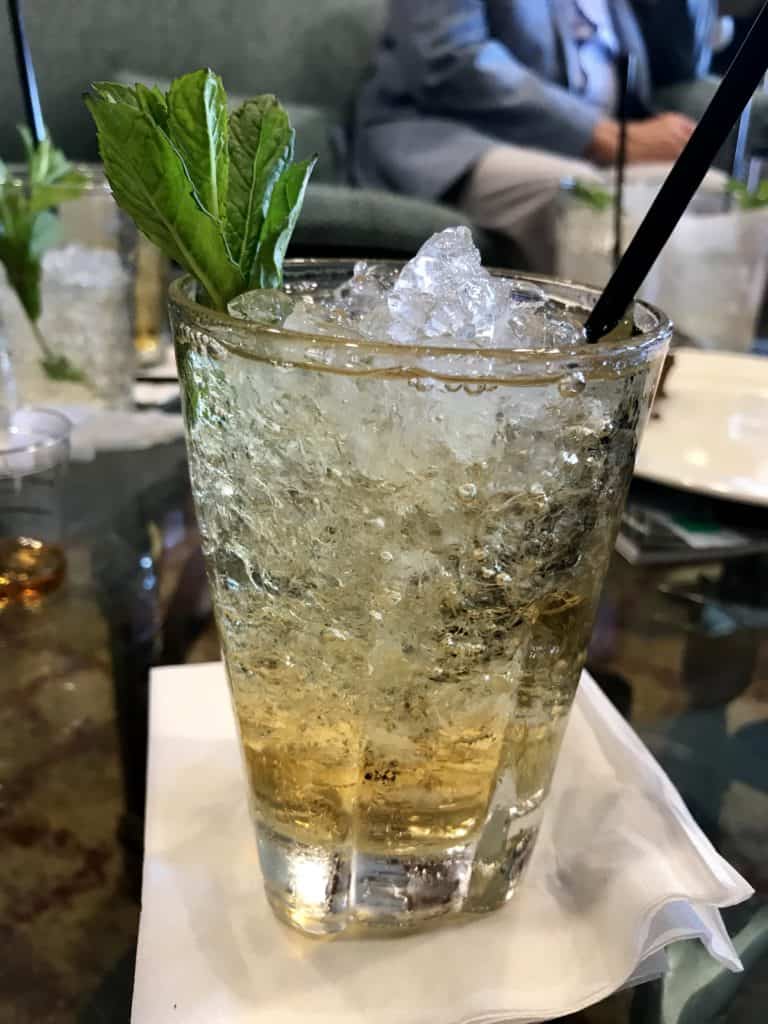 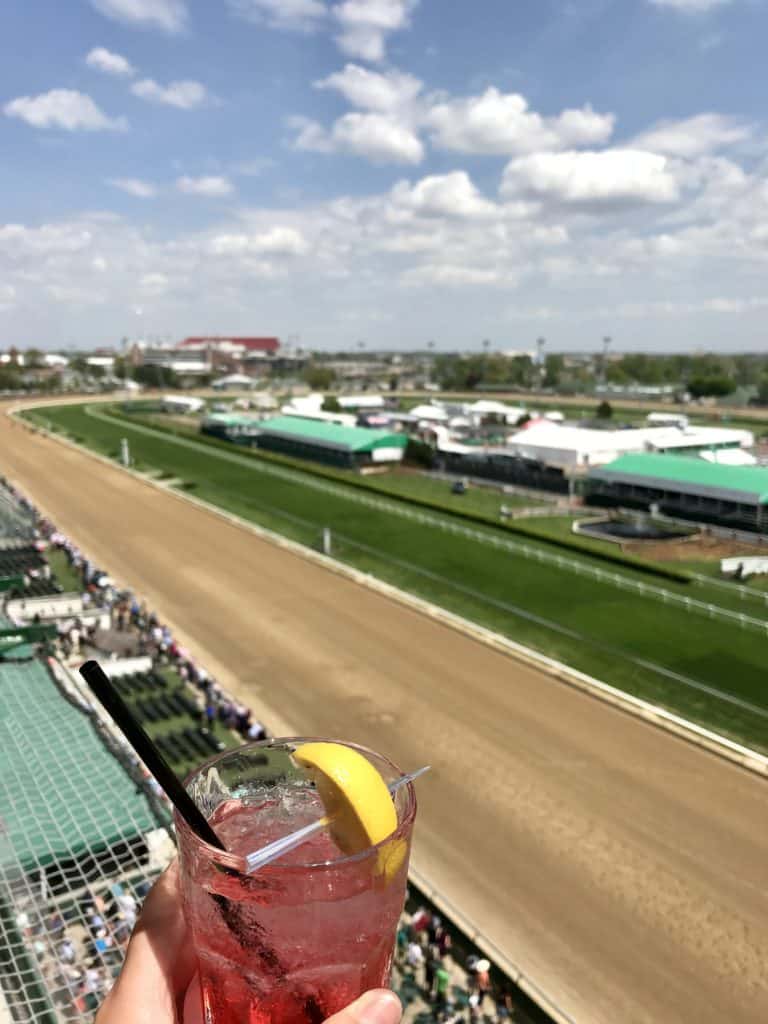 This was my first time at any kind of horse racing event, so I pretty much had no clue what was going on (other than…you know…racing).

The races happened every half-hour or so throughout the afternoon, and my co-workers kept going to place bets, but it’s like they were speaking another language. 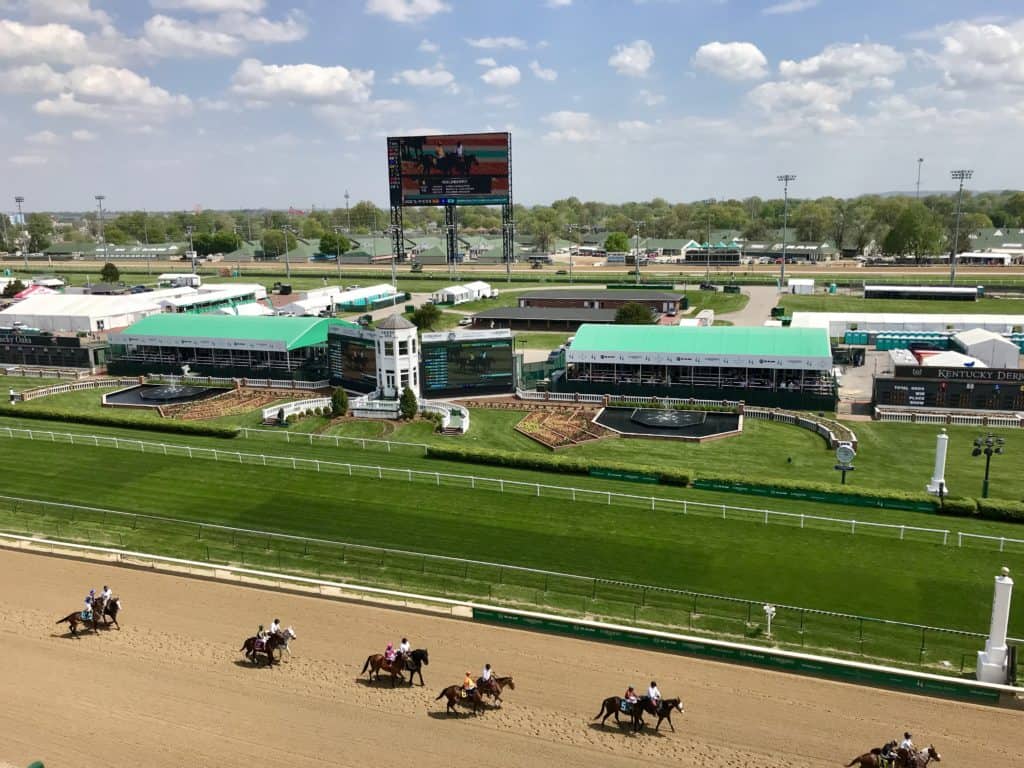 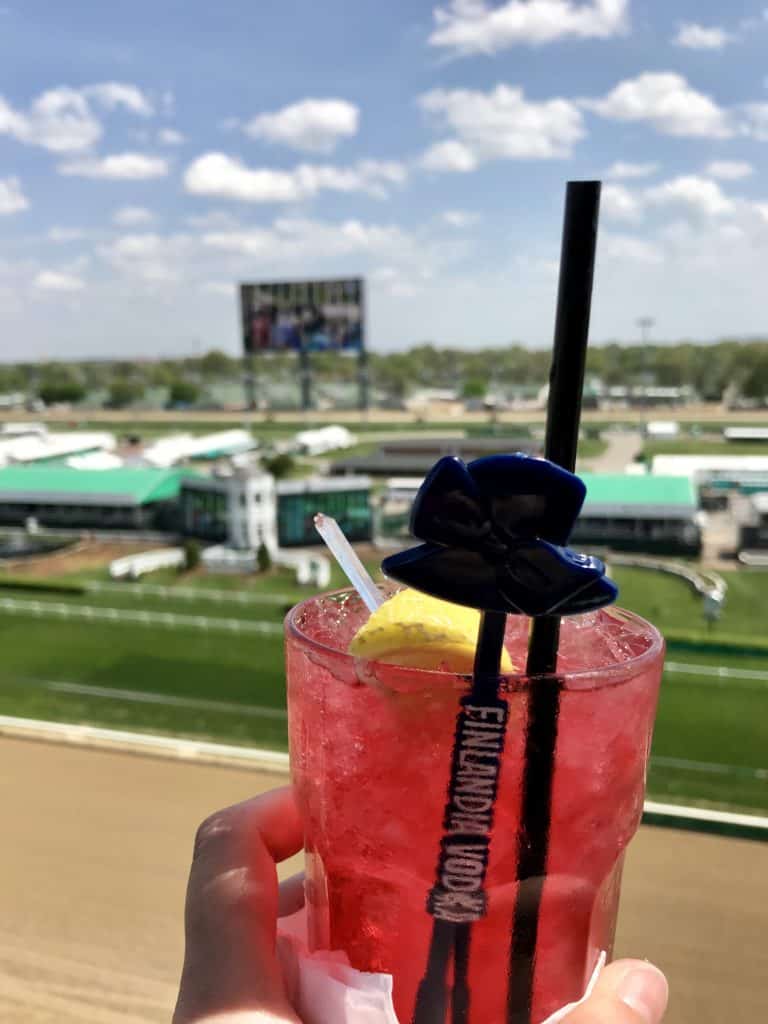 Recently I got to go back with a few of my co-workers for a Twilight at the Downs event, and my colleague Wayne walked me through the program and how all of each horse’s and jockey’s stats are crammed into a couple tiny little lines.

They literally manage to fit everything from their performance for the past several years, to whether they do well on muddy tracks, into a few lines on a page—it’s seriously impressive.

I’m not a gambler (because I hate losing money, and I *always* lose…I’d rather just buy a pair of shoes), but I did place one bet when I went to Twilight at the Downs, just to experience it once.  Woo, $7, big spender! 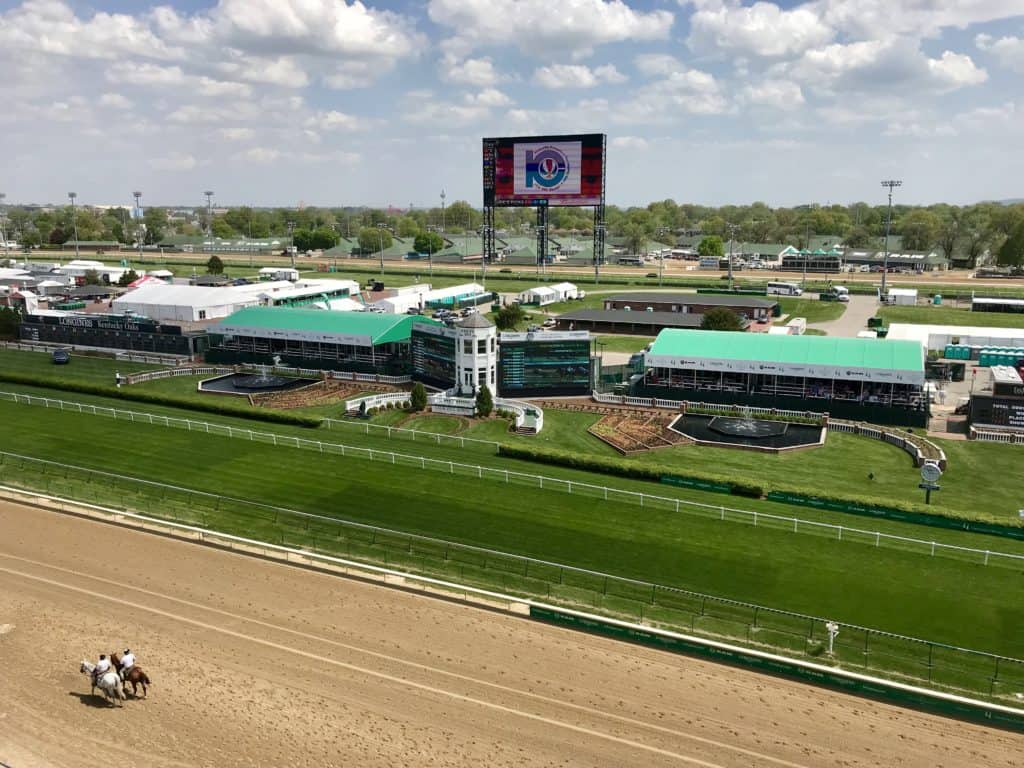 I happened to mooch onto an event they were doing for some press and influencers due to the new Woodford Malt coming out, so that was actually my first time getting to taste the whole Woodford family (something you can definitely do on your own, but unfortunately for most of you, not in a suite at the Downs). 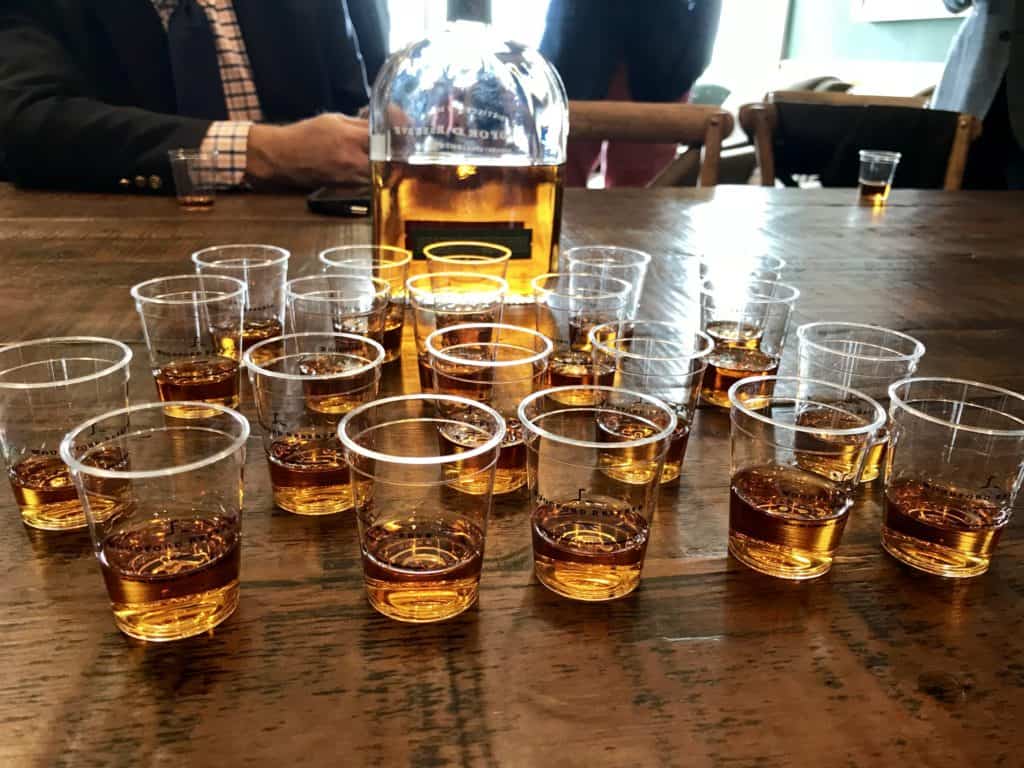 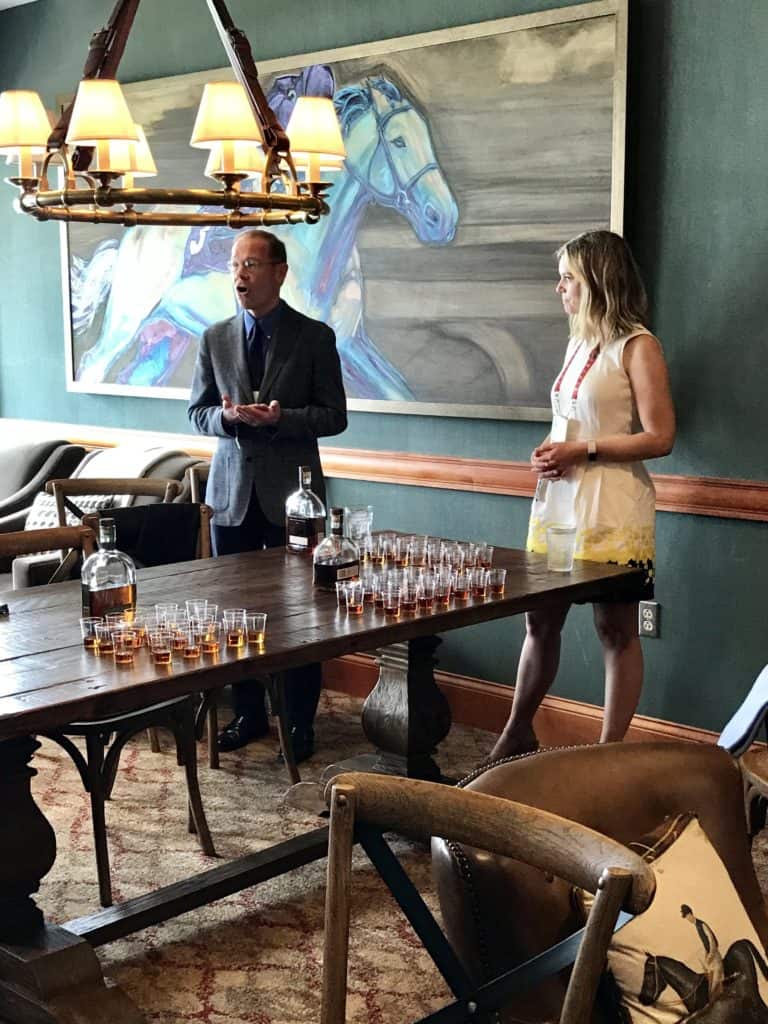 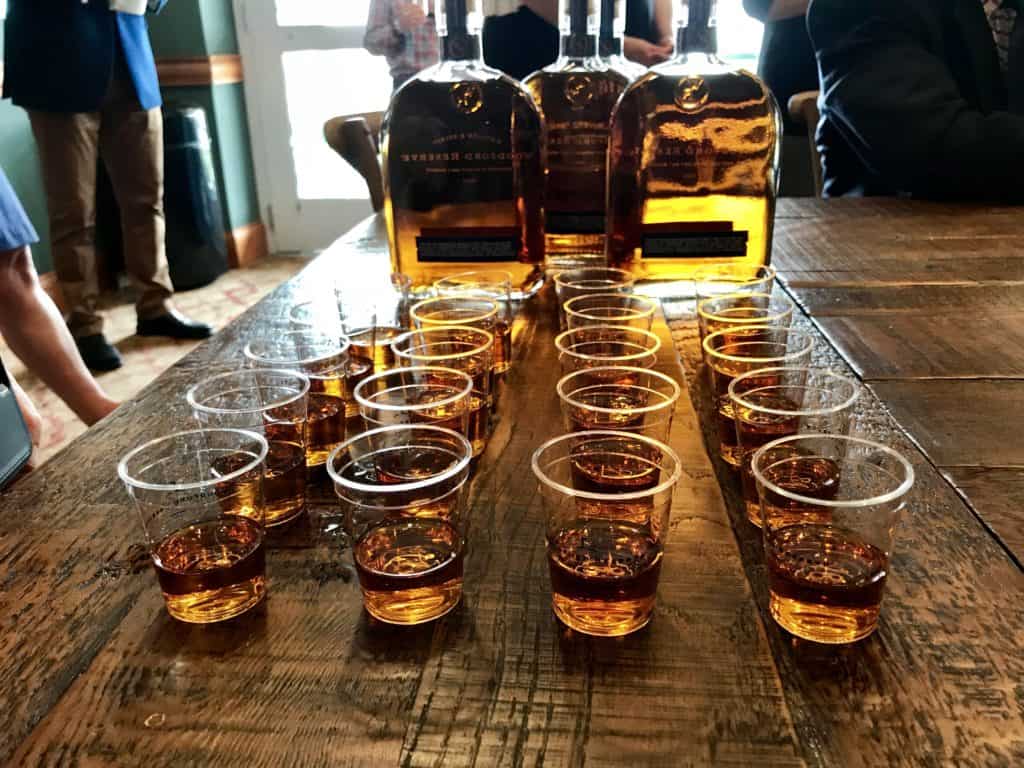 One of the things I learned that surprised me is that there are lots of races at Churchill Downs that aren’t the Derby.  Which…DUH.  But I’d literally never thought about it.

Typically the race season there is April through June and September through November, so if you were planning a trip to Louisville you could get tickets and experience the track for a fraction of the cost of Derby.  Here’s their calendar, for reference.  Apparently Thanksgiving at the Downs is a huge tradition for locals. 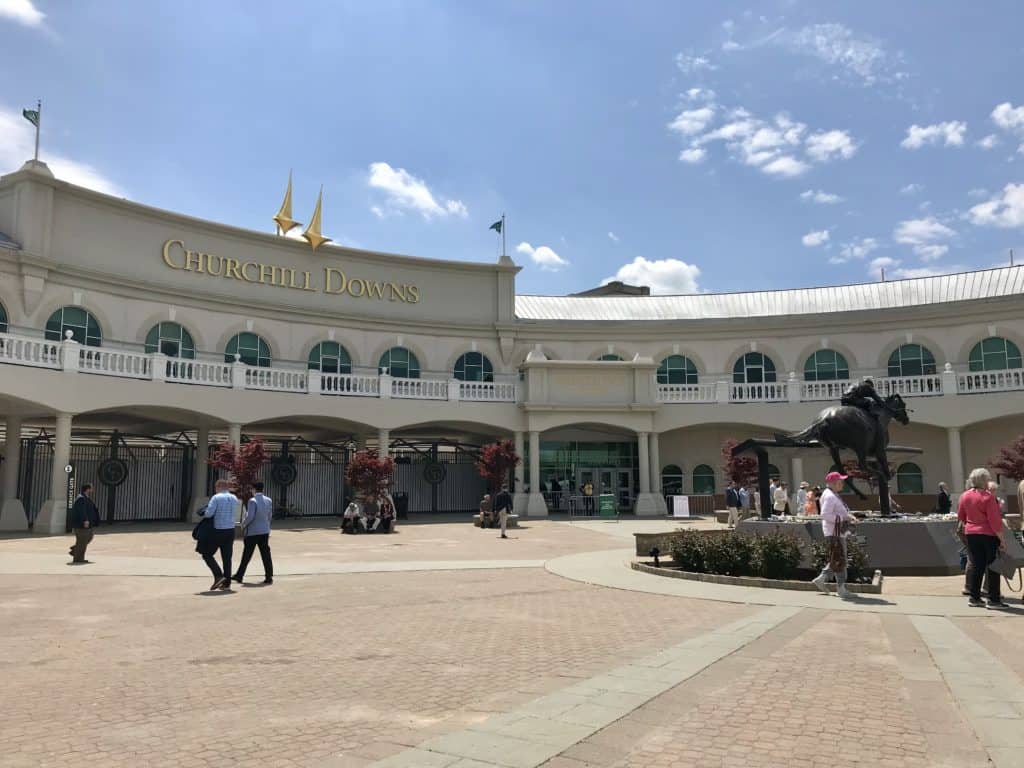 So there you have it—my first Churchill Downs experience as a Louisville local, during Derby week and a mere month or so after moving to the area.  It felt like such a quintessential American experience, and if you’re planning a trip to Louisville I highly recommend trying to visit the track for a race!

If you’re a Louisville local (or frequent Derby-er), I’d love to hear your best insider tips for Churchill Downs or how to Derby like a local…next year I’m definitely in!

Other U.S. destinations to consider: 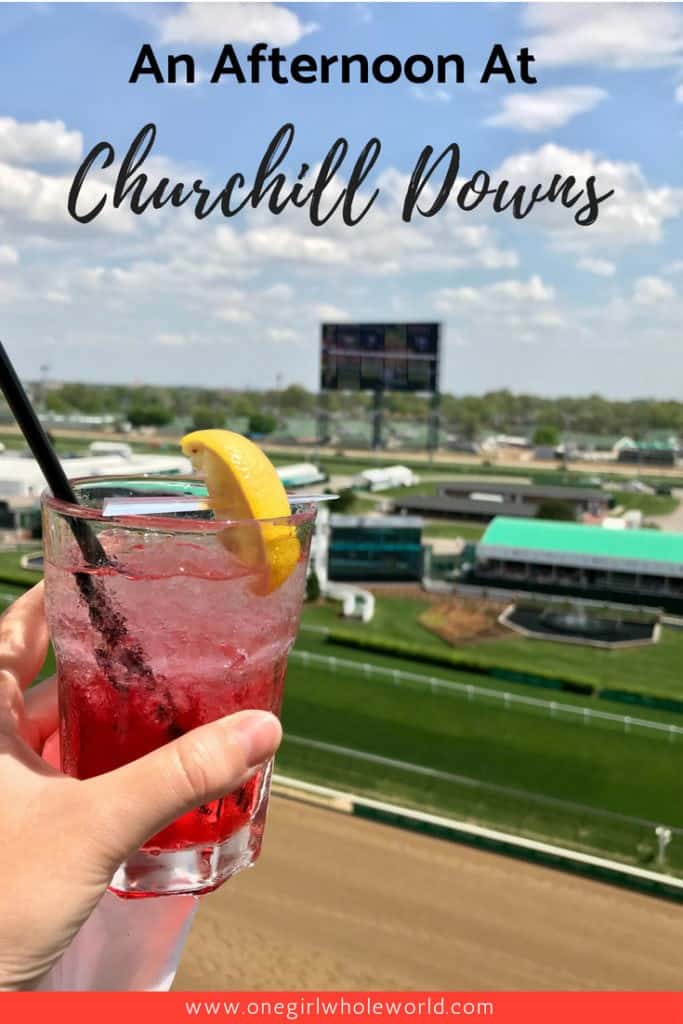 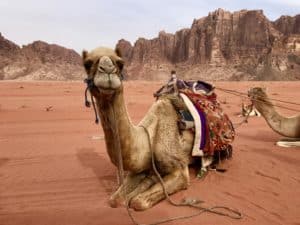 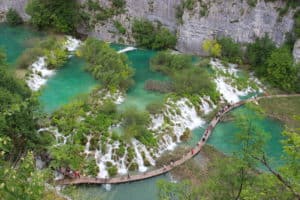