The Quest For The Best Old Fashioned In Louisville, Kentucky 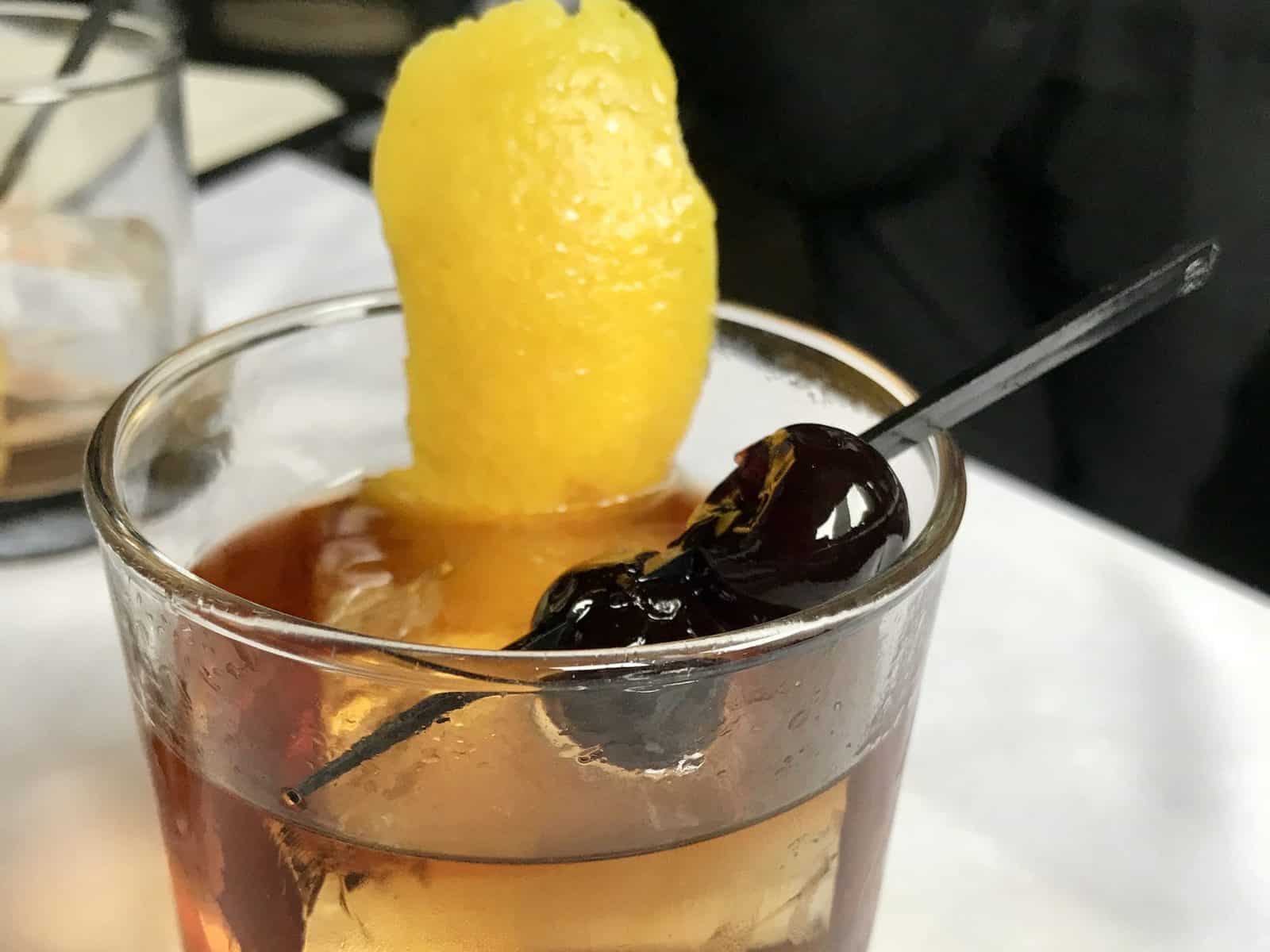 Today, friends, we’re going to talk about cocktails.  And homes, new and old.  New home for me.  Old home for the old fashioned.

It’s been almost a year since I uprooted my life in Atlanta and moved to Louisville, Kentucky, for a new job with a spirits company.  As this wine girl started training her palate to love liquor, I began immersing myself in learning about bourbon. 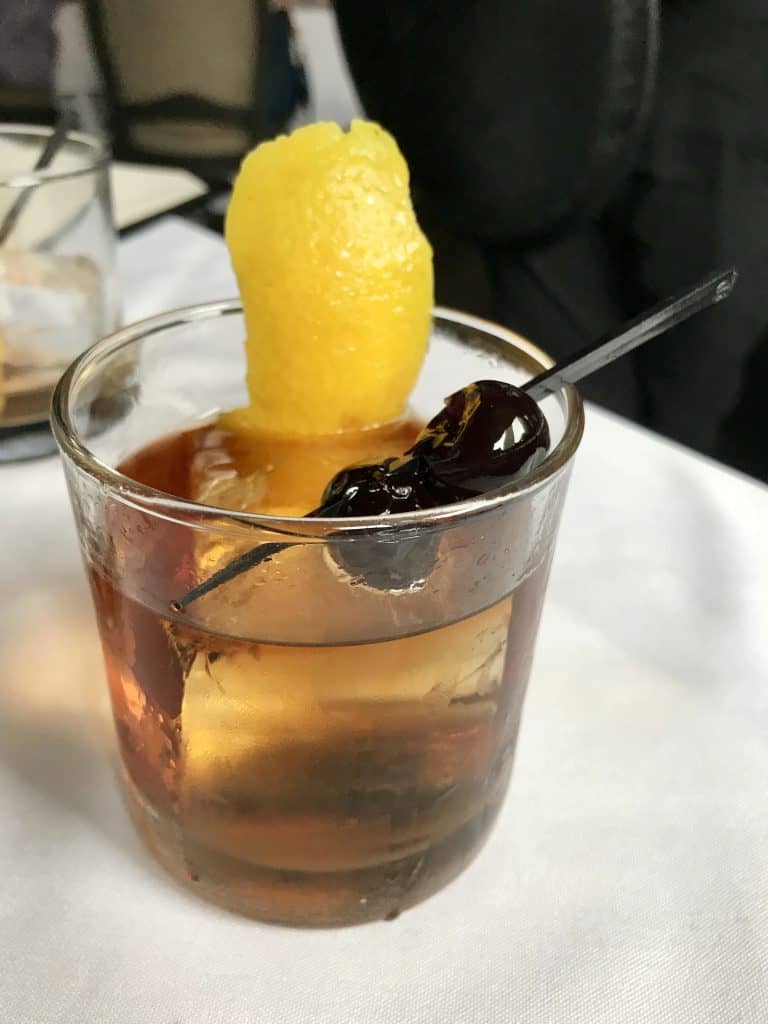 We take old fashioneds VERY seriously here.  You ask pretty much anyone and they’ll tell you why [fill in the blank] restaurant or bar has the best old fashioned, what whiskey it uses, and why this other place’s is crap.  They’re a staple on every menu here, and each bartender is determined to put his or her stamp on it.

This is the only city where I’ve had a bartender—at a busy concert venue with a nice bar, no less—apologize when I ordered an old fashioned, tell me he didn’t have the right bitters and was out of fresh oranges, and he didn’t feel right not making me a great one because I’d be disappointed.

I appreciated his honestly and ordered a gin & tonic instead… 🙂 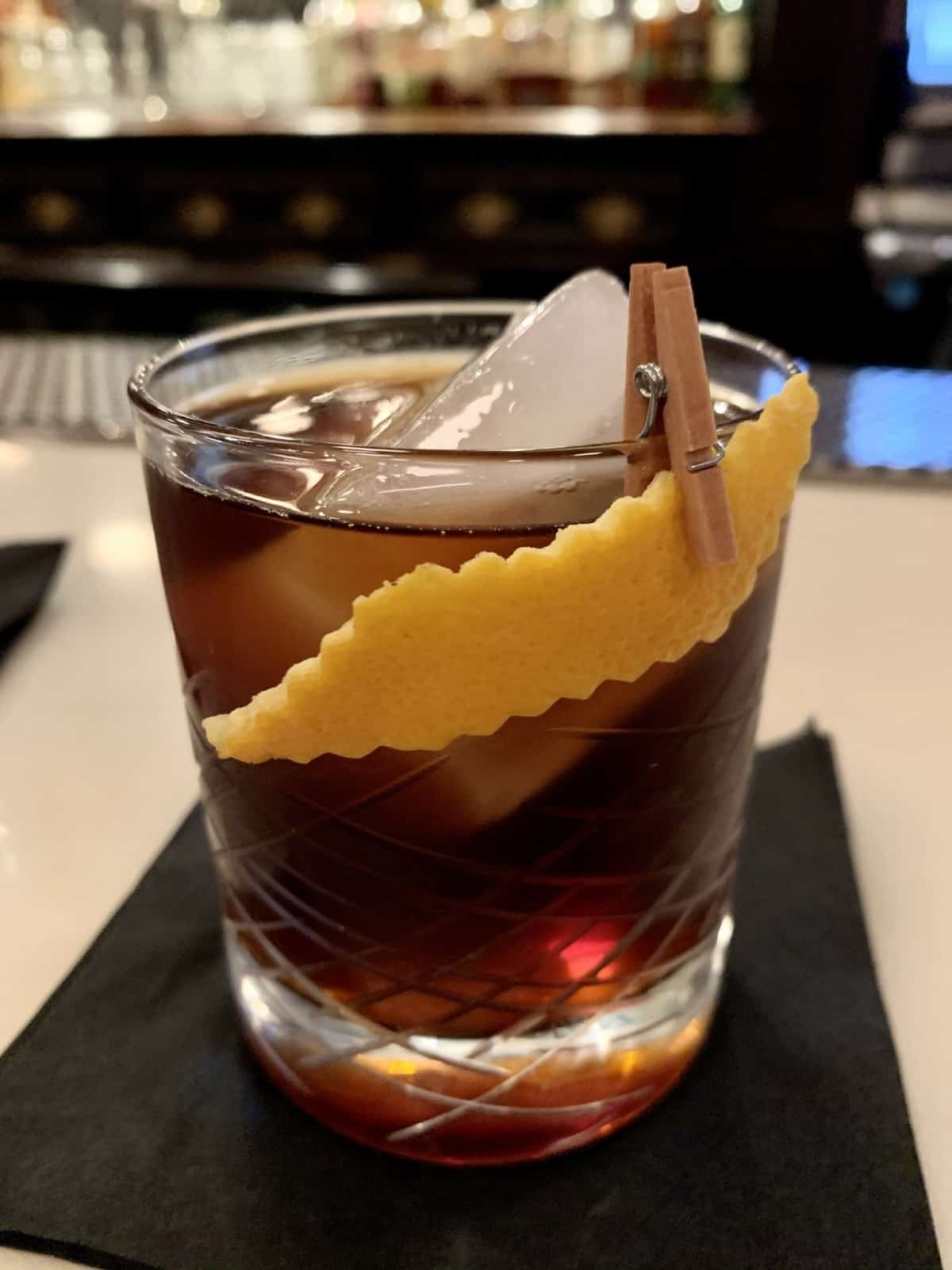 The history of the old fashioned cocktail

The reason Louisville is so serious about our old fashioned is that we consider it “ours”.  As far as historians can tell, the old fashioned was the original cocktail, dating back to the early 1800s.  It was literally just called the “cocktail” at the time—made from a brown spirit (often whiskey but could be something else), sugar, water, and bitters.

As it gained in popularity and bartenders began playing with the recipe, people started asking for it “the old fashioned way”, or ordering an “old-fashioned whiskey cocktail” to make sure they were getting the original drink they liked.

Thus, the old fashioned was born, and the formal naming of it is said to have originated in Louisville’s Pendennis Club in the 1880s (this time using bourbon; rye had been more popular in earlier years).  It’s now the official cocktail of Louisville.  You can read some other really interesting historical tidbits about it here. 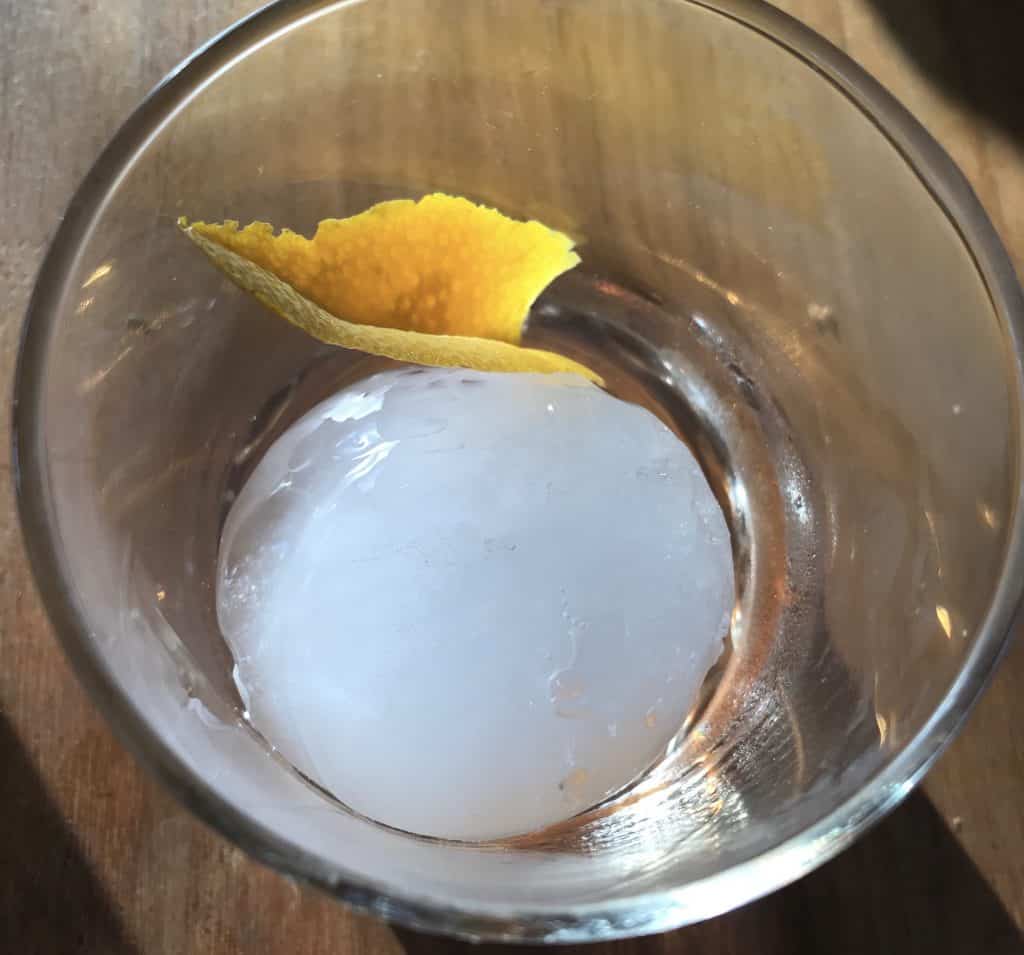 So what is an old fashioned?

As mentioned above, at its heart it’s a cocktail made from liquor, sugar or simple syrup, and bitters, often with fruit of some sort.  It technically doesn’t have to be made with whiskey, but rye and bourbon are the most common.  I have had a tequila old fashioned, though, and it’s…an experience.

What makes a great old fashioned?? Well that depends on who you ask, certainly—tastes run the gamut, and it’s a very personal and divisive topic in Louisville.  And don’t even get me started on Wisconsin and their brandy old fashioneds…

So now that we’ve gotten all that out of the way (and you know my taste biases), here’s my list of the best old fashioneds in Louisville.  I don’t have pics for all of them because sometimes it’s so dark in the bar that I can’t snap a good one 🙂  Note, I will most certainly be updating this on an ongoing basis as I discover new gems.

The best old fashioned in Louisville

Down One Bourbon Bar

So far this is one of the most simple, down & dirty old fashioneds I’ve had.  Simple rye (they use High West, I think), bitters, sugar (very little), and an orange peel.  Simple and yet super yummy. 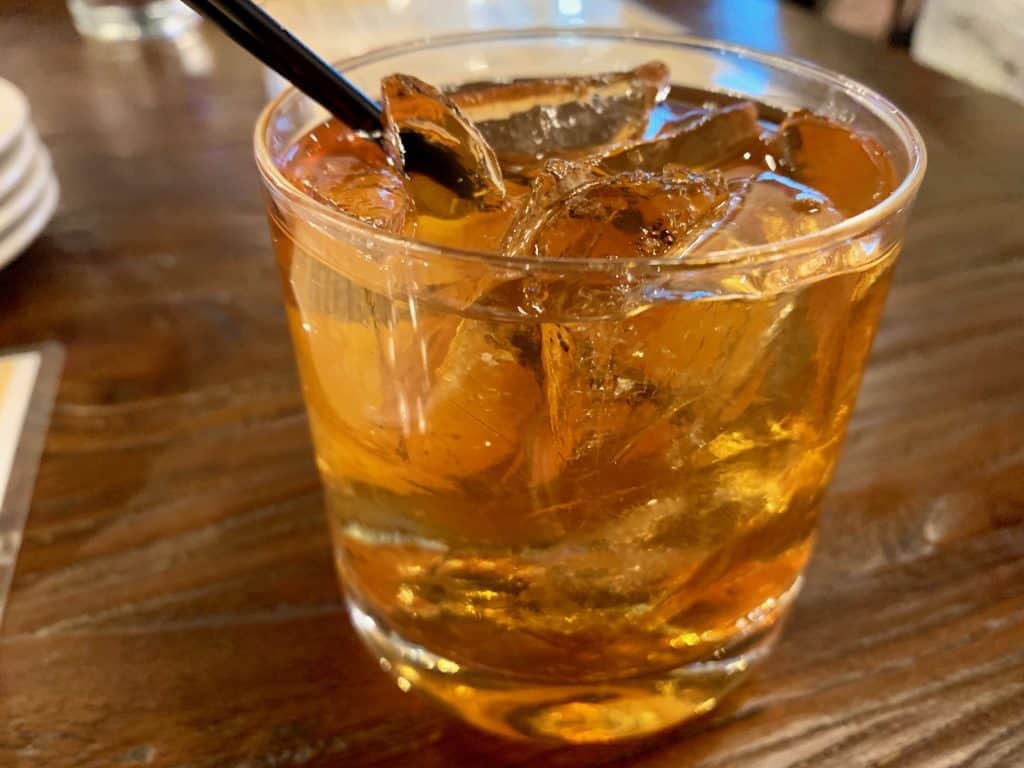 I’ve been here a couple times for dinner, but only recently got to try their old fashioned.  One of the guys I was with thought it was a little sweet, and I can maybe see his point, but I like it anyway…the booze still punches through, so the syrup isn’t overwhelming.  Nearly perfect. 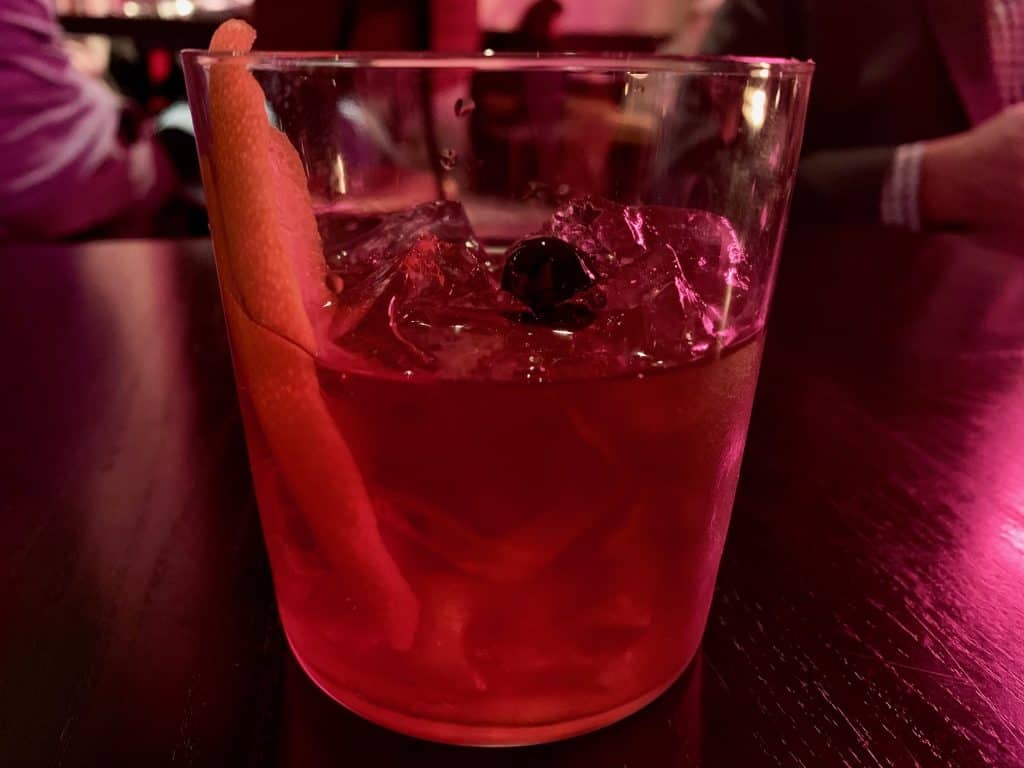 The Butchertown area is super cool, dotted with all kinds of bars and restaurants.  Their upstairs bar, Lola, leans toward a very straightforward old fashioned interpretation, using Old Forester 100 proof and with both orange and lemon peel.  My only complaint might be just too much ice, but that’s just pickiness.  Delish all around.

I swung by here for a cocktail and fries one night before seeing a show at the Palace, and loved the Brendon’s 1081, their riff on the old fashioned.  In general if you’re a bourbon fan, you’re spoiled for choice at Catch 23—they have over 100 Kentucky bourbons to choose from, including quite a few more rare expressions.

This guy is a little heavy on the syrup, but otherwise a lovely and fairly straightforward take on the old fashioned.  As a bonus, the rooftop patio is great on a nice day. 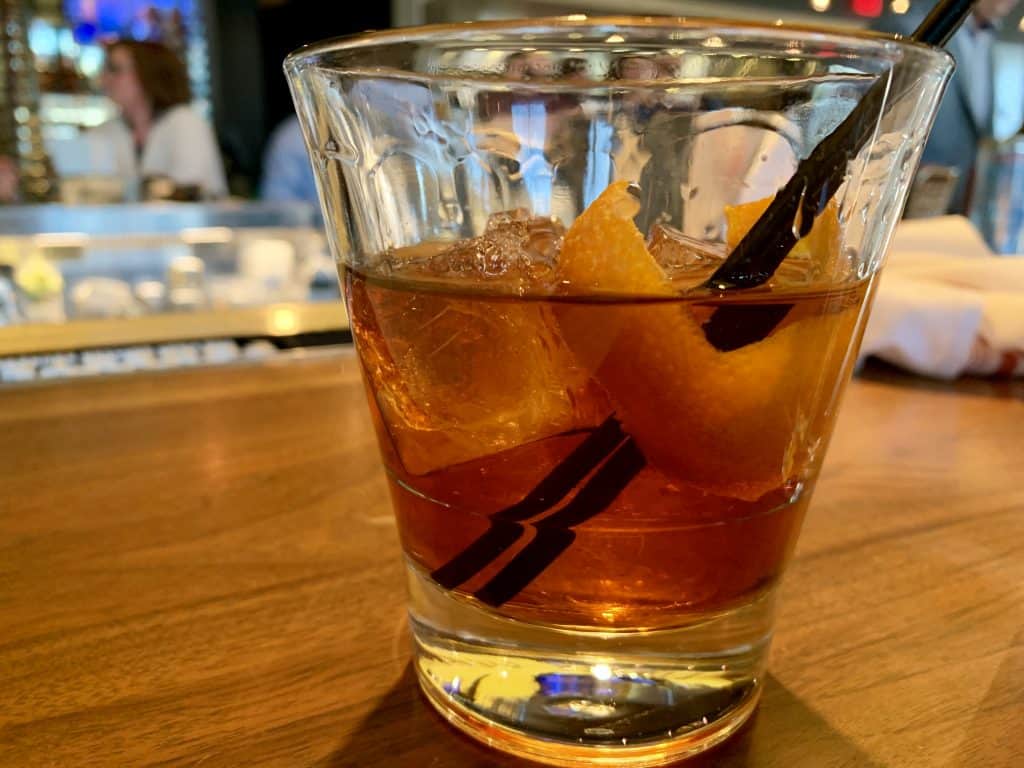 Also located in the popular Butchertown neighborhood, I love Odeon in general.  First, it’s open at 4:00p most weekdays, which is hard to find in Louisville (say, if you want an early happy hour joint…don’t judge).

Secondly, it’s just got a super cool vibe.  Their Old Fashioned is pretty traditional, using sugar, bitters, muddled fruit, and Cooper’s Craft bourbon.  My only complaint is I’m not as into the muddled fruit, but the taste is still great. 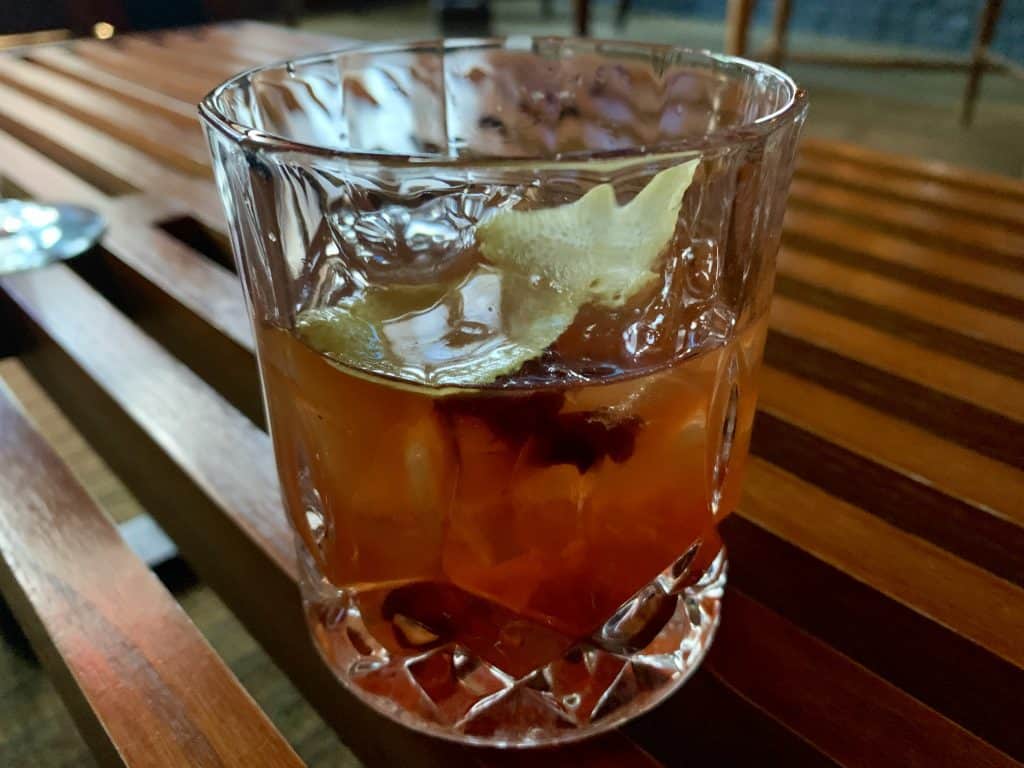 Again, I’ll continue to add more favorites as I find them.  I have a whole Word doc of places to try, and people keep adding their own recommendations for the best old fashioned in Louisville—so stay tuned!

Old Fashioneds I was not as in love with, but others rave about: 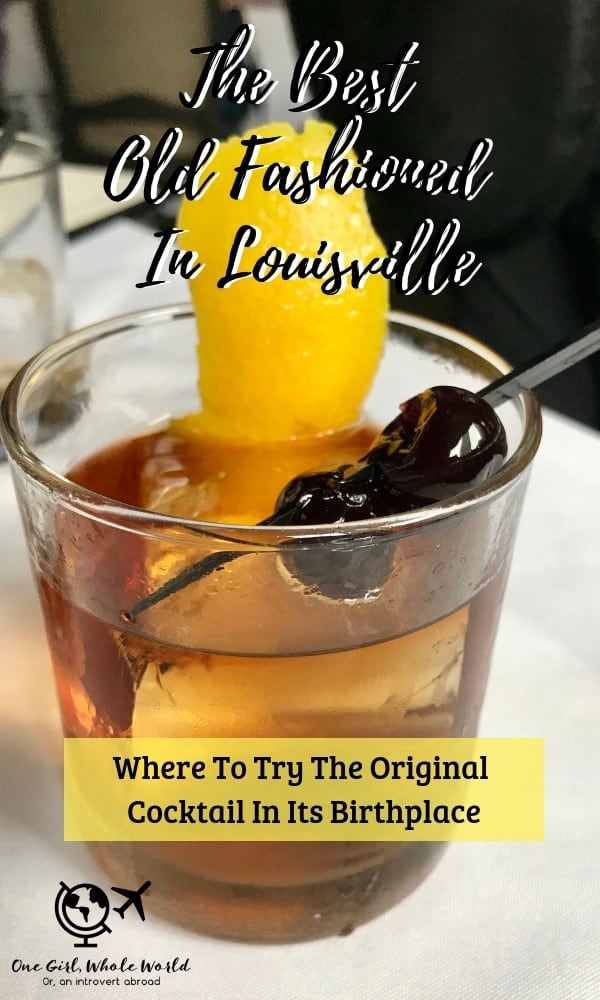 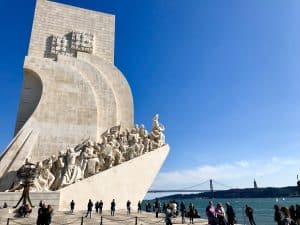 9 More Things To Do With (Another) 24 Hours In Lisbon 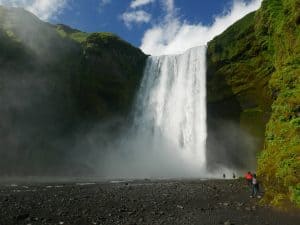 A Stop At Iceland's Powerful Skógafoss