Where To Find The Best Donuts In Downtown Chicago 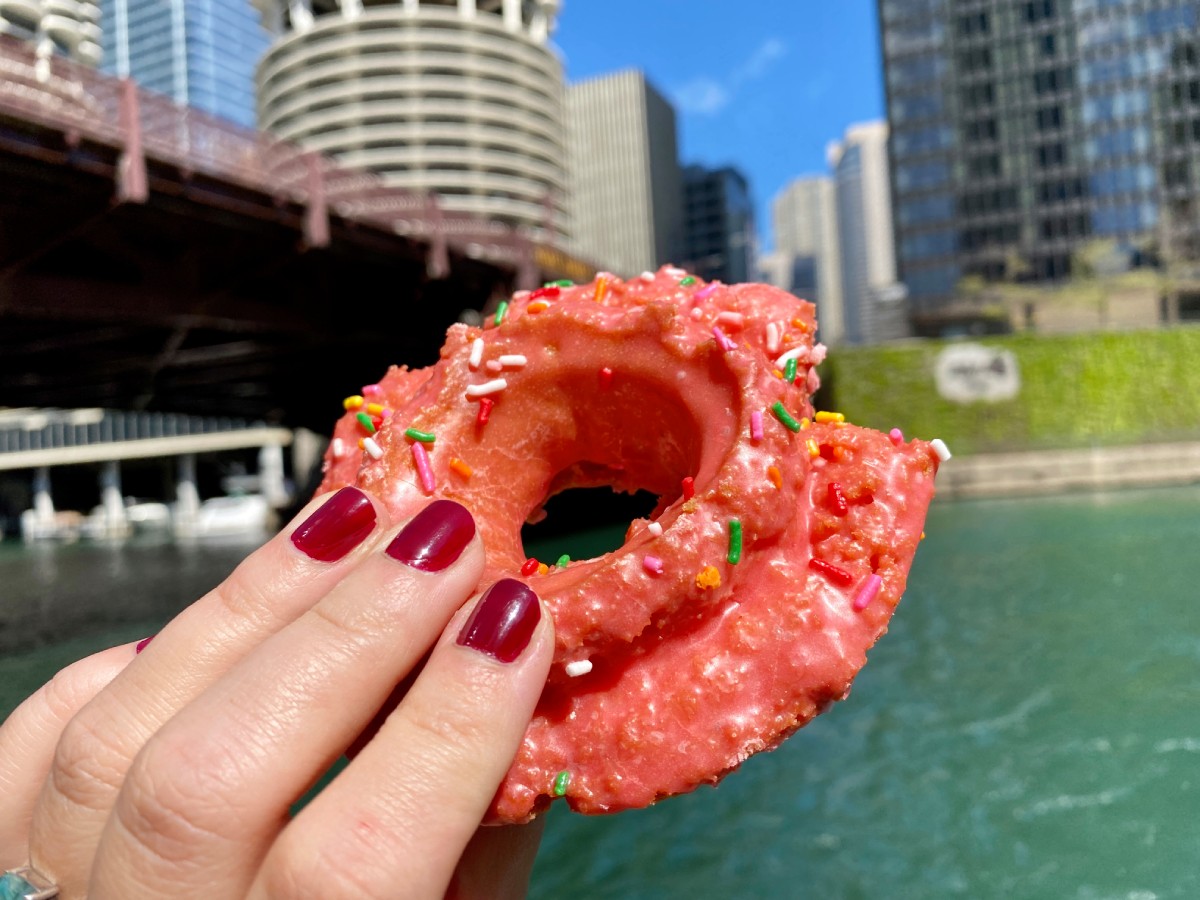 It’s no secret that one of my favorite travel rituals is devouring all the local pastries I can get my hands on.  And in the Windy City, one of the best pastry sub-genres is their donuts.  For a couple years I was traveling to Chicago every 2-3 months, so I took it upon myself to sample as many as possible in hopes of finding the best donuts in downtown Chicago. 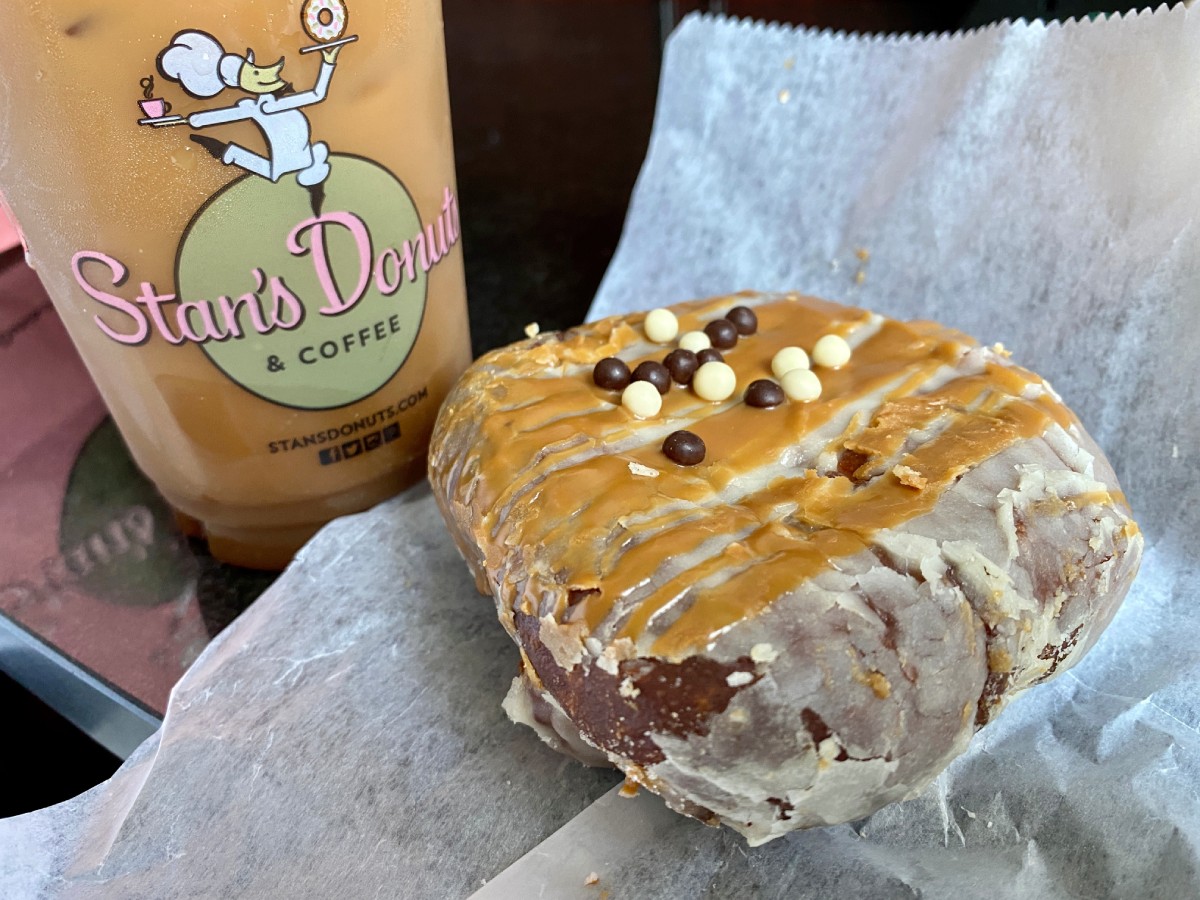 Where to find the best donuts in downtown Chicago

I honestly couldn’t tell you what my favorite downtown donut spot is…I think it changes every time.  Heck, I often try to hit at least two!  But here are a few distinctions between the list below.

Other Chicago adventures for your enjoyment!

A Detailed First-Timer’s Guide to Chicago

Why The Chicago Architecture Foundation River Cruise Is A Must-Do

Chicago Guide:  Where to Eat & Drink

Foodie Heaven: A Visit To Chicago’s Time Out Market

Do-Rite has a few locations in the main downtown areas of Chicago, but I visited the Randolph St. one as it was near my hotel.  It’s a tiny little place with a big ceramic donut out front, simple and nothing fancy.  That’s because it’s all about baked goods.

I got the pistachio and Meyer lemon (YUM) and the Michigan apple fritter (I can’t resist an apple fritter).  Completely recommend both.  They have a few vegan and gluten-free options as well, if that’s a concern for you.  They only have simple drip coffee, so I went just up the street to a coffeeshop for my latte fix.

If you’re peckish for something a bit more substantial, they have some food and fried chicken (they’re, in fact, famous for their fried chicken sandwiches with donuts as the buns). 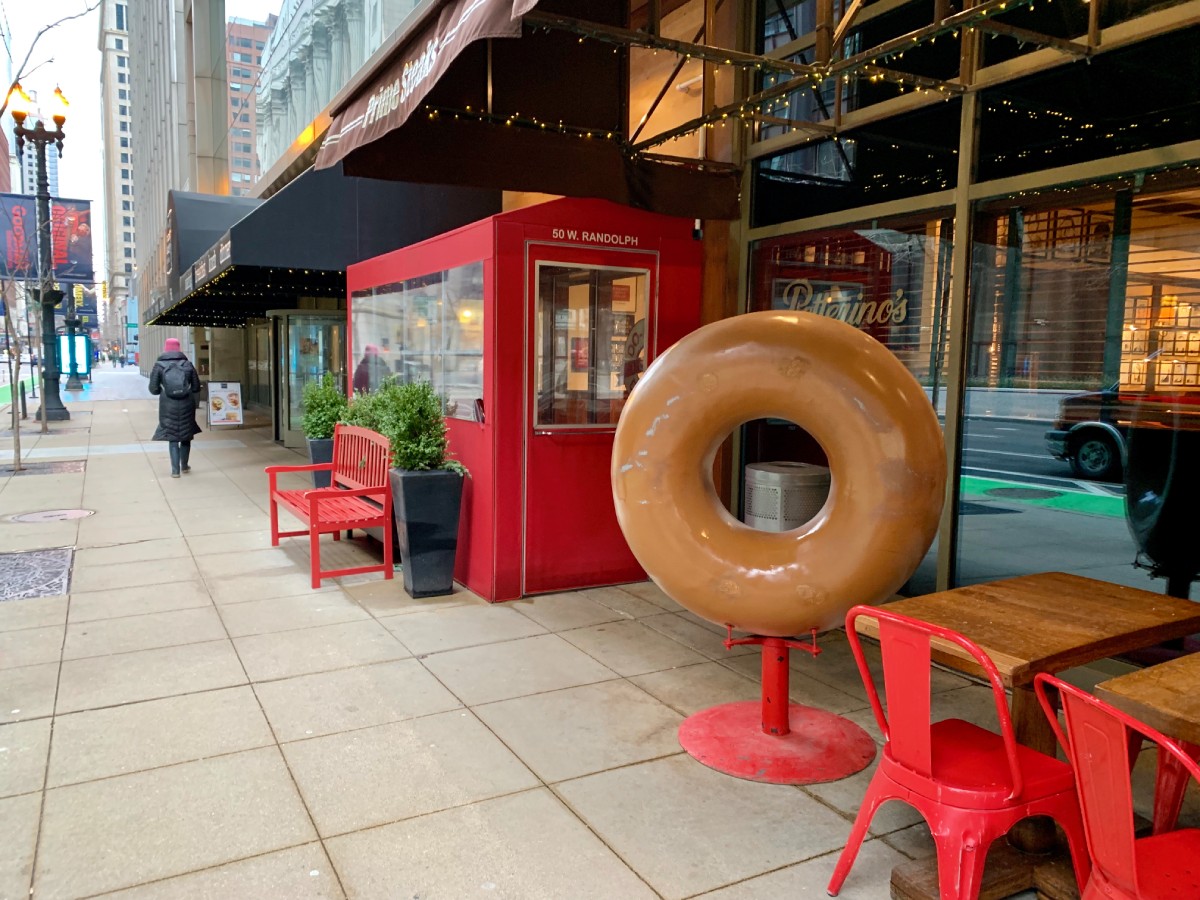 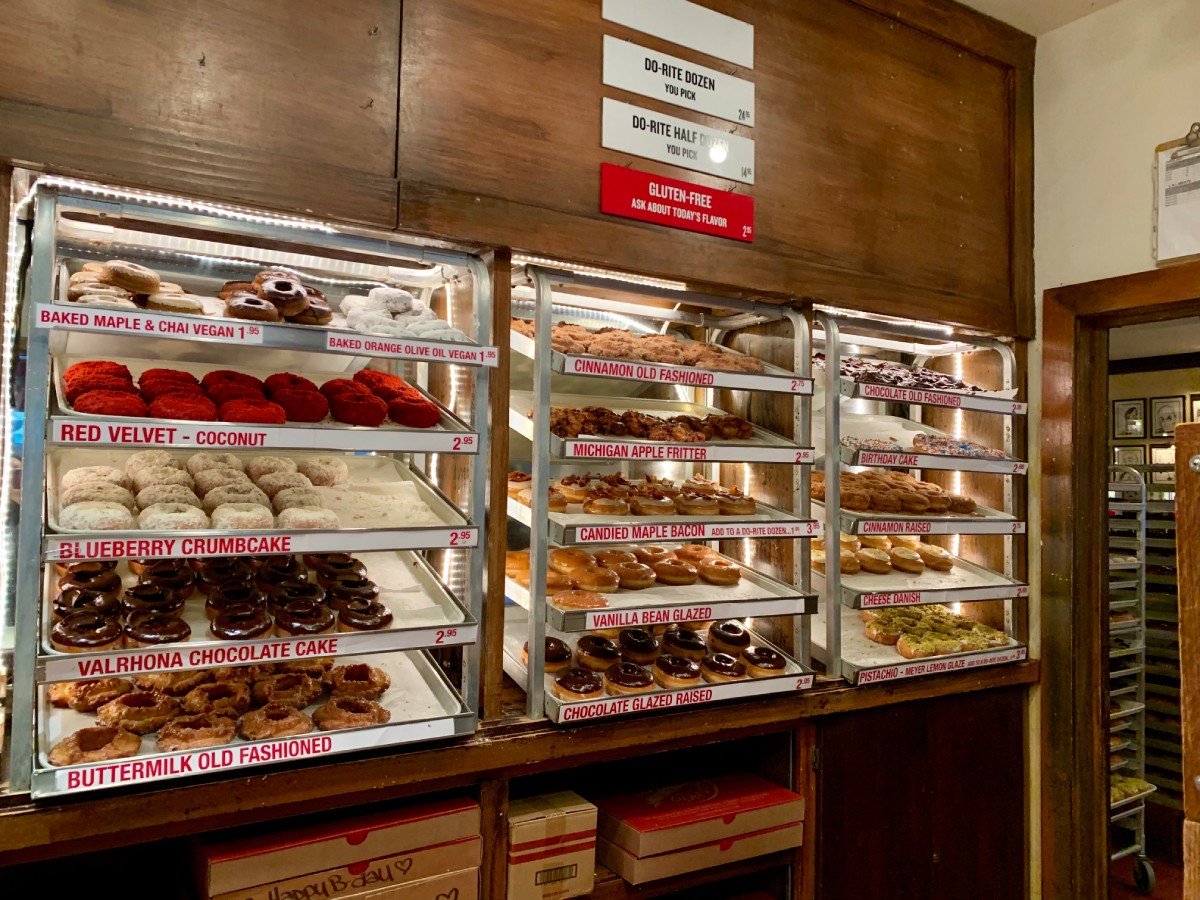 The Doughnut Vault is an adorable old-timey-looking donut dispensary.  I stopped by their location at Franklin Street during COVID and only the outside window was open, but usually you can go inside if you’d prefer.

Their donut selection is more limited, but an interesting blend of traditional and interesting flavors—they particularly specialize in old fashioned donuts, from regular to champagne to horchata.  I got a regular old fashioned buttermilk donut, and lucked out because their limited-time offering was a pink lemonade version as well.

I grabbed my donuts and some drip coffee (because it was freezing out, but drip coffee makes me sad) and walked down to the Riverwalk to enjoy, and WOW, the pink lemonade one was so delicious! 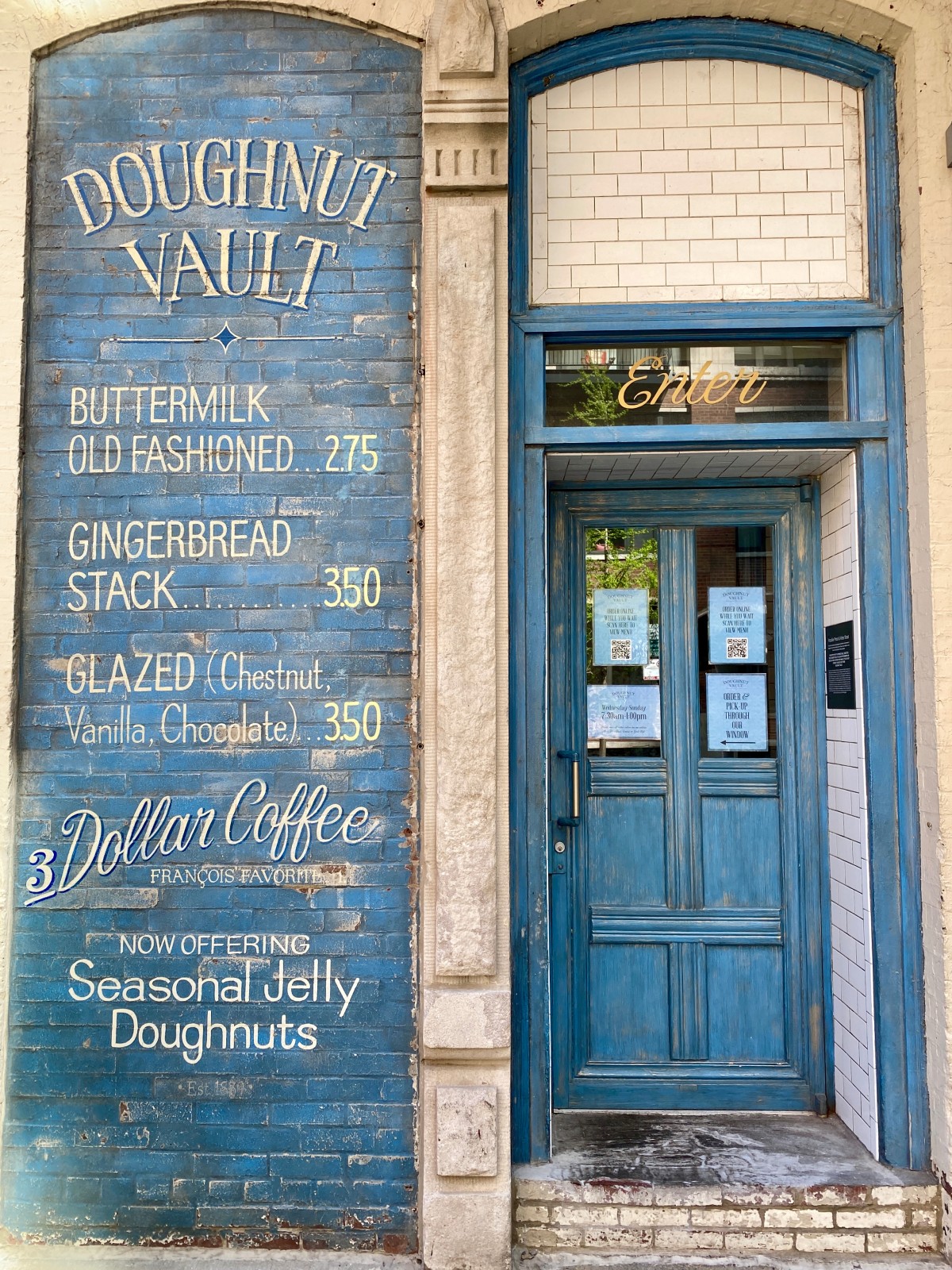 Like Do-Rite, Firecakes is a donut shop with a few locations and legions of fans.  In fact, you’ll hear Chicagoans debating Firecakes vs. Do-Rite the way Portlandians debate Blue Star vs. Voodoo.

I got a whole bunch here since I was buying for a group, but again the apple fritter called my name.  And then I proceeded to eat two more, a quarter donut at a time, while stuck in meetings later in the day 🙂

They have a mix of the classics plus some really interesting flavors, and their Birthday Cake donut is pretty famous locally (though that does not appeal to me).  I would come back here in a heartbeat, but I feel like the donut selection at Do-Rite ticked my personal boxes a bit more.

One benefit is that the downtown location is often open til midnight, if you’re looking for a late-night snack.

Last time I visited, Stan’s was the only downtown Chicago donut shop I could find open on the weekend (downtown was pretty dead on weekends during COVID).  So I went two mornings in a row and was overwhelmed by the varied and awesome flavors on offer.

Everything I had at Stan’s was great, but my absolute favorites were the lemon espresso donut (reminded me of a favorite cocktail!), the banana biscoff, and the blueberry fritter.  They have sooooo many different donut flavor options, it’s kind of overwhelming!

They also have espresso drinks and pretty good iced coffee, as well as all-day breakfast sandwiches and other goodies.  Stan’s is another good pick for a late-night donut craving, as they’re usually open til 8p.

For me, my main downside is that it feels a bit less truly authentic local Chicago.  It feels a bit more “chain-y” rather than local hole-in-the-wall (which may or may not be fair, just my take), plus the original Stan’s is from L.A. (these were launched in partnership with him).  However it’s still a great visit and I highly recommend. 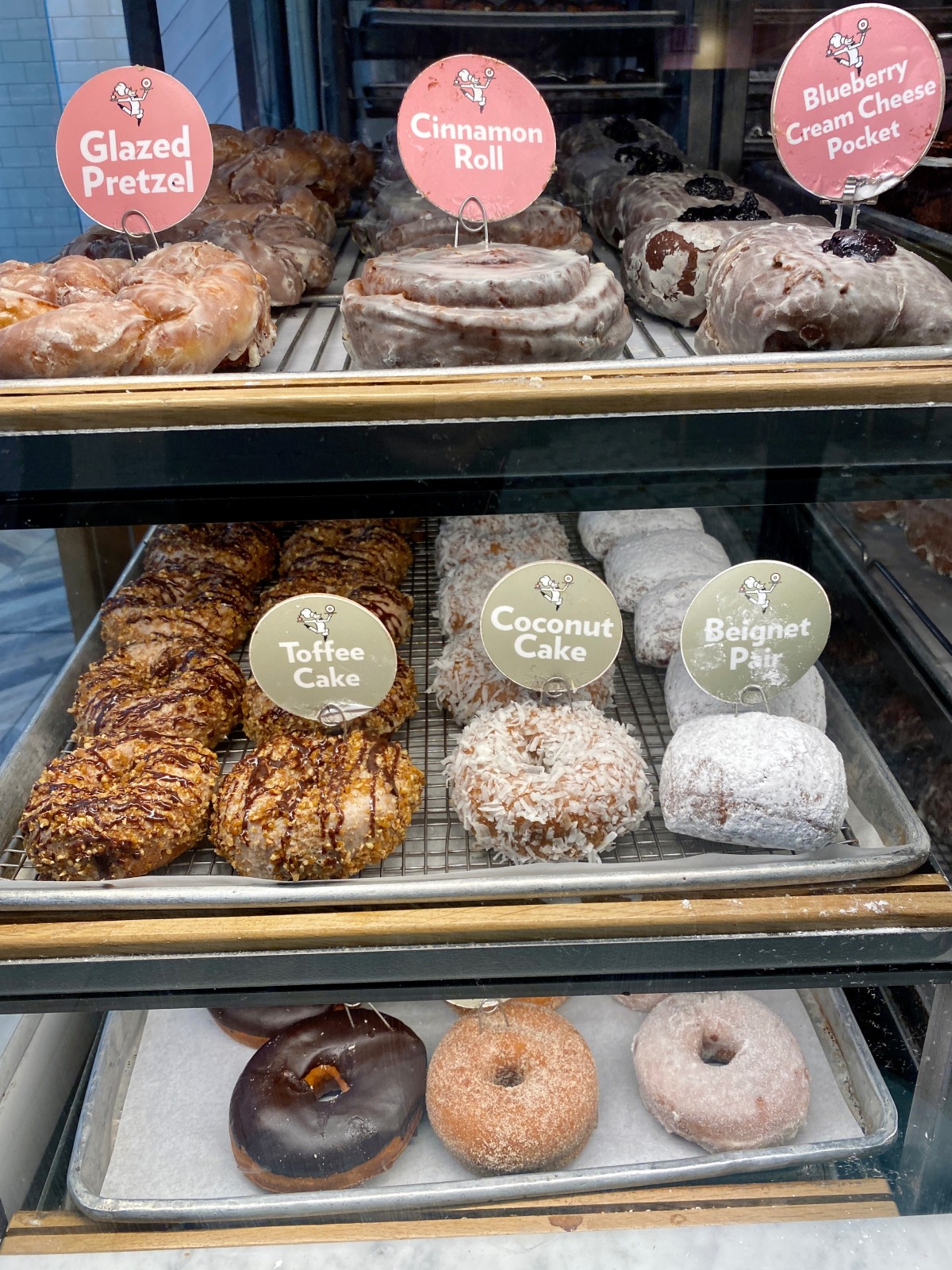 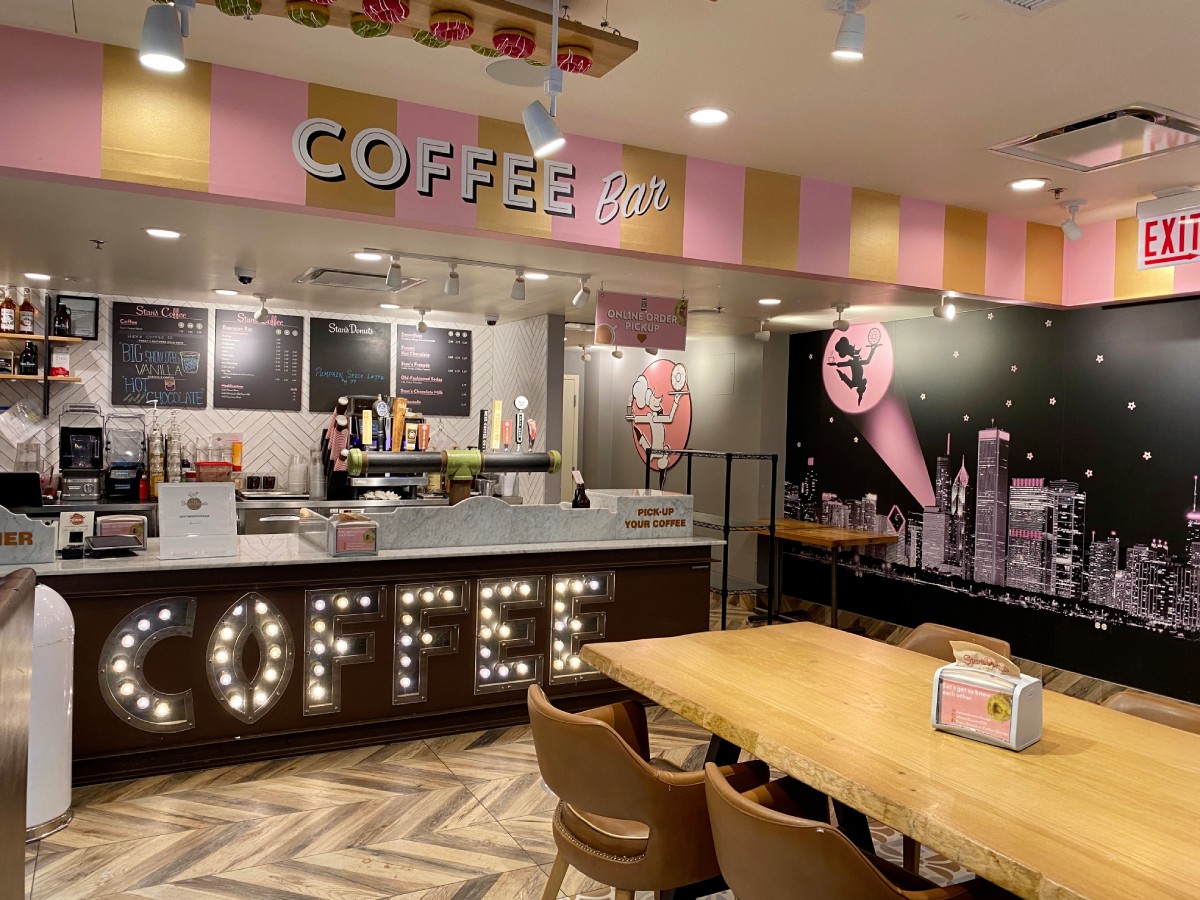 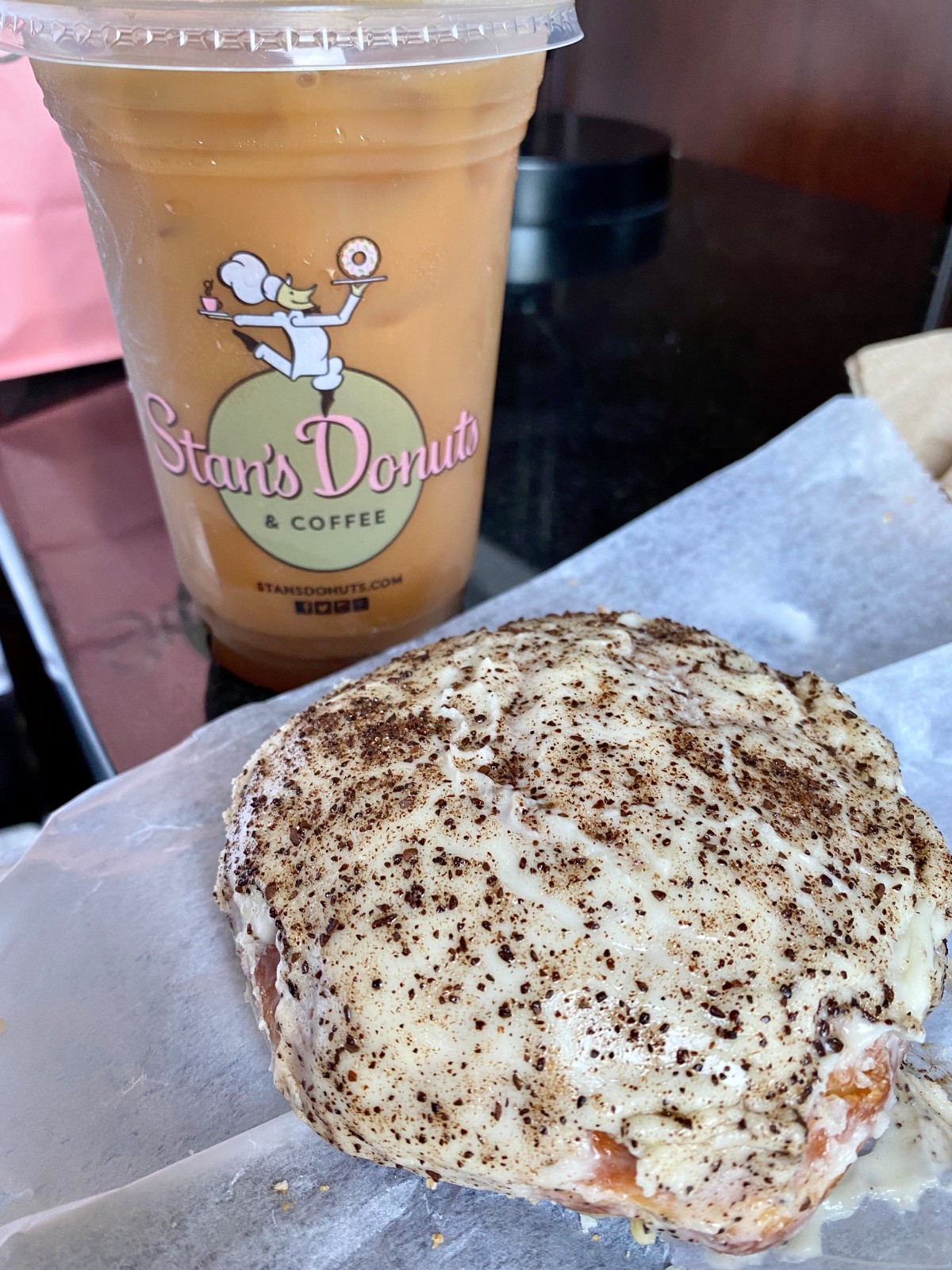 I realize this is mostly coffee and so should be disqualified…but often when I go out for my run in the morning along the Riverwalk, I’m either not close to a donut shop or don’t want to make two stops—and really good coffee is a non-negotiable.  And that’s where Big Shoulders comes in.

It is my go-to delicious coffee option near where I typically stay in downtown, and they have delicious donuts (I can’t remember where from), so it *is* possible to get amazing coffee AND a great donut without multiple stops.  On a busy morning with early meetings, this is definitely my routine. 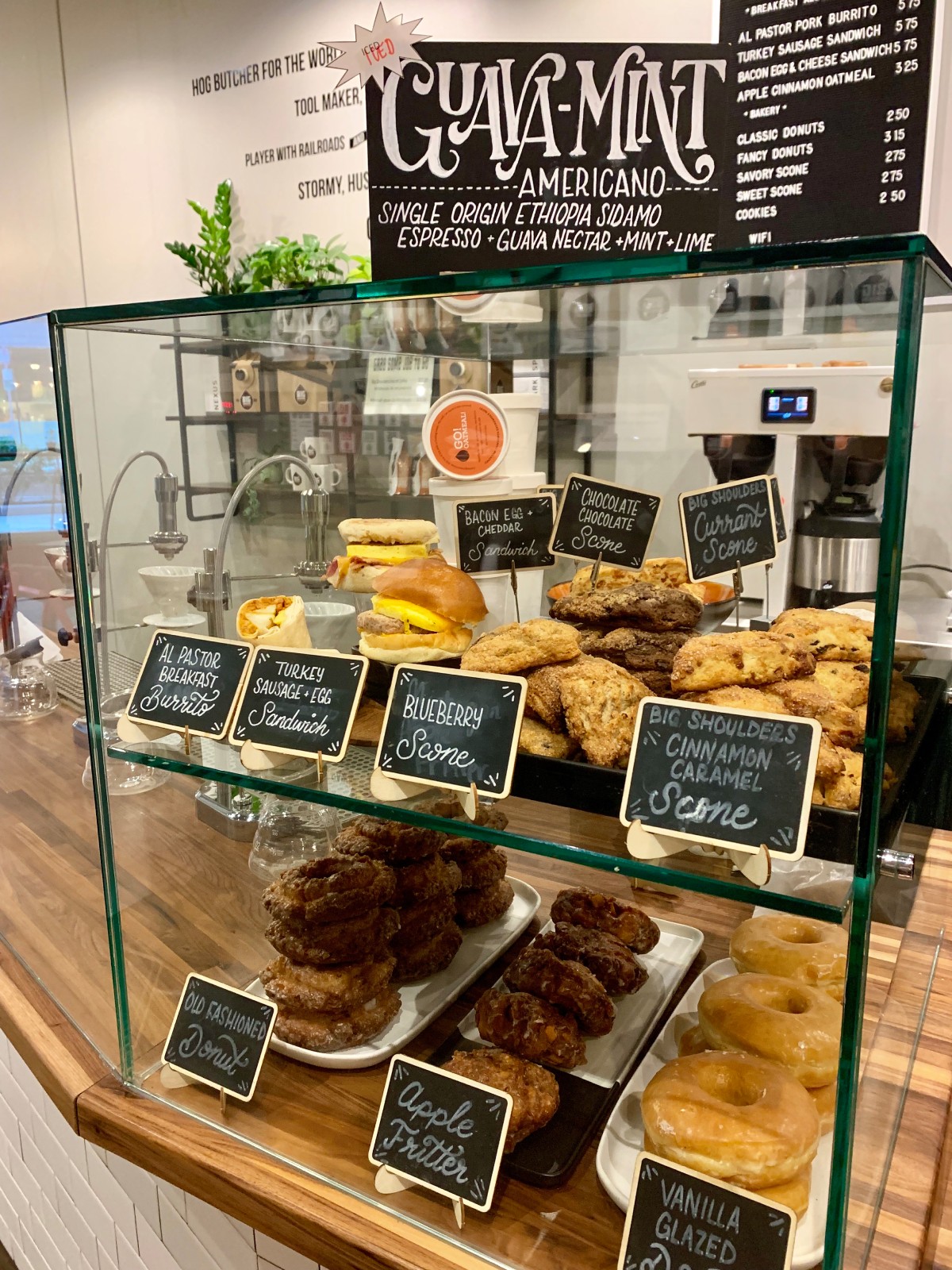 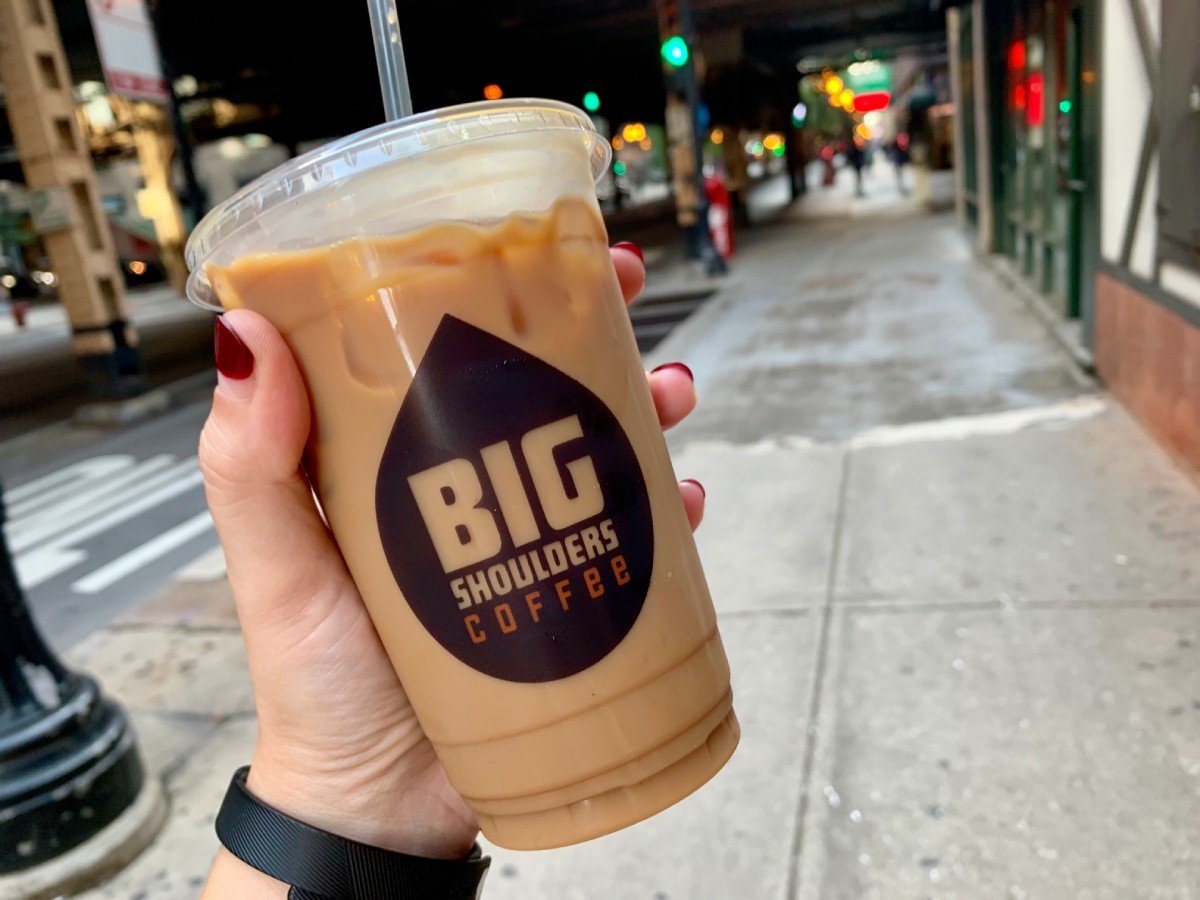 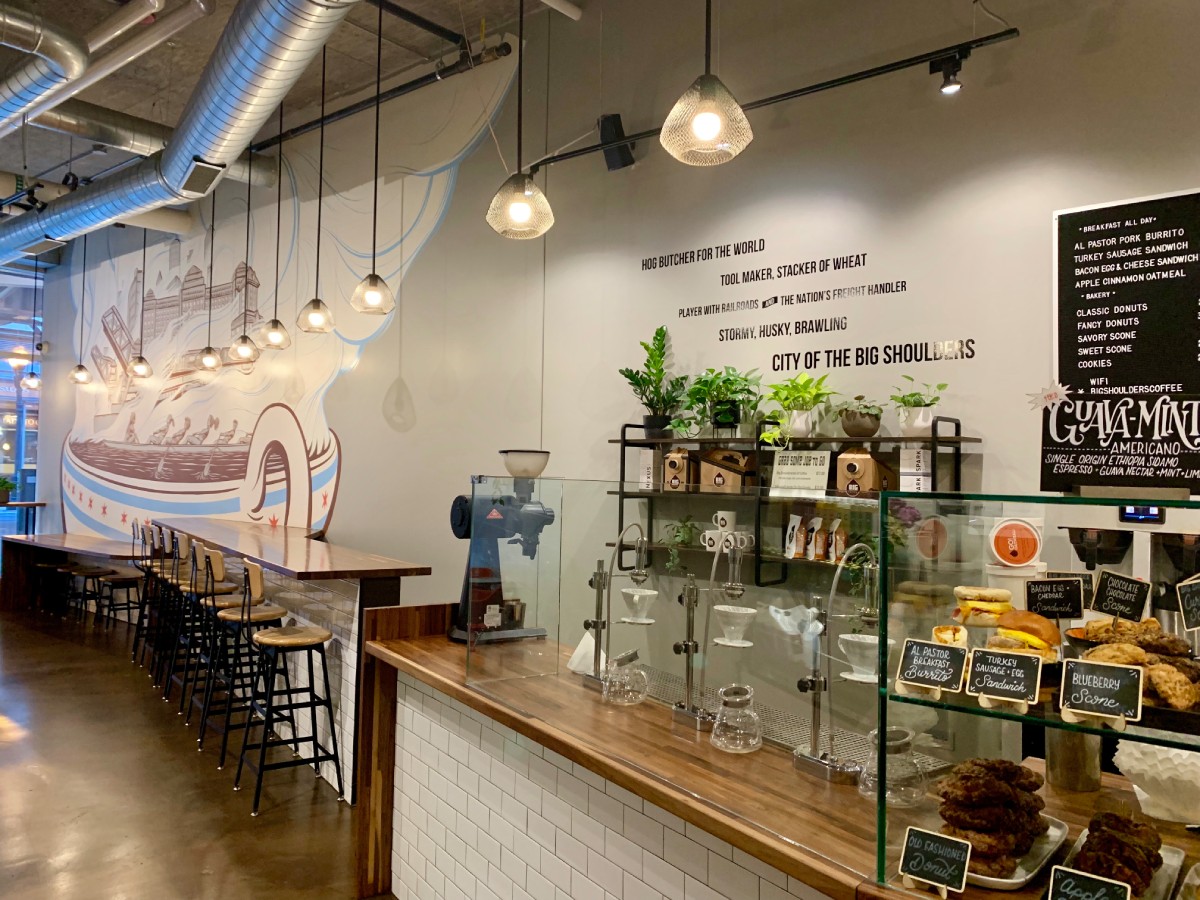 There are still plenty of donut shops in downtown Chicago that I want to try.  One to consider (that’s in West Loop, so I think not technically downtown) is BomboBar, which has a fun schtick.  Besides gelato and shakes, they focus on bombolini, a hole-less Italian donut tossed in sugar.  It comes with an injectable tube of filling, so you get to fill them yourself.

Where to stay in downtown Chicago

There are lots of great options and usually you can find pretty affordable nightly rates.

So if you’re planning a visit to the Windy City, make sure to save space in your stomach to try some of the best donuts in Chicago! 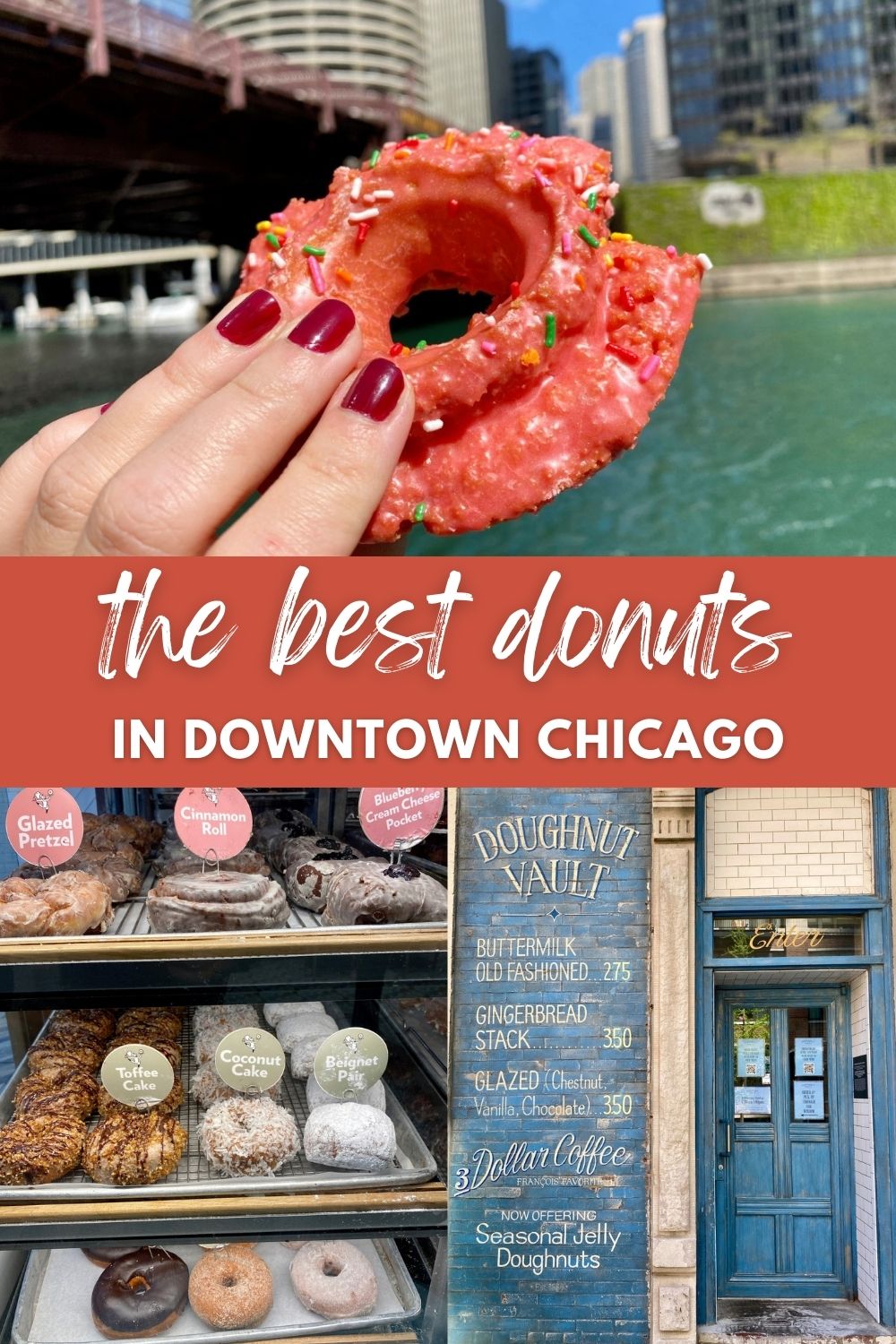 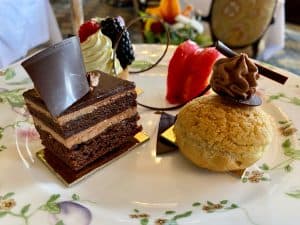 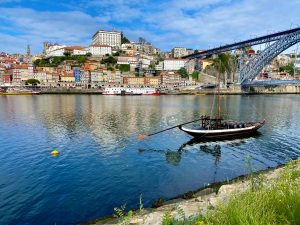