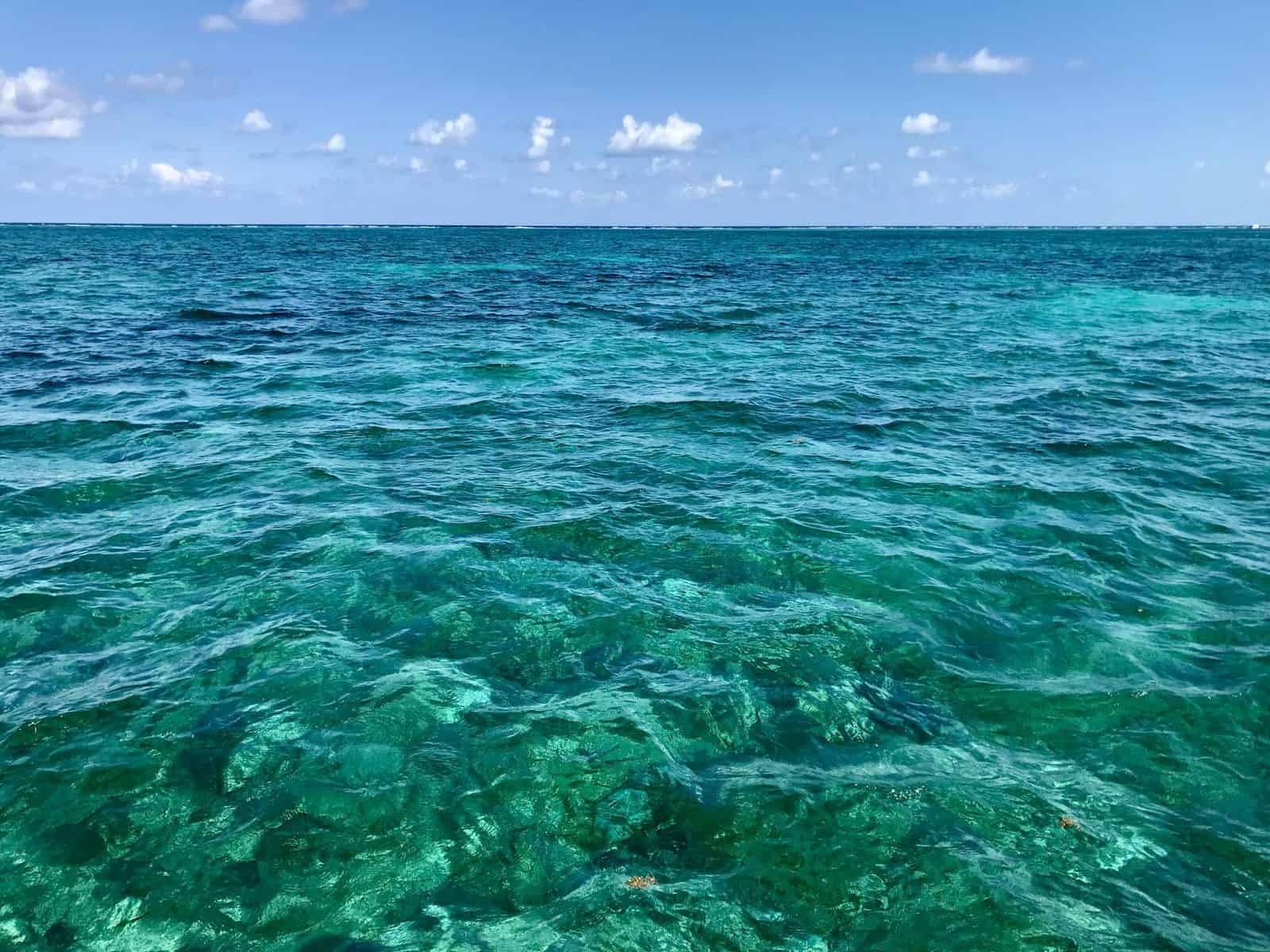 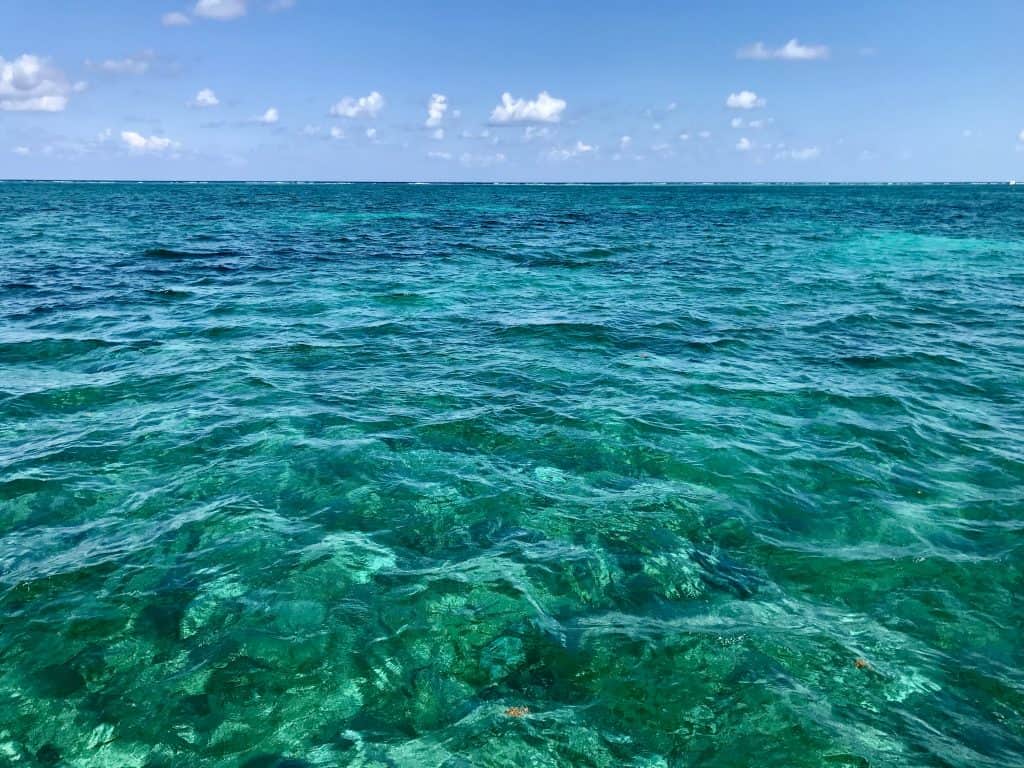 I’m very much on the record as being obsessed with being out on the water.  Whether sailing a Swedish archipelago or indulging in a Turkish boating adventure, I try and make “I’m on a boat!” a constant reality in my life.  So as soon as I booked my ticket to Belize—a country known for its amazing water and world-class snorkeling—I knew a boat trip was in order.

And I have a special love for the feel of sailing…of the quiet out on the water, gently lapping waves, the wind and feeling of gliding over the water, and how close you feel to the ocean.  It is a true love. 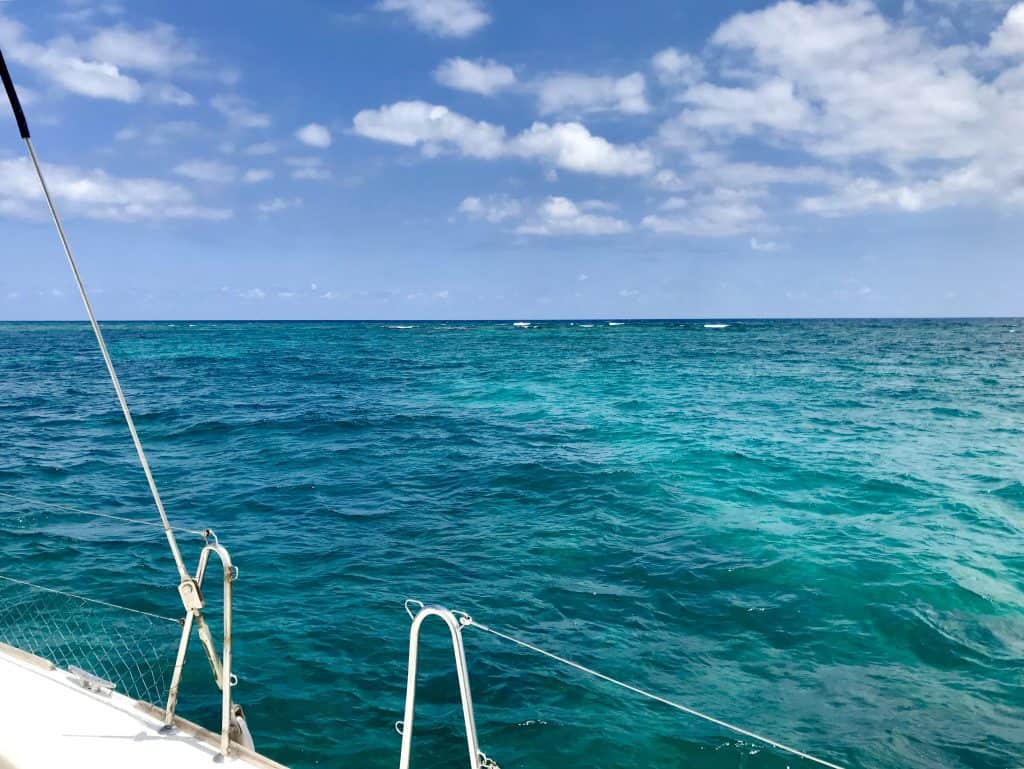 Read next:  How to Have a Super Chill Vacay in Caye Caulker, Belize

Why snorkel in Belize?

So, something I didn’t know before planning my trip to Belize is that the second-largest barrier reef IN THE WORLD is off the coast of Belize (and a couple other countries).  The world’s largest is in Australia.  You may have heard of it 🙂

The barrier reef is one of the most diverse ecosystems on the planet, covering almost 1,000 square kilometers of area and making it an amazing place to snorkel and dive.  It is a UNESCO World Heritage Site and they take the safety of the reef very seriously, with boat traffic and the number of people allowed monitored. 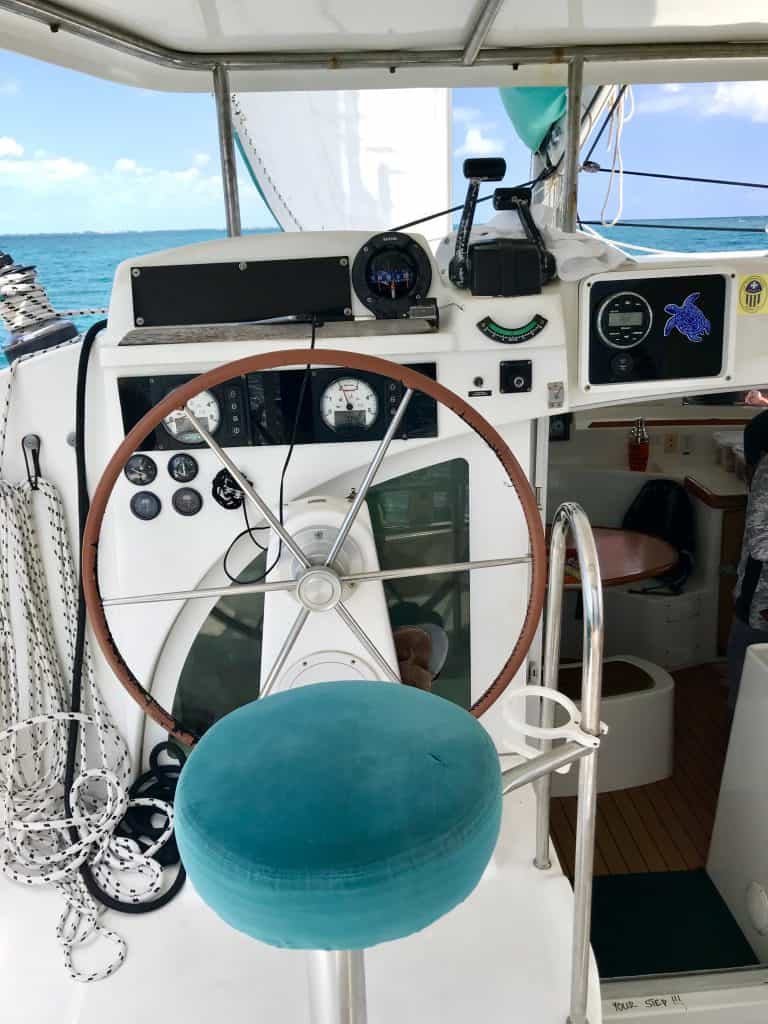 I haven’t got my PADI certification yet (though it is on my 2020 travel intentions), so it was just snorkeling for me.  And I knew I didn’t want to sit out on a speedboat broiling all day in the sun (especially a few days before starting a new job), plus I really REALLY love sailing, so I wanted to find a sailboat instead.

That’s shockingly hard in Caye Caulker, but someone had recommended Carlos Tours in various TripAdvisor forum posts…trouble was, their TripAdvisor page had gone missing and they didn’t have a website so finding info on them was impossible. 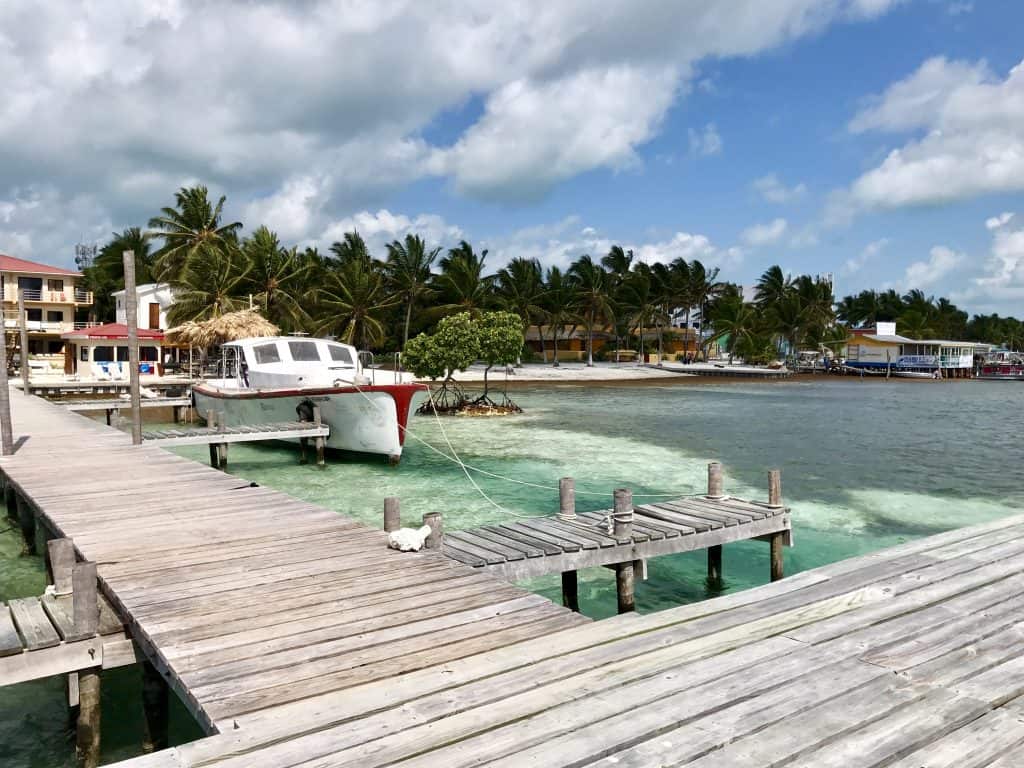 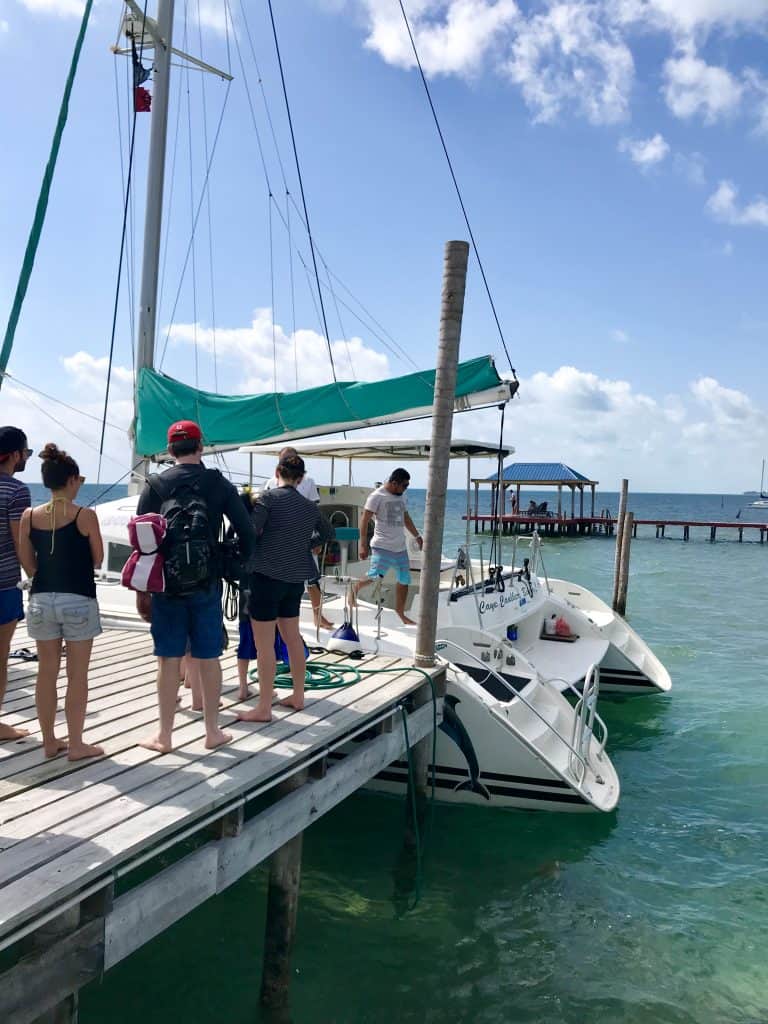 I went in search of Carlos Tours along the streets of Caye Caulker, which is on middle street right next to Amor y Cafe.  The first time I stopped by was too early in the morning, so I came back a little later and found out they had a spot for me on their full-day sail-and-snorkel tour.  I went and grabbed my things, and was back for my 10:00a tour.

Once we were fitted for our snorkel masks and fins, we walked to the pier and boarded the catamaran.  There we met our crew for the day—Carlos, Carlos (Junior, I presume?), Juan Carlos, and Benny. 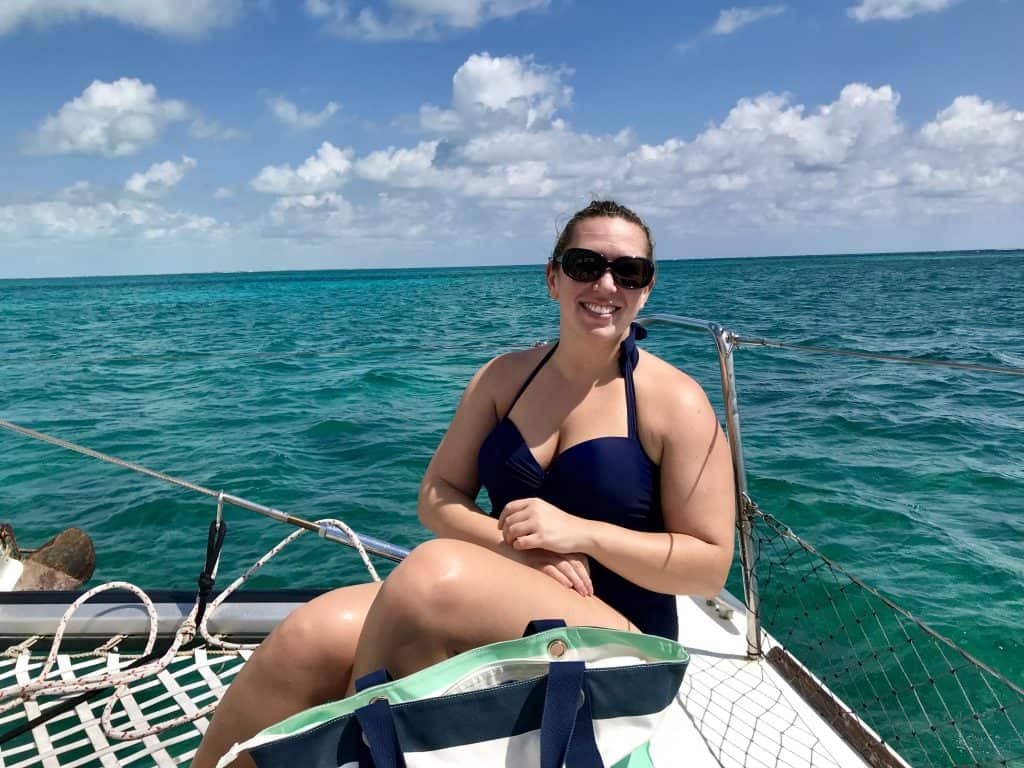 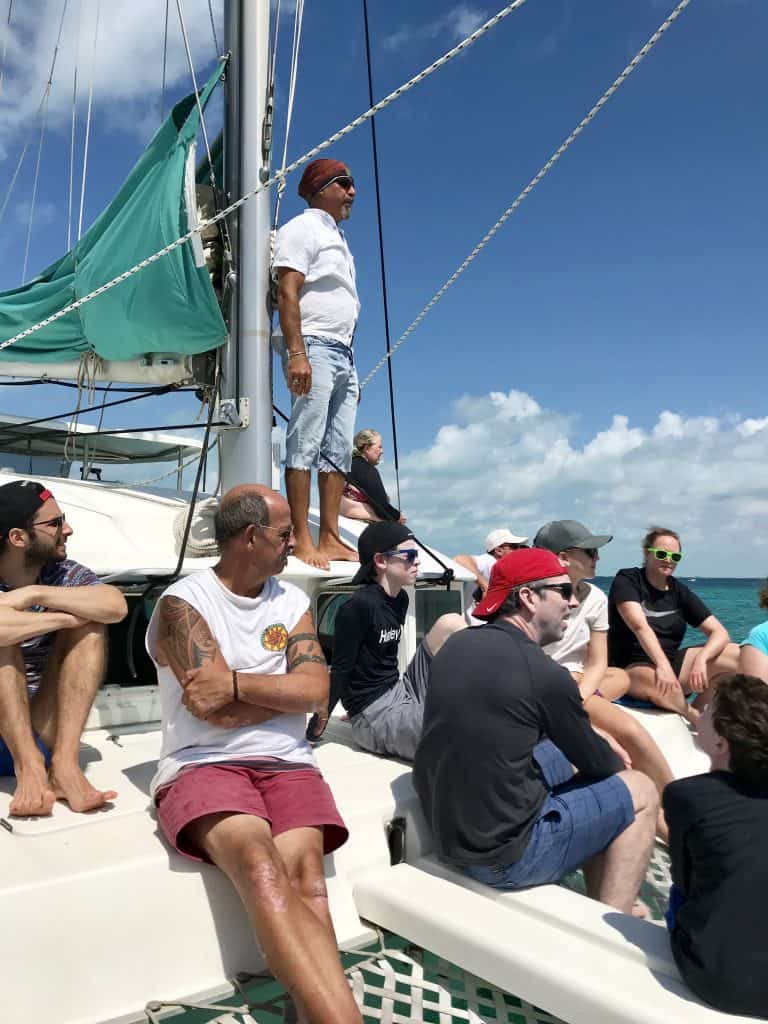 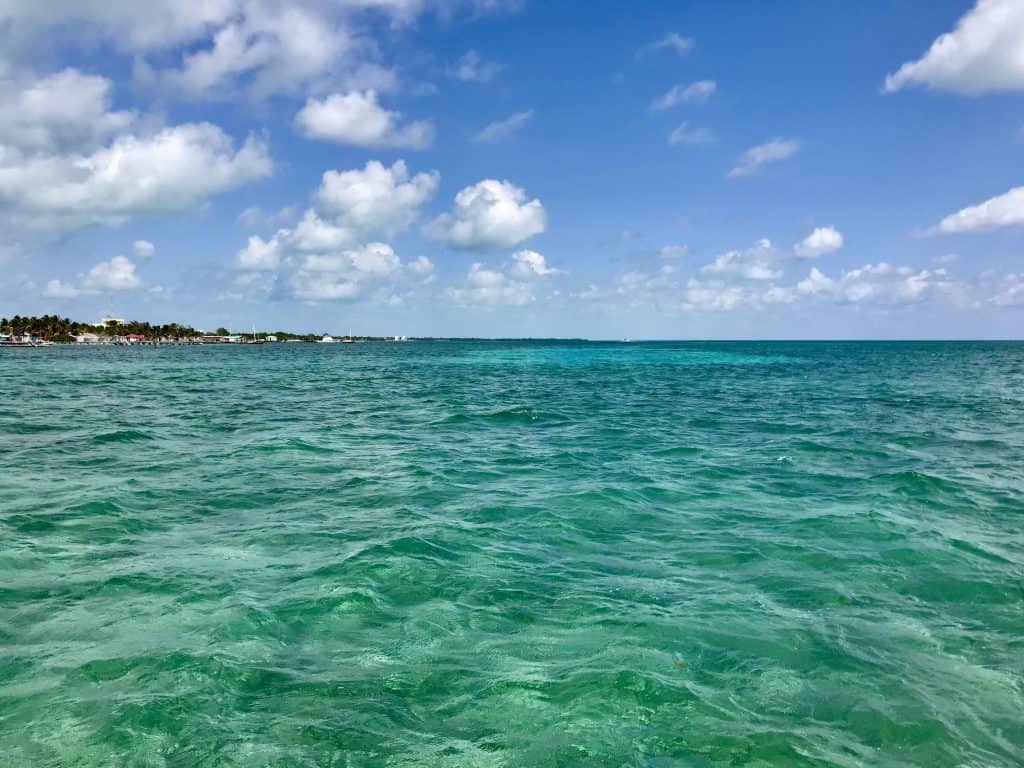 We had three planned stops for the day.  First we headed to the Coral Reef Gardens, where we snorkeled through twisting rows of all sorts of stunning coral, in all shapes, sizes, and colors.  It was really amazing, and I am SO mad that I hadn’t charged my GoPro.  Like…you had one job!!!

So instead here’s a video I found on YouTube that shows you some of the stops on this type of full-day trip and gives a glimpse of how amazing it is!

I absolutely loved the catamaran experience, much better than a speedboat for a full-day trip.  It was large and comfy, with plenty of shade when you didn’t want to sit in the sun.

Carlos navigated the whole way, and played awesome chill tunes like David Gray and some old blues masters…a far cry from the more party-beat feel of many boat tours. 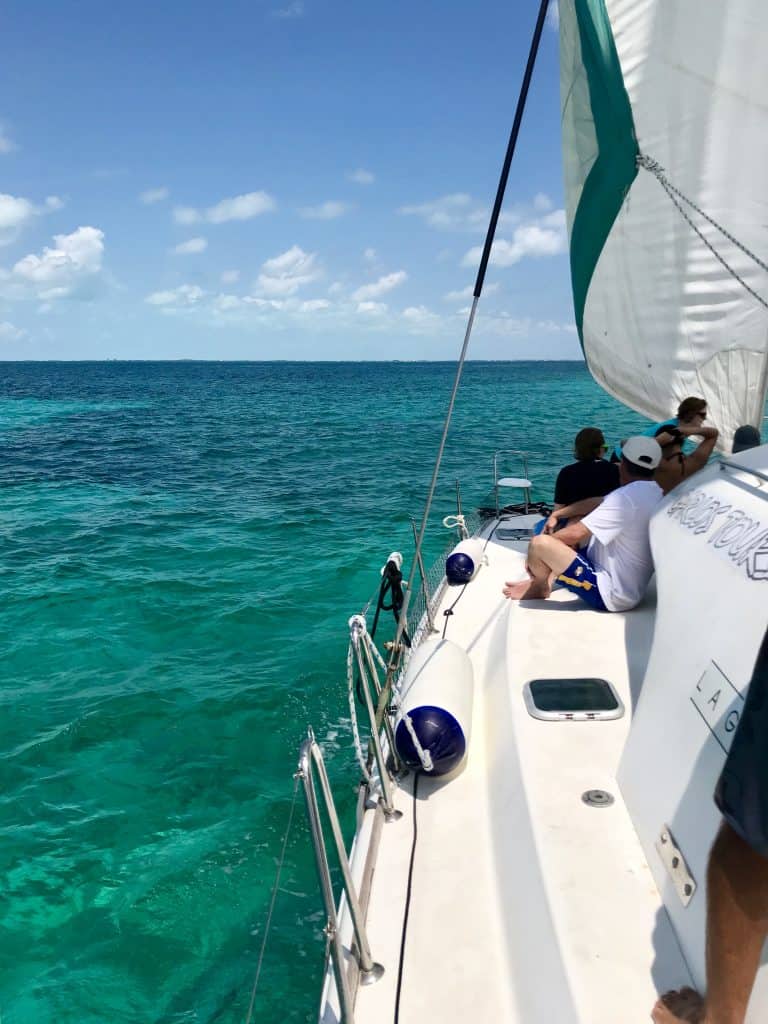 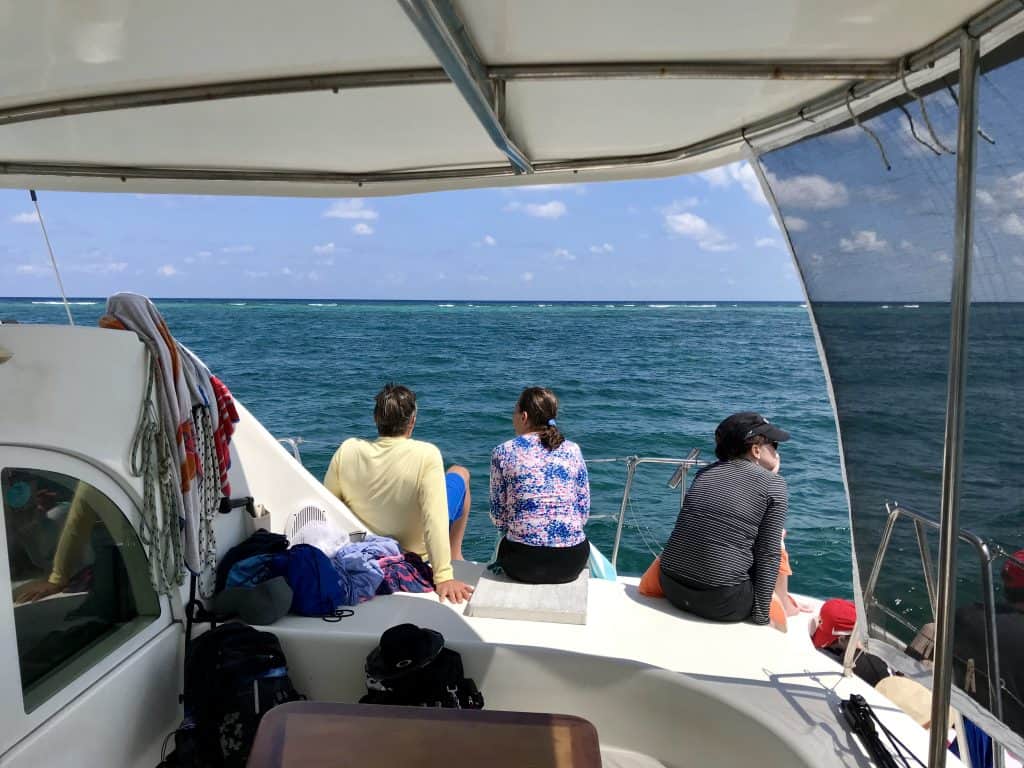 Our second stop was in Shark Ray Alley, where you can swim with nurse sharks.  There were a bunch of them, and we got to pet one of their bellies, which feels so weird! 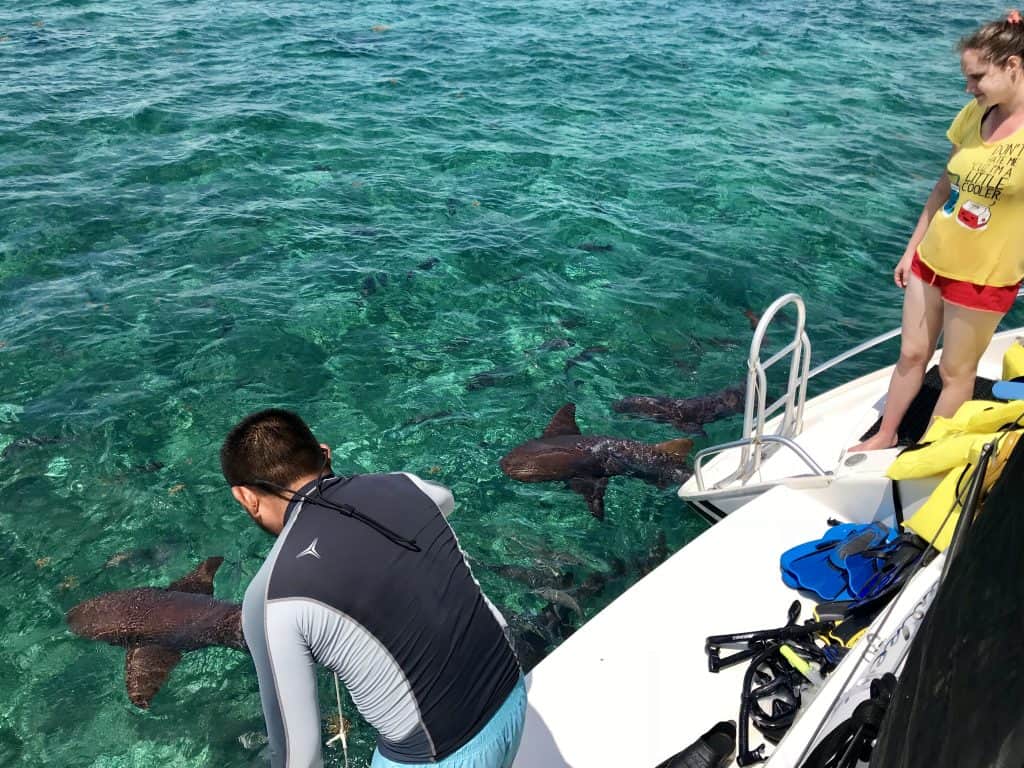 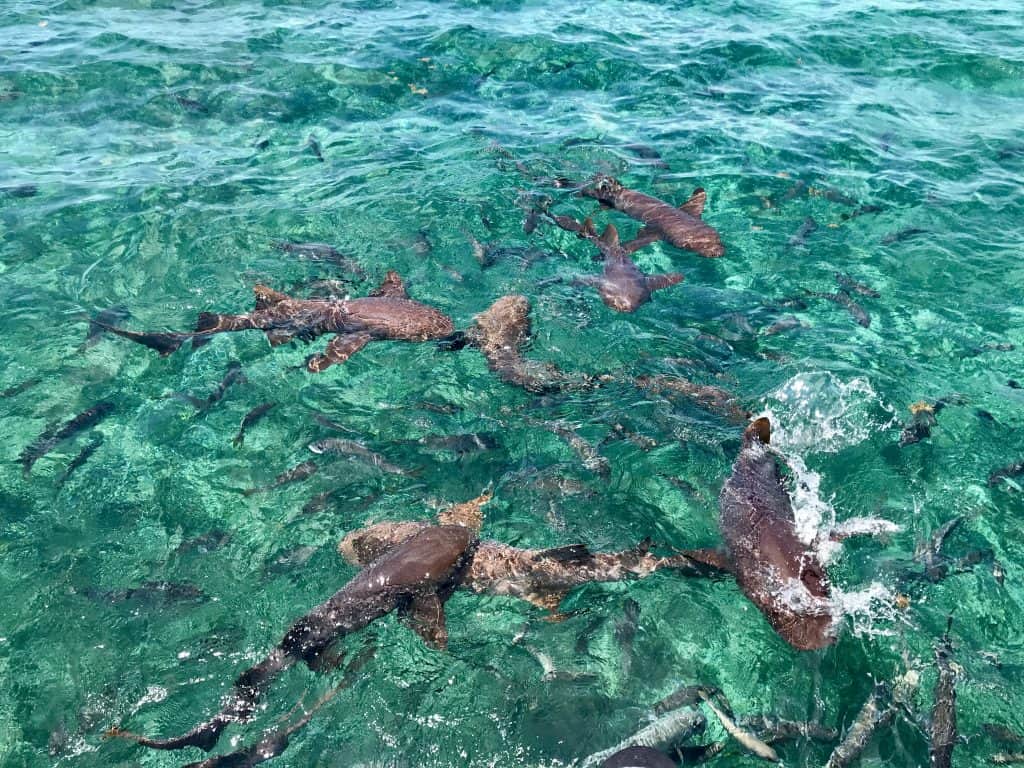 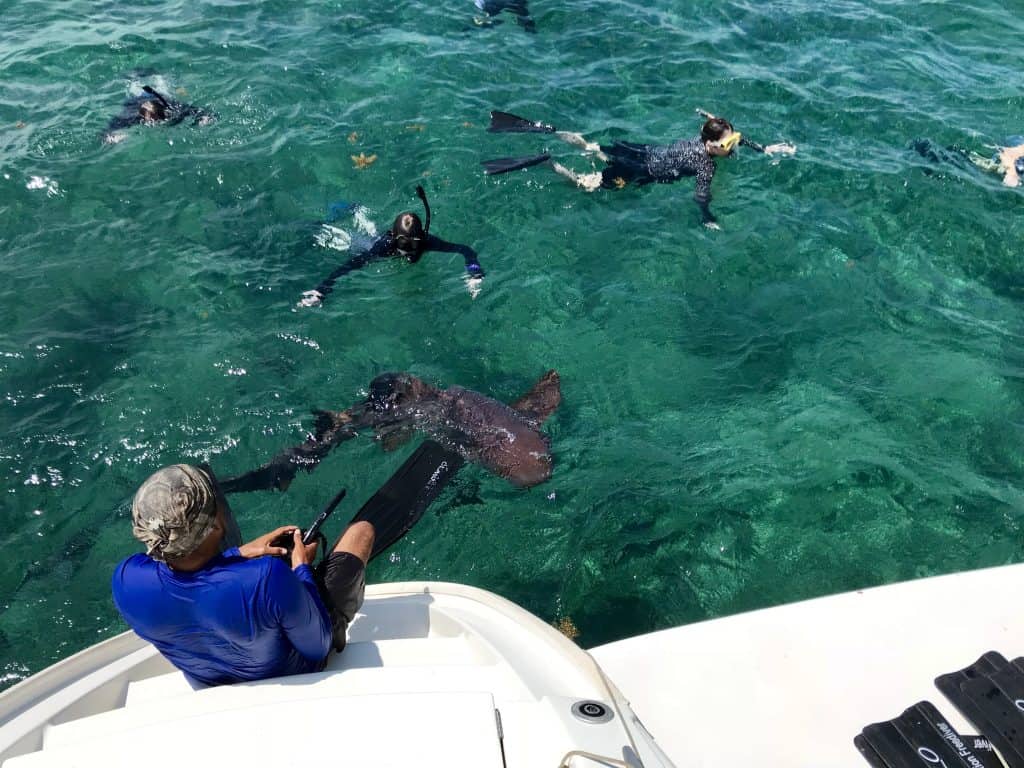 After the nurse shark stop, we were served a delicious lunch of barbecued chicken, rice, veggies, and pasta salad, with some (weak, which is good) rum punch to wash it down.

Later on we were served a fresh fruit snack and more rum punch, but do know that this is not a booze cruise and if that’s what you’re looking for, I’d look elsewhere.  I loved the vibe on Carlos’s catamaran, because it was very chill. 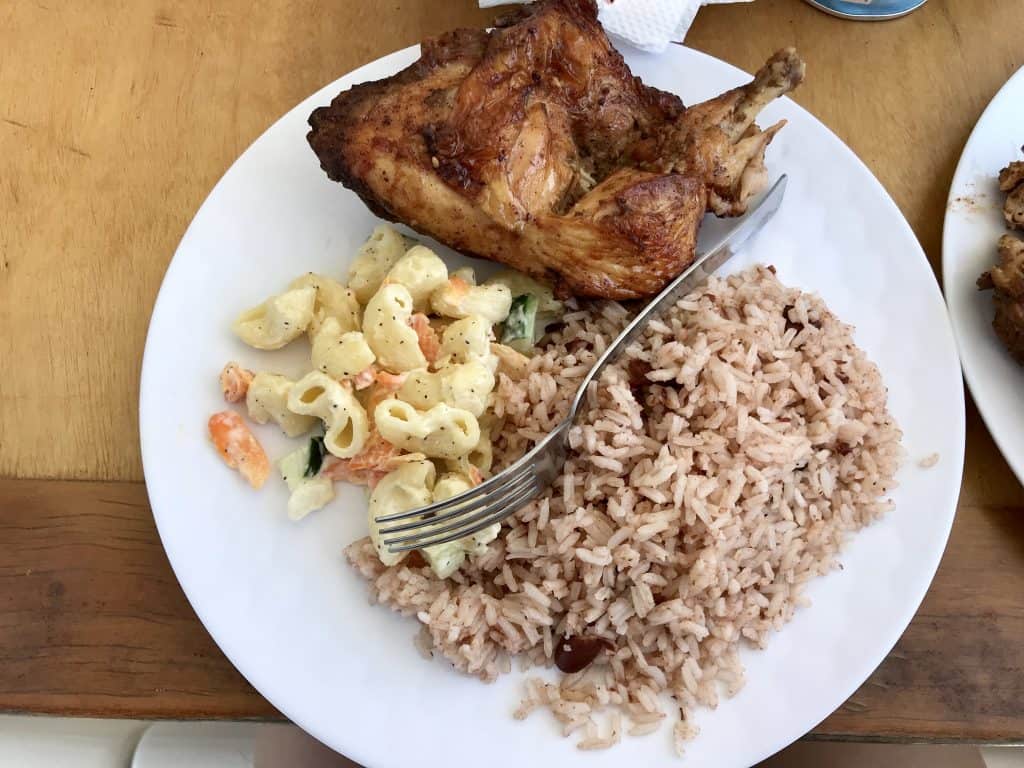 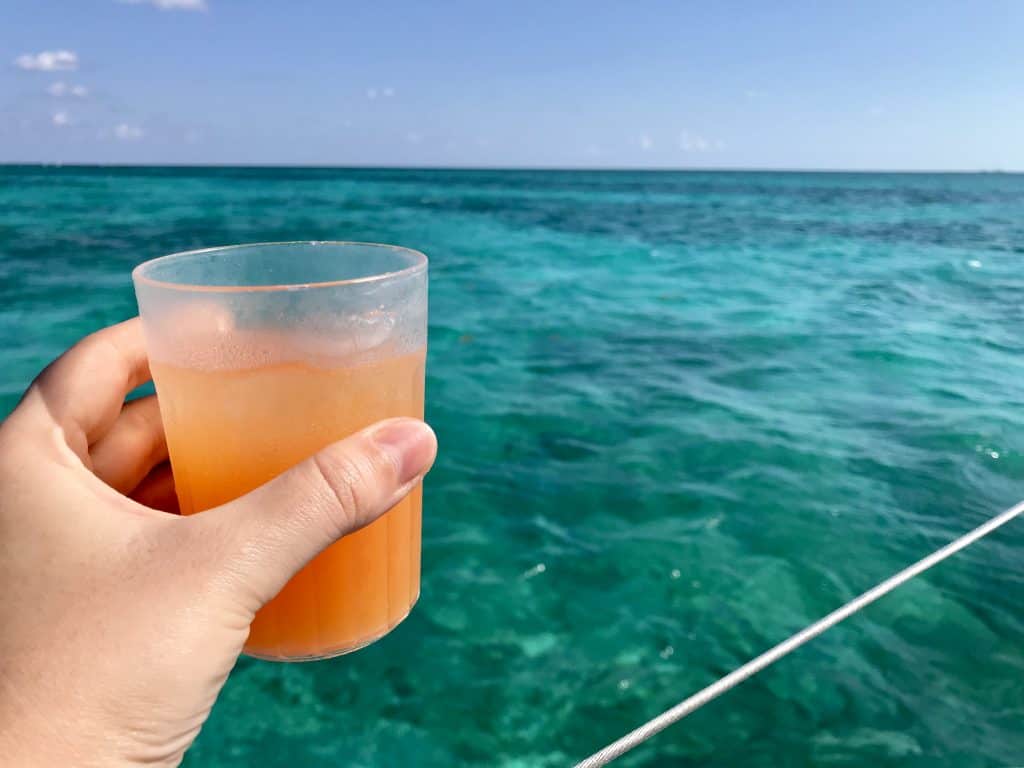 Lastly, we went to the main Hol Chan Marine Reserve stop (though technically I believe Shark Ray Alley is in Hol Chan as well).  Here we were specifically stopping at a channel in the reef that tons of different creatures come through…kind of like a main highway.

You can see the water breaking on the reef behind me in the pic below.  The current through the channel was pretty strong, you definitely need to be a moderately-comfortable swimmer and have enough strength for this trip to be good for you, because it’s quite a swim from the boat over there and back. 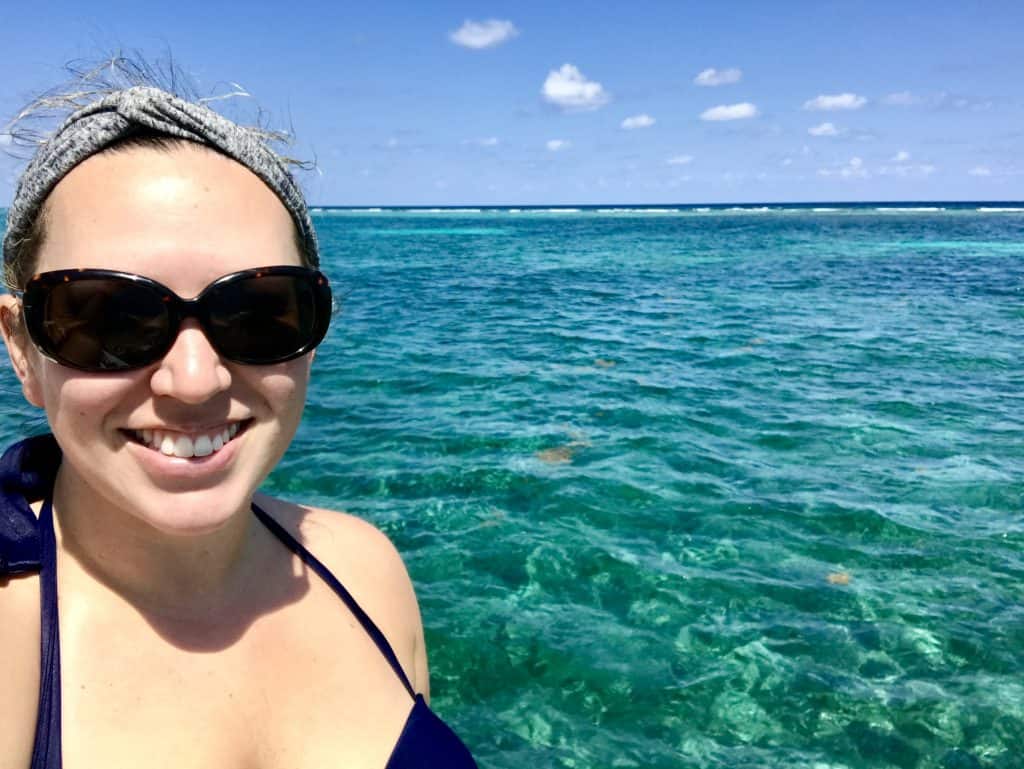 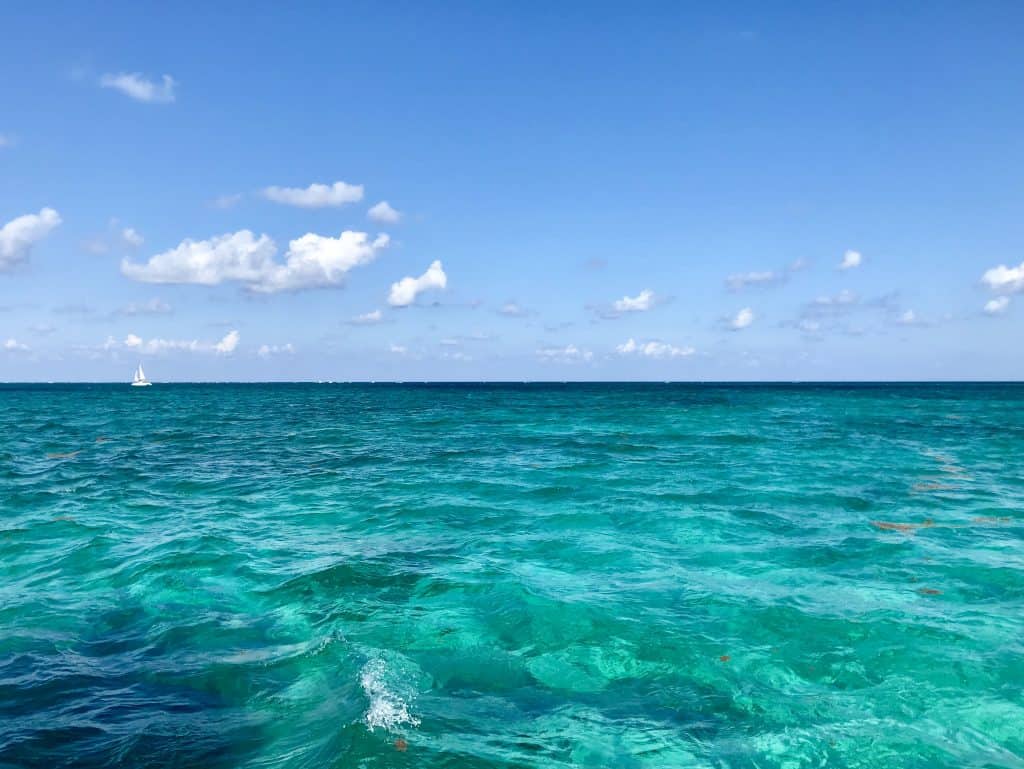 If you eyes aren’t great, I recommend a prescription dive mask (super affordable!!)

The snorkeling itself was hands-down the best I’ve ever done, and part of that was because we were with a great guide.  We split into groups of no more than 8 people per guide (I believe those are the reef’s rules), and I was with Benny all day.

He constantly pointed out marine life I would never have seen on my own—partly because I’m super blind and also because it camouflages itself so well.  Occasionally he’d pop back up to the surface to explain what we’d just seen and teach us about different animals or coral in the reef. 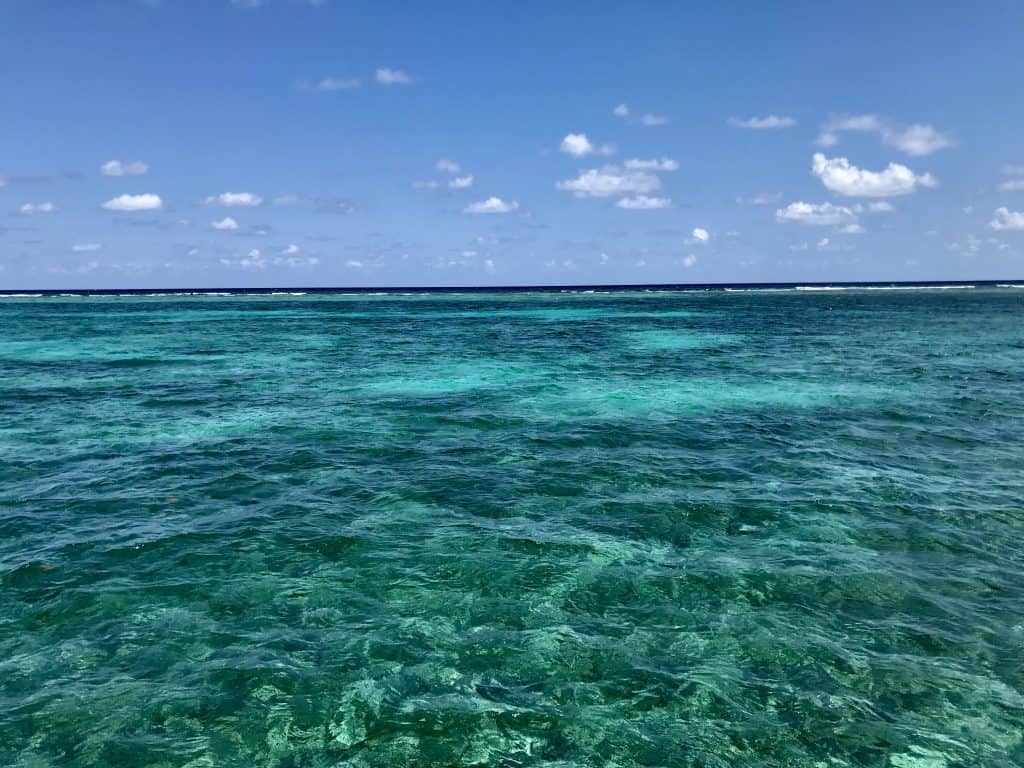 We saw so much during the three different snorkeling stops!  Dozens of different kinds of fish, a few types of rays, a moray eel, a couple giant green eels, a green sea turtle, and SO many types of coral, in addition to the nurse sharks.

There were these little yellow-striped fish (yellowjack?) that kind of adopted our little snorkel group and swam closely with us, like we were their school.

And to me, the coolest thing by far was swimming parallel with (but at a safe distance) a massive ray in the Hol Chan channel.  I’m not sure if it was a stingray or a manta ray, but it was AMAZING. 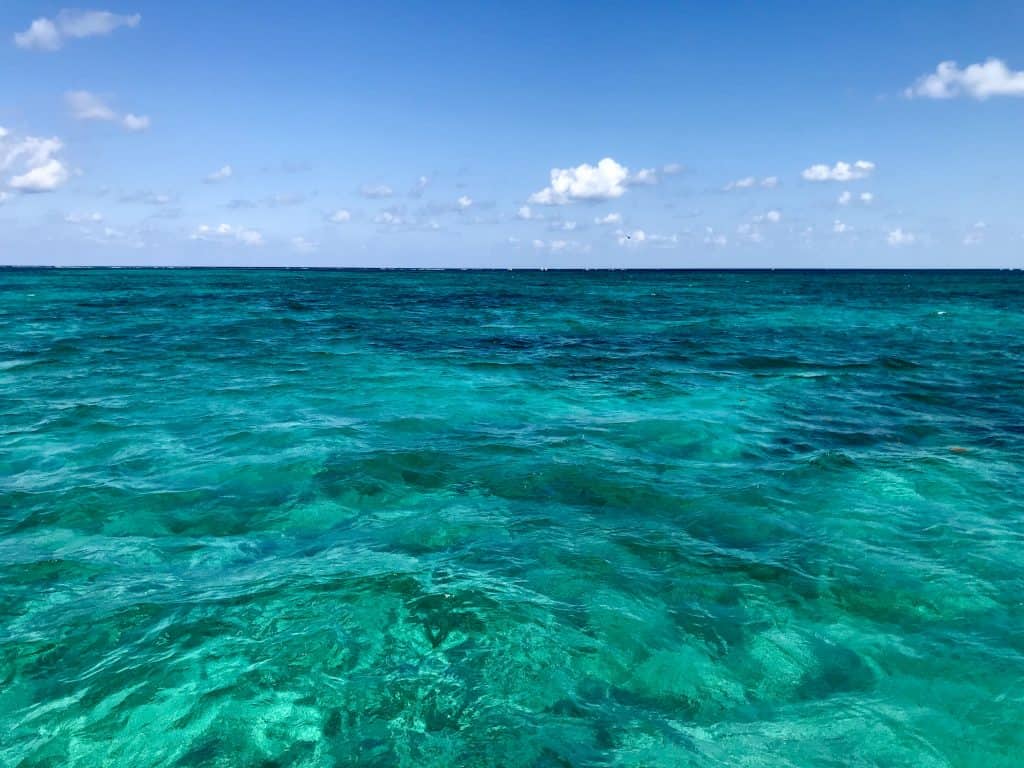 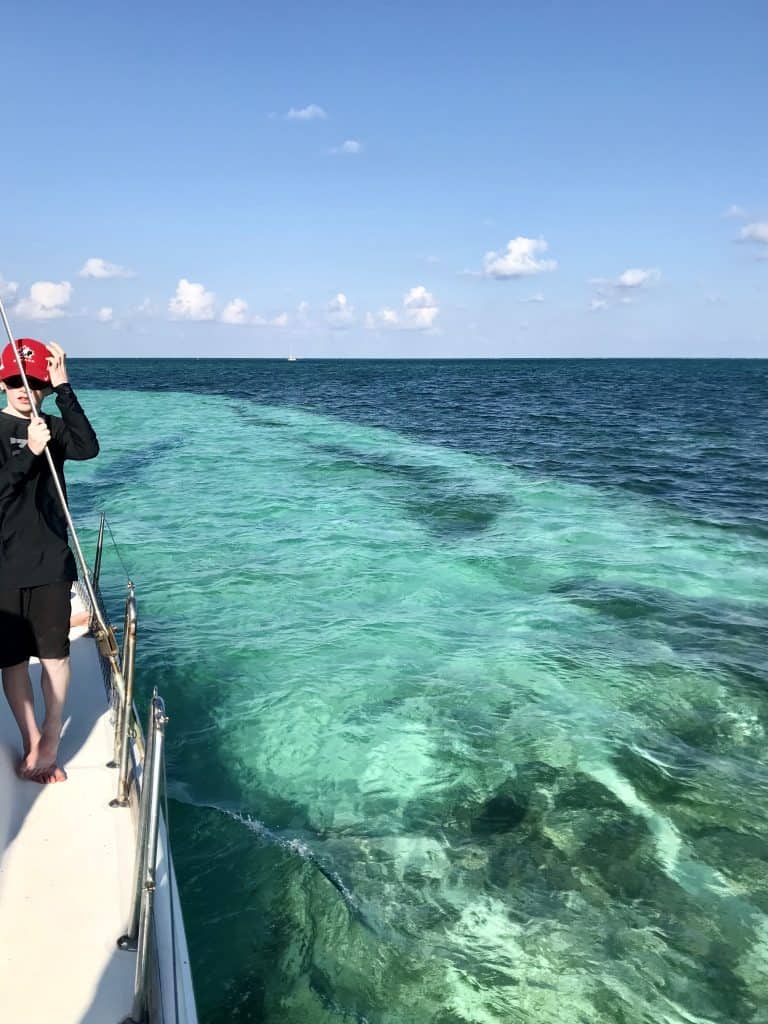 As the day wound down, we headed back toward Caye Caulker, approaching from the other side of the island.  Carlos sailed us through the Split, so we got an eyeful of the live music and party happening at the Lazy Lizard bar.  We docked a little after 4:00pm—a full and super fun day! 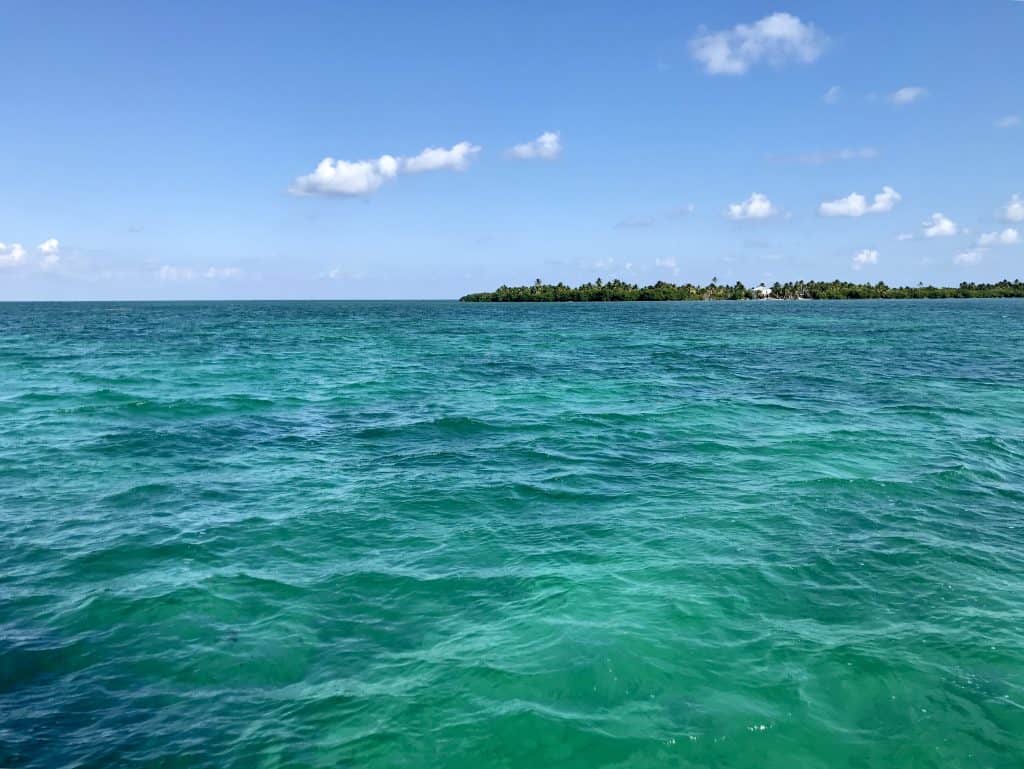 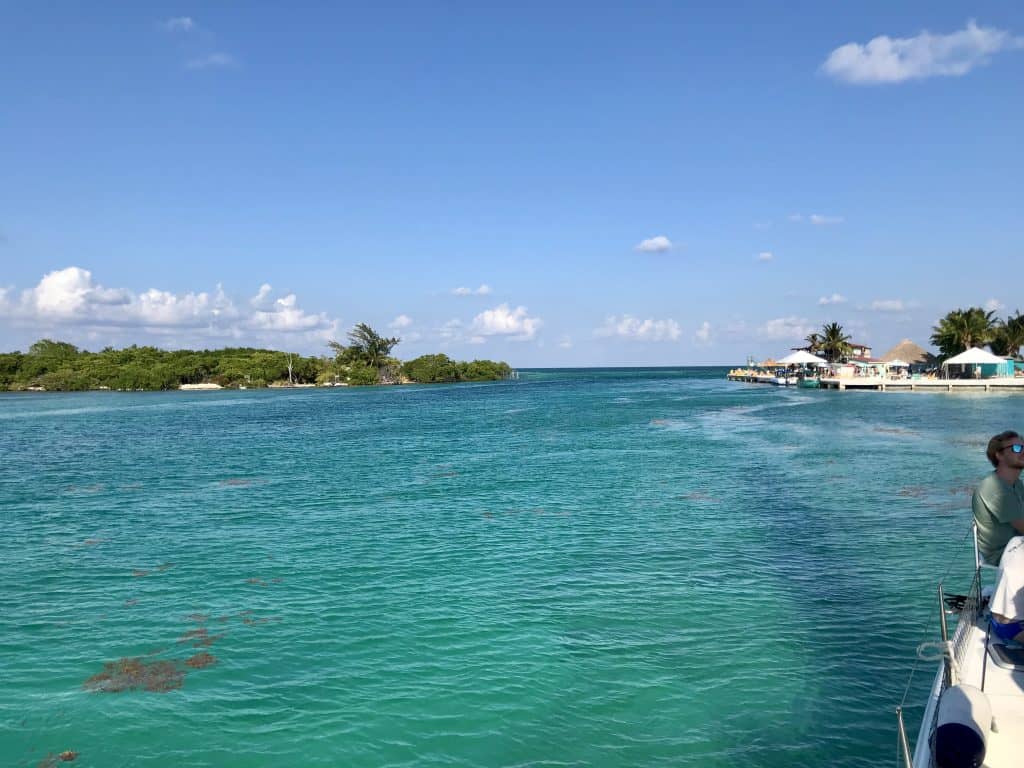 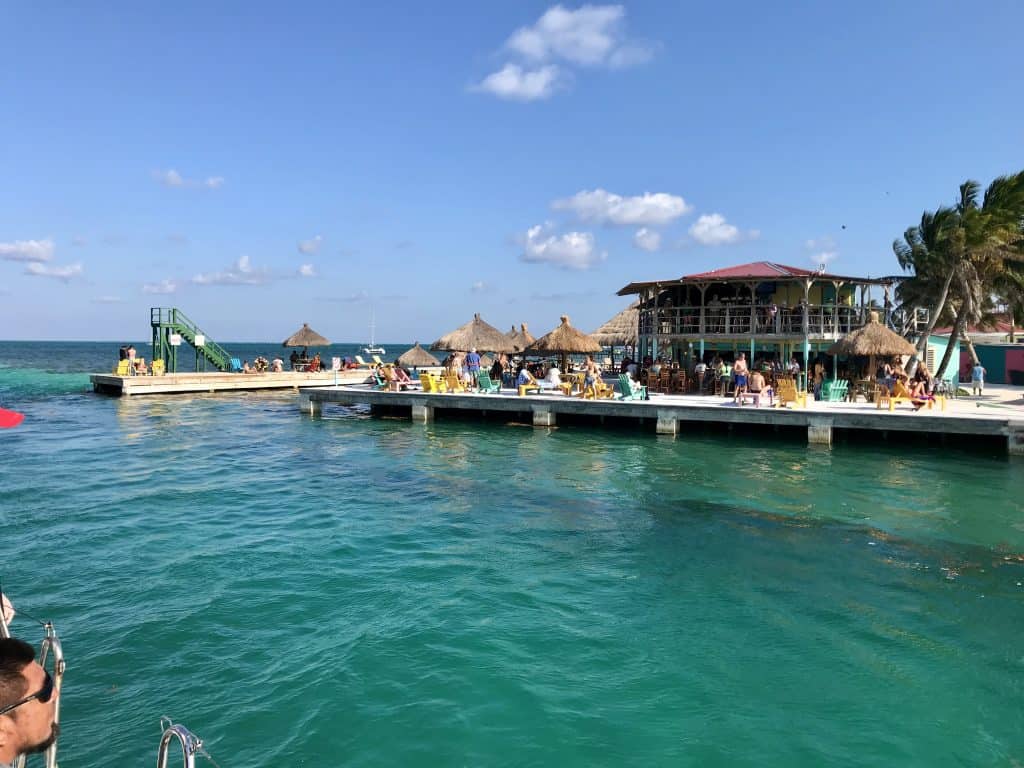 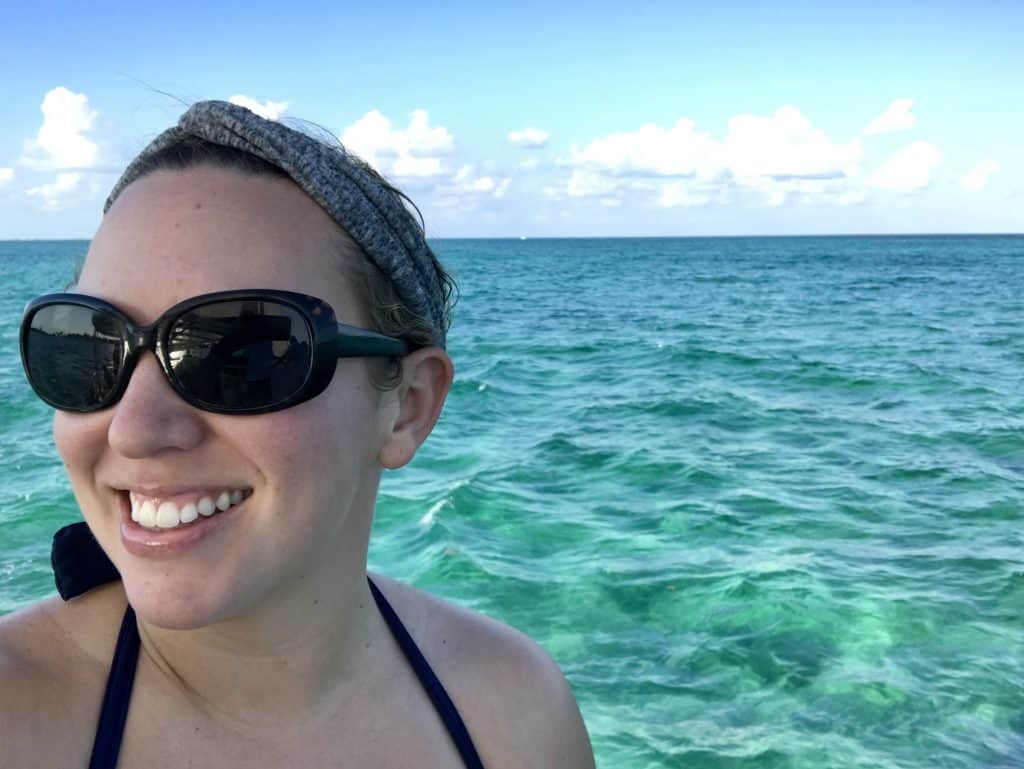 It’s really a shame that Carlos Tours doesn’t really have an online presence, but don’t let that stop you from seeking it out when you’re in Caye Caulker…if you’re looking for a fun, chill sailing experience with your snorkeling, this is DEFINITELY the tour for you!

Tips for enjoying your snorkeling & sailing 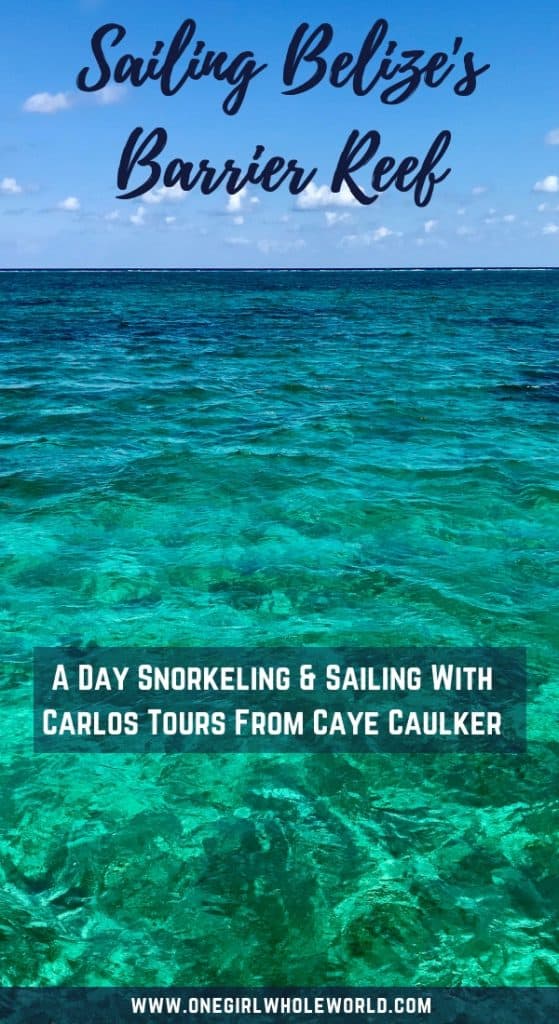 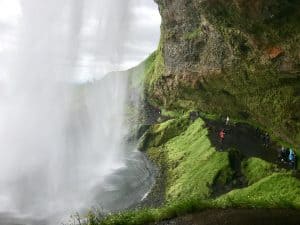 What To See On Iceland's Golden Circle 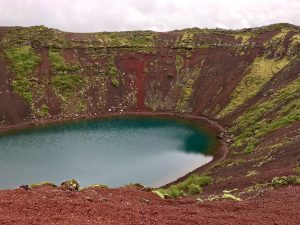 Why Iceland's Kerið Crater Should Be On Your Itinerary