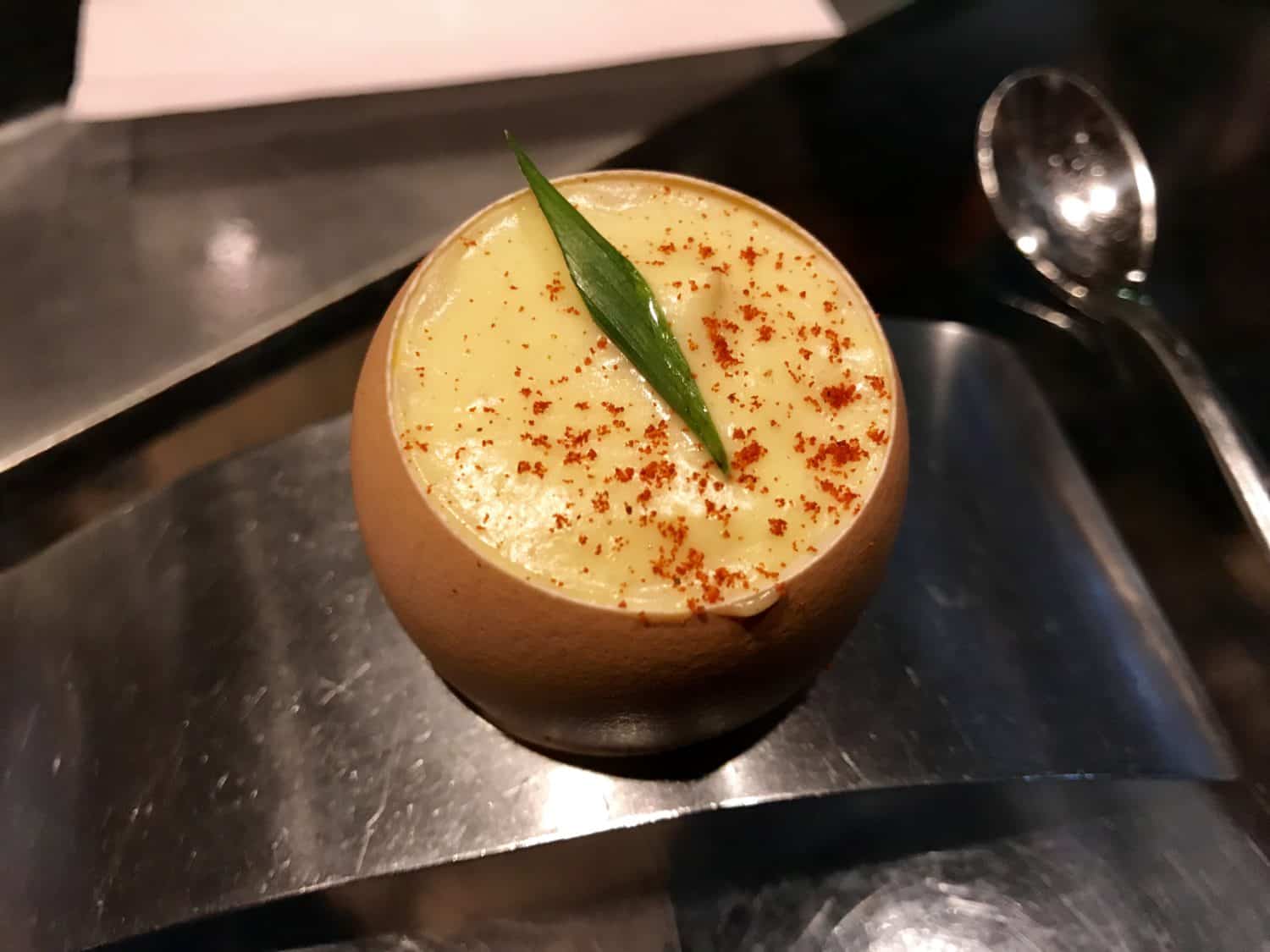 I stumbled upon the idea of food tours accidentally a couple years ago when visiting Istanbul, but have been obsessed with them ever since.  If you’re visiting a city for a very short period of time, they’re the perfect way to try out the best dishes from a lot of different bars and restaurants, and often gives you a great feel for some of the more local spots.

So when I decided to hit up Asheville, NC, over MLK weekend this year—a city known for its amazing food and beer—I knew that a food tour was a non-negotiable.  And I was right.  The only downside was that it was sooooo cold (the highs that weekend were in the teens and low 20s, with wind), so I had to intensely bundle up, and even then kept getting face-aches and headaches from the cold. 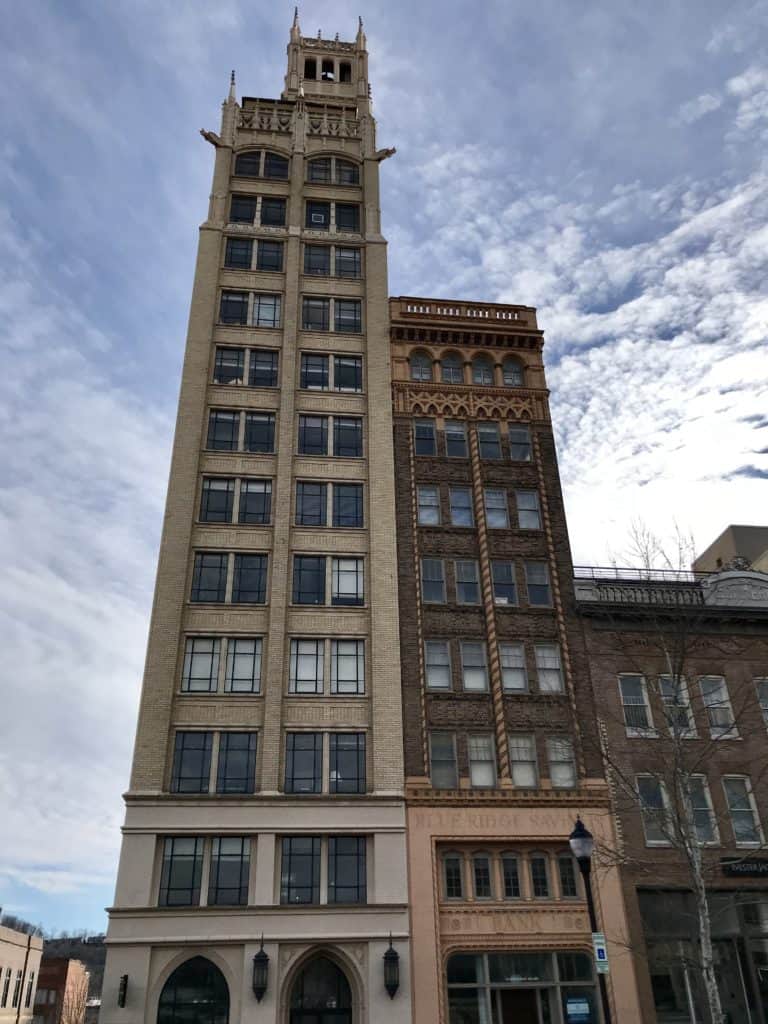 Why should you take a food tour in Asheville?

Asheville boasts one of the hottest food and beer scenes in the country, and there’s no possible way you could do it justice with just a weekend in the city.  A food tour is an awesome way to maximize the number of restaurants you visit and dishes you try, get a sample of the best each restaurant has to offer, and get a mini-city tour as well.  I not only stuffed myself but got a taste of some of Asheville’s great colorful history as well.

I met the group at the Aloft Hotel and we started with a ginger-y drink and a couple bites of a sandwich from a nearby shop.  One strange victory of this particular food tour is that I had not one but two different ginger-y cocktails that I didn’t hate.  Because ginger is the worst.

Our tour guide, Stu, gave us a little background on him (he’s a well-known food critic in Asheville) and how he put this particular tour together (it’s the tour company’s 10-year anniversary, so we had 10 different places and bites).  Then we headed off to our first stop.

See the adorable Airbnb I stayed in!

With more breweries per capita than any other city in the U.S., there was no question that our Asheville tour had to include a brewery stop.  But it wasn’t one of the usual suspects—instead, we headed to nearby Brahmari.

In all my pre-trip research I hadn’t even heard of Brahmari, which is a shame because it was so charming and the food was delicious! 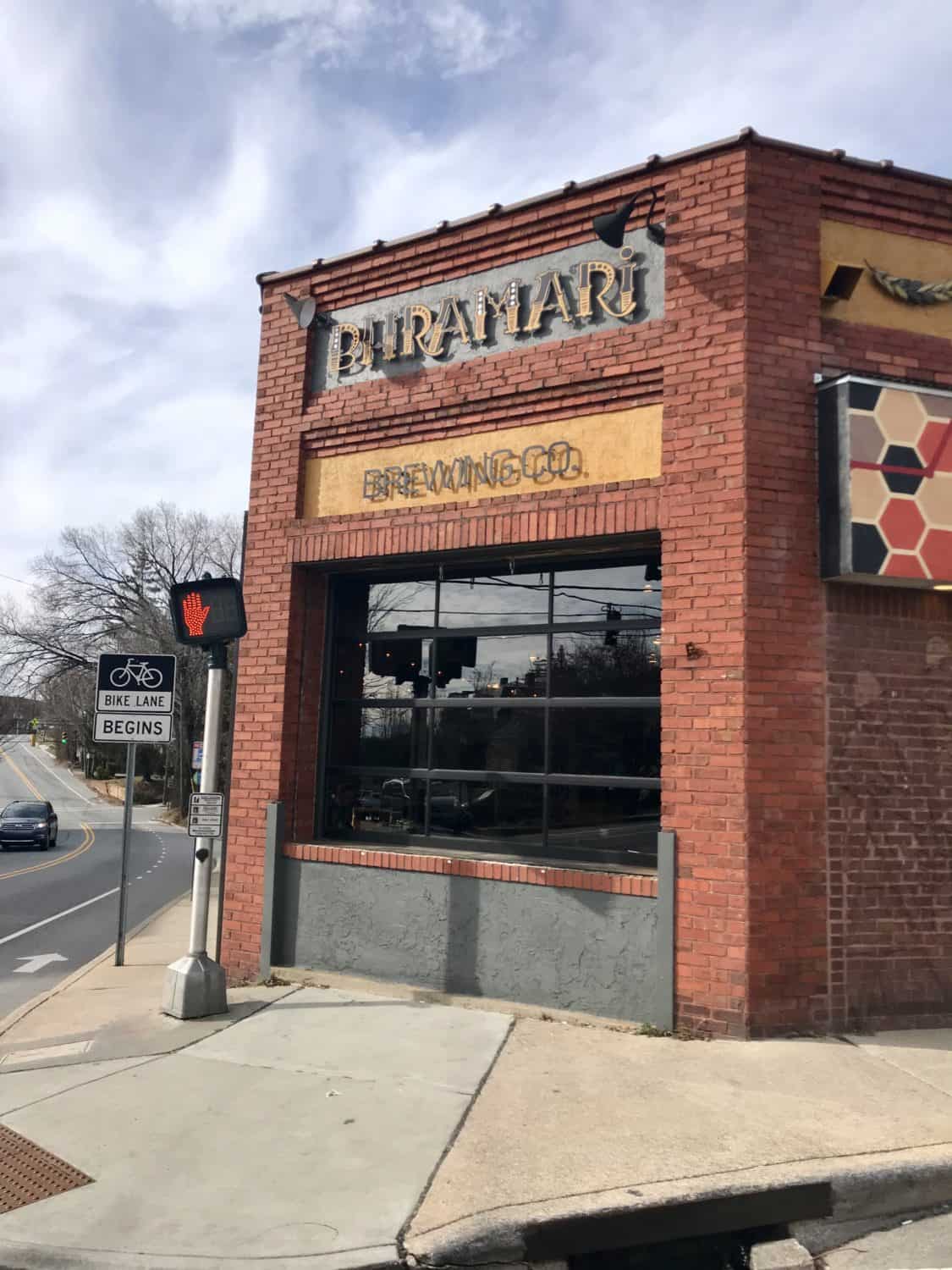 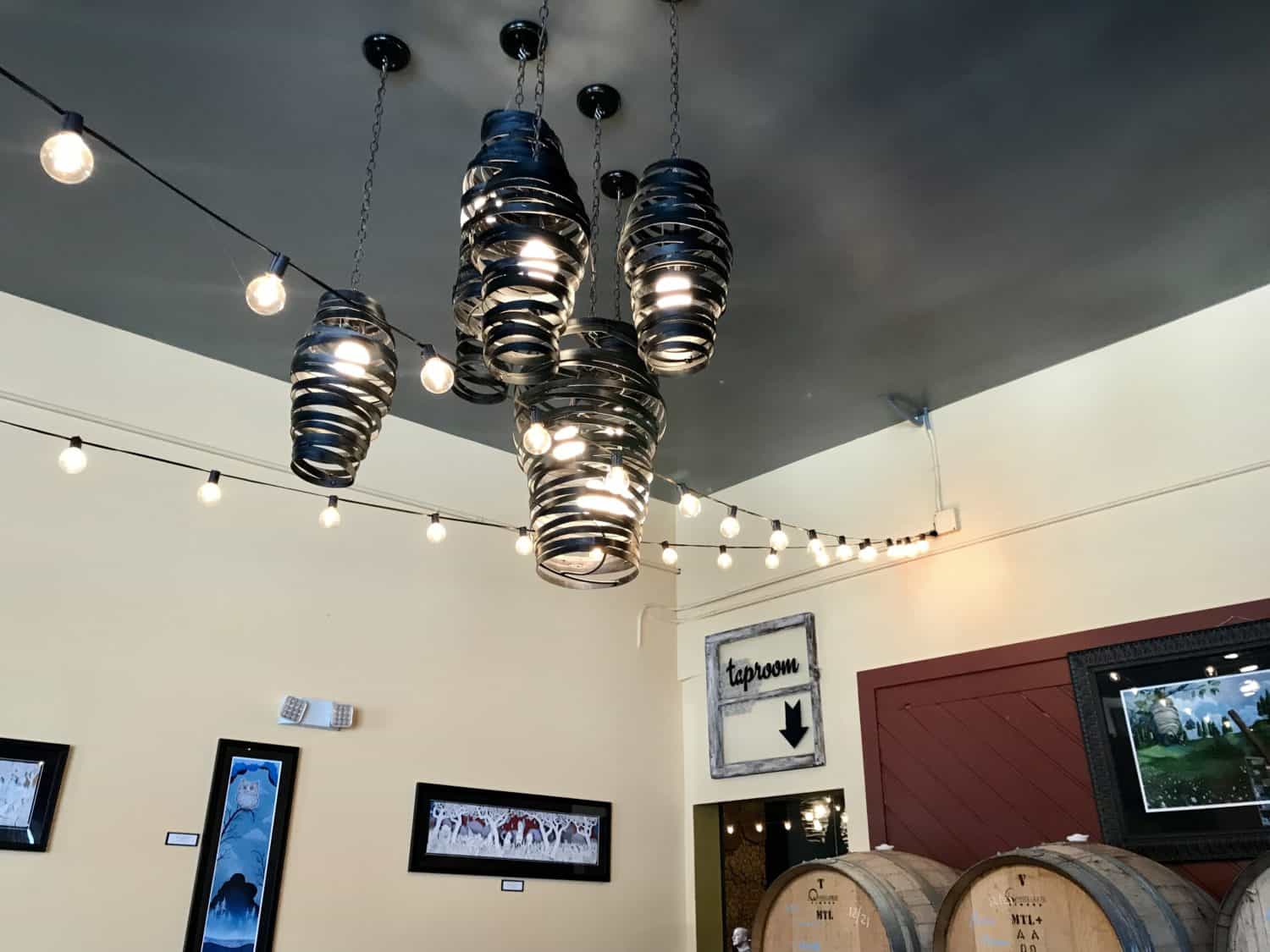 We started with a Painted Fortune beer and the chef brought out an “everything” waffle with plum tapenade and coriander capers for us to try.  It’s not on the menu yet, but he was toying with the idea of adding it.  I vote yes. 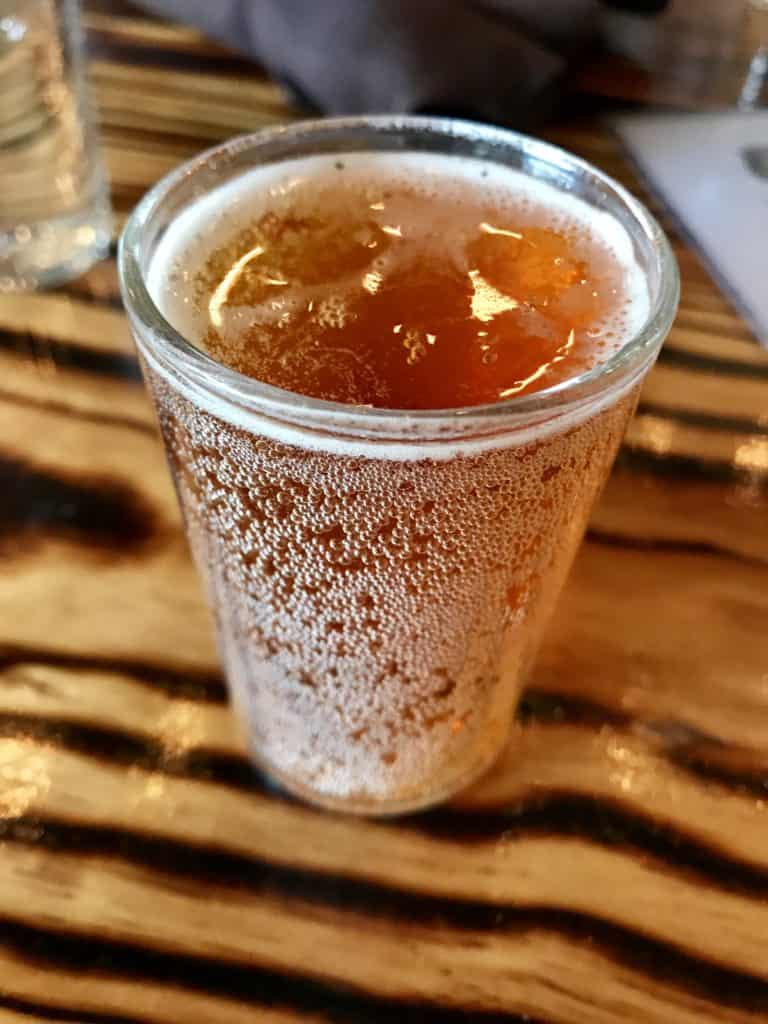 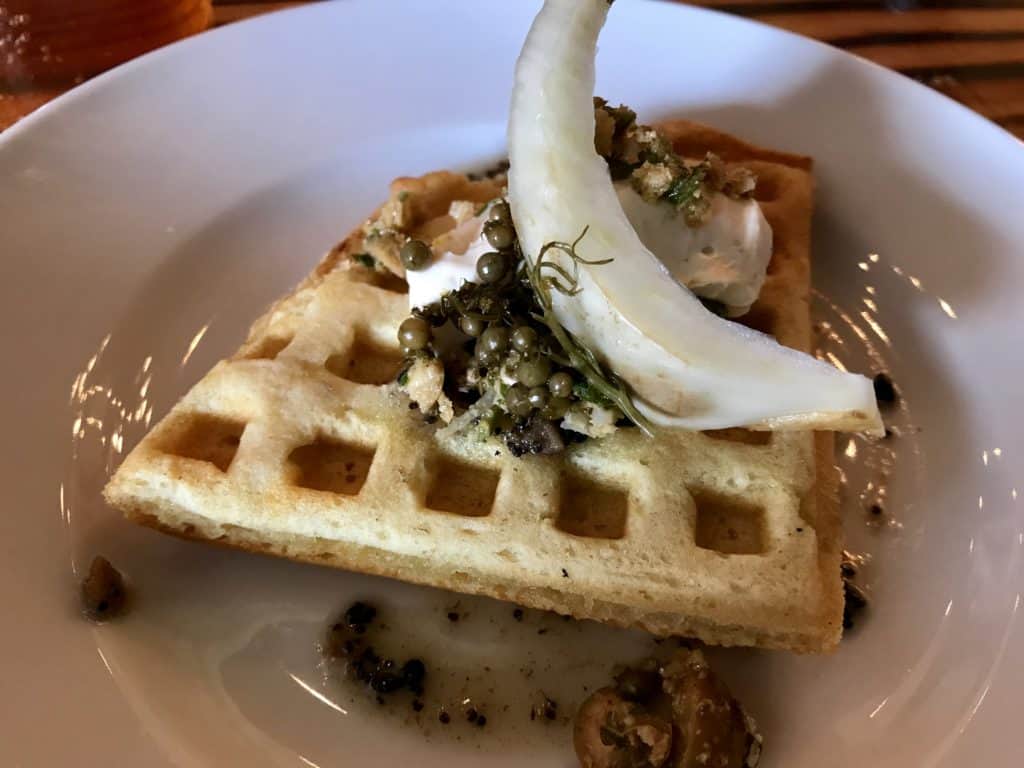 A staple in Asheville, our next stop on this frigid day was for Sunshine Sammies’ famous ice cream sandwiches. 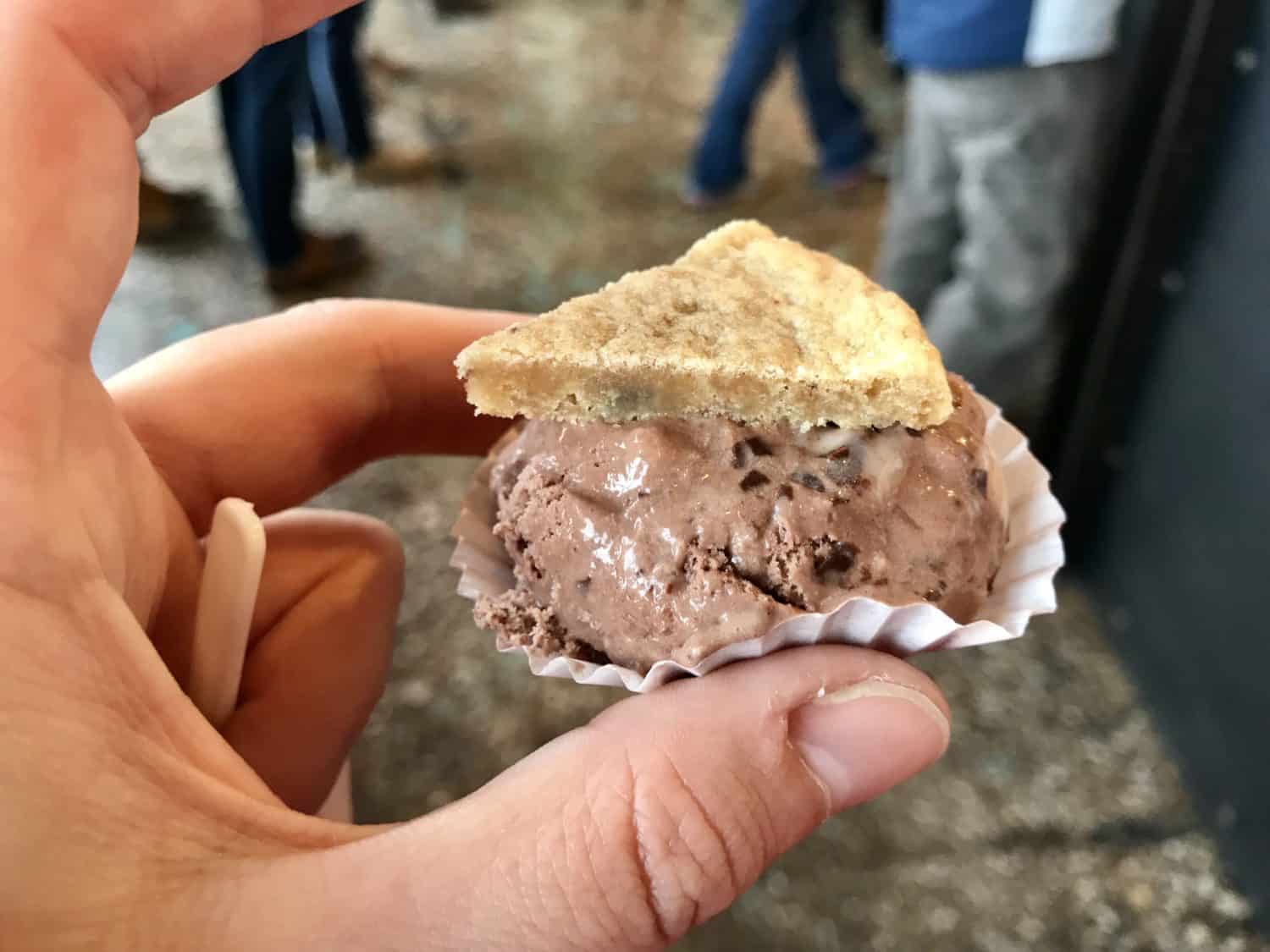 We started with the peppermint mocha, but then got to try the miso maple ice cream with pecan cookie (my personal favorite, quite subtle).  I can see how this place is hoppin’ on a hot summer day! 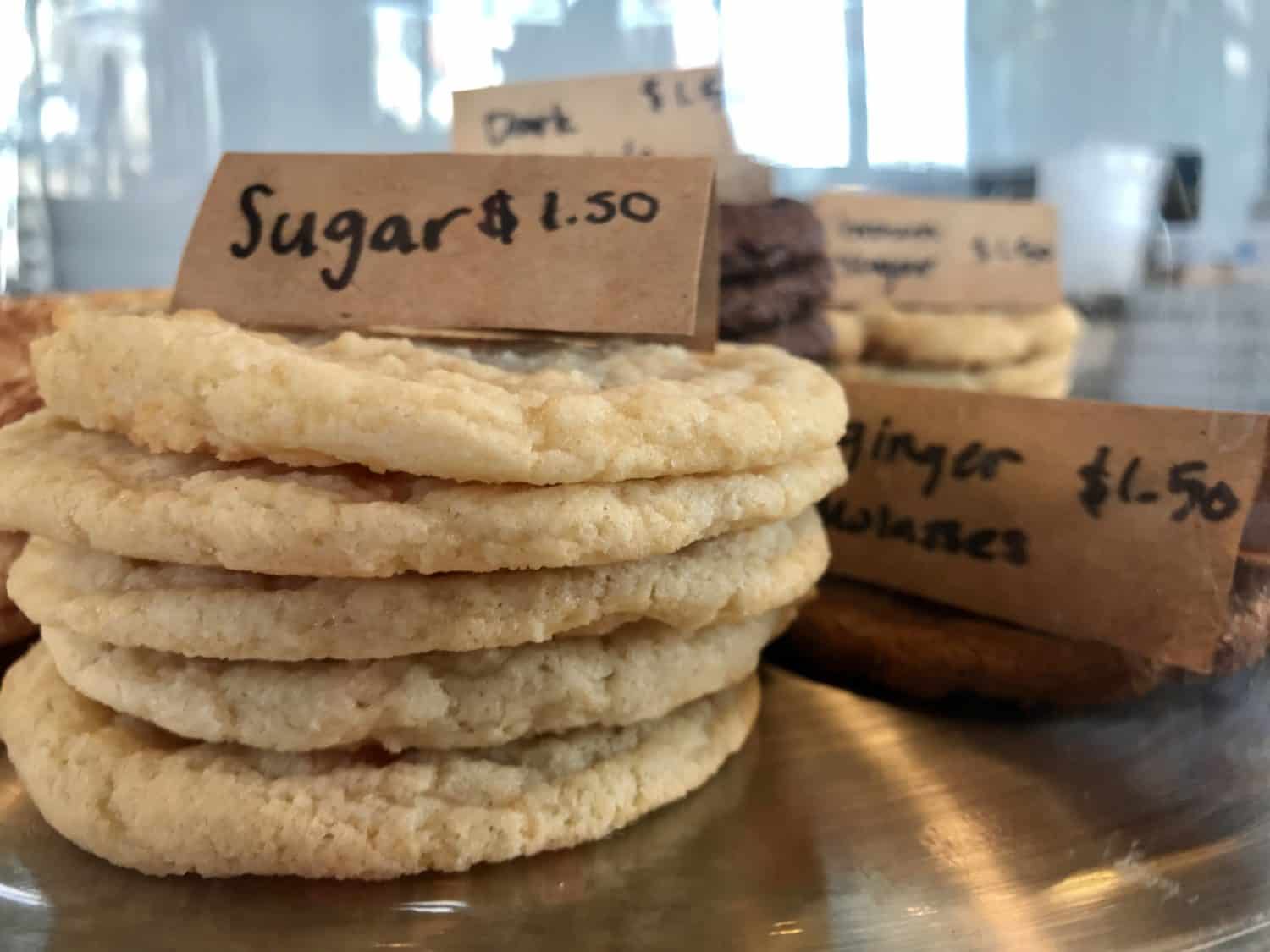 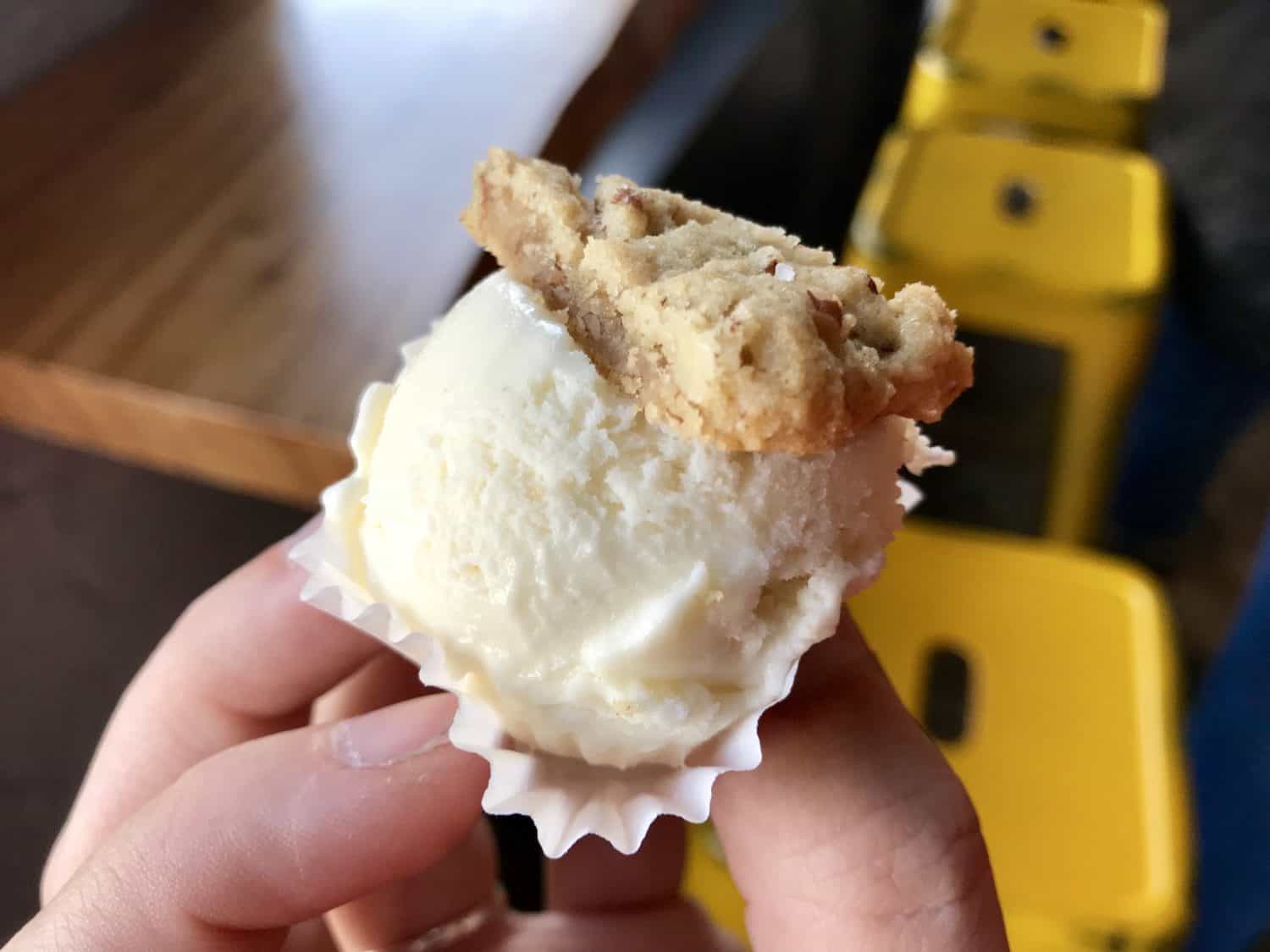 Most of the time you’re not going to find your best meals in a hotel’s restaurant.  But The Blackbird is the exception…tucked alongside The Aloft Hotel, it’s been revitalized with new management in the last couple years and gets rave reviews for their New Southern cuisine.

Our group got to try their awesome biscuits & gravy, but since there was pork in the gravy I couldn’t have it.  They made some avocado toast for me which I thought was a bit of a cop-out.  I mean, delicious because it’s avocado toast, but isn’t particularly special. 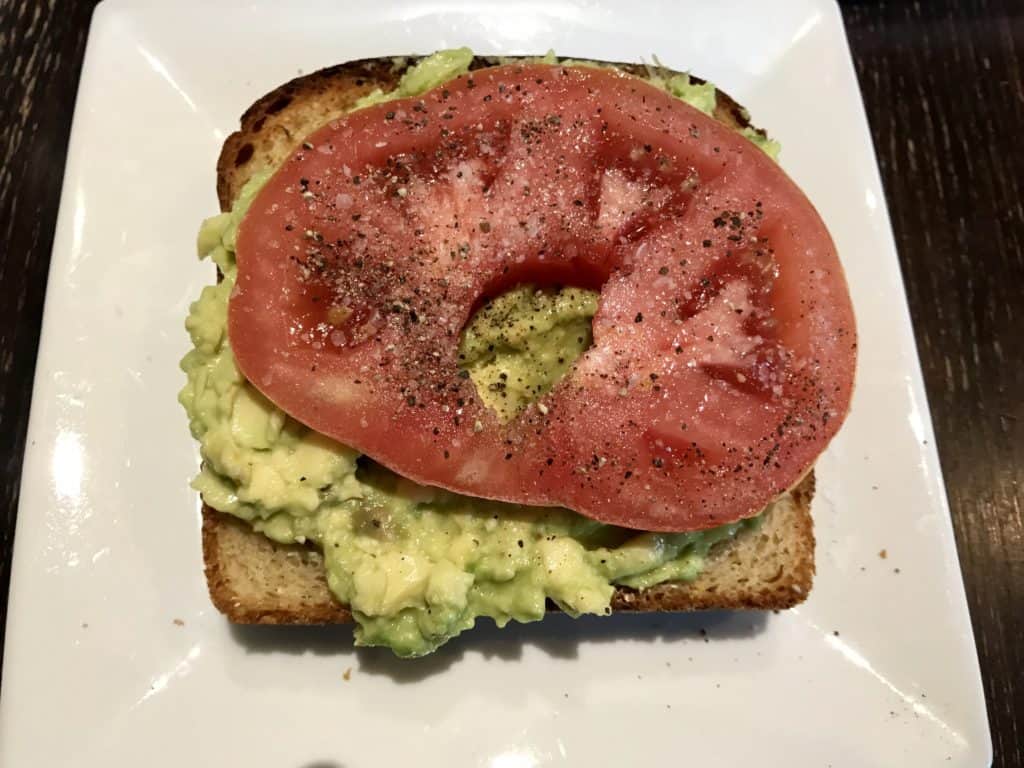 I believe Mojo started as a food truck, but is now also an awesome restaurant-cum-music hall that blends Southern food, Caribbean flair, and delish tacos and nachos.  For our food tour tasting, we got to try their chicken & waffles. 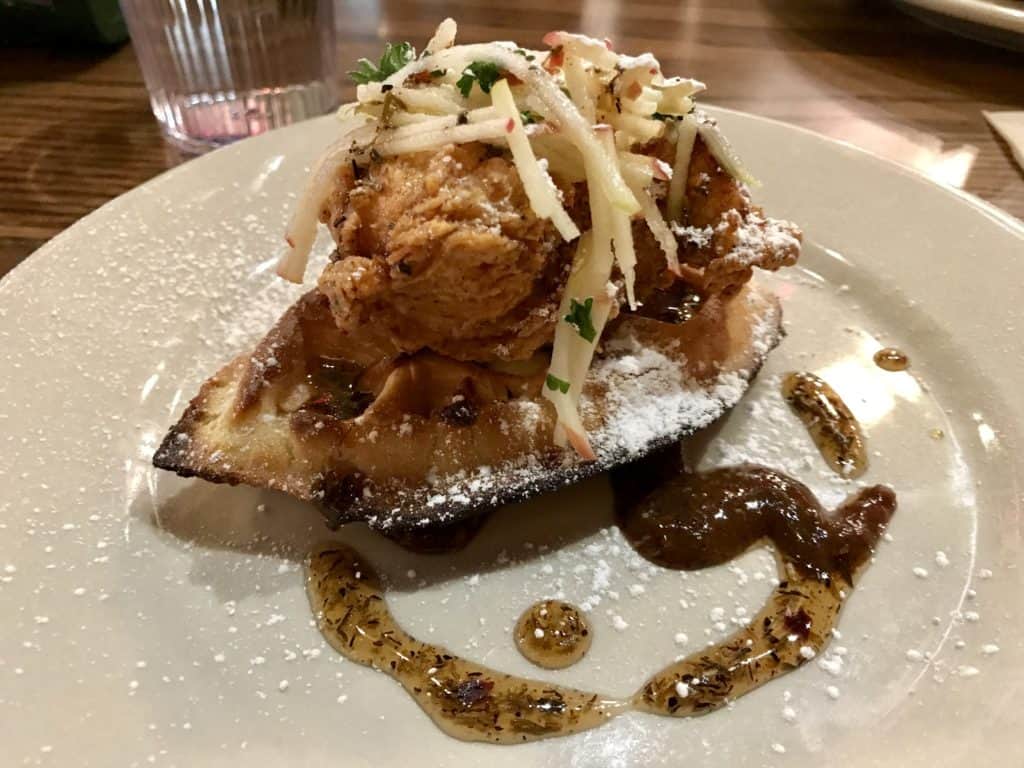 I’m a sucker for chicken & waffles in general (see: Willamette hijinks), and the addition of shredded apples, jerk sauce, and maple syrup definitely lent their own flair.  The owner was there and we got to talk to him for a bit, super cool dude.  I’d love to come back here and try a bunch of the stuff on their menu and just sit listening to the live music. 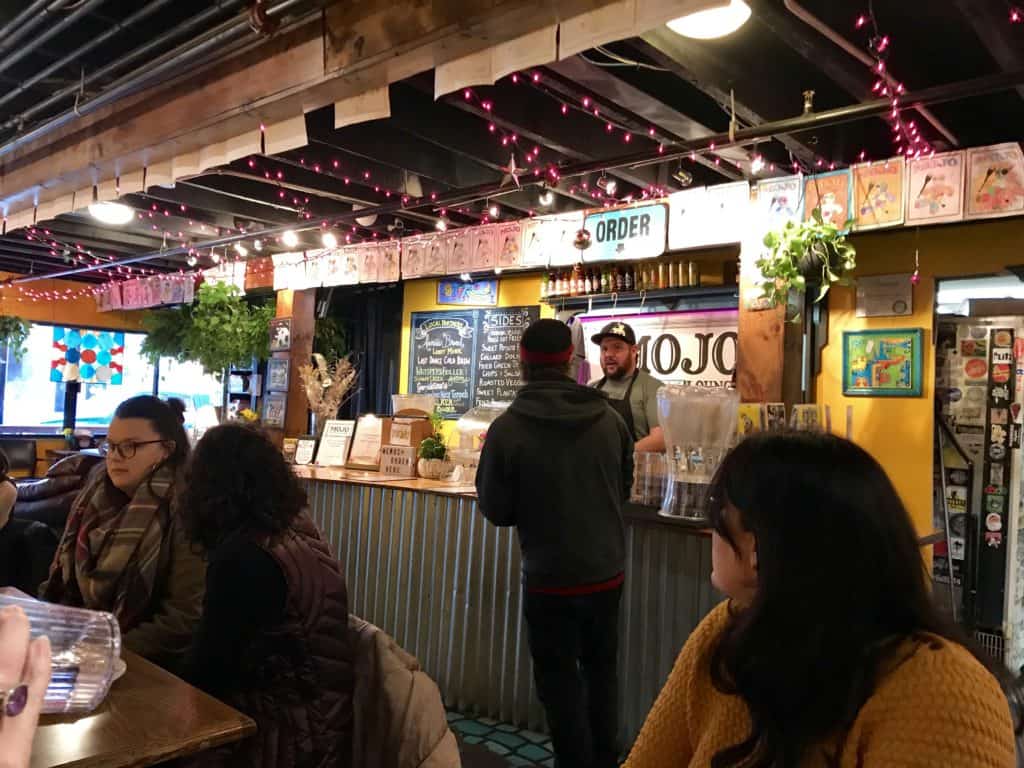 I’d actually been to this mecca of chocolate earlier that morning on my epic solo short coffee shop tour (I think I went to 3 or 4 places in like 3 hours?).  We actually came to the little shop connected to the lounge and got to try a delicious liquid truffle and chocolate marshmallow.

These were quite the surprise, because neither of those are things I’m crazy about.  I expected it to be WAY too sweet and rich, but the liquid truffle was actually fairly bittersweet and perfectly balanced out the marshmallow (which wasn’t terribly sweet either).  Highly recommend. 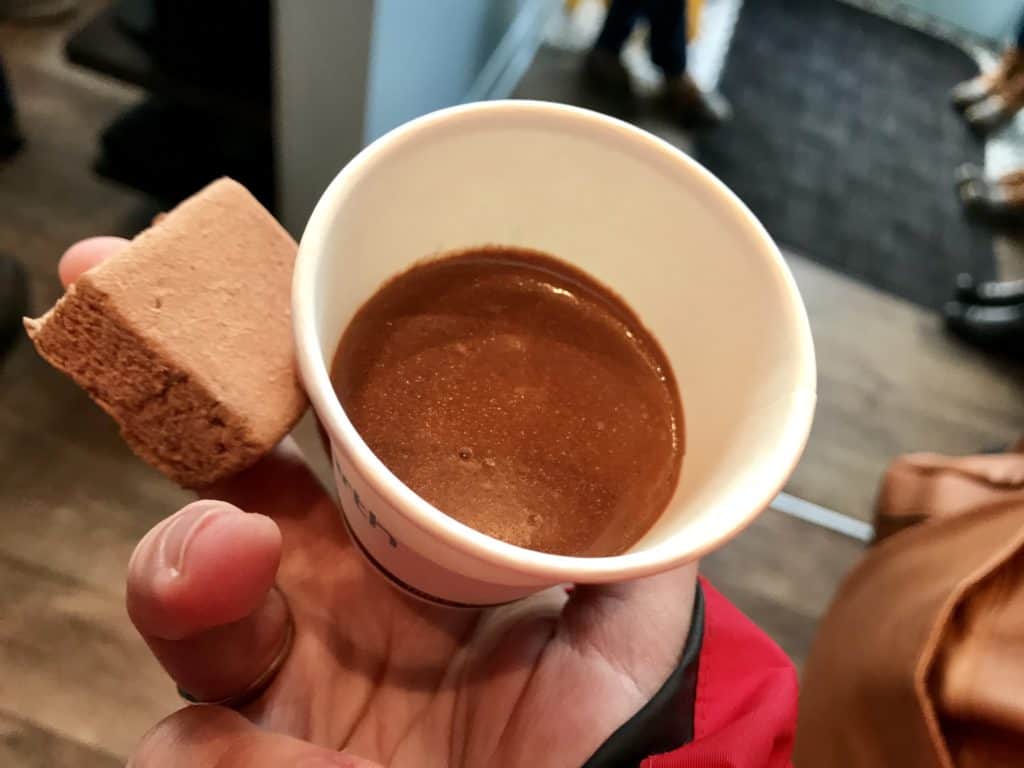 Mmmm, what hits the spot on a freezing afternoon?  A giant grilled raviolo (yes, single ravioli), some kind of yummy pink cream sauce, and spinach ricotta filling, with a half glass of red wine.

From what I could tell, Strada serves simple, delicious family-style traditional Italian fare, with an extensive and unpretentious wine list and a super cozy ambiance. 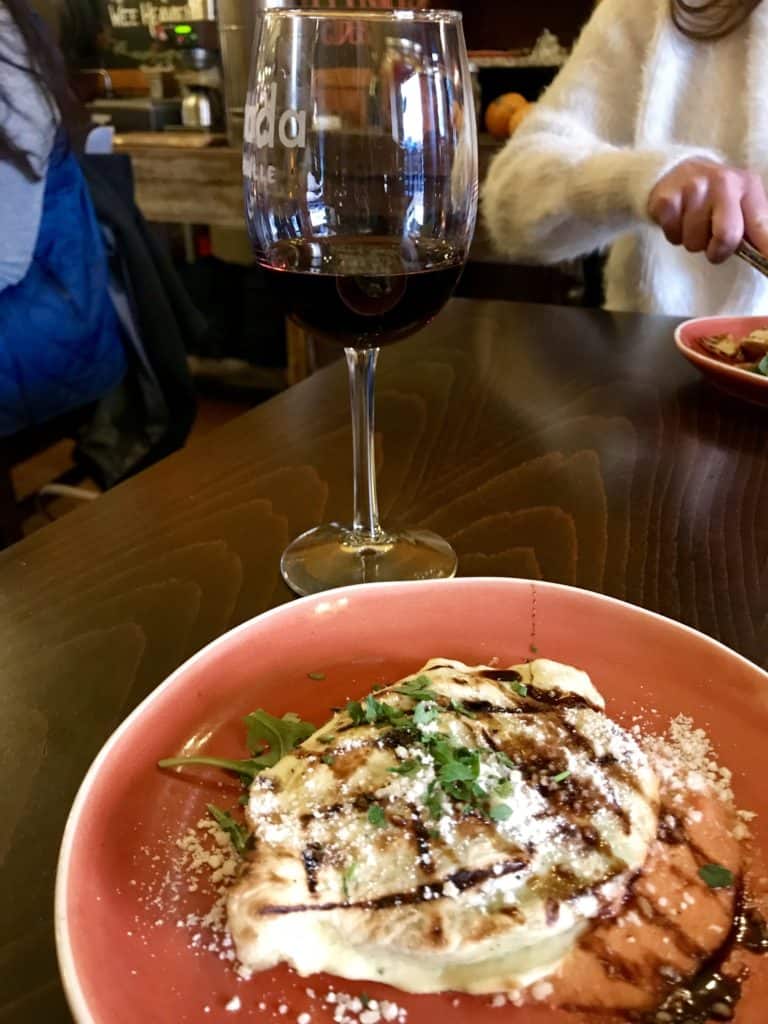 I’d actually been to The Rhu’s parent (sister??) restaurant, Rhubarb, the night before for dinner, and had a great meal and attentive cocktail mixing at the bar.  The Rhu is its little sister, a cafe/bakery/pantry that focuses on local food producers (I bought a delicious-sounding rosemary fig goat cheese) and slightly fancy cafe fare.

We got to try an amazing peanut butter pie with some cold brew coffee, and it was a perfect mix of sweet and salty (though the crust was nothing to write home about).  I could eat that pie all day. 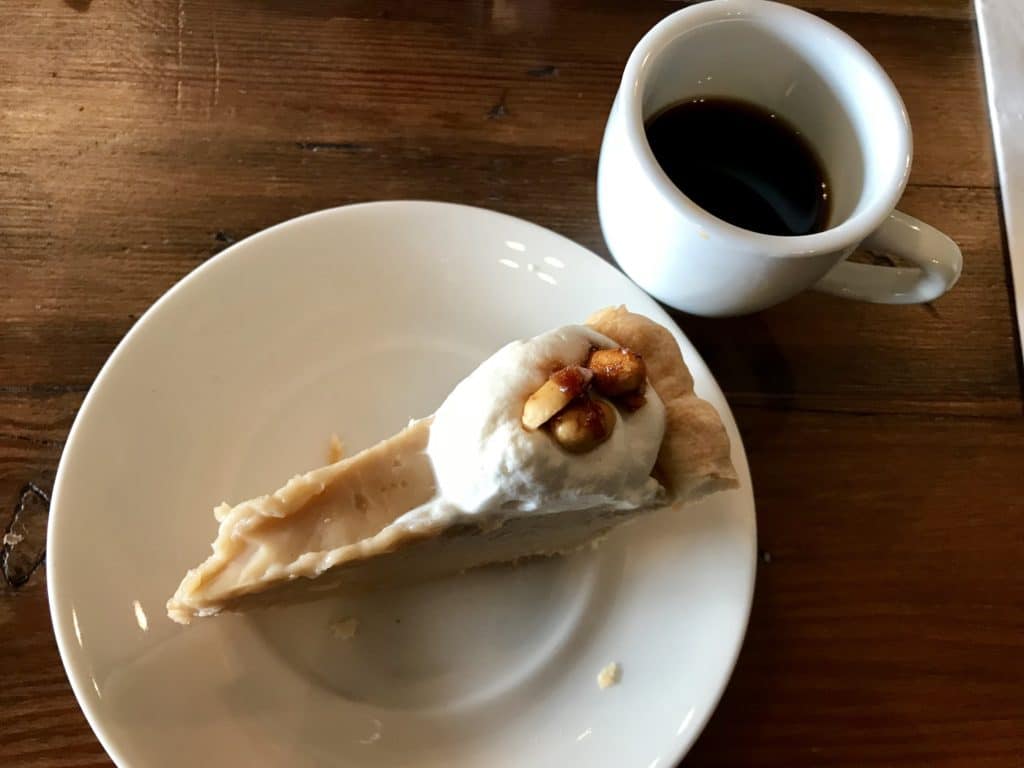 Right now Nightbell’s sister restaurant, Curaté, is getting a lot of the attention in Asheville, but if you’re having trouble getting a reservation or want a different feel then Nightbell is your place.  The vibe inside is awesome.  We were seated at a long table next to the bar and served Shackled to Snowflakes, a twist on a Moscow mule with chai spice syrup.  Again, a ginger cocktail that I don’t hate!

Then they brought us their take on a deviled egg, with a dash of molecular gastronomy.  It included corn zabaglione with the deviled egg and cured and smoked trout, served in an egg shell.  Super delicious and fancy—if you visit Nightbell, this is a must-have! 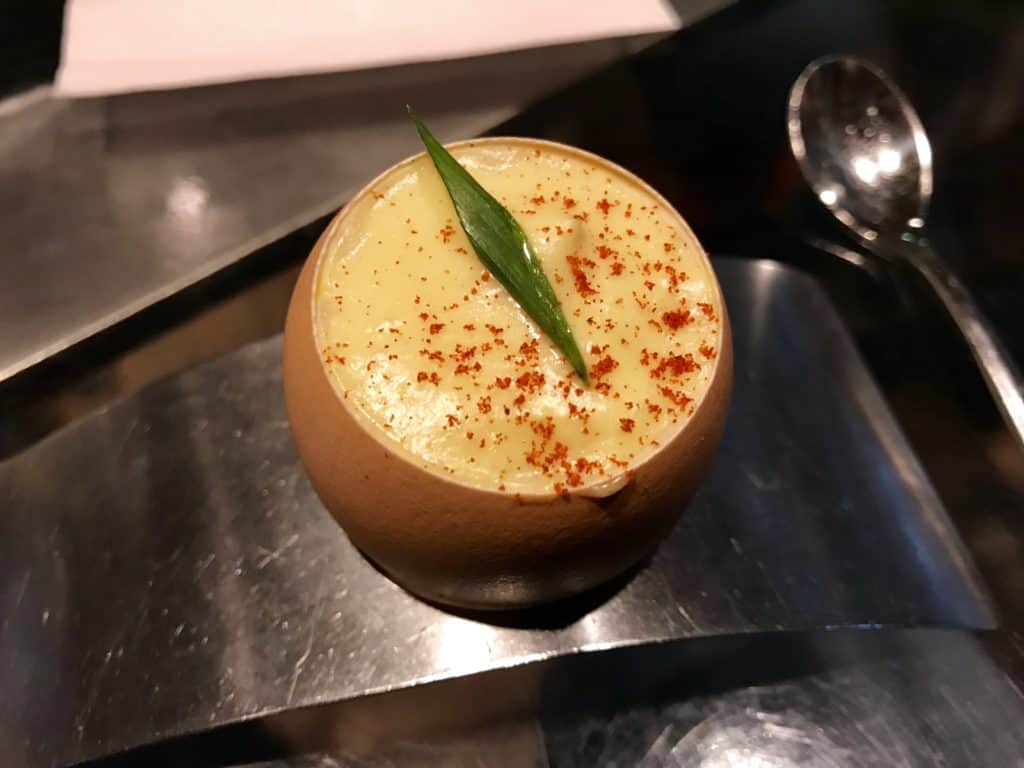 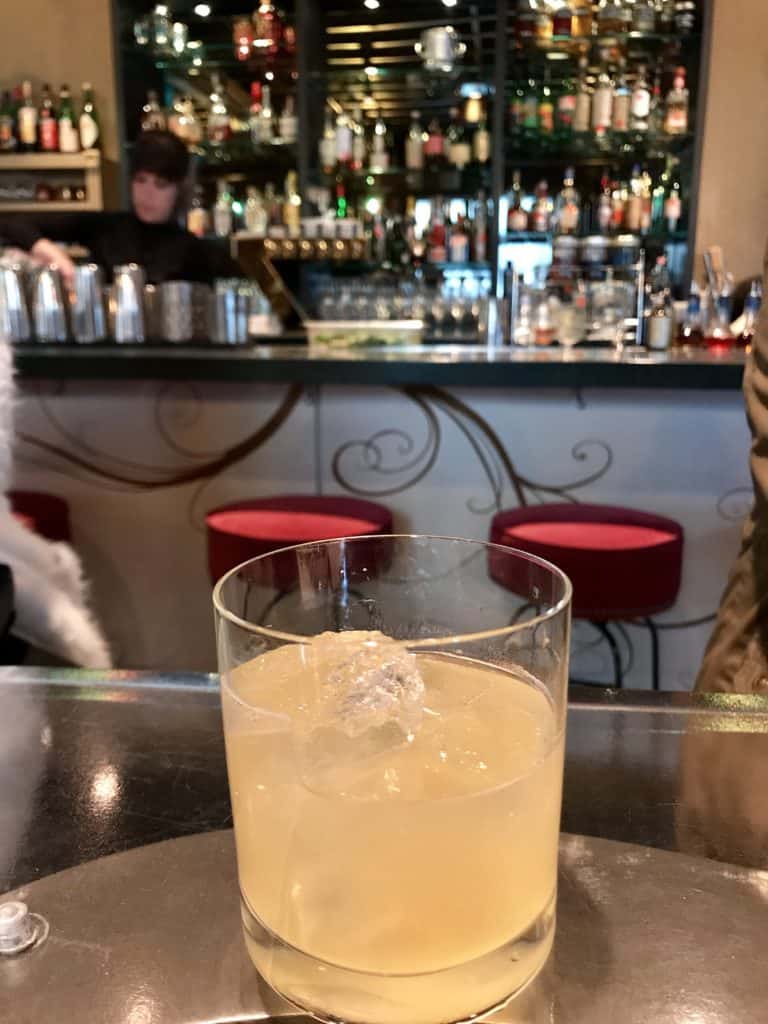 Finally we hiked back to The Aloft and Stu gave us some take home treats—cookies from fifty 50.  He was happy to stay and chat, and gave lots of people pointers on where to go for dinner.

What do you think?  Would you consider taking a food tour the next time you’re in Asheville? 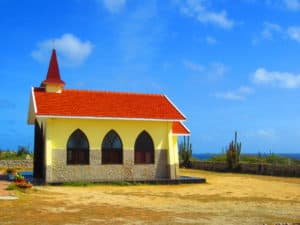 10 Things You Should Know About Aruba 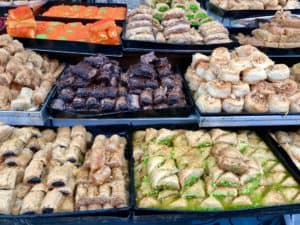