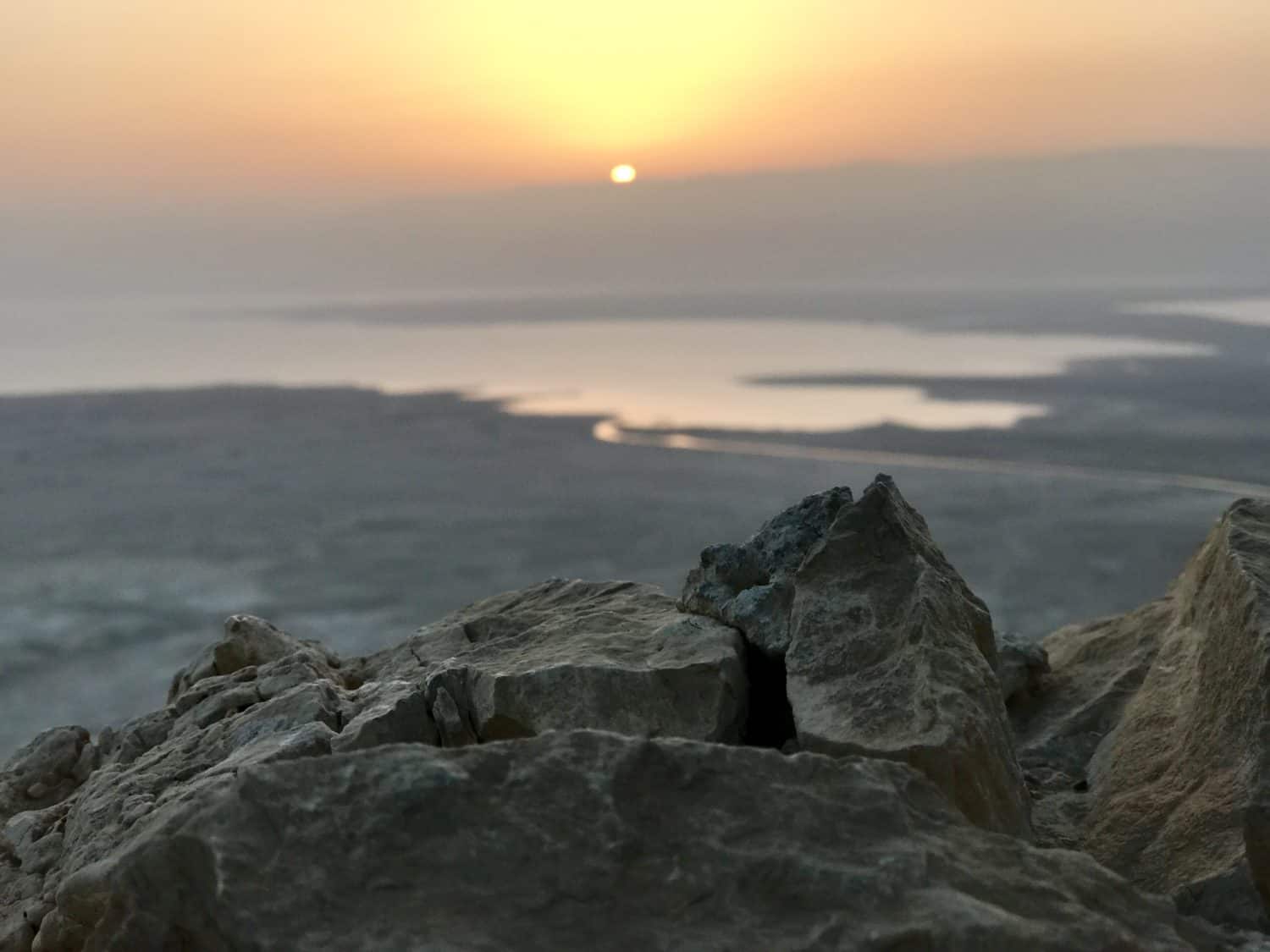 I swung my pack onto my back and started up the famous Snake Path, with only the sound of my own breath in my ears and the crunch of gravel underfoot to keep me company.  Stars winked overhead and the sky was a deep indigo, almost midnight blue still, but the periwinkles and shell pinks of dawn were already starting to creep up over the horizon. 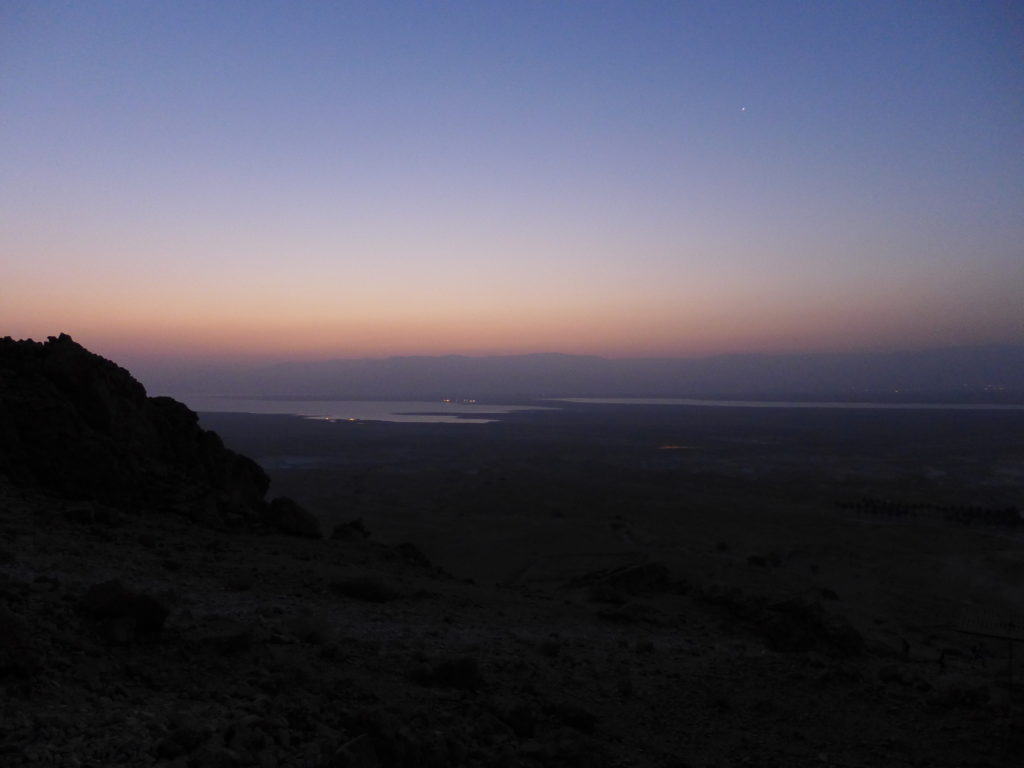 There were no birds, no cars, no obnoxious people blasting their music.  I’d been up since 2:45am and that fatigue dragged at me (as did my intensely sore muscles from our Jordanian adventures), but the coolness of the night and the prospect of a beautiful sunrise kept me going. 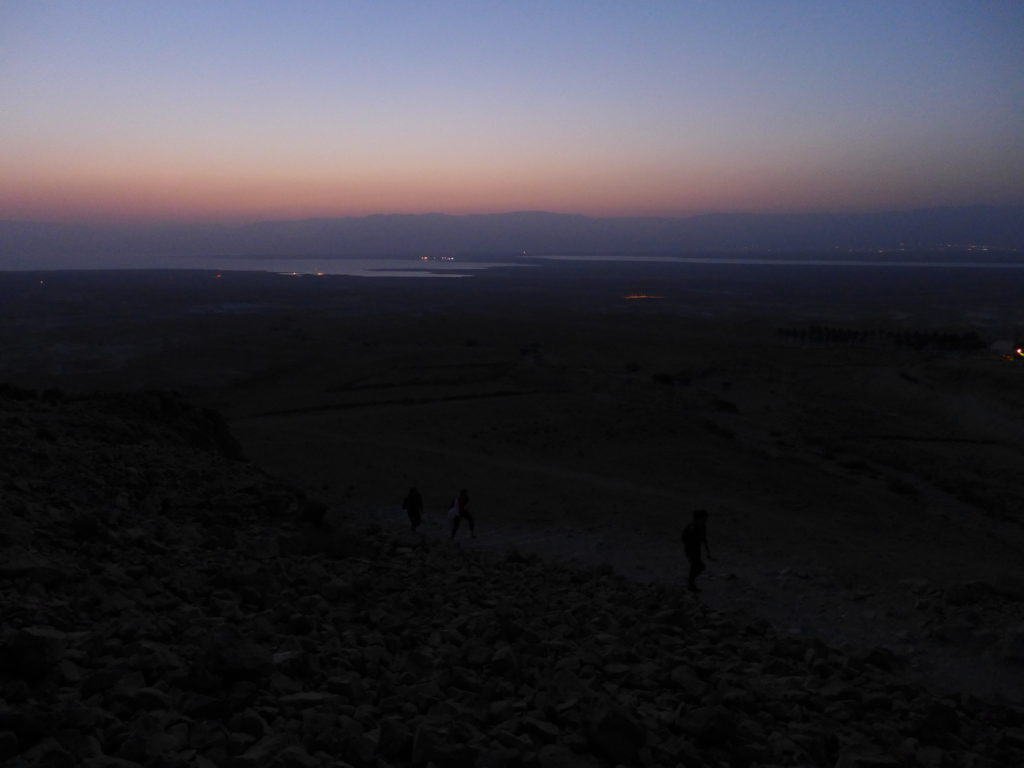 I set an aggressive pace, trying to ignore the pain in my ankle.  I’d sprained it pretty badly doing Petra by Night a few days earlier, but I knew this was the last major thing I had to ask of it before flying back to the U.S. later that night.  And I didn’t want to look back on this experience knowing that I’d missed the best sunrise views because of my dumb ankle. 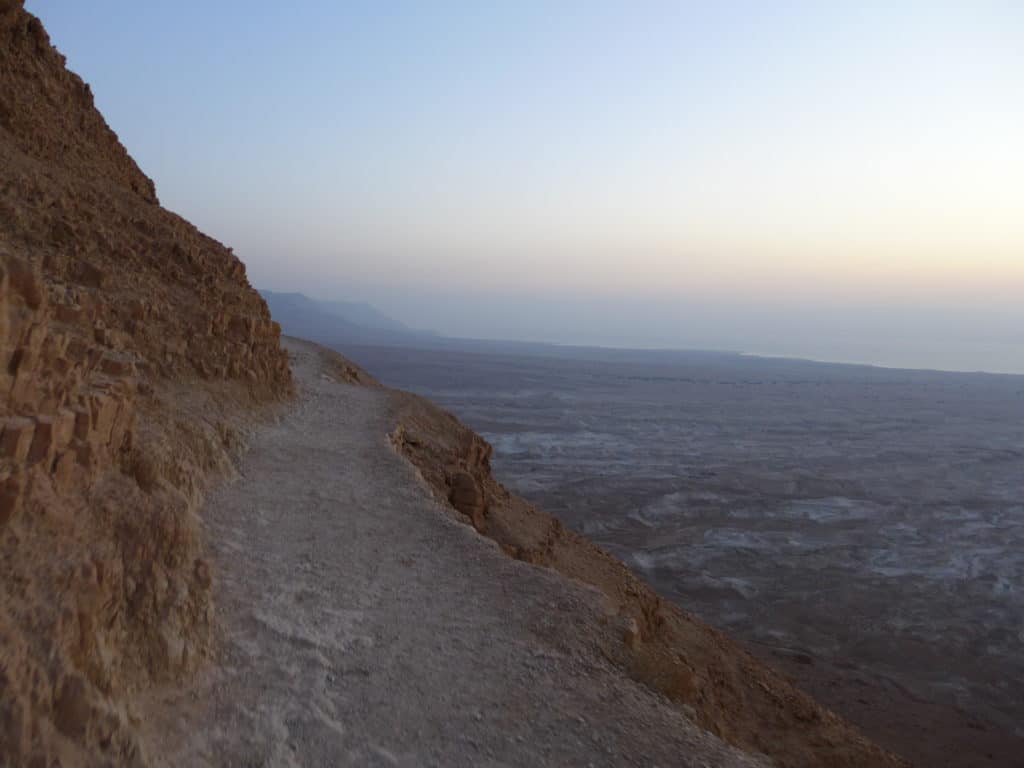 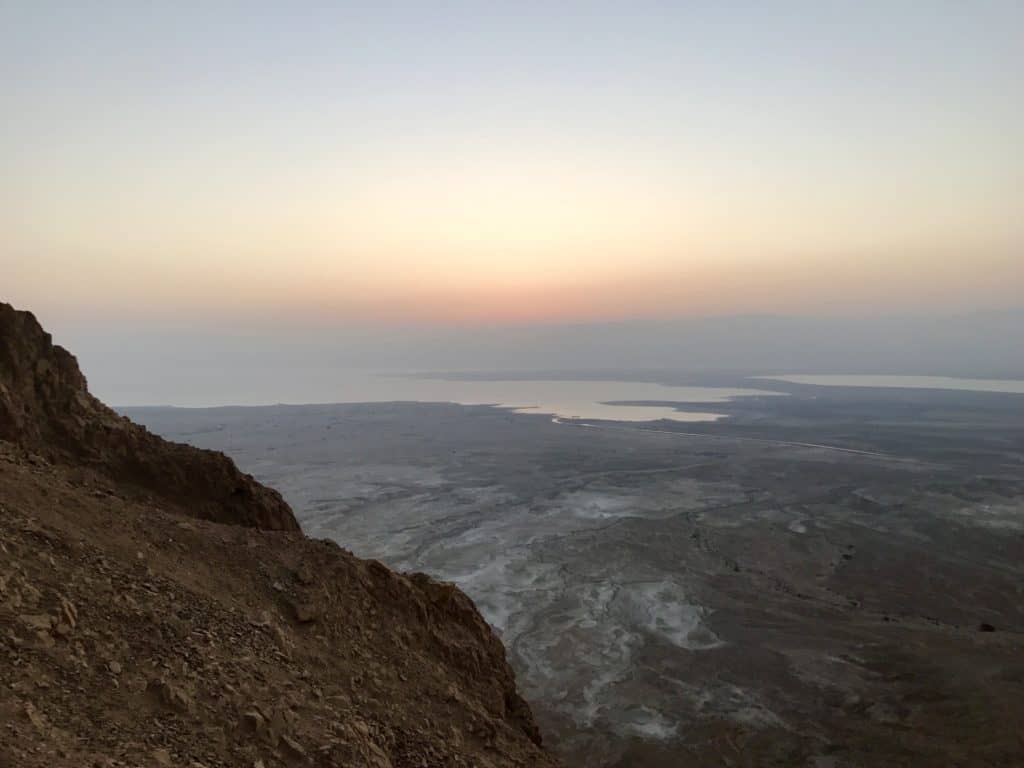 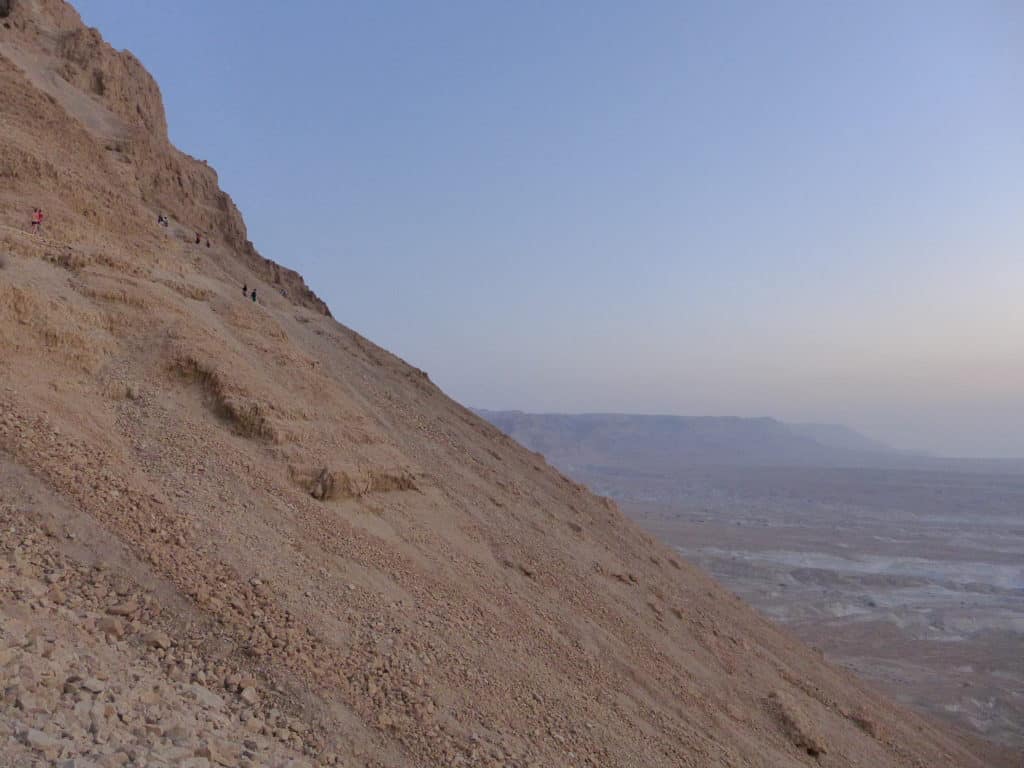 Planning your own Israel & Jordan trip?? Here are deep-dives on where we went!

What to Do With 24 Hours in Jerusalem

Is the Sunrise Masada, En Gedi, & Dead Sea Tour Worth It?

The light kept changing as the sun relentlessly crept over the horizon, highlighting the salt and mineral deposits from the Dead Sea and glinting off the water.  I had to stop every few minutes to snap a picture (and let’s be honest, to catch my breath), but I was cognizant of the fact that I was literally racing the sunrise. 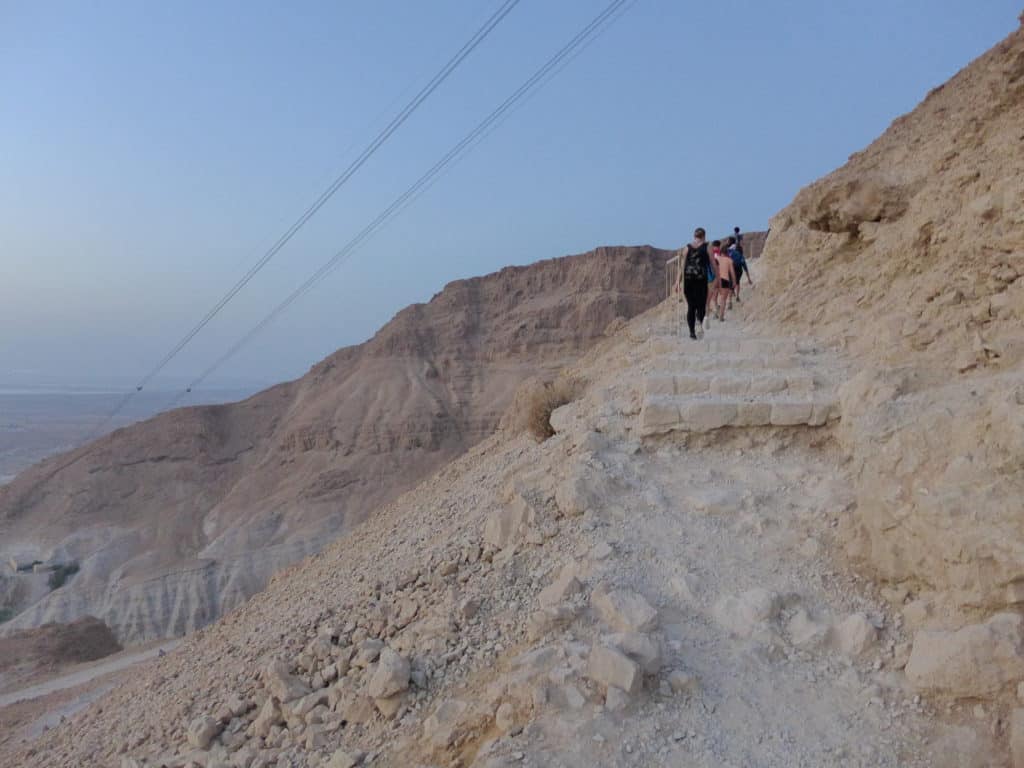 When I finally plateaued at the top, my heart was thumping, my face was glowing red, and I was pouring sweat.  That hike is NOT messing around.  A group of Israeli soldiers had beat us to the top, running up the path for some early-morning training exercises. 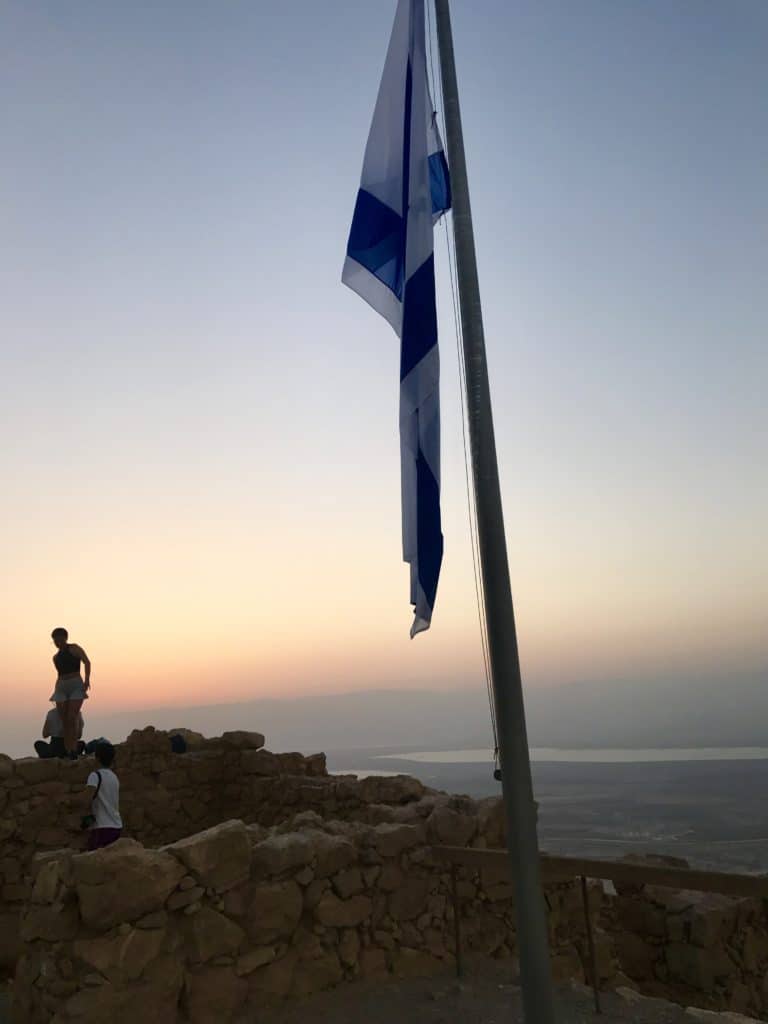 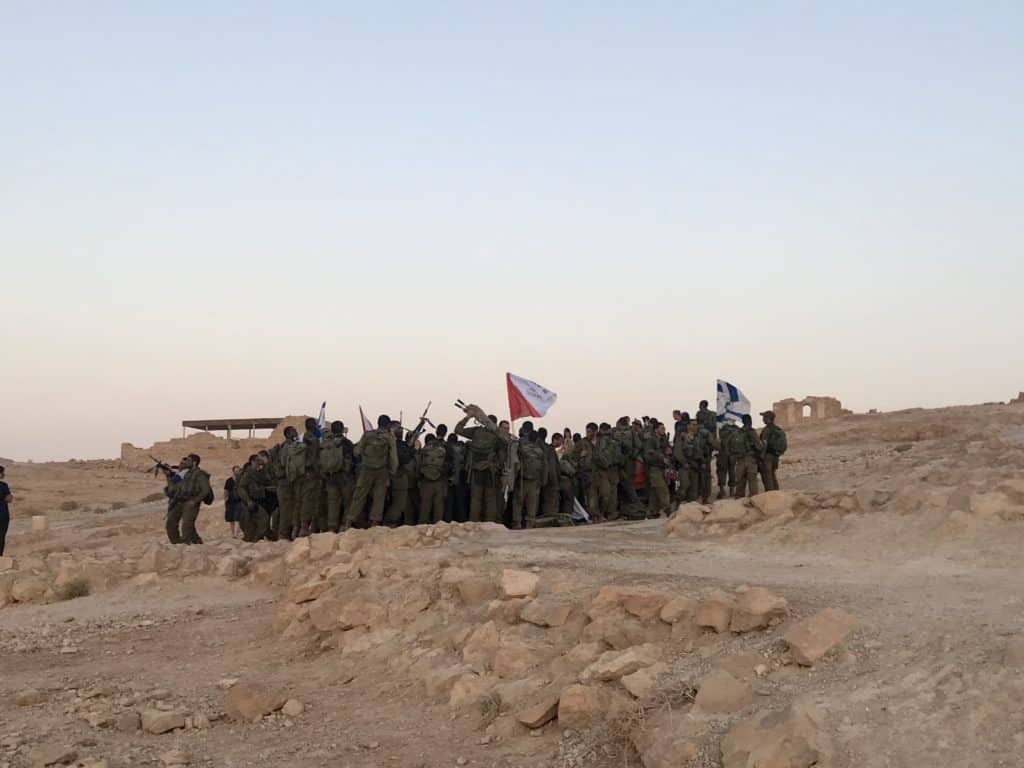 But I had made it in time and quickly grabbed a seat on the edge of the fortress.  And then I just watched… 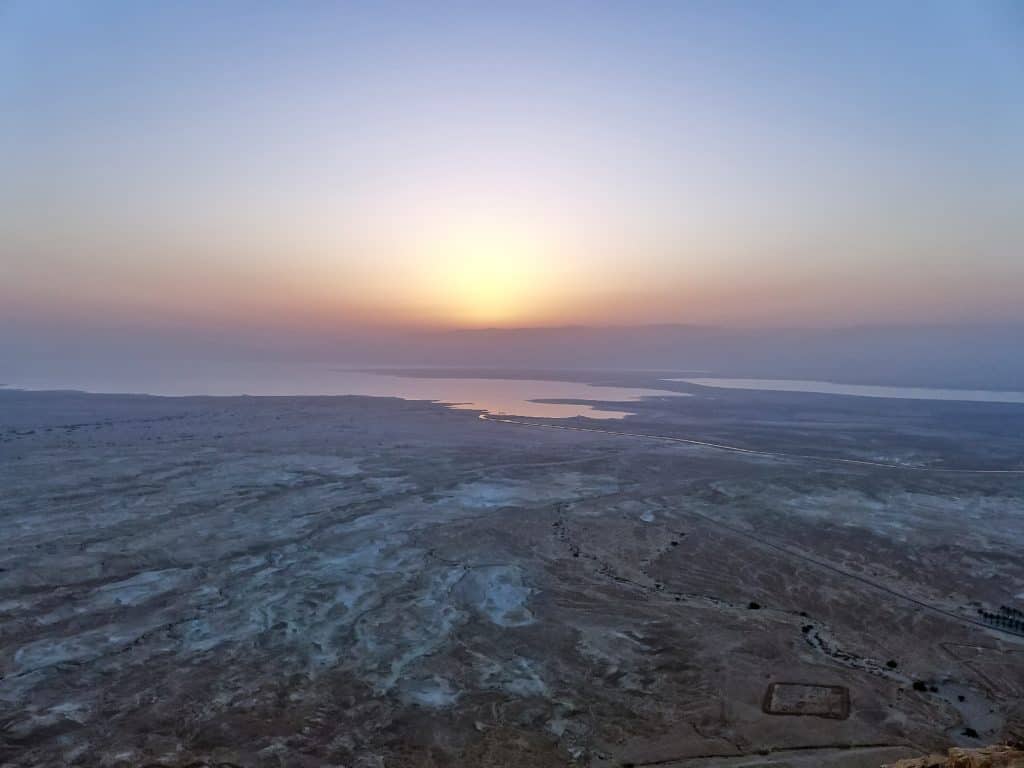 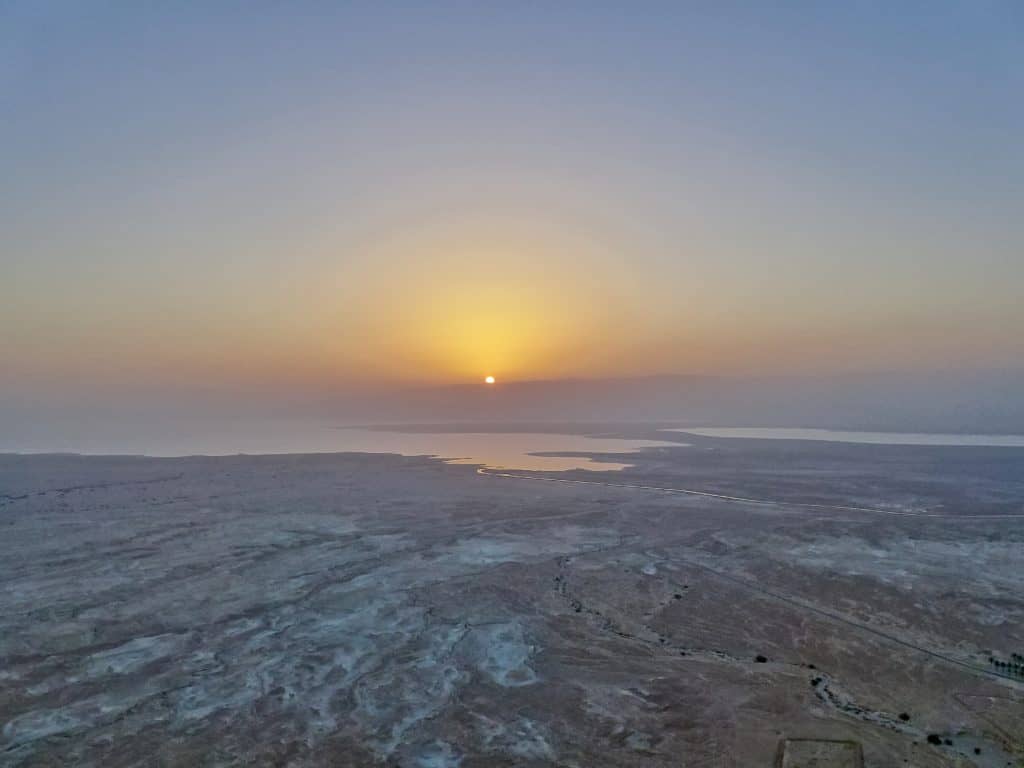 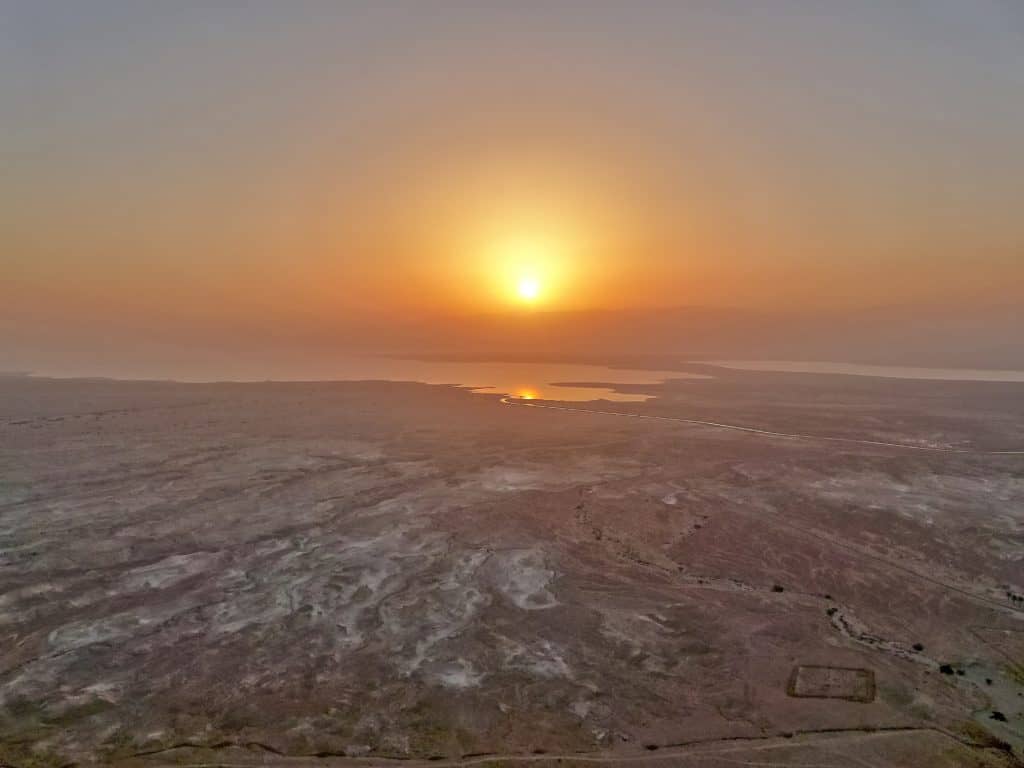 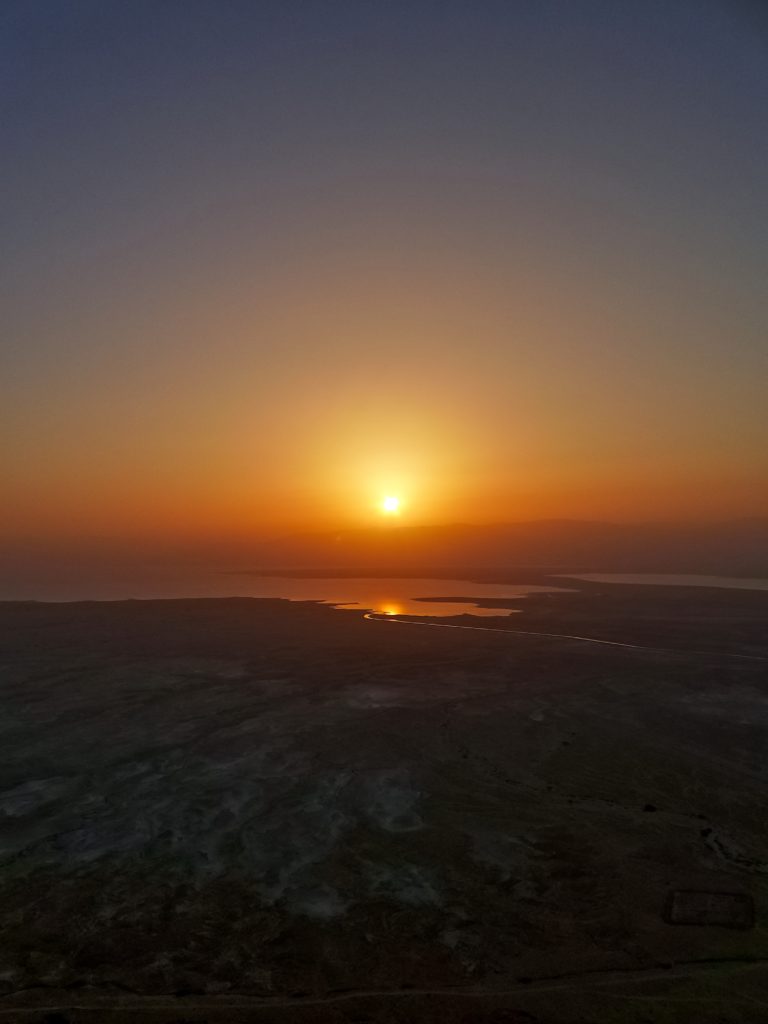 It was one of those times in life that I wanted to make sure that I was completely present in the moment, and commit it to memory (not just photo card memory). 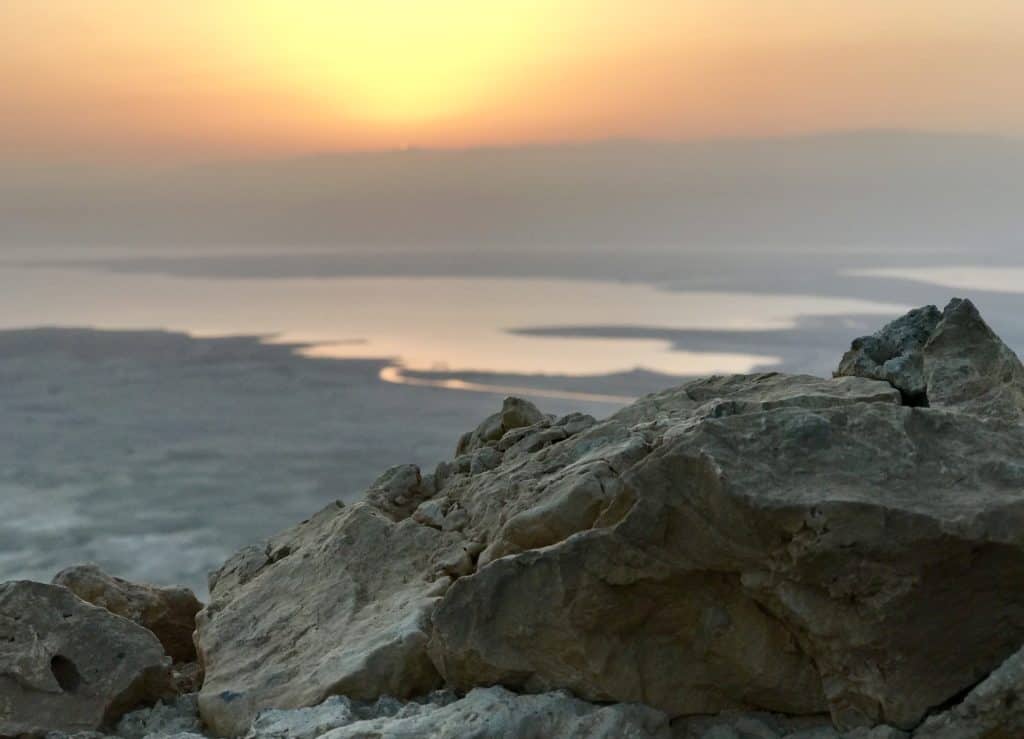 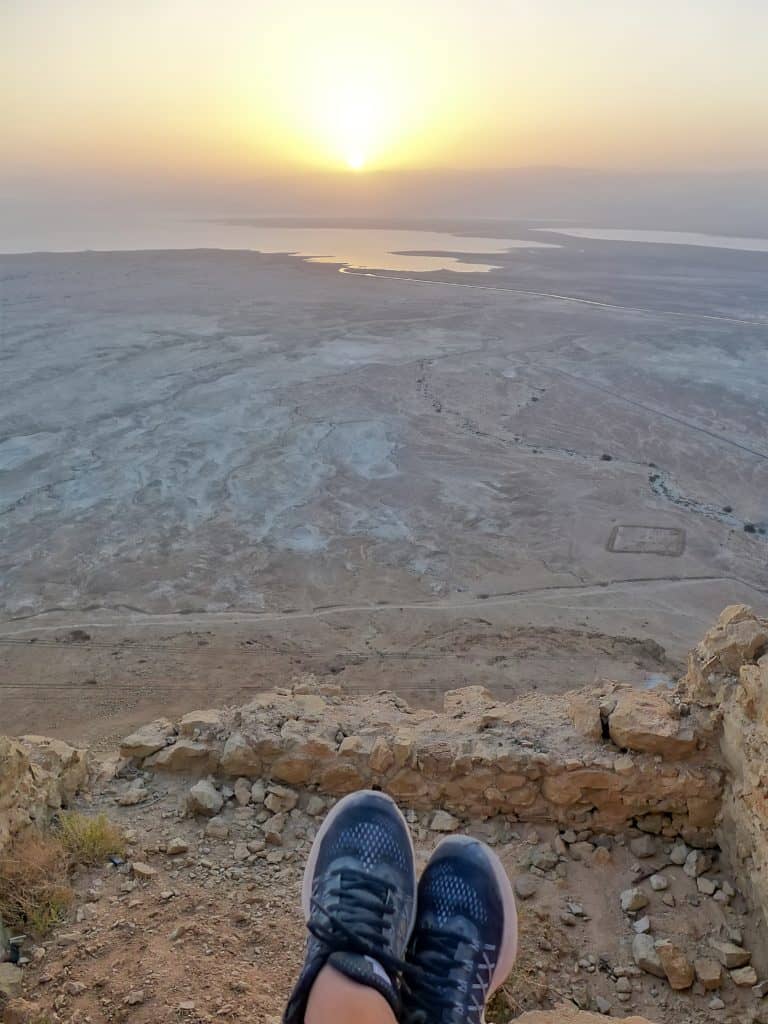 My dad snuck up behind me and got a couple pics.  I am literally a woman on the edge.  You can see how the light kept changing, morphing from purples to pinks to oranges and yellows.  I guzzled water and dug out the feta-stuffed pastry I’d bought in the Mahane Yehuda market in Jerusalem…after that hike, I was STARVING. 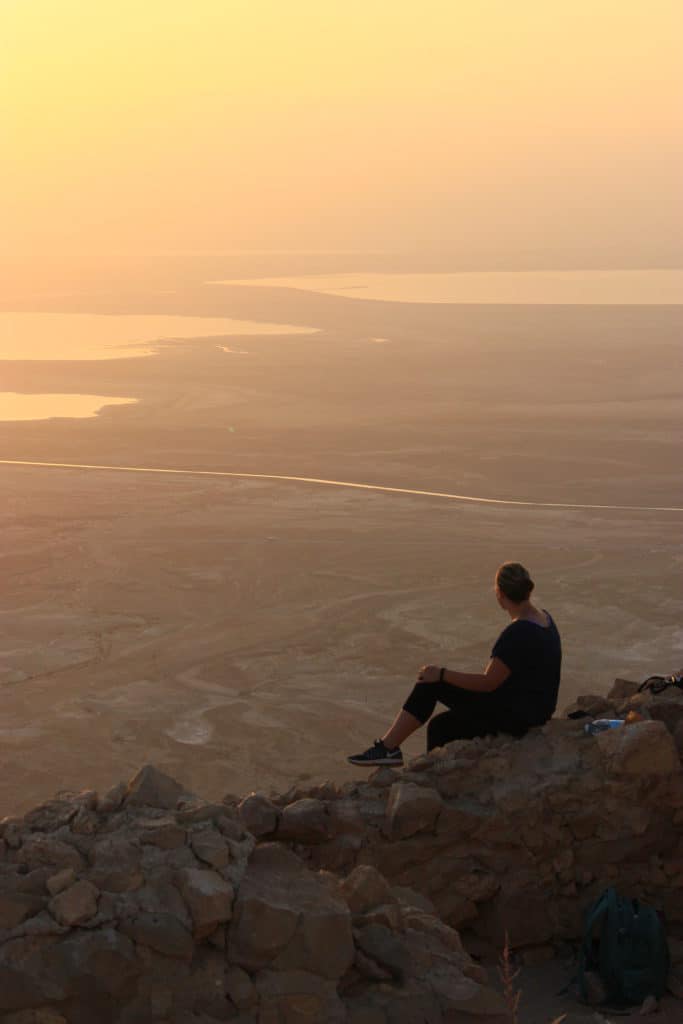 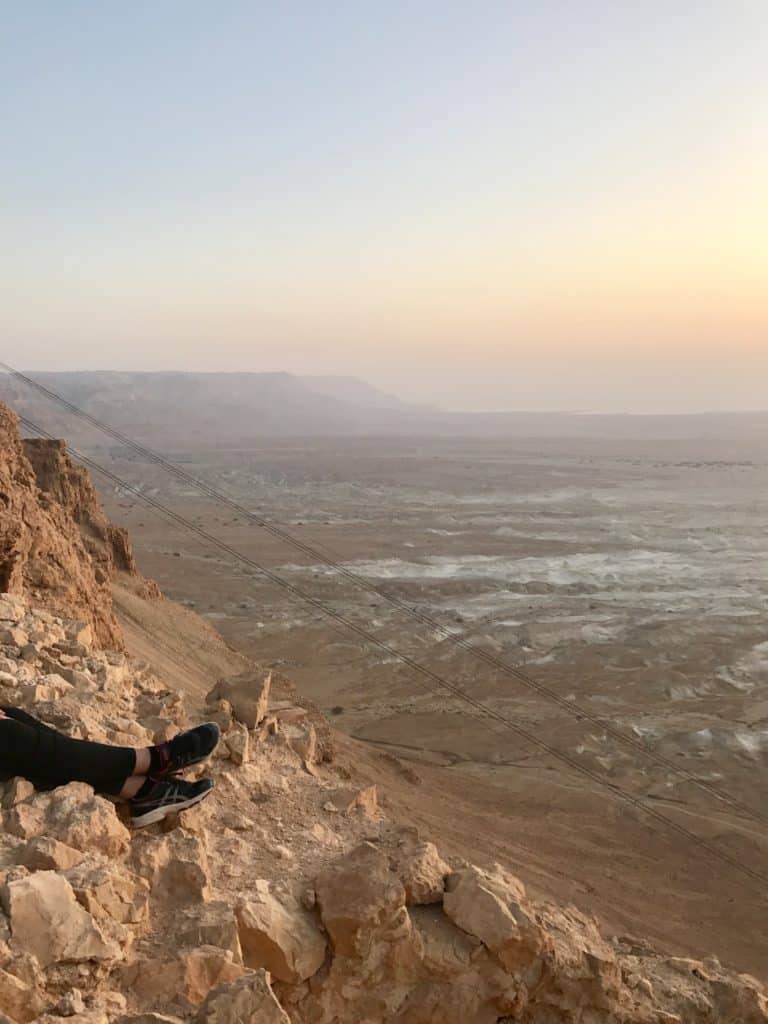 I sat there thinking about the fact that I was watching the sun rise over the Dead Sea from an ancient fortress, like people have for thousands of years. 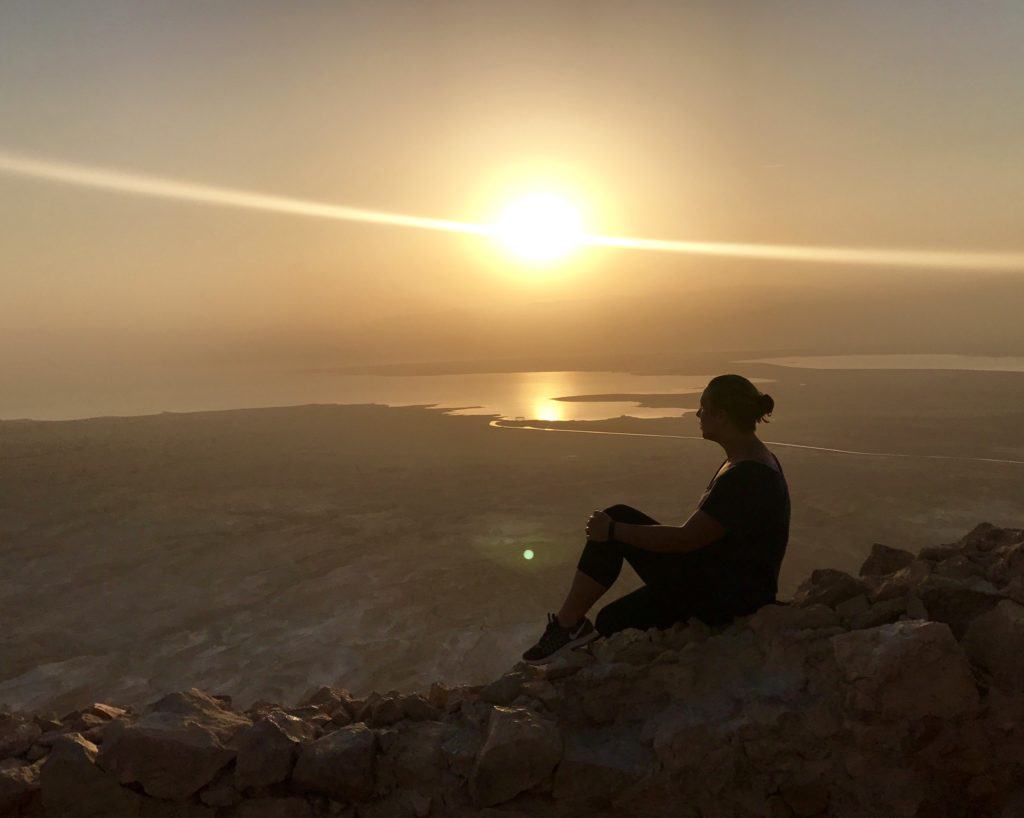 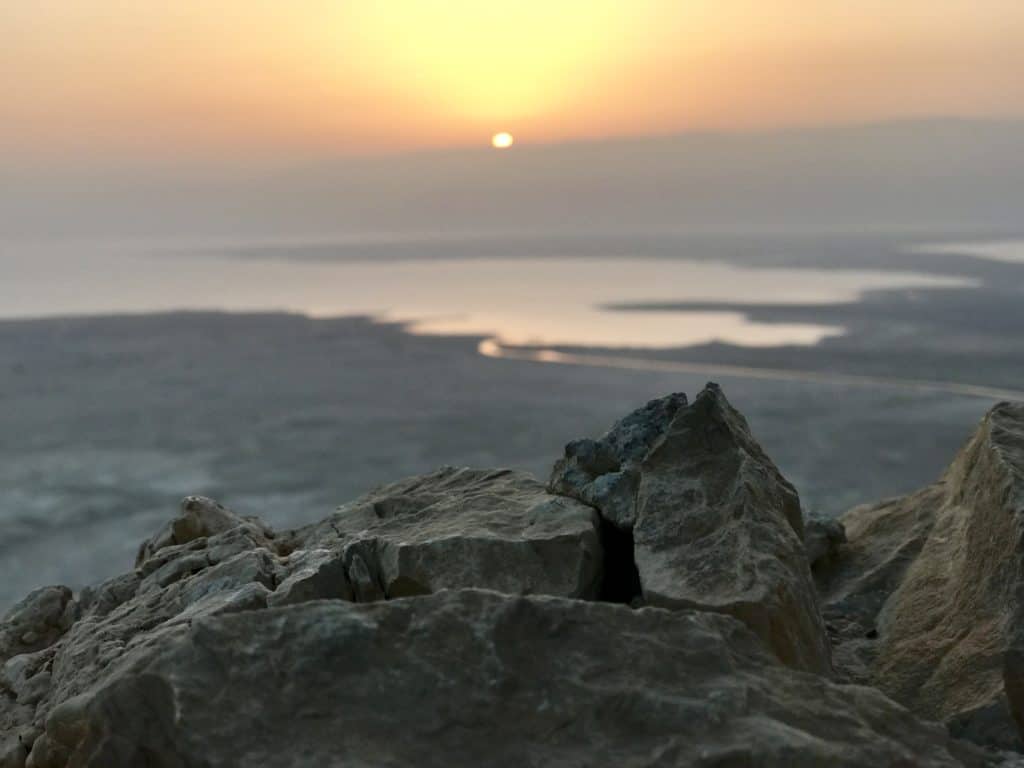 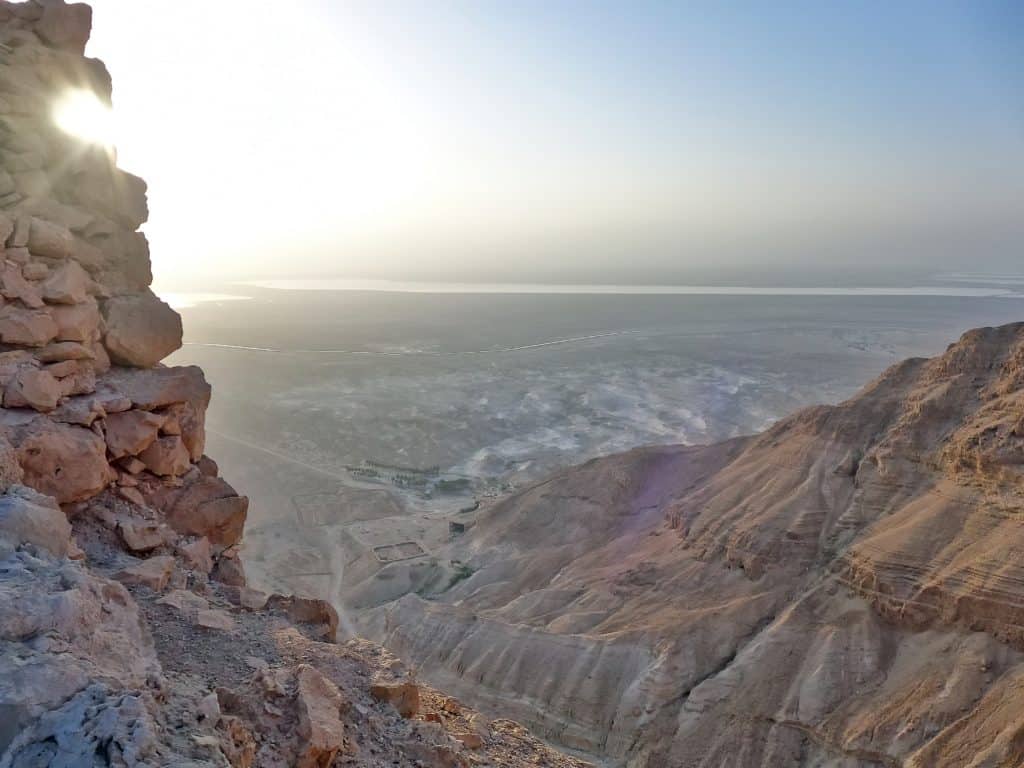 I finally convinced myself to stop staring at the sunrise and began quickly exploring the ruins of Masada.  I know I didn’t remotely do it justice since I was short on time…you could spend a few hours going through everything. 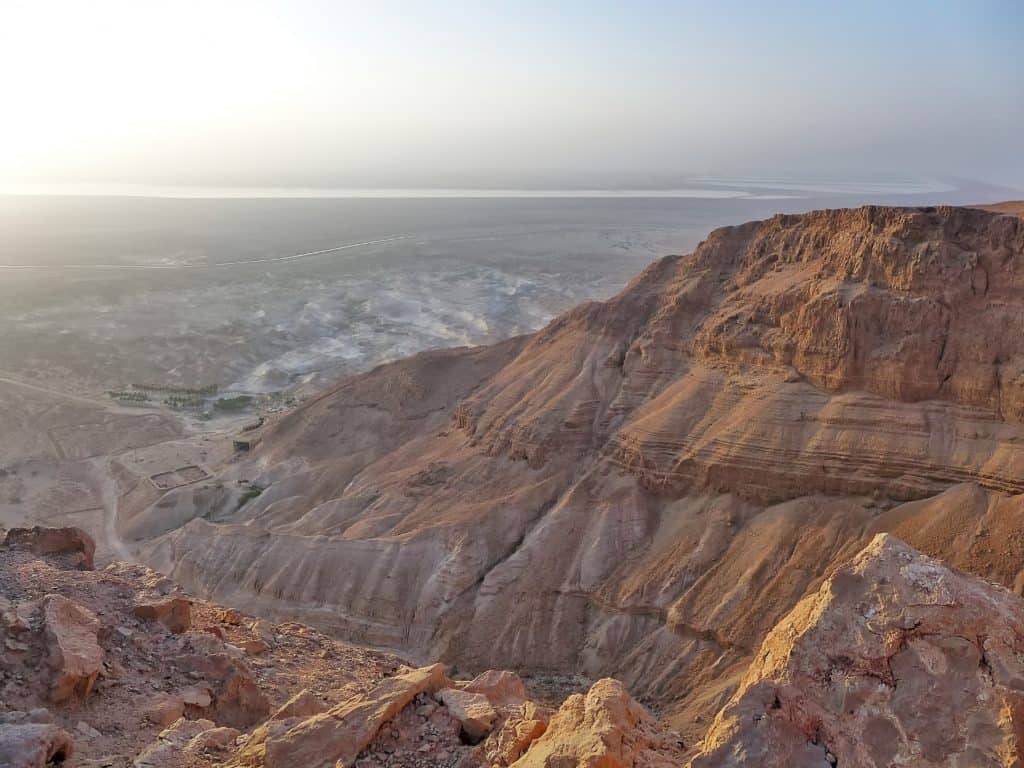 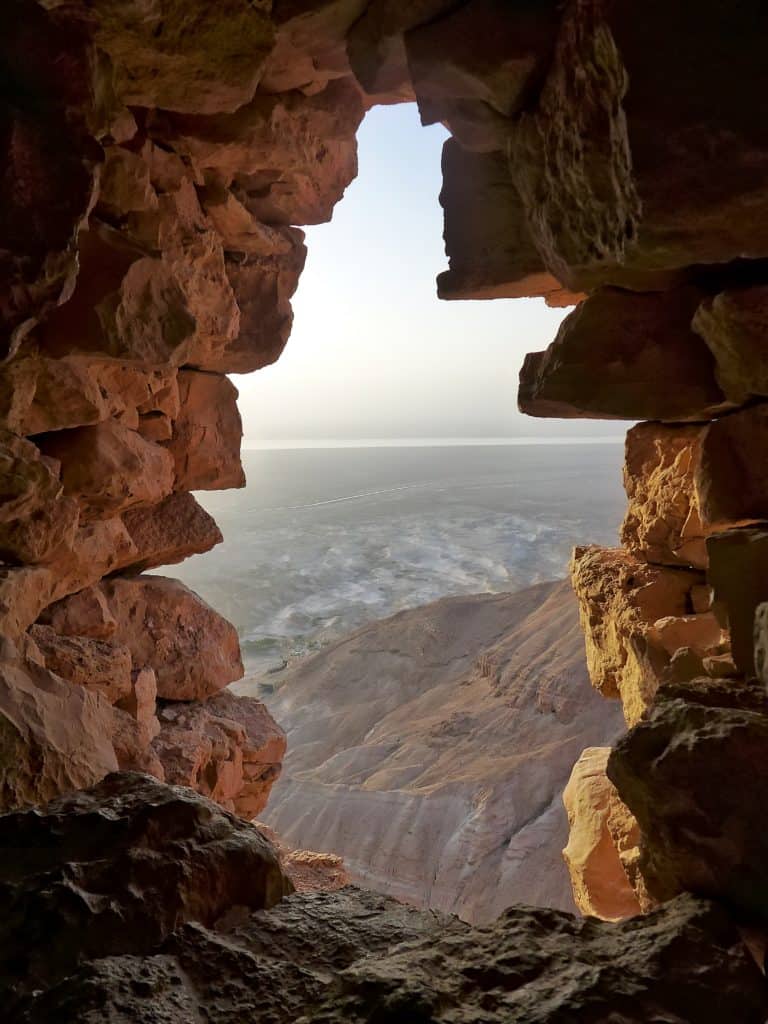 Masada is a very meaningful site to the Jewish people.  At the end of the First Jewish-Roman War in 73-74 AD, the Romans lay siege to the fortress, where almost 1,000 rebels (including families) had taken refuge and were holding them off.

This was the last holdout in the war, and the siege ended with the Sicarii Jewish rebels committing mass suicide rather than be taken prisoner.

The Romans built a new ramp up to the fortress (which still exists) using Jewish slave labor, and the rebels in Masada refused to attack and kill their fellow countrymen, even knowing that it was ultimately dooming themselves.  You can read more about the siege here if you’re interested. 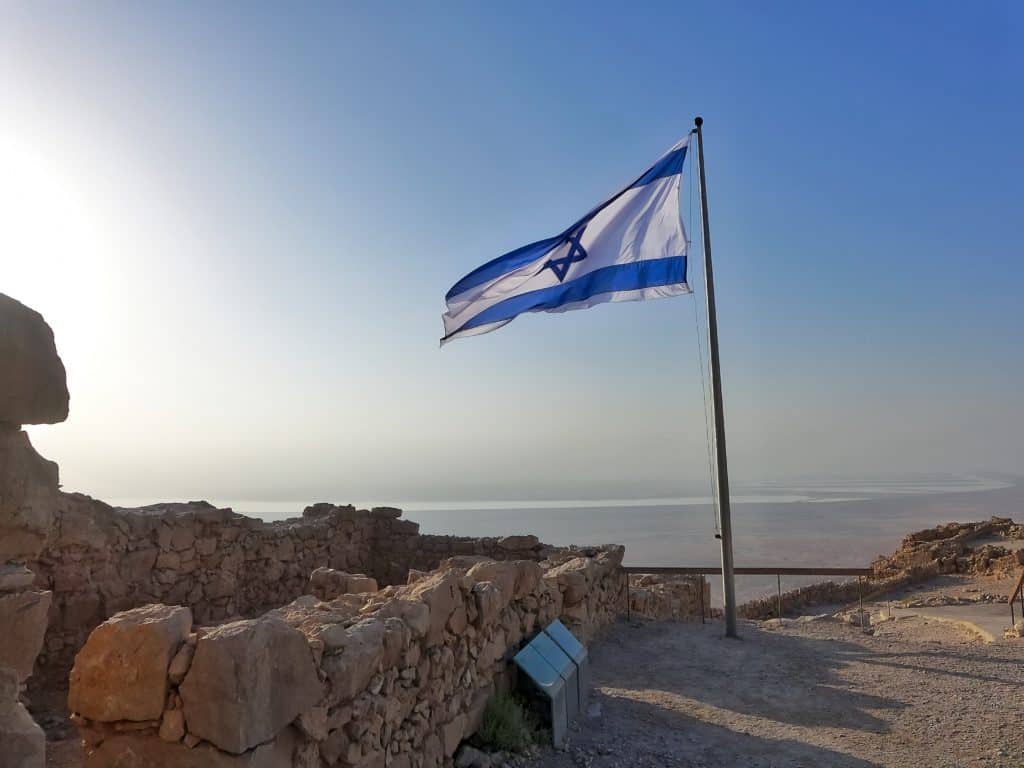 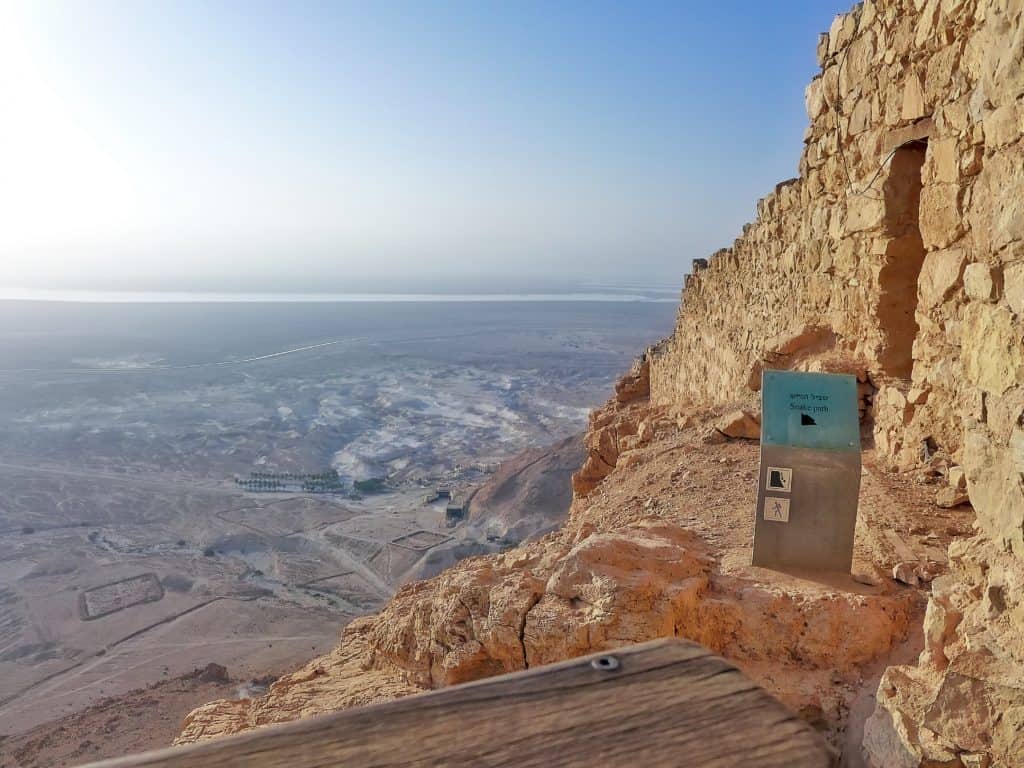 Knowing when I needed to meet up with the tour group back in the parking lot, I had to book it back down the Snake Path.  This was obviously easier than the climb, but the downhill/downstairs hurt my ankle even more.  When I got down, I looked back at the hill to see just how far I’d come.

Some people were just starting up the path, and I did not envy them the heat they were going to endure on that hike.  If it were me, I’d do the cable car at that point! 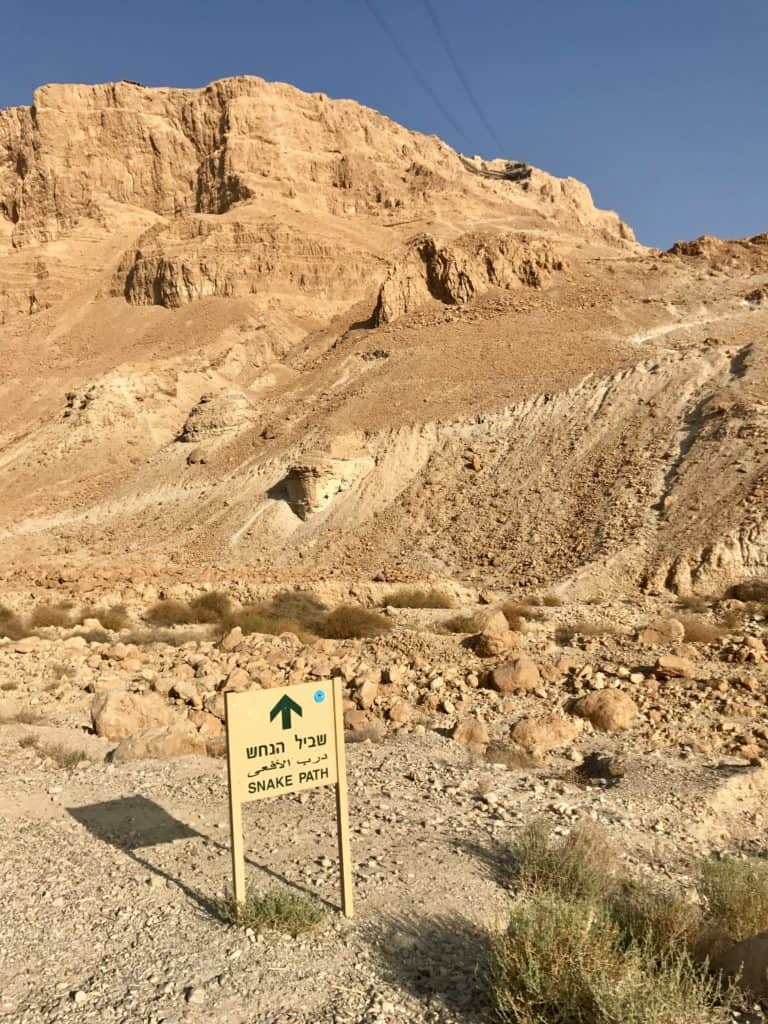 If you’re considering this tour, I’ve written more about the pros and cons of this specific tour—which covers the sunrise Masada hike, En Gedi, and the Dead Sea.

How to hike Masada at sunrise

What is the coolest sunrise experience you’ve ever had??  Let me know in the comments! 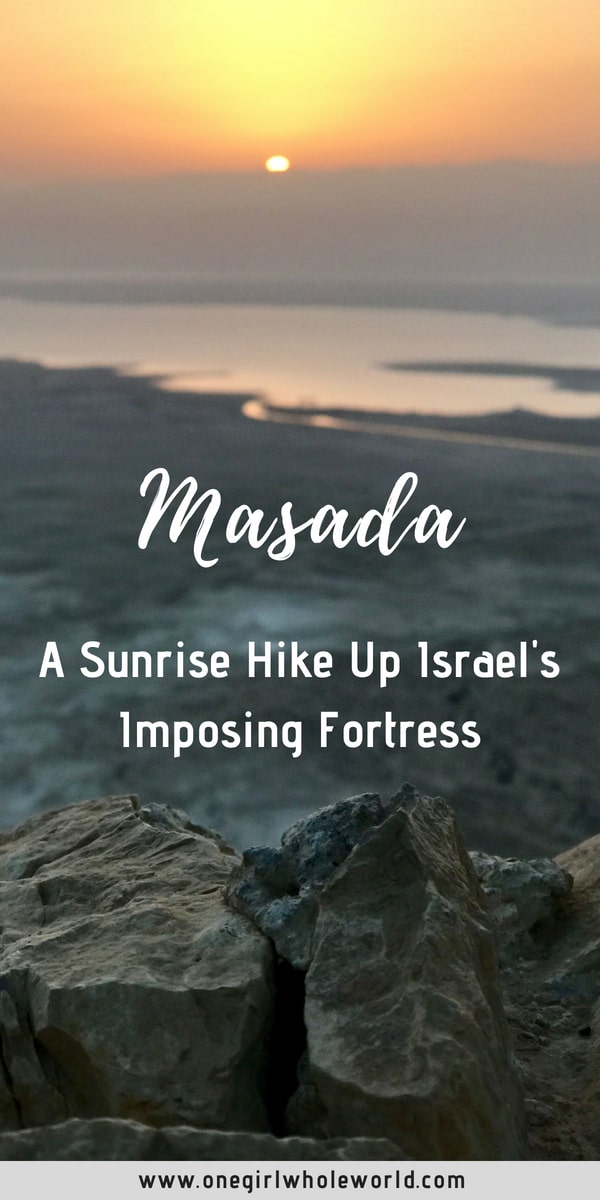 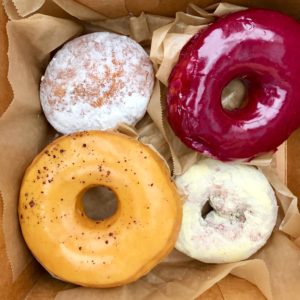 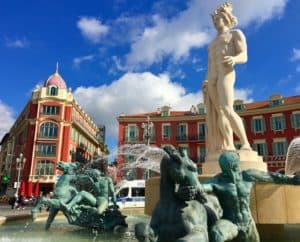