The Medieval Charms of Kilkenny, Ireland 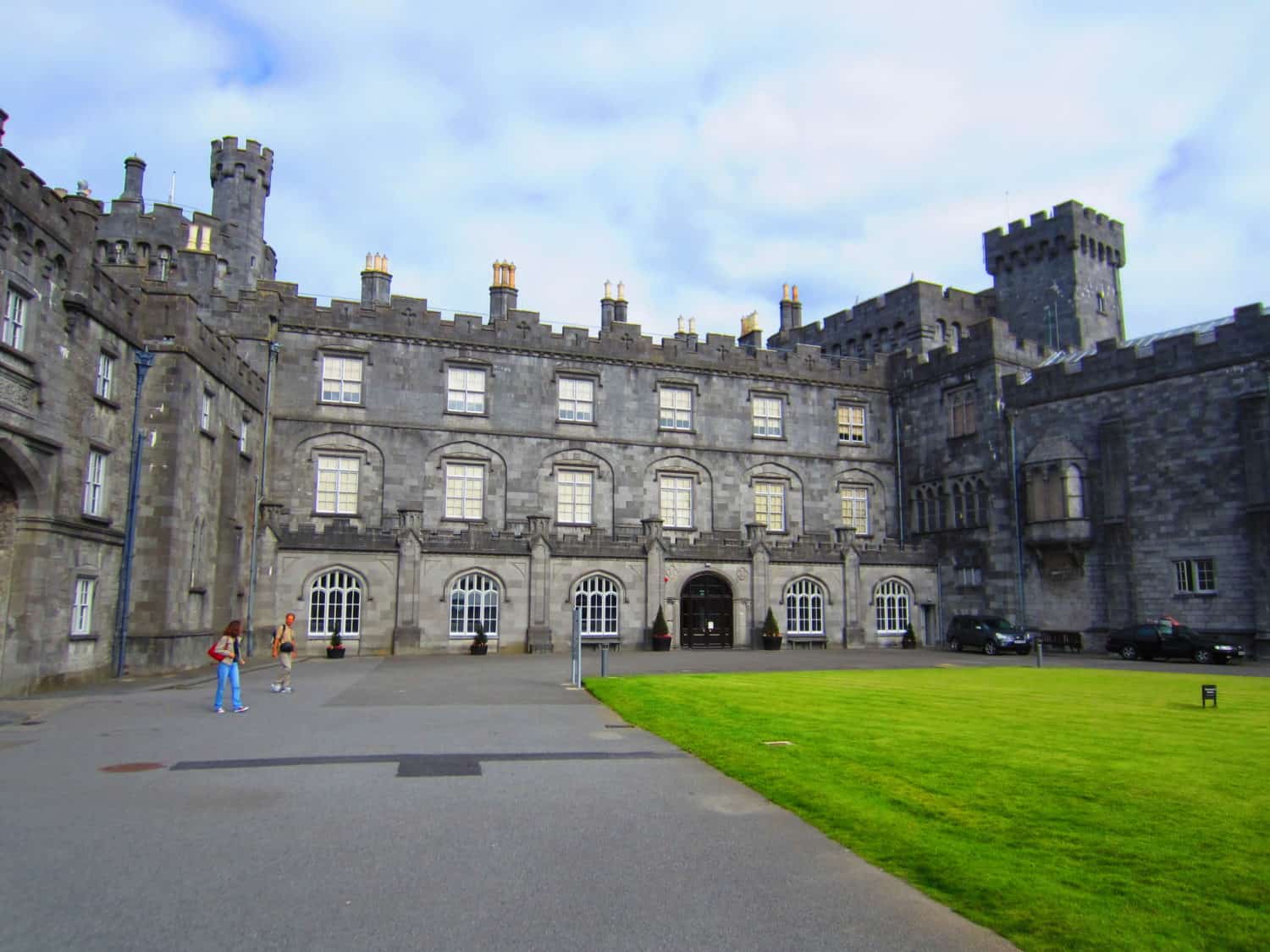 A few years ago, my parents and I took what is still probably our favorite trip together, a seven-day roadtrip through the Republic of Ireland.  The combination of breathtaking scenery, delicious pub food, beautiful weather, cute B&Bs, and super welcoming local folks made it a nearly perfect trip.

We flew into Dublin and ended back up there at the end of the week, making a big loop.  Our first stop straight from the airport was Kilkenny, in County Kilkenny.  It’s a small medieval town (about 25,000 people) with a ton of religious history and came to prominence during the Norman occupation.  While it’s small, there are many things to do in Kilkenny and I’d recommend it be included in any Irish roadtrip itinerary. 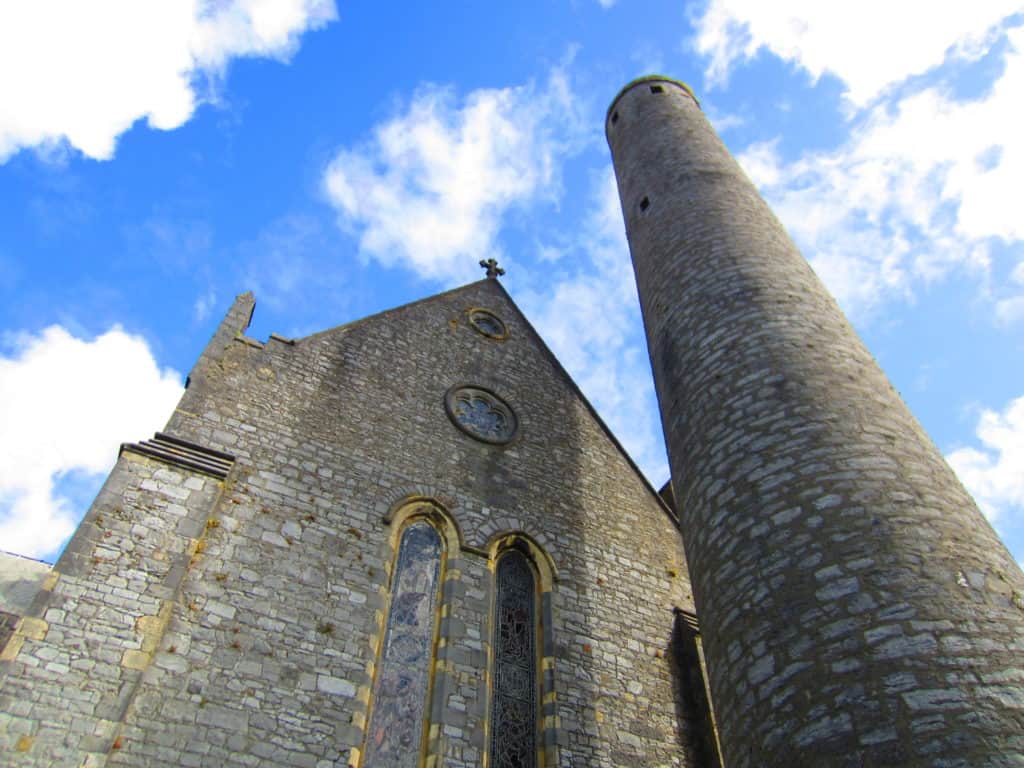 After a three-hour fiasco in the Dublin airport trying to get our rental car (and them trying to charge us extra, not accepting our insurance waiver, and all kinds of things), we finally hit the road and headed toward Kilkenny.  It’s an easy drive, could easily be done as a day trip from Dublin.  But Kilkenny is so great that I think it deserves an overnight as well.

When we arrived in Kilkenny, we checked into our B&B, Rosquil House.  I definitely recommend it if you’re in town!  Phil and Rhoda are so nice and welcoming, and the food was great.

Come along on the rest of our Irish roadtrip!

How to Spend 2 Days in Dublin

Why the Stunning Dingle Peninsula is a Must

We cleaned up and then headed into the city to find a bite to eat.  We ended up at a pub called Langton’s, where I devoured chicken and mushroom pie and a pint of Smithwick’s.  I LOVED the food in Ireland—pub food at its best! 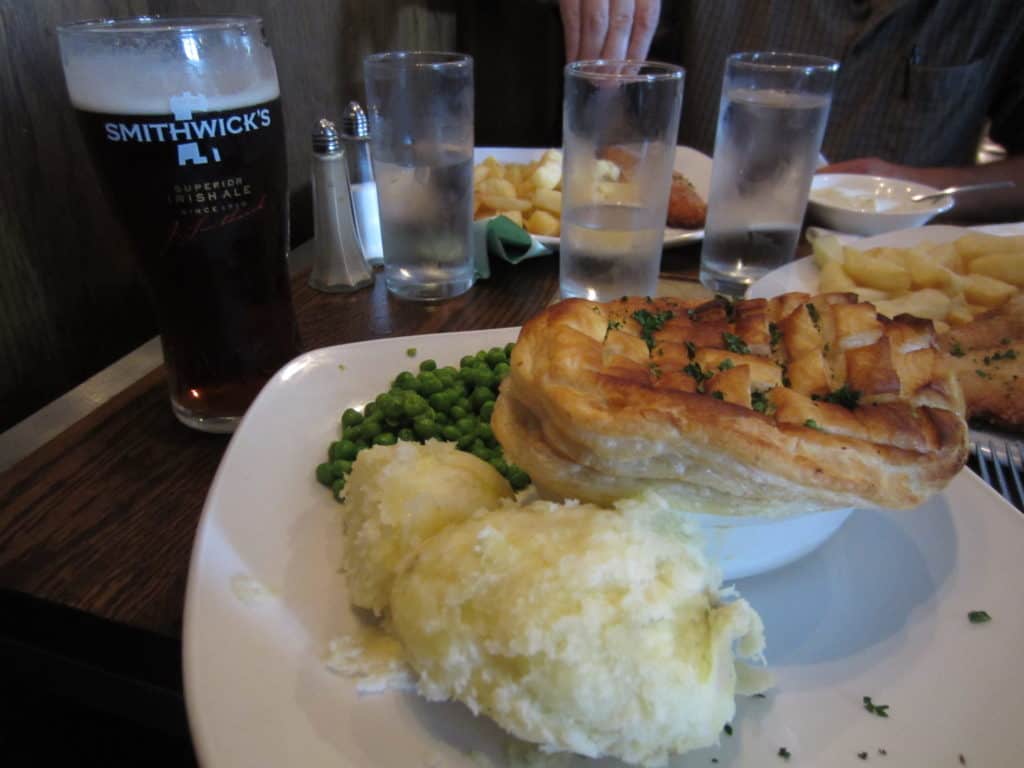 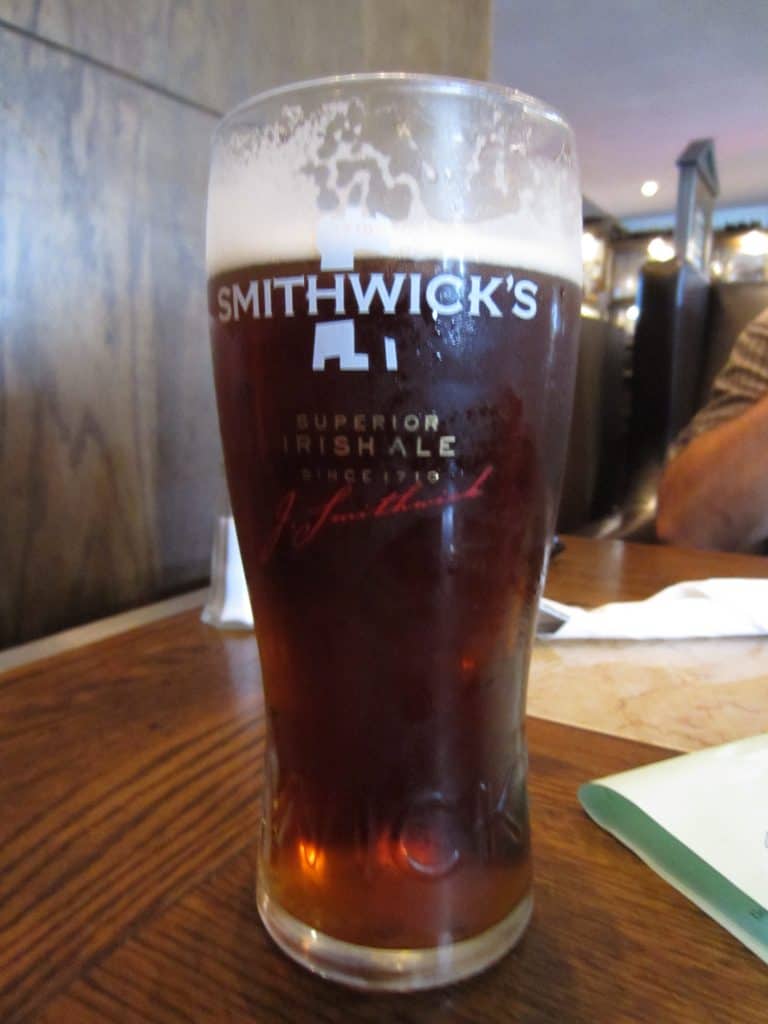 Finally fueled up and getting our second wind, we got back in the car and headed toward Thomastown to explore Jerpoint Abbey.

It’s about an easy half-hour drive through very pretty scenery, including a number of pull-outs where you can stop and see other ruins along the way. 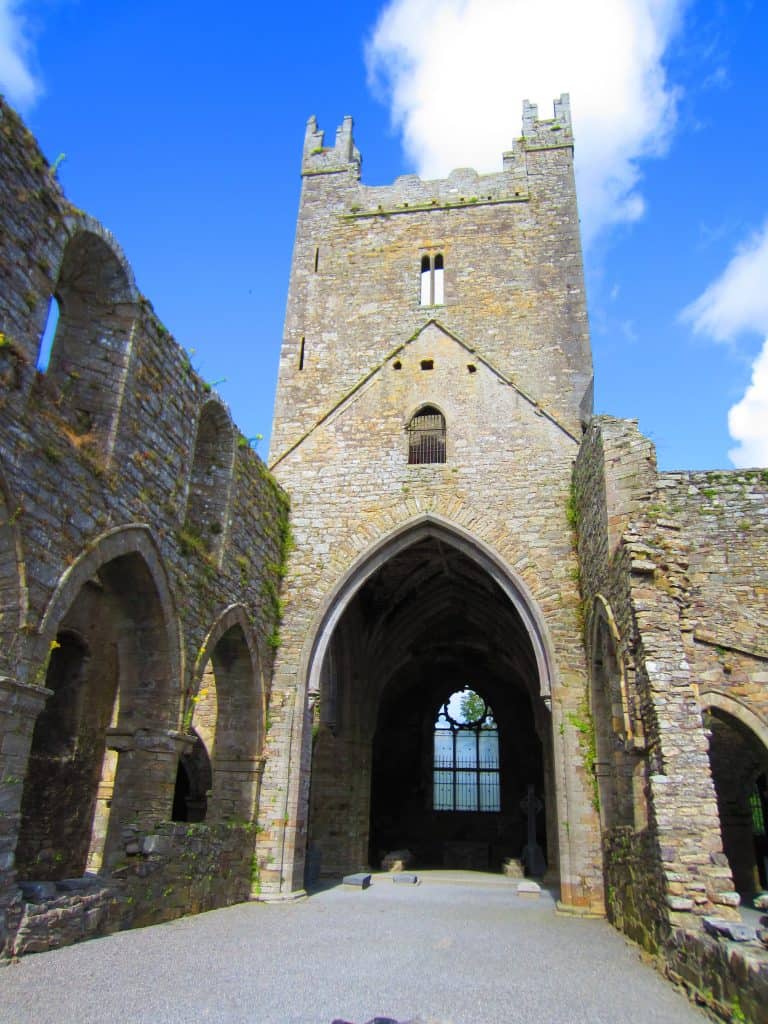 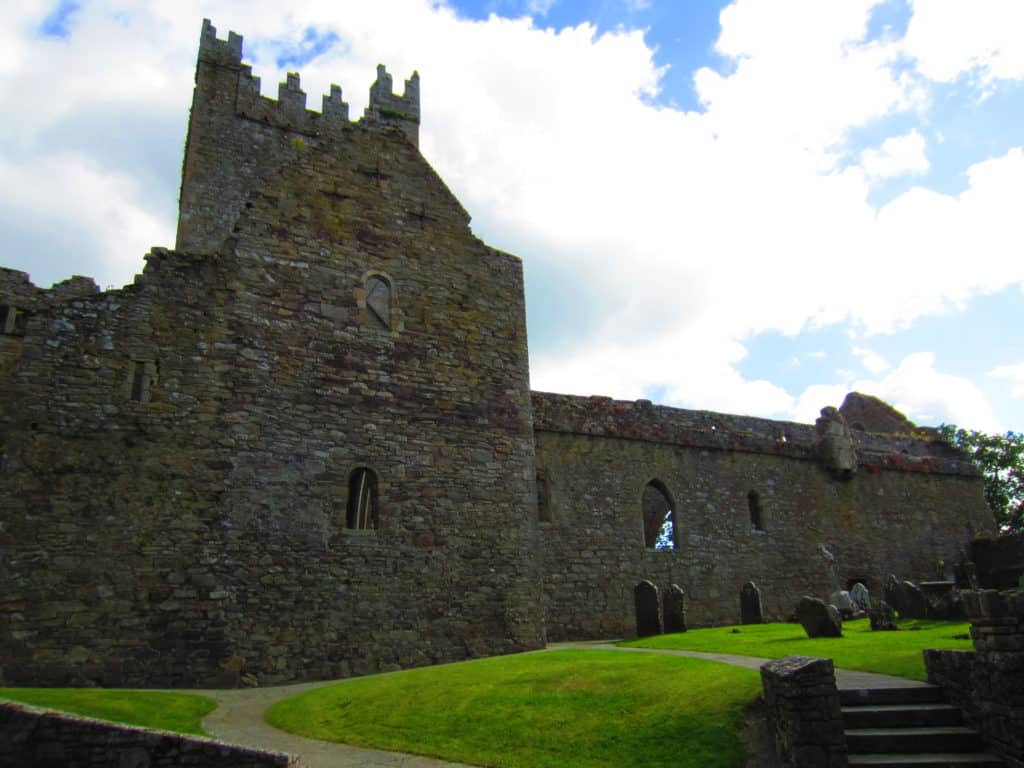 Founded in 1180 (likely on top of a previous Benedictine monastery), the abbey is famous for its stone carvings.  It’s really remarkably preserved in many places for a 12th-century building exposed to the elements—though I suppose they may have restored it, and we enjoyed walking around on a gorgeous day. 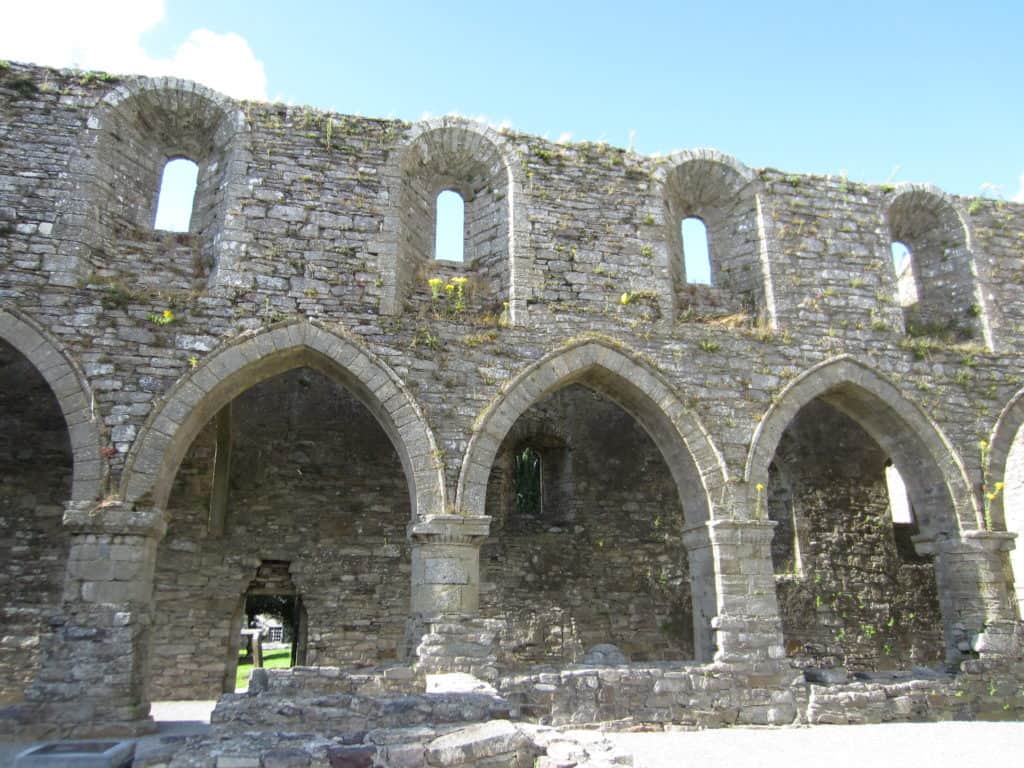 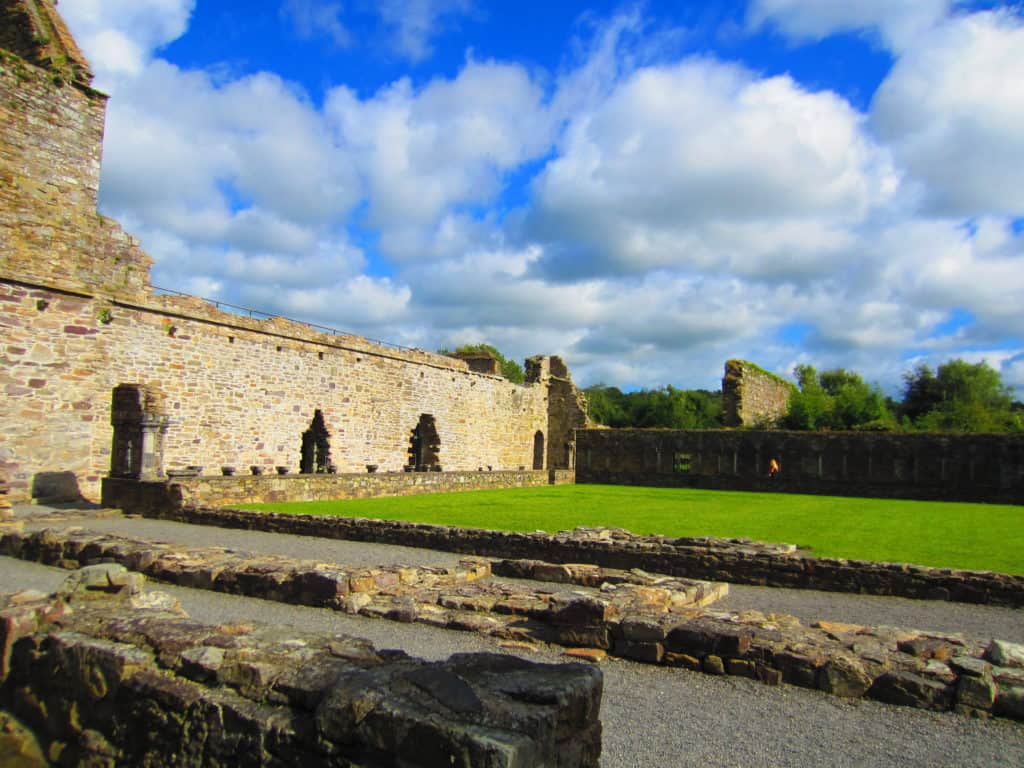 We also drove to Inistioge to walk around a bit…nothing much to do there, just really pretty scenery.  It’s crazy to see all these ancient ruins juxtaposed with modern houses. 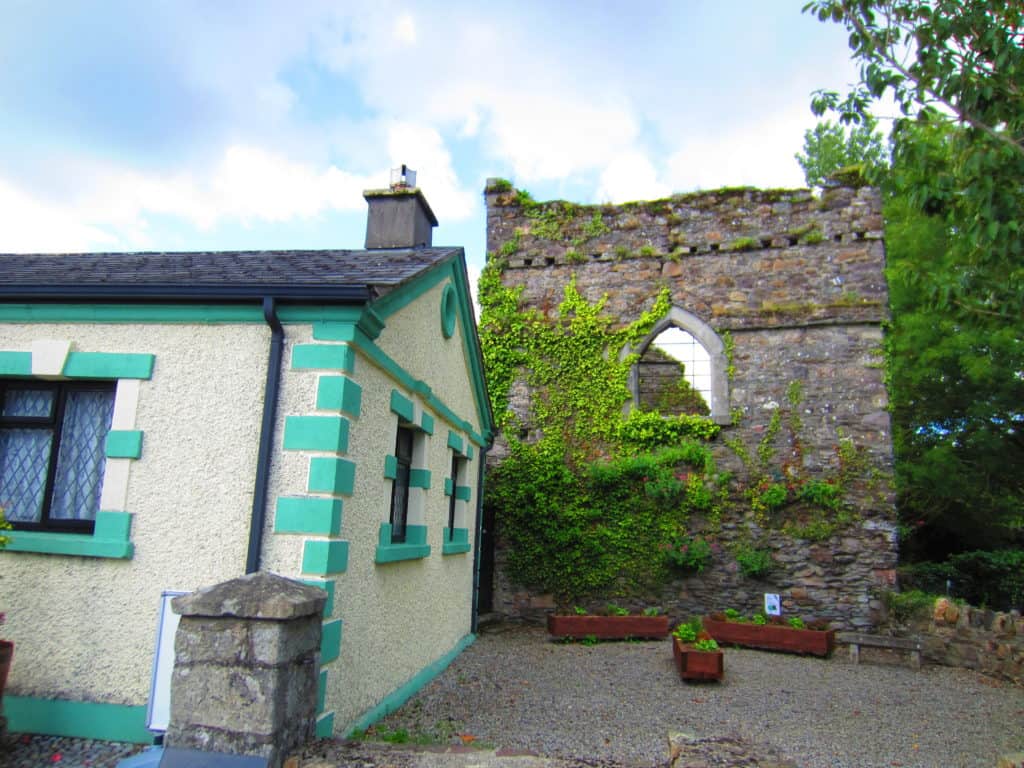 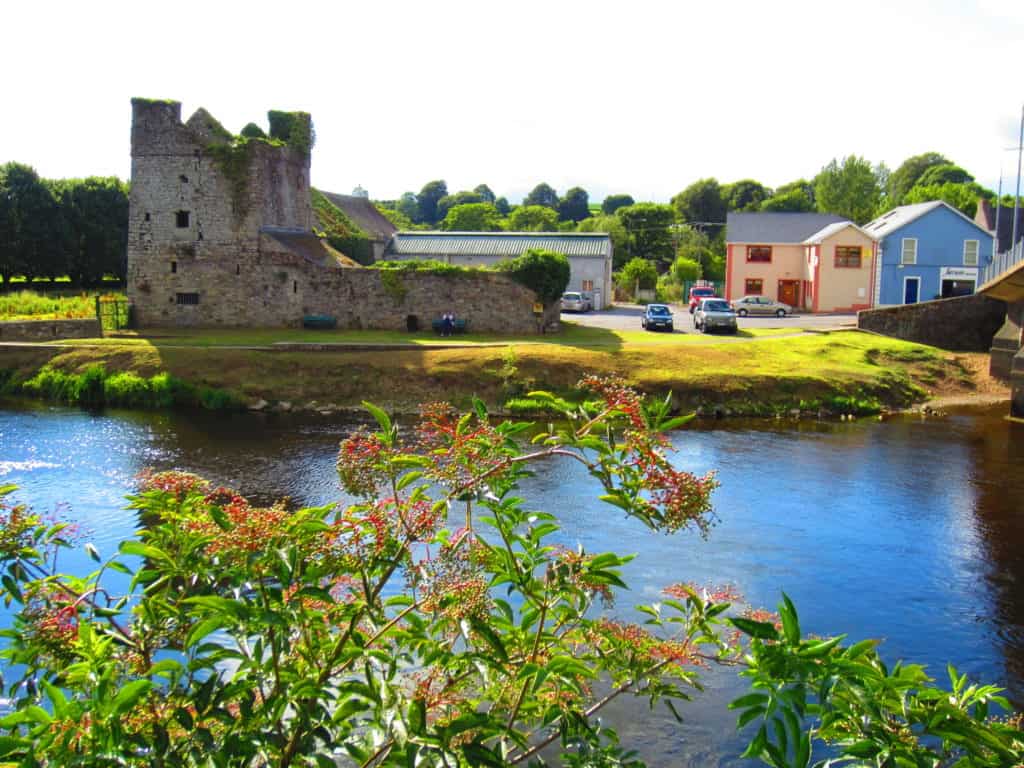 The sun was starting to go down when we got back to Kilkenny, and we wandered around for a bit just to get our bearings.  We weren’t really hungry yet and were starting to fade after a long couple days of travel, so we grabbed a beer and bread pudding and headed to bed early. 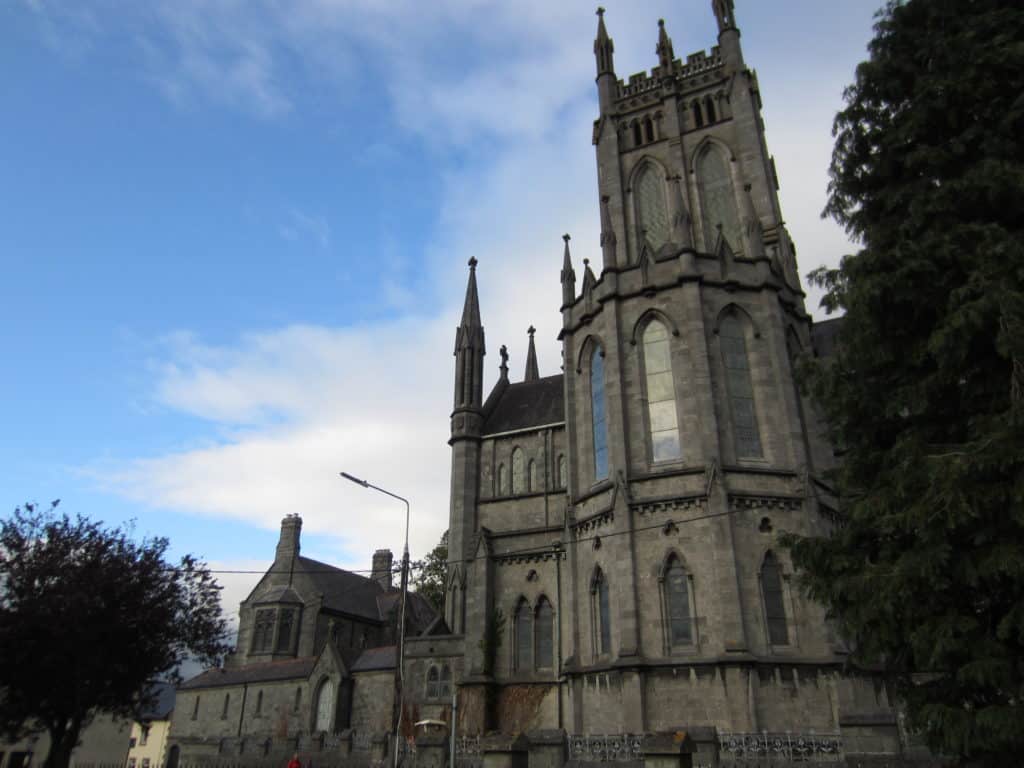 Our morning started at Kilkenny Castle, a 12th-century castle that’s been restored and put in an 1830s setting (I think they mean the landscaping and grounds).  The castle was built in 1195 and was a major part of the town’s defenses, a symbol of Norman occupation. 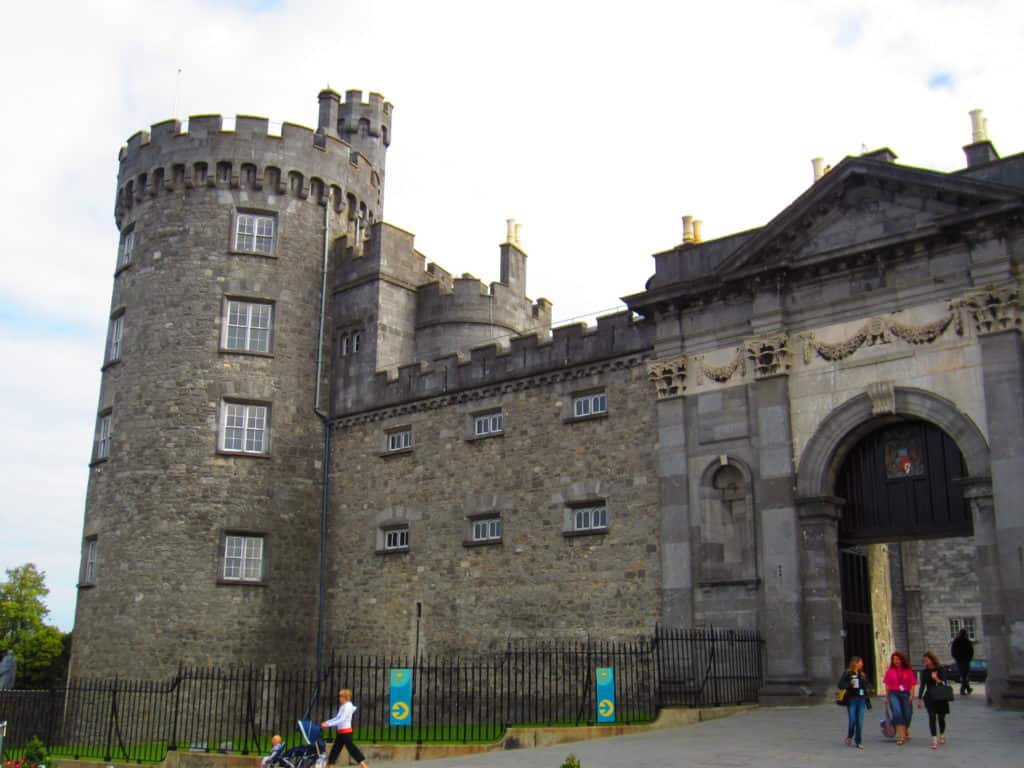 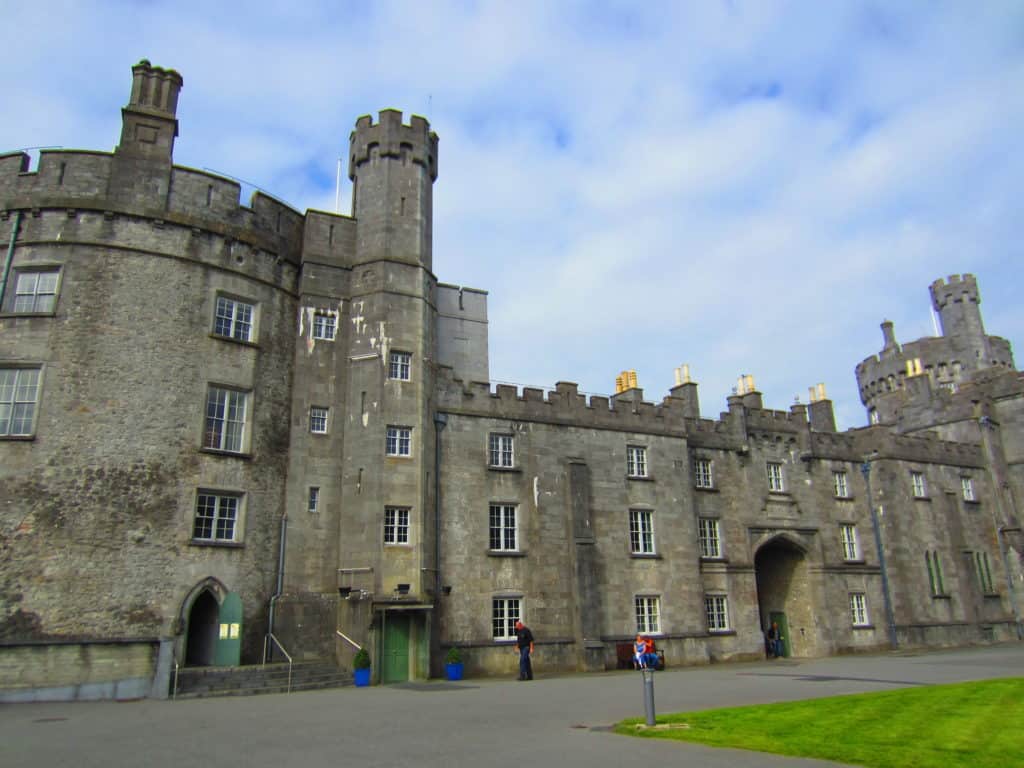 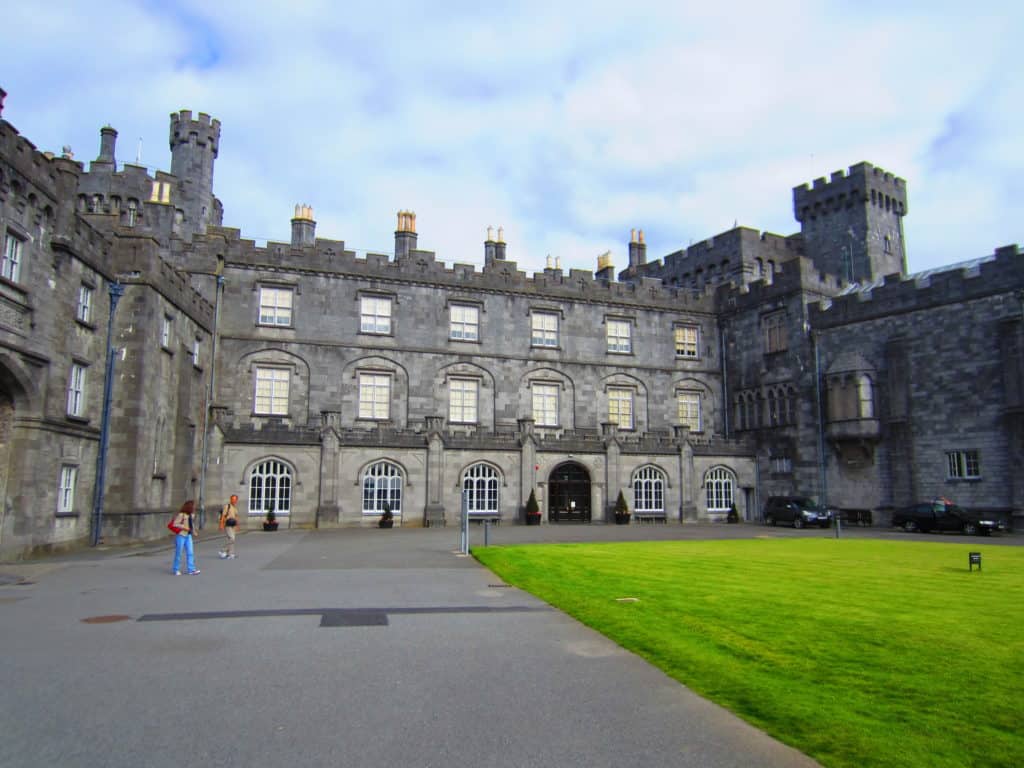 This dad teaching his son hurling was too adorable not to share.  Hurling is a native Gaelic game (a bit similar to the ancient Scottish game shinty), played in Ireland for over 3,000 years.  It’s very fast-paced and physical, and I’d love to find a way to watch it here in the States. 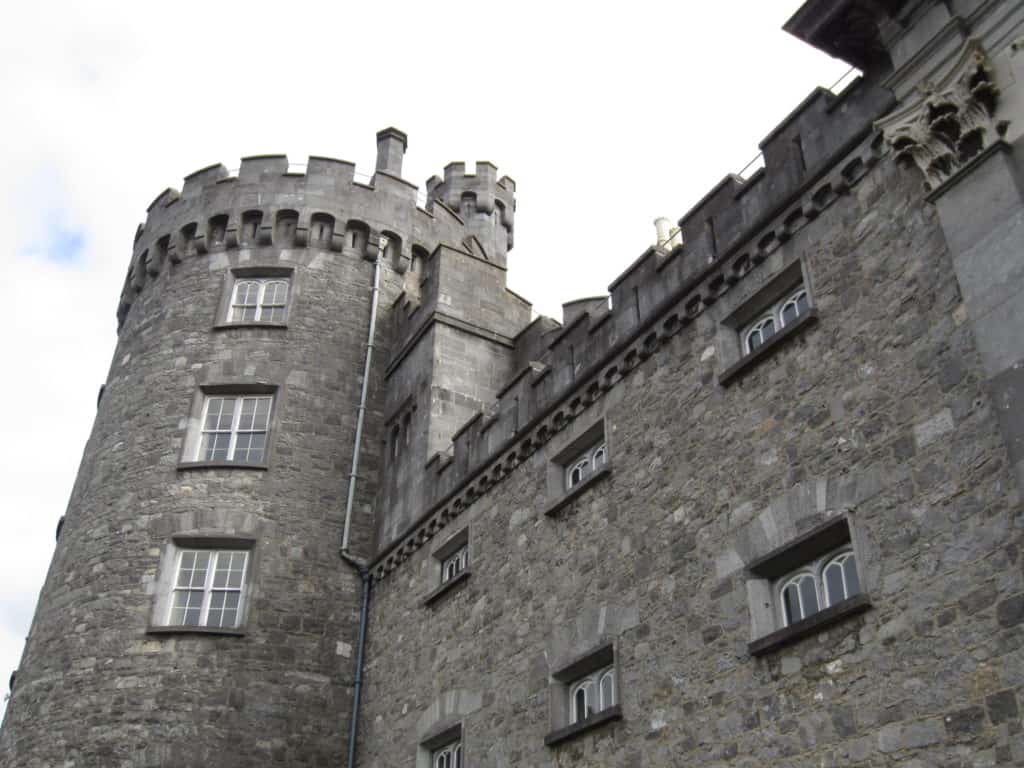 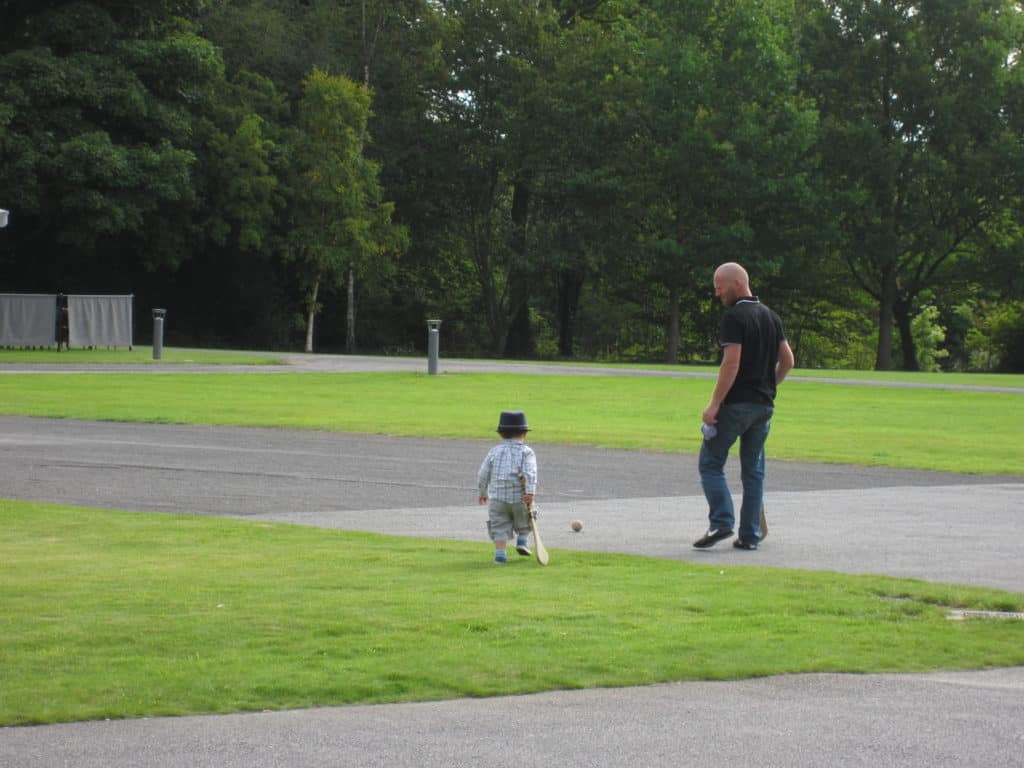 Don’t forget to spend some time just walking around the town.  It’s so clean and colorful, and despite being a bustling little city, quite peaceful as well. 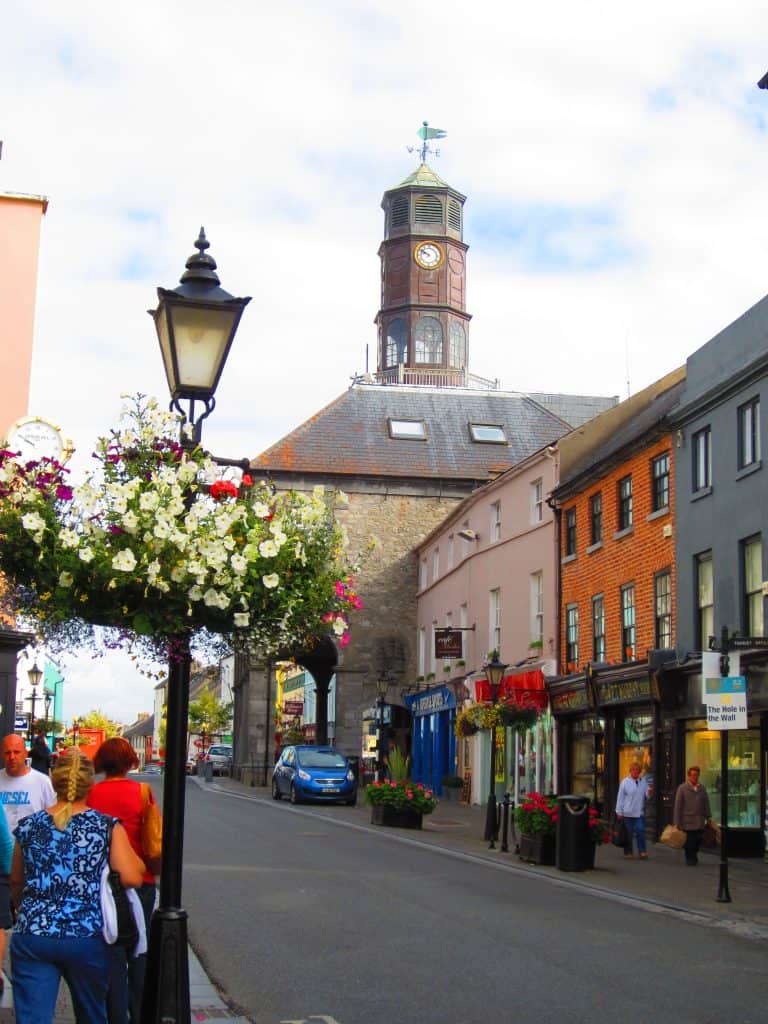 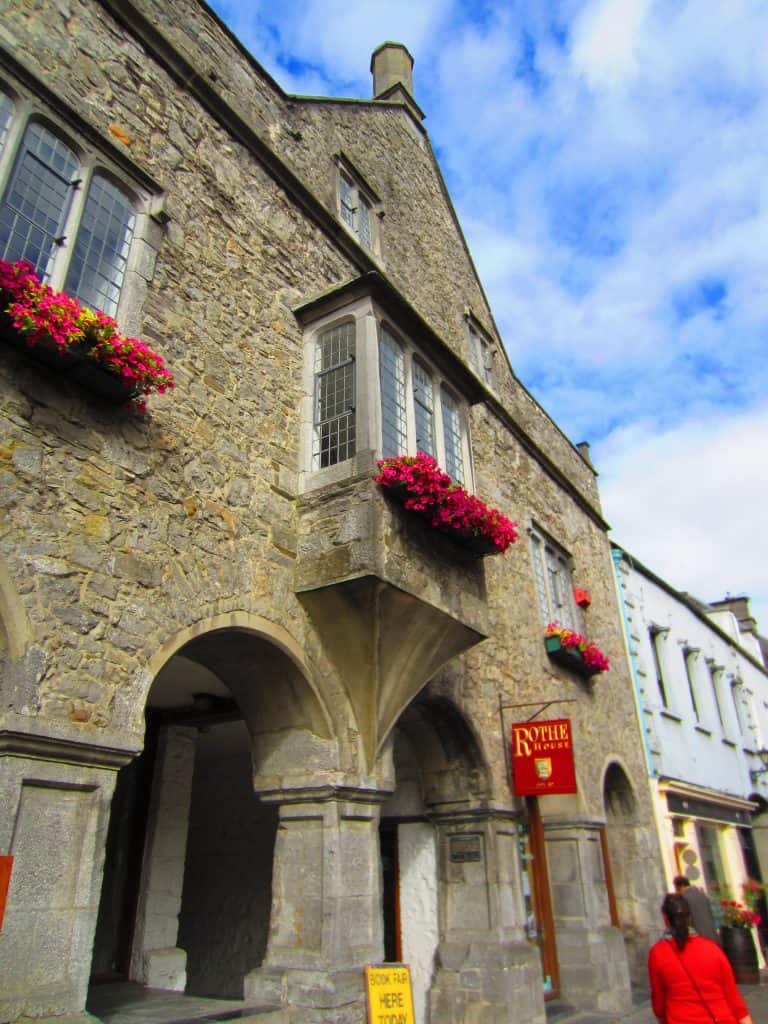 My mom couldn’t stop marveling at all the gorgeous flowers in boxes throughout town.  The flowers and landscaping were really impressive everywhere we went, in fact.  In particular, the public space flowers all throughout Ireland were profuse and vibrant, and must have taken a lot of effort to care for.

St. Canice’s Cathedral (also called Kilkenny Cathedral) dates back to the 13th century, but the round tower is actually from the 900s.  Going even further back, the site it stands on was used for Christian worship back to the 6th century. 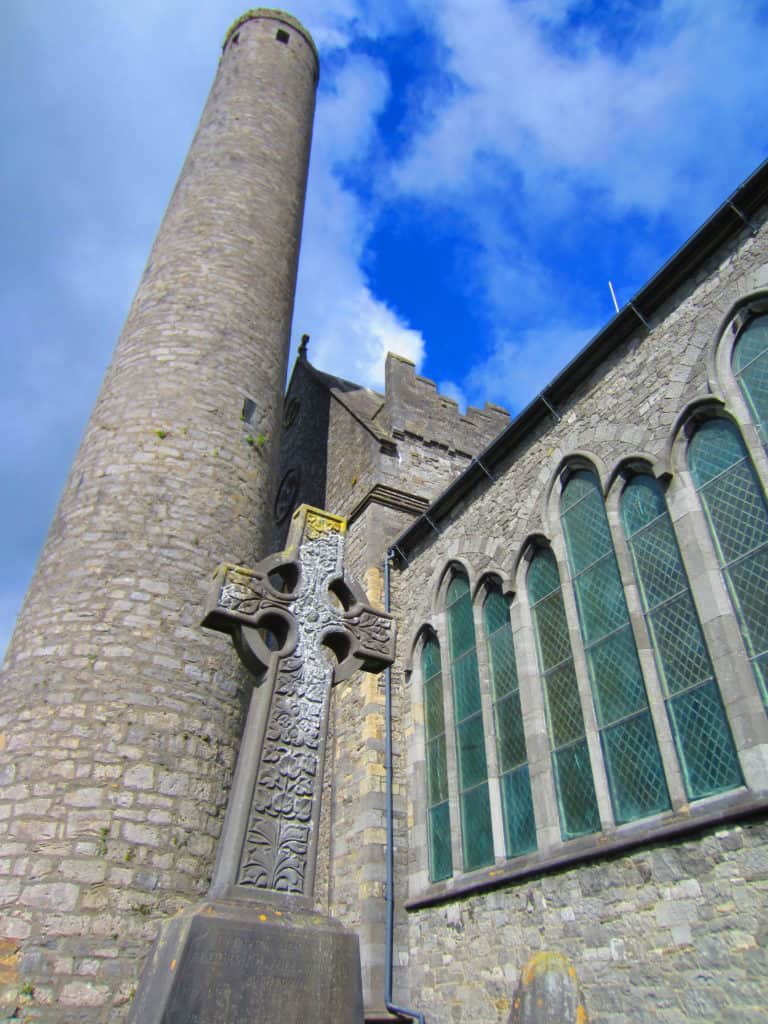 You can climb the 102 steps of the watchtower to get an amazing 360-degree view of Kilkenny and the surrounding countryside. 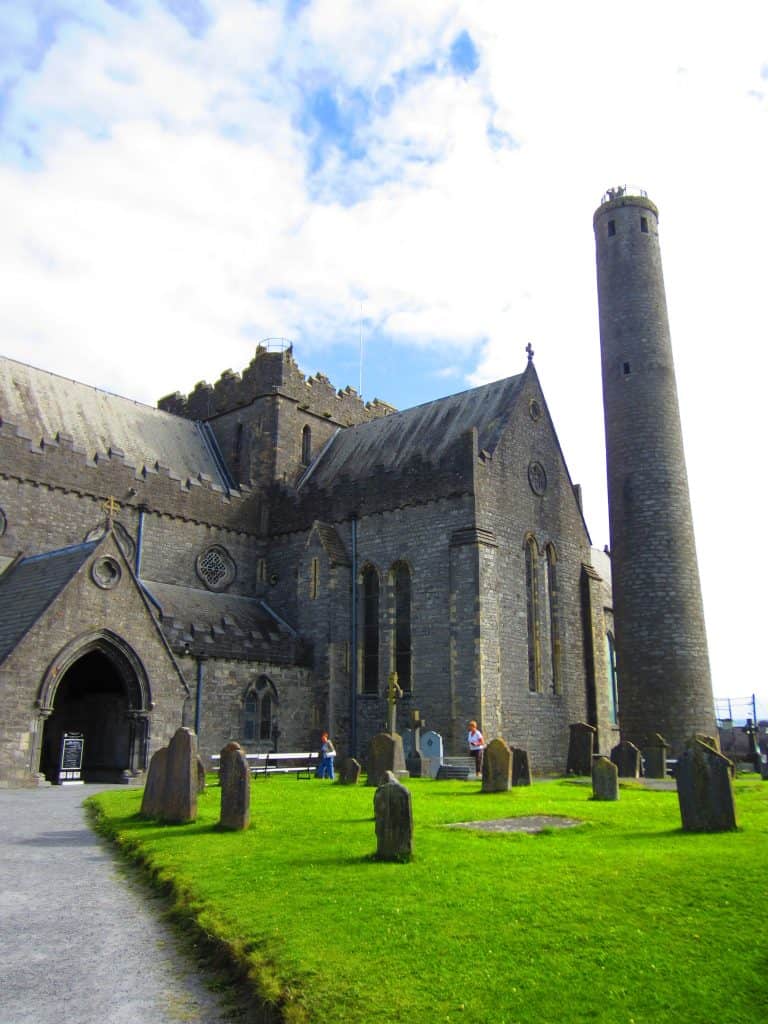 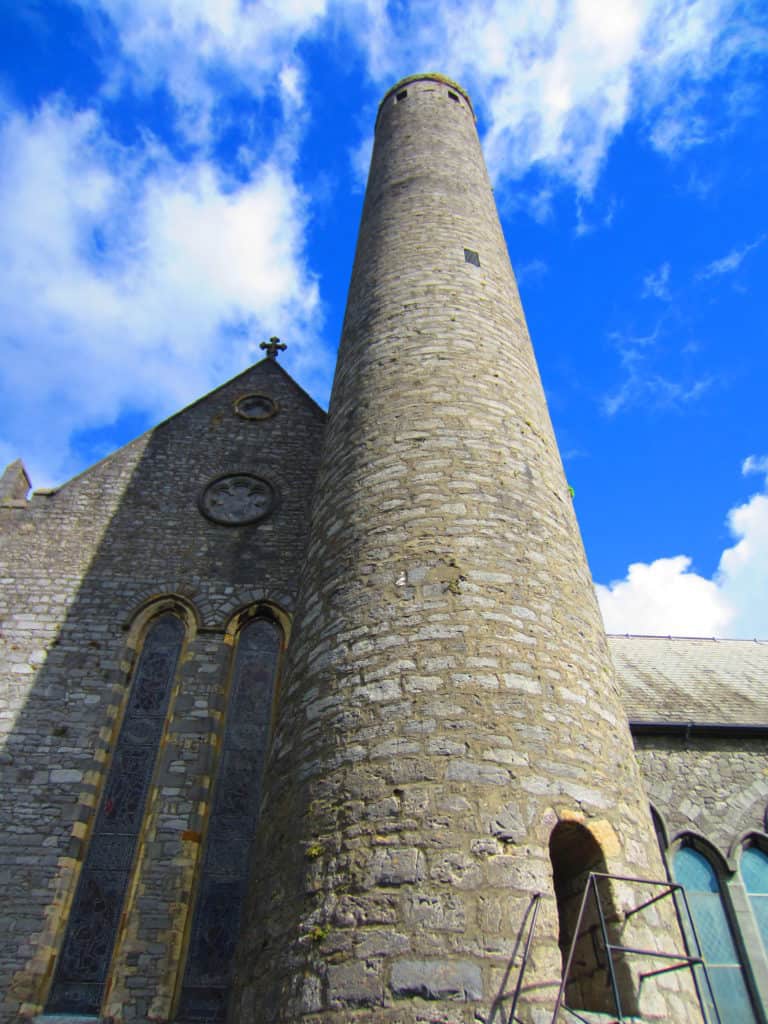 It is *crazy* narrow, you’re basically climbing a ladder straight up.  Not good if you have intense claustrophobia, just FYI.  Small spaces do bother me but I persevered, and was rewarded with the view at the top. 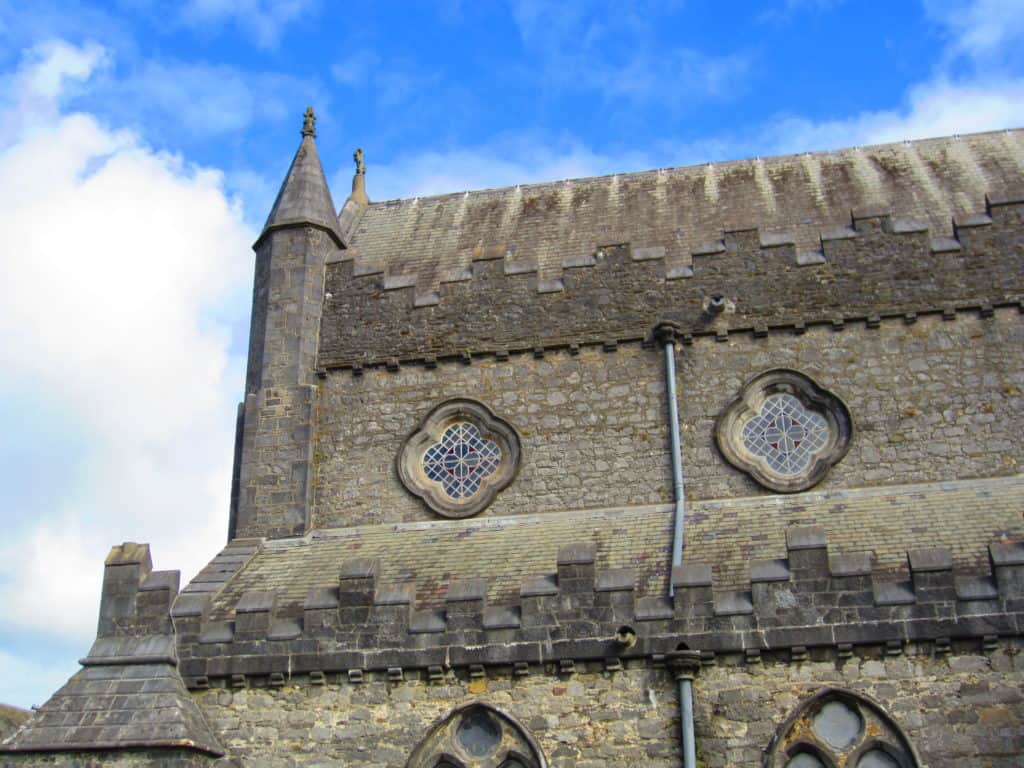 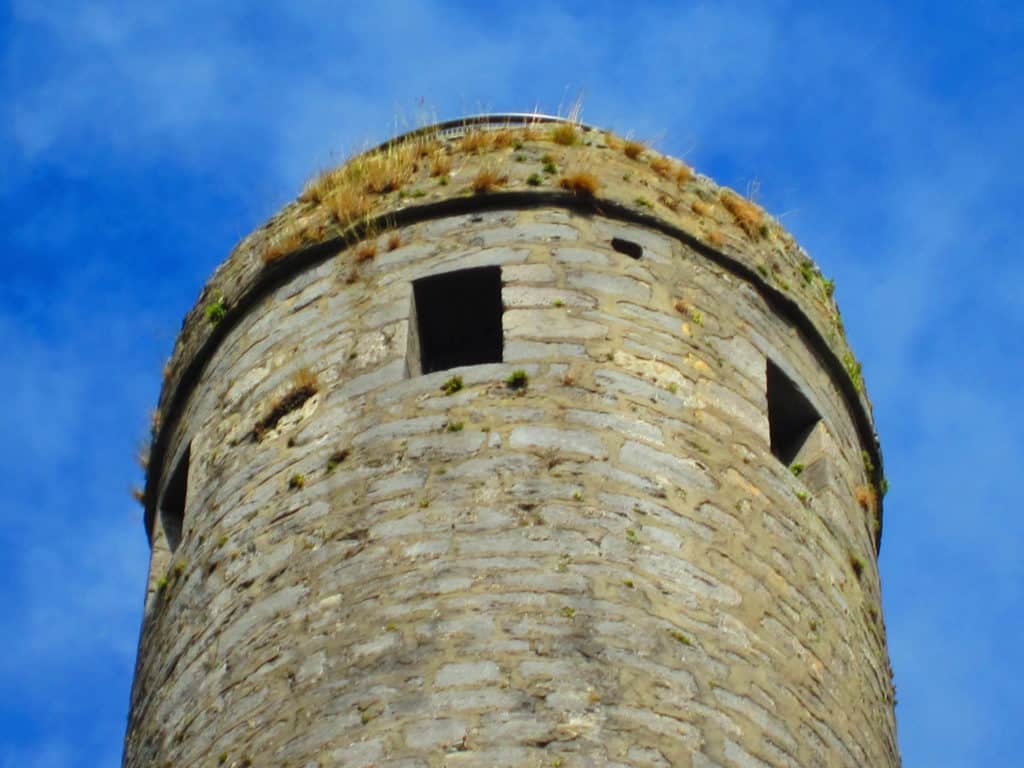 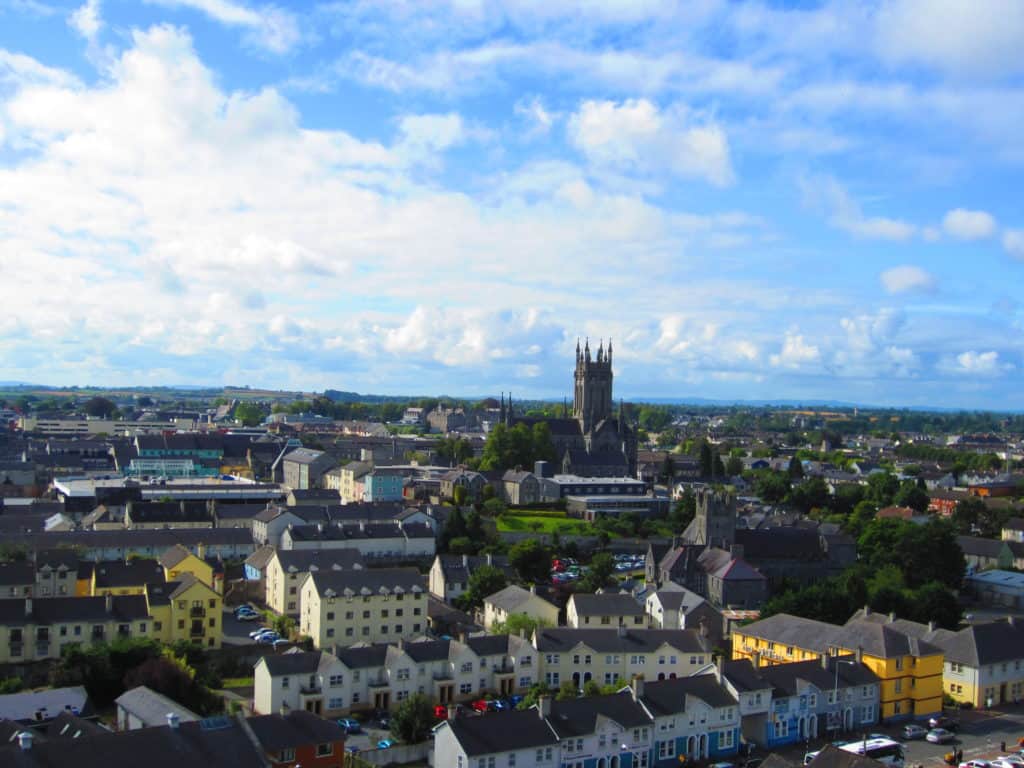 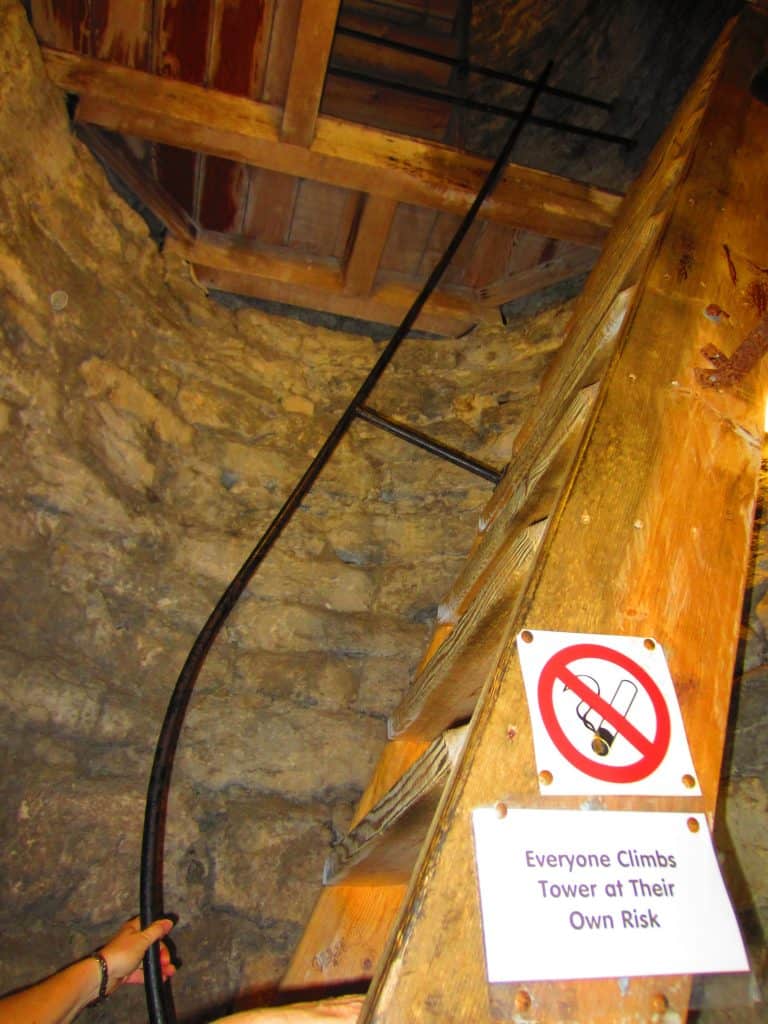 It was only mid-morning by the time we finished up, but we really got a great taste of this medieval town.  Next, we hopped back in the car and took off west for Cashel and the peninsulas of the coast.

Things to do in Kilkenny

Have you visited Kilkenny?  Did you do it as a day trip from Dublin or overnight?  Let me know in the comments! 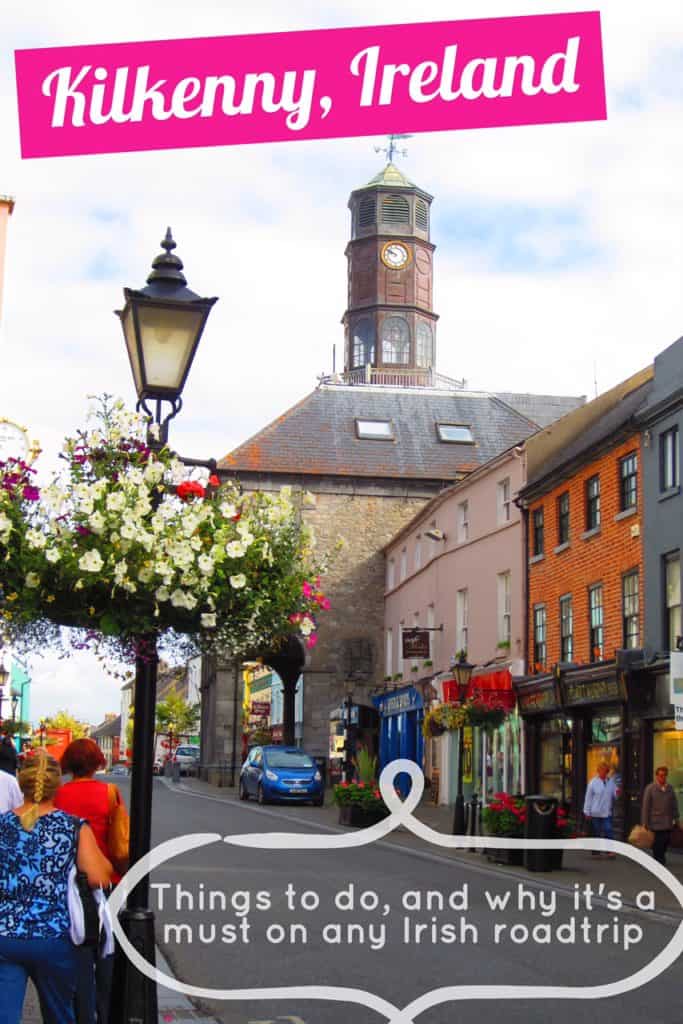 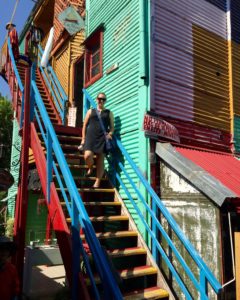 Less Than 24 Hours In Buenos Aires 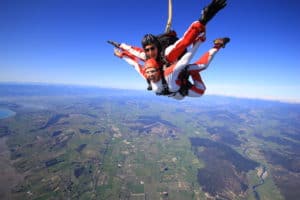