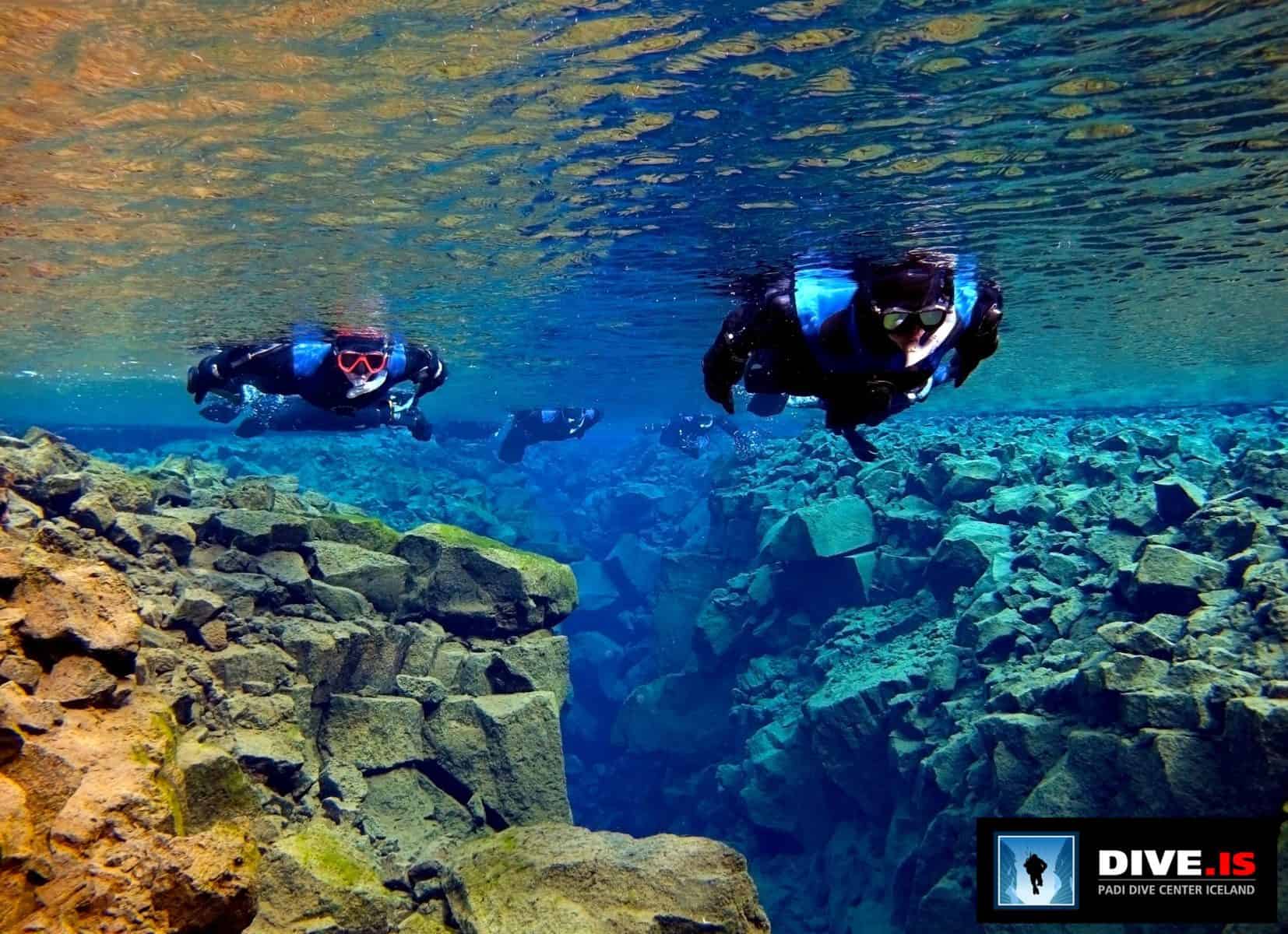 There are cool experiences, and then there are *bucket list* experiences.  And it’s a heady feeling to do something that’s been on your bucket list for a while.

One of the most unique adventures you can have in Iceland is to snorkel or scuba dive between two continents.  It’s been on my bucket list pretty much since the first time I heard it existed.  So as soon as I booked my impromptu flight to Iceland, I booked my Silfra snorkeling adventure with Dive.IS. 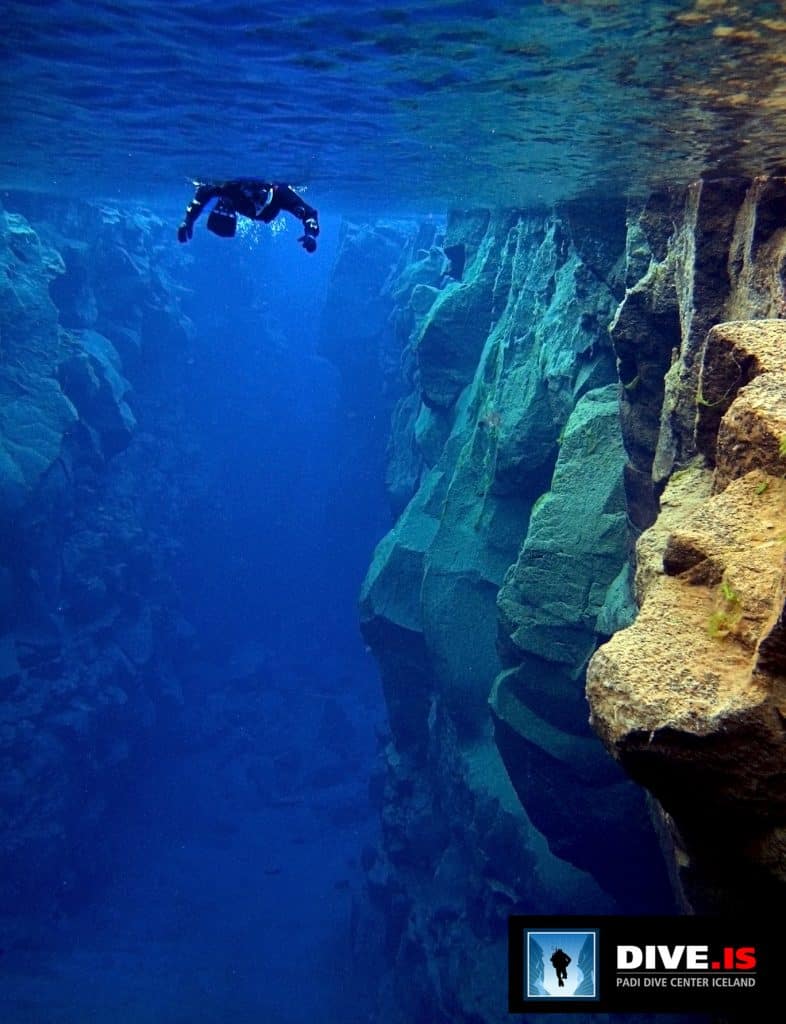 Here’s everything else from our 3-day Iceland road trip!

Falling in Love with Quirky Reykjavik

What to See & Do on Iceland’s Golden Circle

A Stop at Skogafoss Waterfall

Why Kerid Crater Should be on Your Golden Circle Itinerary

How is it possible to snorkel between continents??

The Silfra Fissure was formed in the late 1700s by movement of the Eurasian and the North American tectonic plates where they come together.  As such, the fissure is a gap between two continents and the only place of its kind that you can dive and snorkel.  The water in the Silfra Fissure is some of the clearest in the world, with visibility up to 400 feet.  It’s also COLD.  Like, 36-37 degrees Fahrenheit year-round.  Woof.

The spot where you can dive is located right at þingvellir (Thingvellir) National Park, a common stop on Iceland’s Golden Circle route.  You can read more about the Silfra Fissure at the dive company’s website. 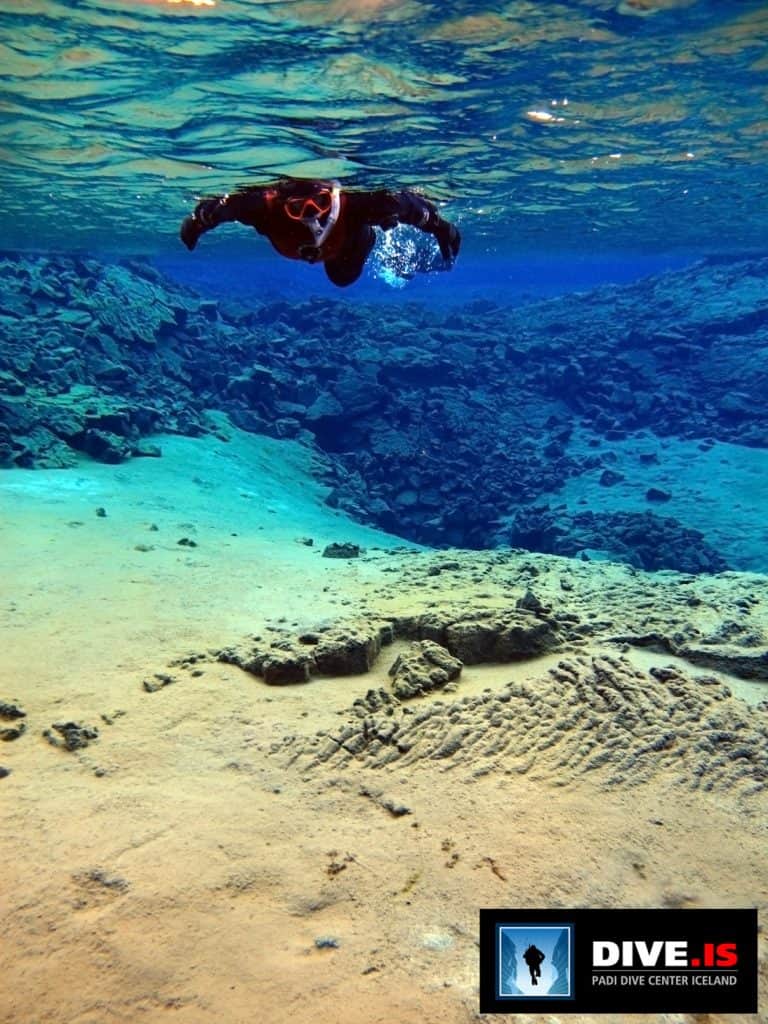 How to get there

You can either do the Silfra snorkeling or diving as a tour from Reykjavik (with transportation) or drive yourself and meet the group there.  We did the latter, as we were coming from further east and making our way back toward Reykjavik.  Note, if you’re doing the snorkeling trip by self-drive, make sure to read the instructions!  I hadn’t looked closely enough and didn’t realize that the meeting point was not at the Thingvellir Visitor Center but about 5 minutes away. 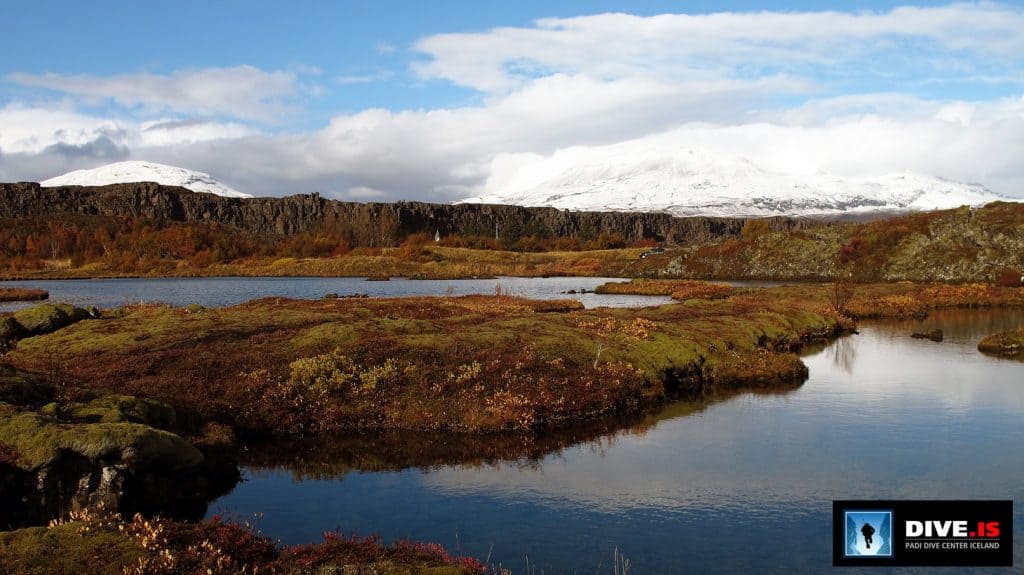 Once I found the correct parking lot and then met up with our guide, Enno, my first step was to strip down to my thermals, put on an extra pair of merino wool socks, and then shimmy into a quilted jumpsuit—actually rather like the one my grandma wears to go out and feed cattle during the winter.

Then I had to wrestle myself into a giant wetsuit onesie with footies…like footie pajamas made of rubber, basically.  Enno had to help each of us get the head and shoulders piece on, and then our (what I called) “head sock” and “lobster gloves”.  The neck and wrist portions of the wetsuit had tight rubber in them to seal against the water, but Enno checked each of us to see if it was tight enough, and on me he had to add another rubber tie around my neck.  It was SO tight, my claustrophobia was going nuts and I kept just having to remind myself to stay calm and breathe normally. 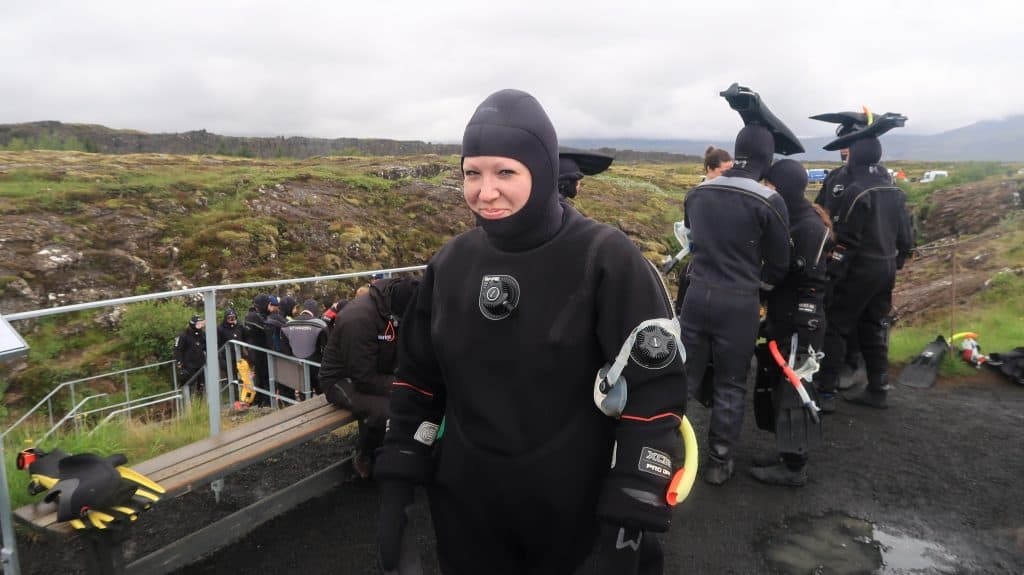 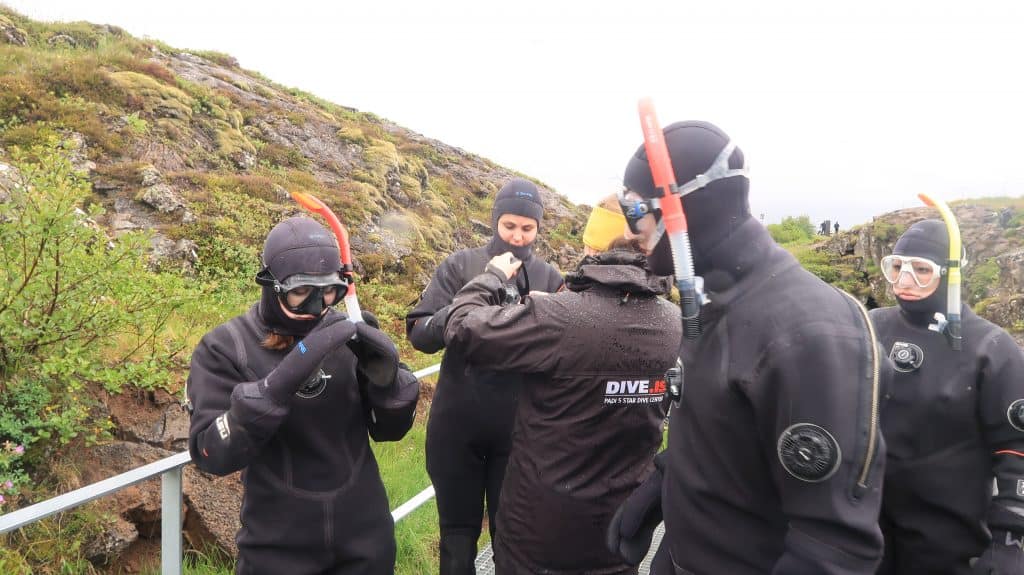 After we were all suited up, he gave us some background on Thingvellir itself, the history of the Vikings establishing the first parliament there, and also about the Icelandic names for things—basically, the names for places are super long in Icelandic but they just translate super literally, so the names would translate to “big crack” or “meeting place”.  It was honestly a little hard to focus on the names while my eyes and nose were being attacked by hundreds of tiny gnats, though.  The gnat problem was INTENSE. 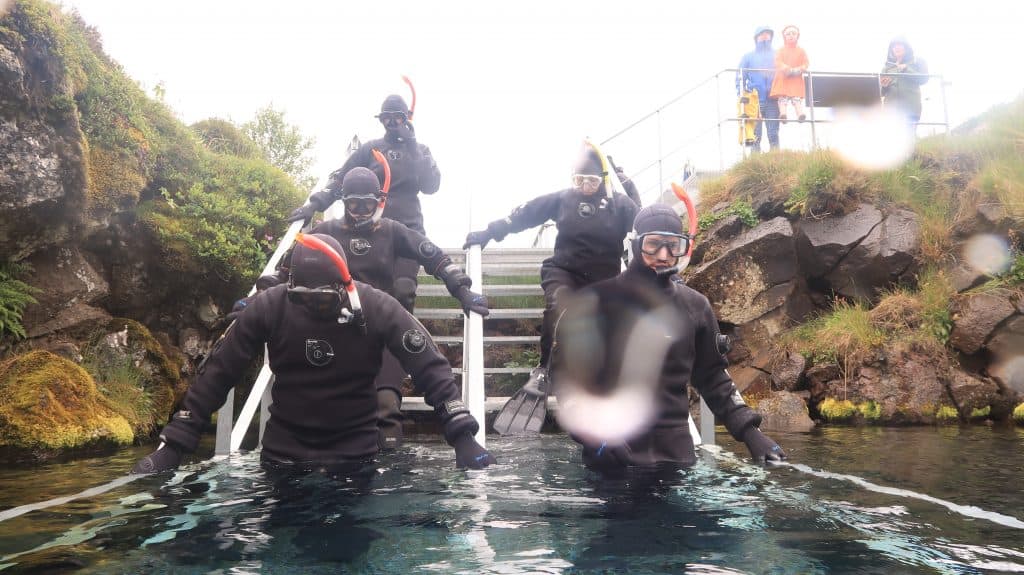 Then we awkward penguin-trudged over to the water and waited in line to get in.  We ended up having an accidental traffic jam and waited about 45 minutes since we were the very last group, but Enno said that was very unusual.  The number of people who can be in the initial entry channel at any point is limited, so we had to wait til other groups got in the water and floated along.  When it was our turn, Enno helped us put our fins on and then we waded into the water.  First he had us put our faces in.  And OH THE BURN!!!  Right around our lips was the only thing exposed, but that freezing cold water burned like crazy 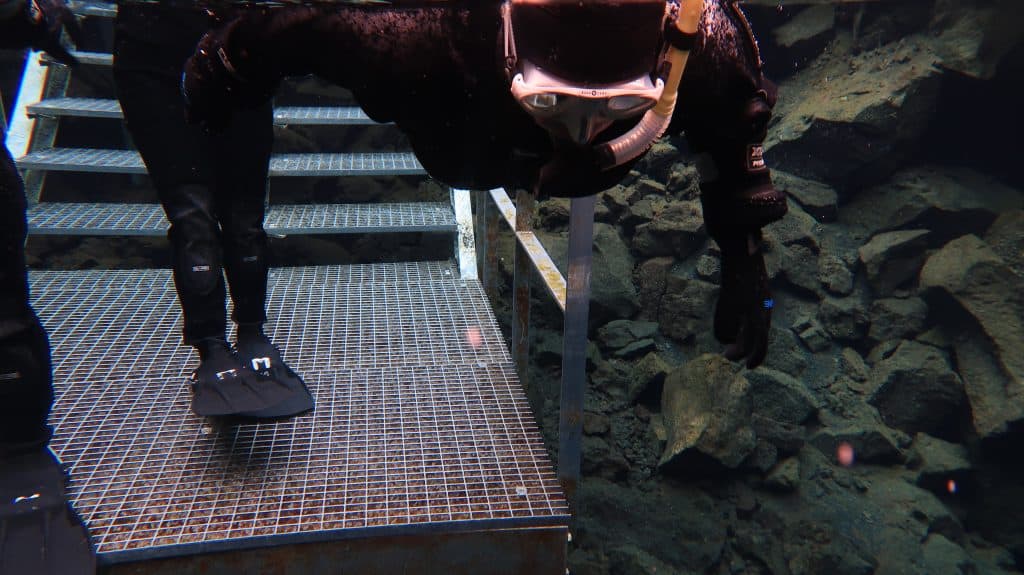 Then we were off!  The current does most of the work, so you really float through for the most part—not so much swimming or needing to kick a ton.  They actually discourage you from moving much, because every time you move, fresh freezing cold water gets inside your gloves and suit.  If you don’t move much, the water in there eventually gets warm-ish from your body heat.

So instead, enjoy your peaceful floating through the channel, gently moved along by the current… 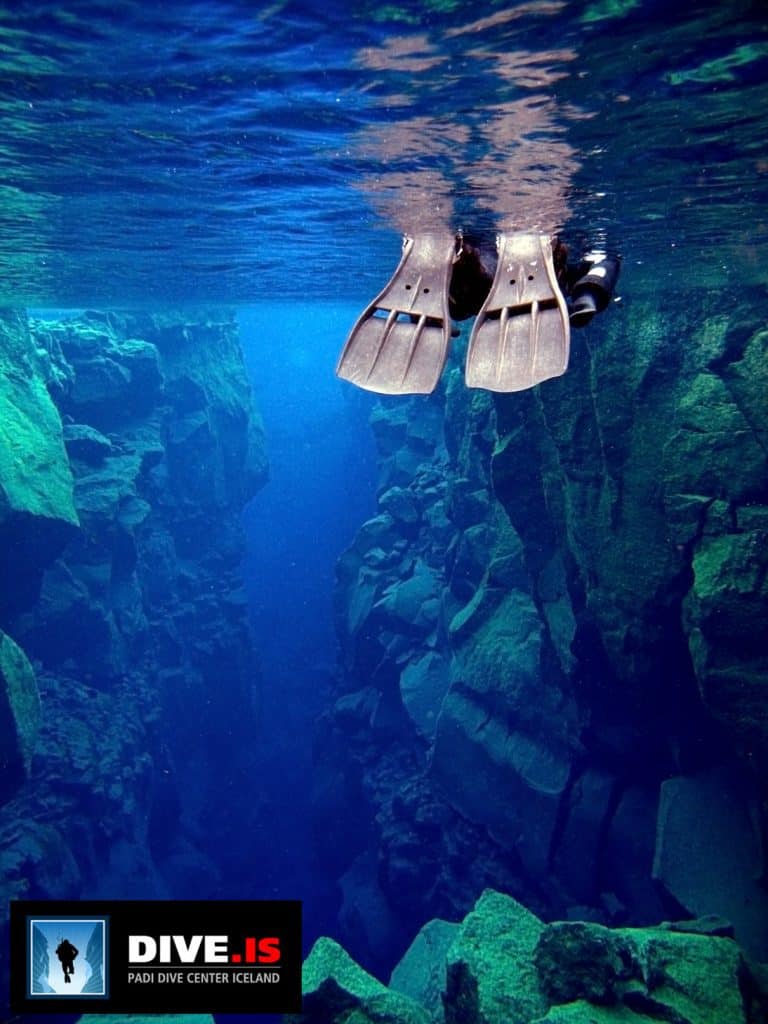 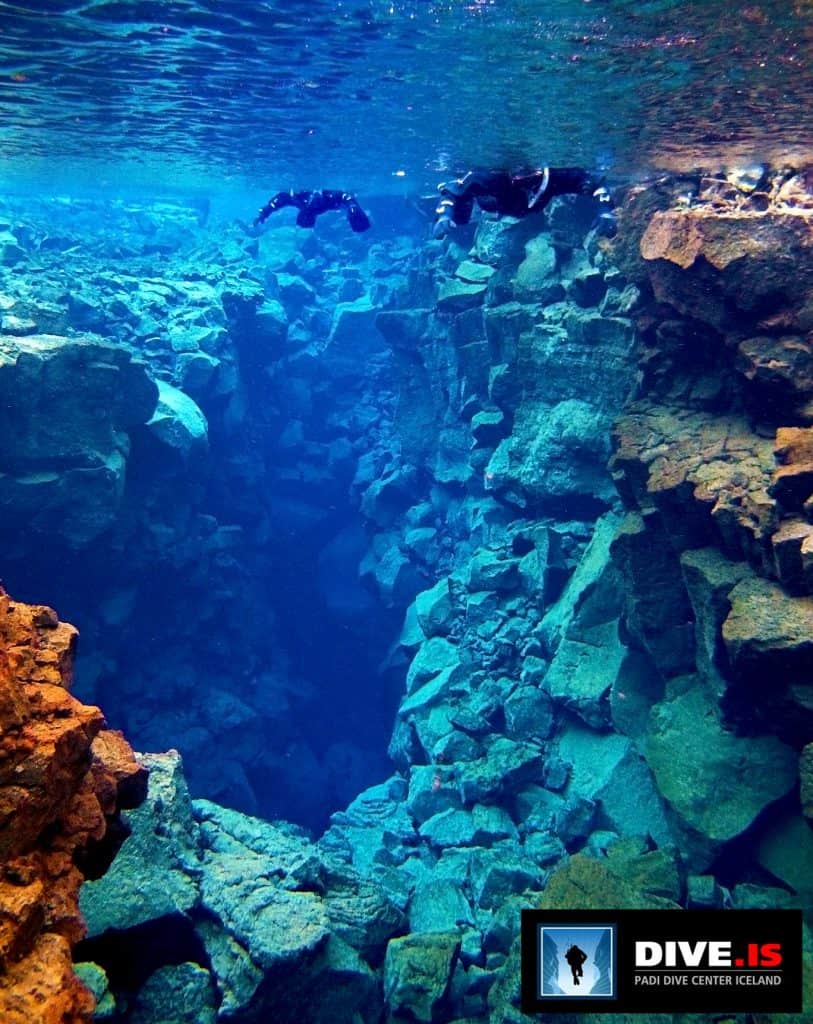 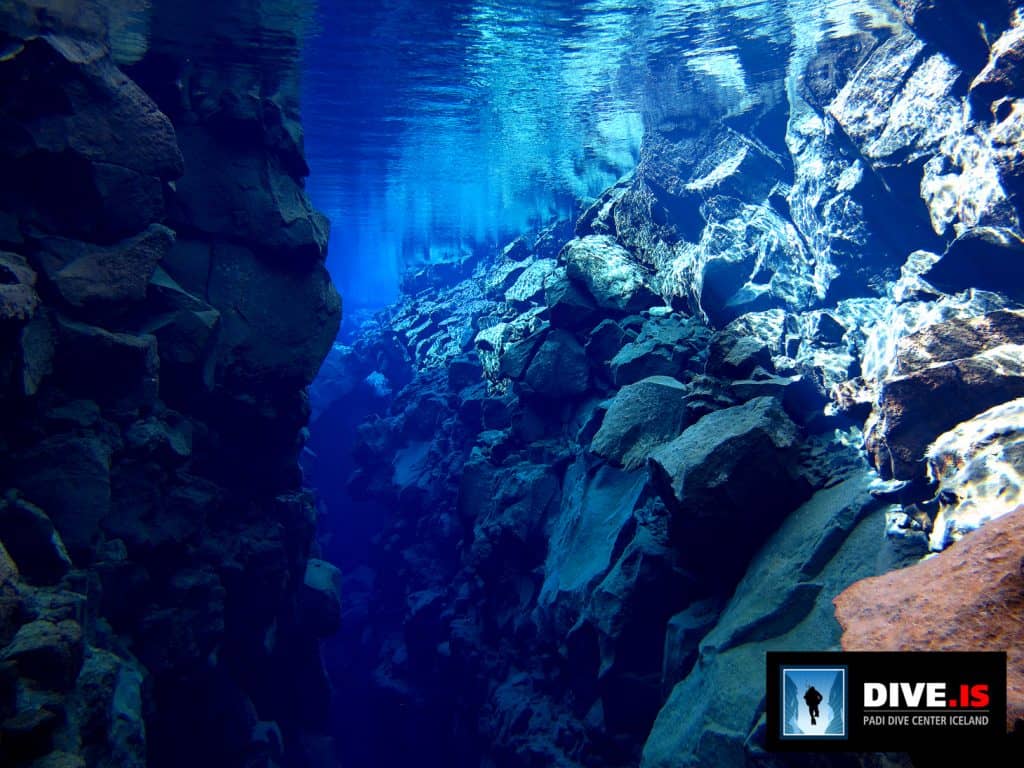 There are no fish, because there’s no food for them, and really no other living things at all.  Just this weird neon tube-like algae and the craggy rocks.  And the intensely blue, clear water as a result.  It is otherworldly.

As a bonus, the water is fresh glacier run-off that’s been filtered through underground lava rocks, so it’s completely drinkable.  Which was nice for me since I am physically incapable of not getting water in my snorkel pipe.  Plus I was THIRSTY… 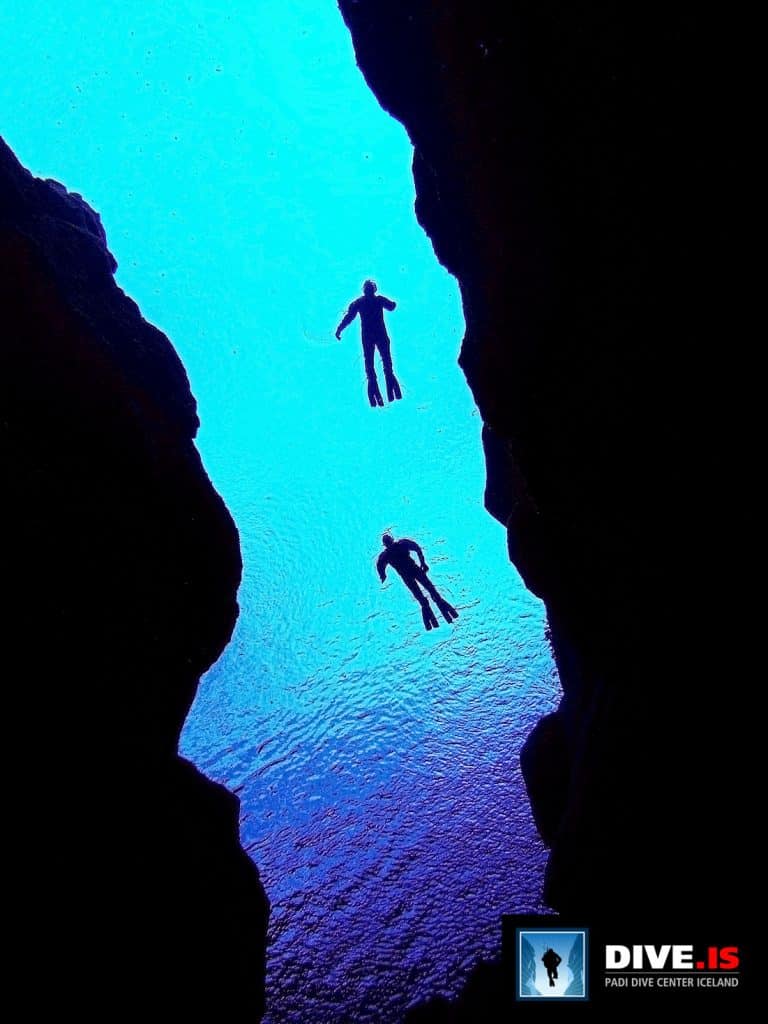 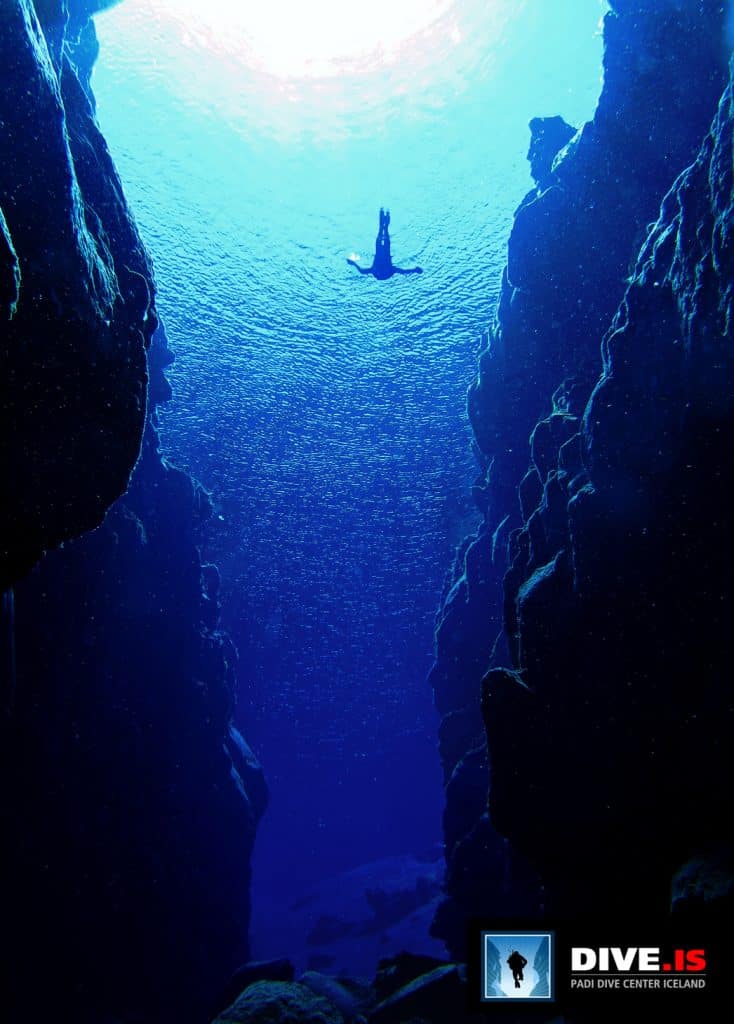 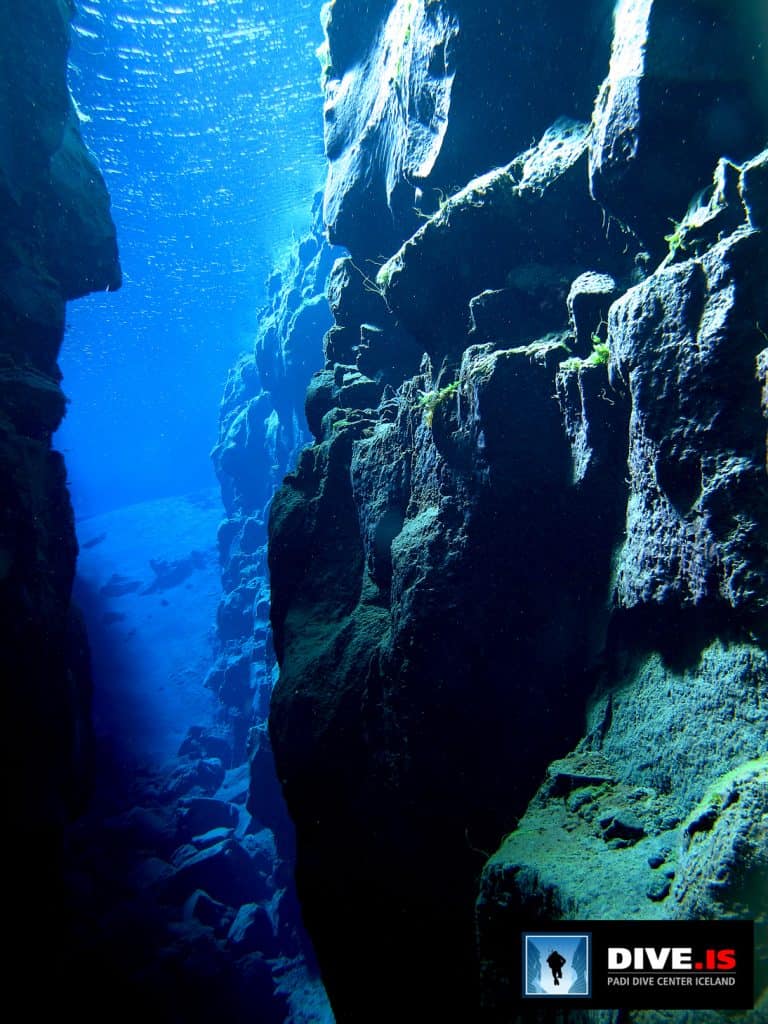 Eventually you have to make a left turn into the lake/lagoon portion.  This part is shallower and lighter, but you really see the algae up close.  It really does look like that in person—maybe just a bit more yellow than green, but it truly is that vivid. 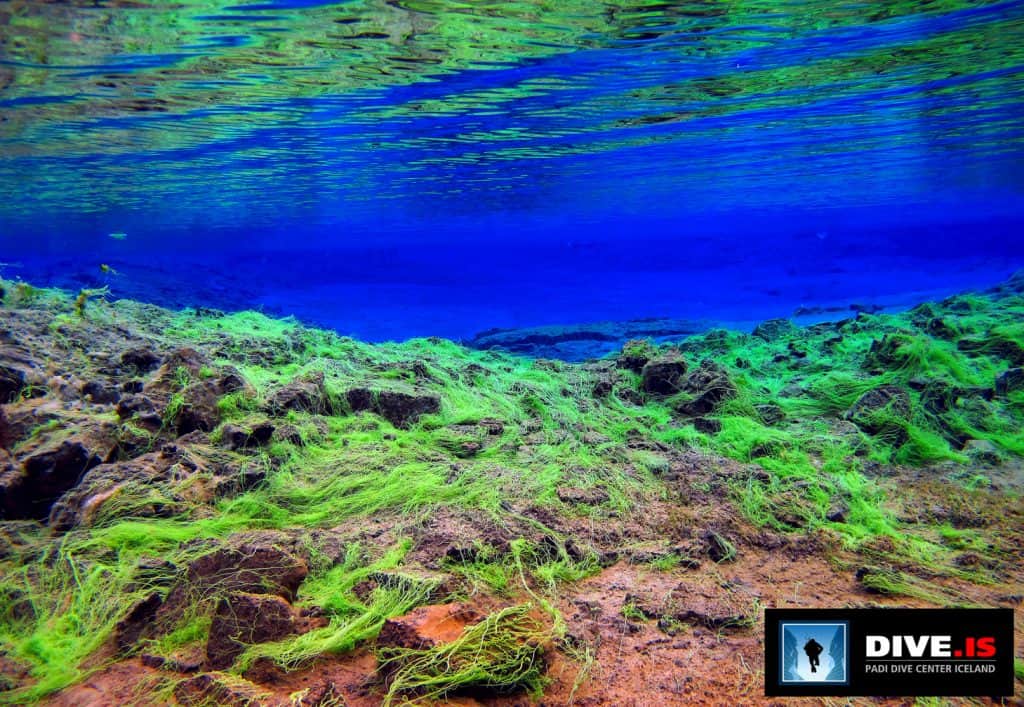 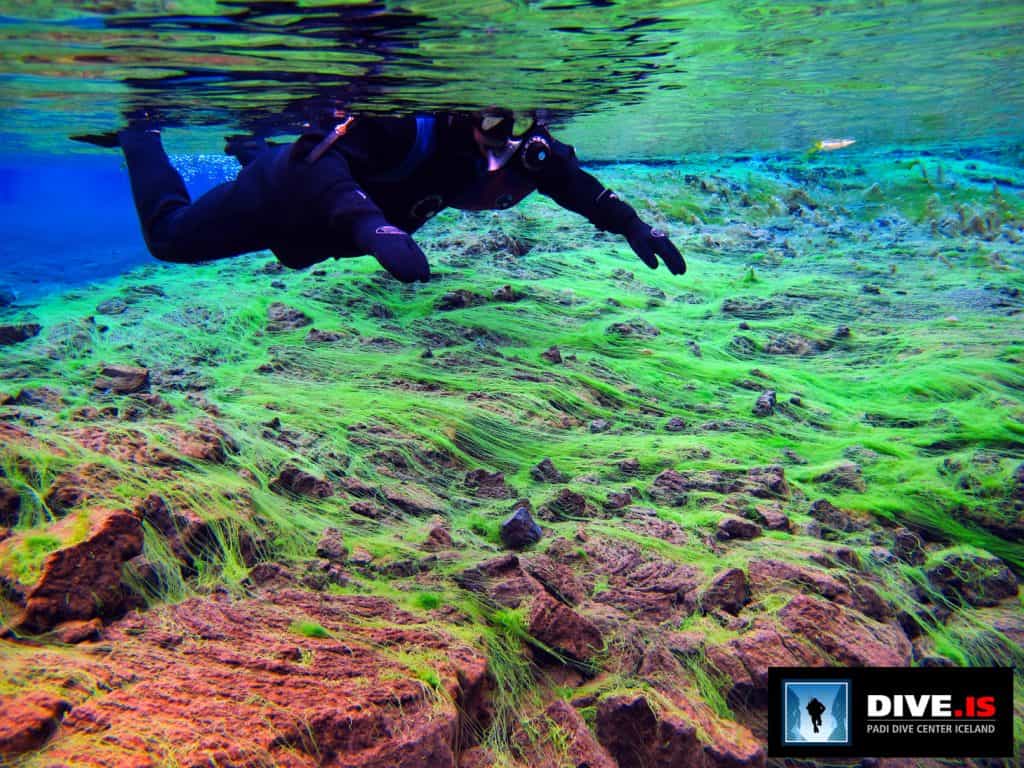 The only bummer from the entire Silfra snorkeling experience was that I paid for the photo package but all of the actual snorkeling pictures ended up being completely useless.  The ones I’m using here are their professional ones, which they also provide with your own set of photos.  So I’d say don’t bother getting the photos, or you could try to use a GoPro (but I worried about holding onto it with my fat lobster hands…). 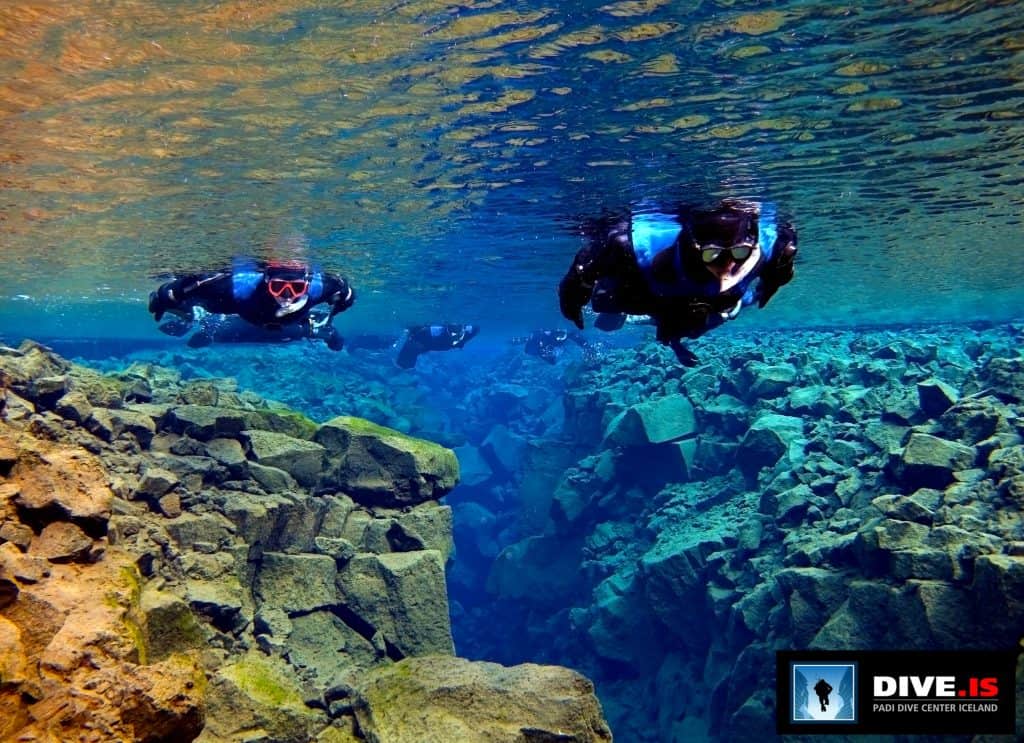 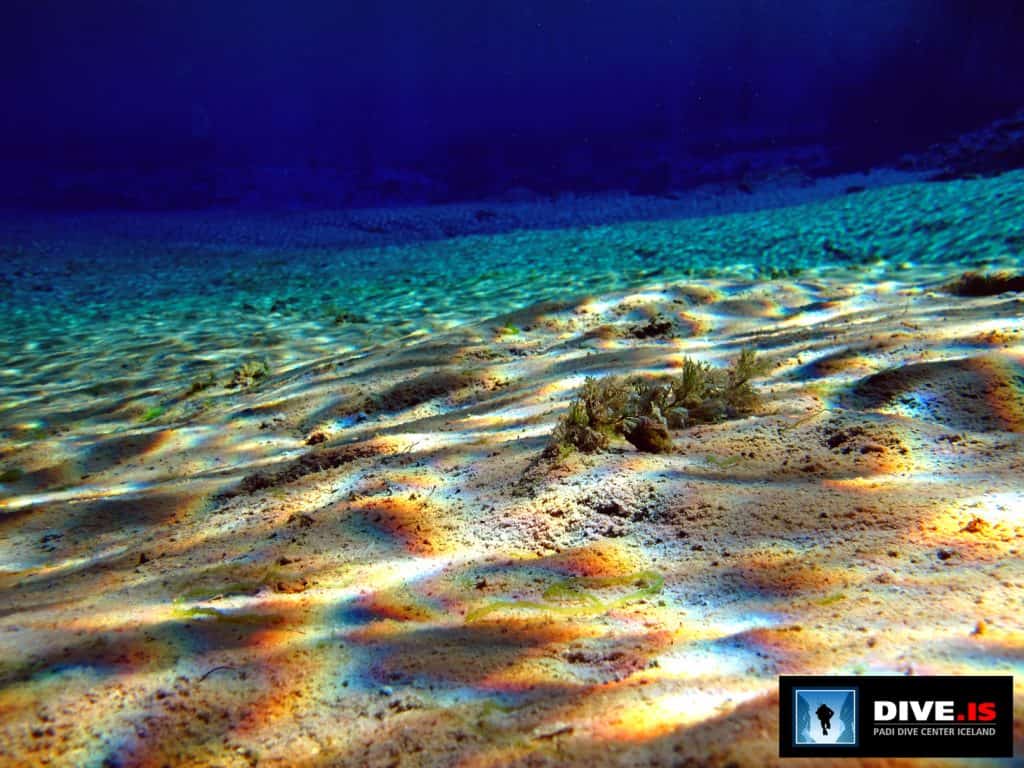 After about 45 minutes I emerged from the cold water and we trudged back to the parking lot.  After finally wrestling myself out of the wetsuit and changing back into my clothes, we warmed up with some hot chocolate and cookies, and then I picked Vanessa back up so we could head to Reykjavik. 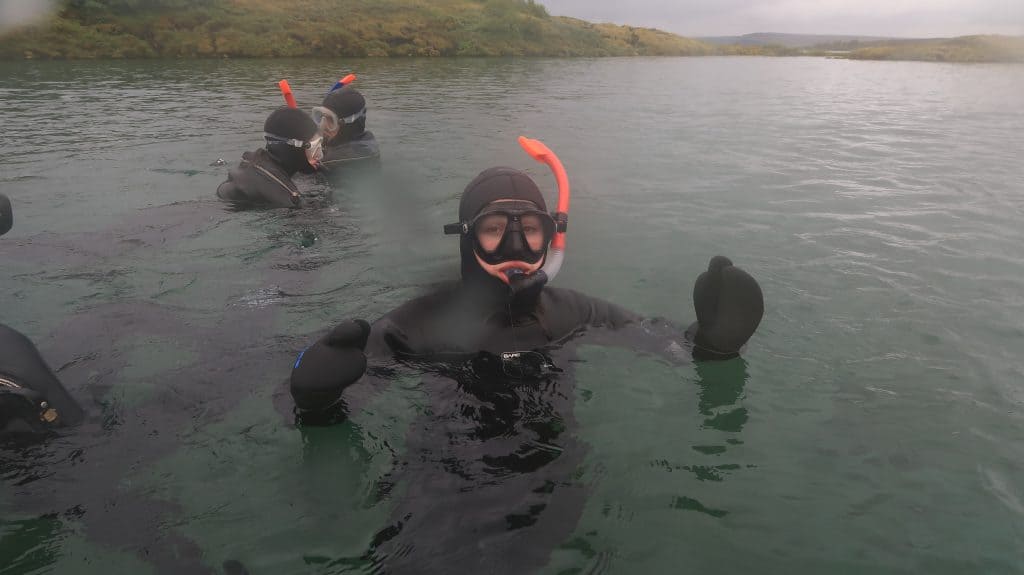 Snorkeling in Silfra was such a unique experience and I am SO glad that I did it!  It completely lived up to my expectations.  I’d actually love to go again once I get my PADI certification, and experience the fissure and some of the caves and other things that way. 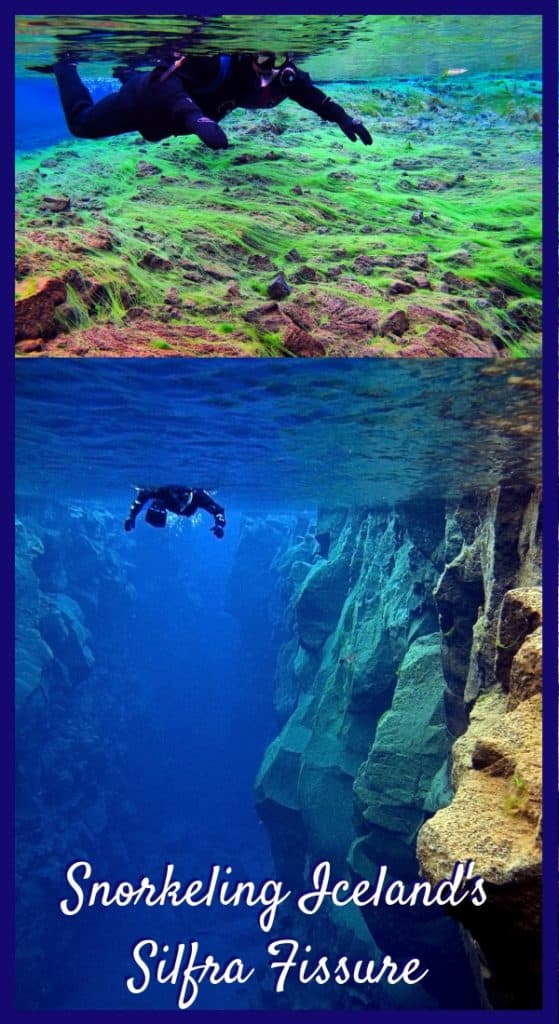 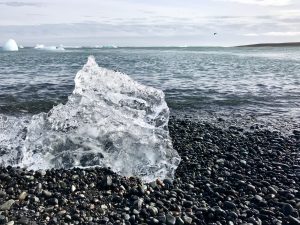 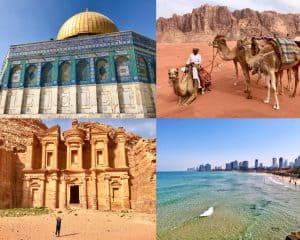