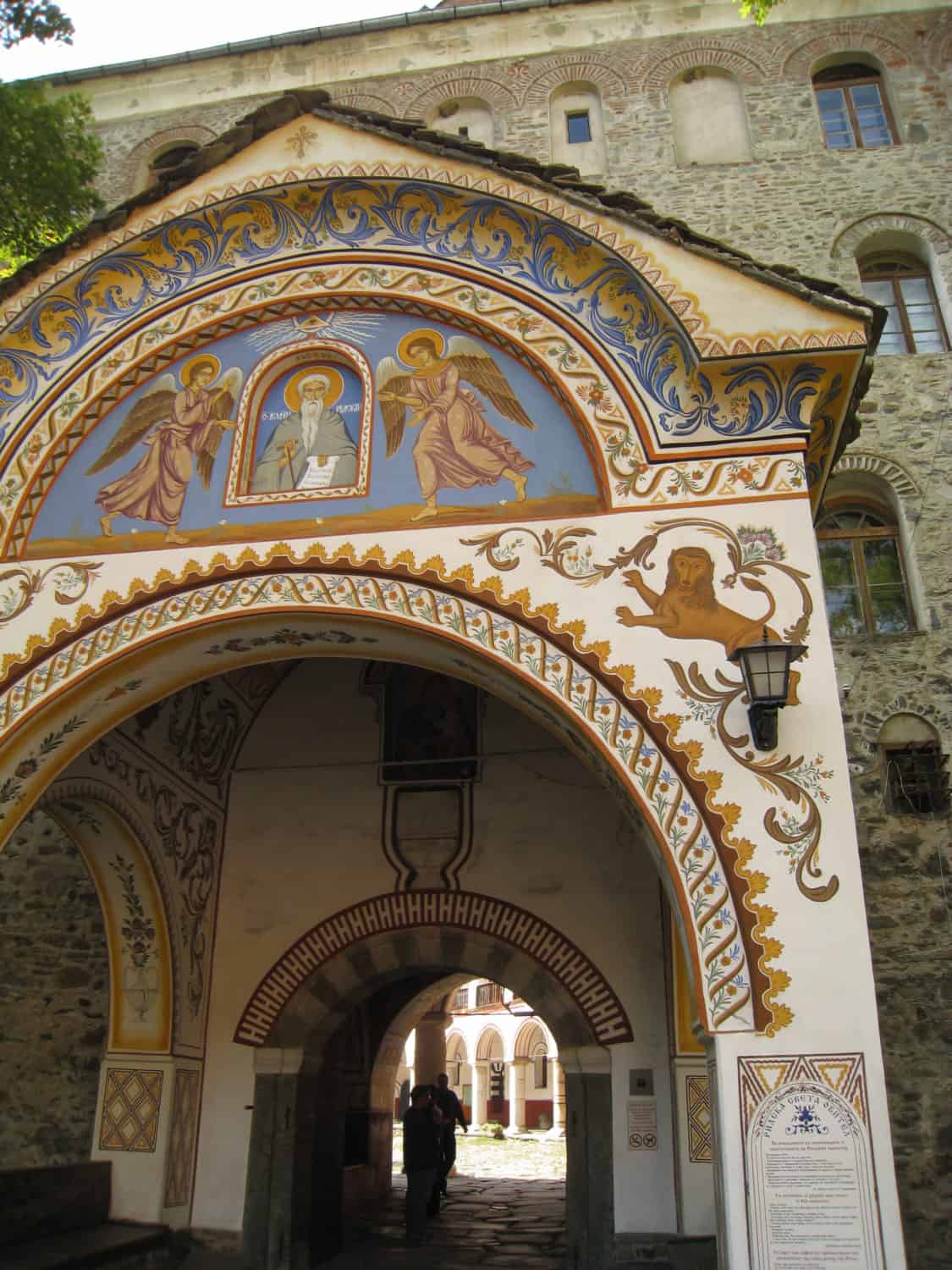 Certain days stand out in your mind with almost perfect clarity.  Years later you can still remember scents, what you ate, how everything looked.  It doesn’t happen to me too often because my brain feels like Swiss cheese these days, but this day was definitely one of them.

Our visit to Bulgaria was the tail-end of a 10-day trip that my mom and I took, starting with two days in Paris, then to Salzburg, Prague, and finally Sofia.  I was so excited to be in Bulgaria, it seemed so exotic and new.  This was my first (and only, to-date) time in a country that doesn’t use the Western alphabet.  Bulgaria uses the Cyrillic alphabet, which I found totally fascinating.  That and the colorful Orthodox church spires are what stuck with me the most. 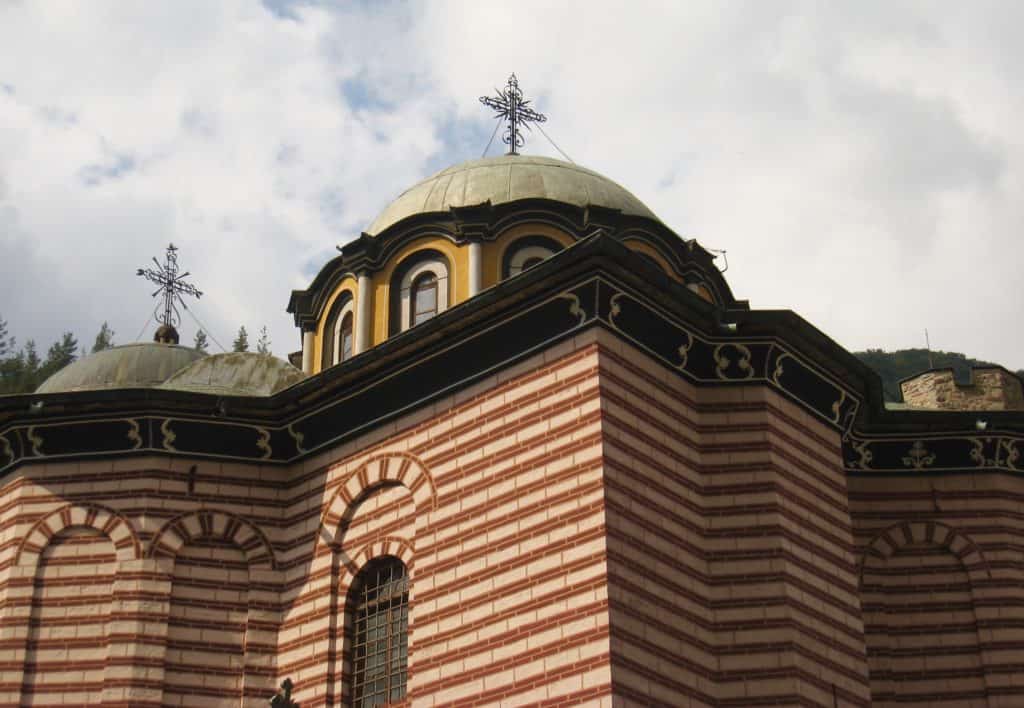 We arrived in Sofia from Prague late at night and connected with our friends who were living there.  The next day was my 25th birthday (oy, so long ago!), and Paula and Joe had arranged a surprise for us—a visit to Rila Monastery. 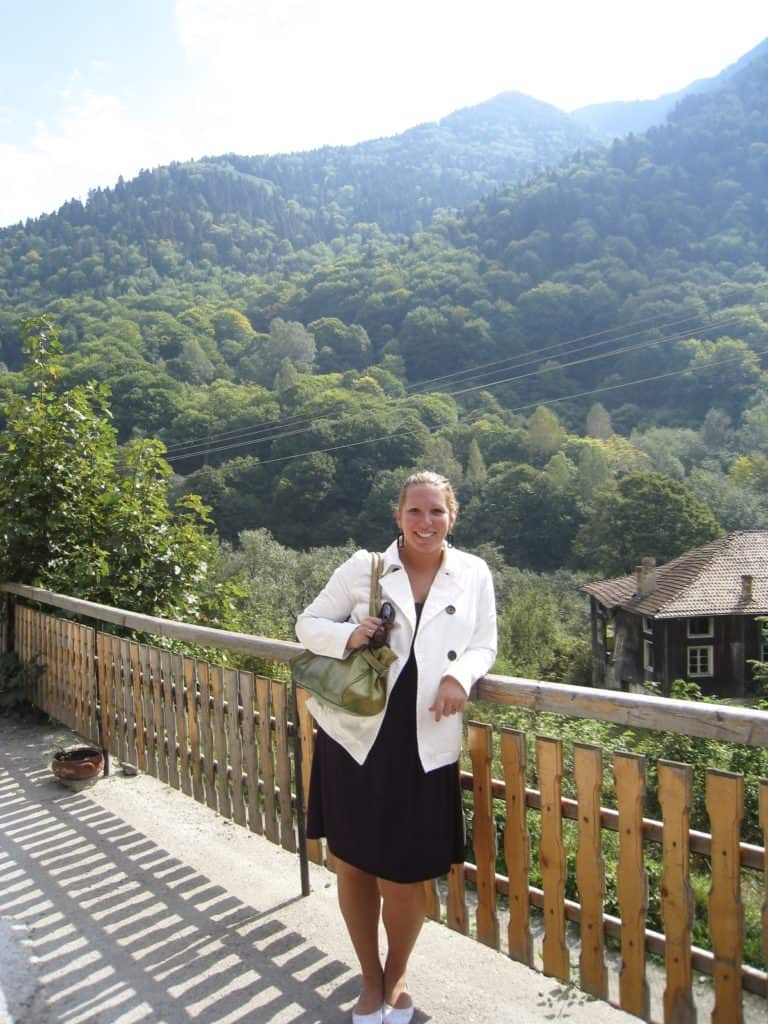 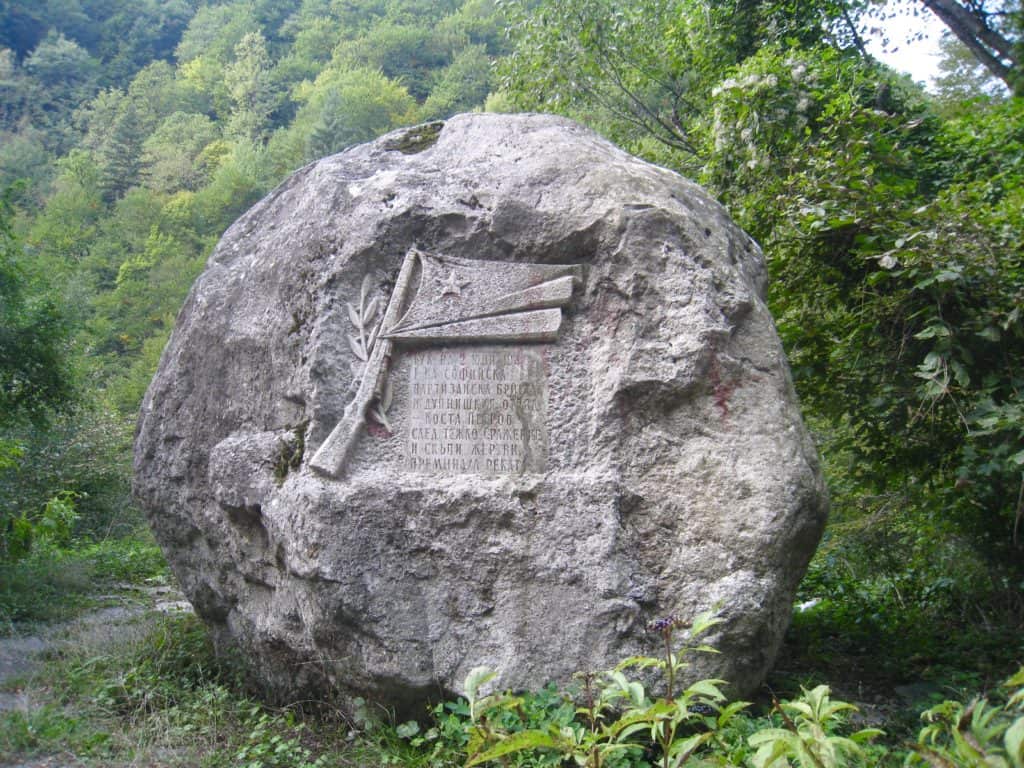 We got up early and all piled in the car, then picked up Lubya (the guide they had hired) and drove the two hours from Sofia to the historic Rila Monastery.  I was dealing with a massive allergy attack and so felt pretty terrible, but tried to rally for this unique experience.

Before heading into the monastery, our first order of business was to get some of the delish “monastic” donuts from the bakery outside the Eastern gate.  #priorities 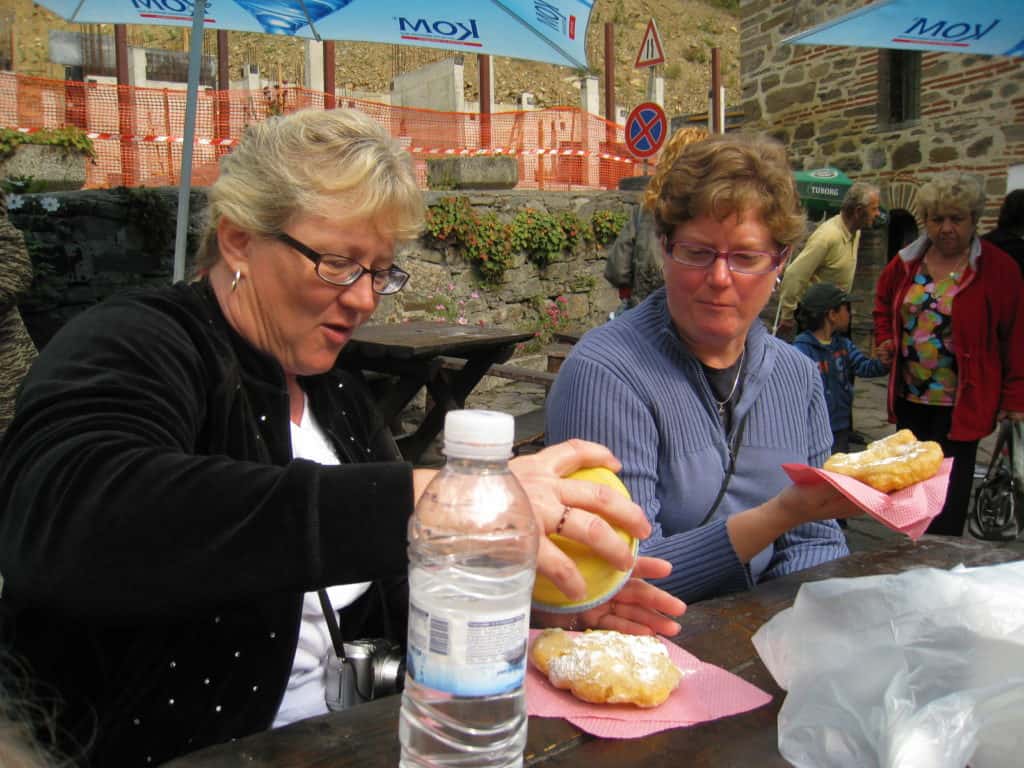 The Rila Monastery is one of the most beautiful painted Orthodox sanctuaries in Eastern Europe, and a UNESCO World Heritage site since 1983.  It’s been a spiritual and cultural center for the Bulgarian people for over 1,000 years.

After paying our parking fee, we headed through the gate.  Despite there being a lot of people, people spoke in hushed tones and wandered around calmly.  It was definitely a peaceful experience from start to finish. 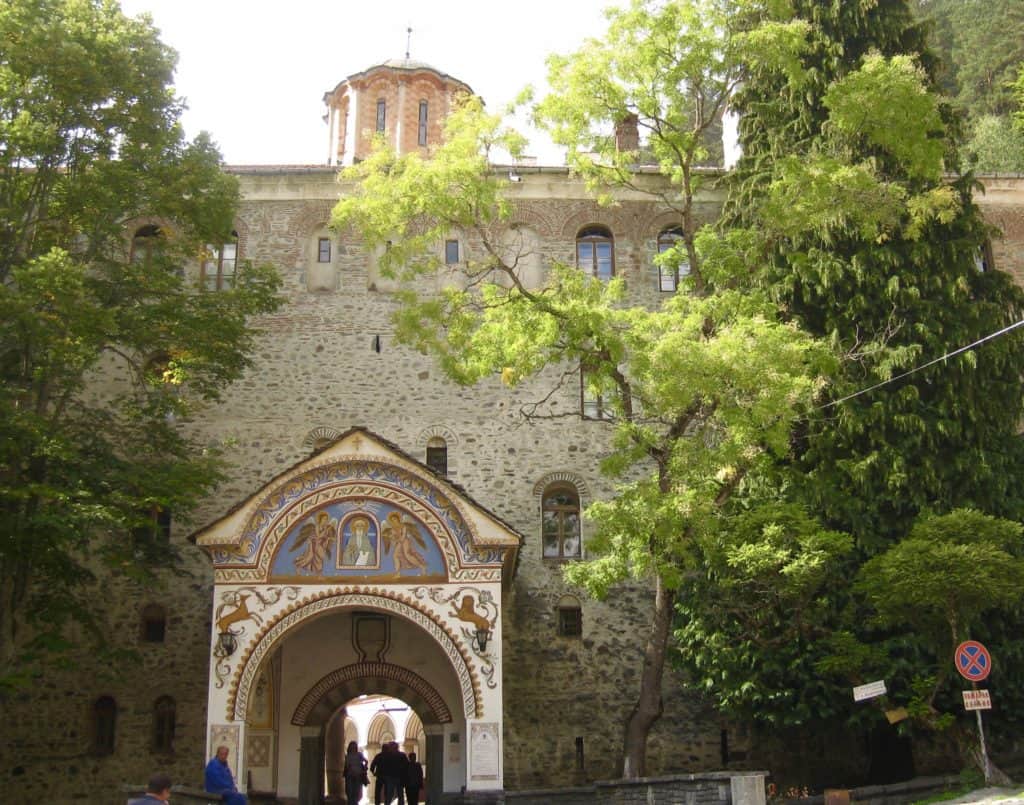 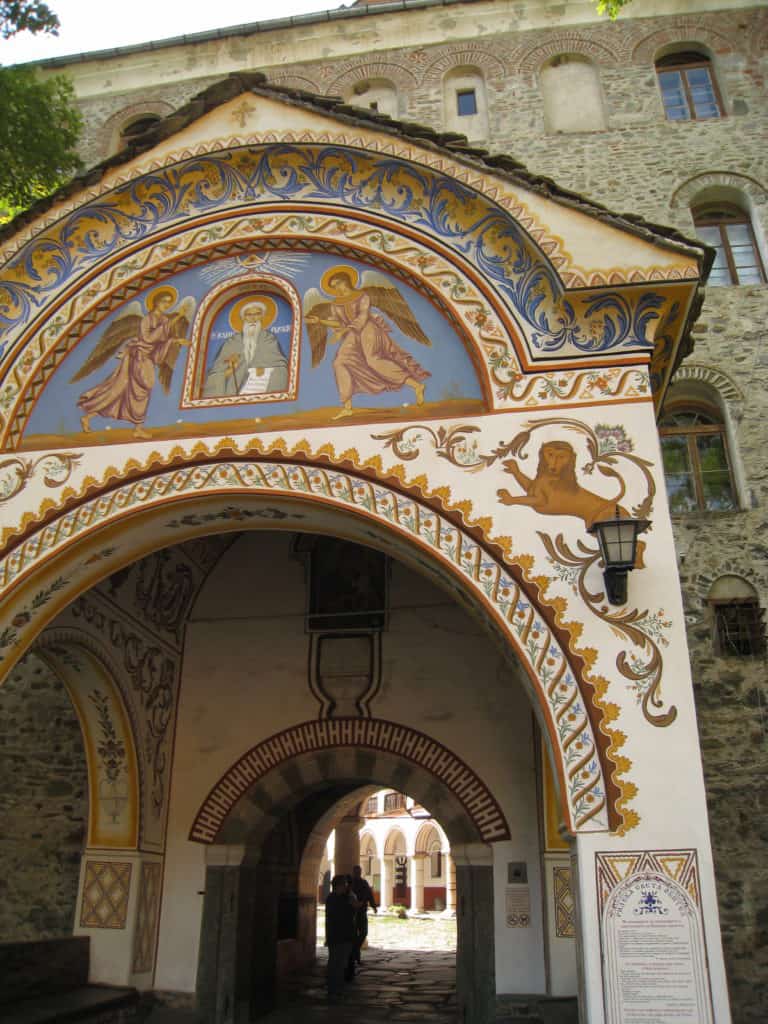 Founded in the 10th century by the saint Ivan Rilski, it’s still a functioning monastery with around 60 monks.  Ivan was actually a hermit living in a cave nearby, but his students build the complex so they could stay there and learn from him. 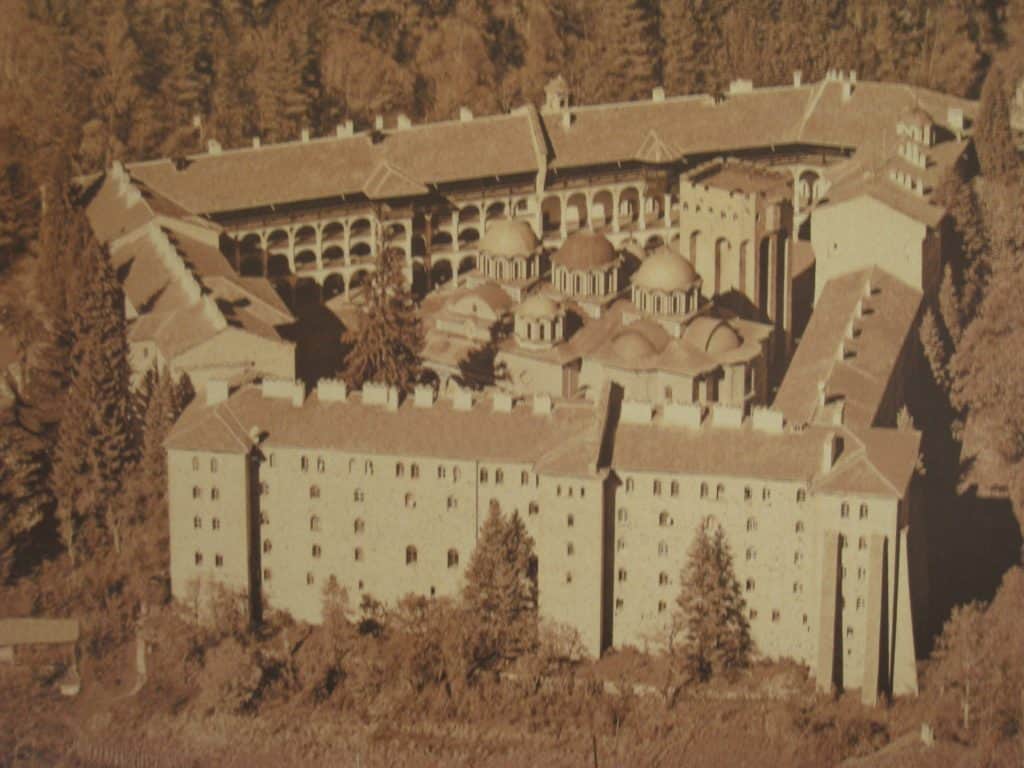 The monastery was supported and protected by Bulgarian tsars up until the Ottoman conquest at the end of the 14th century, which made it a center of Bulgarian culture.   Then it preserved the Bulgarian culture and language during the time of Ottoman rule. 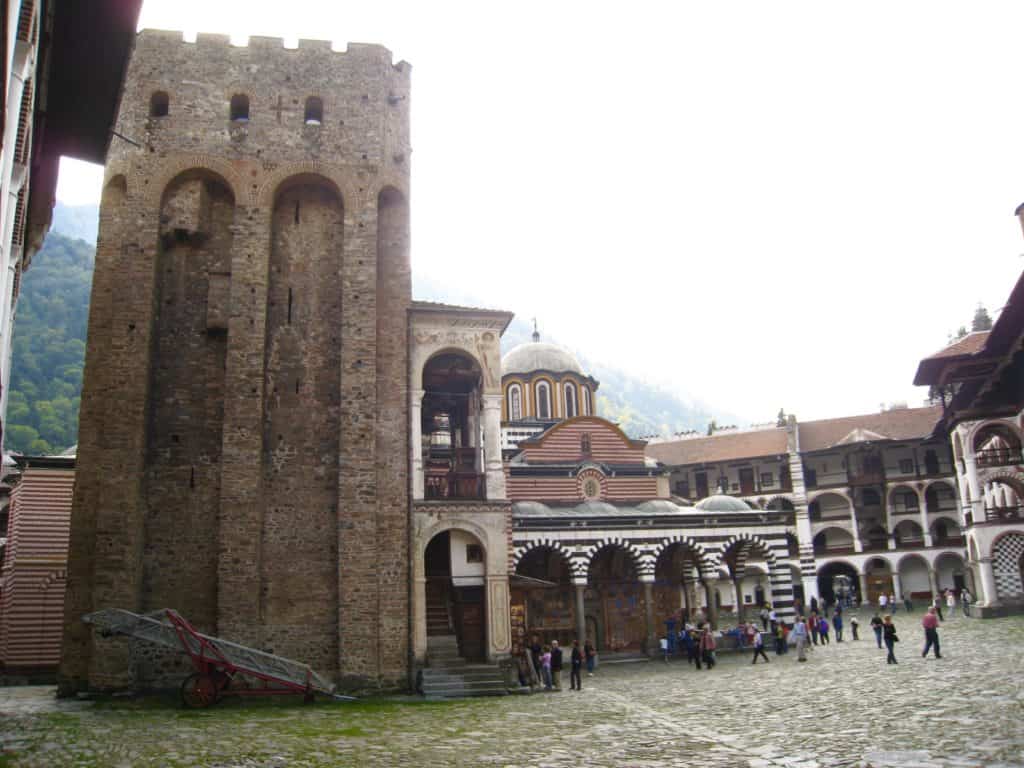 The oldest buildings in the complex, the tower and small church next to it, date to the mid-1300s.  The arrival of the Ottomans brought a lot of raids and destruction during the 15th century, so a lot of the monastery had to be rebuilt in the late 1400s.  It was also largely destroyed by fire at the beginning of the 1800s and had to be rebuilt again. 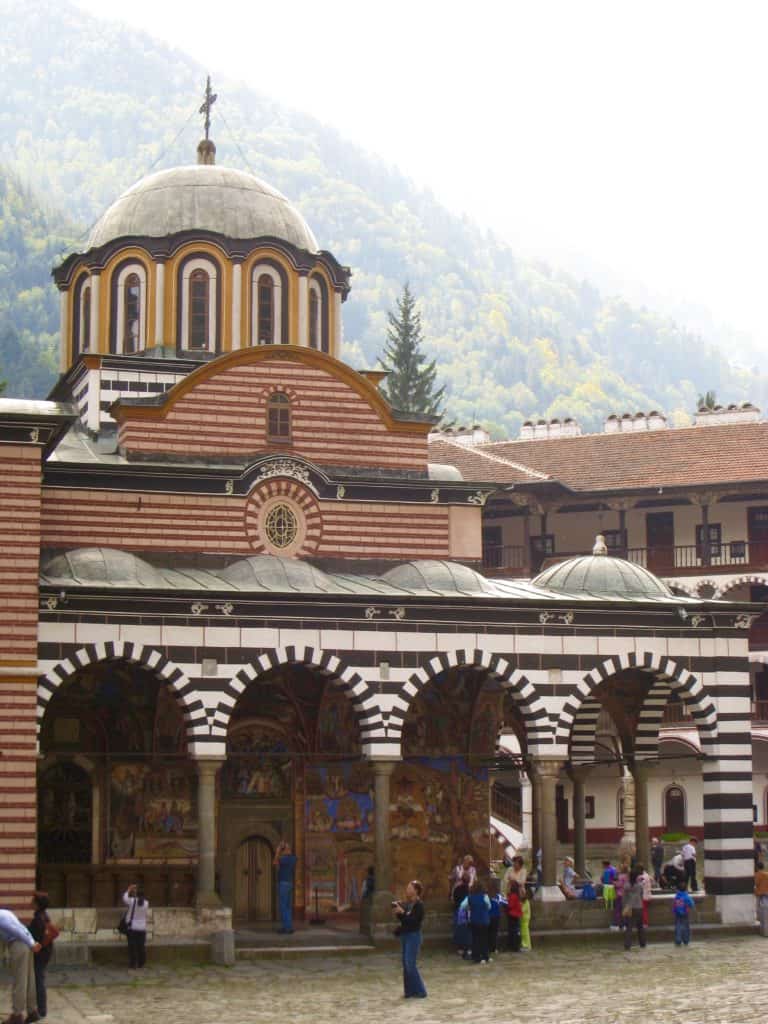 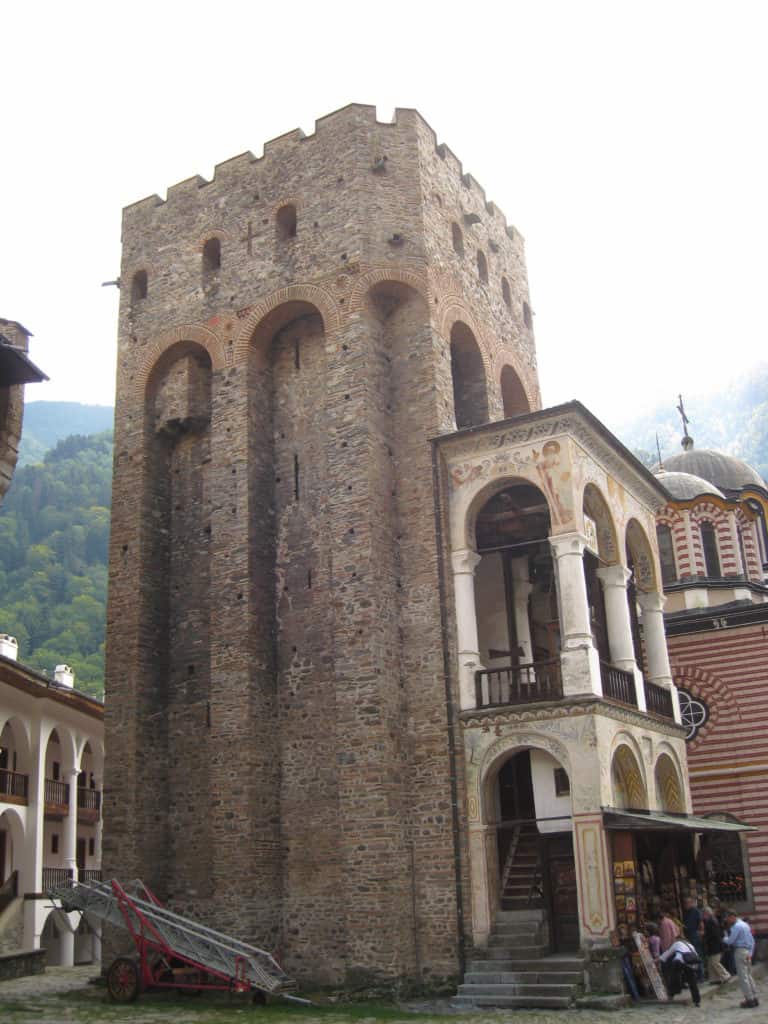 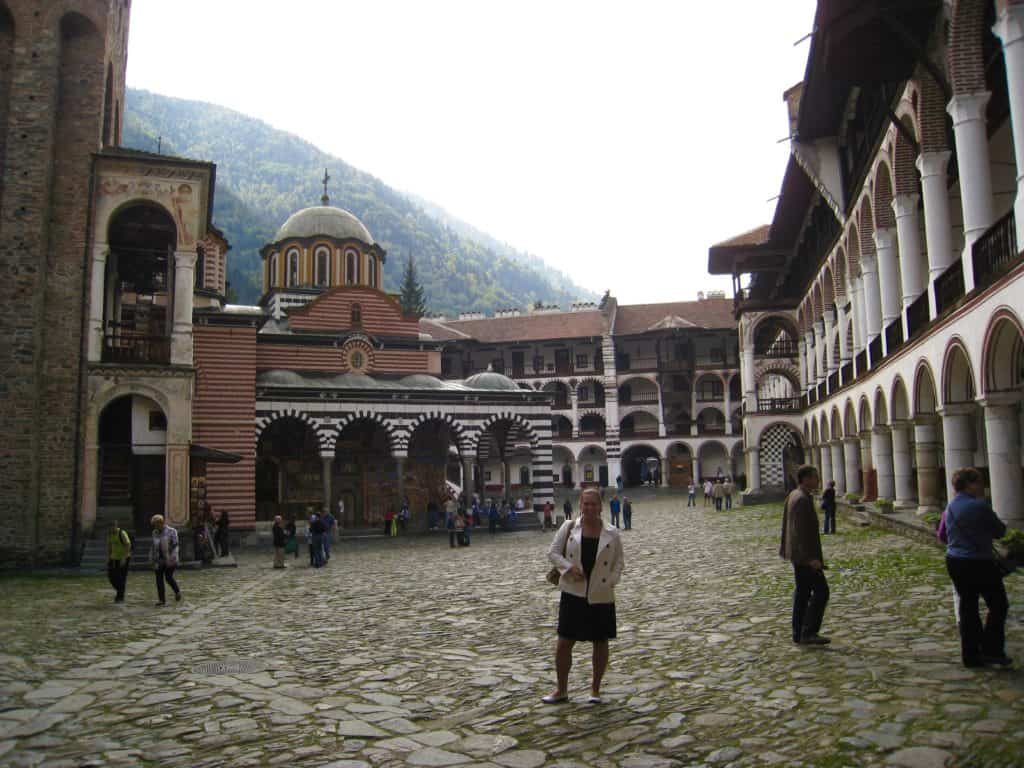 In addition to incredibly vibrant and rich frescoes, the monastery and adjoining museum are home to tons of icons, carvings, manuscripts, and paintings. 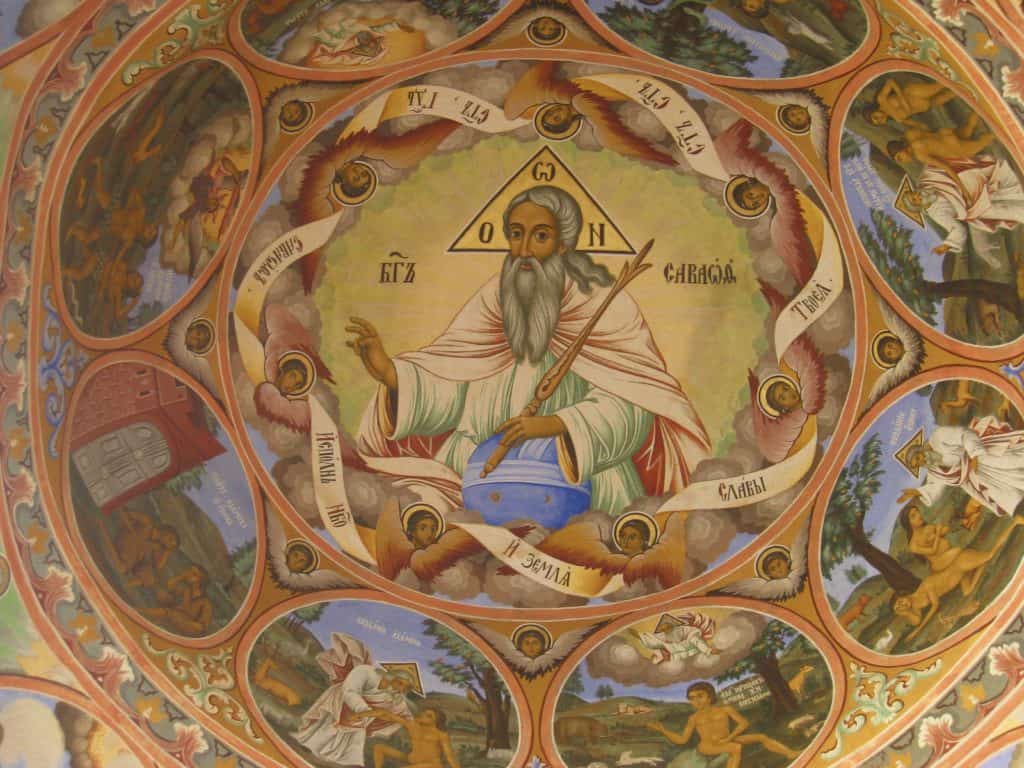 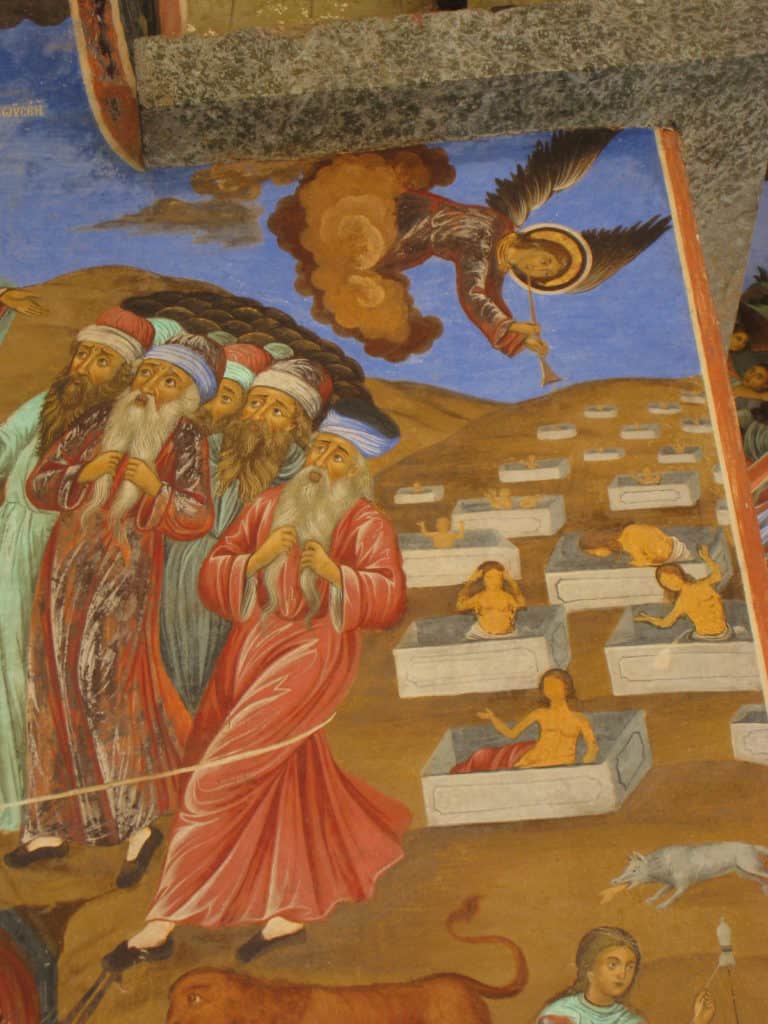 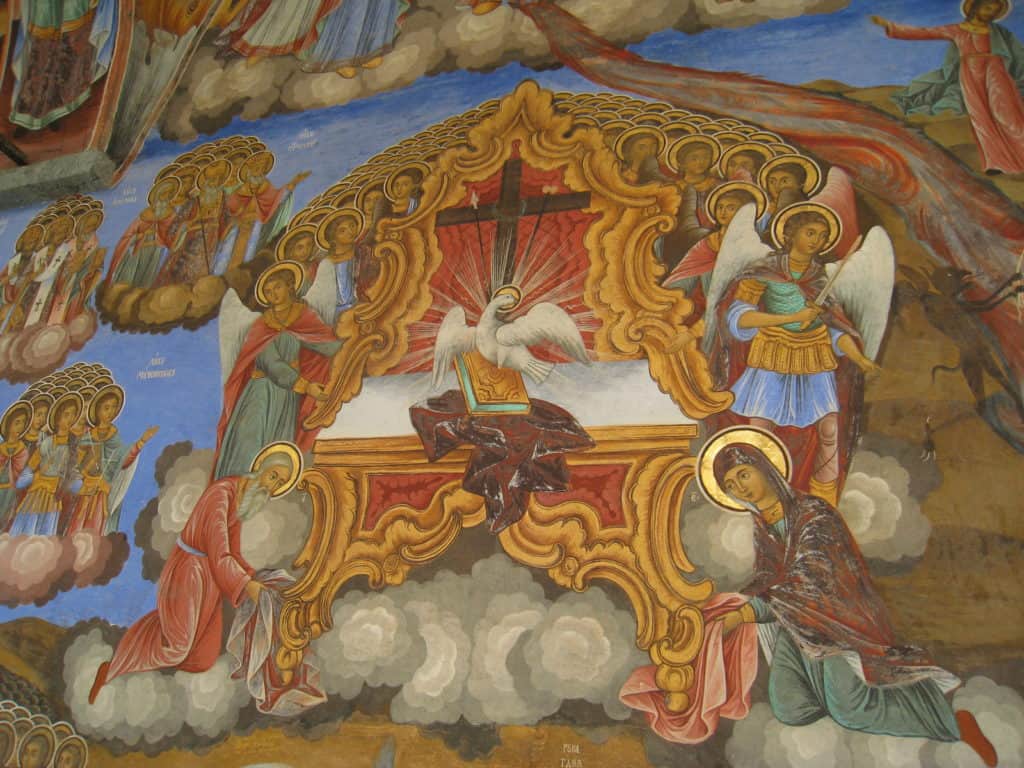 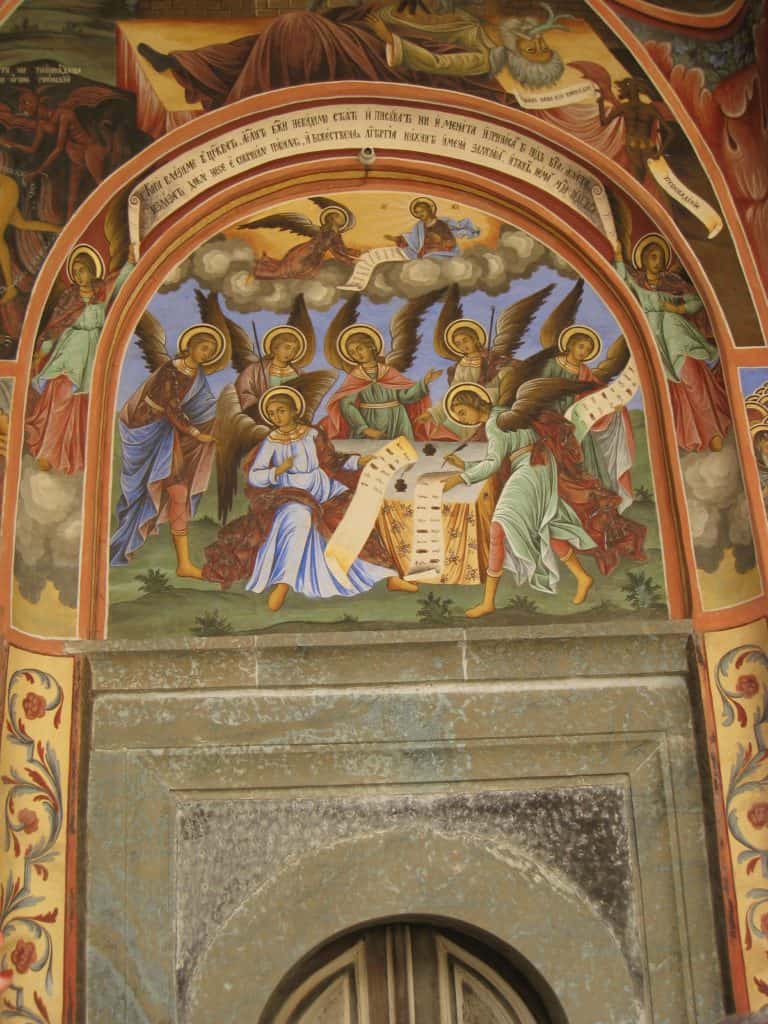 Our tour with Lubya at Rila Monastery took a few hours, and there was so much information.

In addition to the religious buildings, you can tour some of the more mundane aspects of monastic life such as kitchens and bedrooms.  If you’re at all interested in history, this is definitely a worthwhile day trip from Sofia. 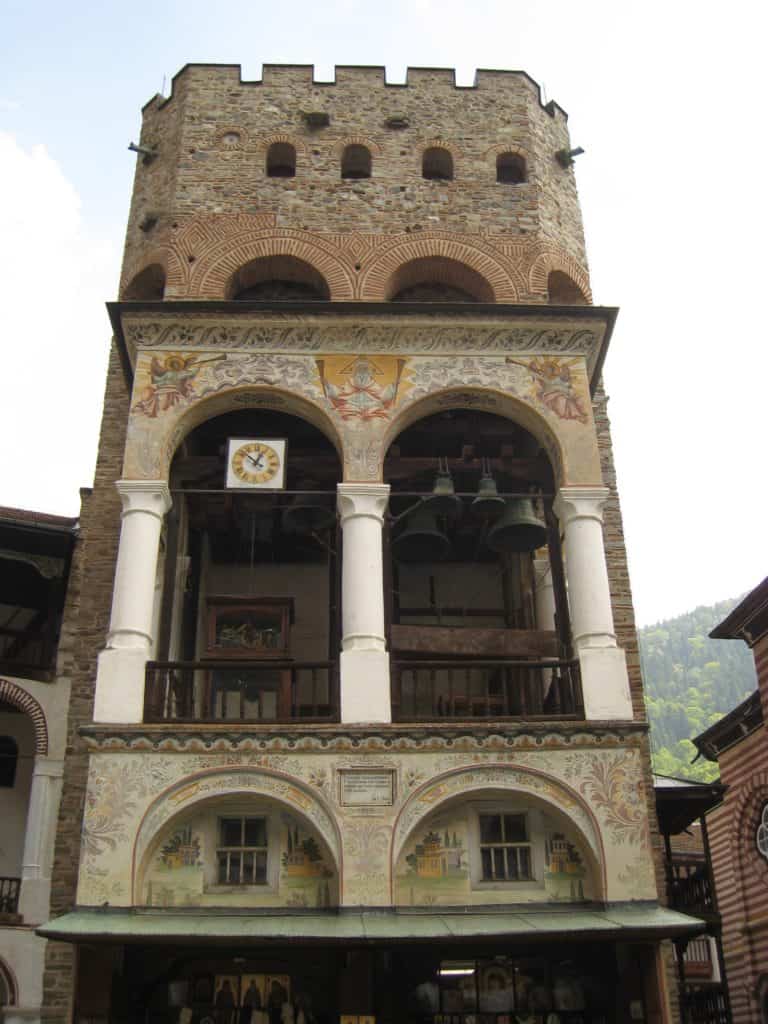 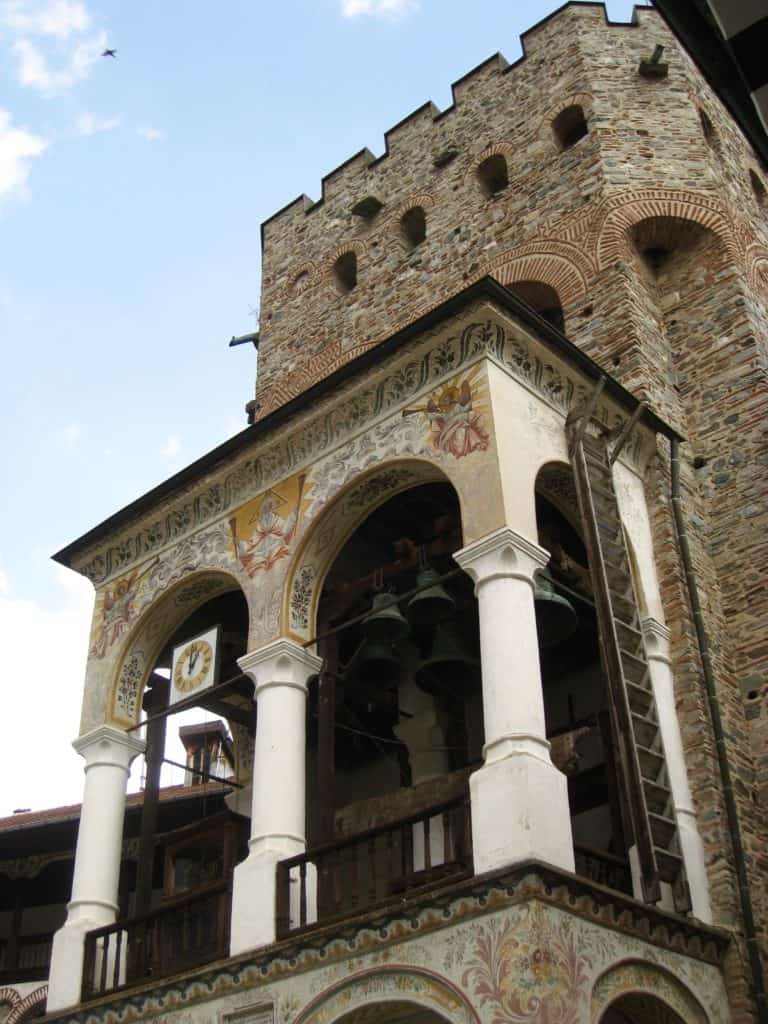 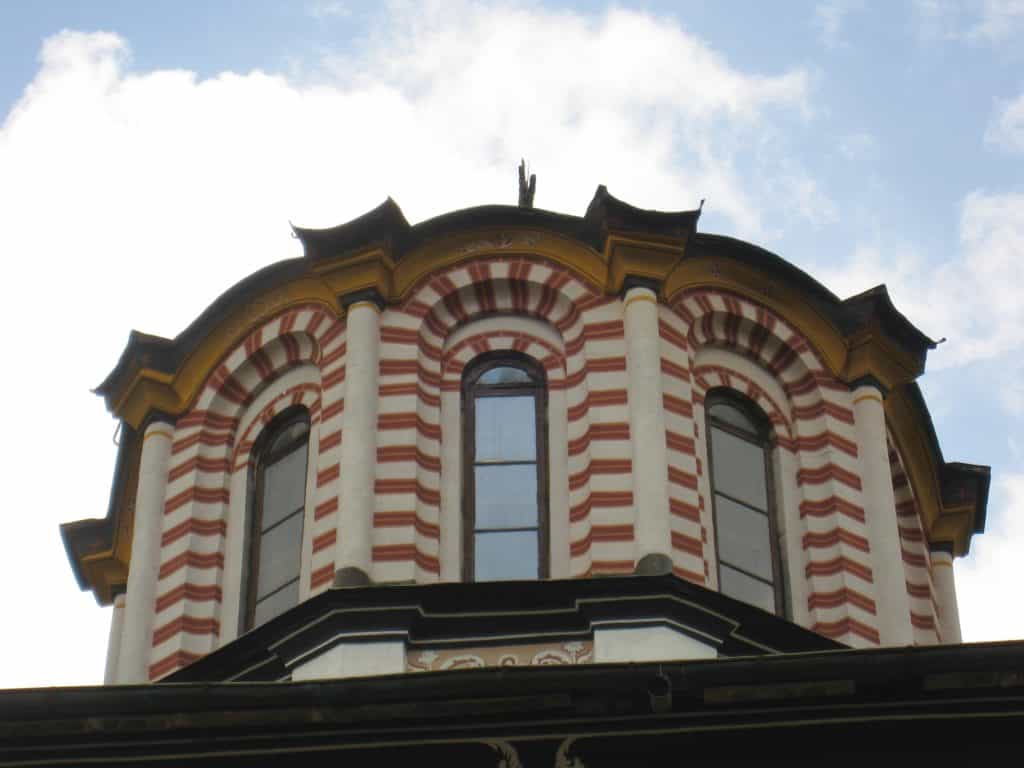 It’s hard not to be drawn in by the brightly-colored stripes, yellow domes, elegant arches, and gold everywhere.  The architecture is so fun and interesting compared to most European religious sites I’ve seen. 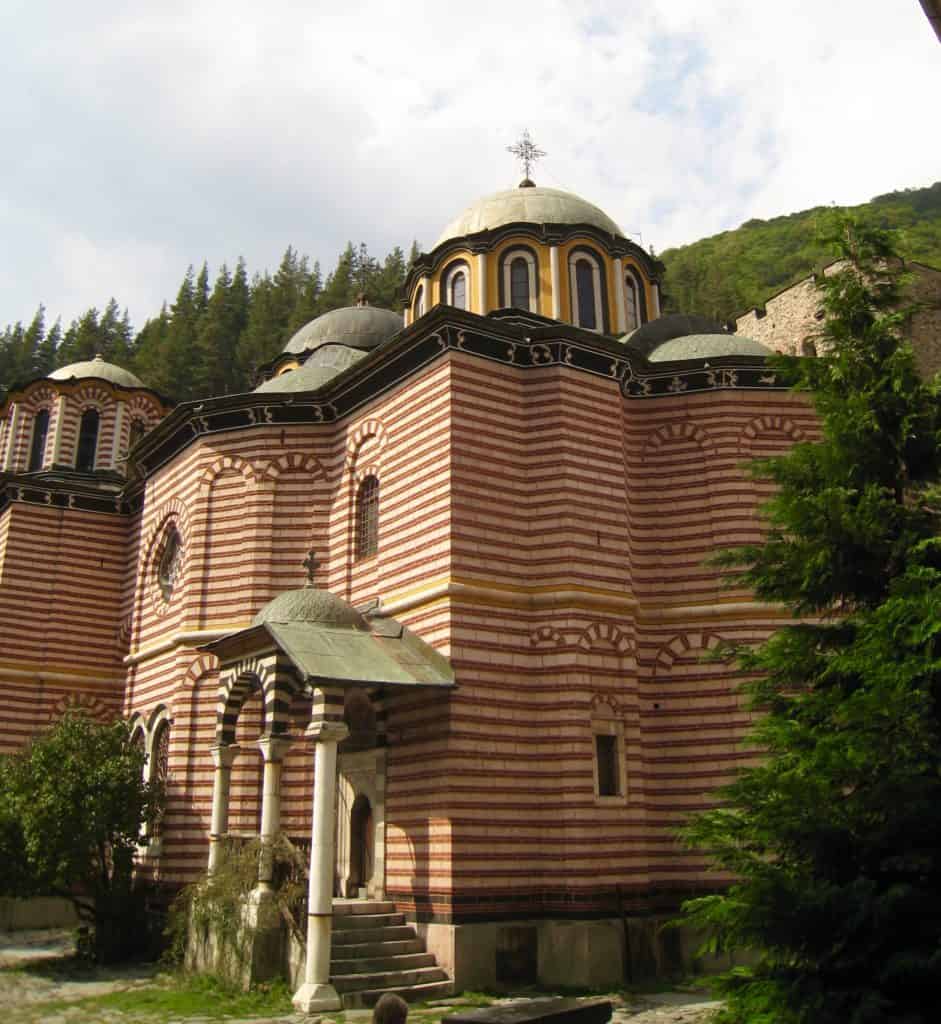 After so much touring, our stomachs were rumbling so we stopped at a little restaurant right outside the gates for some traditional fare. 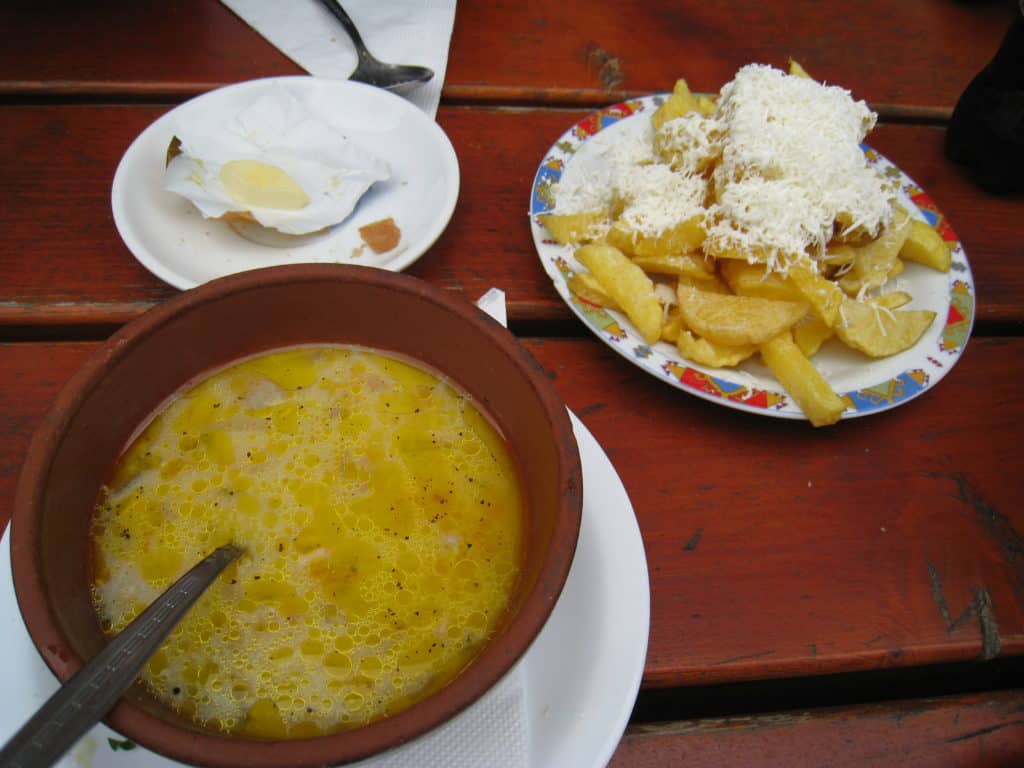 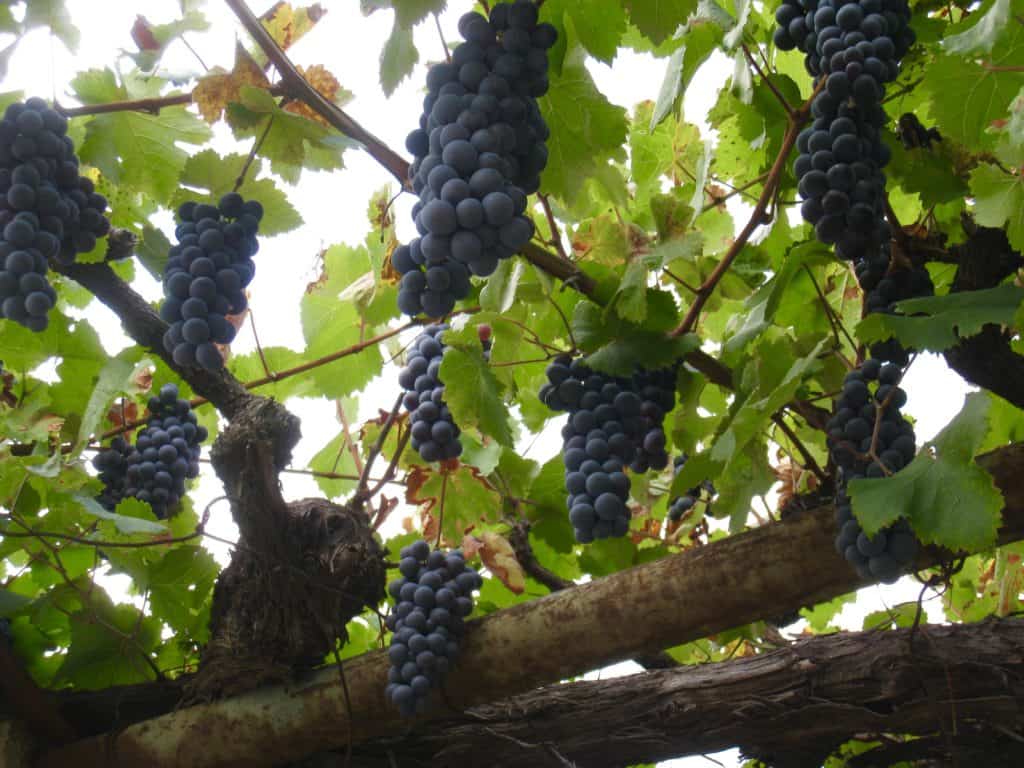 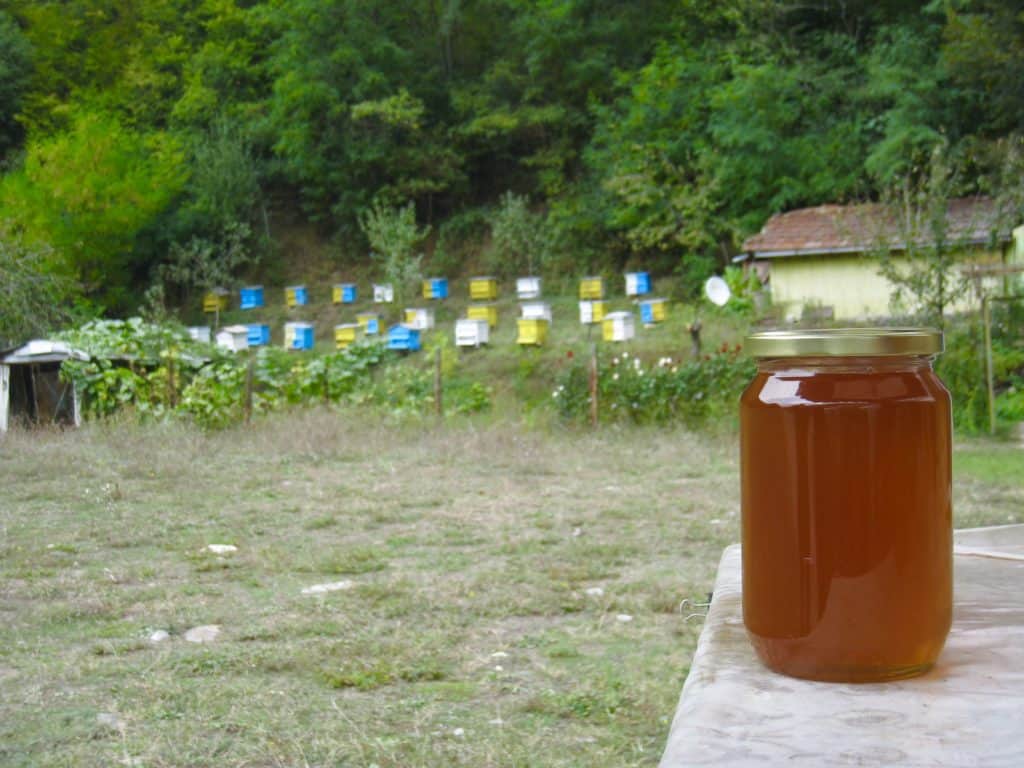 On our drive back down we were captivated by random grapevines loaded down with fruit and these colorful beehives.  I couldn’t resist buying a huge jar of the honey to take home—some of the best I’ve ever had!

What you need to know about visiting Rila Monastery: 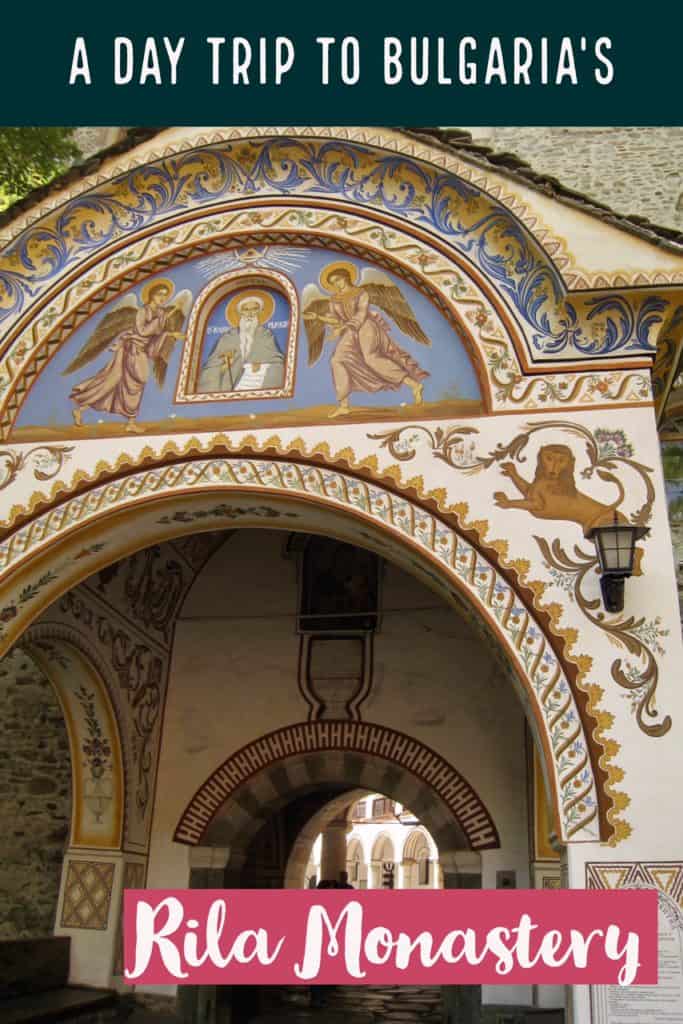 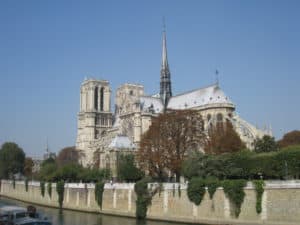 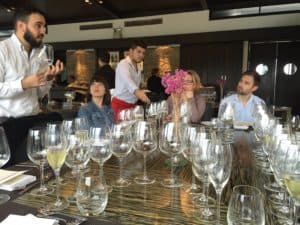