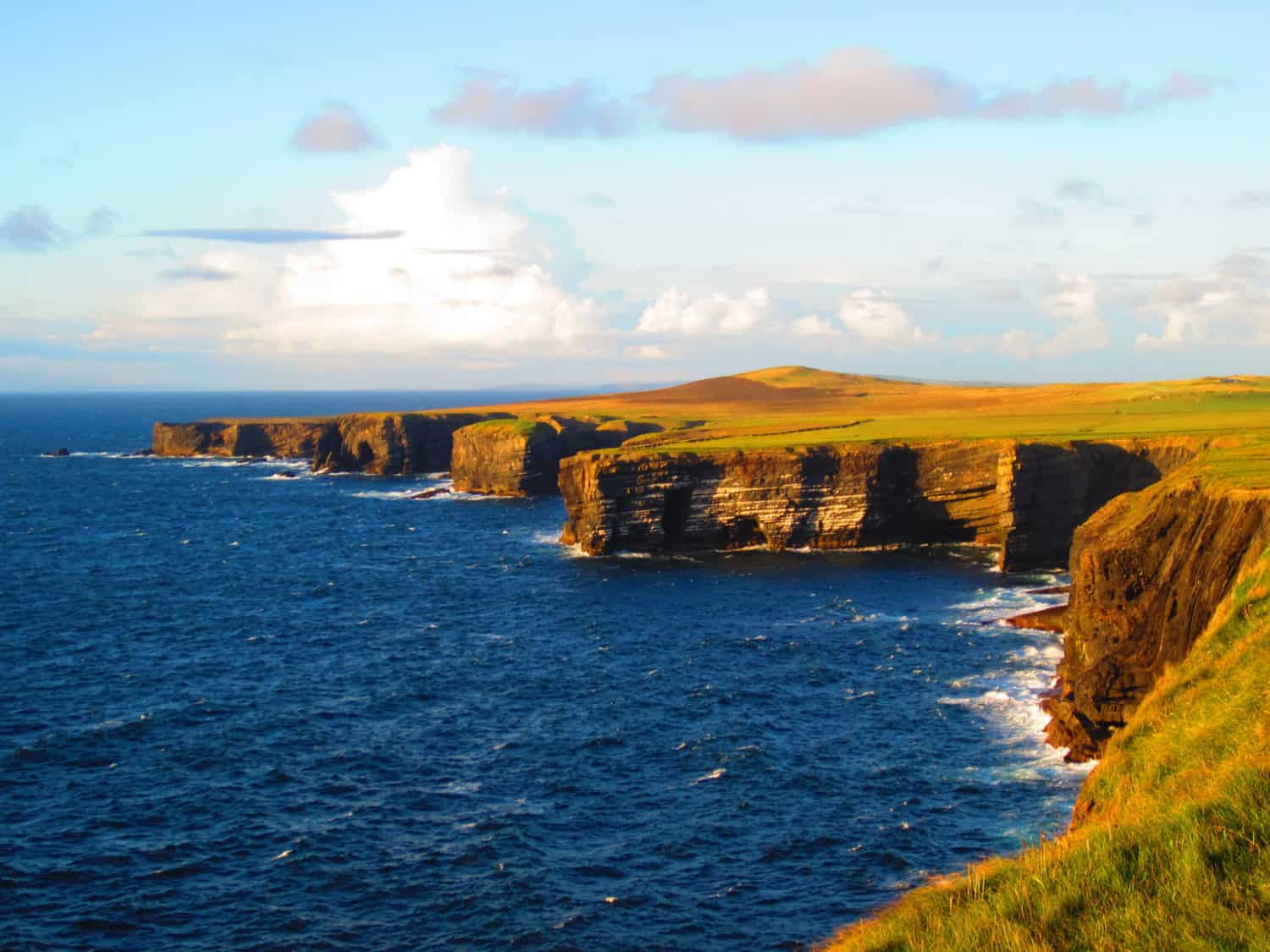 I’ve mentioned that one of my main goals when planning our Irish road trip was avoiding the “absolute must-visit” sites.  I realize that sounds kind of weird, but we were going in early August, right at the tail-end of peak tourist season.

I’d heard horror stories of tourist hordes and tiny Irish roads crammed with tour buses.  I didn’t want to spend the whole trip stuck behind a string of tour buses, craning for a glimpse of scenery.  So instead I looked for more off-the-beaten path alternatives to the most hyped sights.  For instance, we drove the gorgeous Beara Peninsula and Dingle Peninsula instead of the Ring of Kerry.

And instead of the famous Cliffs of Moher, I decided on Loop Head instead. 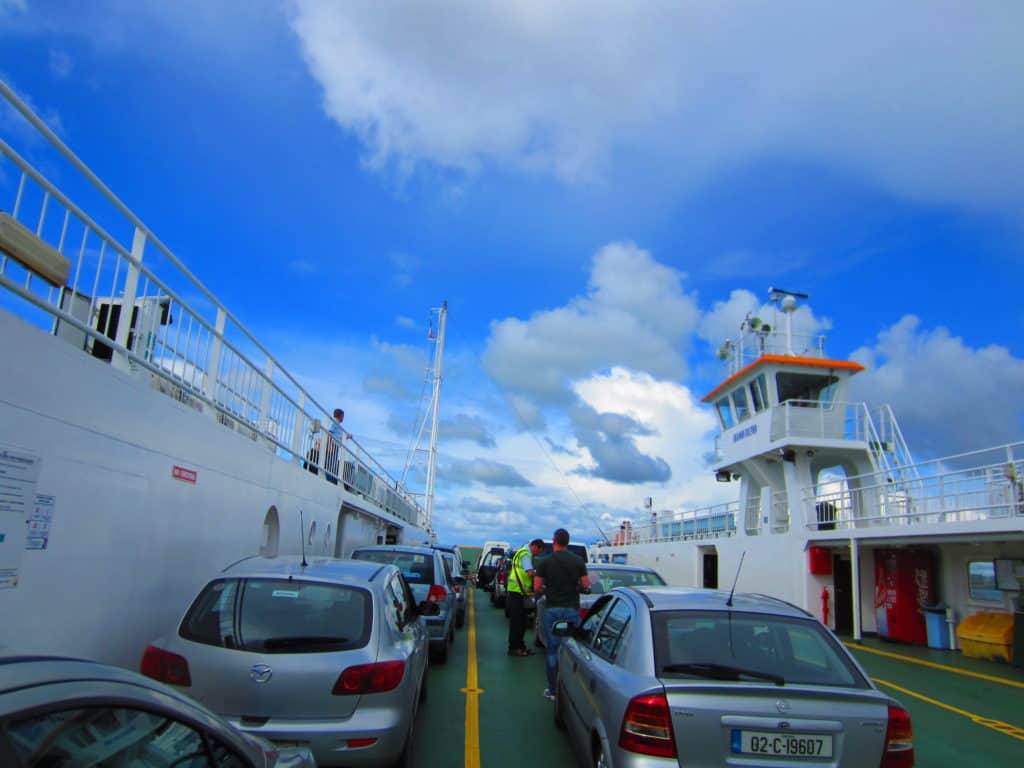 A note before we start:  these pics are RUFF.  My cameras back then were terrible and I had a weird oversaturation filter on for some of them…I almost didn’t do this post because the pics weren’t good.

We’d had a delightful day in medieval Kilkenny, followed by a couple days based in Kenmare driving the aforementioned Beara and Dingle Peninsulas.  Before heading over to Dublin to finish out our trip, we drove up to Tarbert (in County Kerry) and grabbed the ferry over, then drove out to Kilkee. 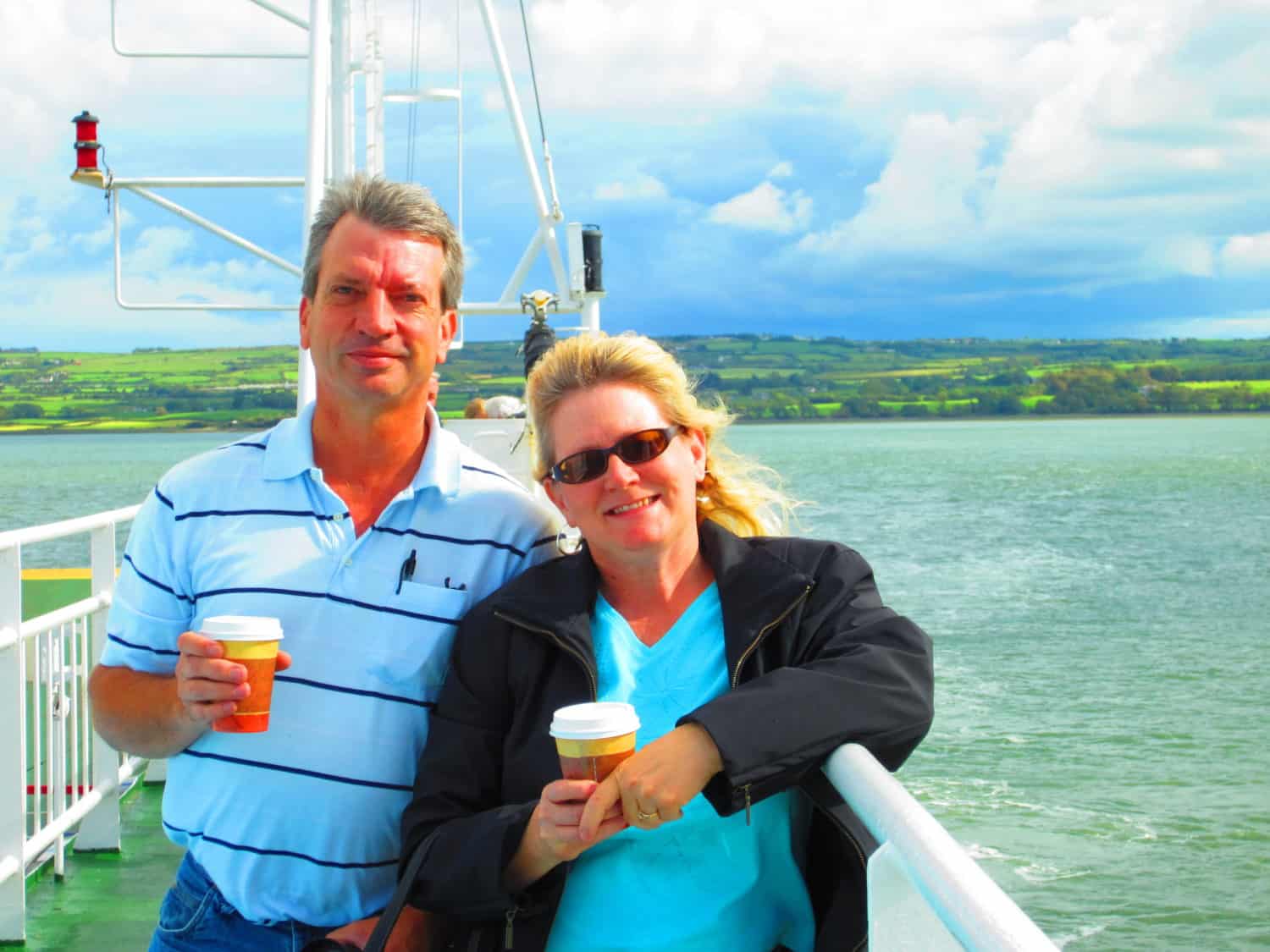 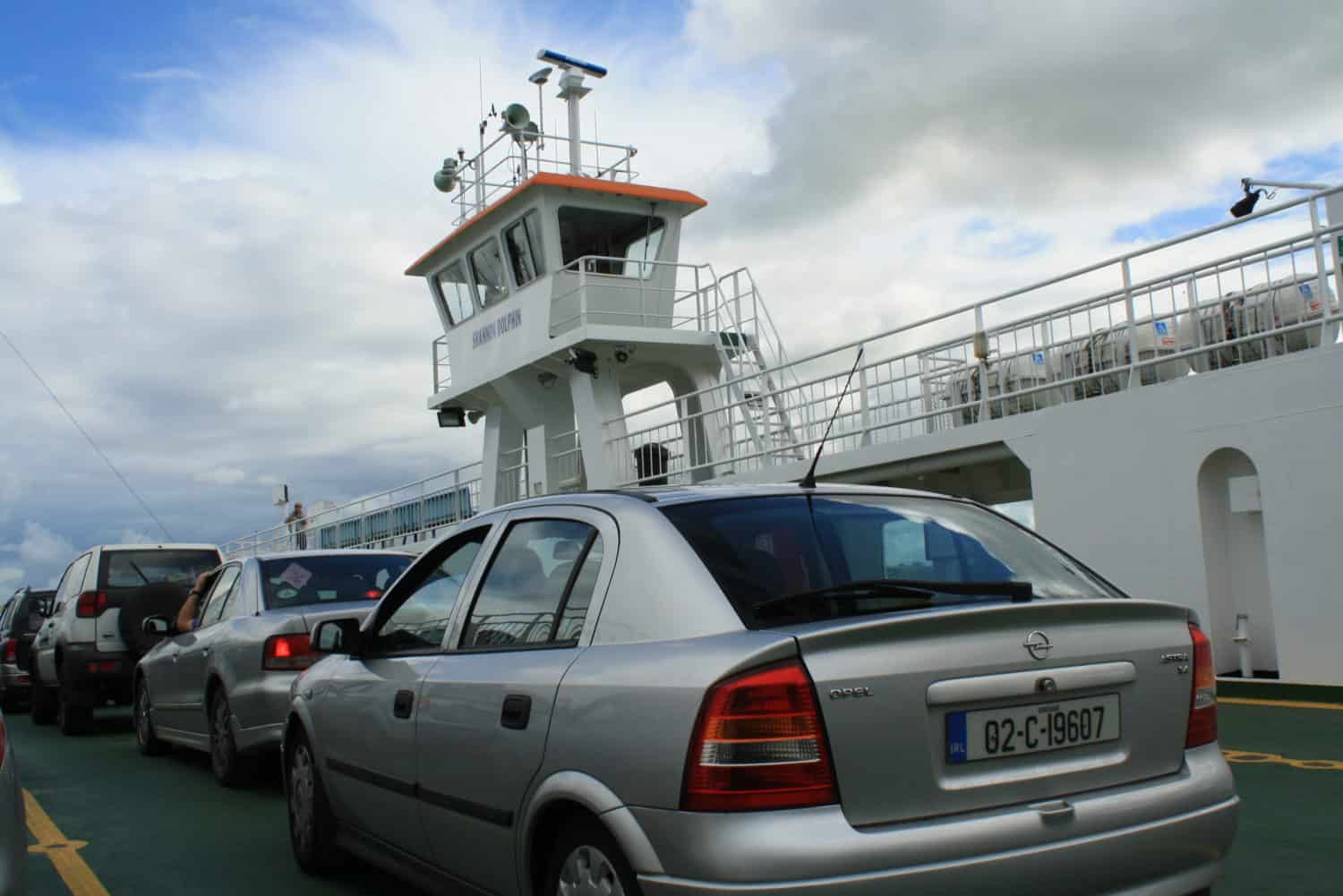 It was late afternoon when we checked in to our B&B, so we immediately headed out to the lighthouse to be able to catch the sunset. 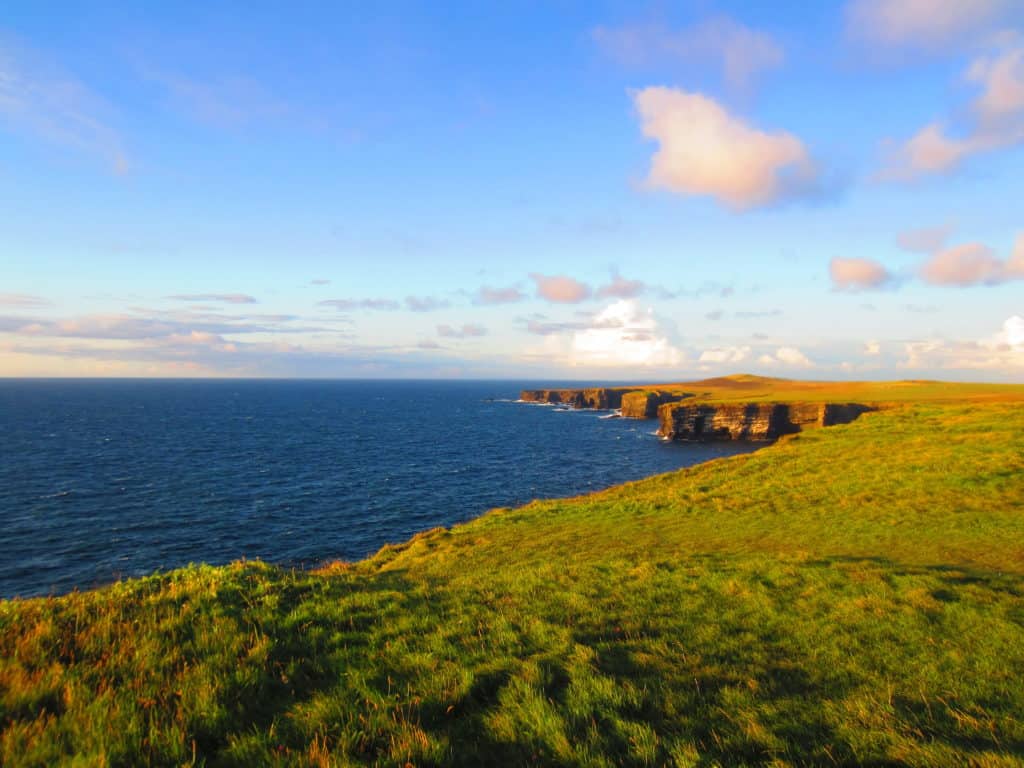 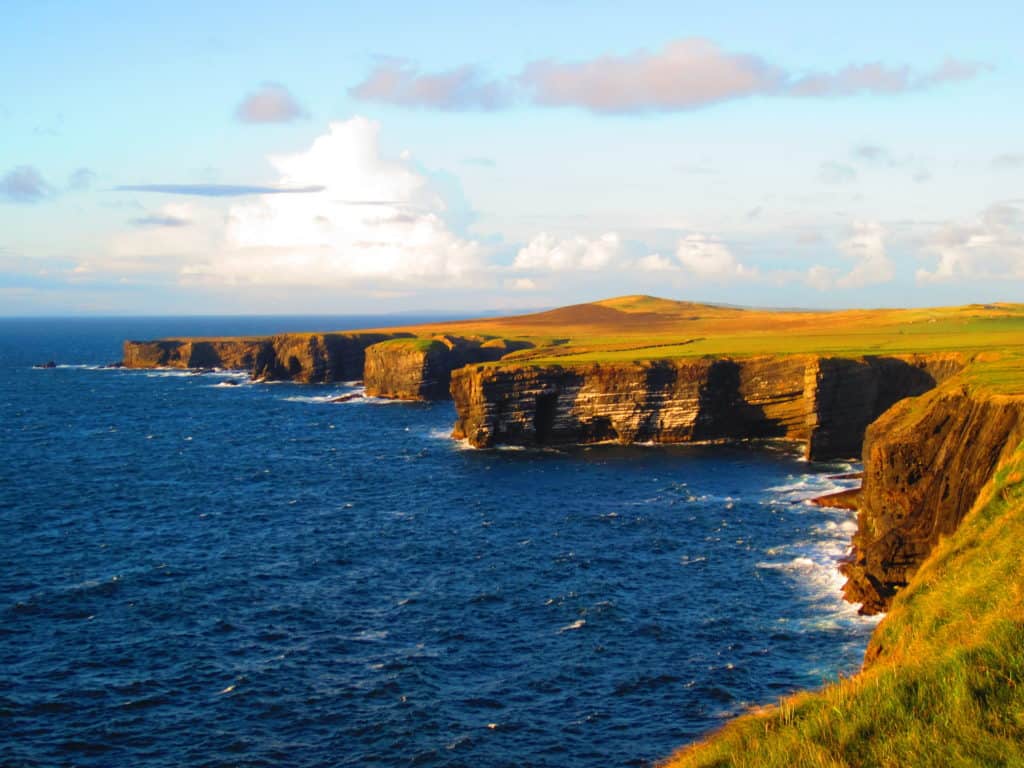 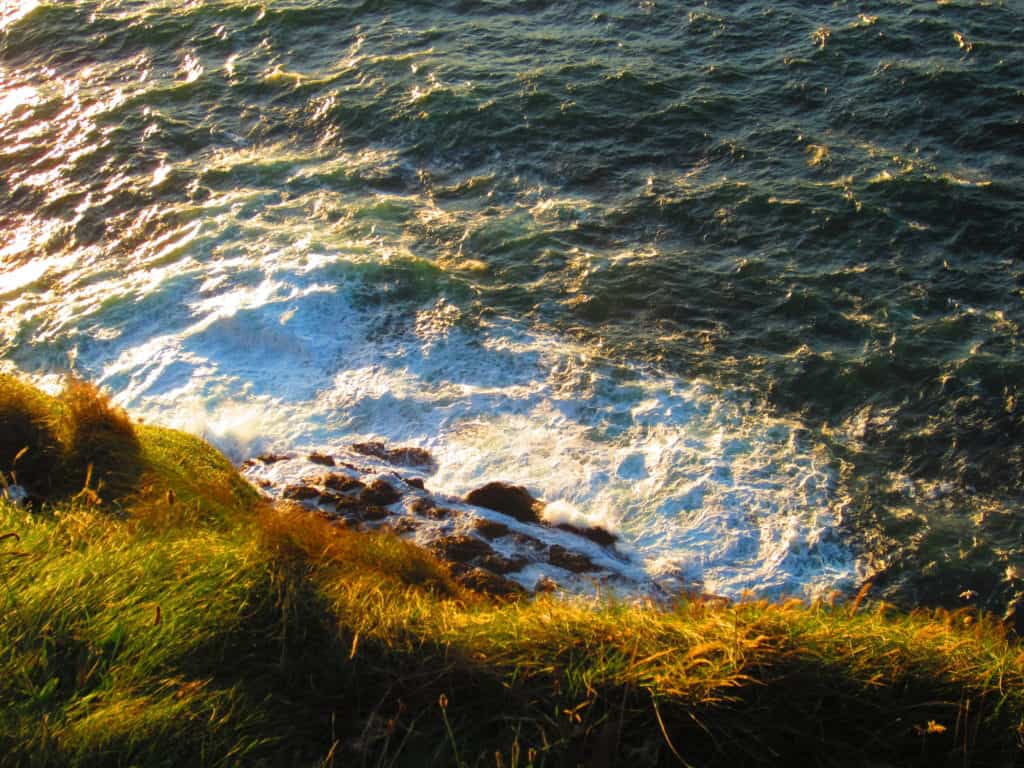 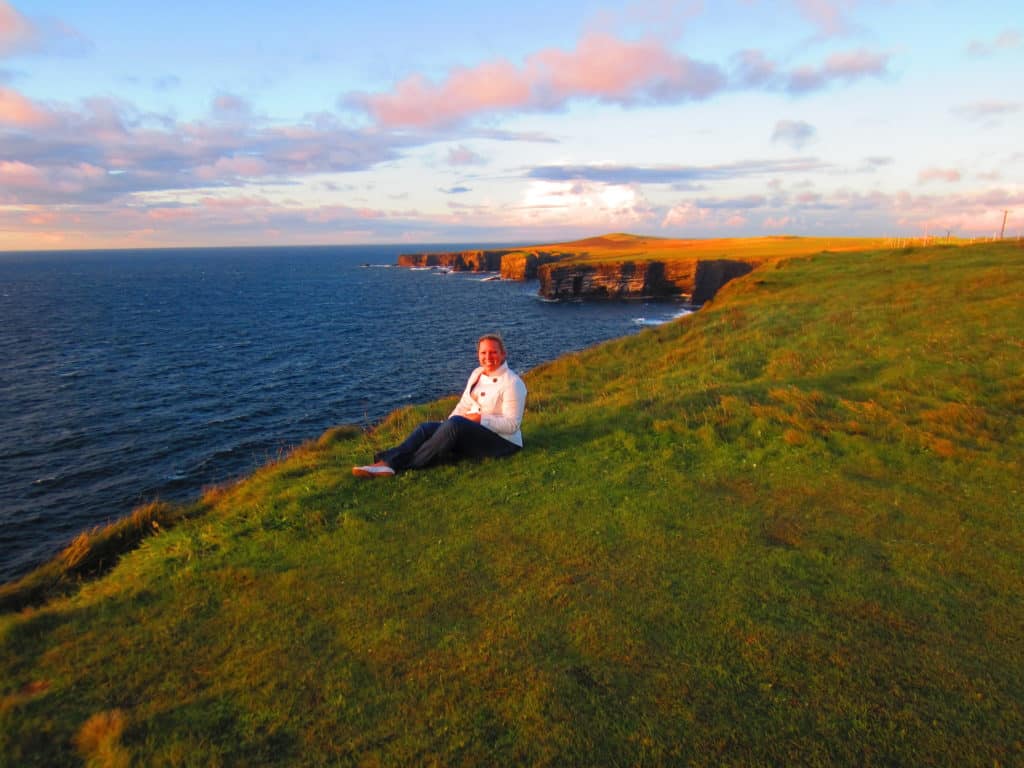 What you need to know about Loop Head:  It’s not the Cliffs of Moher.  It’s gorgeous, dramatic, and largely undiscovered, so you have the place to yourself.  You can army-crawl your way right up to the edge (so you don’t get blown over!), congratulate yourself on your daring, and then carefully back away.  It’s like you’re on the edge of the world, and don’t have to share it with anyone.

I haven’t been to Moher so can’t directly compare except pictures and other people’s stories [update: I have now].  Loop Head is definitely more isolated, less crowded, and has a cute lighthouse, to boot.  It doesn’t cost, you won’t have to fight for parking, and you might be out of luck if you need a bathroom.

It’s definitely a bit out of the way for some itineraries.  But it’s an amazing and off-the-beaten path alternative to Cliffs of Moher if dramatic waves and sheer cliffs are your aim.

Here’s what to expect at the Cliffs of Moher & the best alternatives! 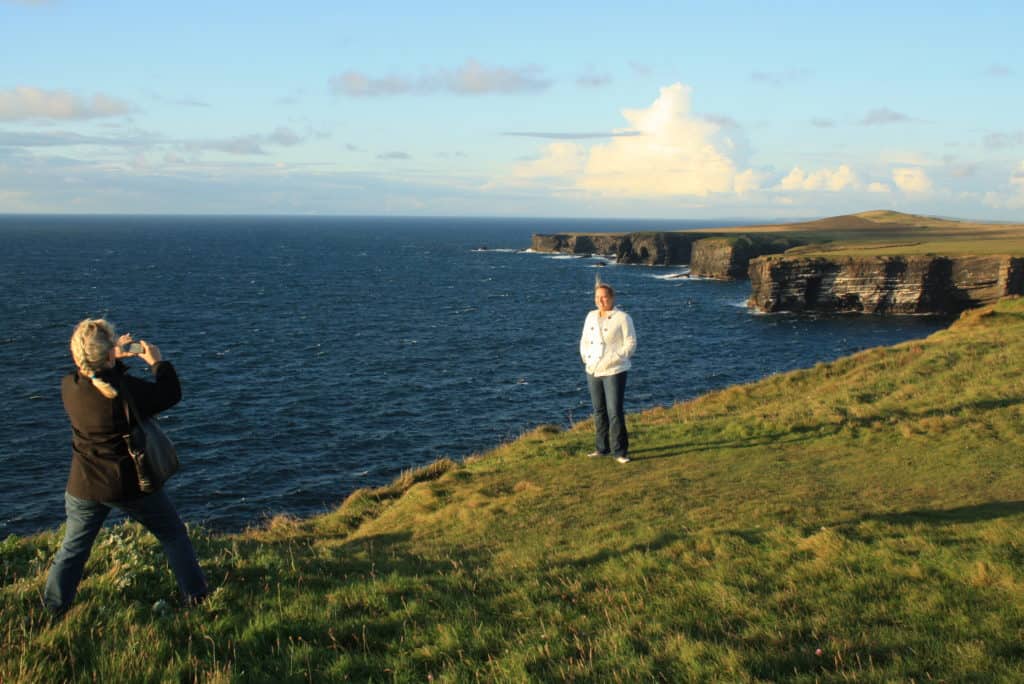 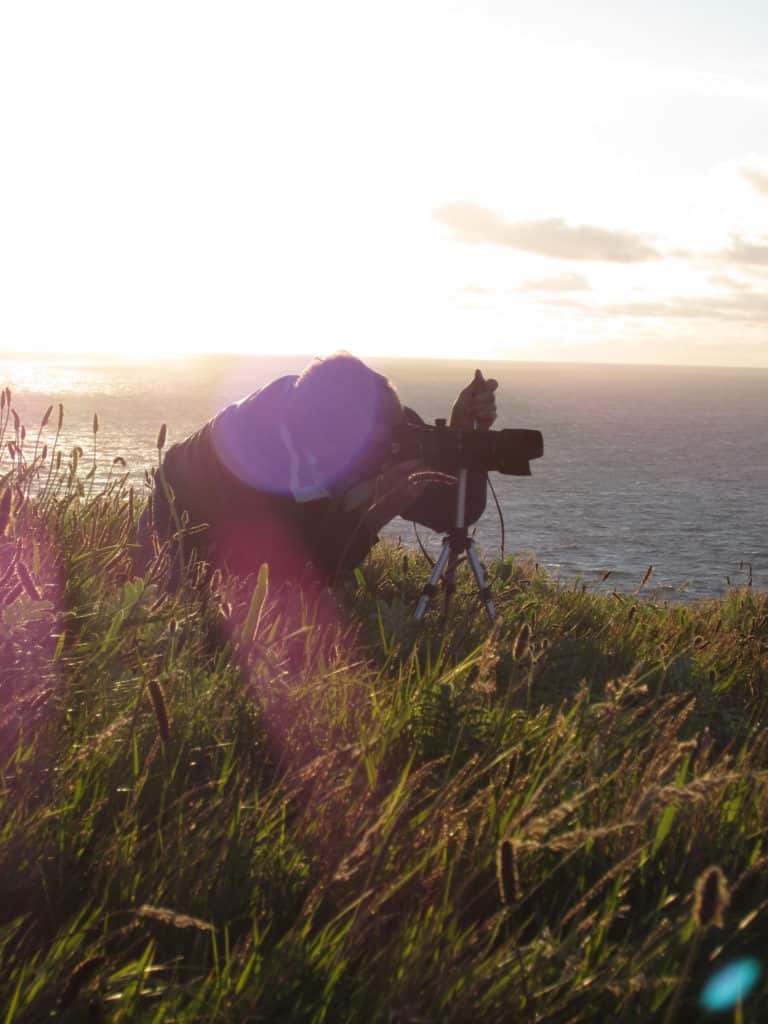 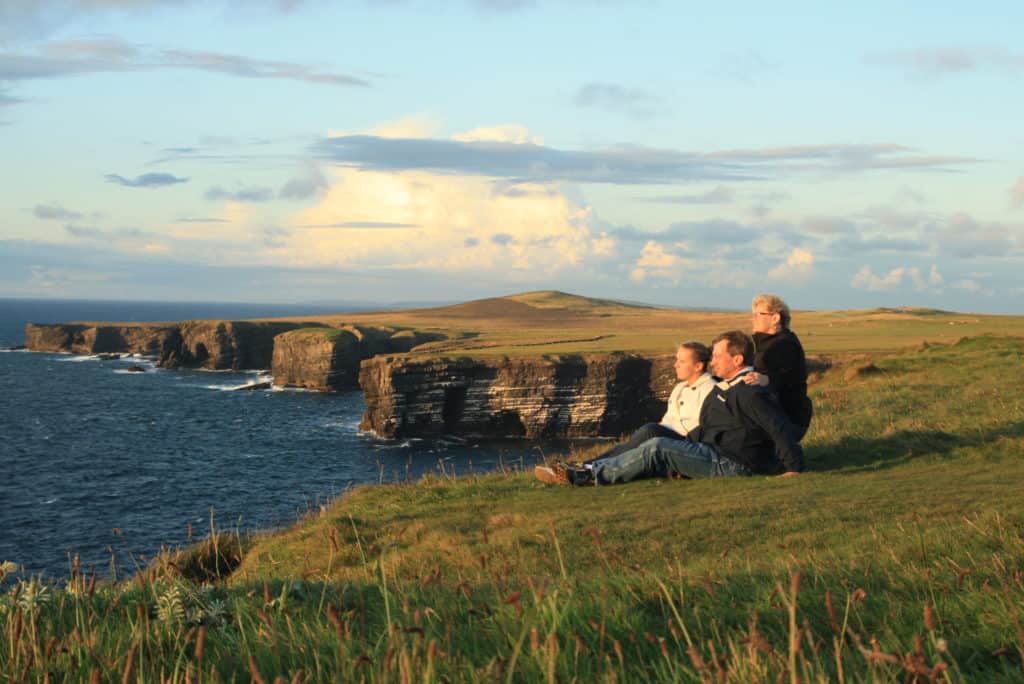 My parents and I had ourselves a little photo shoot, and then just enjoyed the views and the colors of the sunset.  I got as close to the edge as I could, and freaked my mom out in the process.

A word of warning, there are absolutely no railings of any kind, so do be quite careful—between the slippery grass and the wind, it wouldn’t take much to go over the edge! 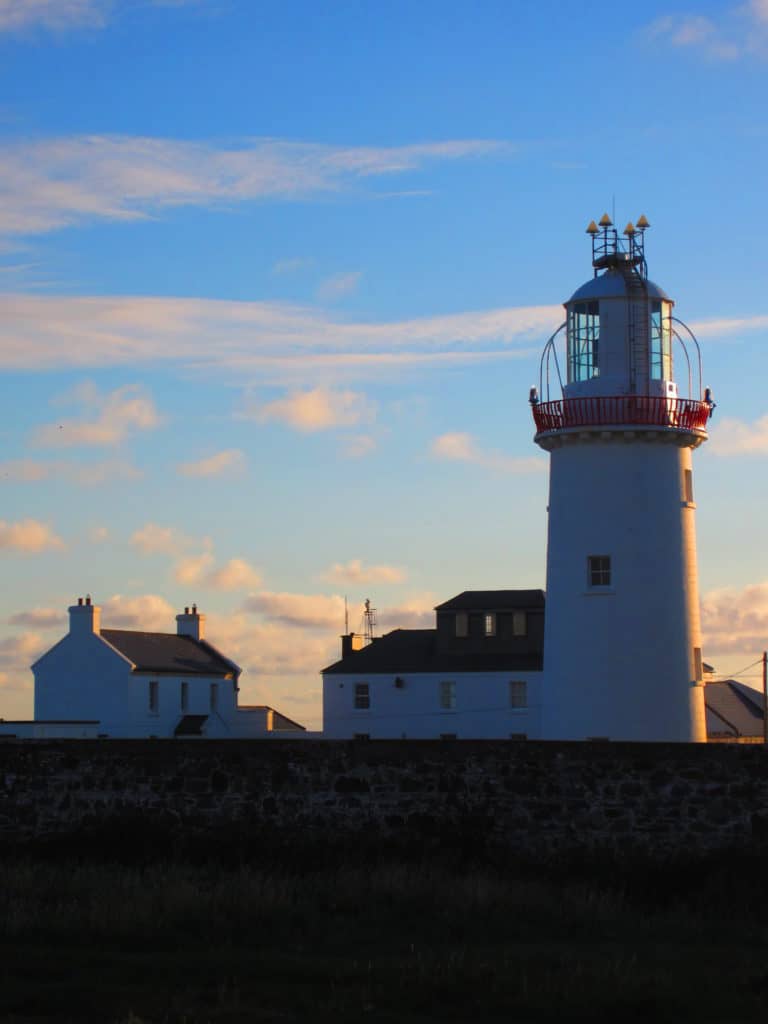 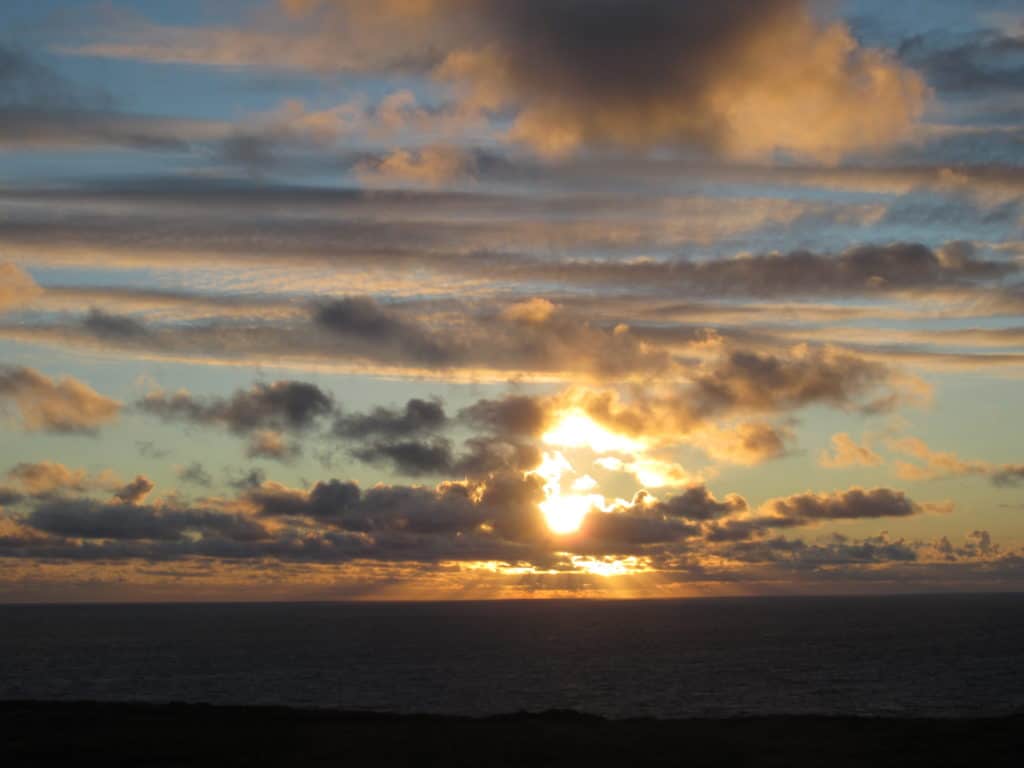 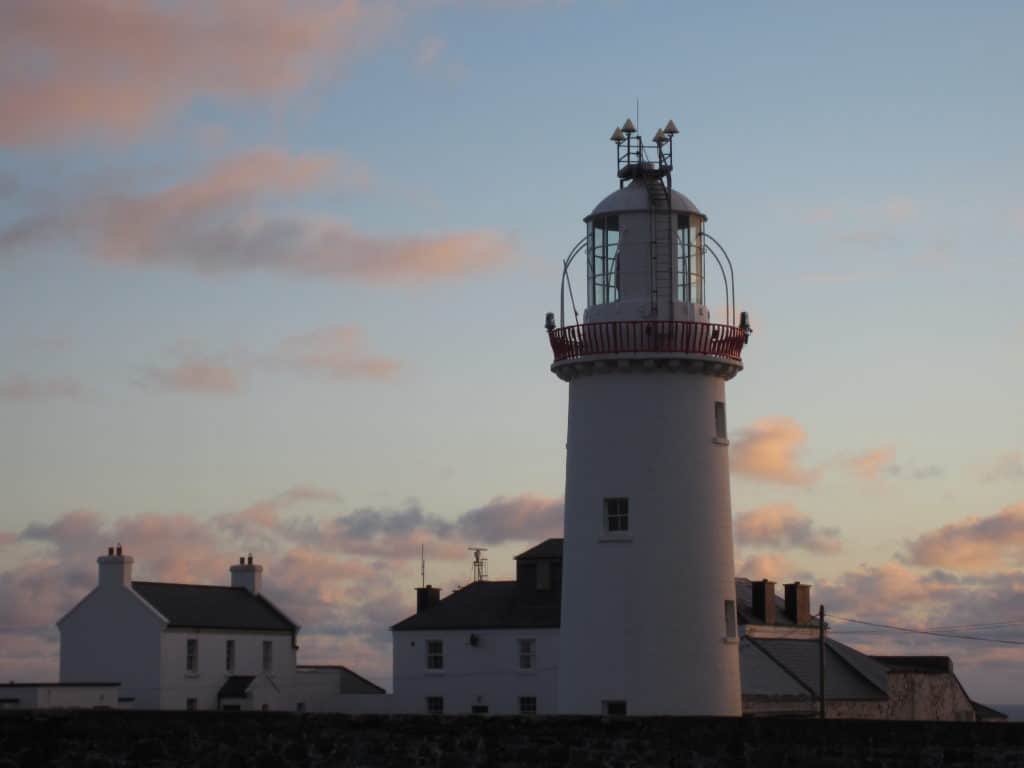 We were literally the only people there.  During peak tourist season in Ireland.  If that isn’t a bit of Irish magic, I don’t know what is! 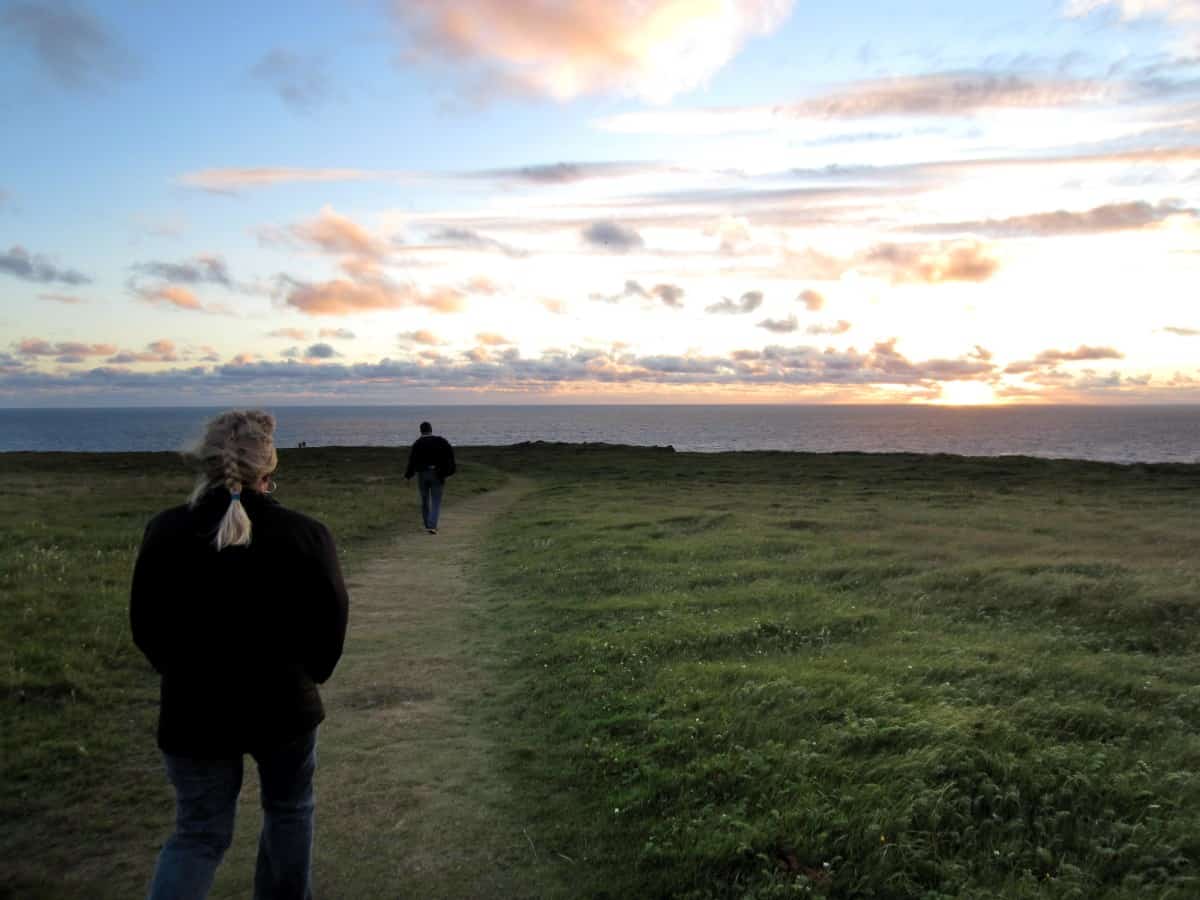 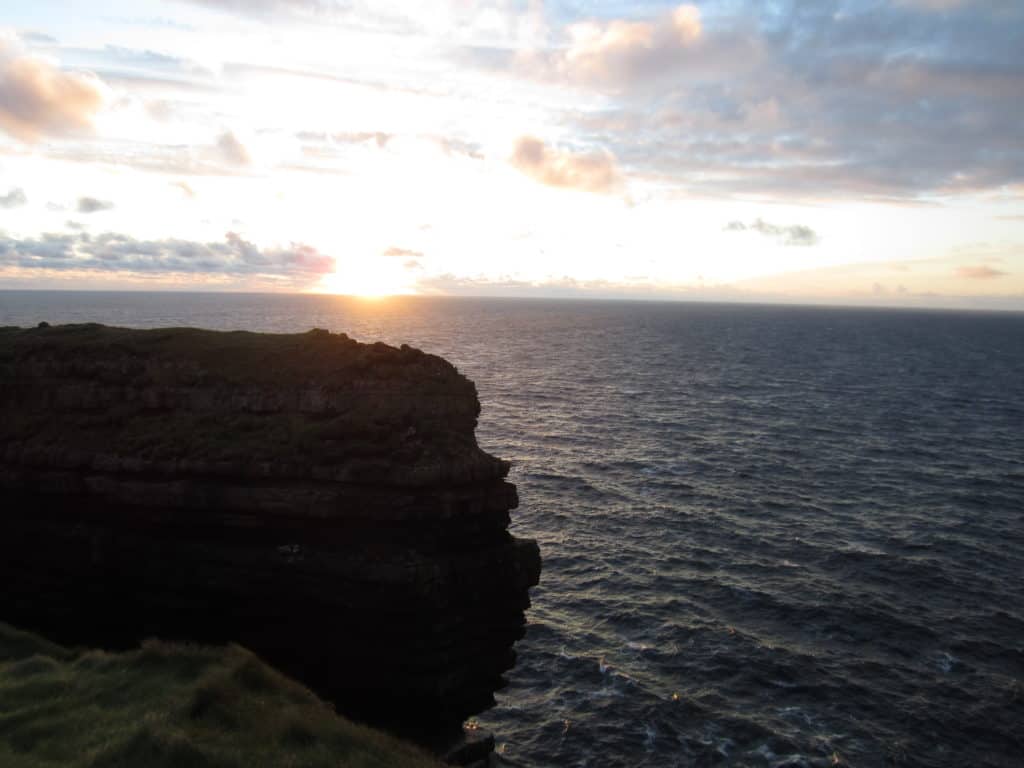 I mean…do these colors even look real?! 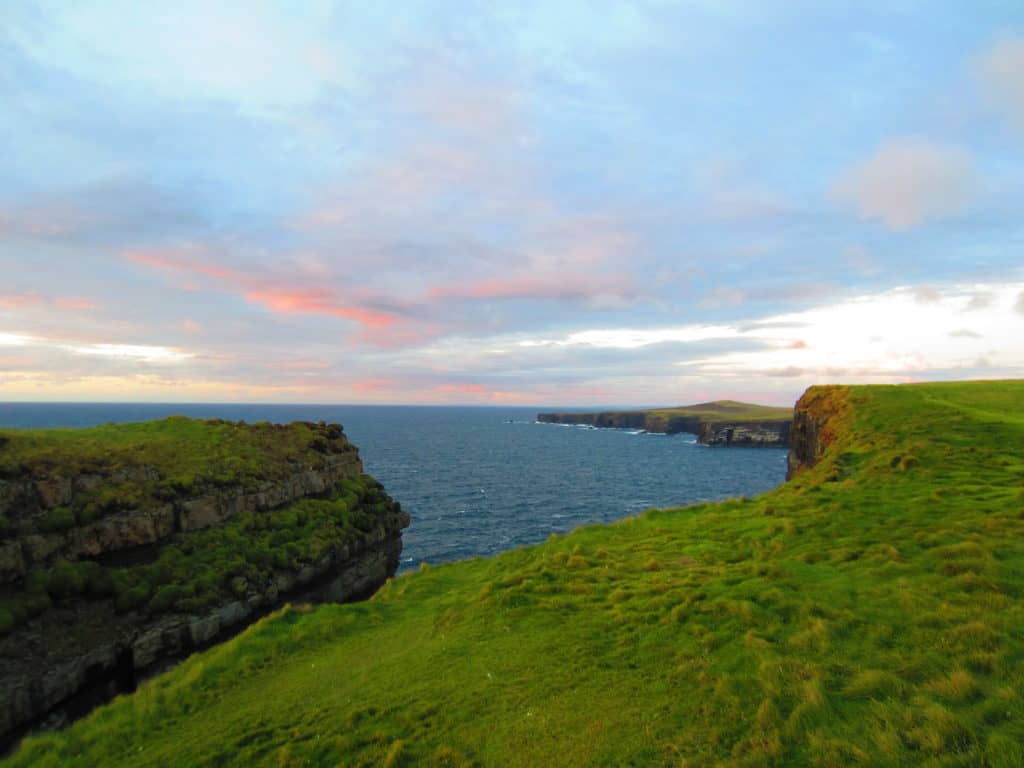 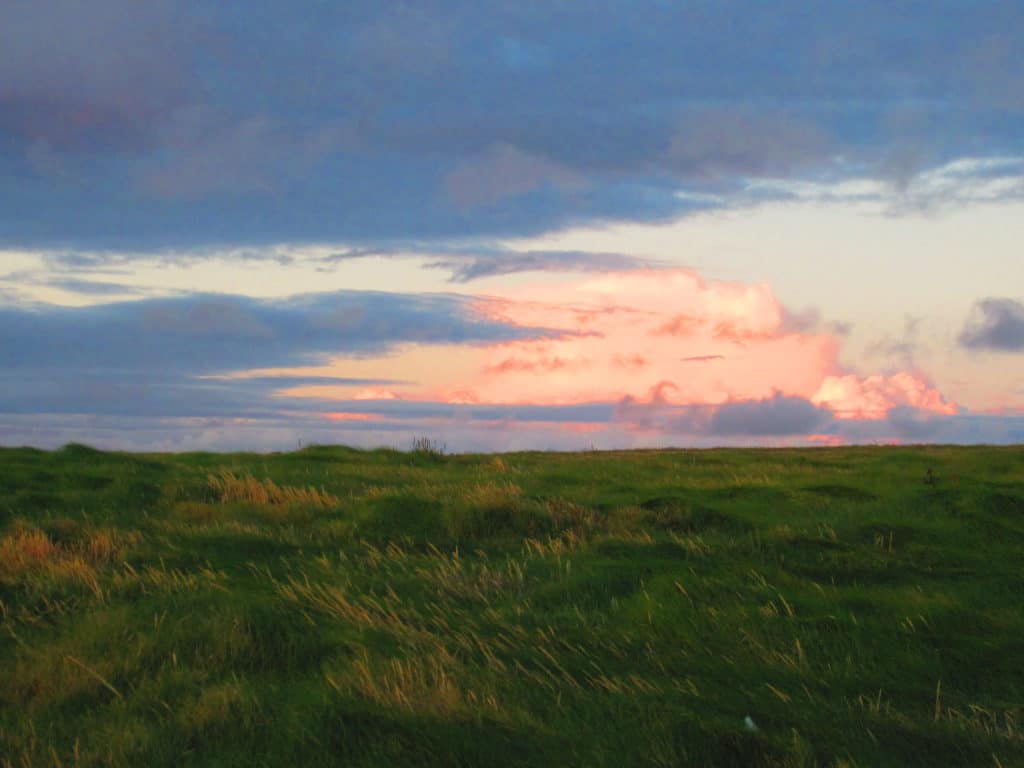 How to plan your trip to Loop Head, Ireland:

I’d love to know your other tips for less-touristy alternatives in Ireland, since I want to do a return trip some day!  I did the Beara and Dingle Peninsulas instead of Ring of Kerry.  What else should we have done??  Hit me up in the comments! 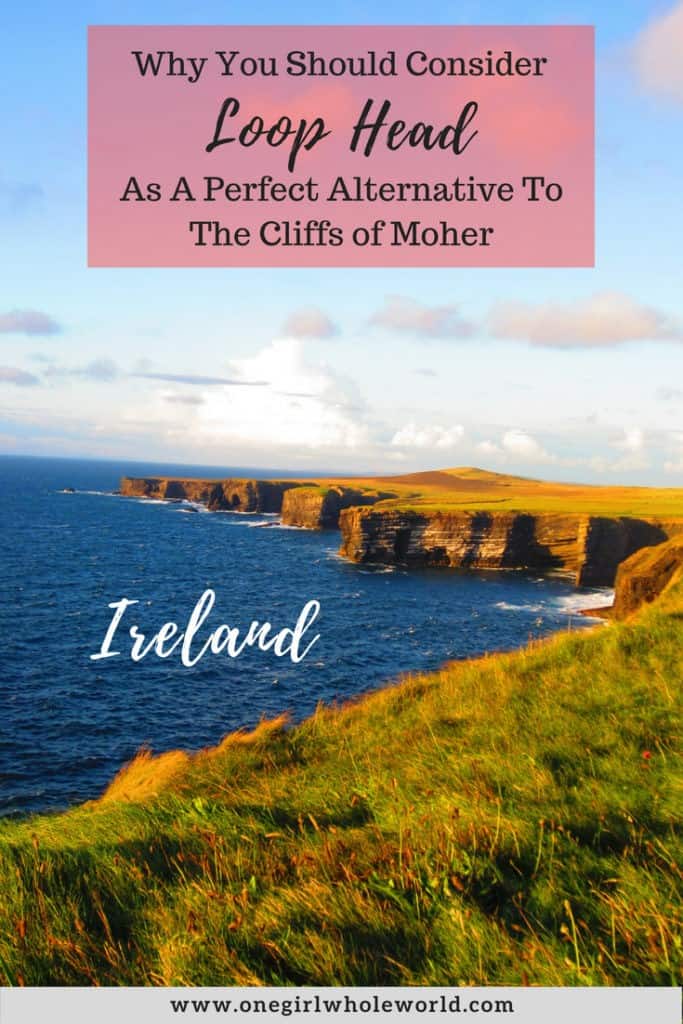 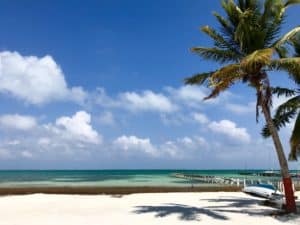 How To Have A Super Chill Vacay In Caye Caulker, Belize 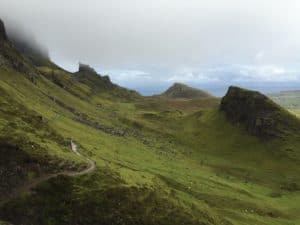 Views For Days: Hiking the Quiraing on the Isle of Skye