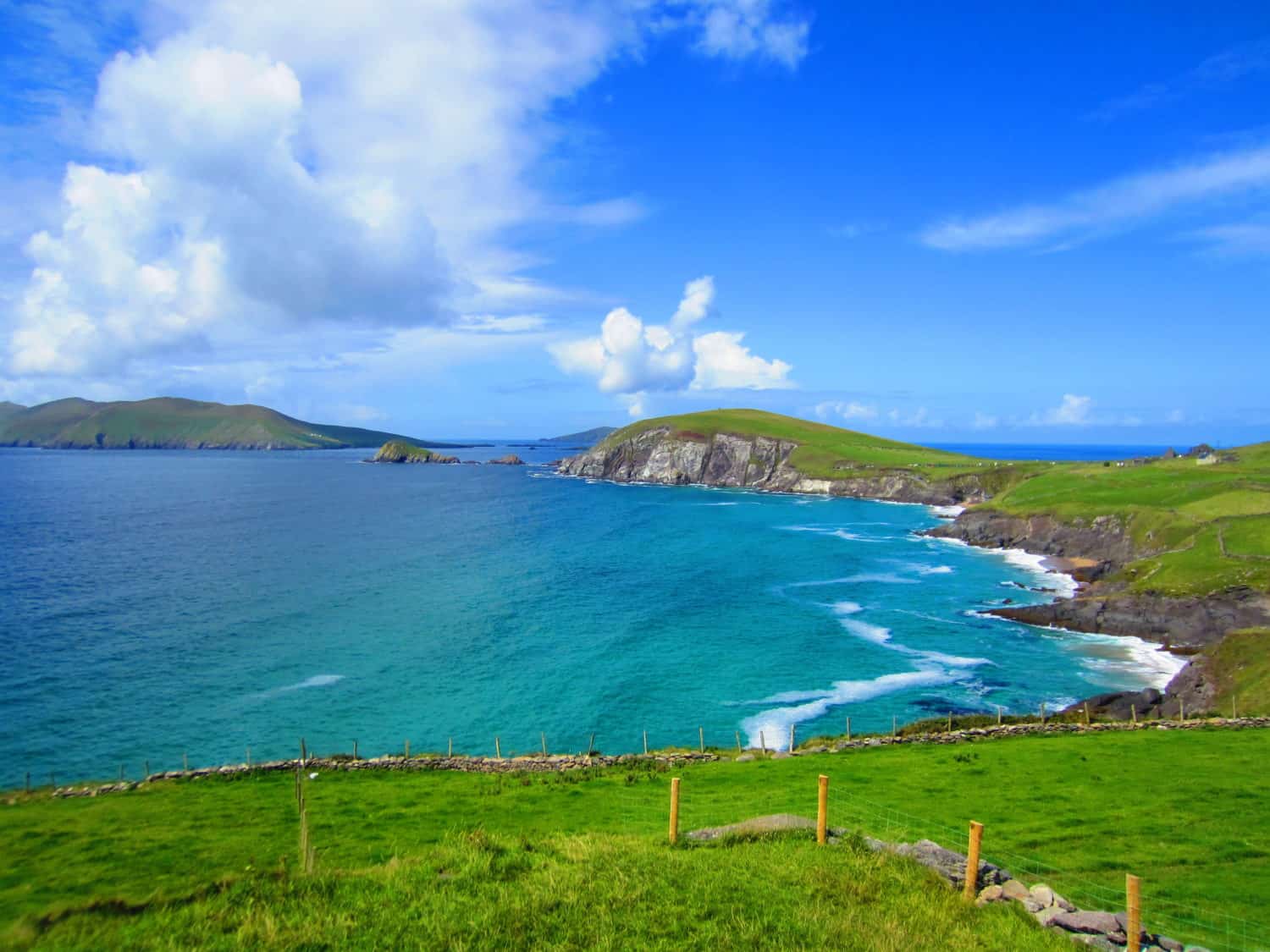 My #1 goal when planning our 7-day Ireland roadtrip was to not spend it stuck behind tour buses and dodging masses of selfie sticks.  I’d heard horror stories about this, and was determined it wouldn’t happen to us.

So as I did my research, obviously tons of people said that the Ring of Kerry was a must-visit, so I decided to find a good, less touristy alternative…which led us to the Dingle Peninsula, ultimately.  And boy, was that a great call.  We took off from our B&B in Kenmare one morning in the middle of our trip, stoked to see the wonders of the Dingle Peninsula. 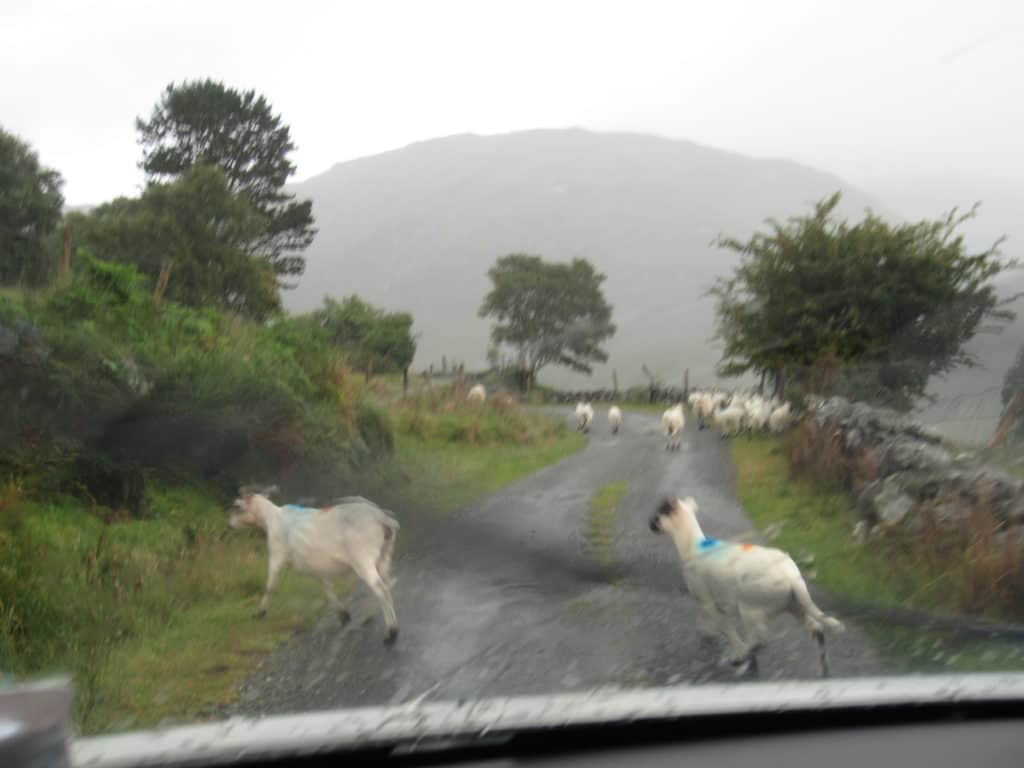 Our drive started off somewhat inauspiciously as you can see above, with heavy rain.  It rained a good portion of the morning as we traversed the mountain roads and passes to get to the main peninsula.

The Dingle Peninsula is 30-40 miles around (depending on your route), and only about 10 miles across—though they can be a harrowing 10 miles.  Don’t be fooled by the short distance, however, because the drive will take you a long time (between narrow roads, traffic, stopping 927 times to take pictures).

This peninsula is also one of the areas known for holding tight to the old Gaelic language and ways, so the signs and a lot of what you’ll hear spoken is in the old Gaelic.

Update:  I’ve since re-visited the Dingle Peninsula and wanted to share these 10+ hidden gems to avoid crowds and explore the nooks and crannies!

The sky started to clear up as we reached Inch Beach, which had an awesome moody vibe going on. 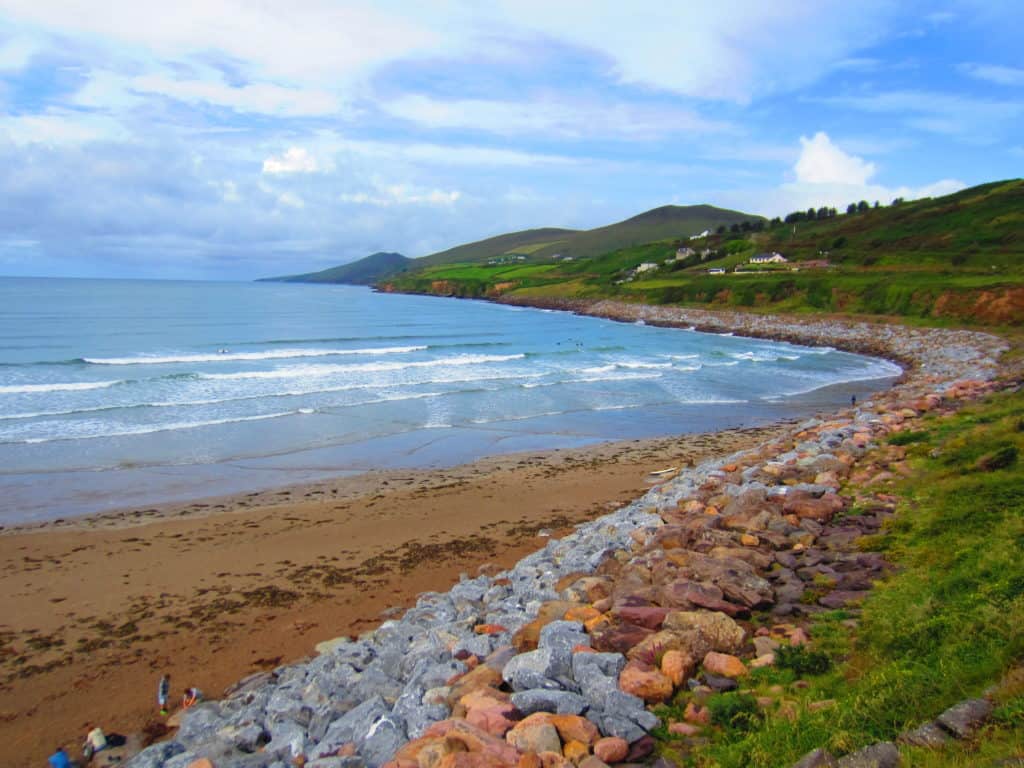 After all the rainy driving we were feeling peckish, so we stopped in the town of Dingle for lunch before really getting to the main drive.  I had some of the best fish & chips of our entire trip in a little pub there called Deirdre’s!

Dingle is the main town around there (there are a few others, just smaller) so it’s a good place to make sure you have fuel—both of the car and belly kind. 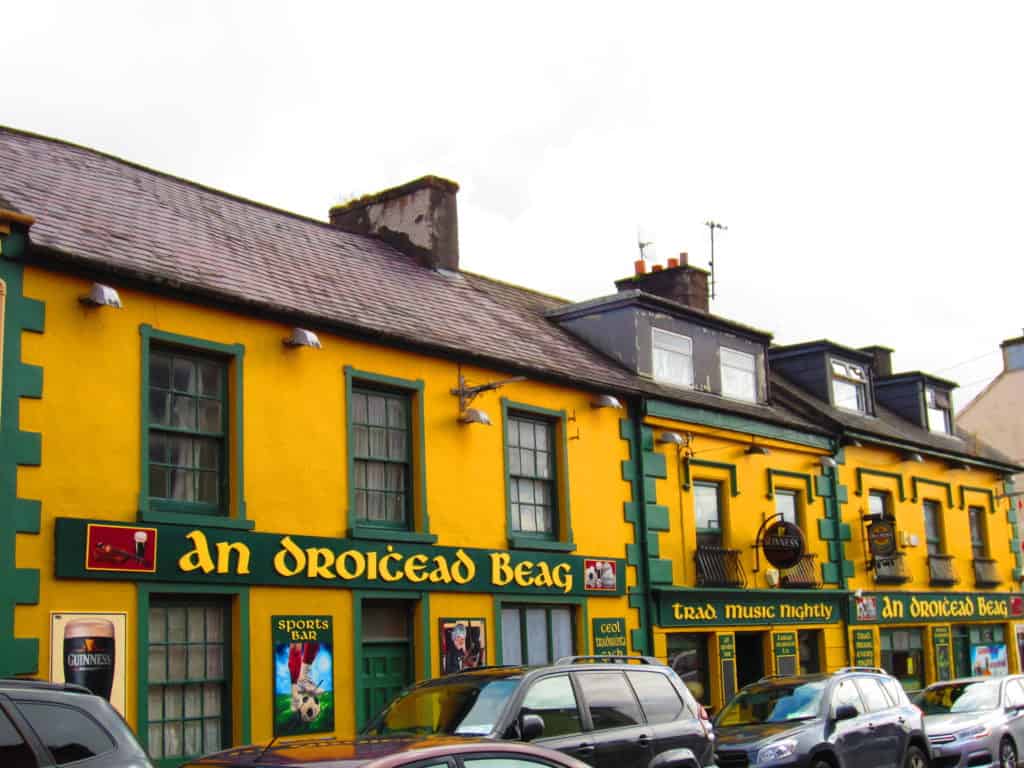 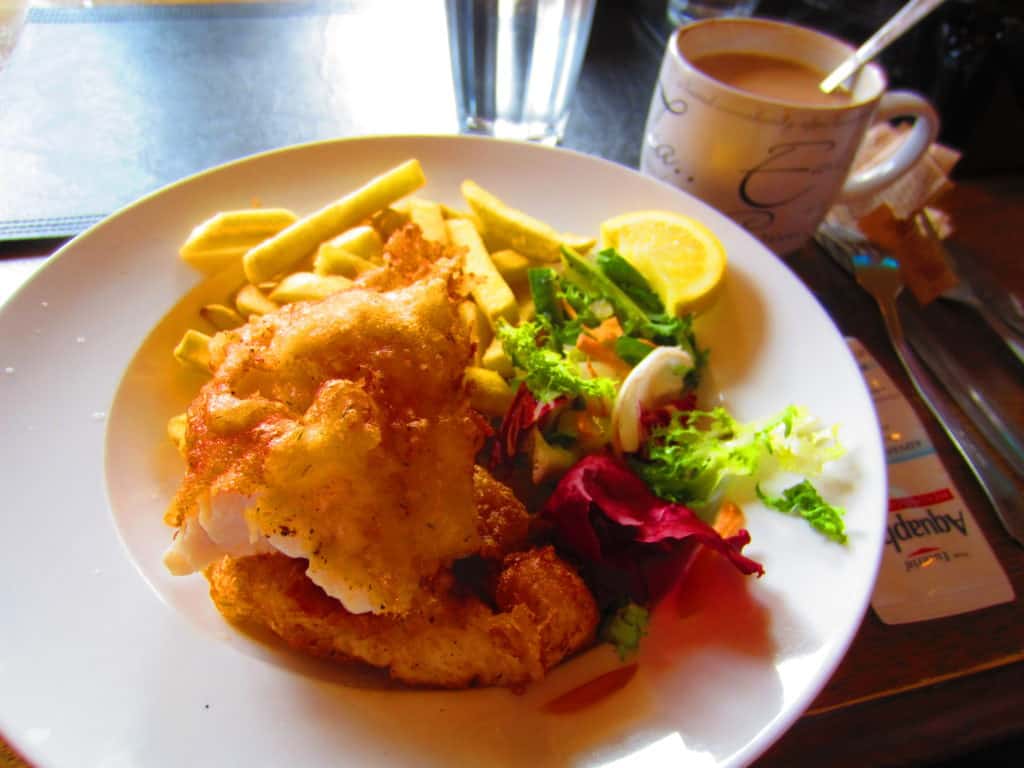 I couldn’t tell you exactly where the Slea Head Loop starts, but it’s somewhere outside of Dingle (if you’re going clockwise) and is definitely the star attraction.

We literally had to stop every five minutes to take pictures…the emerald and azure and turquoise were so stunning that every bend we came around gave us a new vista. 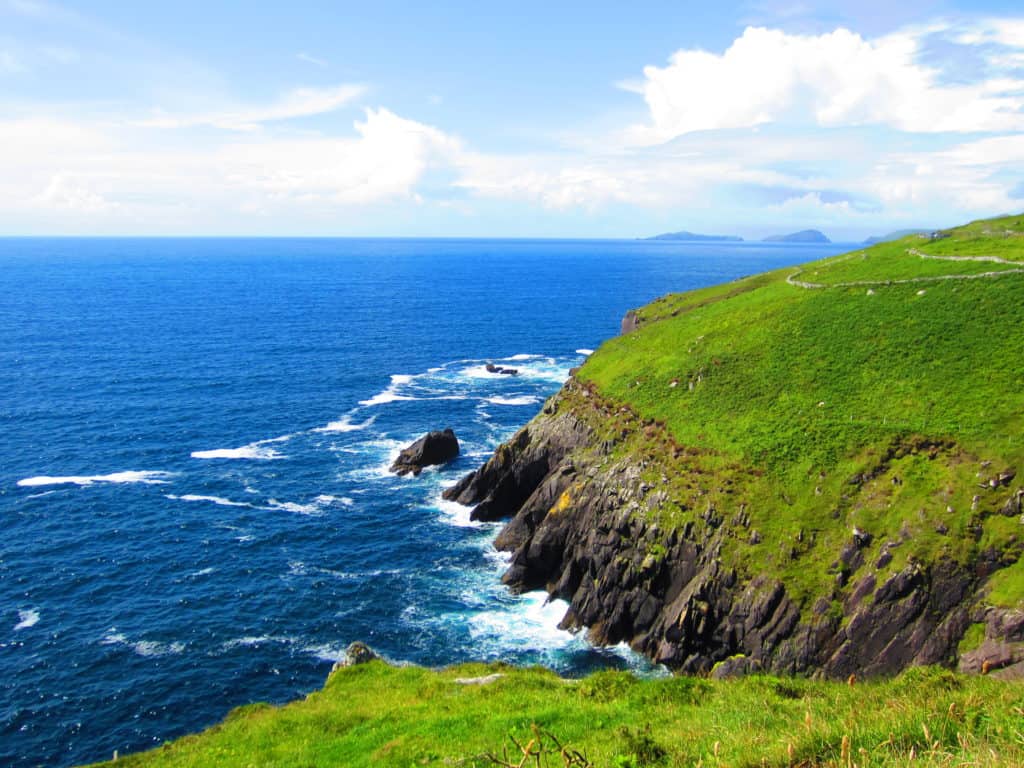 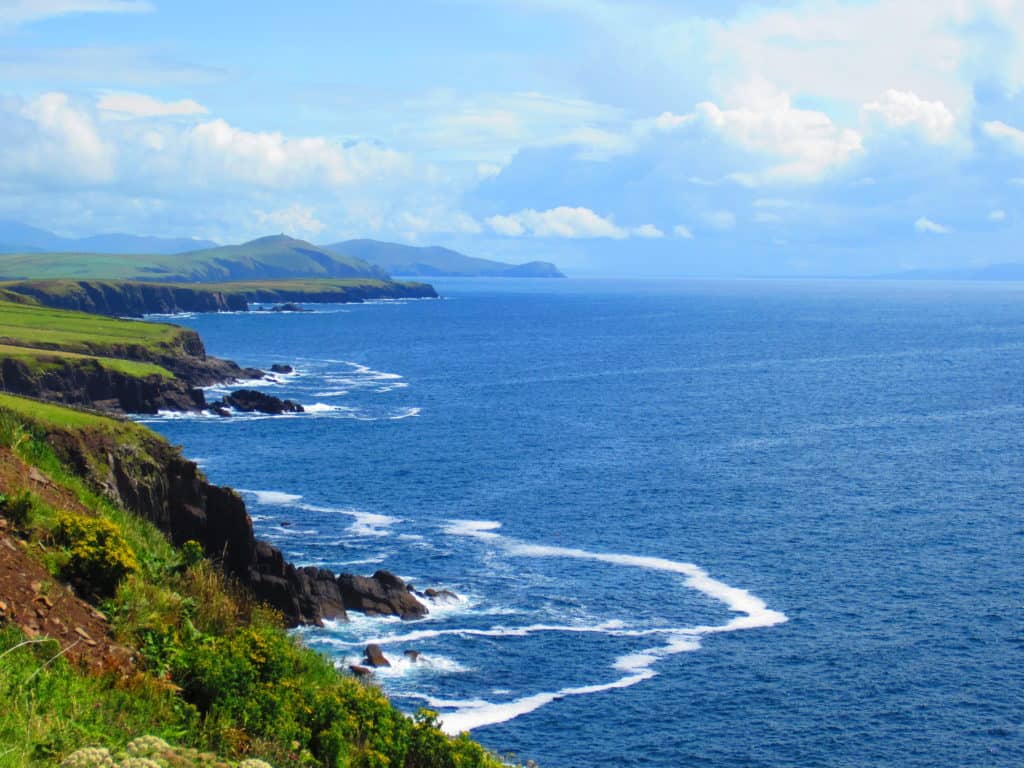 We could barely remember the morning’s gloom in the face of this sunshine! 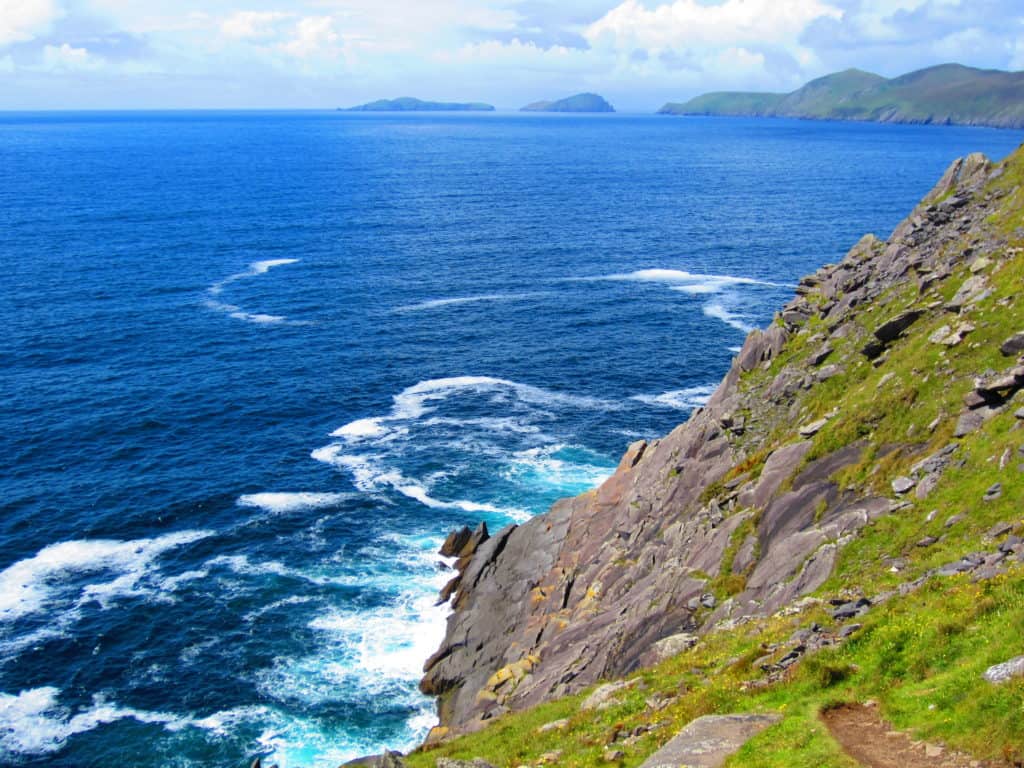 I wasn’t joking when I said we stopped off every five minutes for a photo (or seven).  You could see the Blasket Islands out in the distance, and the photo below is one of my absolute favorites from this entire trip—a large version of it has been hanging on my kitchen wall for years. 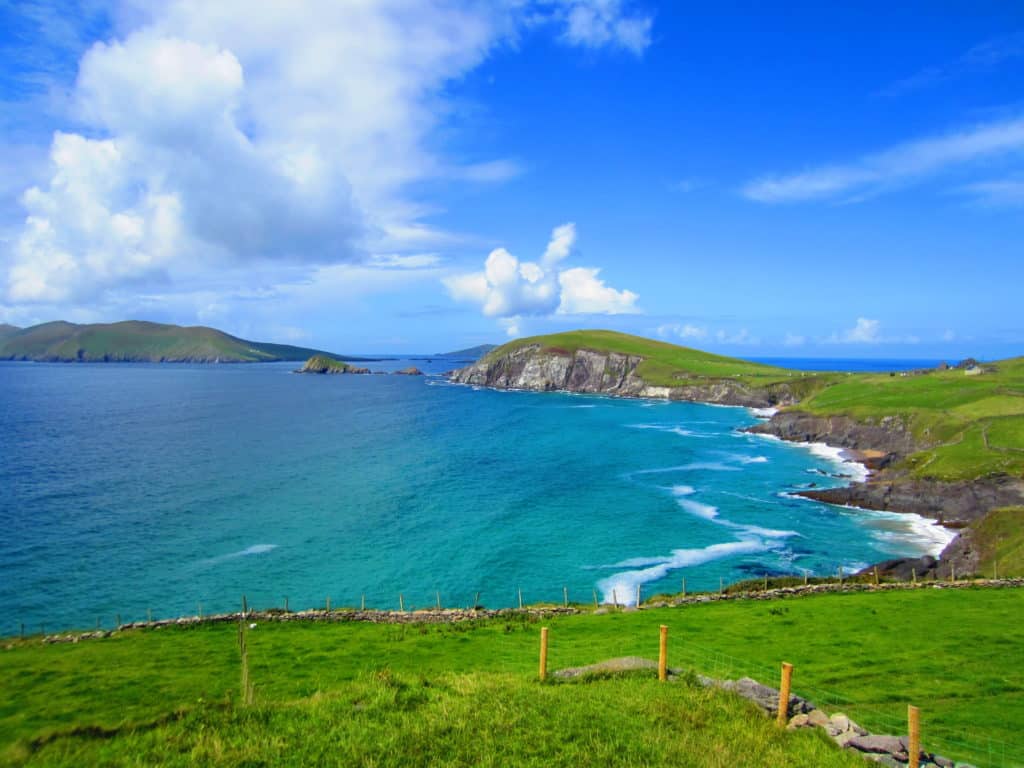 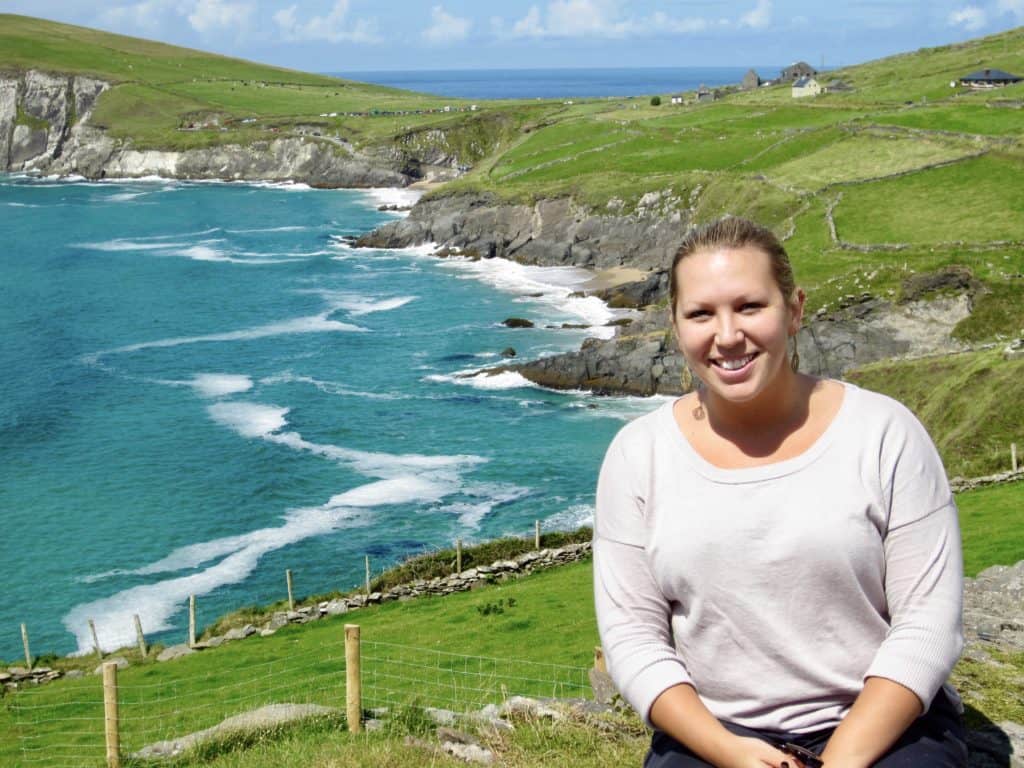 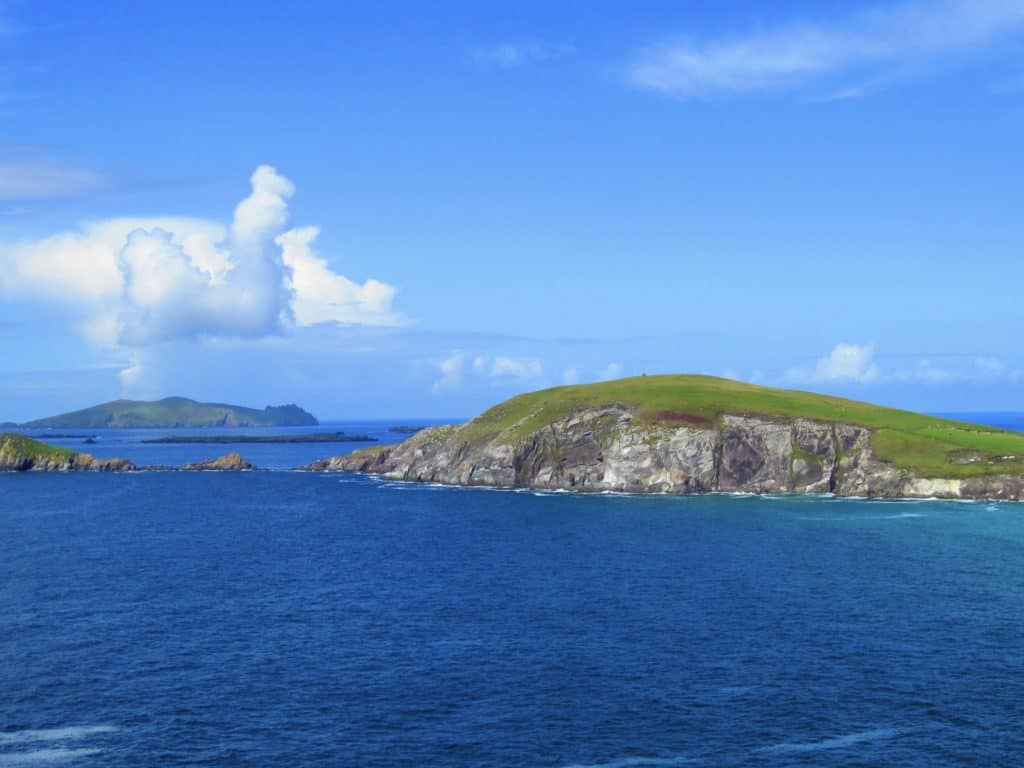 I cannot for the life of me figure out what the little cave peninsula below is, and it’s driving me nuts.  There’s nothing in my journal and nothing on the Google machine that will tell me what it is.  If you know please put me out of my misery and shoot me a comment below!

Update—I’ve figured it out!!  This viewpoint is Ceann Sraithe, and you can see more about it and other hidden gems of the Dingle Peninsula here! 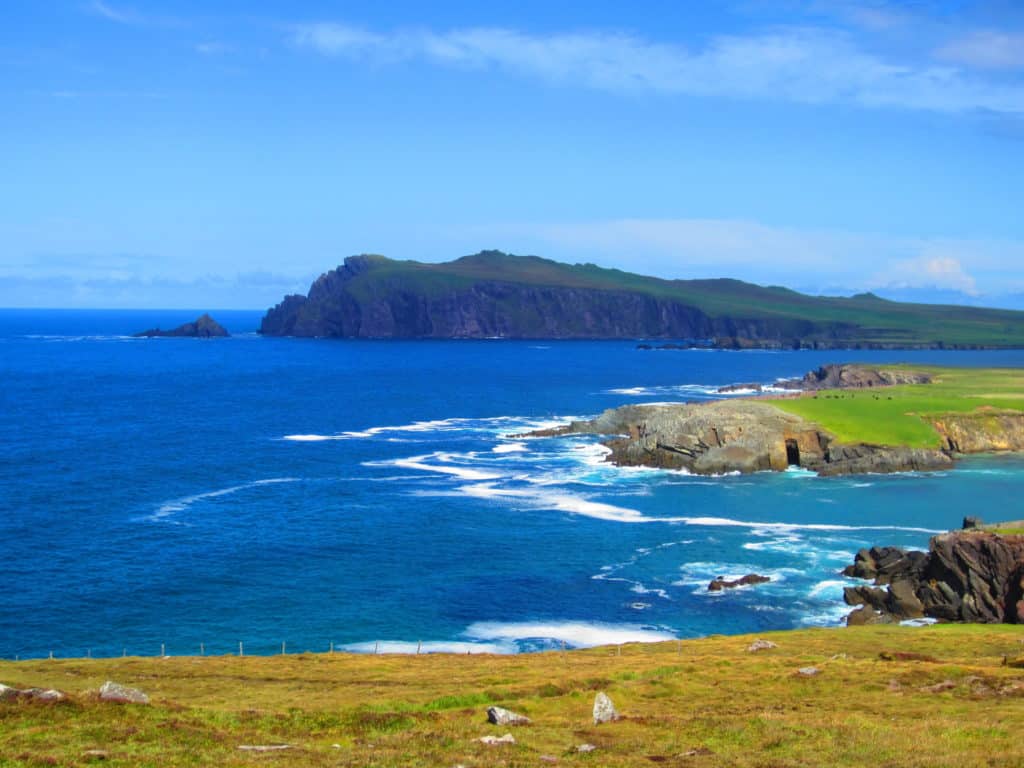 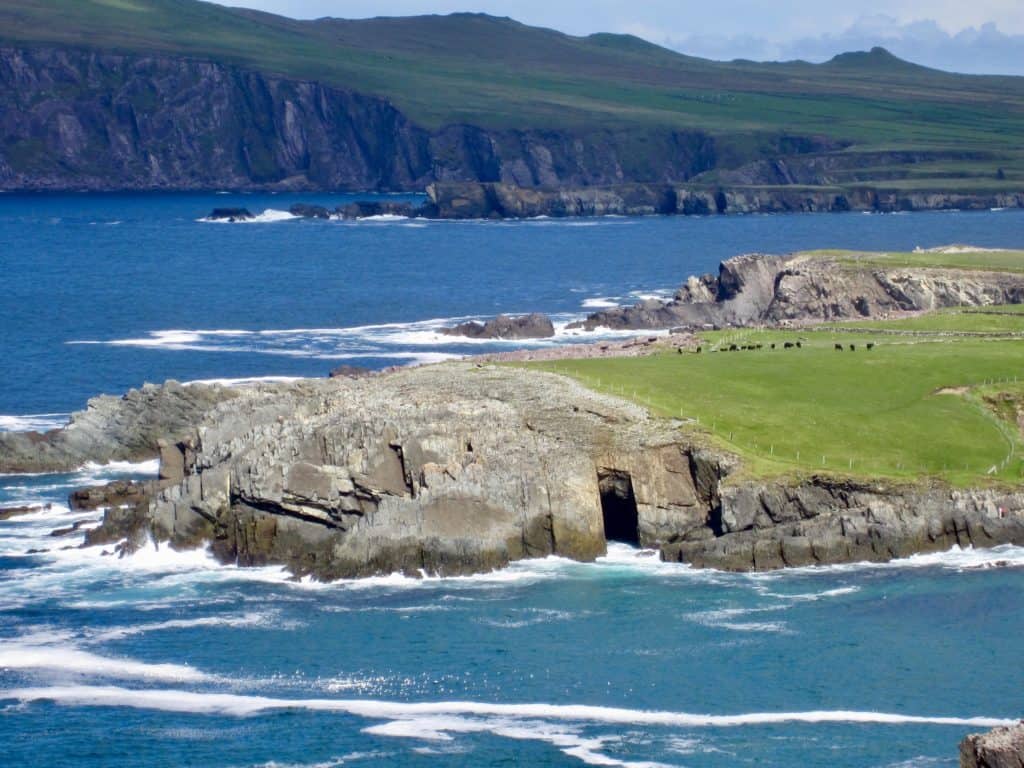 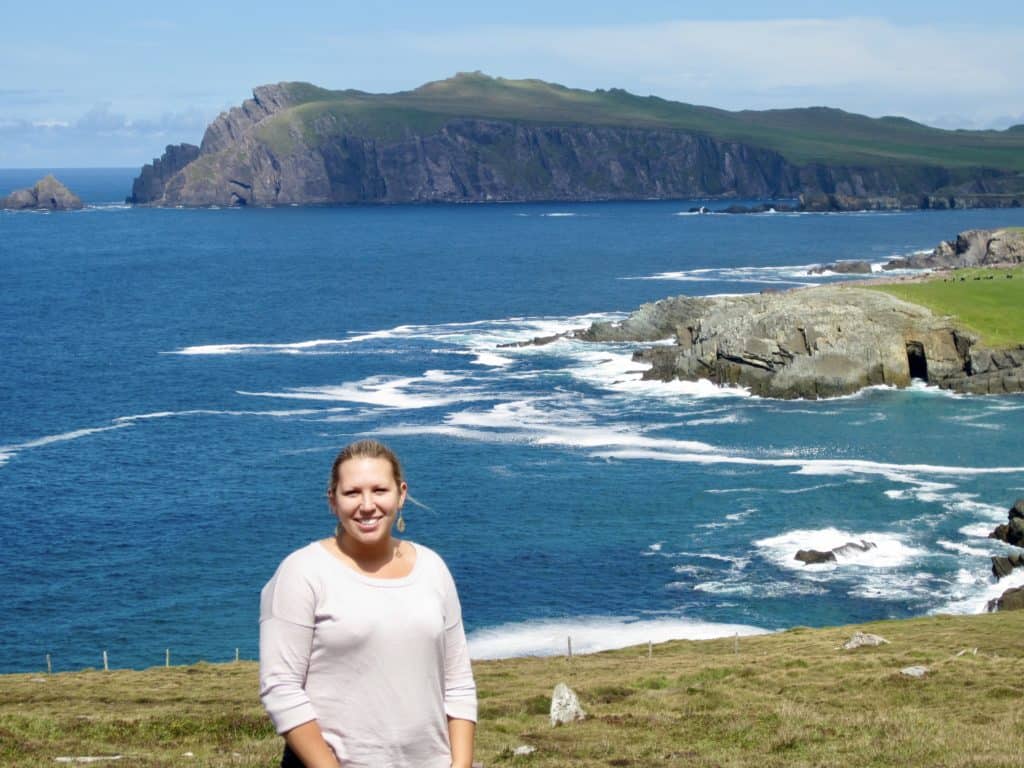 There are gobs of interesting ruins you can stop at all throughout the peninsula.  Some are little more than scattered stones, but others are quite impressive.  We chose to stop at the Gallarus Oratory, which dates back to somewhere between the 6th and 9th centuries AD (Dun Beag is another of the more famous ones).

There’s both a free and a paid parking lot, and tickets should be 3 euros per person (maybe 4 now). 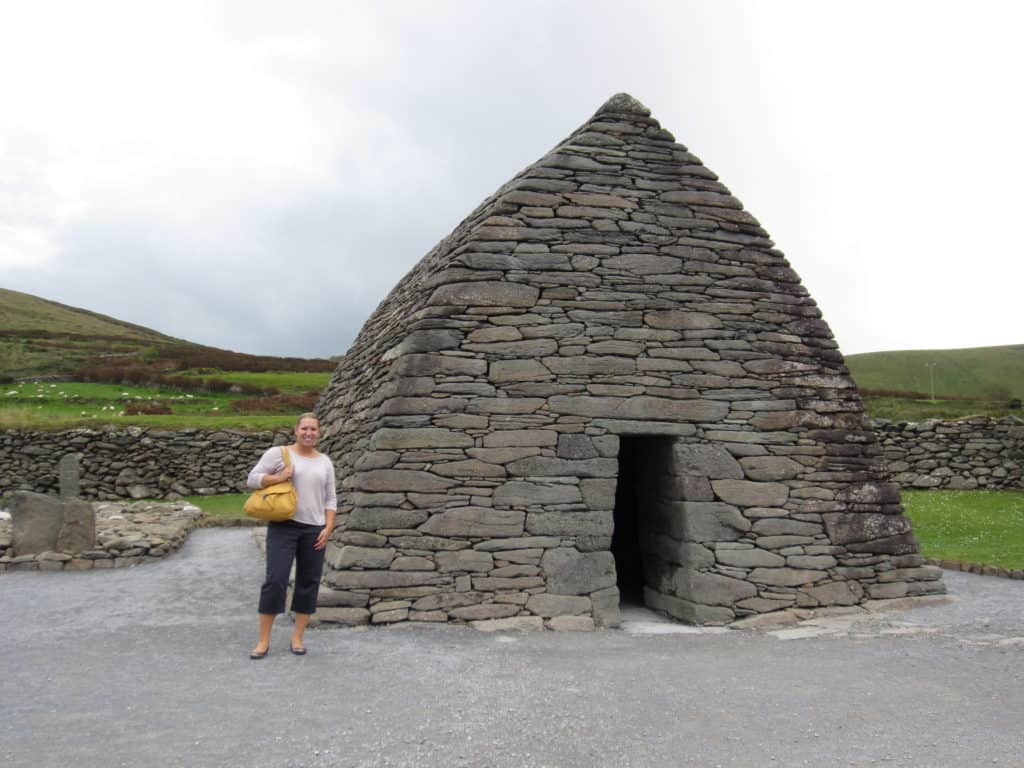 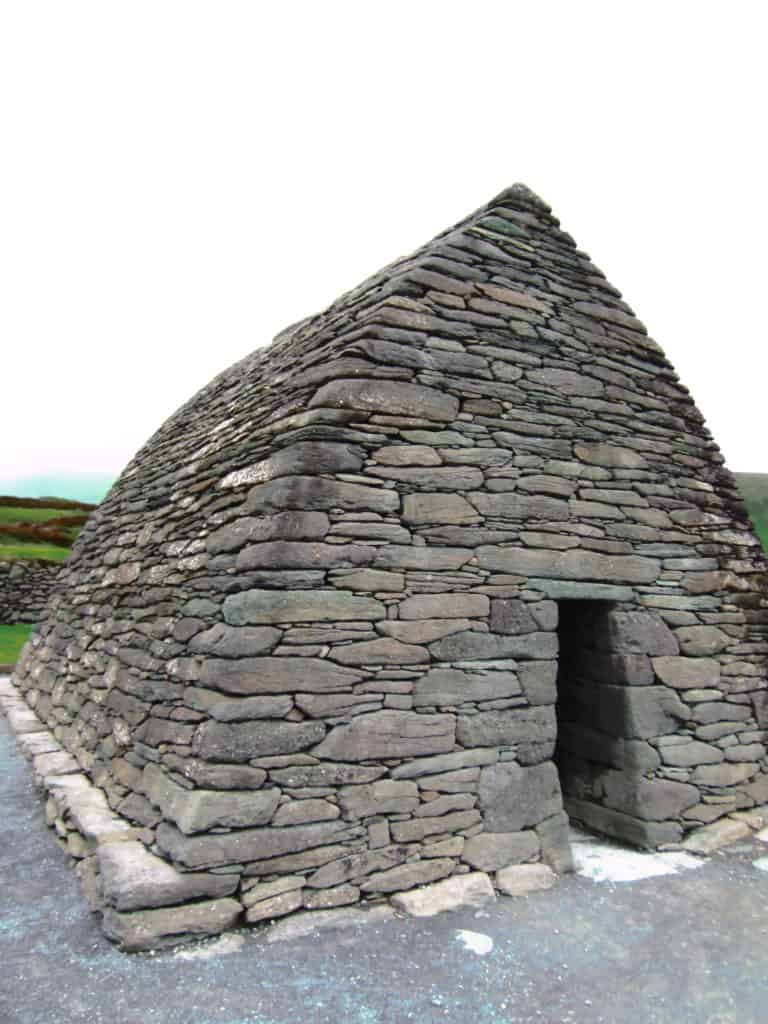 The Conor Pass is the highest in Ireland, and well worth a drive if it’s a clear day (I honestly wouldn’t bother if it isn’t).  You’ll wind your way around narrow passes and beside steep drop-offs, ultimately rising 410 meters (roughly 1,300 feet) to see a lake-strewn valley at your feet. 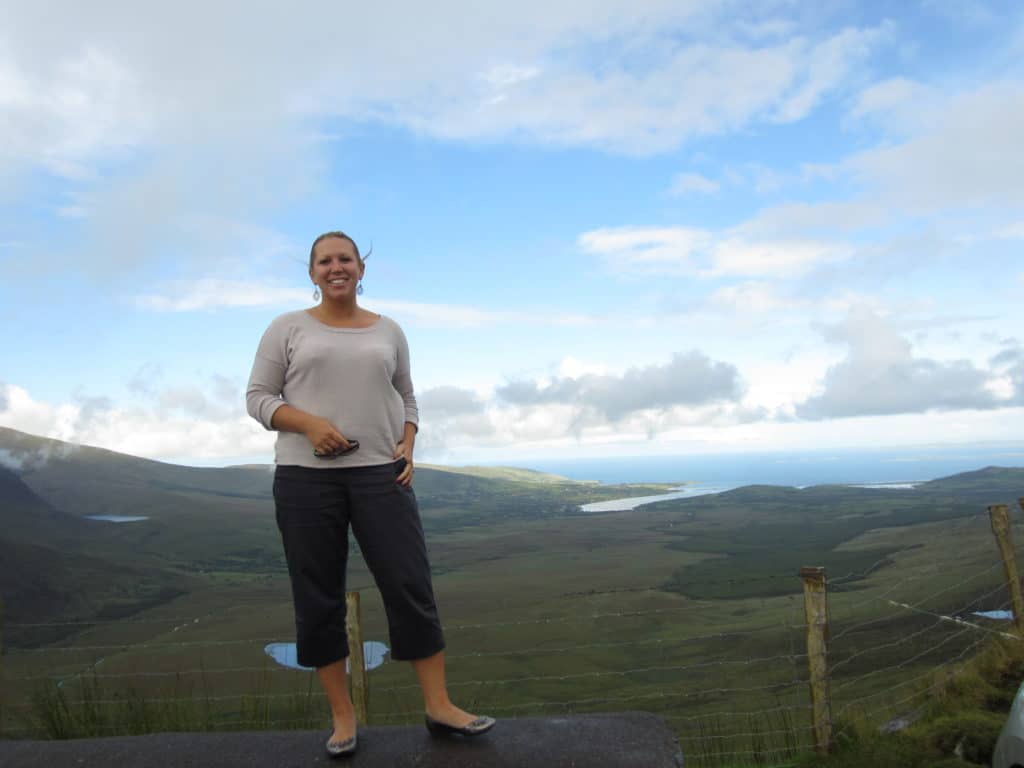 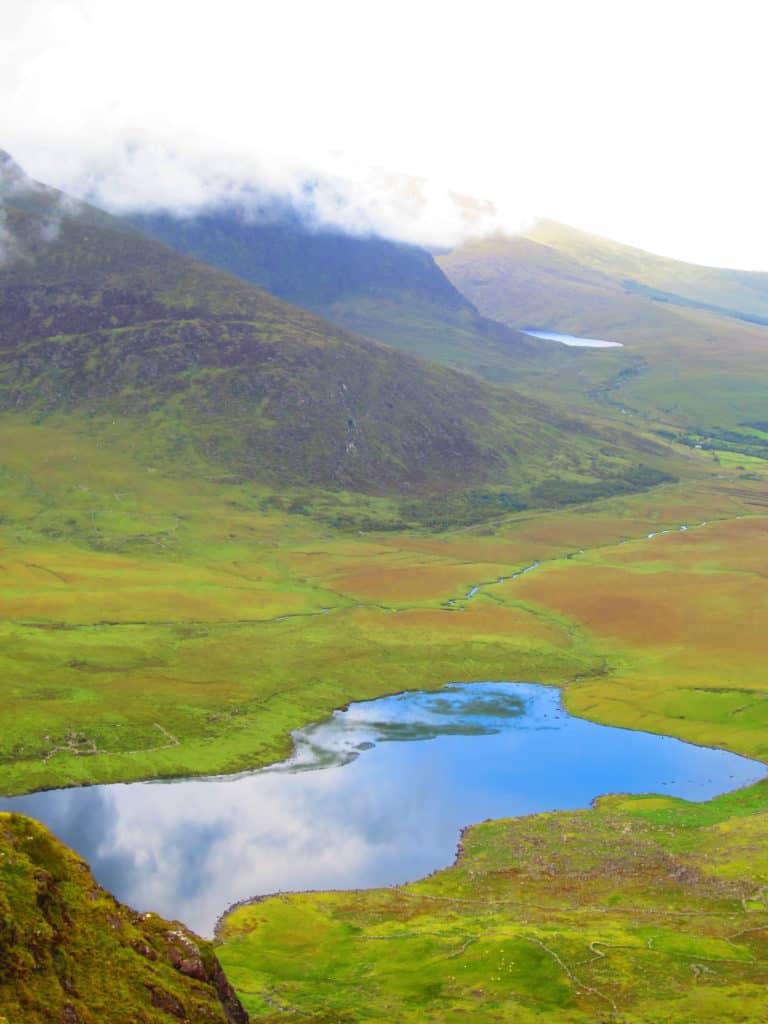 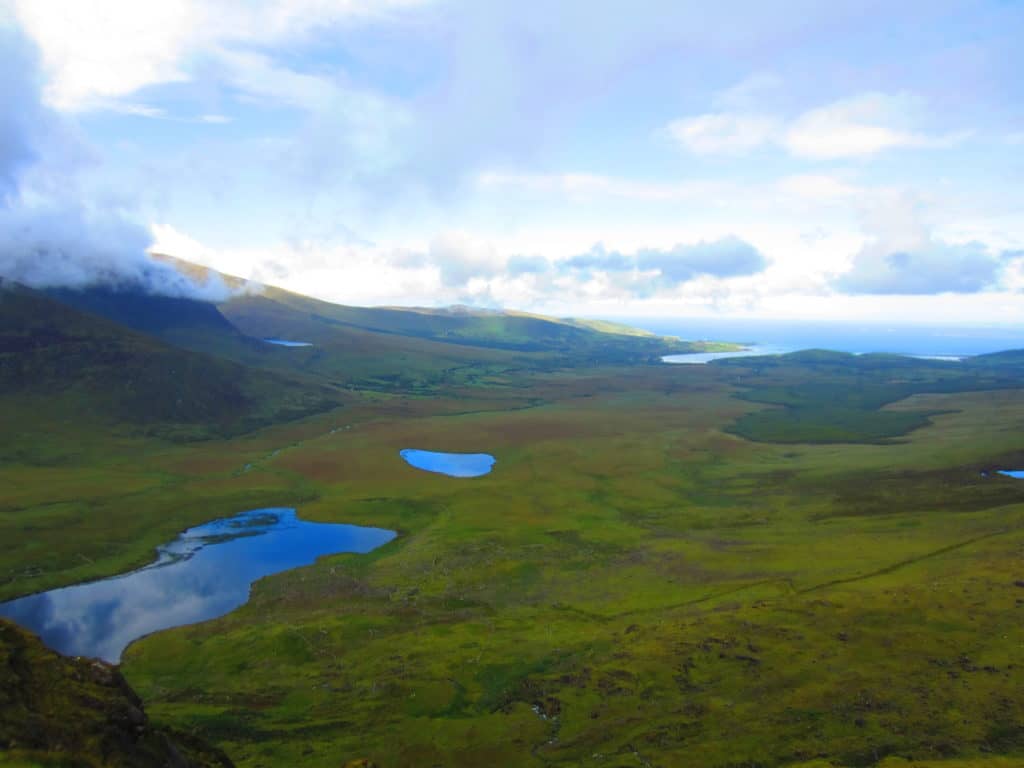 Those lakes are like mirrors on a still day. 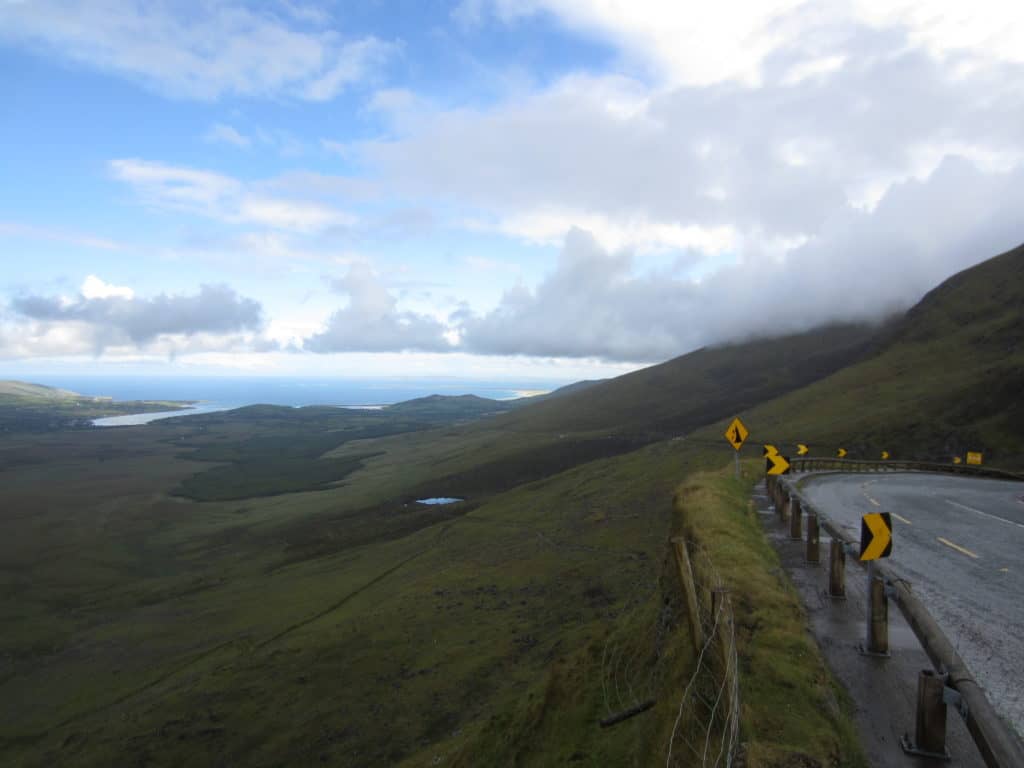 The drive is definitely no joke, so make sure to really take your time and take your cues from the other drivers in terms of which direction is yielding to whom.

We saw lines of cars pulled over to the side where they could find a bit of shoulder to let the other side pass—one of the things that really struck us about driving in Ireland was that people were considerate and largely patient, giving way and taking turns. 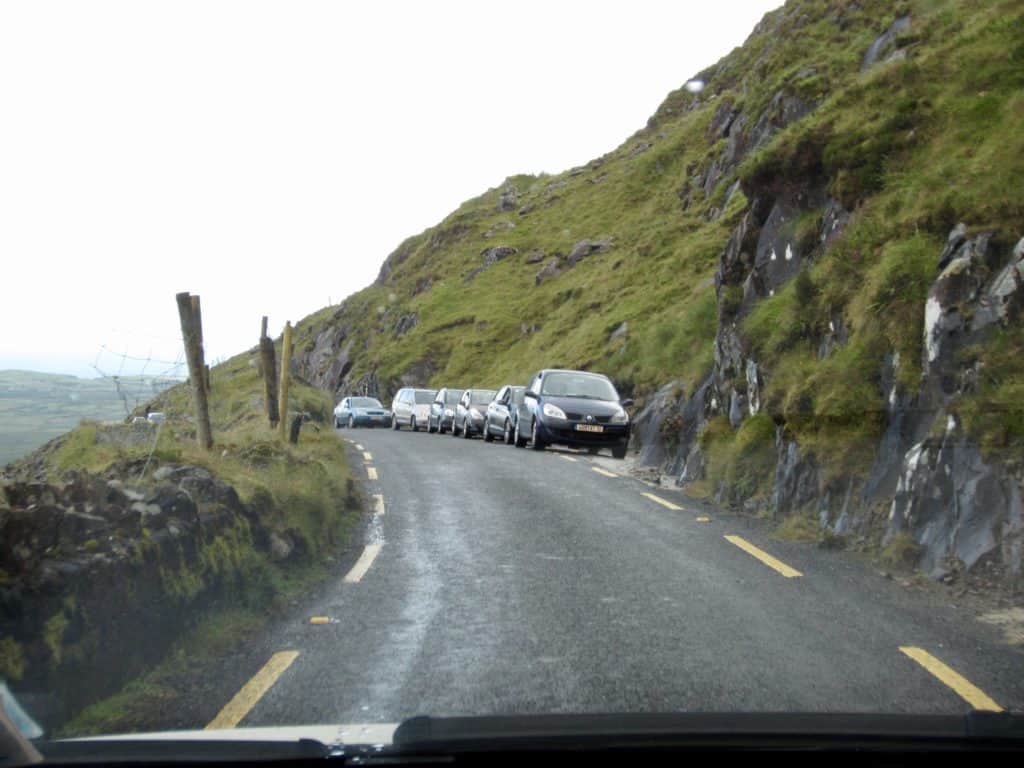 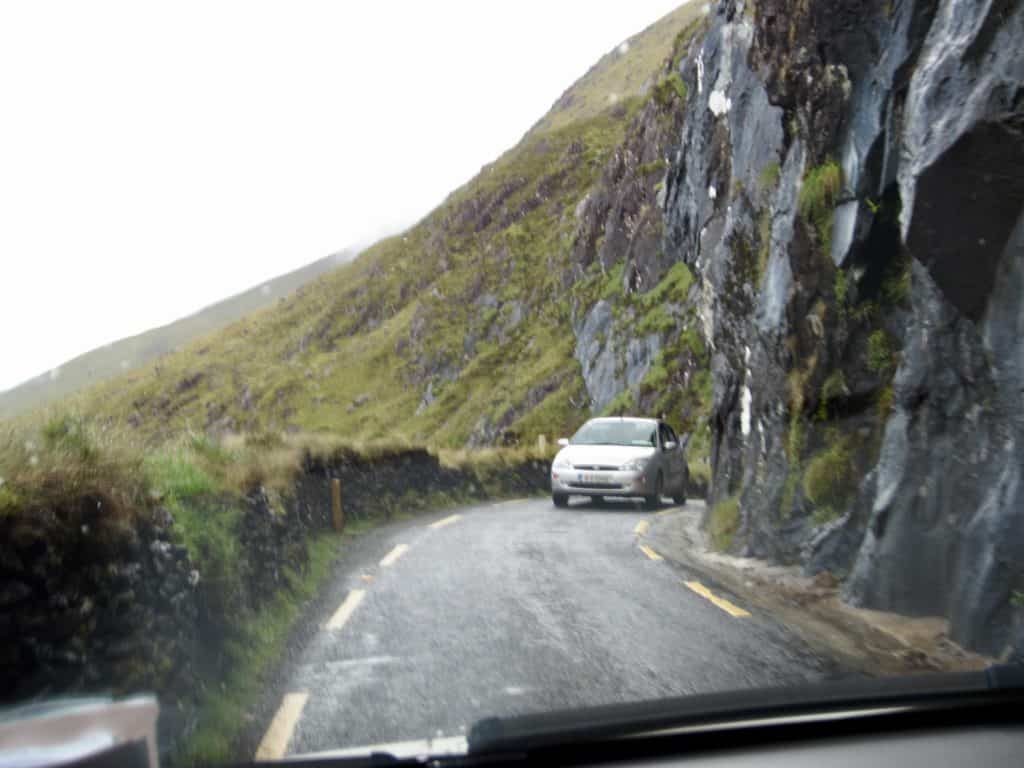 Our day on the Dingle Peninsula was one of the best parts of our entire Ireland trip.  I tell every person I know who’s planning a trip that they’d be nuts to miss it!

Have you done both the Ring of Kerry and Dingle Peninsula?  I’d love to know how they stack up!  What other tips from Dingle would you share??  Let me know in the comments! 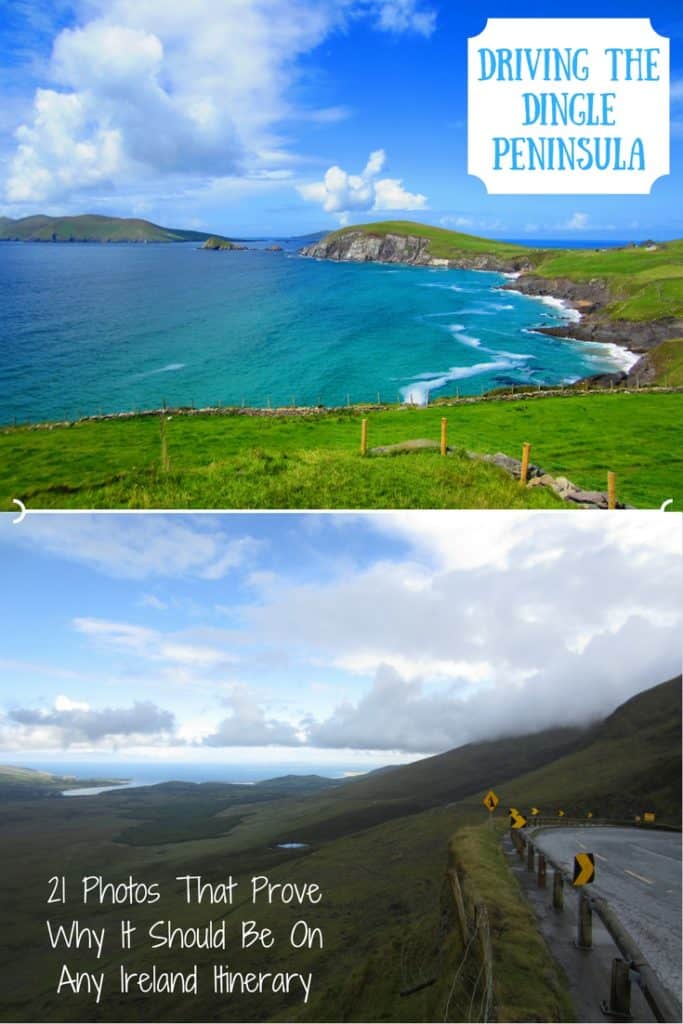 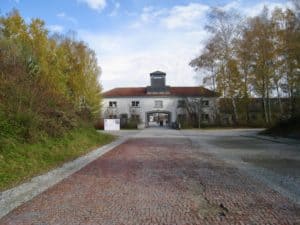 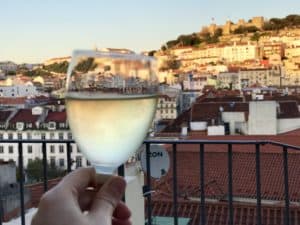