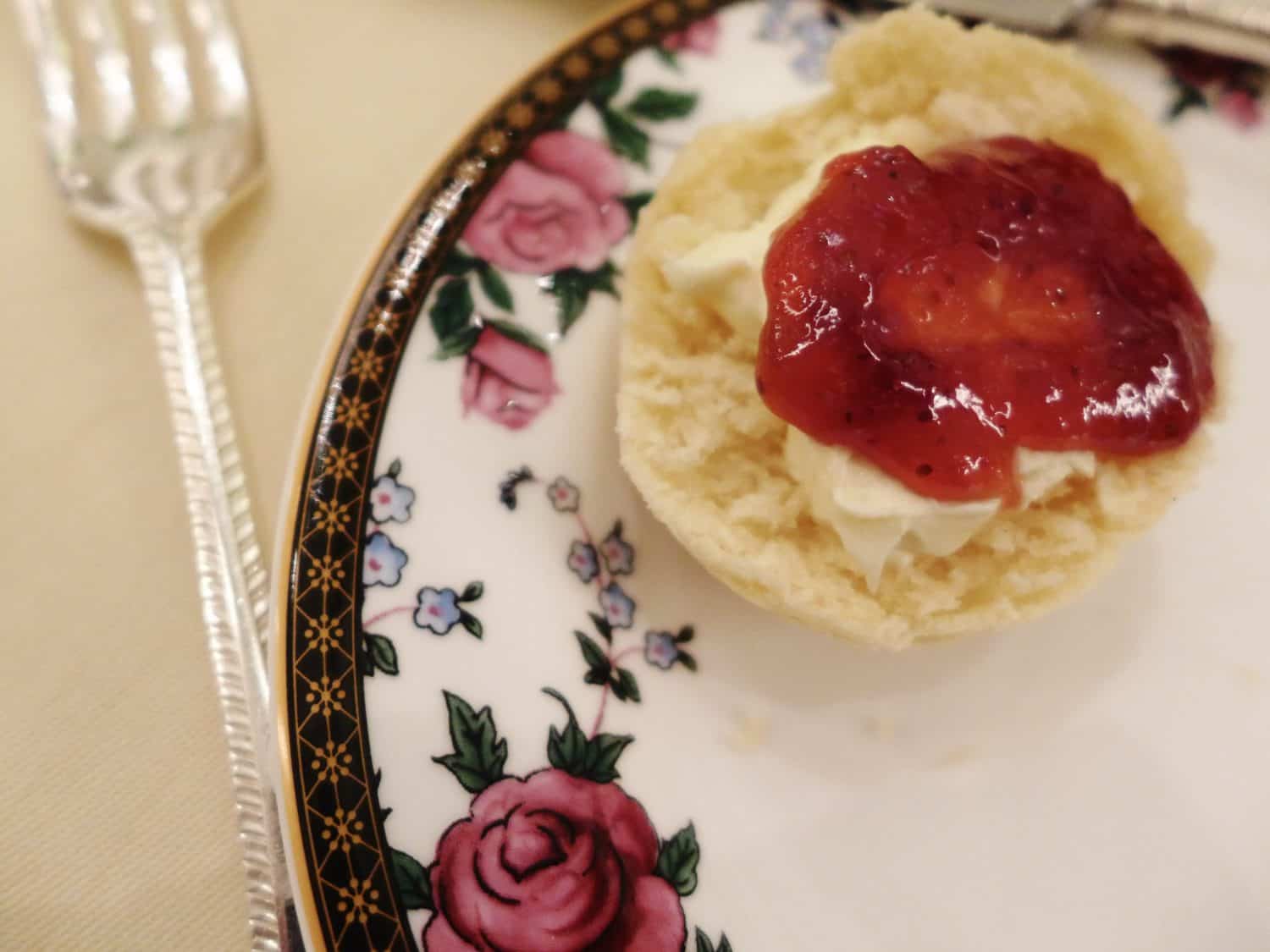 I knew as soon as I decided to visit London that a traditional afternoon tea was on the must-list.  Yes, it’s expensive, and yes, it’s not for everyone.  But I’m a sucker for trying this kind of fancy, feminine ritual.  It just feels so quintessentially British.

Also, scones.  Because scones are my life. 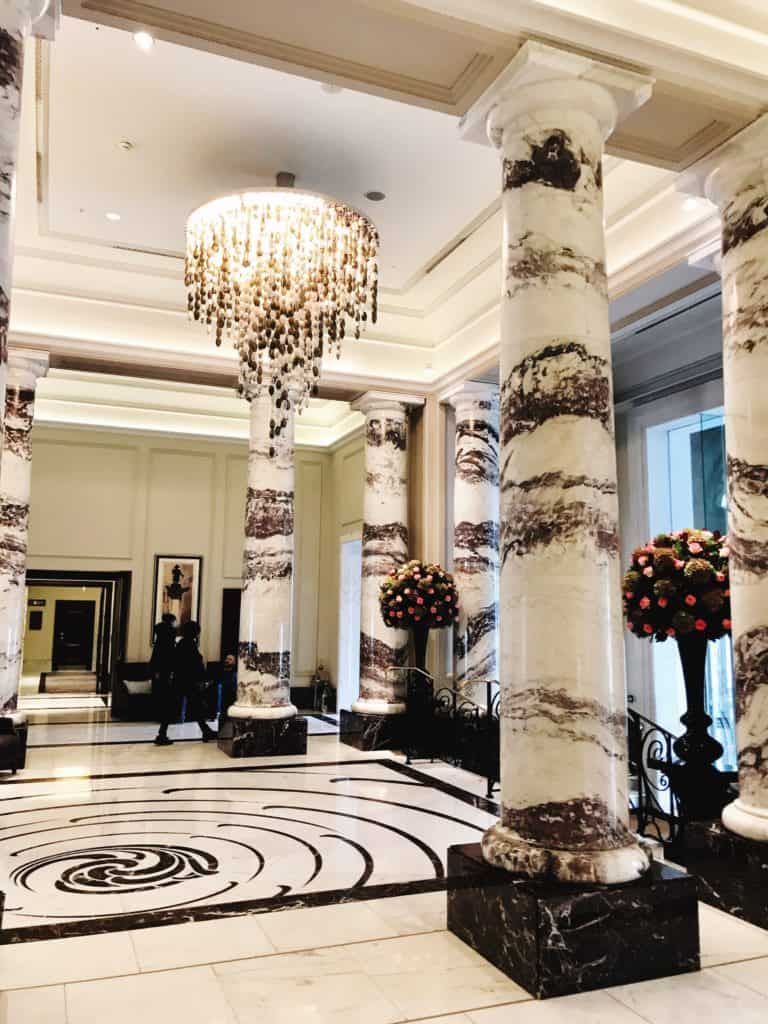 What’s the difference between afternoon tea and high tea?

First off, let’s debunk an American semantic myth.  This is not “high tea”.  High tea was a necessary meal for working-class Brits in the 18th and 19th centuries, involving a mug of tea, bread, vegetables, cheese, and sometimes meat when money allowed.  It was taken when they came home from work in the evenings, famished.

Afternoon tea, on the other hand, was a social occasion for the upper classes.  It was a bridge between lunch and dinner (which was often 8pm or later), and originated when a duchess found herself starving between meals.  It usually involves tea, light sandwiches, pastries, and scones with clotted cream and jam.

Some of the fancy hotels will advertise it as “high tea” for foreigners, or offer both and add savouries such as Welsh rarebit or a real entree to make their afternoon tea a high tea.

Welcome to Palm Court at The Langham!

Once I got down to trip planning, I started doing a lot of research on all the different options for afternoon tea in London.  And there are so many!  I did a ton of research on Pinterest and made a list of about eight that sounded awesome.  Then I did a deep dive into reviews to see which sounded like our best option.  After a lot of deliberating, I settled on The Langham—and we weren’t disappointed!

We arrived for our 12:30 reservation and they seated us right away.  They immediately brought out some refreshing peach iced tea and then got each of us a flute of Laurent-Perrier Brut.

We ordered our first tea, starting with The 150th Anniversary Langham Blend.  Our waiter was great, answered all our questions and described the teas, making recommendations based on what we were eating.  He brought us the pot and poured it into the special Wedgwood collection made for The Langham. 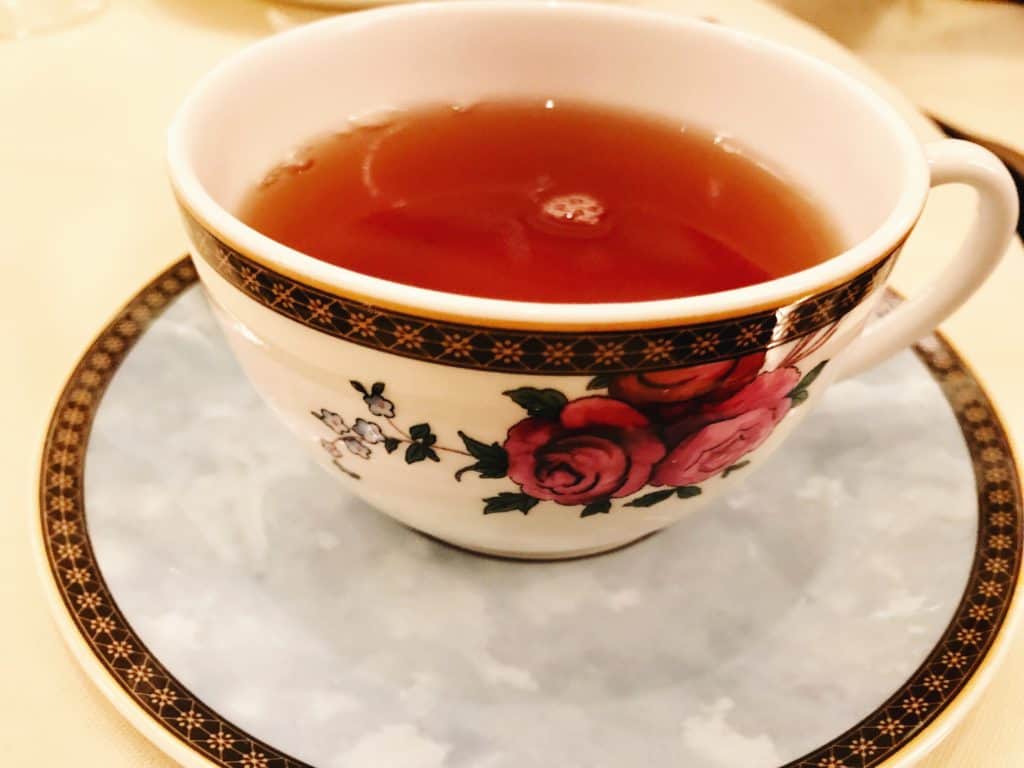 We sat and sipped our tea as the piano player began to play.  The room just sparkles, and with the clink of the silverware and china and the tinkling of piano keys it just felt so relaxing and special.

As we continued to sip our champagne, our waiter and waitress brought out a plate of sandwiches for each of us.  There were five types in total:

Of them, the pastrami, salmon, and hummus were my favorites.  The egg salad was pretty bland and I did eat the cucumber (literally my least favorite food) and it wasn’t offensive, but since I hate cucumber it wasn’t my favorite either.  They came out and offered to bring us more when they noticed that we were running low—but remember to pace yourself, because the best is yet to come! 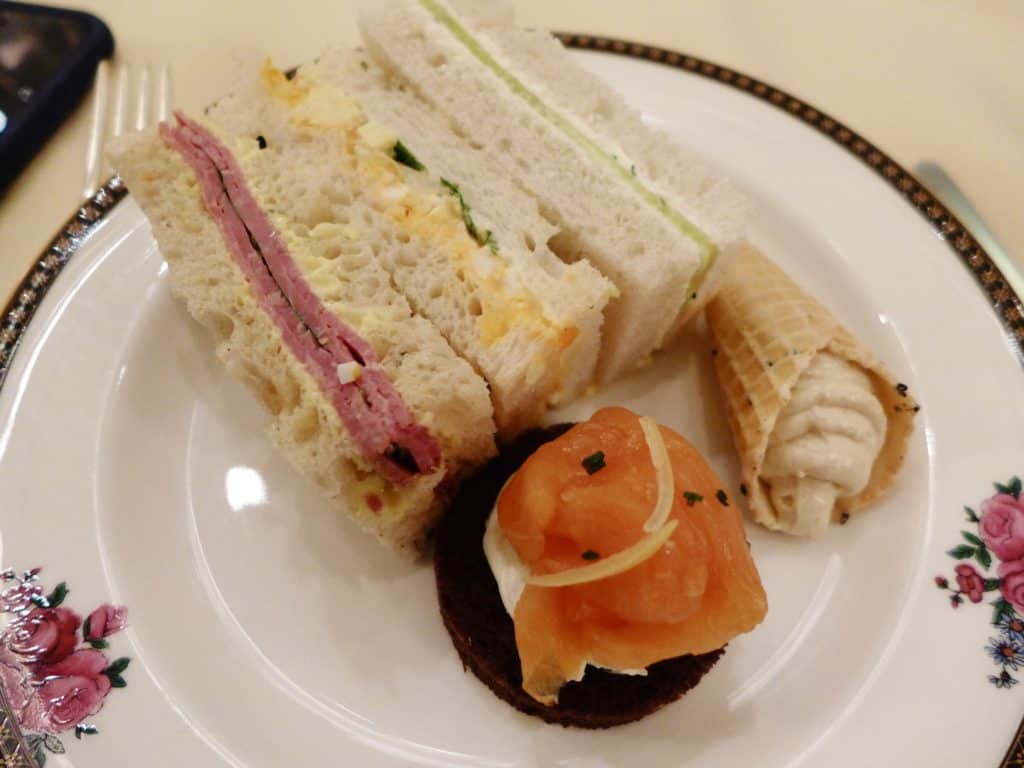 Once I finally worked up the willpower to decline more sandwiches, they cleared our plates and brought out the tower of pastries.  Literally, there’s a 3-tiered stand of sorts that sits on the ground and it had a plate of pastries for each of us and then a spot for the teapot as well.

Like with the sandwiches, there were a range of pastries to choose from:

My faves were the orange one and the cheesecake.  The others were lovely, but a little on the sweet side for me. 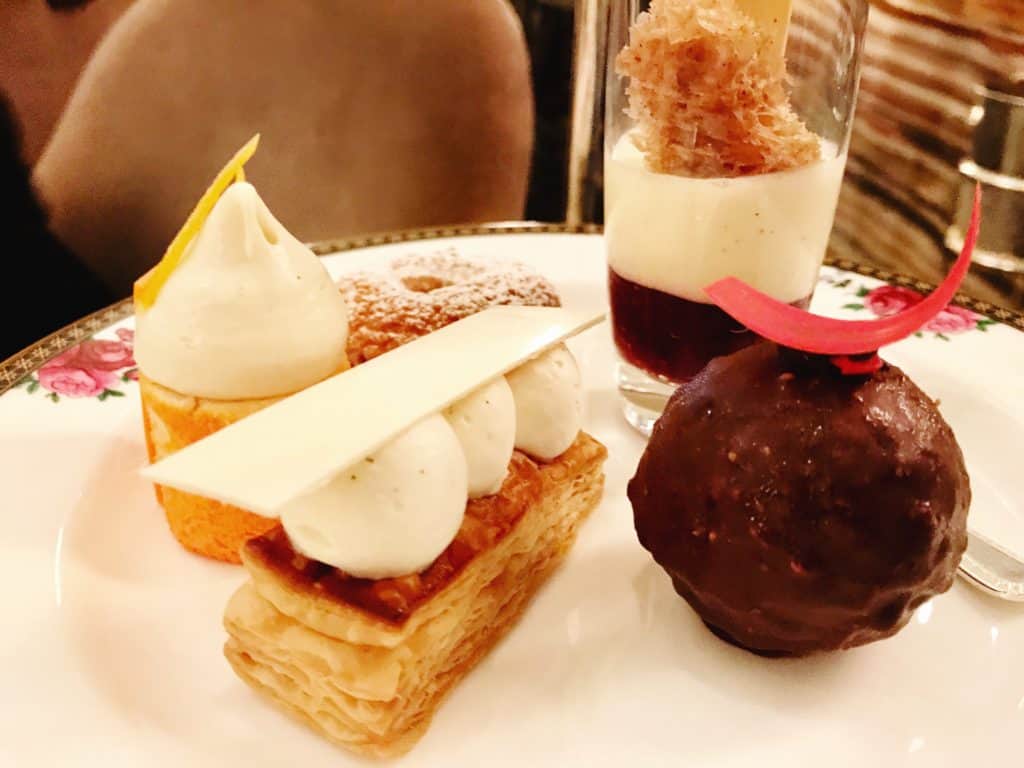 We switched to a more floral tea to go with the sweets, choosing the English Flower blend.  It includes chamomile, rose petals, elderflower, and lavender, and has the most amazing delicate aroma!

But let’s face it, I’m here for the scones. 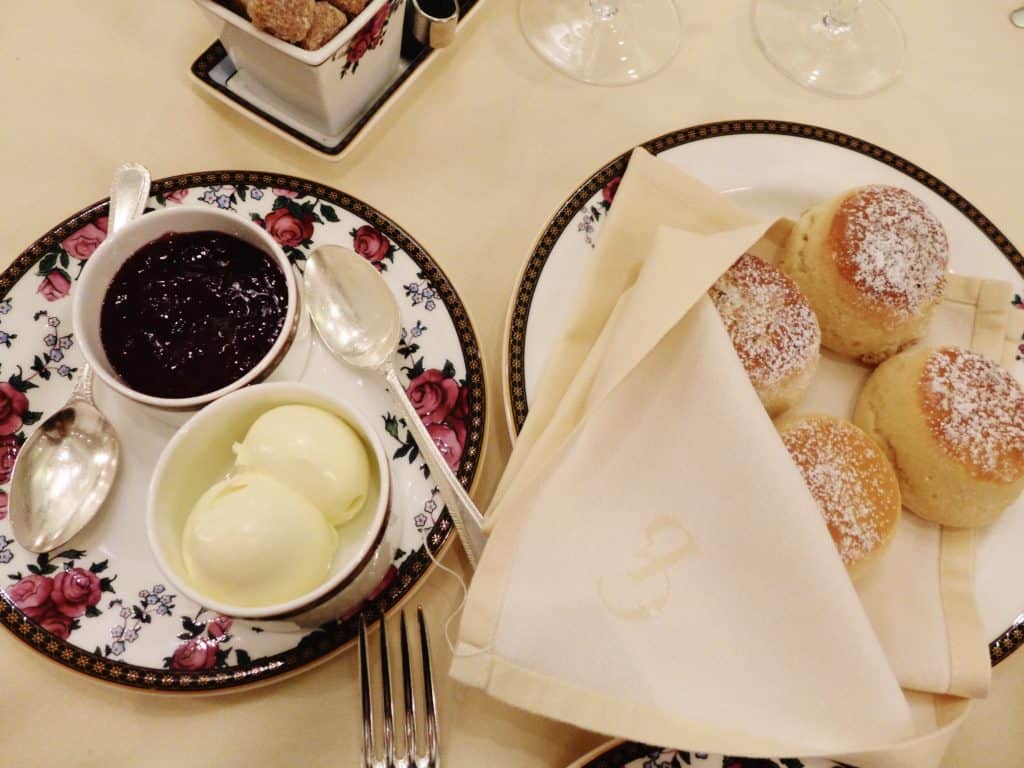 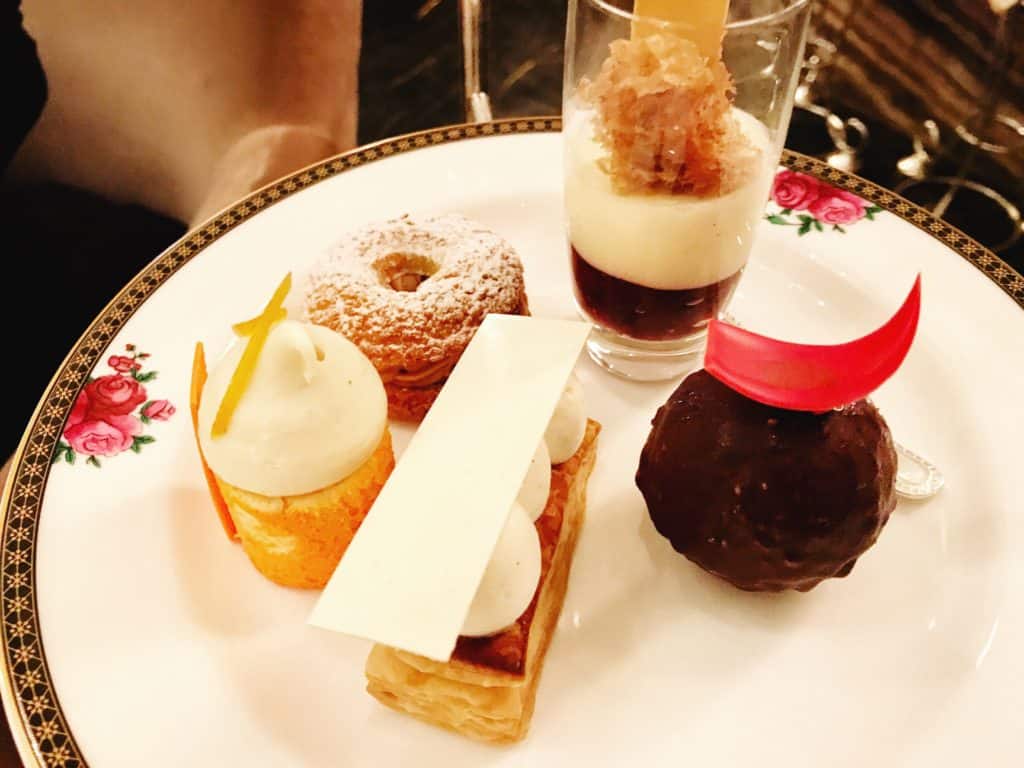 To me, an afternoon tea in London is all about the scones, and the scones at The Langham were tied for the best we had in England (tied with Angel’s Tea Room in Devon—more on that to come!).  They were so light and had a tender, moist crumb to them.  Perfection.  I slathered them with the Cornish clotted cream provided and the strawberry jam. 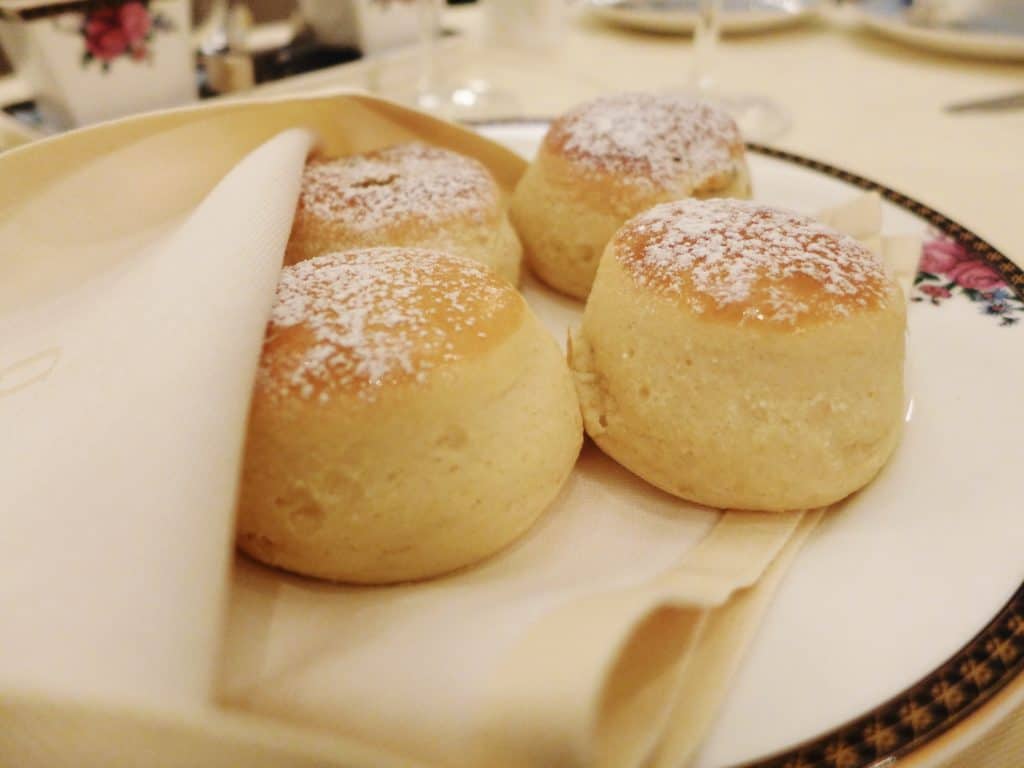 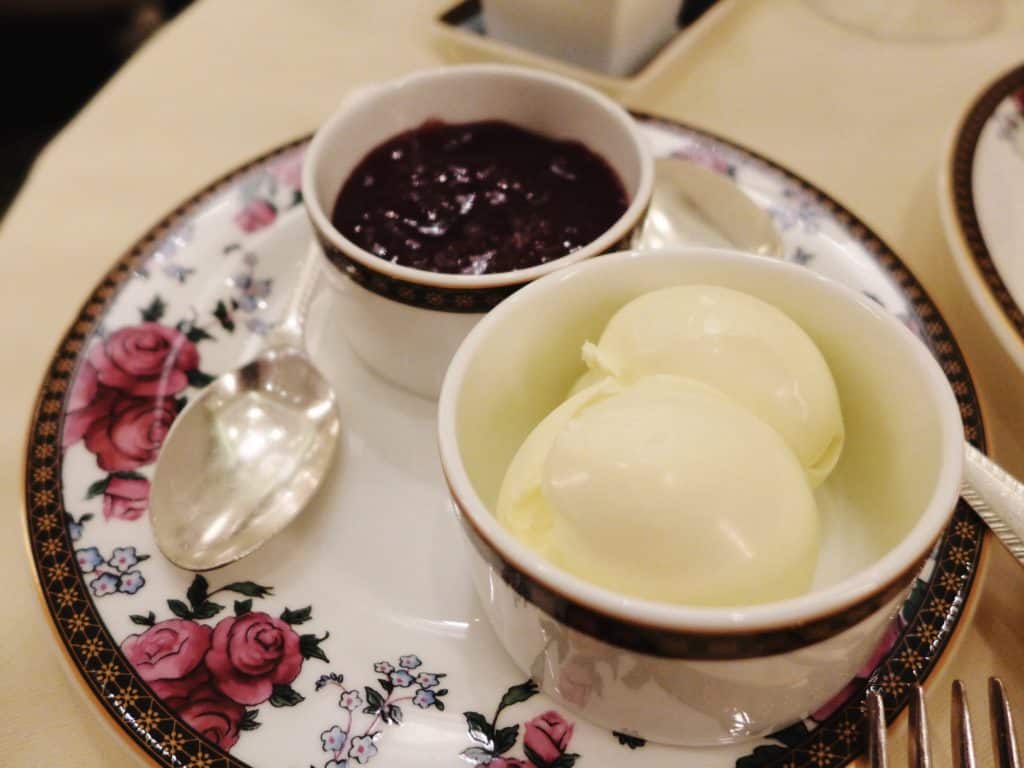 I could eat that all day.  And did, on this particular day. 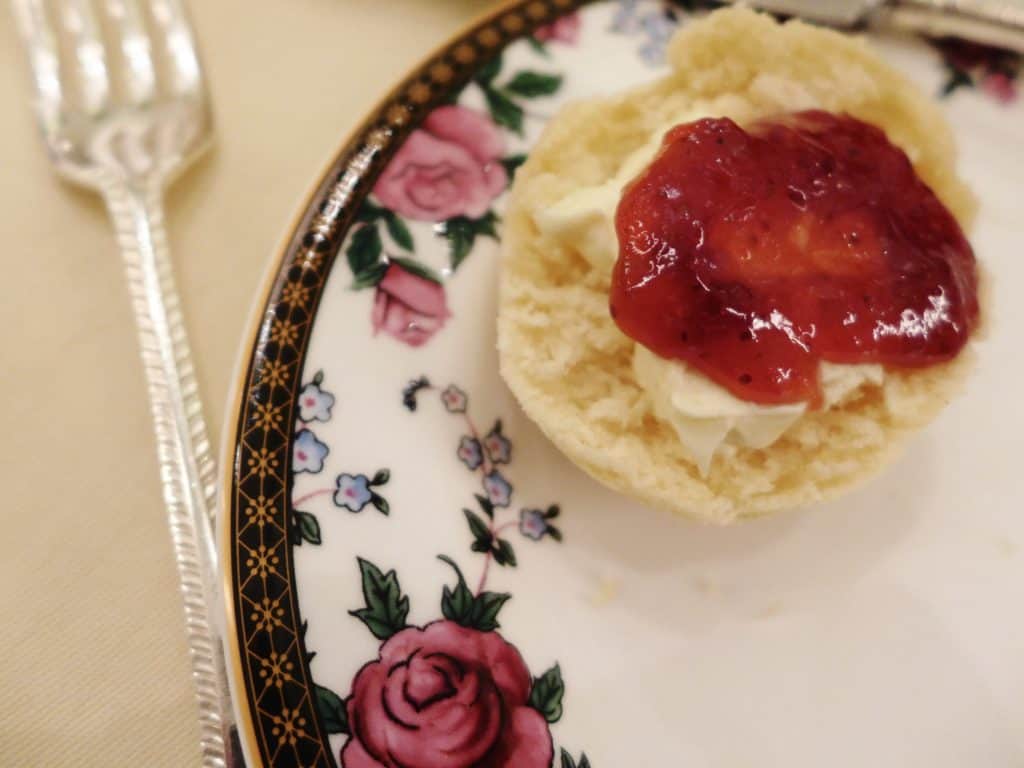 As we were listening with half an ear, the piano player transitioned into a rendition of “Happy Birthday”, and our waiter brought out lovely little cakes for me and Abigail.  I’d mentioned when booking that we were both celebrating September birthdays by splurging on the tea, and they’d remembered.  It was a lovely special touch on a great afternoon. 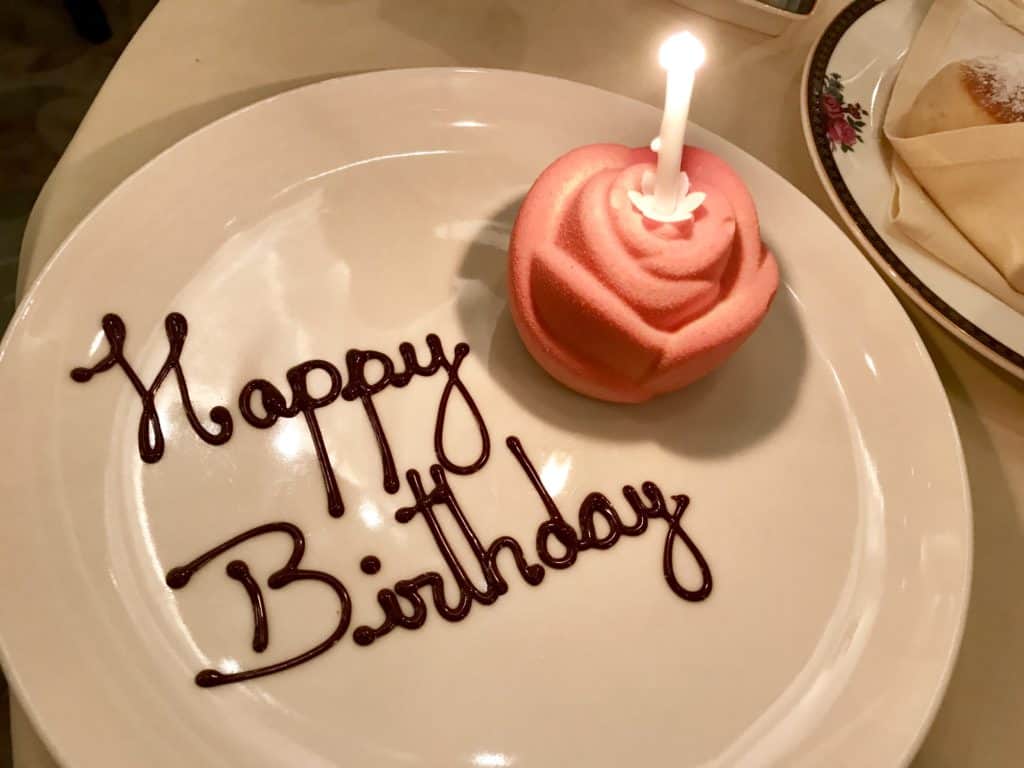 Our waiter offered to box up the remaining scones I didn’t devour, and as we paid our bills and sauntered out—considerably fuller than when we arrived—we congratulated ourselves on making excellent life choices. 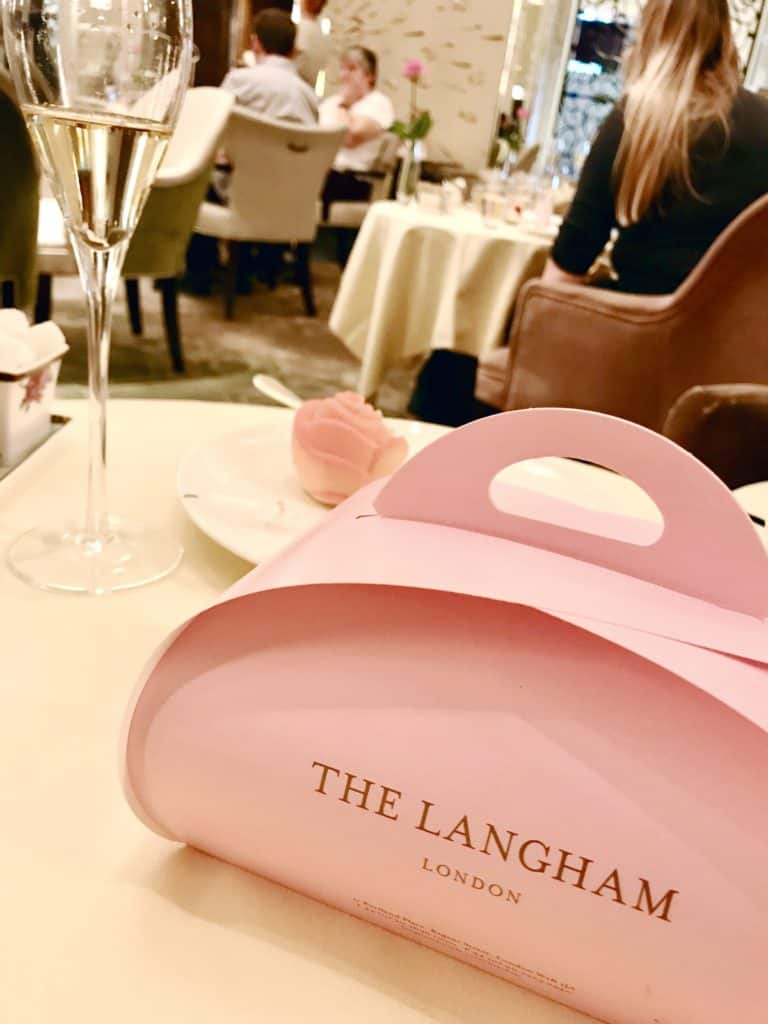 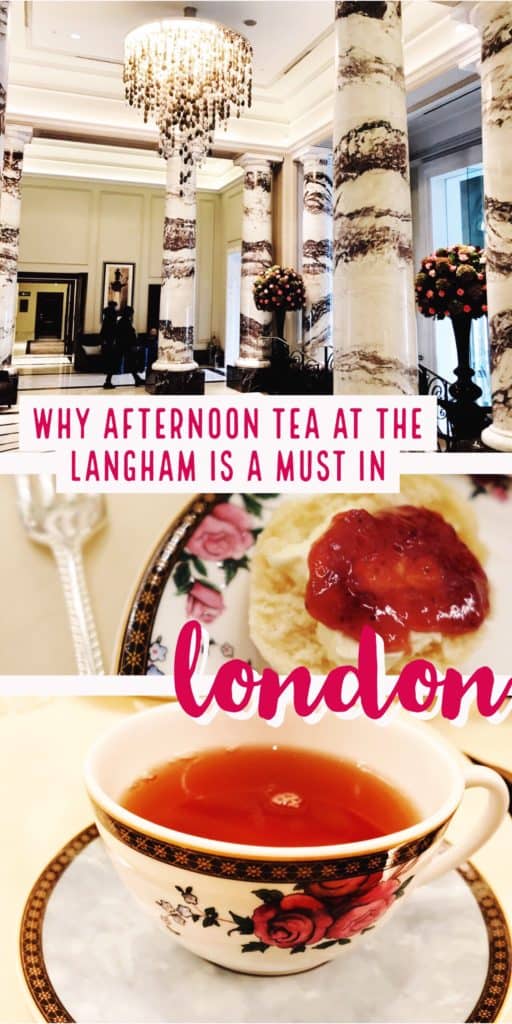 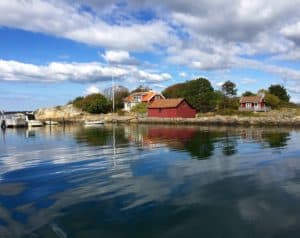 Our Last Day Sailing in Sweden, Or What to Do in Gothenburg (Hint: rent a sailboat) 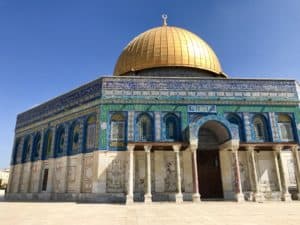