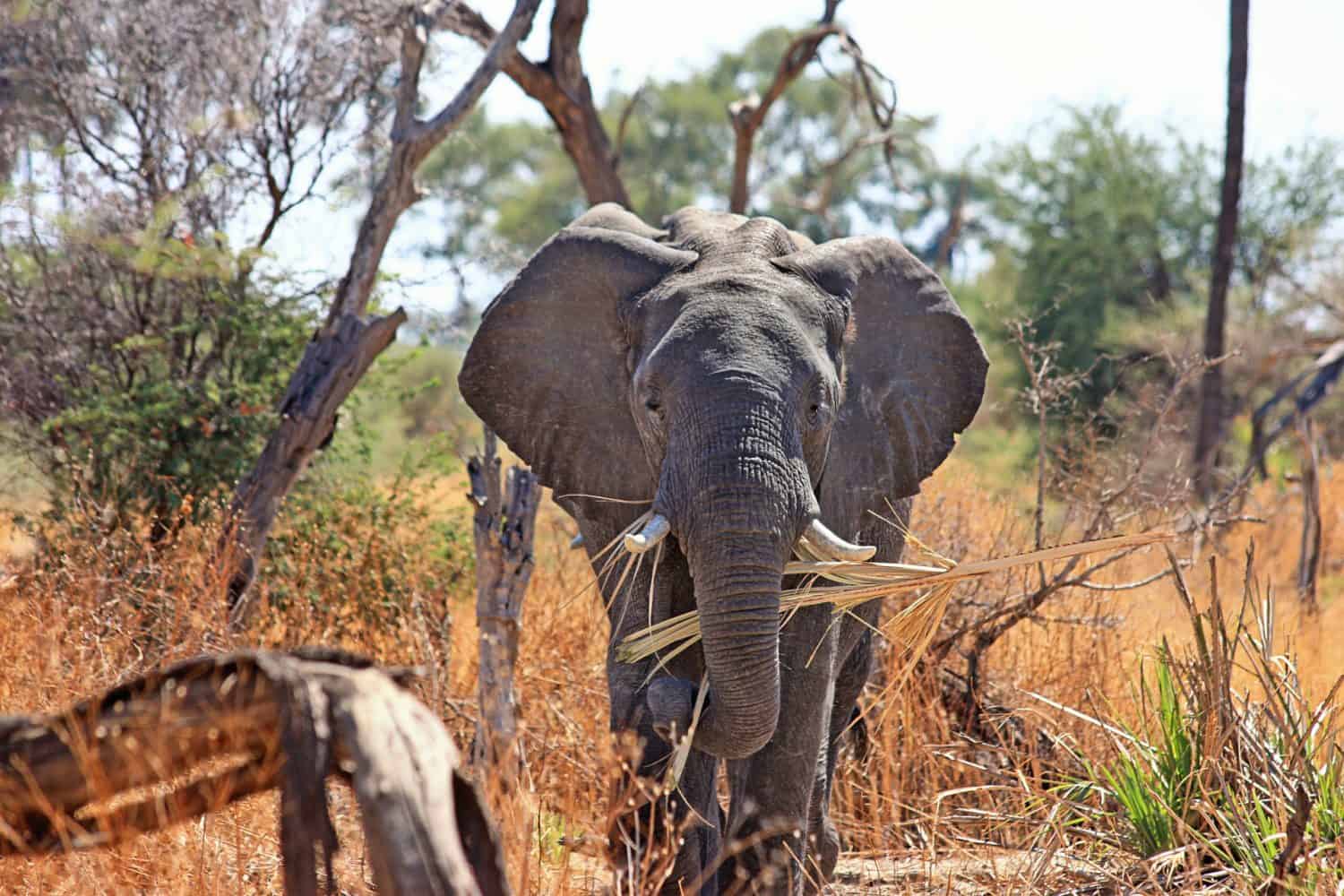 A new year, and so many possibilities.  I’ve been hard at work over my winter break getting travel plans sorted for the first few months of the year.  As always, I want to go everywhere and see everything 🙂

But, there are only twelve months and finite PTO days in the year, so here are the top places that have my wanderlust flaring up right this second.

This has been at the top of my bucket list for probably a decade, and it looks like 2017 is finally the year it will happen!

As someone who is both a huge history fan and a bible scholar (not to mention a photography nut), Petra captured my imagination the first time I saw a picture.  And I’m not alone.  Petra is one of the Seven Wonders of the Modern World, carved out of Mount Hor’s rock face in the 3rd century B.C.  My dad and I are planning to do a week in Jordan and Israel, with Petra, the Dead Sea, Jerusalem, and Masada topping the list of must-sees.

Update:  Read all about my epic 7 days in Israel & Jordan

2.  Norway and the Northern Lights

This is almost cheating, because I’m headed to Tromsø, Norway, in a week and a half.  But chasing the Northern Lights has become an obsession for millions of people worldwide, and Tromsø is one of the best places to do it.  Called the “Paris of the North”, the city’s location 200 miles within the Arctic Circle make it a prime spot for the aurora borealis.

Update:  Here’s what it’s like to chase the Northern Lights in Norway 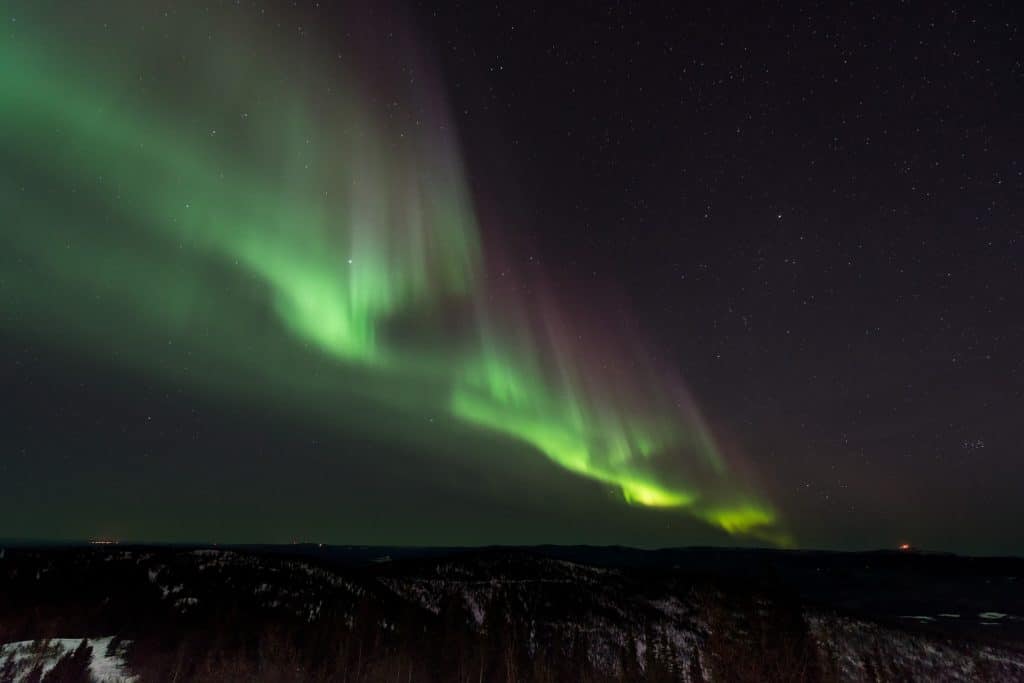 This looks fake, right?  Candy-bright colors, fanciful castles, atmospheric forests, spiral staircases.  A photographer’s dream and jam-packed with history.  The picture above is just one of the castles, and they’re all very different.

Portugal is appearing on almost every “2017 must” list I’ve seen, which is a bit of a bummer because it’s been on mine for a while and I’m worried it will get too crowded.  But Sintra has been crowded for quite a while…it’s sometimes called “Disneyland for Adults”.  That means lines and tourist crowds, but despite all that Sintra is still worth a visit.  And my parents and I will be headed here in March, so excited to finally see it in person! 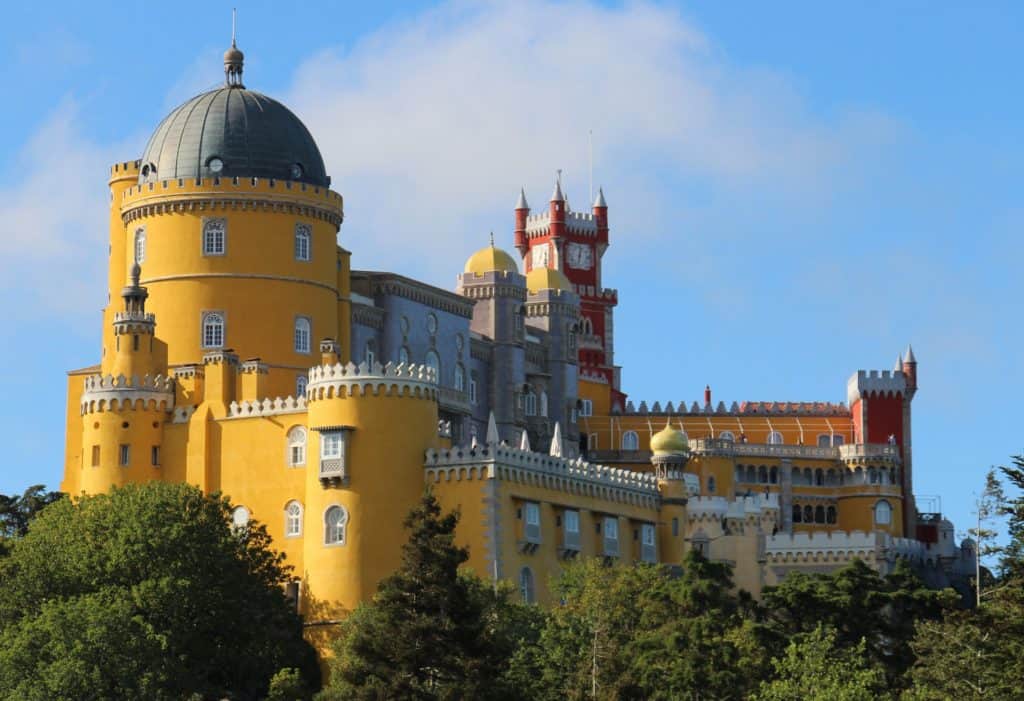 This is a perennial choice for me, because somehow every year it doesn’t quite make the cut.  But it’s a great time to visit Greece given their economic issues, and the combination of history, food, culture, and gorgeous views makes the islands an obvious destination for one of those elusive relaxation-exhilaration vacations.

(fun fact: you can see my first hotel balcony in this pic) 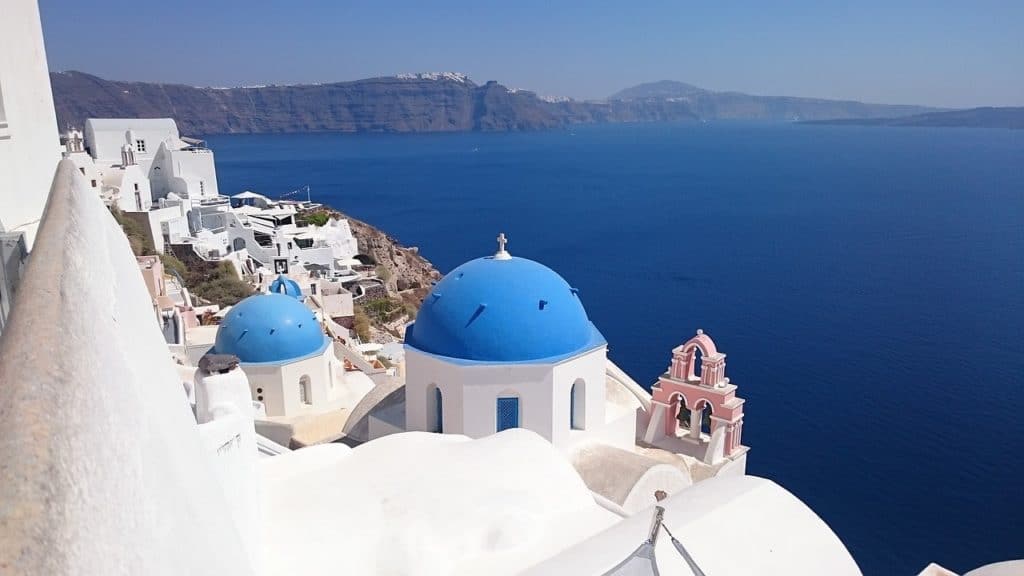 I started looking into Tallinn last year when my friends and I thought we were going here.  My friends decided that they’d rather do the south of France instead, but Tallinn had already gotten its hooks in me.  I don’t know when, but I definitely plan to visit this intriguing former Soviet country.

It’s also an easy addition to most Scandinavian itineraries, just a ferry ride away from Stockholm or Helsinki and easy access to Russia as well.  It’s much more affordable than Scandinavian countries and even most other European countries, and has a ton of history and quite the melting pot of ethnicity, culture, and folklore. 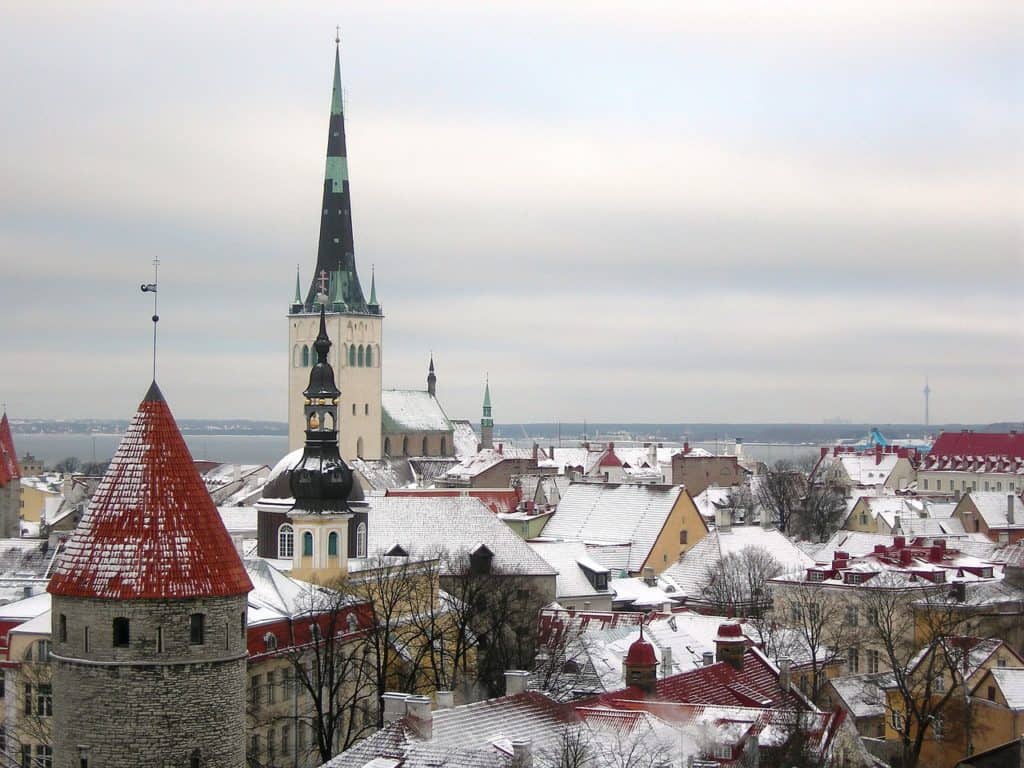 This is another that’s a sure thing for me, and I’m surprisingly excited.  That may seem like a strange statement, but Switzerland’s never really been on my must-do list.  I’ve skirted the edges (Italy, France, Germany, Austria, etc.) but never felt compelled to visit.  But I was wrong.

My parents and I planned our annual Europe trip around visiting Geneva, because my mom’s best friend is living there currently.  But as soon as I started doing initial trip research, I was blown away by how much Switzerland has to offer.  Breathtaking mountain lakes, snow-capped alpine peaks, waterfalls, trains, castles, wine country, and of course—mind-blowing cheese and chocolate.  The hardest part is going to be figuring out what we can fit in our five days there…

Update:  All the cheese, chocolate, and swans in Switzerland… 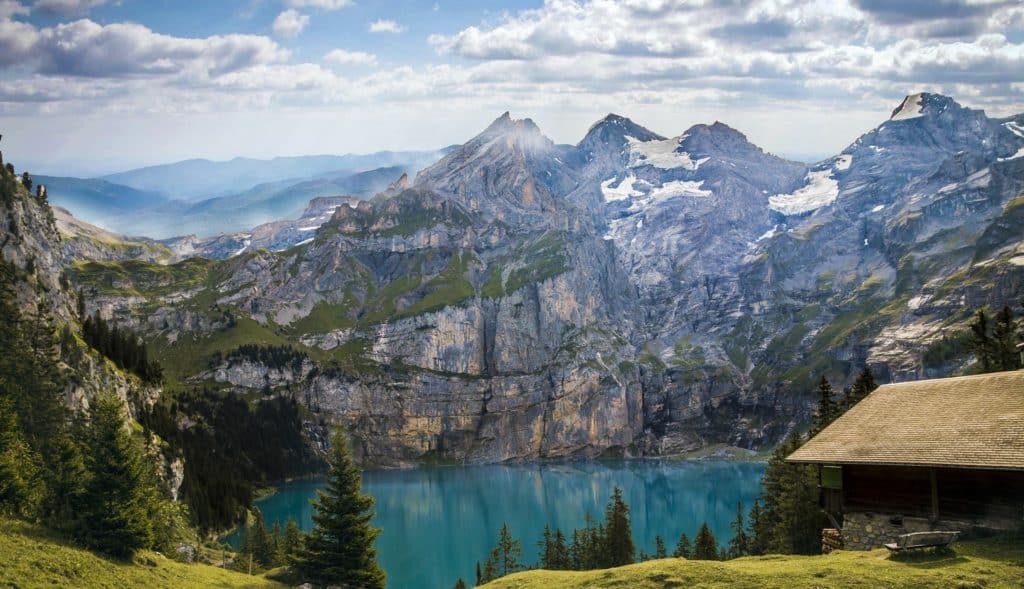 South Africa is one of the countries that offers the Big Five animals, a definite draw safari-wise.  My friend and I are trying to find a way to do this for our annual girls’ trip, since this year is a big birthday for her.

But safari is only one of the myriad attractions that South Africa boasts.  Cape Town offers craggy mountains, sparkling white beaches, wineries, great cuisine, fascinating (and complex) history.  And penguins.  Add in a great exchange rate, and you’ve got a winner. 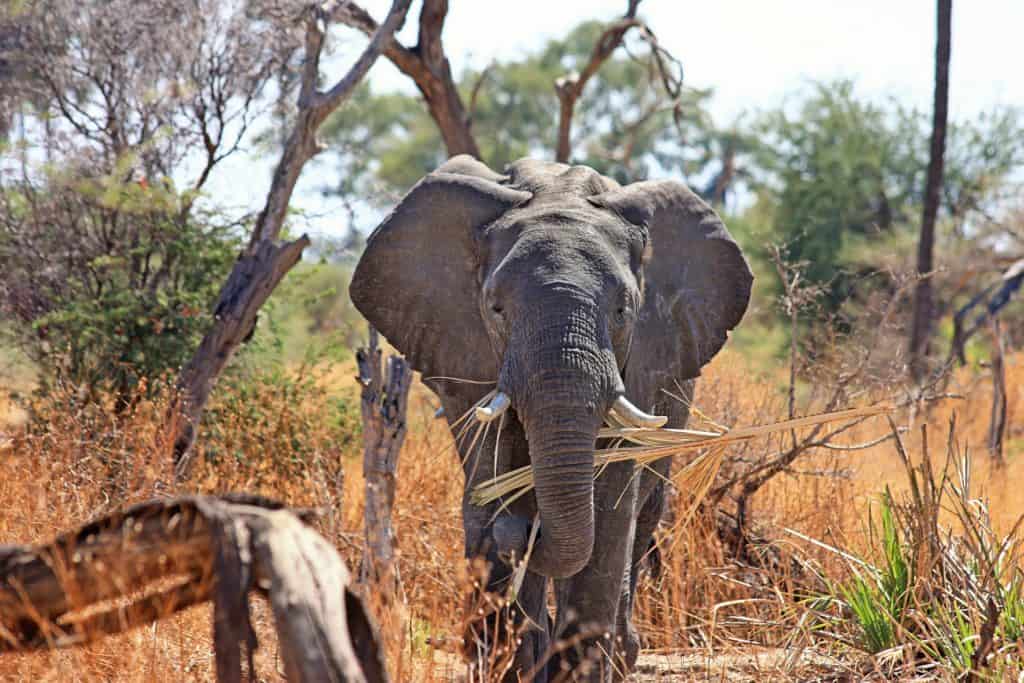 While I do feel like I’ve seen a decent amount of the U.S. over my 30-something years, I’m still embarrassed by how many of the amazing natural wonders I haven’t seen in my own country.  For instance, while I’ve been to Yellowstone a few times and spent a lot of time in the Tetons, I haven’t ever seen the Grand Canyon, Zion, Glacier, Denali, Olympic, or many of the dozens of vast national parks criss-crossing this enormous country.

And I *do* want to see them.  I’m just bad about planning domestic trips when there are so many new countries out there to visit.  So I’m making that an intention for 2017—to begin exploring the wonders of my own country with the same voraciousness that I do others.

Update:  How to Spend an Amazing 2 Days in Zion National Park 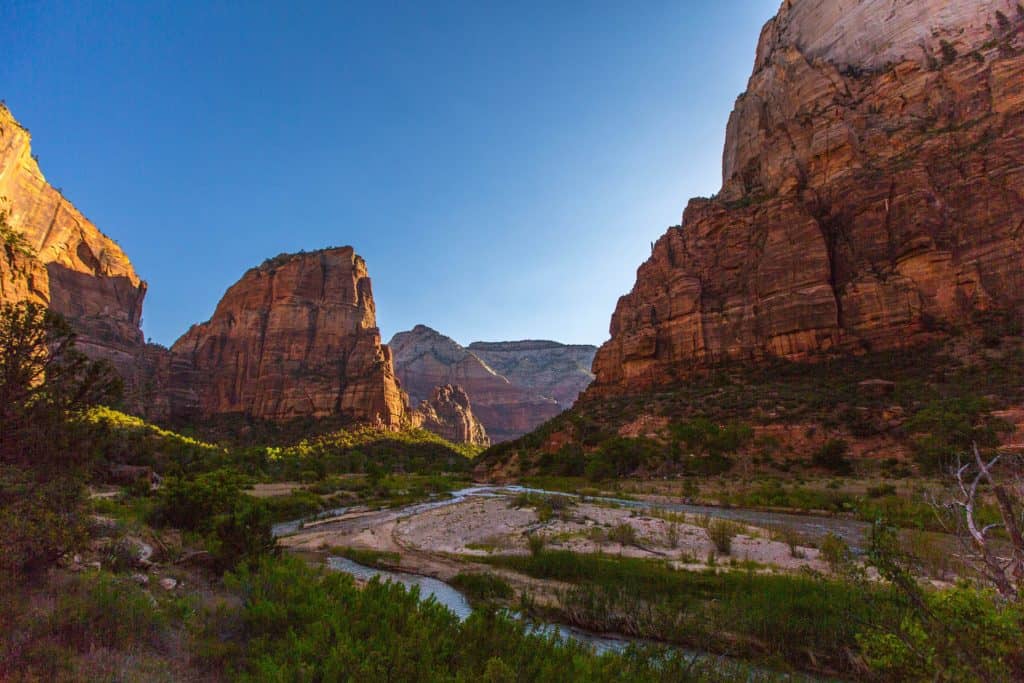 9.  Portland and the Willamette Valley

I don’t know why Portland has gotten under my skin like this, but I have to make this a long weekend in 2017.  The city itself has a lot to offer, from great craft beer and food, cute neighborhoods, beautiful nature trails and beaches.  And you can keep Napa, because my favorite American wines come from the Willamette Valley, about an hour outside Portland and at least half the reason I want to visit.  Sounds like a perfect long weekend! 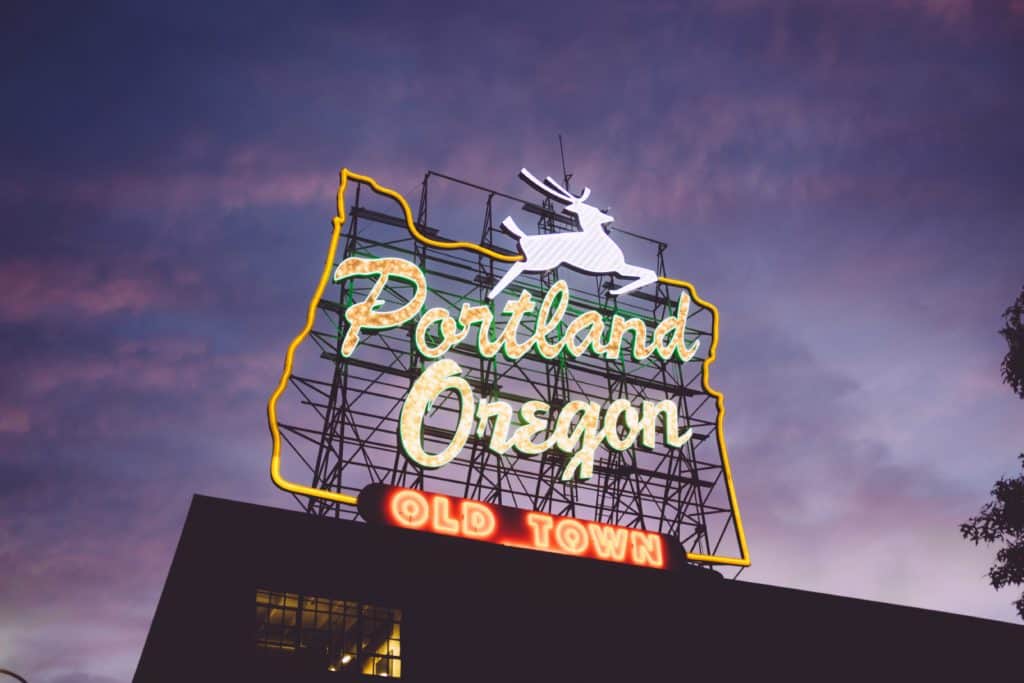 There hasn’t been a better time to visit the U.K. in decades, thanks to a Brexit’s effect on the exchange rate.  The British pound is sitting at about $1.23 USD currently, and I’m dying to take advantage.  Sure, I want to spend a couple days in London, just to see some of the great sights.  But the coasts of southern England and the wilder beauty of Wales have called to me for years, and I’m on the lookout for cheap flights that can get me there for a 4- or 5-day jaunt for starters…gotta protect that PTO time!

Update:  Some initial England explorations (with a day trip to south Wales)

What trips are on your 2017 “must” list??  Where are you headed this year?  Let me know in the comments! 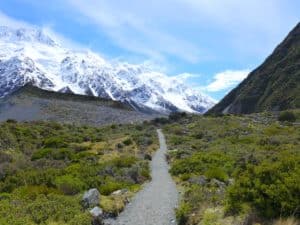 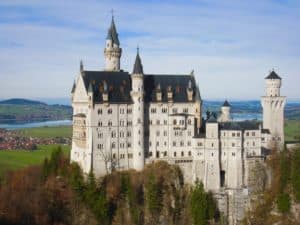