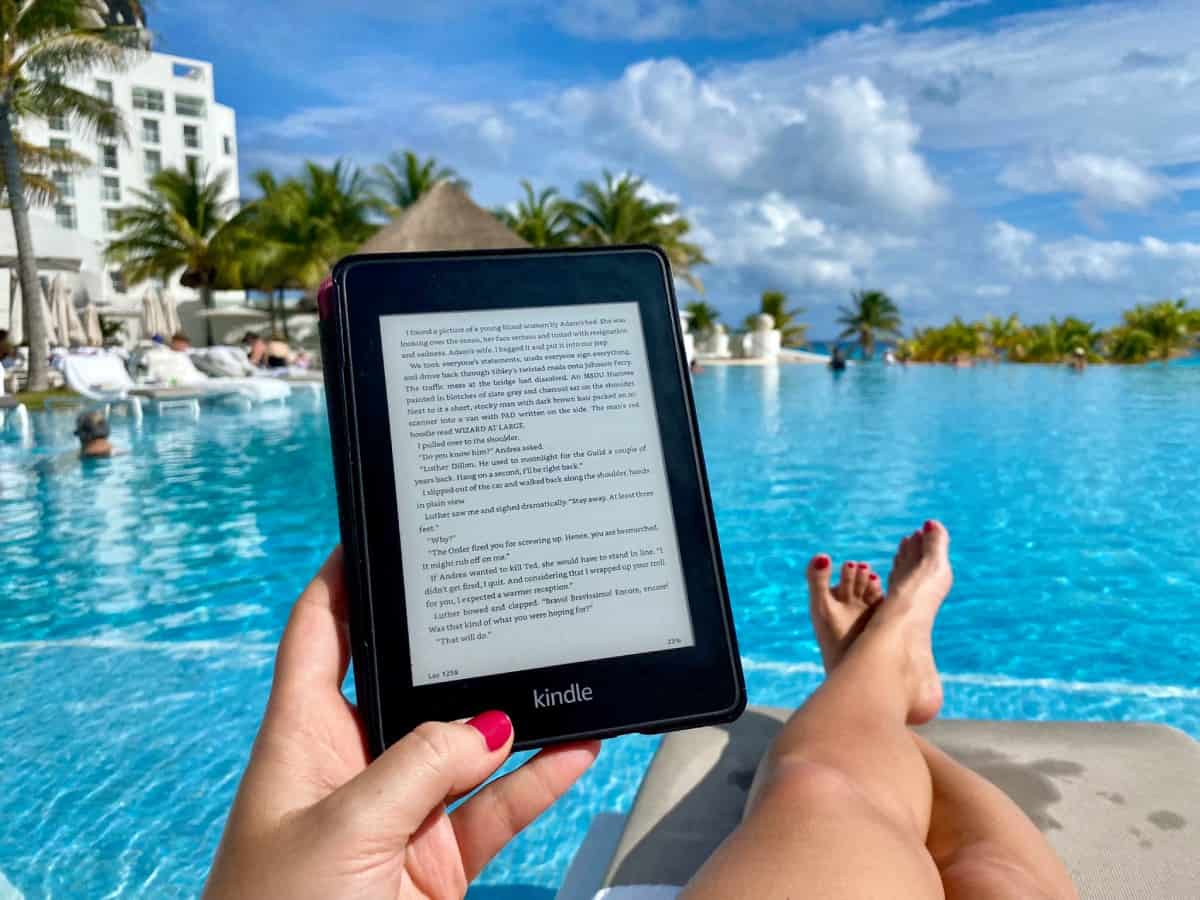 One of my biggest personal areas of focus the past few years has been getting back to a really consistent reading habit.  And that means I’ve been able to read a LOT more books!  So it’s time for my annual post about the 10 best books that I read in 2022.

An important caveat, these are *my* personal best books of 2022, but not based on when they were published but rather when I read them.  These are the ones that I really sank into and couldn’t put down, and I definitely think some or all of them should be on your list for what to read in 2023.

If you haven’t read one of my past posts, you’ll discover that my tastes are fairly eclectic but within non-fiction I typically gravitate toward history (I haven’t included the self-improvement and business books I loved but am happy to in the comments) and in fiction I tend more toward fantasy and romance since I’m usually reading fiction on a plane or by a pool.

Just a note before we dive in—these are affiliate links so I may make a small commission from any Amazon sales that come through clicks (which I greatly appreciate, and at no extra cost to you).  You can read more about this here.  All opinions are, as always, completely my own!

I realized as I put this list together realizing that I had an accidental American history bias this year.  I don’t often dive into American history as often but have pushed myself over the past year to really branch out more on topics.

I’m also appreciating how long and detailed the subtitles are in non-fiction books! 🙂

The Black Hand by Stephan Talty

The #1 thing I thought while reading this was…HOW DID I NOT KNOW ABOUT THIS??

The book’s full title is “The Black Hand: The Epic War Between a Brilliant Detective and the Deadliest Secret Society in American History”, which…whew, I don’t think I can say out loud without a breath in the middle!

It covers a handful of years starting in 1903 when New York City—and eventually the whole country—was being terrorized by bombings, kidnappings, and other gruesome crimes perpetrated by an unseen group.  It truly blew my mind reading about how widespread the violence was, how many people were affected (including public figures).

The Black Hand takes us through the rise of immigrant Detective Joe Petrosino, “the Italian Sherlock Holmes”, who makes it his life’s mission to bring down the secret society and stop the violence.

The tension in the book winds tighter and tighter as the story unfolds…I couldn’t put it down!  I highly recommend learning more about this somehow-unknown chapter of American history.

Hero of the Empire by Candice Millard

I’m sensing a theme of my loving books with absurdly long titles…the full title here is “Hero of the Empire: The Boer War, a Daring Escape, and the Making of Winston Churchill”.

Like many, I find Churchill an interesting and complex figure, and I’ve read a number of books on him.  But I specifically sought out Hero of the Empire because I knew seriously nothing about the Boer War and it seemed like a glaring gap in my historical knowledge (and I believe my friend Jason reco’d it).

I learned a lot about the Boer War and this part of South Africa overall, but it’s told largely through the lens of Churchill’s capture as a prisoner of war, and then daring escape across hundreds of miles of hostile territory.  This was my first Millard book, and I’ll definitely be reading more…her narrative style is straightforward and gripping, a very easy read.

An empire of another kind…this book taps into an area of personal passion (I work in the whiskey industry), but even if you didn’t think bourbon history was your jam, it’s a huge, hard-to-ignore part of America’s story overall.

Subtitled “The Past and Future of America’s Whiskey”, Bourbon Empire weaves its way from colonial times to Gilded Age politics, the rise of the distilling industry to the dark days of Prohibition, and everywhere in-between.  From economics to politics to culture and taste, America’s spirit has played a key role in shaping the nation over the past few hundred years.

Whether or not you’re a whiskey person, this is a super easy and enjoyable read!  (I kept trying to read slower to prolong the enjoyment…my ultimate compliment.)

The First Conspiracy by Brad Meltzer

This year I tried to challenge myself to branch out of the historical time periods I gravitate towards (typically WWI, WWII, or medieval history).  There are many historical timeframes that I just don’t find as compelling, including the American Revolution time, so I consciously sought this book out to broaden my horizons.

Subtitled “The Secret Plot to Kill George Washington”, I found this to be a great choice on that front.  As the Revolutionary War was just beginning to ramp up, there was a secret plot to assassinate George Washington that involved members of his personal guard, the Governor of New York and Mayor of New York City, and a network of spies.

The First Conspiracy very deftly jumps between the different players’ points of view as they converge to the moment of truth.  It’s a great way to immerse yourself into the people, places, and politics of the Revolutionary War without having dry facts and figures shoved down your throat.

Blood and Whiskey: The Life and Times of Jack Daniel by Peter Krass

I picked this one up on a reco from a coworker when I was working on other alcohol brands, and I’d gotten one chapter in when I got moved over to the Jack Daniel’s team.  So I set it aside for a year or so, because it felt like an extension of work rather than a personal indulgence.

But once I came back to Blood & Whiskey, I fell into the book’s narrative, not only as telling the story of America’s biggest whiskey and the rise of an all-American brand, but as a reflection of the society it was happening in.

From Civil War battles in rural Tennessee and the crushing poverty that followed, to exhibitions at World’s Fairs, to becoming the first registered distillery in the U.S., it’s the story of one (diminutive) man from a tiny town carving out a name for himself.

The Fifties by David Halberstam

I love how this book is like “we don’t need no stinkin’ subtitle!”  It is simply THE FIFTIES.  Did anyone else’s American history classes in school end right after World War II??  Up until recently, my knowledge of events after that was…fuzzy at best.  I’ve been listening to a ton of podcasts and now reading some books to change that.

I won’t lie to you, this book is a bit of a beast at 730 pages, but don’t let that put you off!  It’s actually a really fascinating and easy read, not a slog at all.  Yes, it’s long—it IS a full decade, after all—but it has to be in order to cover everything from the H-bomb to Korea, Cold War spies to Marilyn Monroe, the rise of American suburbs to the Civil Rights movement.

What’s amazing about this book is that it doesn’t just take all those as individual topics chapter-by-chapter, but recognizes how intertwined they all are and helps readers connects the dots between trends and events with a deft hand.

So now that we’ve filled our brains with knowledge, let’s move on to more fun, frothy fiction! 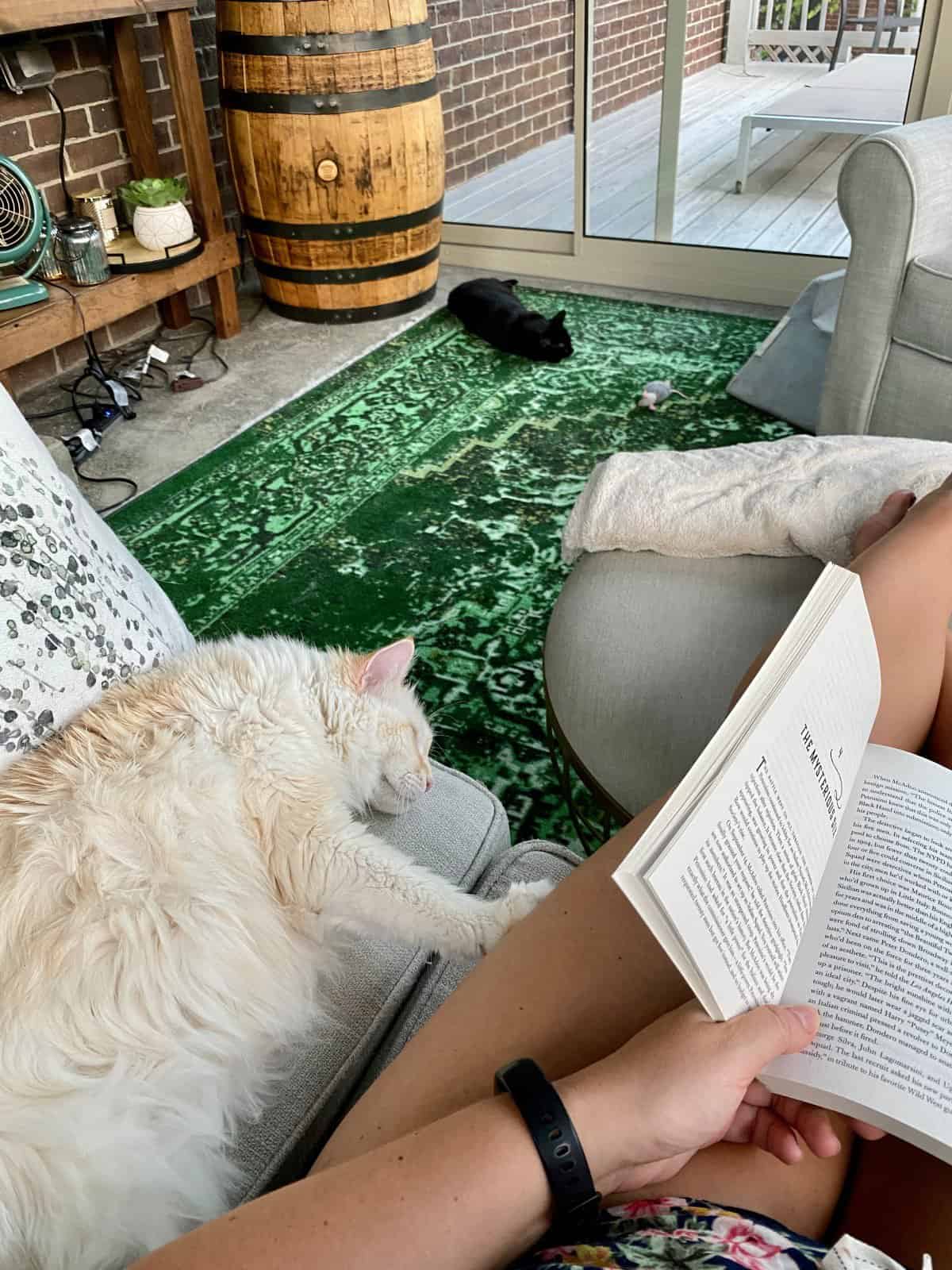 My fiction tastes tend toward romance and fantasy, and I pretty much exclusively read fiction on my Kindle Paperwhite (my true life partner), on a plane or by a pool—where I just want something fun!

Half of these fall into the adventure-ish fantasy genre, but with strong romance storylines, snappy and relate-able dialogue, great chemistry, fun characters, and fully-realized world building.  The other half are pure, frothy contemporary romance.

The Kingmaker Chronicles by Amanda Bouchet

The fourth book in this series came out this year, which gave me a good excuse to go back and read the whole thing over again…funnily enough, on a long flight to Greece.

Beginning with A Promise of Fire, this fun fantasy series (which includes strong romance and action elements) is set in ancient Thalyria and neatly incorporates Greek gods and elements of history/the classics while coming up with a unique magical world.  The heroine, Cat, is smart, capable, funny, and kick-ass, and the surrounding characters are rich and interesting.

Note, if you’re turned off by series that feel like they go on indefinitely, this is not one of them…Cat’s biggest story is told in the first three books, and then the fourth book picks up the story and shifts POV to different characters moving forward (so you feel like you get good closure in the third book, and the fourth feels like starting a new series).

The first in Clayton’s loosely-tied together Hudson Valley Series (which includes Cream of the Crop and Buns), this was a delightful and uncomplicated romp.  I’m a sucker for food-focused romance novels, and this one doesn’t disappoint, with sensual food descriptions, plenty of innuendo and great dialogue, and a LOT of sizzle.

I ended up loving all the books in this series, and if you’re looking for a fun, not-super-angsty romance, Nuts is a winner.

The Wedding Party by Jasmine Guillory

Last year was a bit of a dry spell on contemporary romance novels that I really connected with, but I did really love Maddie and Theo’s story.  It’s part of a series but can be read standalone (and I’ve enjoyed all the books in the series).

The Wedding Party is a classic enemies-to-lovers plot, but with really likable characters who have great chemistry.  They’re both best friends with the same person but can’t stand each other…but when they’re thrown together constantly for their friend’s wedding, sparks fly.

This book (and series) kind of defies good descriptions…the heroine is weird, brash, self-involved, often tacky, and definitely funny.  The world-building is strong, with all sorts of fun fantasy elements.

I’ll be honest and say she was a bit of an acquired taste, but it’s nice to find a fresh, unique voice in the category.  Definitely worth a read!

So there you have it, my 10 best books of 2022…the ones that I loved the most, was entertained by, or learned a lot from.  I think you should have all of these on your list of what to read in 2023 and beyond! 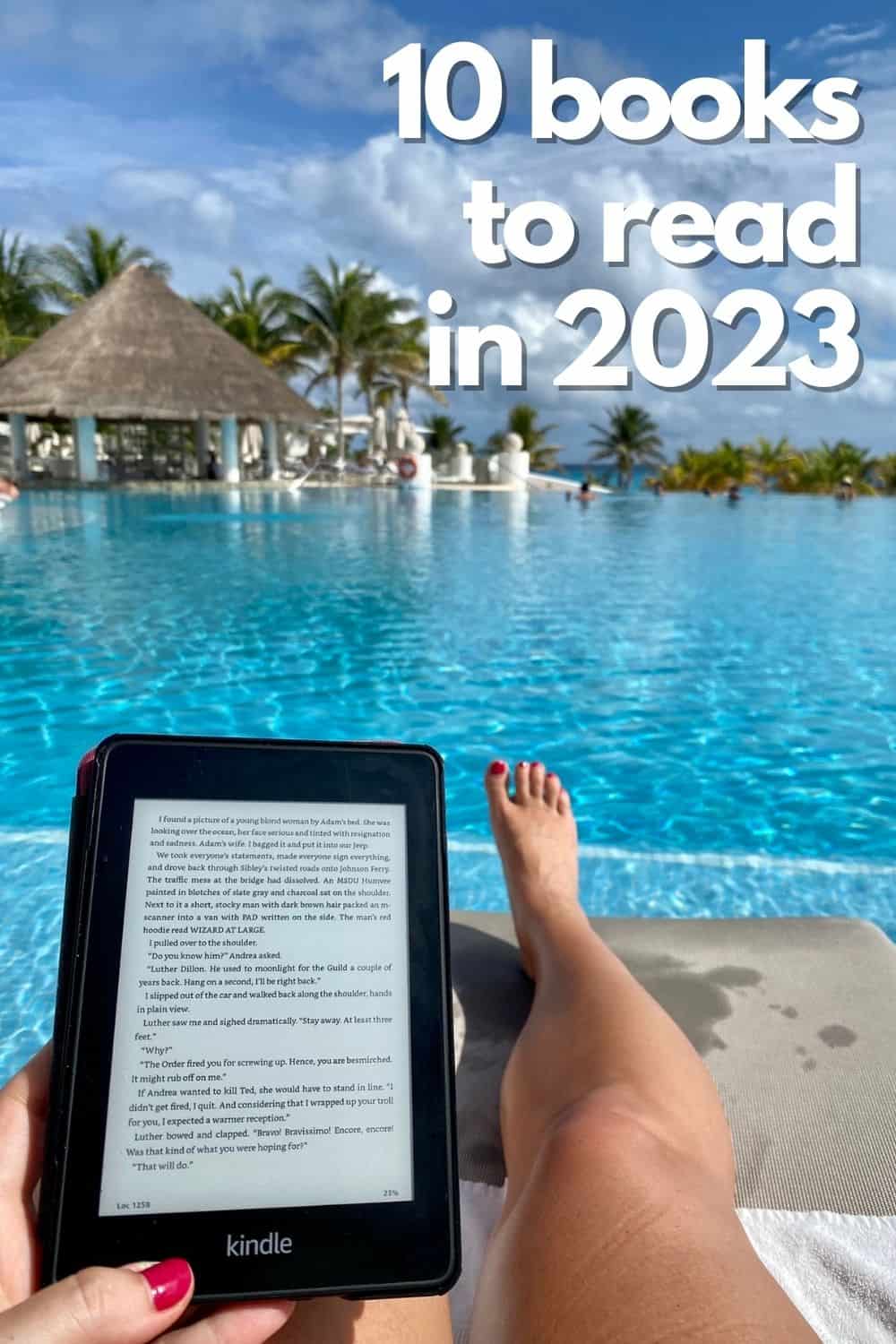 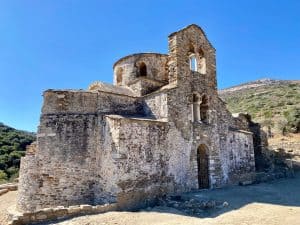 An Accidental, Awesome Discovery of Agios Mamas In Naxos, Greece 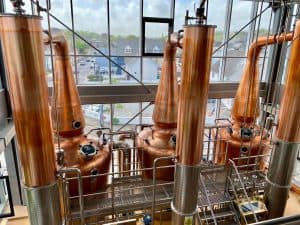 A Tour At Ireland's Clonakilty Distillery...With An Impromptu Trip To Galley Head