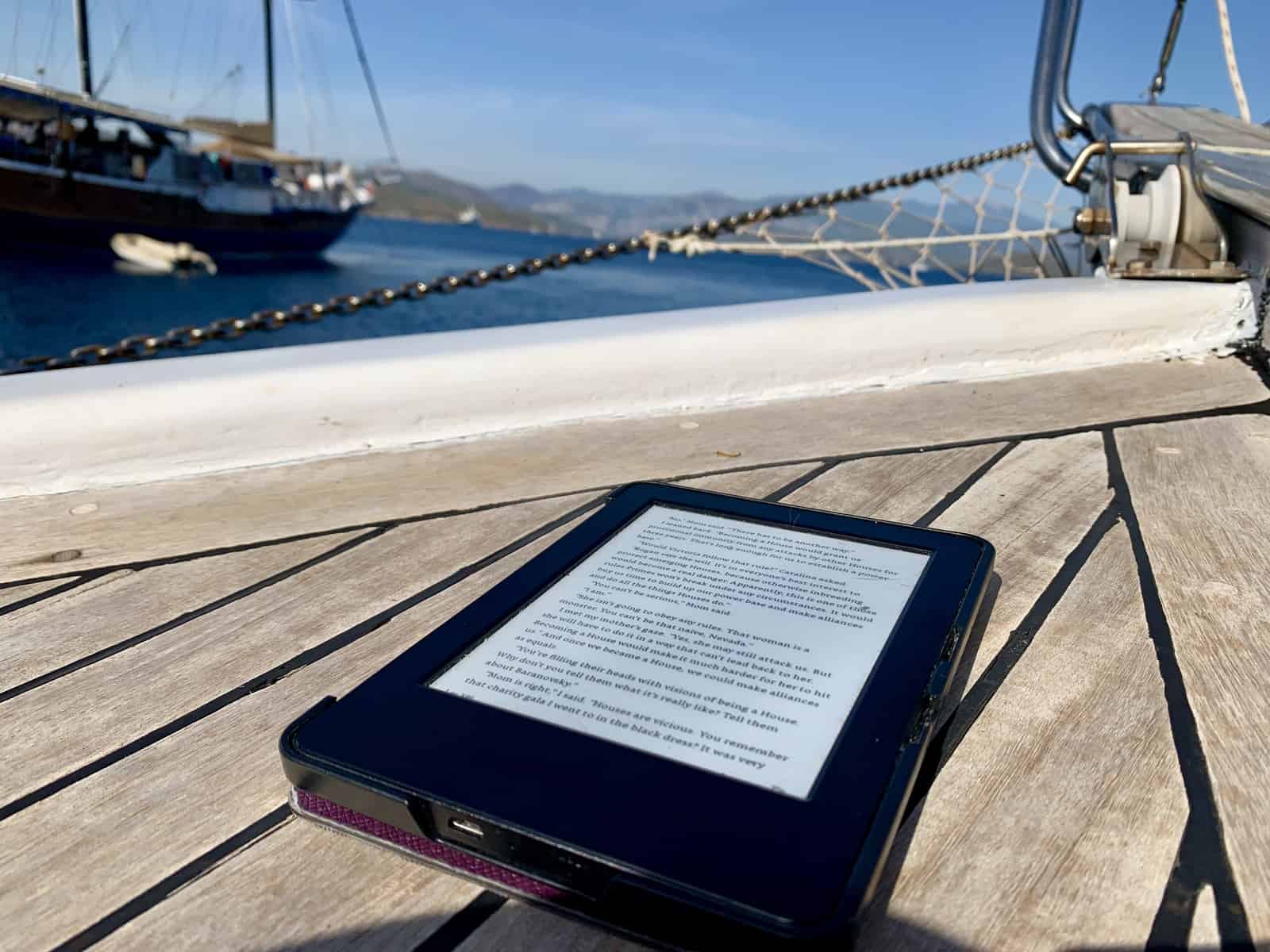 I basically have the attention span of a gnat when it comes to watching a movie or TV show.  Or pretty much anything else…except reading.  For some odd reason, reading is the one thing that I can sit and do for hours, and not even realize much time has passed.

And I felt like 2019 was the year I really got back to READING.  On the one hand I consciously carved out time for great non-fiction books again.  And then I just got fed up with schlock color-by-number romance novels that just felt so *done* and boring, and seeking out new authors because I believed the genre could do better.

So I wanted to share some of my personal “best books of 2019” list…this list is a combination of the best books I read *while* traveling (often more fun/entertaining), and non-fiction books I read at home related to the destinations or cultures that I’ve visited or want to explore.

Those who know me well know that my fiction tastes tend toward romance, particularly because I mostly read fiction on planes and need something fun.

So the majority of these would fall within the romance genre, but elevated themselves through great and relate-able dialogue (including things that literally make me start giggling uncontrollably on planes), characters I fell in love with, and plots I couldn’t stop thinking about later.

I’ve been a fan of Ruth Reichl’s food writing for years, since I first met her at a wonderful small lunch in Atlanta and subsequently read her amazing “Garlic and Sapphires” (a memoir of her time as food critic for the New York Times).  I’ve read a few of her different memoirs, but I’ll admit I felt some trepidation about her first novel.

But Delicious is a true love letter to New York.  The food descriptions were, as I’d expect, lush and stunning.  But I really loved her characters, their relationships, and in particular the narrator and the mystery she was trying to tackle.

Enemies to lovers is a time-honored trope, but The Hating Game makes them feel fresh and charming.  Joshua and Lucy have been work nemeses for a long time, but over the course of the novel come to know each other accidentally outside of work, and the natural and not-rushed way this happens really worked for me.  Great dialogue and believable characters—a winner!

I was a little skeptical (I’ve listened to Linda Holmes for years and she’s a good journalism writer, but I wasn’t sure how I’d feel about her as a *romance* writer).

And yes, it was occasionally overly-specific and over-quirky.  But Evvie Drake Starts Over has such a heart and sweetness, a slow and quiet progression and complex intimacy.  It’s definitely a must on your list.

The Flatshare: A Novel – Beth O’Leary

It takes talent to write a compelling romance novel where the two main characters don’t even meet until most of the way through the book.  When put that way, it sounds crazy.  But The Flatshare is so real and lovely (even if Tiffy is a little hard for me to relate to) that you don’t even realize it.

A romance novel set at a Renaissance faire.  No, it’s not the setup for a joke.  I wasn’t sure what to expect, but I assumed it would be a little cheesy.  But Well Met uses the quicky and bizarre setting of the ren faire to tell a very normal story.  The characters have great chemistry, and I found this book a total delight.

Don’t You Forget About Me: A Novel – Mhairi McFarlane

This was my first Mhairi McFarlane novel, and after reading it I immediately loaded up my Kindle with a few more.  Don’t You Forget About Me is about a woman who end up working in a bar that is co-owned by her first love, who she hasn’t seen since high school.

Except he apparently doesn’t remember her.  Commence some angst and some getting-to-know-you and all that.  Good dialogue, characters who are fleshed out and you love, and an overall fun vibe—what’s not to love??

Down Too Deep – J. Daniels

The title Down Too Deep is weird and sounds dirty, so I keep forgetting that I loved this book, and what it’s even about.  This one hit me in the feels, but not *so* heavy that I couldn’t also enjoy it.

Two single parents becoming friends, and then trying to figure out if more than friends is in the cards.  But including lots of light, fun, and very real feelings.  I’m doing a terrible job of describing it, but it definitely falls into contemporary romance, not depressing adult fiction.  Just give it a try!!

One other note…I haven’t included any of my favorite urban fantasy books in this list—also plane faves—but have a separate post all about urban fantasy series I love.  Please don’t ask me to explain what “urban fantasy” is, because I can’t.  I have no idea what to call the genre.  Great world building and fantasy or sci-fi elements, kick-ass heroines, zippy dialogue, usually some romance, and more?  Whatever you call that, I love it and there are many amazing series for you if that’s up your alley.

I’ve really loved diving back into more non-fiction books, and below are my three favorites from 2019.  I read a few that were fine but just kind of dry and dense, but you should see the stack I have queued up for 2020 🙂

I absolutely loved Start-Up Nation and devoured it right after coming back from Israel.  My friend Steven (who played tour guide for us in Israel) had recommended it, and it really does a great job of bridging history with the modern nation to give you a sense of the culture.

The sub-title is “The Story of Israel’s Economic Miracle”, and the book’s specific focus is on how the country’s insanely successful entrepreneur and venture capital industry has been shaped by the country’s culture—its people, history, land and climate, and outside threats.  It’s super interesting and I highly recommend it.

It was both personal and professional nerdery that drew me to this book, which was recommended by one of my media agency dudes.  I plowed my way through Proof on a completely rain-soaked week in Costa Rica, with a gin and tonic in my hand.

It did a great job of making the science pieces accessible and interesting, as well as bringing in stories of history, culture, and more to provide a well-rounded picture of both process and why humans keep doing this.  If you’ve ever wanted to have a better grasp of both the history and science-y bits of alcohol, this is a good place to start.

In the Garden of Beasts – Erik Larson

This one’s a mouthful, because the *actual* title is “In the Garden of Beasts: Love, Terror, and an American Family in Hitler’s Berlin”.  It also gets an asterisk, as it’s technically in a gray area between fiction and non-fiction (I think the term they use is “creative non-fiction”).

In the Garden of Beasts was not the first Erik Larson I’ve read, but it is my favorite so far.  It tells the story of an American ambassador and his family who were posted in Berlin in the early-to-mid 1930s, as Hitler was coming to power and cementing his hold on the nation.  While I’ve always loved to learn more about the WWII era, that critical time in the 1930s is often overlooked, so it was really interesting to see a few people’s first-person experiences represented.

So there are some of my best books of 2019!  I’m already working my way through some great books in 2020, and I’m always looking for

more recommendations…hit me up in the comments with some of your recent faves! 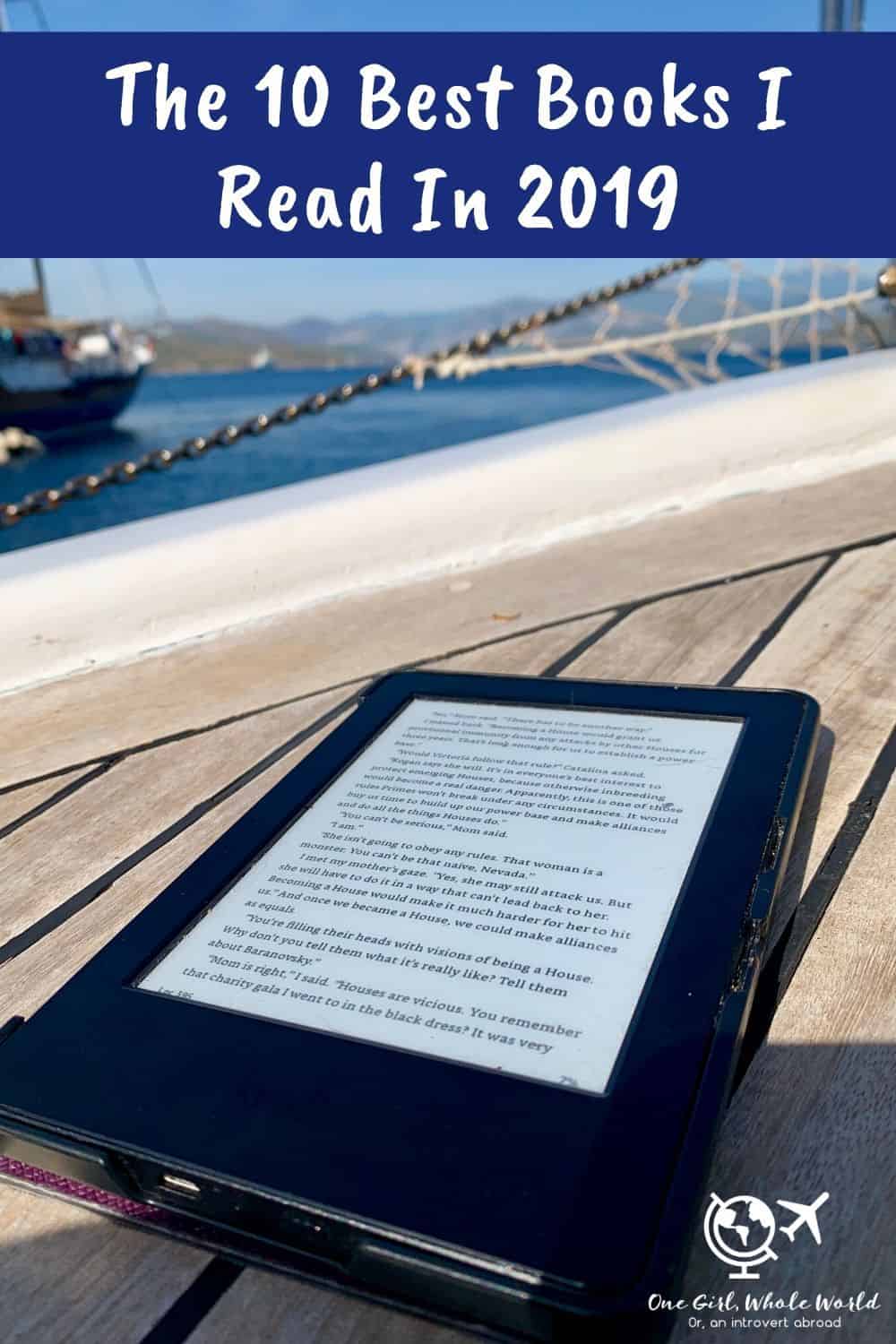 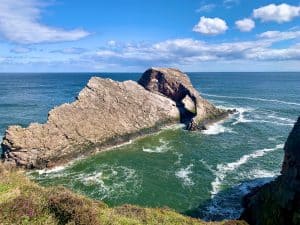 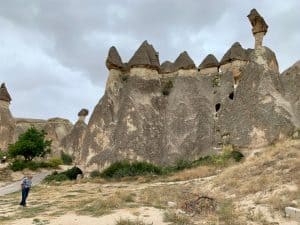 A First-Timer's Guide To Cappadocia, Turkey

A stunning view from the Point Imperial stop along

Snow Canyon State Park flies under the radar a lit